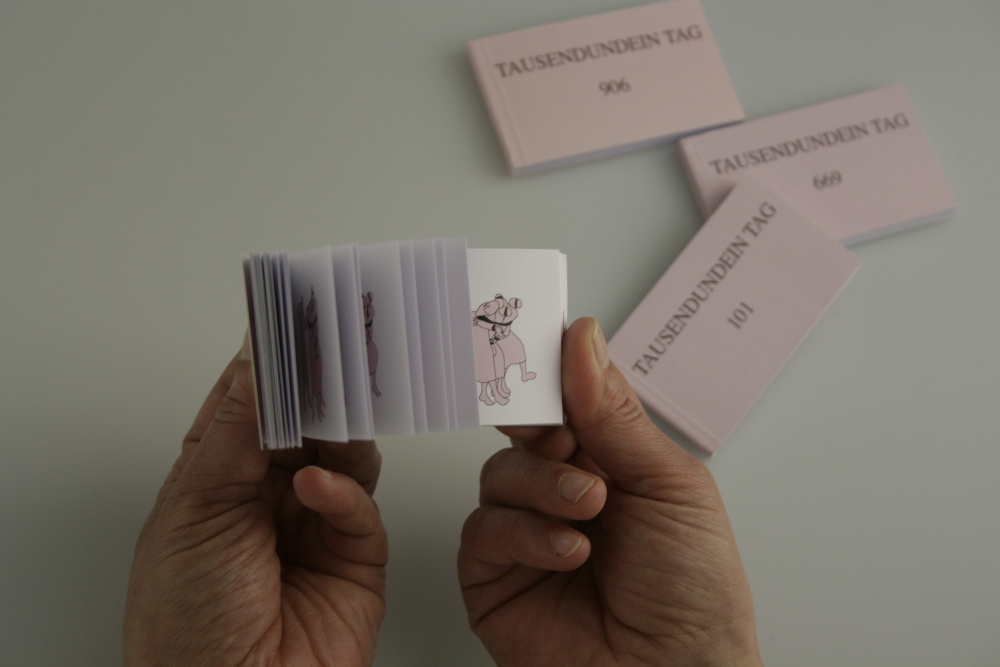 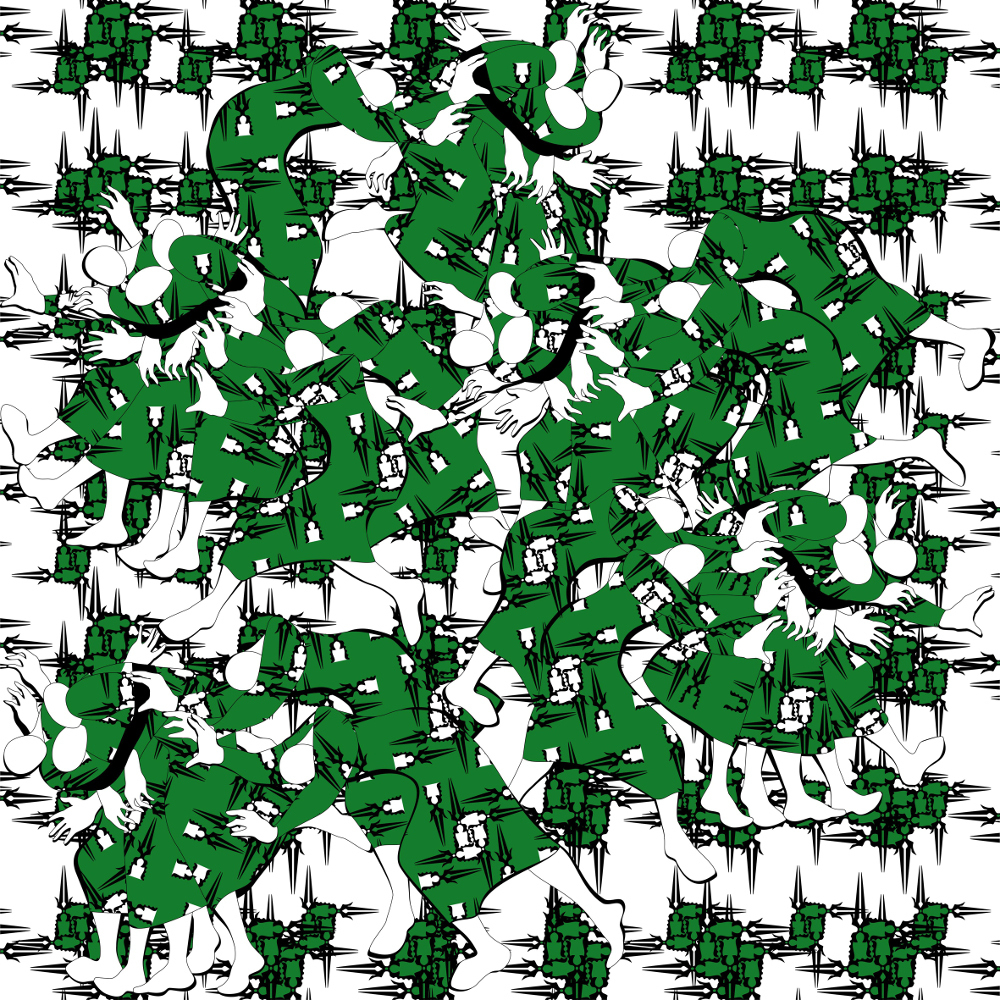 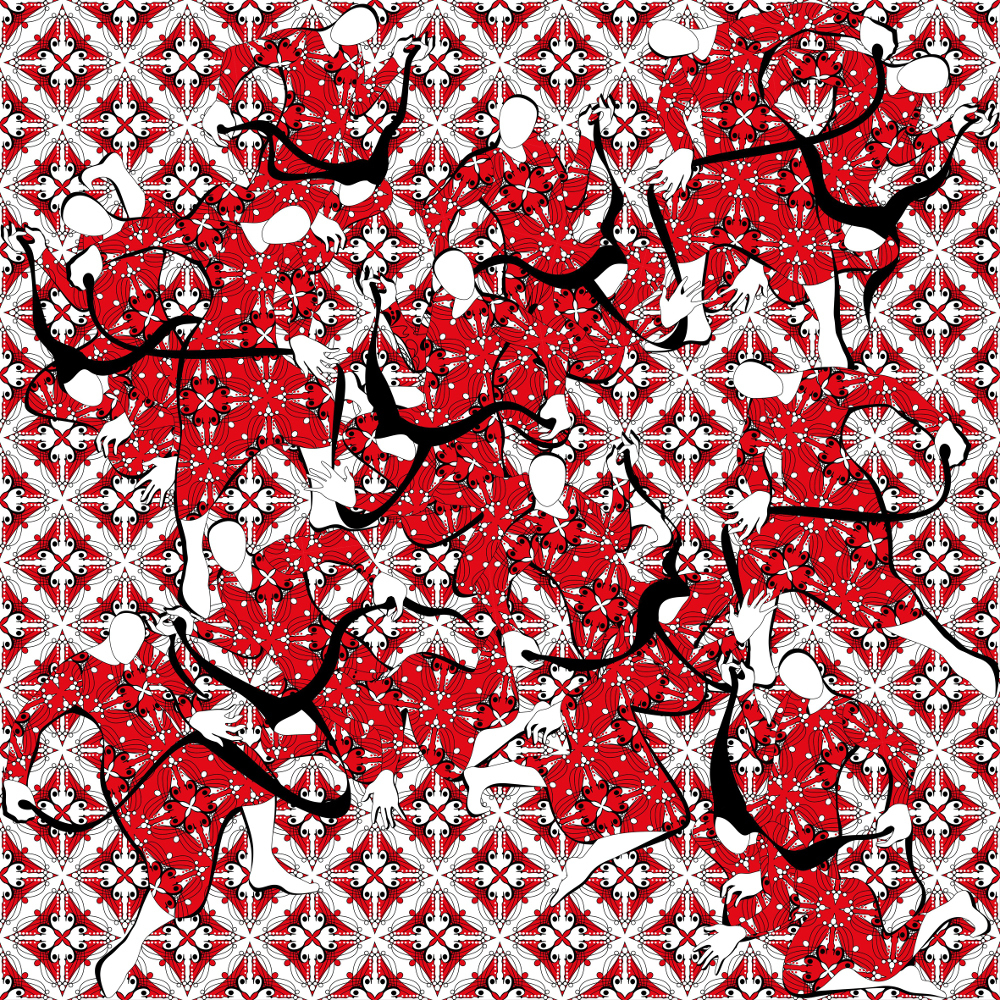 Parastou Forouhar left her native Iran to study in Offenbach, Germany due to the withdrawal of freedoms she was subjected in the years following the Iranian revolution. She has remained a vocal critic of the regime ever since.

Forouhar’s practice examines the power structures within certain authoritarian political systems, with particular attention to how they block oppositional discourse from entering the public sphere and the partial invisibility of women through veiling. Through her work, she processes very real experiences of loss, pain, and state-sanctioned violence through animations, wallpapers, flipbooks, and drawings.

A recurring motif within her work is a faceless figure with smooth, pink, shaven skin and no identifying facial features. Depicted in loose, flowing robes, these sexless figures can be split between two groups: the subjugated that often have their hands and feet tied, and the subjugator, who is often stoning, strangling, or otherwise abusing the former. Repetitions of these figures are often fused together to form patterns imitating the patterning on Persian carpets, transforming an Orientalist design into melancholic tableau.

Forouhar remains acutely aware of herself as an Iranian in the west at a time when interest in Middle Eastern art and culture has increased. She is aware of the assumptions made about her and her practice and therefore works to actively undermine these Orientalist clichés. In this sense, her work is not restricted to simply observing the realities of Iranian life but also holding a mirror up to the western gaze.

For Forouhar’s first exhibition at Pi Artworks London she will juxtapose early milestones in her artistic practice with recent pieces to give an overview of her work. The artist will also create a newly commissioned iteration of her butterfly wallpaper series on the gallery’s main wall. At a distance, the work appears to depict a glut of butterflies with wings covered in rushes of exotic colours, but closer inspection reveals the insects’ wings to show densely packed repetitions of the artist’s faceless, maltreated figures and their tormentors.