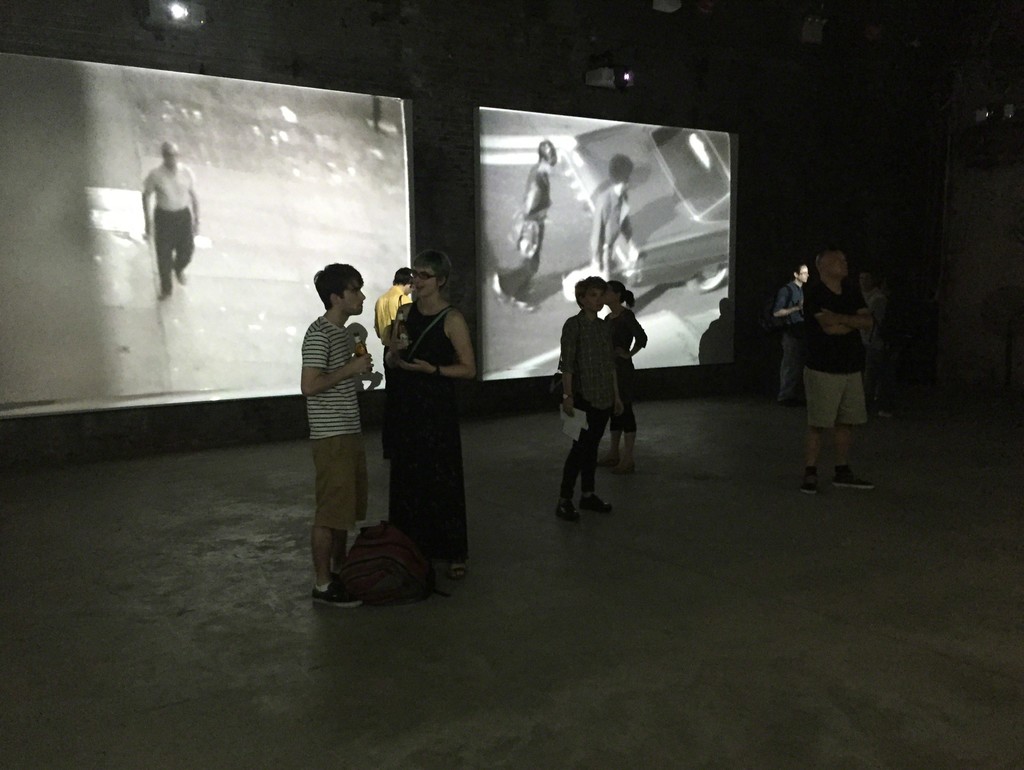 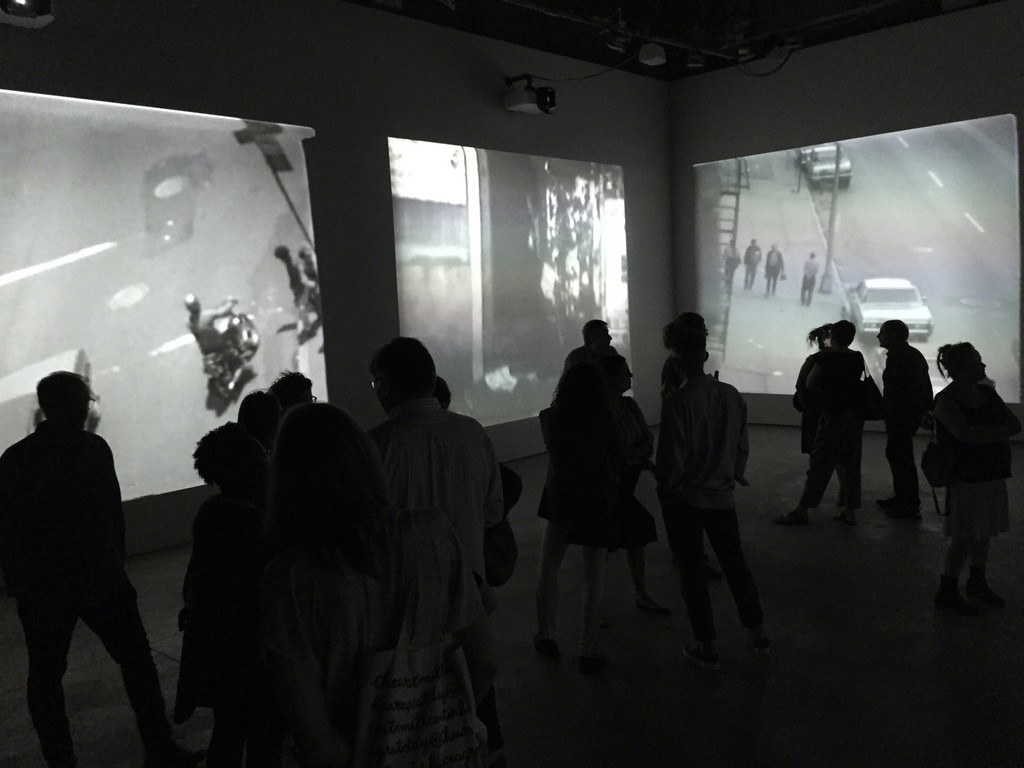 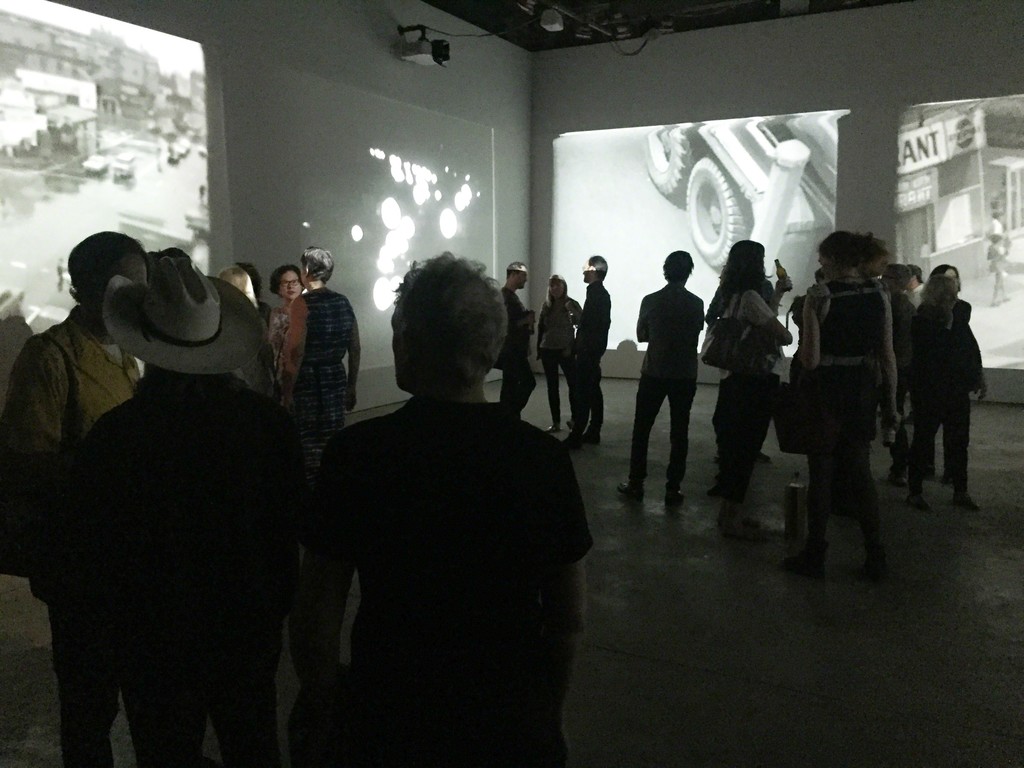 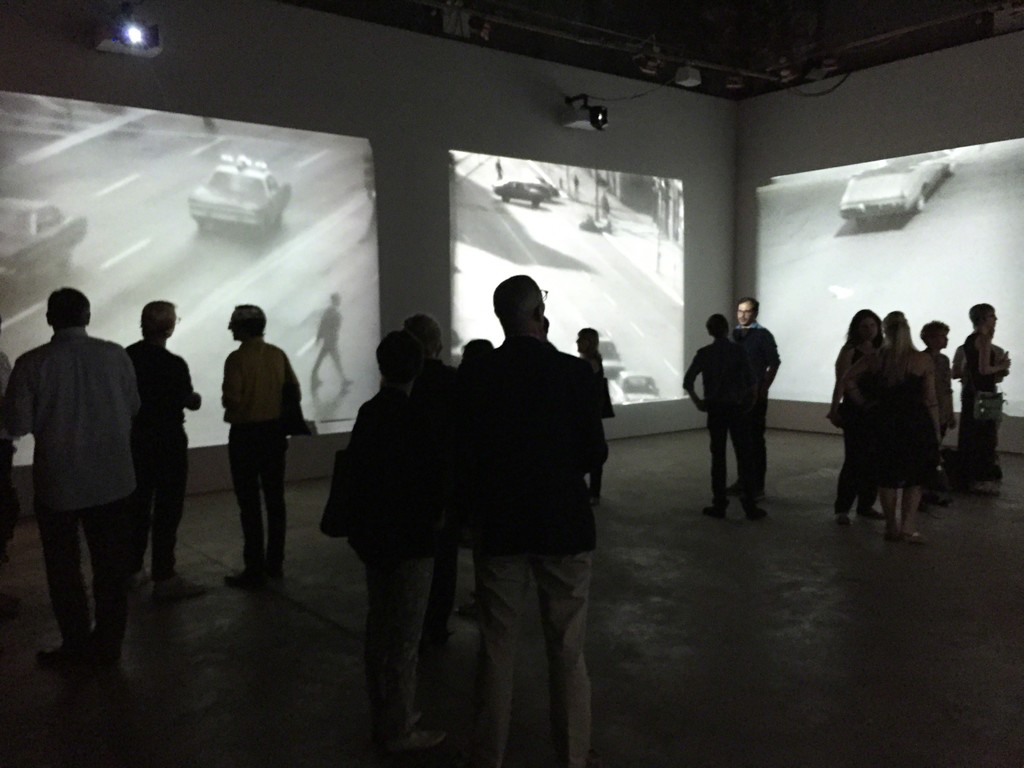 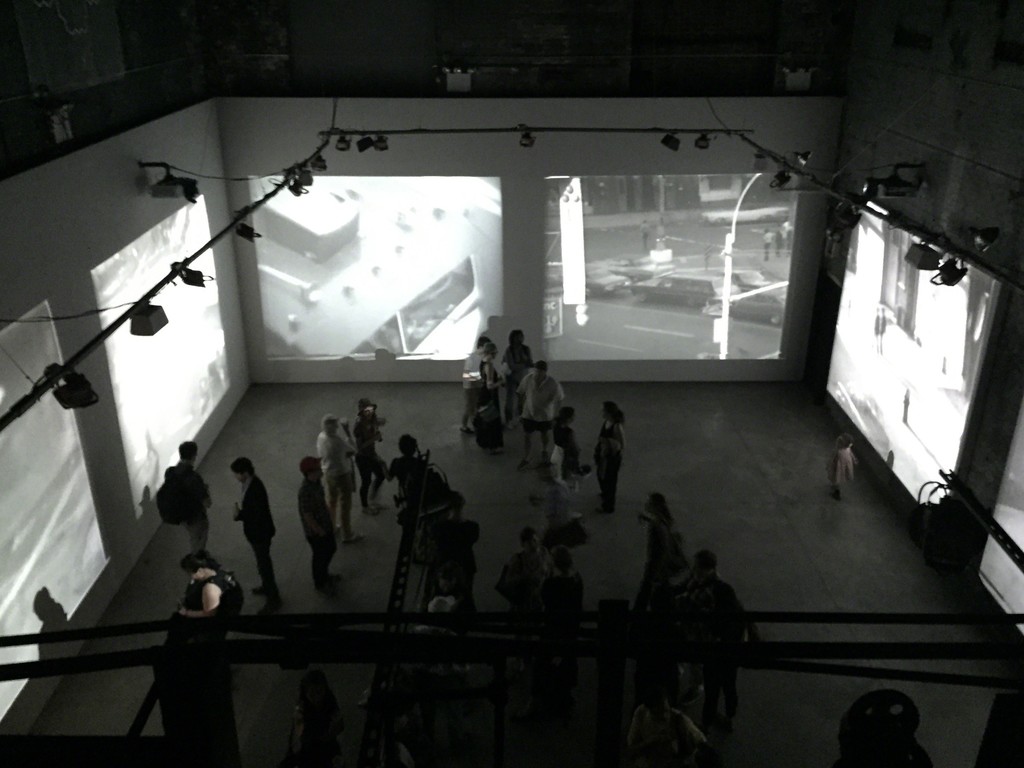 Pierogi is proud to present Aldo Tambellini’s “Atlantic In Brooklyn (1971–72)” — last exhibited in 1974 — at The Boiler in a frieze-like installation of six life-size projections.

Aldo Tambellini, a formative figure in expanded cinema in the 1960s, was recognized for his camera-less films, videos, and experimental television, which he synthesized into immersive multimedia installations presented at clubs and theaters. In his performances, that Aldo called “Electromedia,” he collaborated with avant-garde dancers, poets, and musicians, in an abstract theater that The Village Voice described as a “theater of the senses” (1965). He orchestrated an ensemble of projectors into an abstract, environmental installation that filled the entire space—walls, ceilings, and floor—generating an experience designed to “dislocate the senses of the viewer.”

In 1971 Aldo moved to Brooklyn. The era of 1960s light clubs had ended and Aldo pursued an entirely different direction in his work, turning his video cameras onto the street. At this time Aldo contracted a virus in his eyes leaving his corneas scarred. Haunted by the fear of going blind, he began to compulsively record the world around him from his apartment at the intersection of Atlantic and Flatbush Avenues. Over the course of several months between, 1971 and 1972, he captured the happening on the street from his apartment window and rooftop. In total, Aldo amassed approximately six hours of footage on 20 minute ¾” videotapes. The candid style of camera work is similar to guerrilla video. Yet, Aldo envisioned his style as an emulation of postwar Italian neo-realist film.

In “Atlantic in Brooklyn,” Aldo divorced performance from his “Electromedia” theater and recorded it unfolding in situ, on the streets of Brooklyn. “Atlantic in Brooklyn, noon-evening-night. Atlantic on Sunday, weekdays. Atlantic under brilliant sun. Atlantic on a windy day. Atlantic under the rain. People, cars, trucks, a hamburger stand, a bank building with a large round clock always at the hour of 10. Occasional prostitutes crossing the street, occasional pimps, drunken people in and out of bars and always the police.” The panoply of life. (Tambellini)

A selection of footage from Aldo’s “Atlantic in Brooklyn” was first shown at The Kitchen Video Festival in 1972 on three monitors. David Ross also presented a monitor installation of this series at the Everson Museum in Syracuse in 1973. Over 40 years later, Aldo is now releasing the series as a projector installation. By using life-sized projections, he wishes to establish a one-on-one relationship of the viewer to the subjects. He wants the spectator to experience the happening that was on the streets of Brooklyn in the 1970s, a street scene that was doomed for demolition, gentrified into oblivion, and destined for a new social order made manifest by the Barclay’s Center at the corner of Atlantic and Flatbush Avenues. For the first time the entirety of Aldo’s recordings of Brooklyn is available in a frieze of projections that transport the viewer, through the transparency of the camera’s eye, into a candid representation of the past.

In recent years there has been a resurgence of interest in Aldo’s work, with film screenings, installations, and performances held at the Harvard Film Archives (2010), the Centre Pompidou (2012), the Tate Tanks (2012), the Museum of Modern Art (2013), and currently as a participant in the Italian Pavilion at the 56th Venice Biennale, 2015, in the exhibition “Codice Italia,” curated by Vincenzo Trione. He is scheduled for an exhibition of his video and television works at the Center for Media Arts, Karlsruhe, Germany in 2016. Tambellini is represented by James Cohan Gallery, New York.