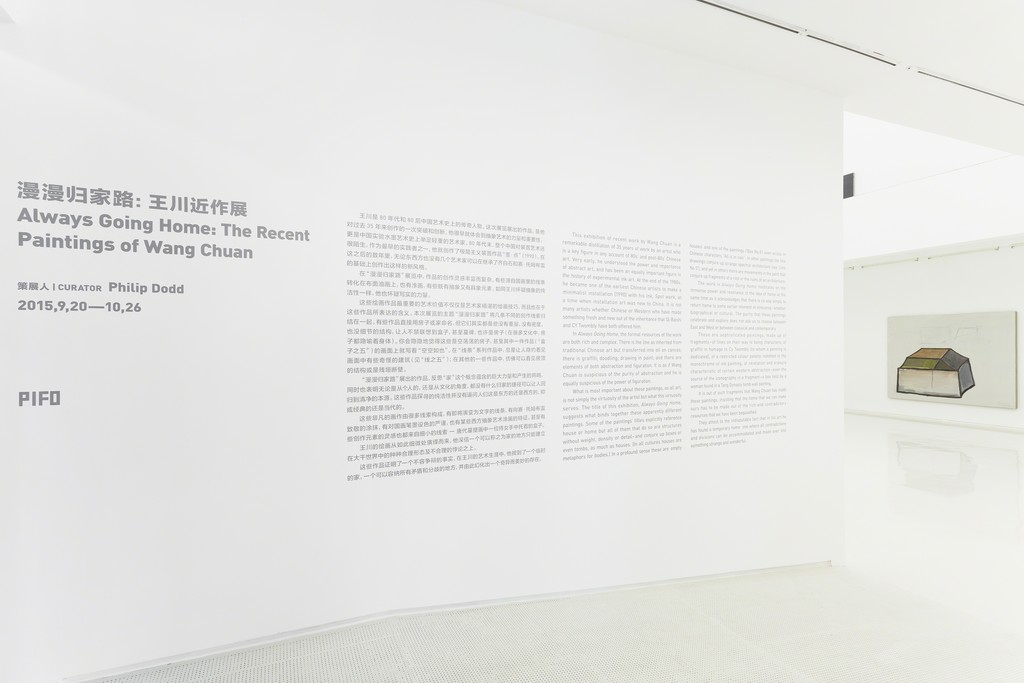 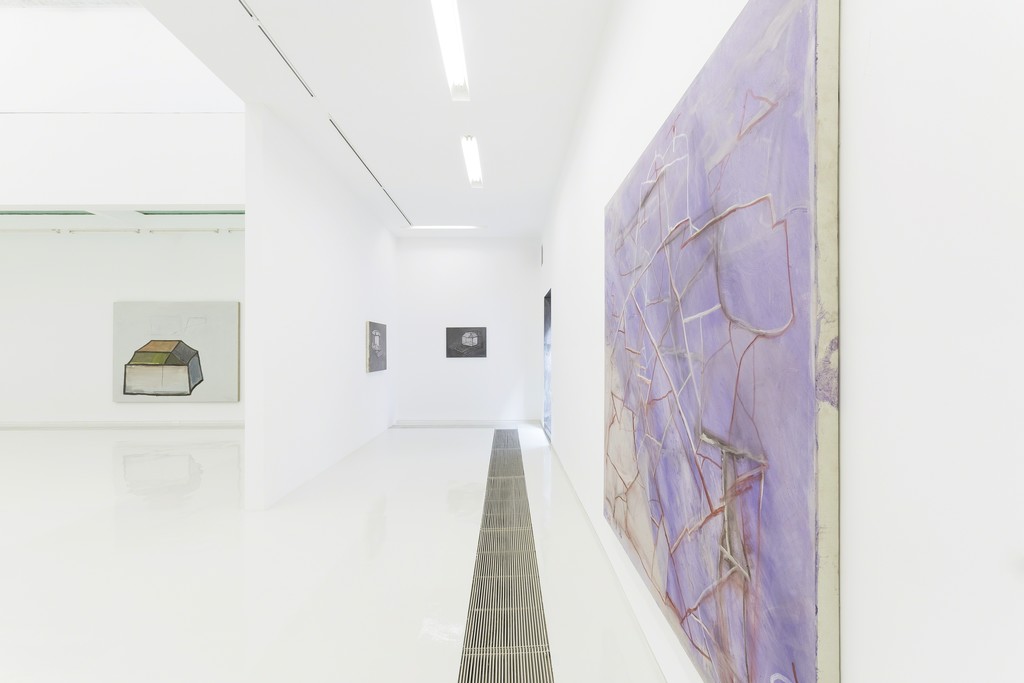 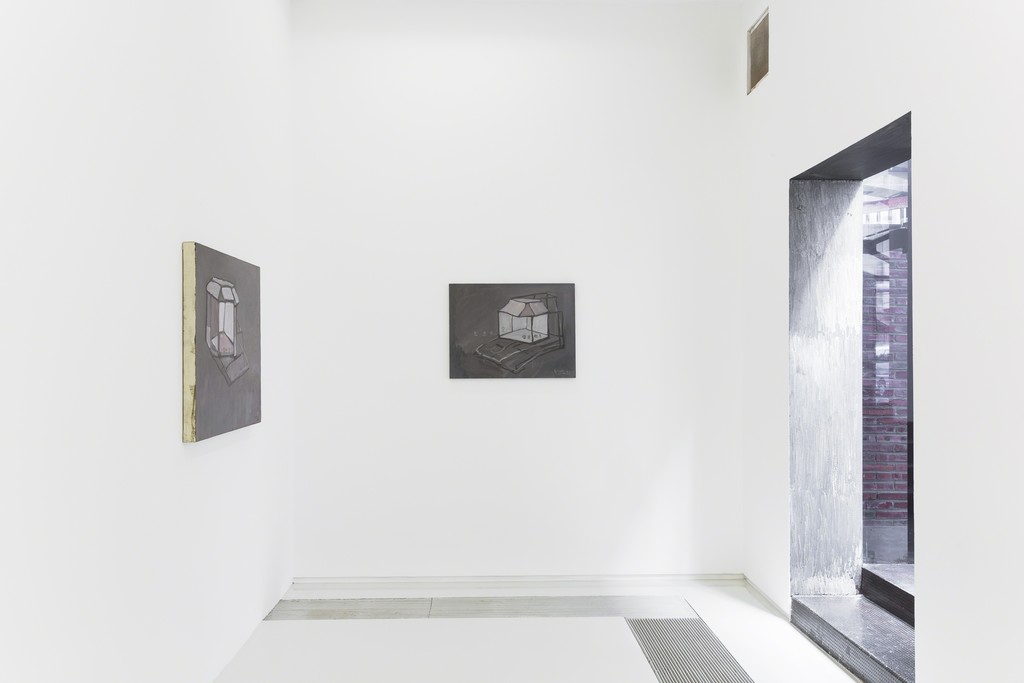 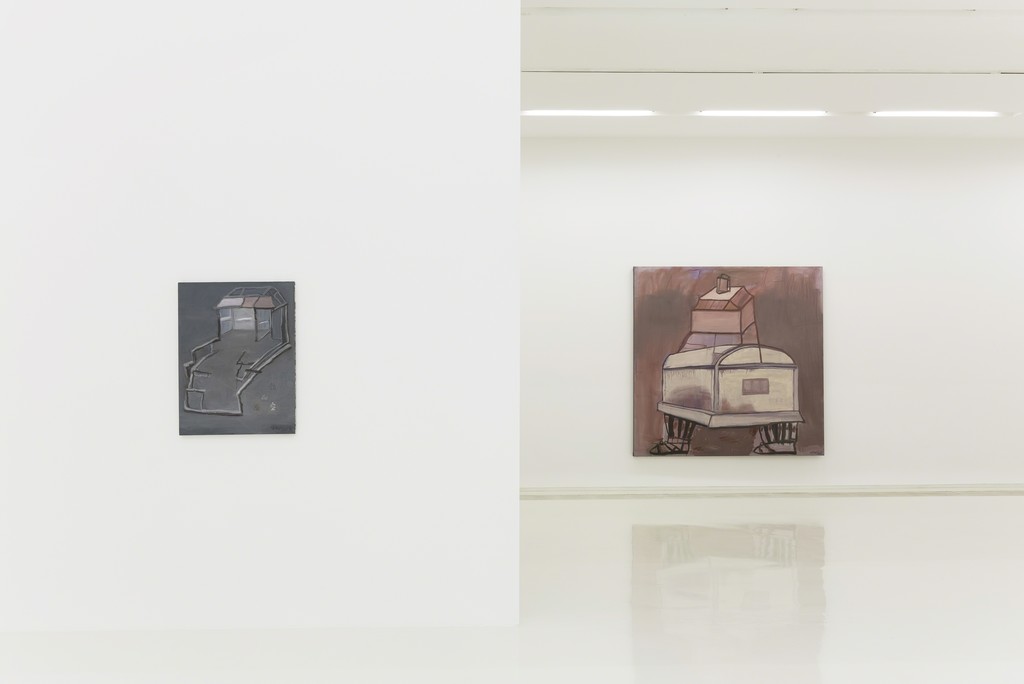 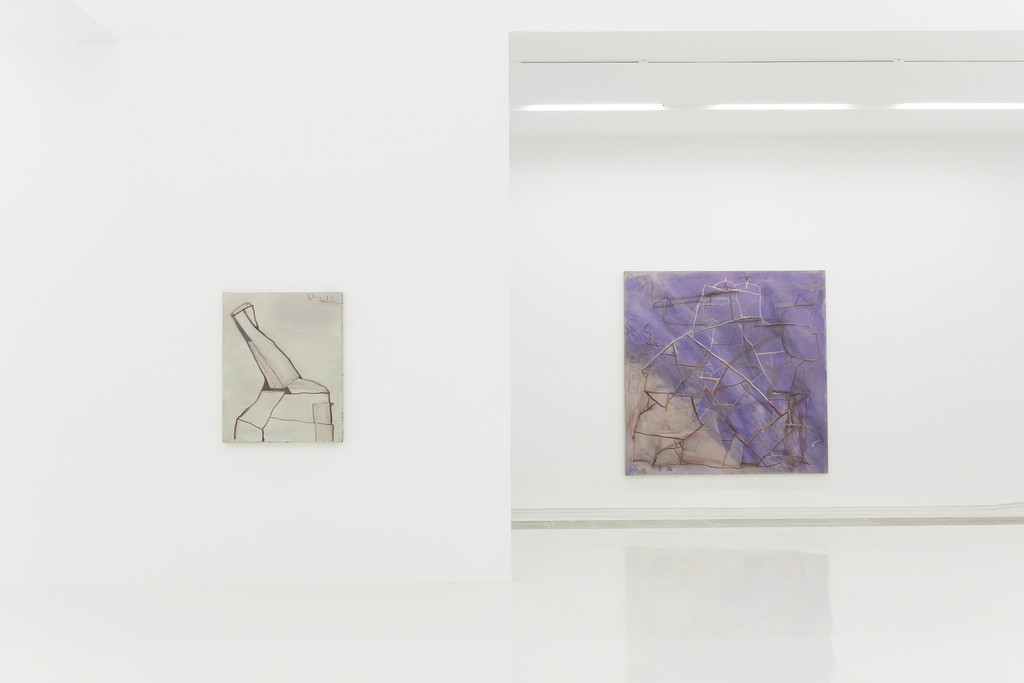 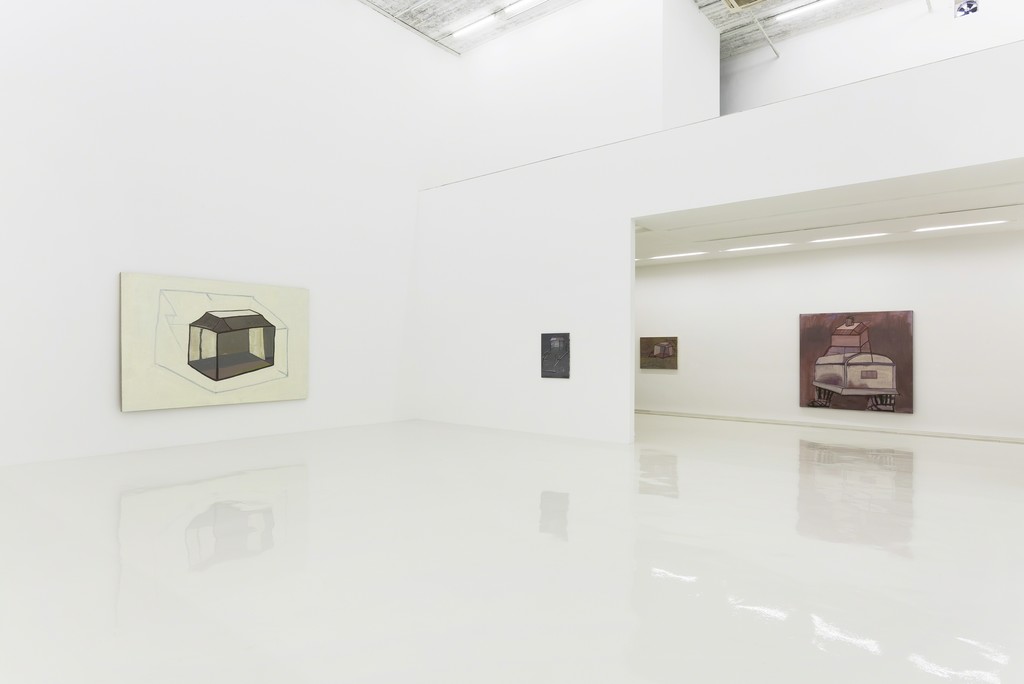 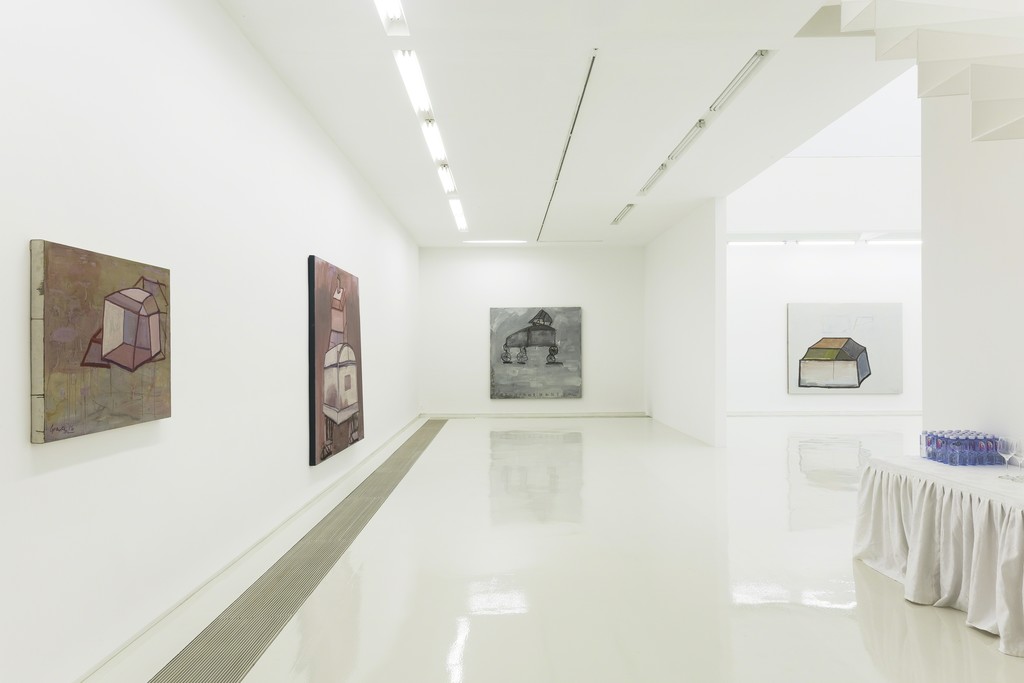 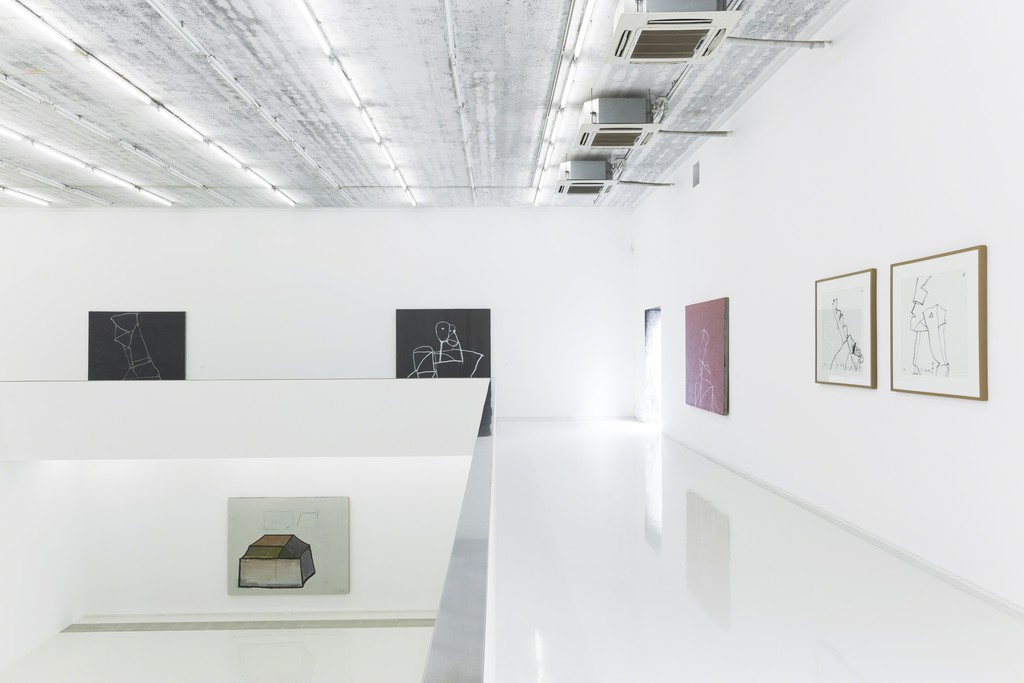 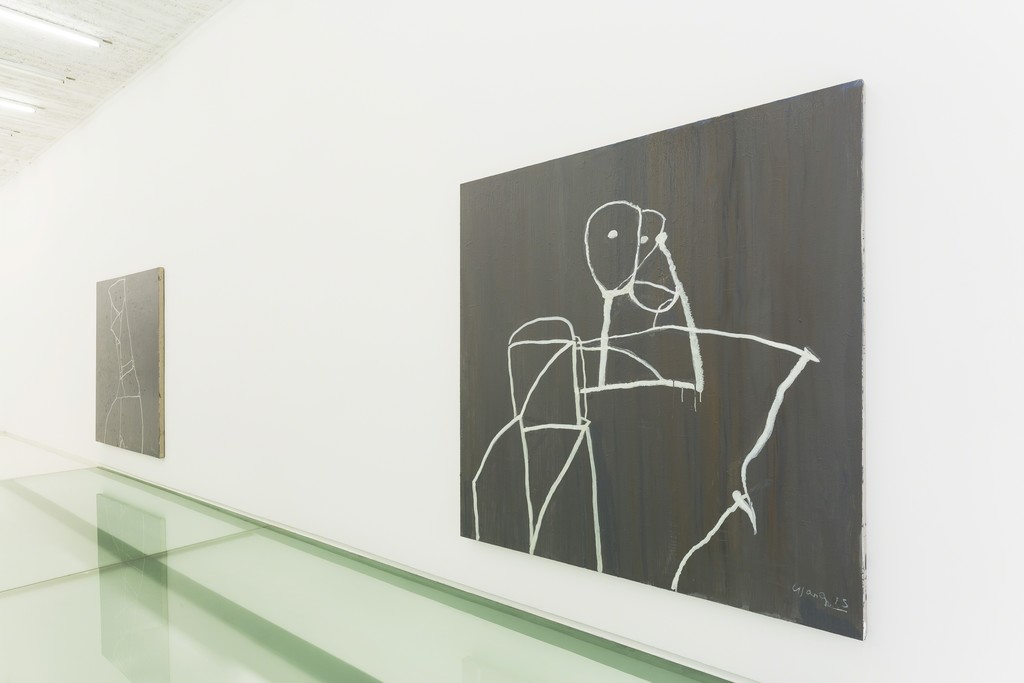 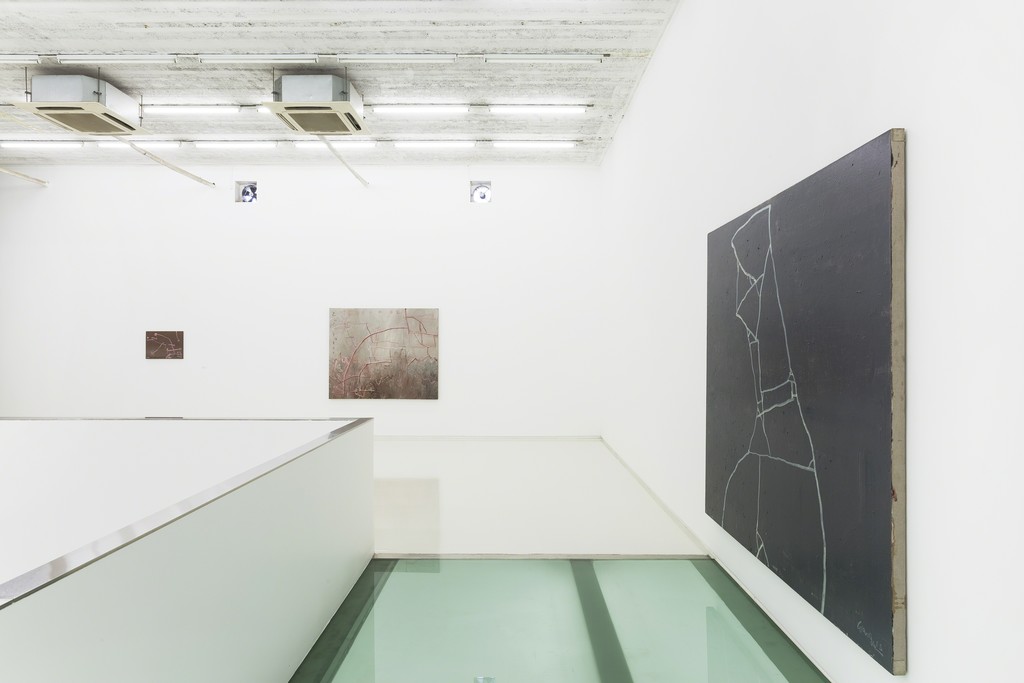 'Sophisticated, and emotionally powerful, witty and full of thought: these are rich and complex paintings by one of the most interesting figures to have emerged from the Chinese art world of the 80s'

Wang Chuan is a rare artist, equally at home with ink on paper as with oil on canvas; as conversant with the US artist Cy Twombly as with the complex history of Chinese art; rooted in the experience of his own body, yet deeply spiritual. He is at home in several places and also, and simultaneously, at home nowhere at all. These new paintings are a joyful and witty conversation with the artist's own history, and with the complex and fissiparous history of Chinese contemporary art; and they are also a wonderful meditation on the need for a home and the impossibility of going home.

Wang Chuan's history is that of an artist always ready to upturn expectations, always ready to leave home. He may have begun as a realist painter (see 'Farewell Village Road' 1980) but within ten years was taking part in the seminal exhibition 1989 'China Avant-Garde’ and the following year producing one of the major minimalist works of Chinese contemporary, 'Ink Spot' a startling installation in Shenzhen, hardly the most obvious home of an important Chinese artist.

Over the last thirty years, he has moved between ink on paper which as Mike Hearn of New York's Metropolitan Museum of Art has written are 'strikingly assertive, contrasting dense calligraphic images with an empty ground' and large works of oil on canvas which hover between image and abstraction.

It is as if Wang Chuan's energy and beliefs lead him to devour everything, to be continually restless, on principle. As the English poet William Blake says, 'Energy is Eternal Delight'. In 'Line, No.1 in 'Always Going Home’, Wang Chuan remakes an image from an ink on paper work in oil on canvas, as if saying that the line that is so dear to Chinese art can be remade in the language and medium of contemporary western art.

Above all, what marks the works on display in this exhibition is the sense of an unfinished architecture or of the ruins of architecture: look at 'Landscape No.3’ or of 'Erasure No.2' or 'Landscape No.2' or 'Landscape No.7' with their fleeting reference to the shape of a roof. Home is a spectral presence in these paintings, somewhere to be referenced but not to be found. Formally, these works, too, are reluctant to be at rest: Wang Chuan seems profoundly sceptical of images and as suspicious of the purity of abstraction. The paintings move between the two, as they move between the resources of western painting and that of traditional Chinese ink. Wang Chuan may be homeless - there is no simple return to tradition - but in these remarkable paintings he has made a new kind of home for himself.

Born in 1953 in Sichuan Wang Chuan graduated from the Traditional Chinese painting school of Sichuan Fine Art Institute in 1982. He has had solo exhibitions in China and the US, a retrospective in Shenzhen in 2001 and has been in a very large number of group exhibitions in Switzerland, China, Taiwan, US and in Spain, in the ‘China’s New Art, Post-1989’ curated by Li Xianting and Chang Tsong-zung, and influential Gao Minglu curated 'Yi Pai: 30 Years of Chinese abstract art'. His work can be found in many collections, including the Asian Art Museum, Shanghai Minsheng Art Museum and Long Museum.

About the Curator
Philip Dodd is the curator of the recent exhibition Follow the Heart, The Art of Sean Scully. which opened at CAFA Art Museum, Beijing, earlier this year. He is a former director of London's prestigious Institute of Contemporary Arts (1997-2004) and he has curated exhibitions in London, New York, Moscow, Singapore and Shanghai. In London, in 1999, he staged the first exhibition of Chinese contemporary art in Britain. Artists and architects whom he has curated include Damien Hirst, Yoko Ono, Rem Koolhaus and Zaha Hadid. He is the author and editor of numerous books on art, literature and film; has been visiting Professor at King's College, London and University of Arts, London and he is an award-winning BBC presenter. He is the Chairman of Made in China (UK) Ltd (www.madeinchinauk.com) which brokered the relationship that will bring the V&A to Shekou and he was creative consultant on Thomas Heatherwick's UK Pavilion at the Shanghai Expo 2010.