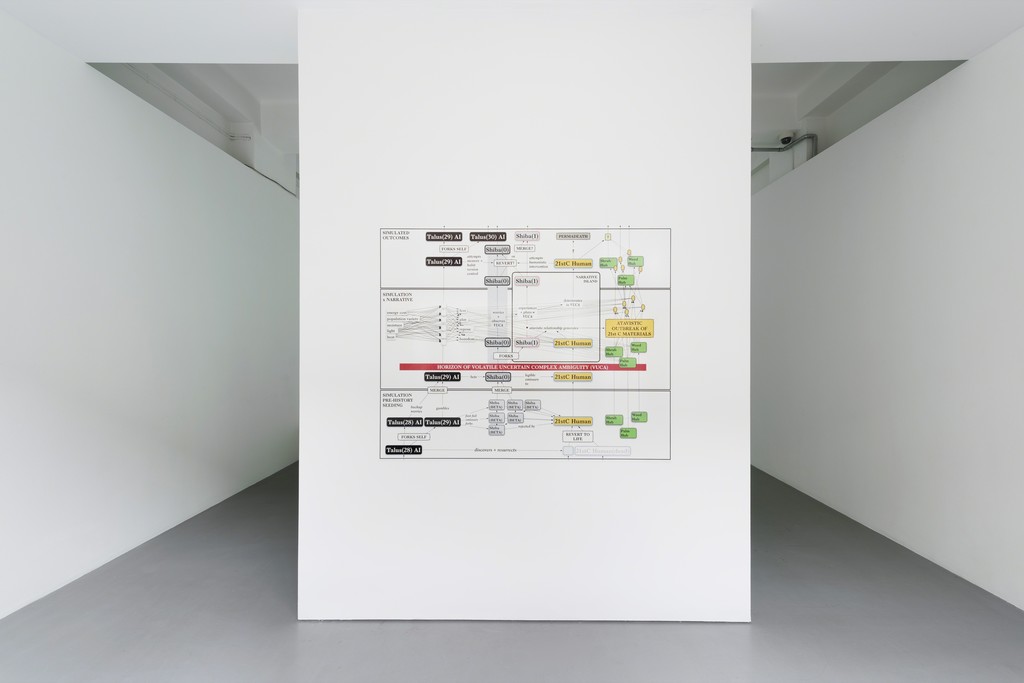 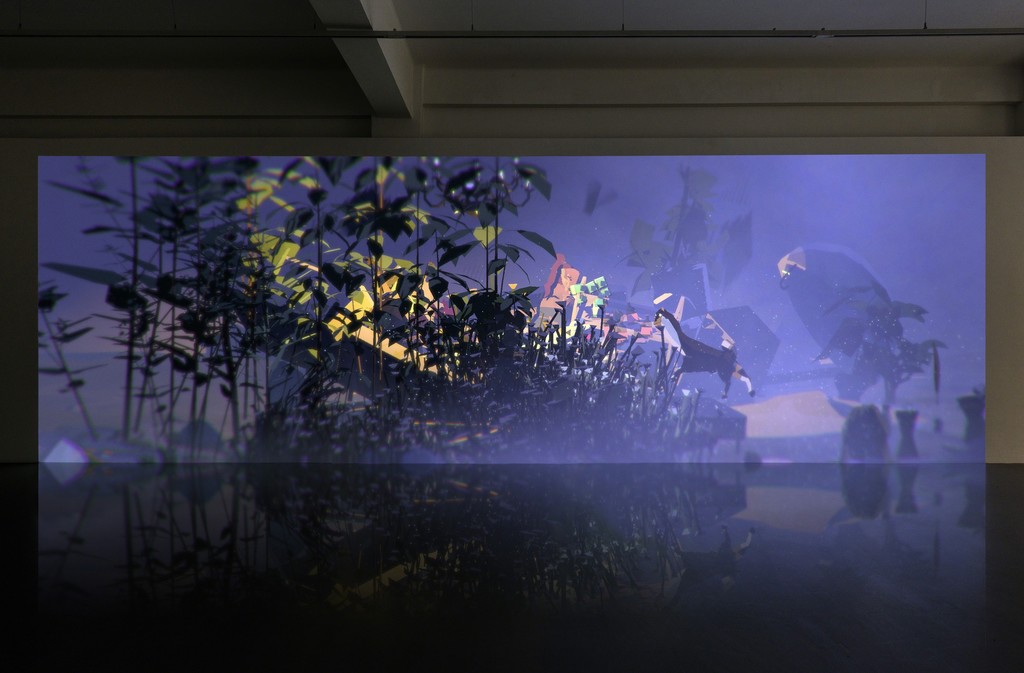 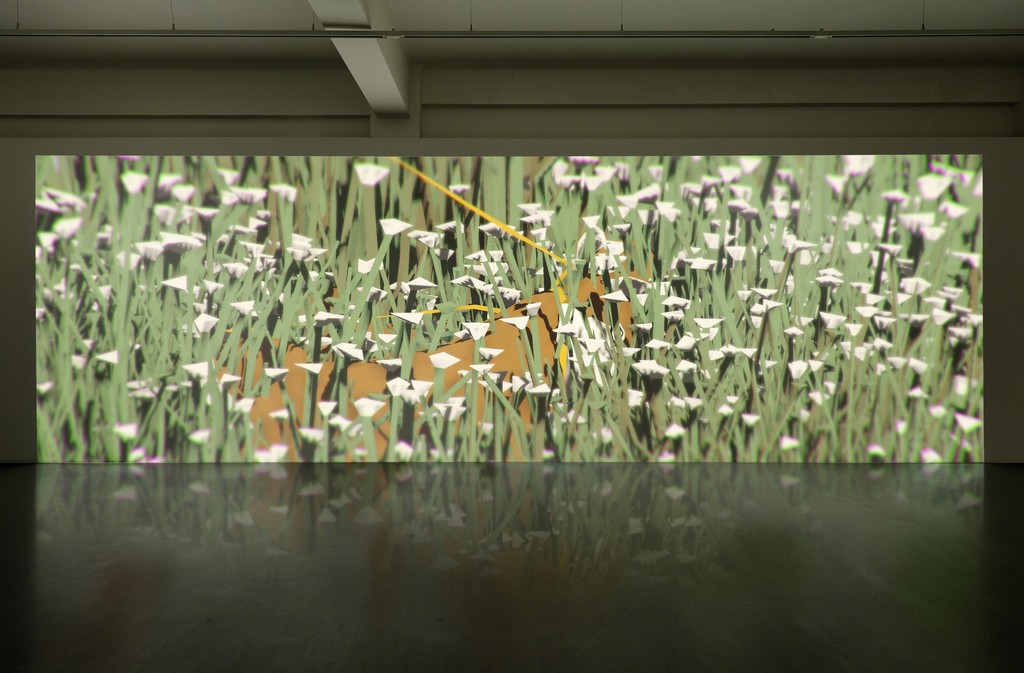 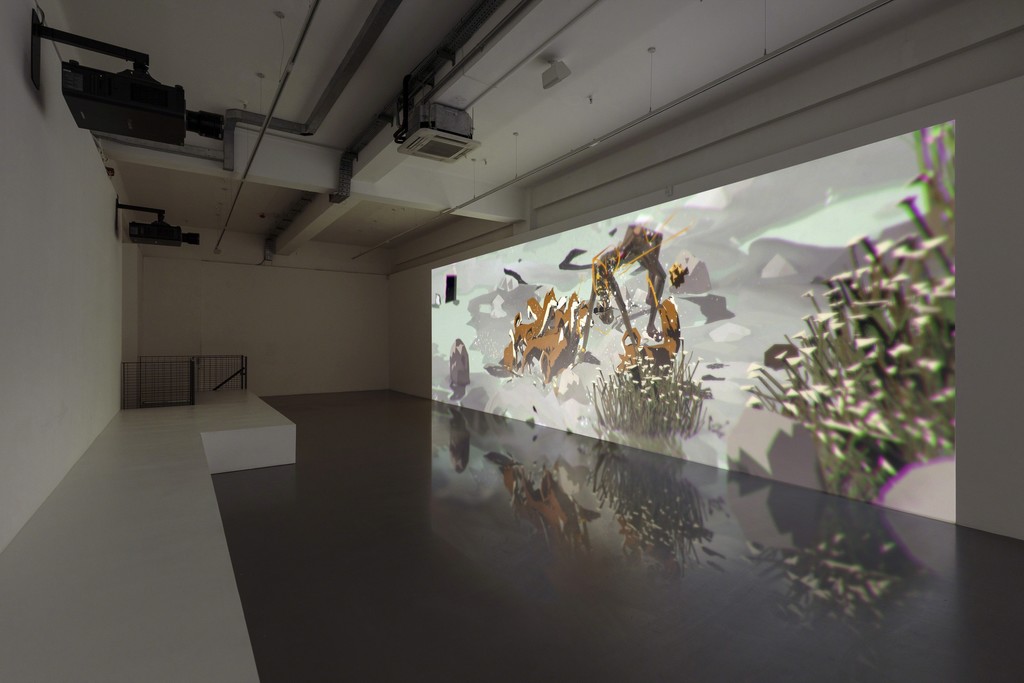 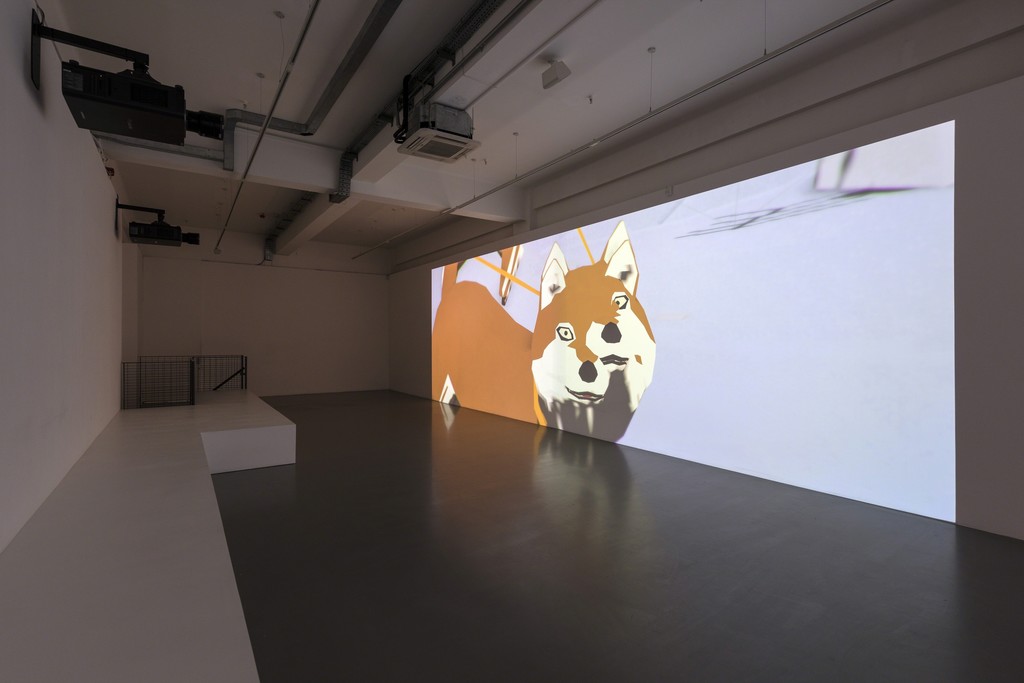 Pilar Corrias Gallery is proud to present the first solo exhibition in the UK by American artist Ian Cheng. The exhibition premieres the new live simulation Emissary Forks At Perfection, the second episode in a series of works dedicated to the history of cognitive evolution, past and future.

Volcano to crater lake: what was once a geological disaster zone has grown into a fertile darwinian playground. 3,000 years following Emissary in the Squat of Gods (2015), an artificial intelligence called Talus Twenty Nine manages the landscape, compulsively gambling on the creation and survival of new forks in the evolutionary tree. After whimsically excavating and resurrecting the body of an ancient 21st century celebrity, Talus sends Shiba Emissary, its prized canine super-pet, to greet the undead human and introduce him to their hell.

Emissary Forks At Perfection is composed of two contradictory forms: a simulation of a darwinian playground disturbed by an atavistic human; and a deterministic story of an emissary’s emerging consciousness. Pushed together to occupy the same landscape, each form threatens to destabilize and mutate the other. Here, a story may escape its classical fixity and indefinitely procrastinate its conclusion. A simulation may find itself sculpted by narrative needs into sequences of controlled chaos. A sudden pattern of feelings may grow inside you, with or without you.