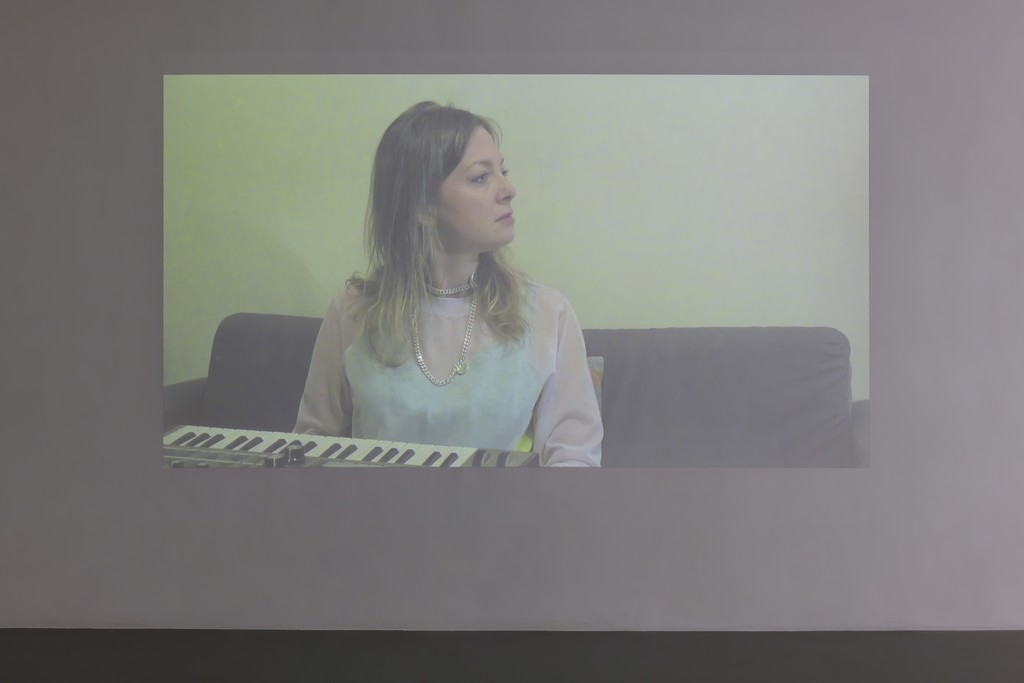 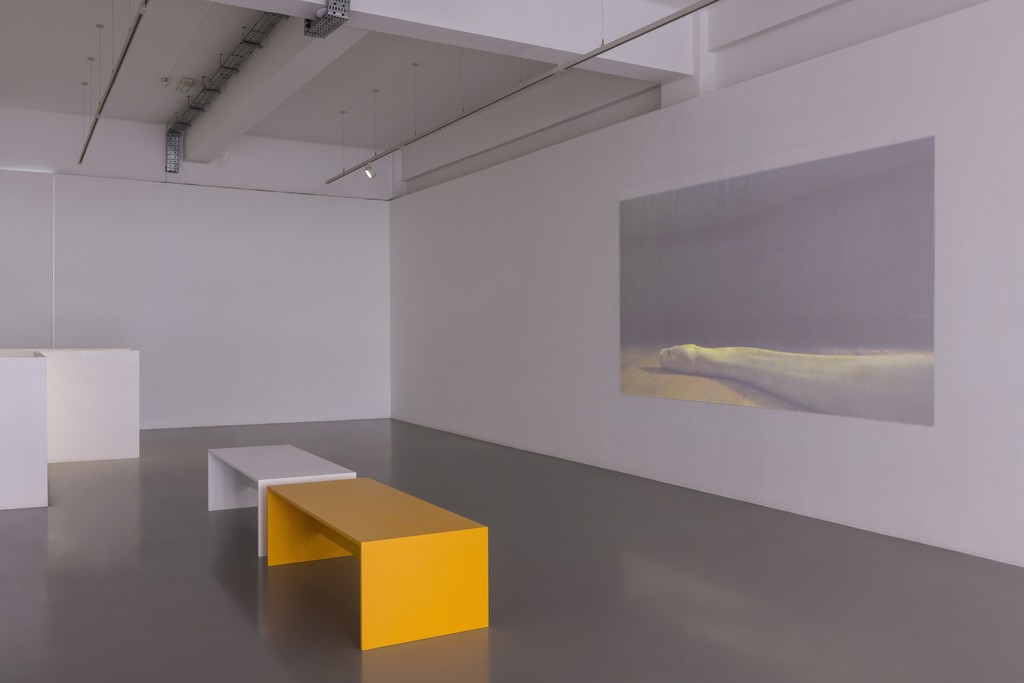 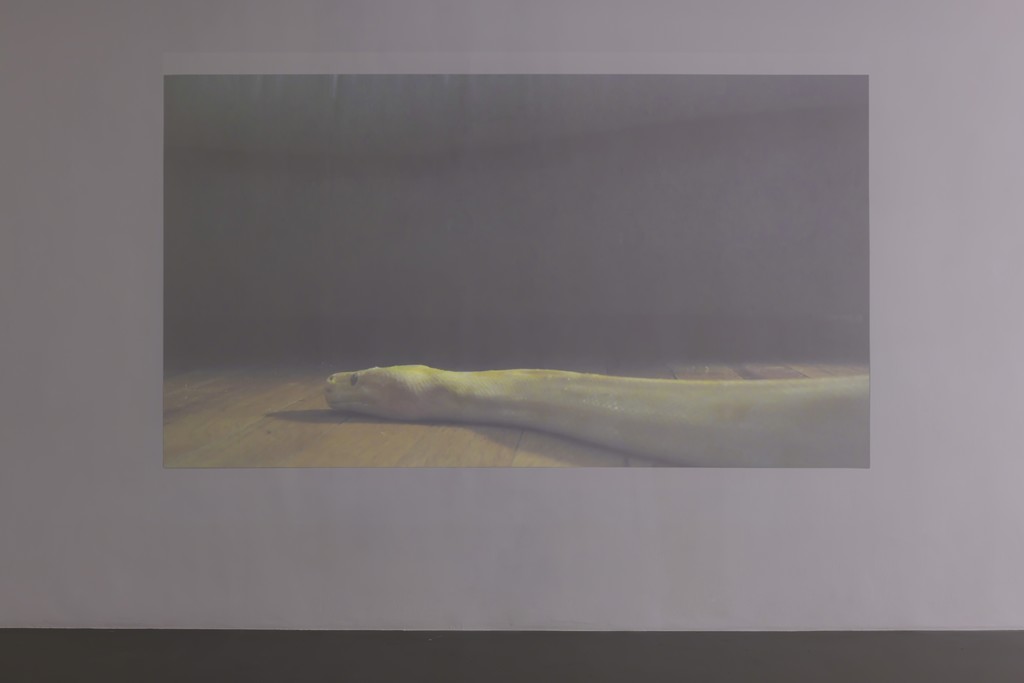 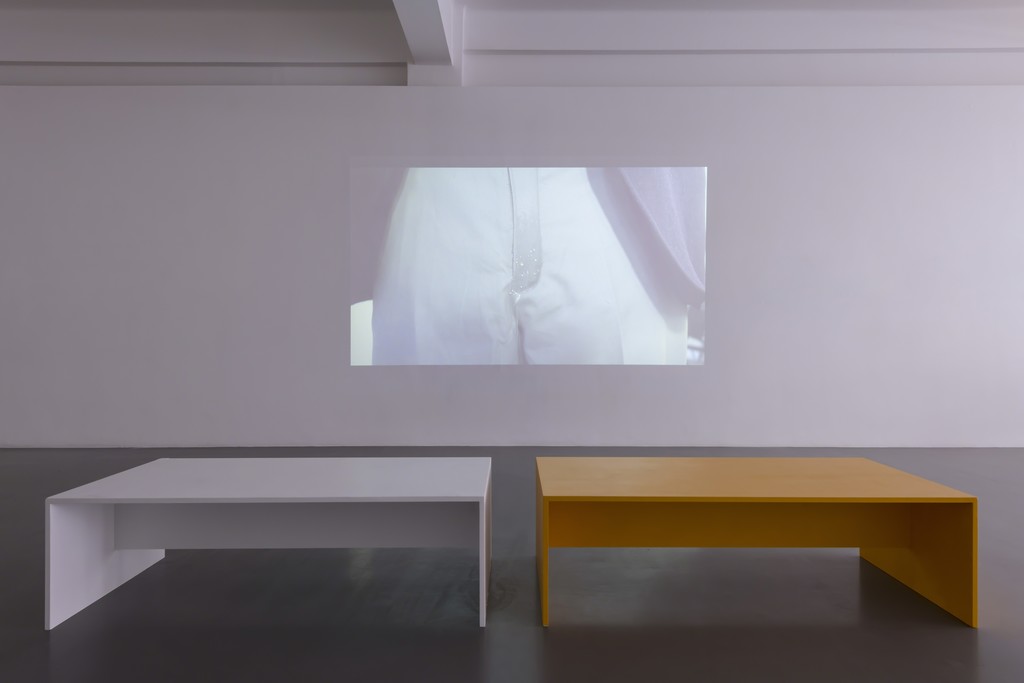 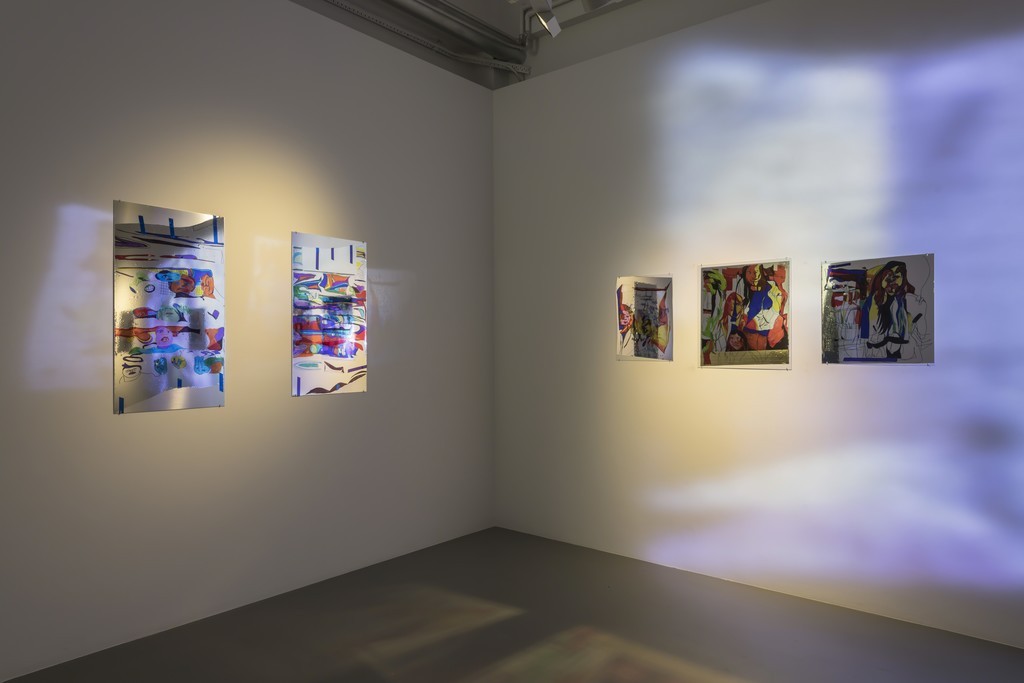 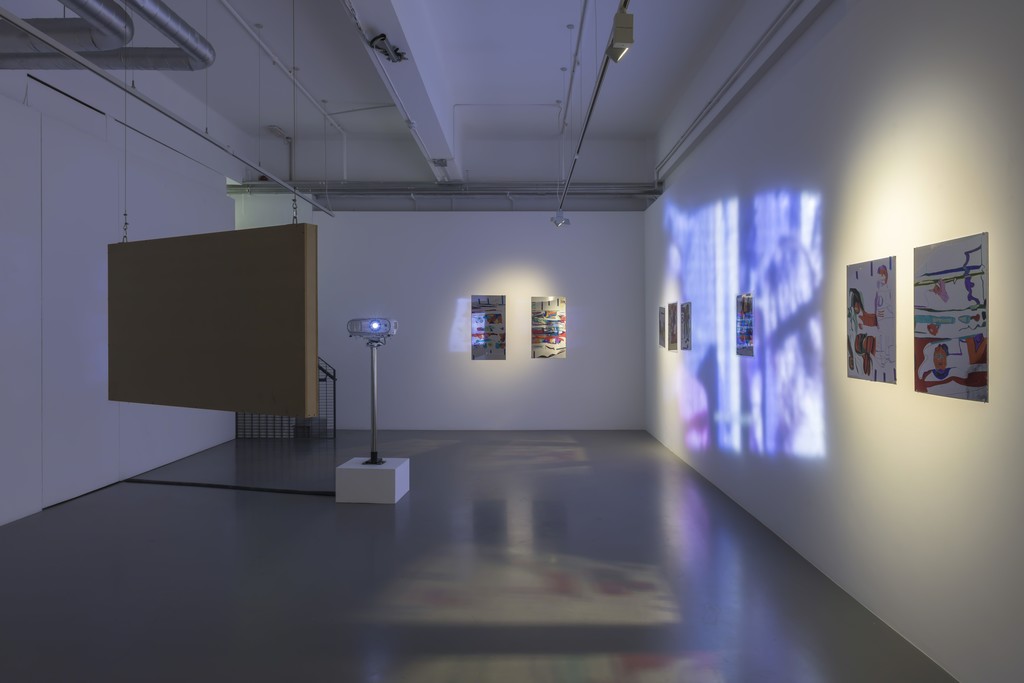 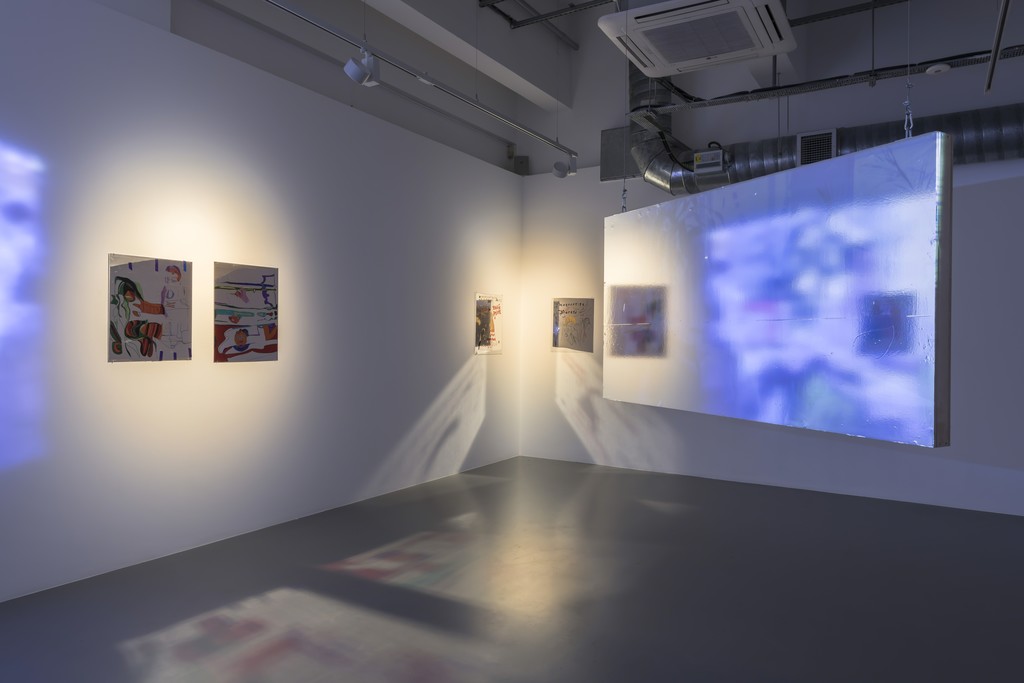 This press release will take two and a half minutes to read.

Pilar Corrias is sad to present Killing Time Machine by Keren Cytter. As summer transforms into autumn, the exhibition will consume time, as viewers experience a video that will transform their future into their past. They will lose their grip on the present, whilst trying to understand the space through the video’s 36 frames. As they let time pass, these images will confuse the concept of their presence.

A letter to a dead father. An albino snake called Arthur. Plastic flowers. Waving fortune cats. A clock. A painting of a man and his dogs. Jenny, Mary, Dan, Arthur, Sarah, Robert, Laura, Donald, Ronald, and Adam. She twiddle’s her hair. He drinks water. She smokes nonchalantly. He moves an ashtray. She pretends to play the keyboard. They deliver Kung Pao chicken. Her feet are amateurishly bandaged, she wants her legs fixed. Het wets himself from fear, pee seeps through his trousers, dripping down over his shoe onto the floor below. The colourless snake moves slowly across the wooden floor.

Whilst you wonder if the man Dan describes is the man in the painting, time keeps passing by. There is no you, there is no us, there is no he, she, woman, man, nothing, there is only me, I. The gallery will not provide a social background. If you want a relationship, this is not your place. Right now with every passing second you are getting older, moving closer to your death. The frames you are looking at are a killing time machine. You check your phone repeatedly, but the video is still there. You hope it’s going to get better, but you are just getting older. Every tick of the clock is a nail in the coffin as your heart provides physical evidence of time passing. The longer you spend in the exhibition the closer you get to your death.

Killing Time Machine is constructed of 36 shots that mirror one another. They move clock wise and counter clock wise, from top to bottom and back to top. This meticulous yet mundane construction disguises a perplexing plot: four visitors at a wake. Each visitor pretends to have relations to the deceased, but later confess to be impersonators and a time traveller. The actors are not professional actors, expect the time traveller, played by Adam Harrison. Each soon reveals their real name, causing the constructed nature of the words and actions contained in the 74 frames that map the space to unravel. The video will be accompanied with a script and a diagram of the video.

On the lower floor, OBJECT, a video performed in Russian, shot in the same apartment as Killing Time Machine, will be presented. The video uses language as a political tool to meditate on the clichés of heteronormative sexual relationships. What initially appears as flippantly pornographic, is in fact a tightly constructed series of nine locked down shots, separated into three acts. OBJECT tells the stories of three men and one women, who each represent the power structures of the patriarchal world, and the common abuses its systems enable. OBJECT will provide viewers relief from contemplating their own mortality, but still allow them to lose time, as they realise that the penises on the screen are hiding difficult truths in plain sight.

The videos will be installed using mirrored paper, to reflect them onto the artist’s drawings. Both videos can also be watched in the comfort of the viewer’s home on Vimeo.