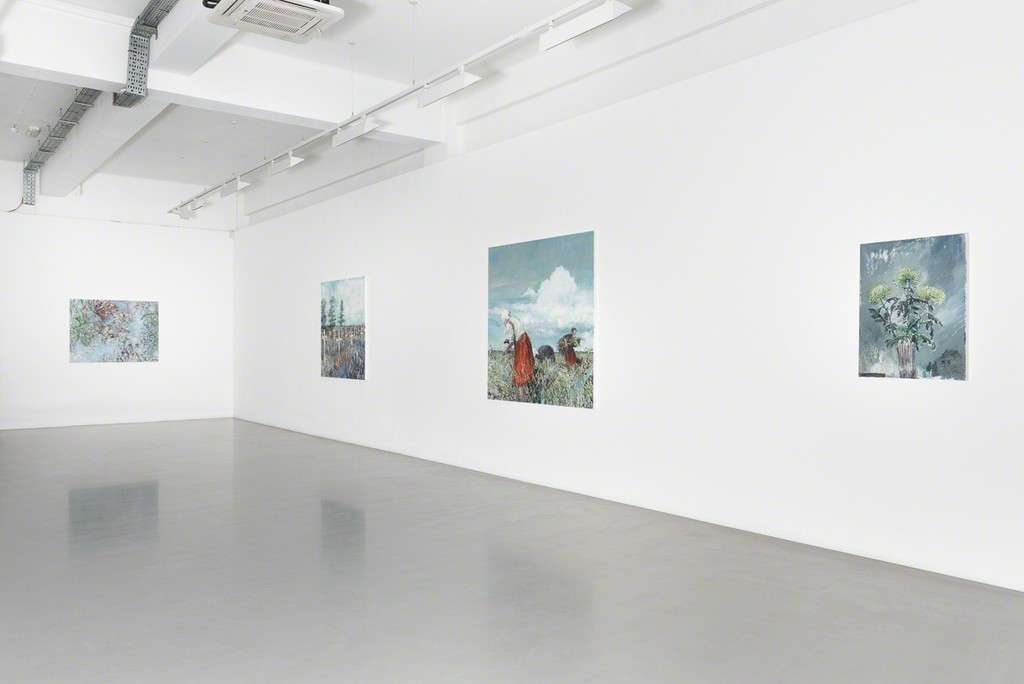 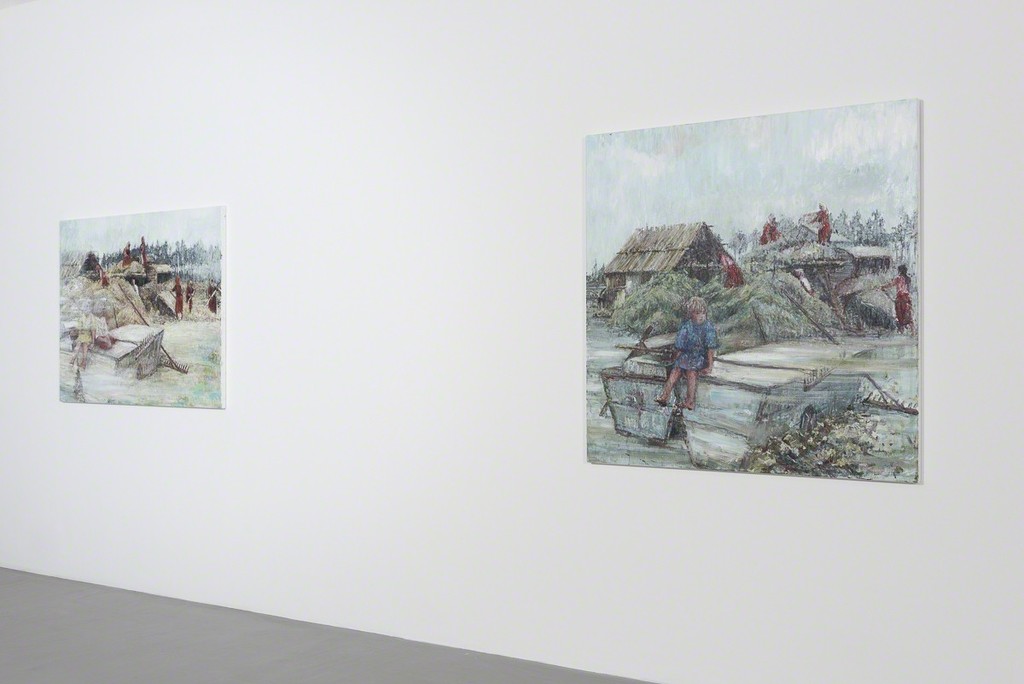 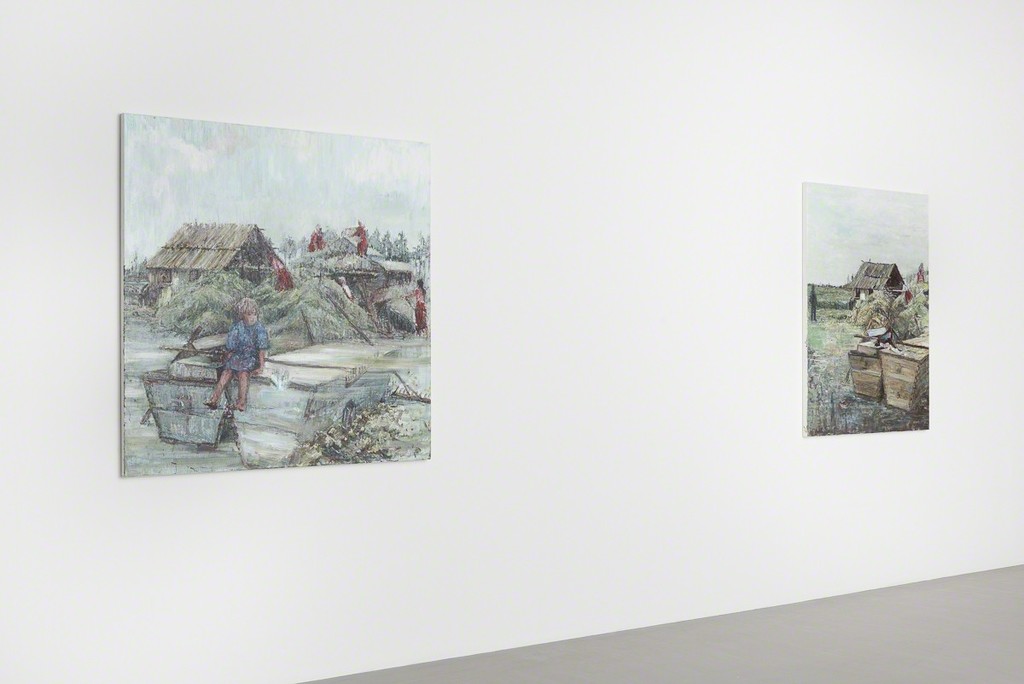 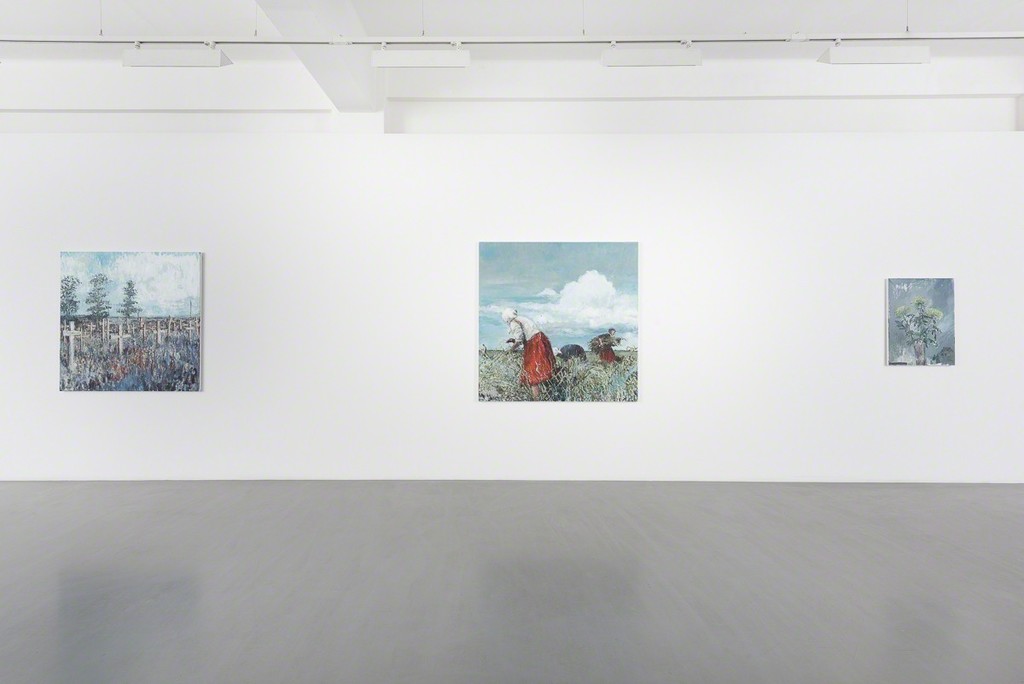 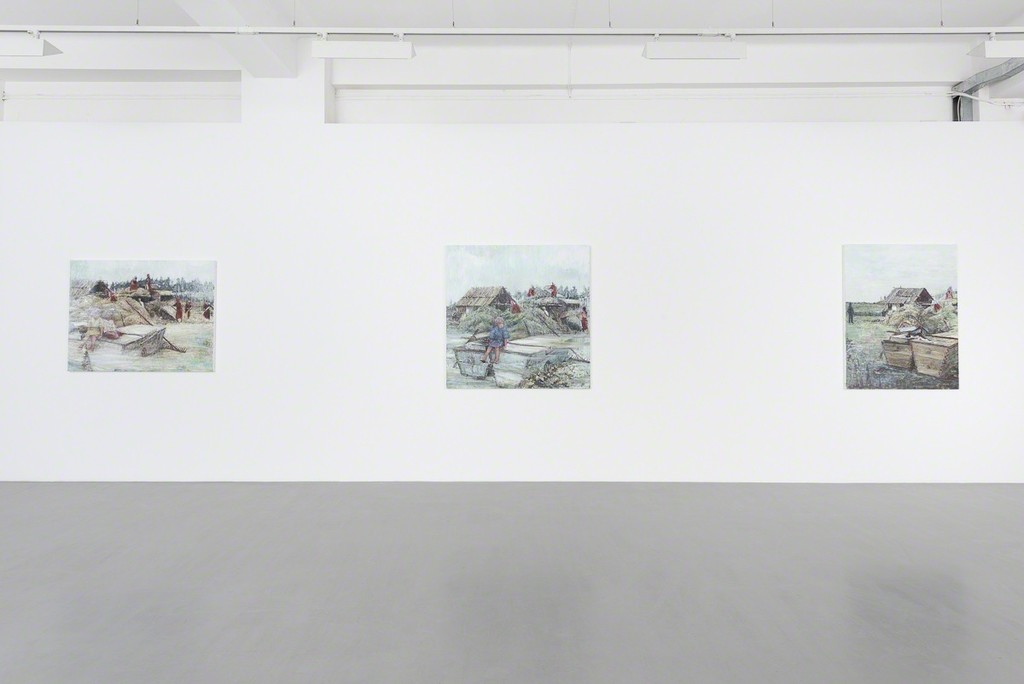 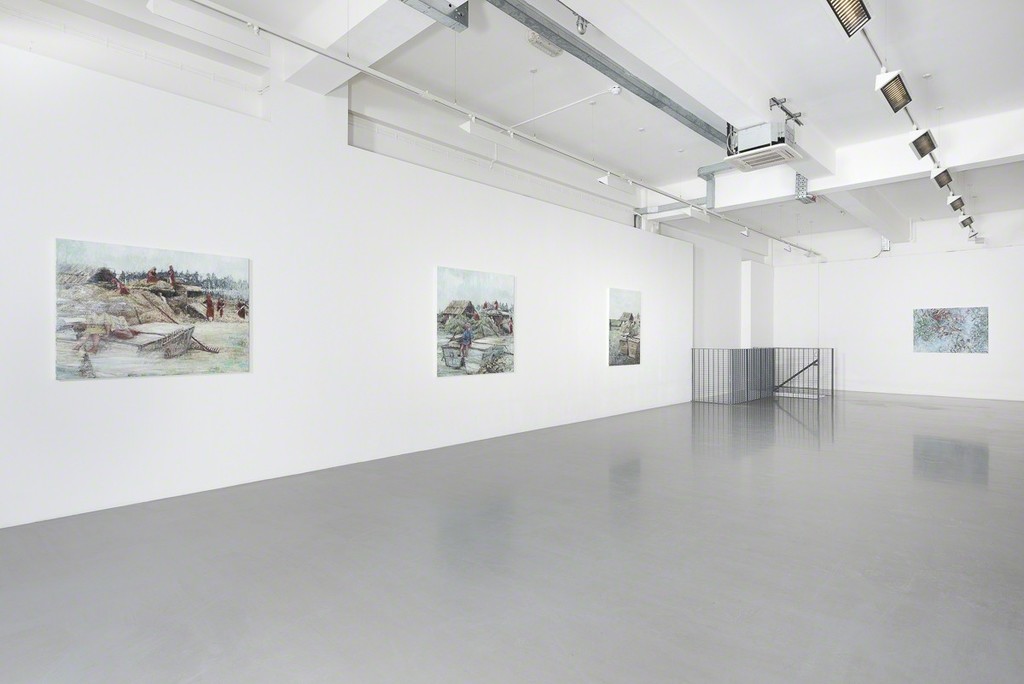 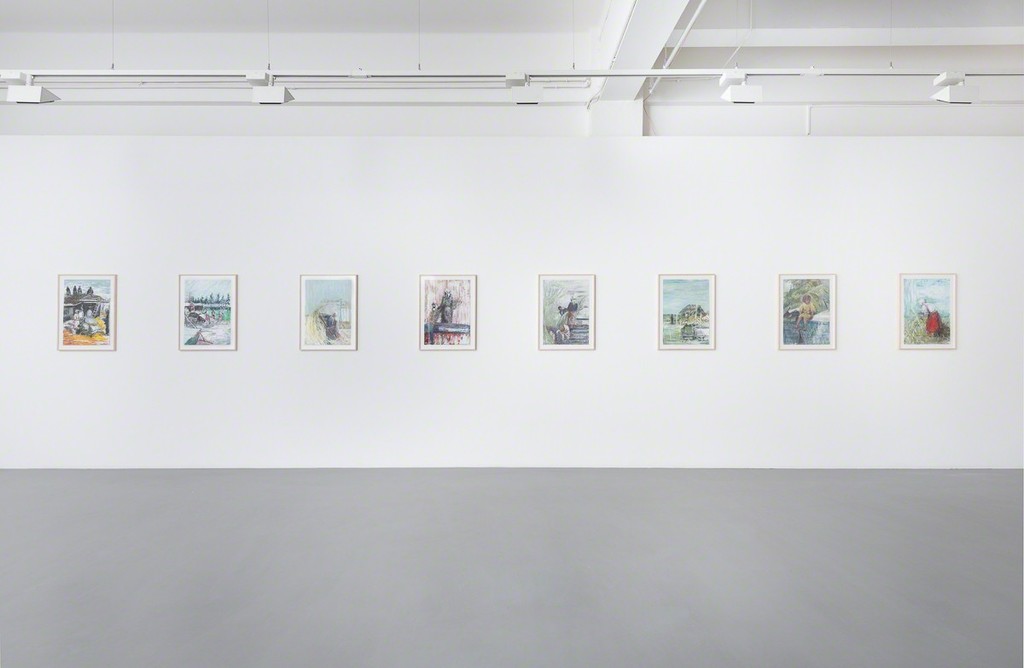 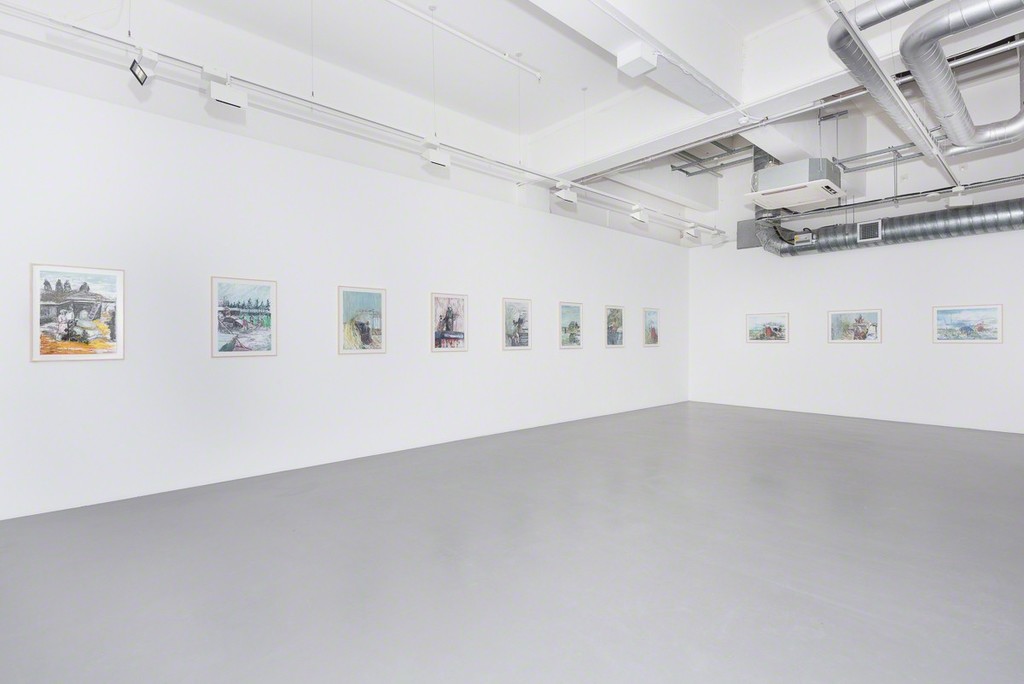 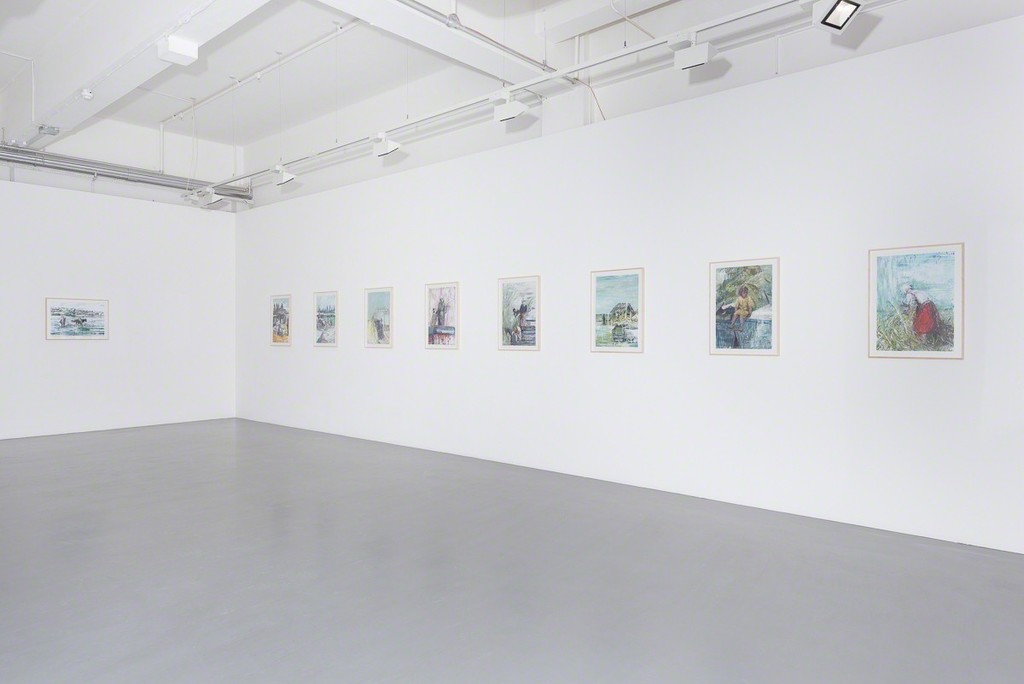 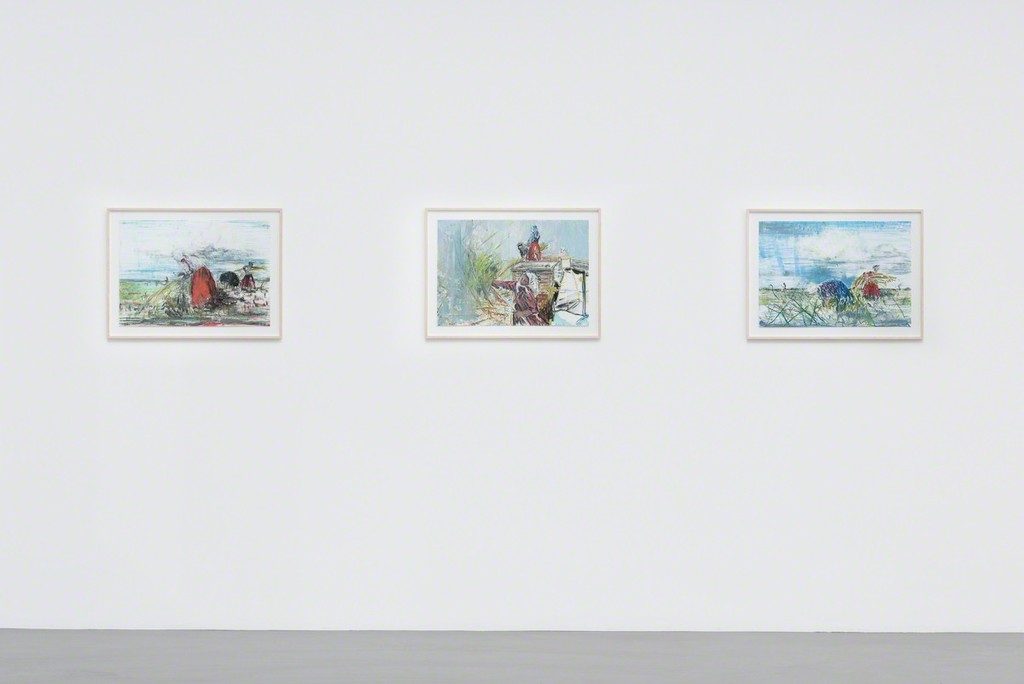 Pilar Corrias is pleased to present 'Harvest', the second solo exhibition by German artist Sabine Moritz with the gallery.

Typically working in series, Sabine Moritz’s paintings and drawings call on subjective observations that reverberate to wider concerns of cultural recollection and displacement, as well as the formation of and our relationship to memory. Moritz’s work heightens our awareness of memory as a dynamic process—where elements constantly shift or are reframed, where there can be no definitive recollection of the past. Moritz returns to particular scenes or individual motifs, painting or drawing it afresh (sometimes with years between); it is the re-interpretations and slight variations of her images that convey the transience of memory.

In her new series of paintings titled 'Harvest', Moritz explores the regeneration of a community following a period of trauma. In 1947 the American reporter/author John Steinbeck and photojournalist Robert Capa travelled through the Soviet Union following the end of World War II. The book 'A Russian Journal', published in 1948, chronicles their first-hand account of communities recovering from conflict and captures everyday life under extremely difficult conditions. Moved by their journey and especially connected to Capa’s photograph of an Ukrainian harvest, Moritz started to paint the scene in different parts, variations and views. The painting 'Ernte I (Harvest I)', 2014 forms the starting point of the series. Over a year Moritz developed the harvest scene, capturing alternate views of Capa’s original photograph, and broadening the series to include other scenes Capa shot of the Shevchenko collective farm in the Ukraine.

From her childhood spent in East Germany Moritz feels an affinity with the history of the Soviet Union. With her 'Harvest' paintings Moritz lingers in this rural situation, which appears peaceful. Underscoring these scenes is the reality of a hard life of agricultural labor, and a rural population that was weakened following World War II. Moritz’s paintings depict both the historical circumstances and demonstrate the urge of a community to survive, connecting regeneration to the cyclical passage of time in nature.