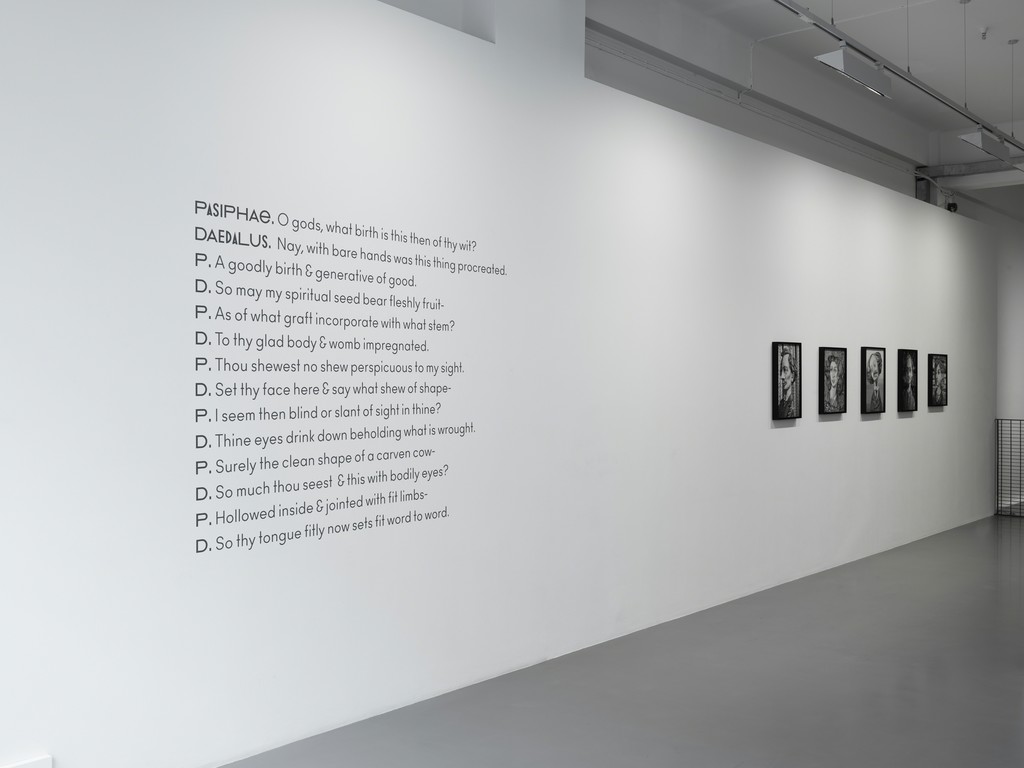 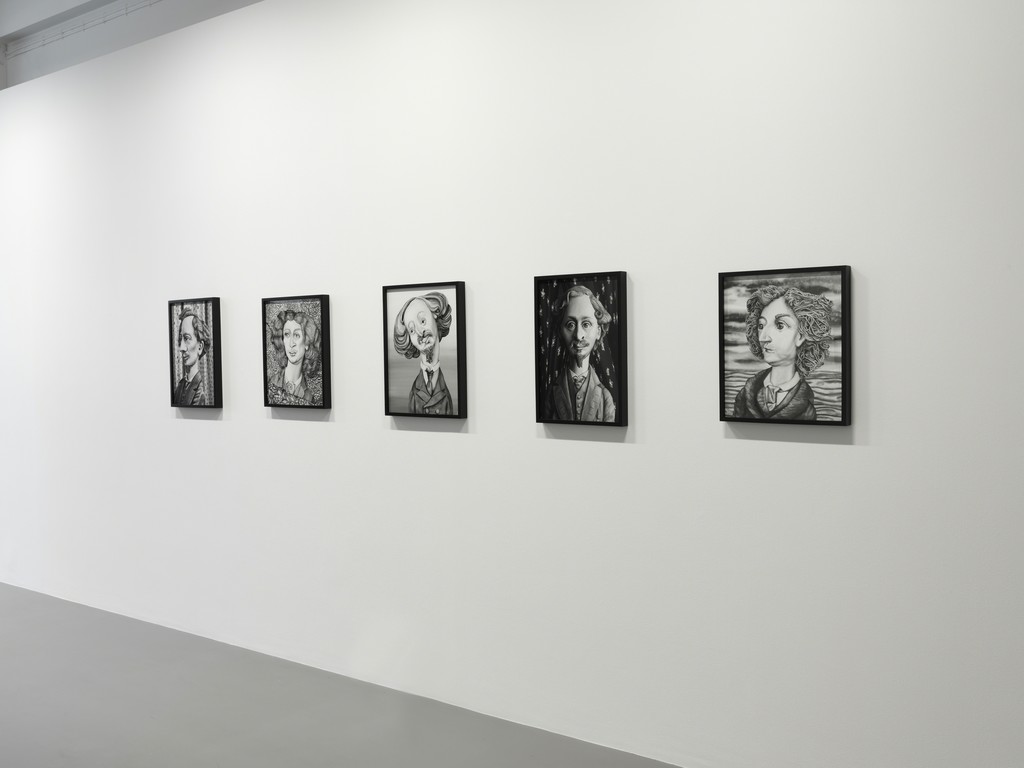 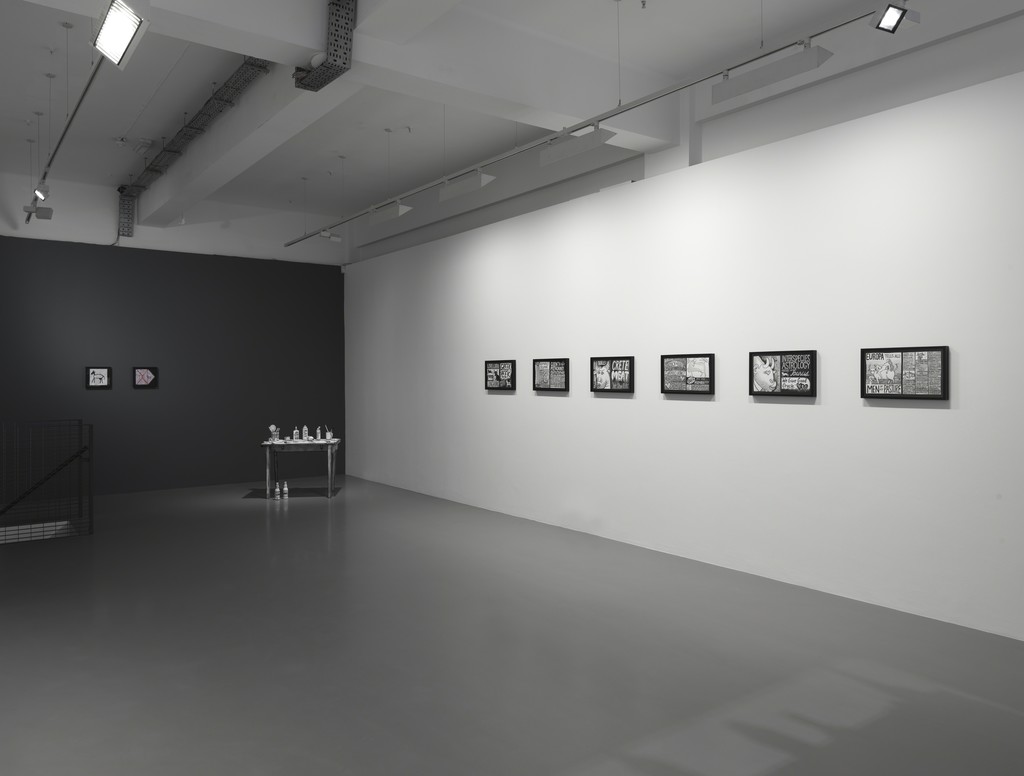 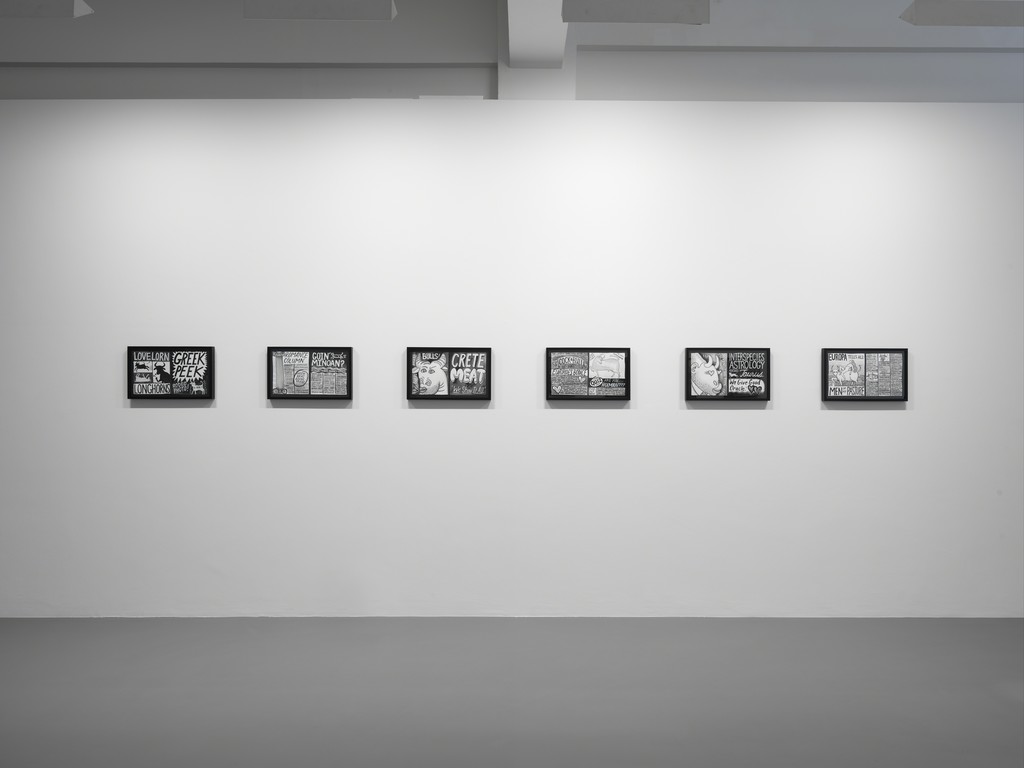 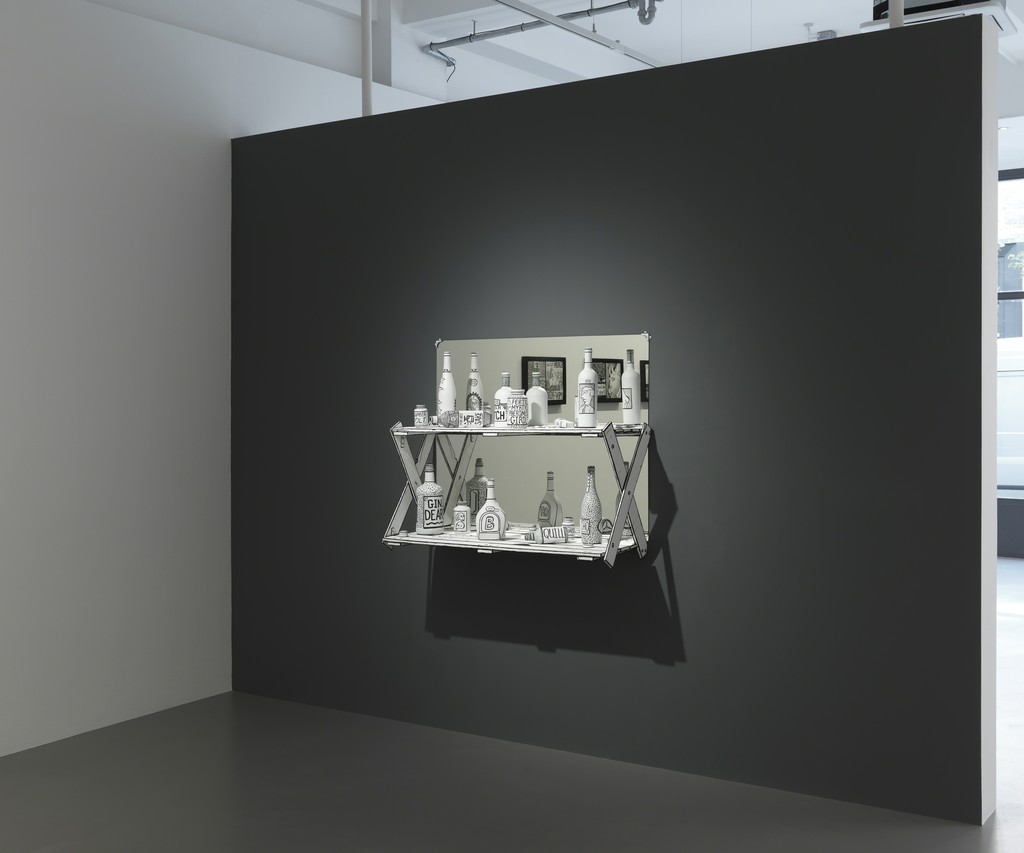 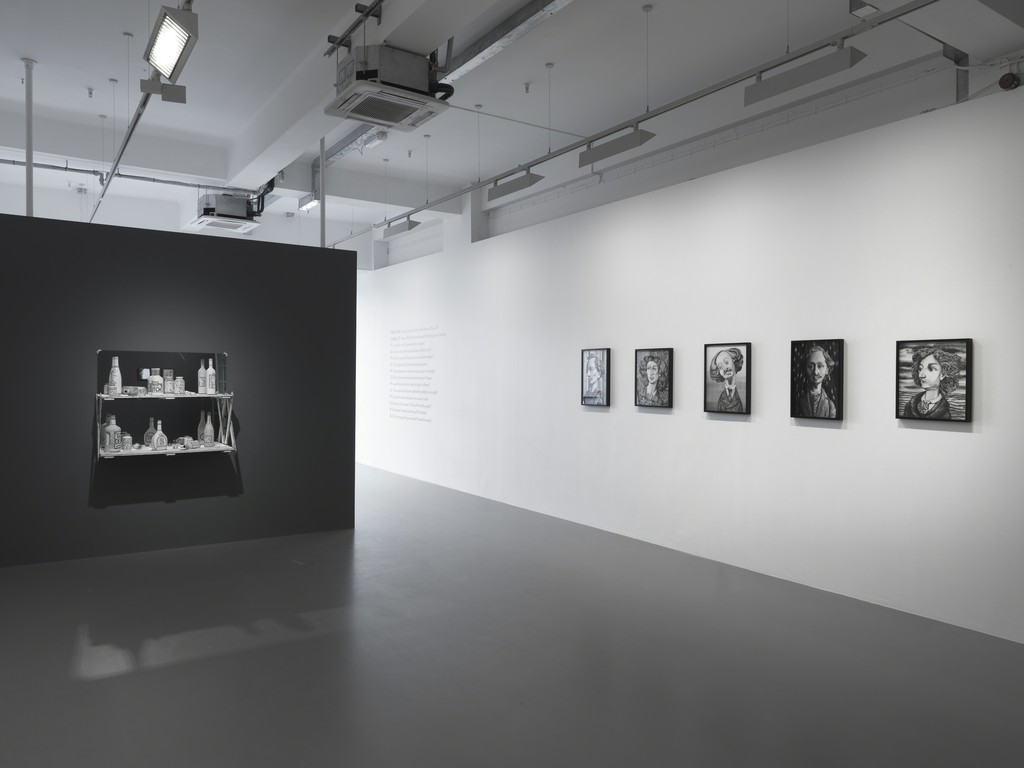 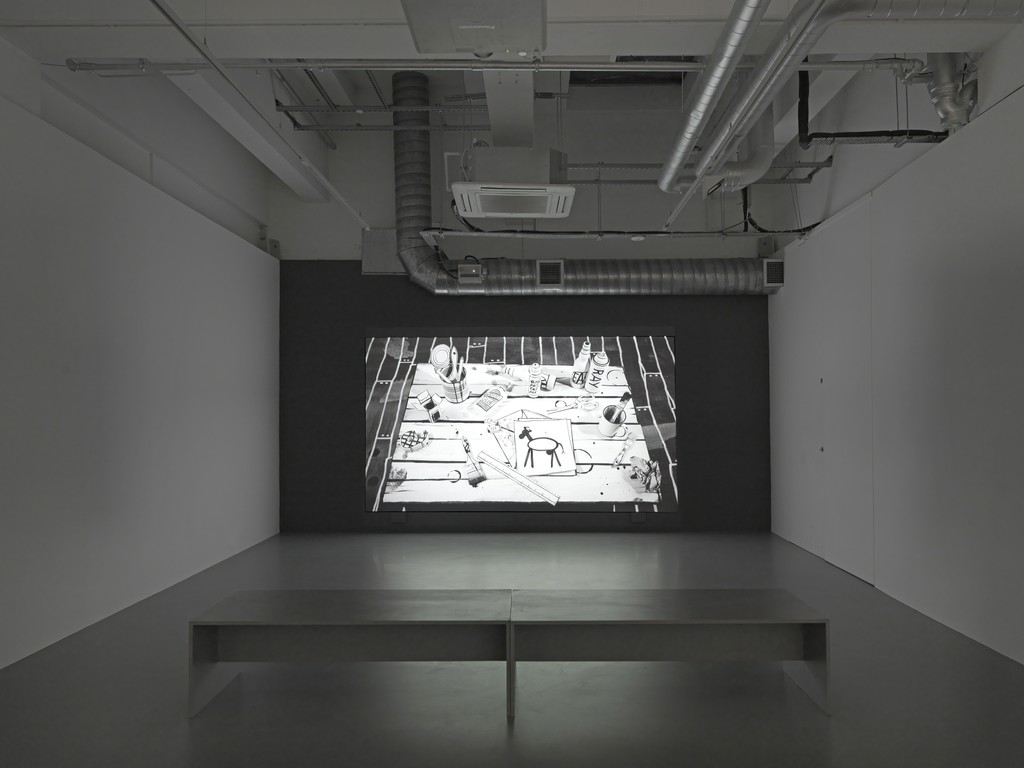 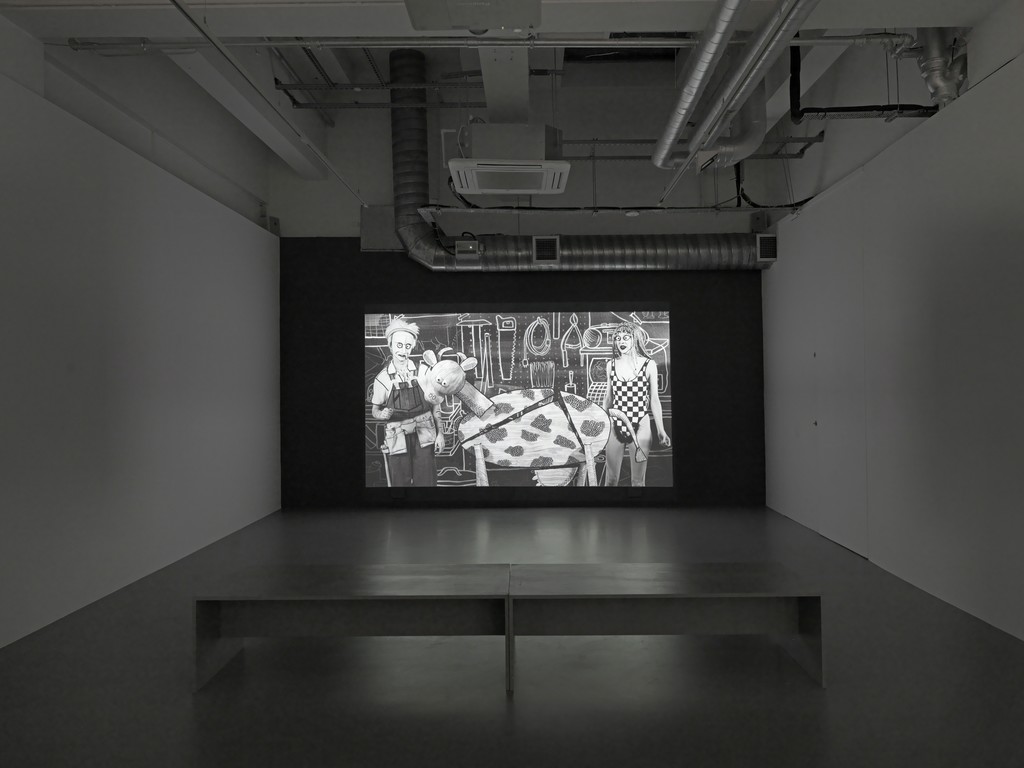 Swinburne’s Pasiphae (2014) follows Priapus Agonistes (2013) in an ongoing trilogy that explores the mythological Minotaur’s tragic family tree. For the first time Reid Kelley adapts an existing text, using Victorian poet Algernon Charles Swinburne’s dramatic fragment Pasiphae to tell the unlikely story of the Minotaur’s conception. Unpublished during Swinburne’s lifetime, probably due to its shocking sexual theme, the poem stages an interaction between master artisan Daedalus and the Minotaur’s mother, the bewitched Minoan Queen Pasiphae, who is cursed with an insatiable wish to mate with a beautiful bull. Symbolising, respectively, reckless creative power and the torment of unfulfilled desire, Daedalus and Pasiphae indelibly dramatise the complex collaboration of artist and audience.

Mary Reid Kelley works primarily in video. Captivated by the portrayal of women throughout history, her films glean stories from significant historical periods, especially moments of cataclysm. Her early suite of films take inspiration from female archetypes of the World War I era, whose stories were largely unrecorded, namely a nurse from the Western Front (The Queen’s English, 2008), a munitions worker (Sadie, the Saddest Sadist, 2009), and a prostitute from the frontline (You Make me Iliad, 2010).These films explore how conventions of law, politics, and philosophy have all impacted on the lives of women.

Like the puns and wordplay that fill Reid Kelley’s original scripts, the revival of mythological characters involves a fundamental repetition, and the collaboration of authors and speakers over time. Here, in Swinburne’s Pasiphae, Reid Kelley pivots from an analysis of gendered history to gendered mythology. The stylised characters in her films function as embodied poetic ideas, conceptual sites that accrue meaning and symbolic dimension with each new usage.