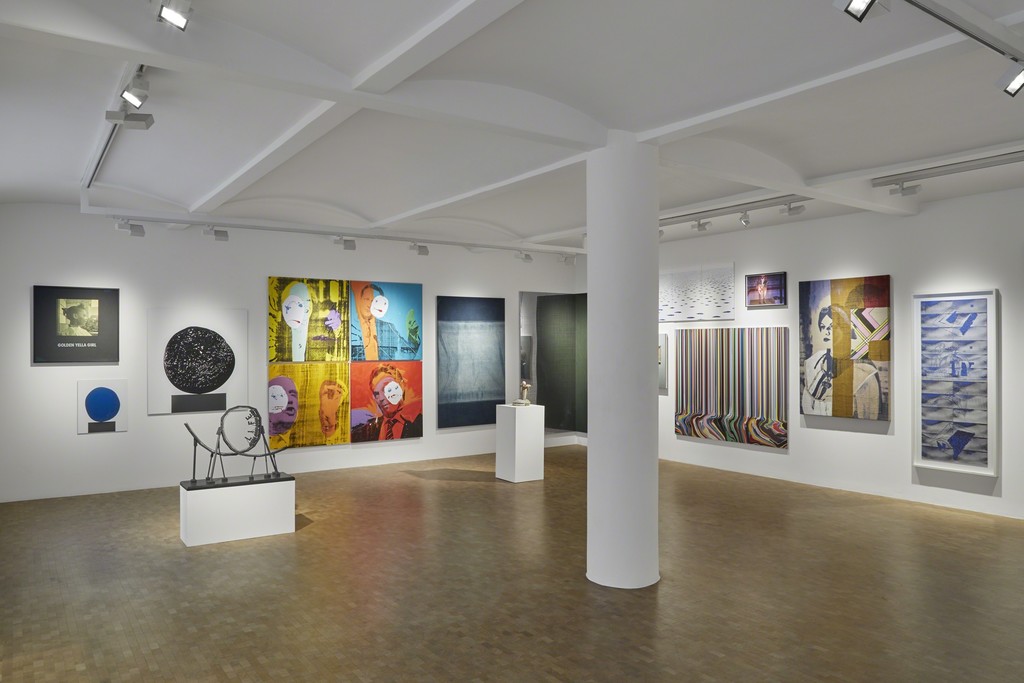 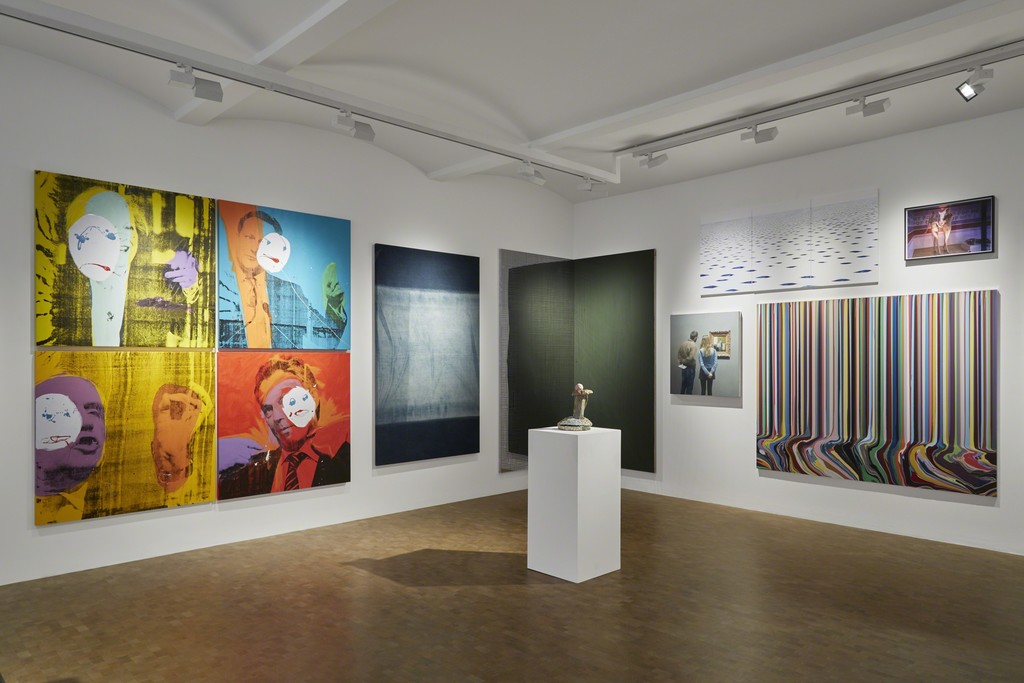 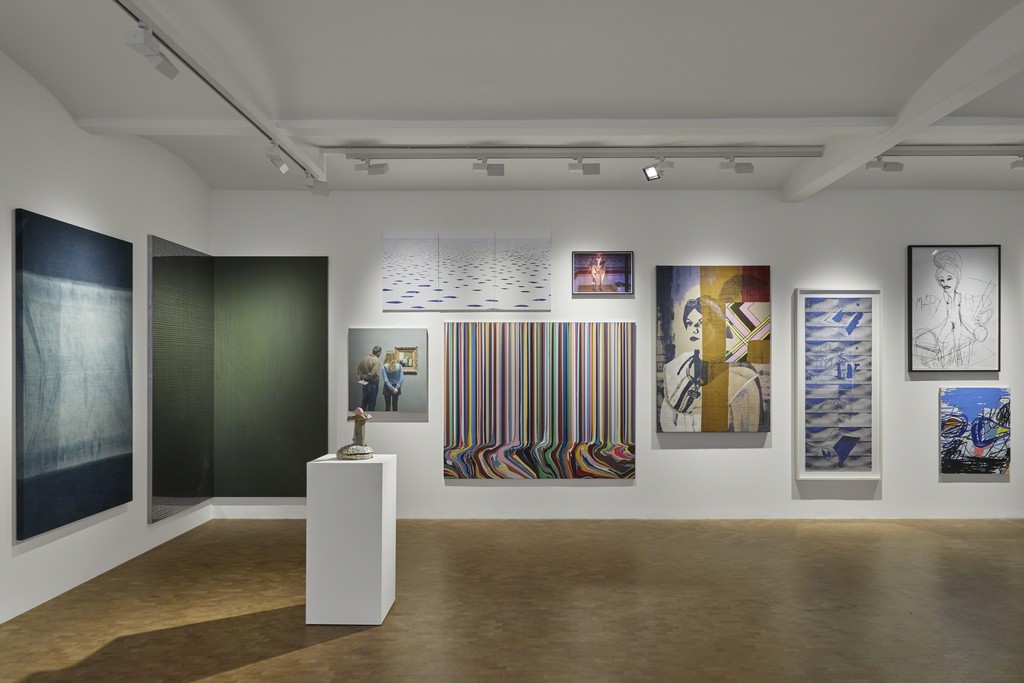 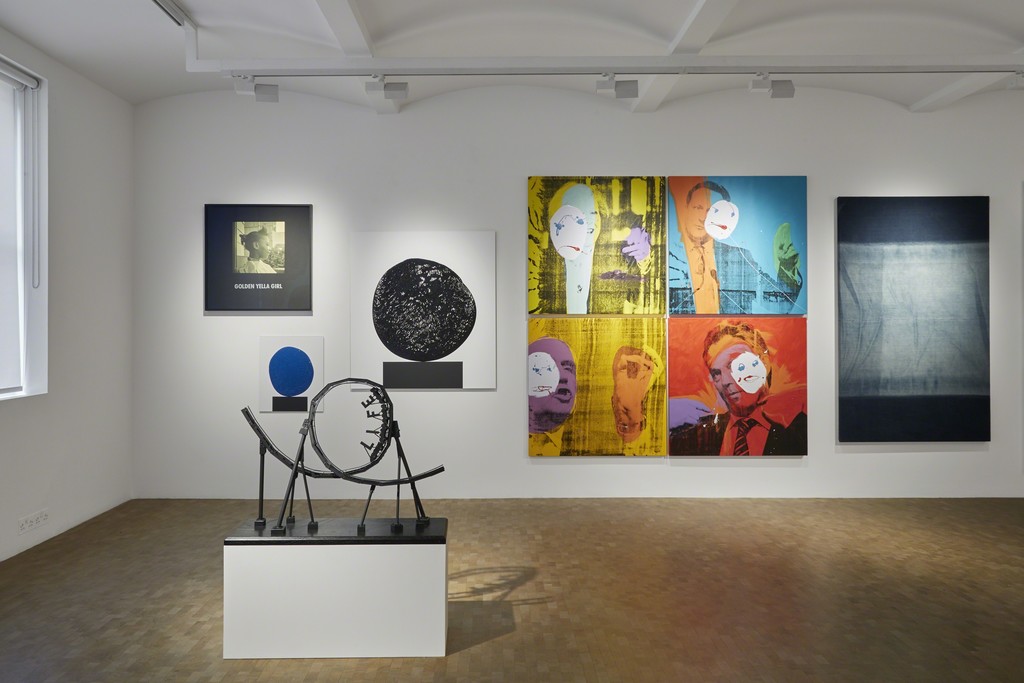 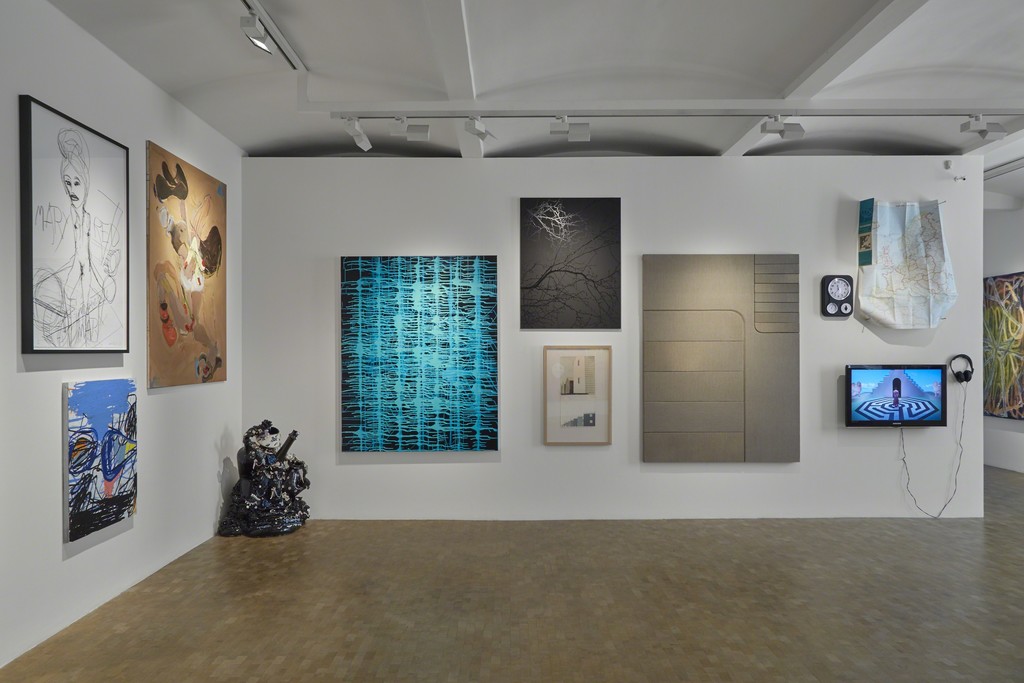 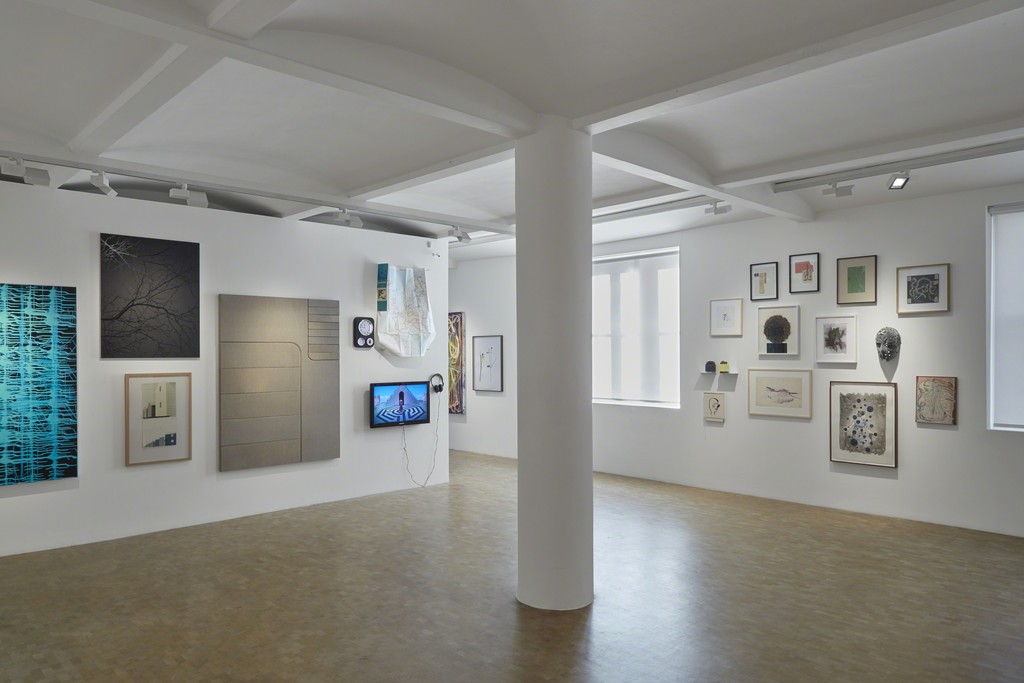 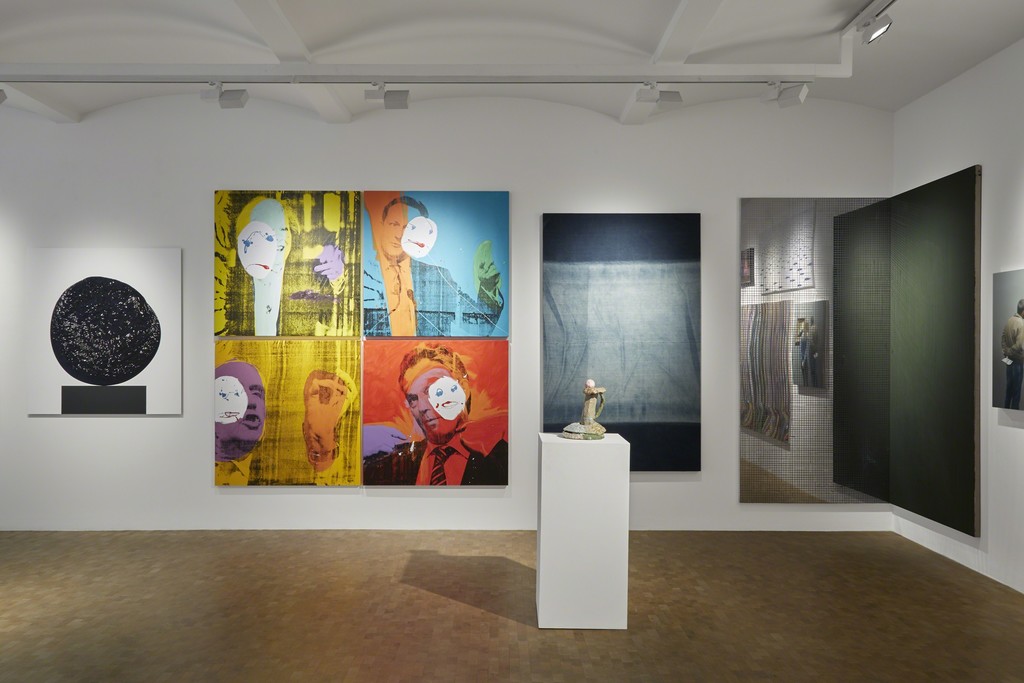 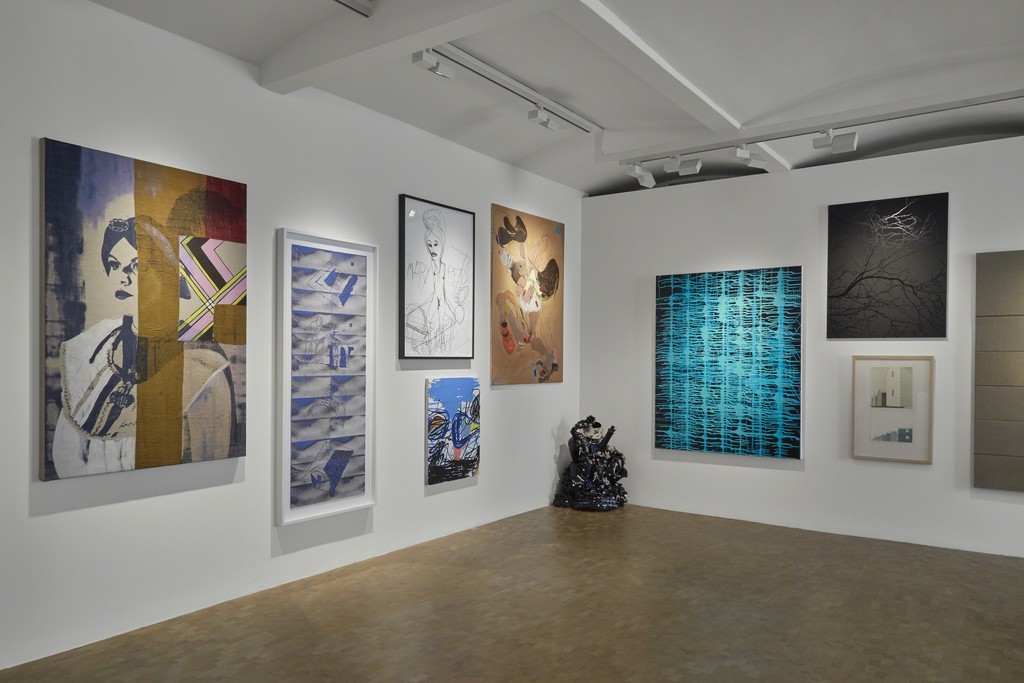 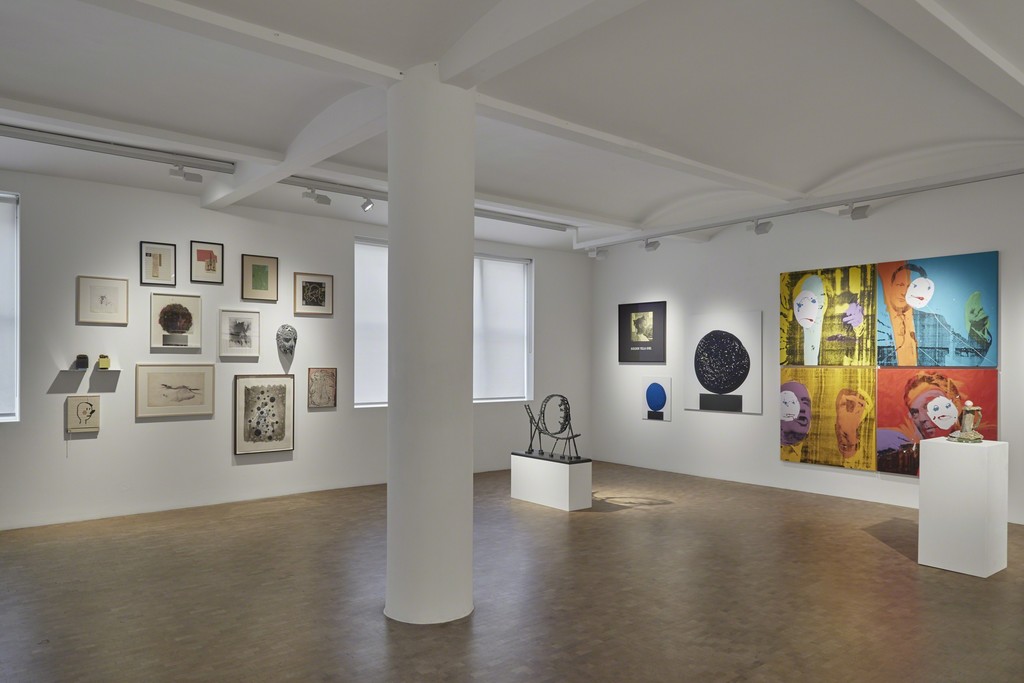 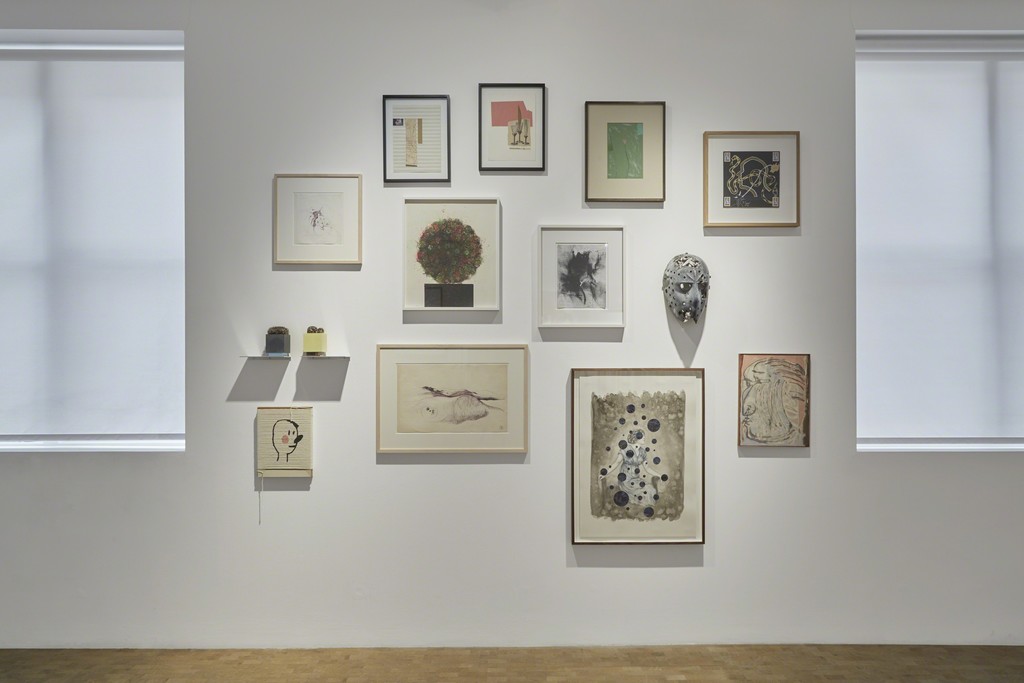 To celebrate five years in its Heddon Street location, Pippy Houldsworth Gallery presents a selection of the most significant artists to have been included in the exhibition programme over this time. Highlighting the gallery’s recent history, and marking its direction for the future, the exhibition provides an overview of current developments in contemporary art by bringing together some of the most important artists working today.

At a time of political turbulence, particularly in the wake of Brexit and the US presidential election, the anonymous collective The Bruce High Quality Foundation has produced a series of portraits that deface images of each of the last four British prime ministers. Capturing the country’s current feeling of unease, the collective uses the problematic of its own existence to question the identity of Britain as a divided nation.

American artist Daniel Arsham has produced a new wall-based sculpture composed of volcanic ash, selenite and hydrostone. Eroded in appearance, the work continues his investigation into the transient nature of time and technology.

New York based artist Luke Diiorio has introduced shaped components into the structure of his paintings for the first time. By disrupting the surface’s homogeneity, Diiorio lends the work an added sense of physicality, furthering his exploration into the interrelation between sculpture and painting.

Interested in the crossover between colour and the urban environment, renowned British artist David Batchelor has produced a new painting, Colour-Chart 81 (blue), which plays with the weight and sculptural potential of pure colour.

Two corporeal drawings from the early 1970s by Polish artist Alina Szapocznikow are shown for the first time in the UK; poetic and harrowing in equal measure, each work on paper embodies Szapocznikow’s enduring fascination with the sculptural qualities of the human form and the unnerving proximity between life and death.

Regarded as one of the most important figures in feminist and conceptual art working today, Mary Kelly has made a new work using her characteristic lint technique. How to Build an Outdoor Bomb Shelter (Anderson), described by the artist as an ‘uncanny combination of domesticity and global catastrophe’, depicts the assembly diagrams used to construct an Anderson shelter in low relief.

A new mirrored diptych Connecting with Nature by New York based artist Dean Levin encompasses the artist’s ongoing interest in subverting modes of visual perception. Minimalist in nature, Levin’s practice is concerned with the contingent relationship between works of art and the space in which they are displayed.