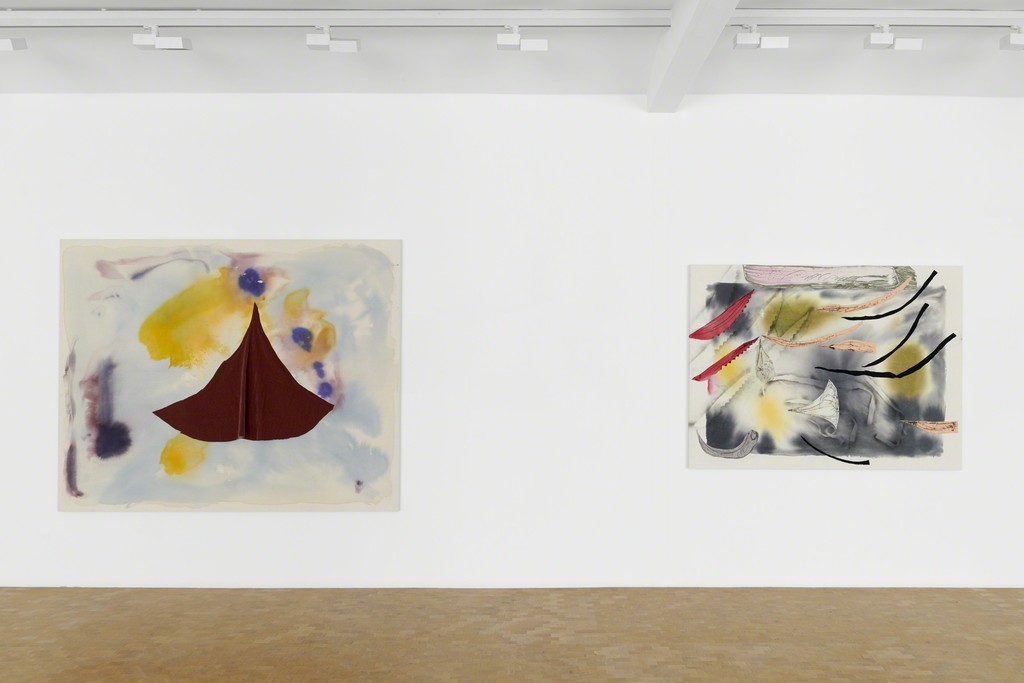 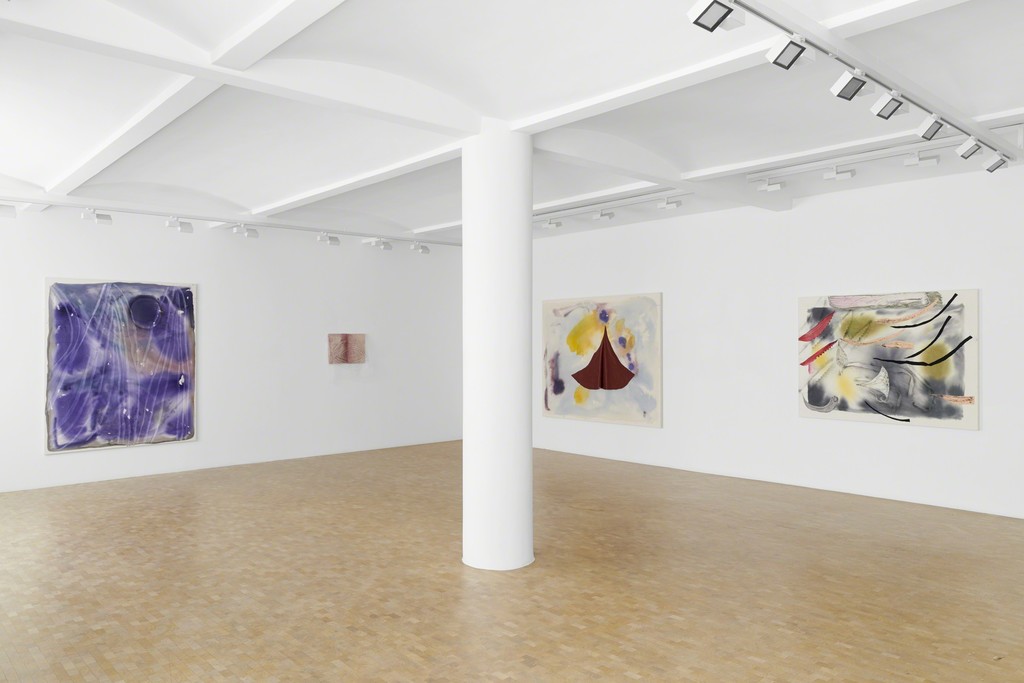 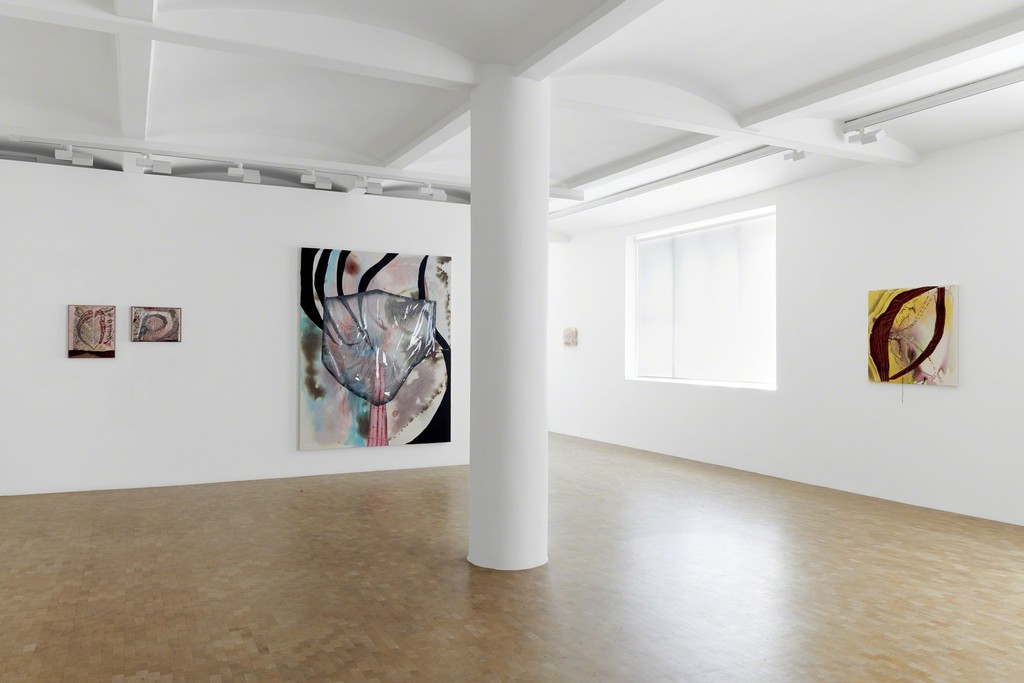 Pippy Houldsworth Gallery is delighted to present its first solo exhibition with British artist Aimée Parrott from 4 May to 2 June 2018, following a two-person show at the gallery with Helen Frankenthaler in 2015.

In previous works, Parrott played with pictorial depth by creating veil-like layers of colour, employing various overlapping processes including dying and monoprinting. In this exhibition, the artist incorporates sculptural elements into her work in order to explore painting as both image and object. Often puncturing the canvas with stitching or appliquéing padded strips of fabric, the eye teeters between the physical elements of the surface and the imaginative space of the image. As a whole, this new body of work encapsulates Parrott’s ongoing fascination with notions of internal and external space, skin and connectivity.

The title of the exhibition 'Blood, Sea' references a short story by Italian writer Italo Calvino. Inspired by René Quinton’s scientific discovery in 1904 that blood plasma has an almost identical chemical composition to sea water, Calvino explores the notion that primordial organisms have in some sense turned in on themselves over many millennia. By metamorphosing from freely absorbing and emitting beings into hermetic and internalised ones, they were able to maximise the distribution of oxygen around their bodies. Outside has become inside and vice versa. In this way, the boundlessness of the oceans from which life began has been transferred to the hollow cavities of our blood system. Thus, complex life still finds itself immersed, in an interiorised way, within the sea.

Calvino’s focus on the shifting between interior and exterior space relates to Parrott’s exploration of the painted surface as a metaphorical skin, exploiting the semi-permeable membrane of the canvas in a process akin to osmosis. Ink and dye seeps out from the underside of the fabric, or sits just beneath the surface, staining it in a similar way to how blood pigments our skin.

The largest work in the exhibition 'Magnifier' (2018) could be read as a complex cellular structure as if viewed through the lens of a microscope. In this work, the particularity of Parrott’s choice of materials (ie velvet and felt) activates an innate desire to touch, whilst pieces of reflective PVC at once focus and impair the gaze. Works such as 'Queen Bolete' (2018) further exemplify the work’s connection to the body. The orifice as a motif explicitly references points of entry or exit from the body, with its velvet lips framing the infiniteness of the picture plane beneath.