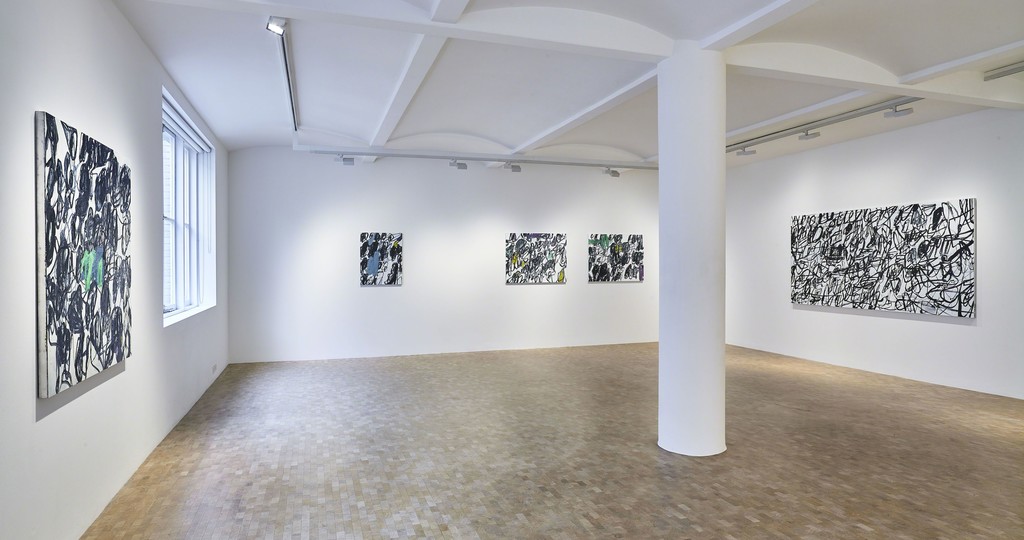 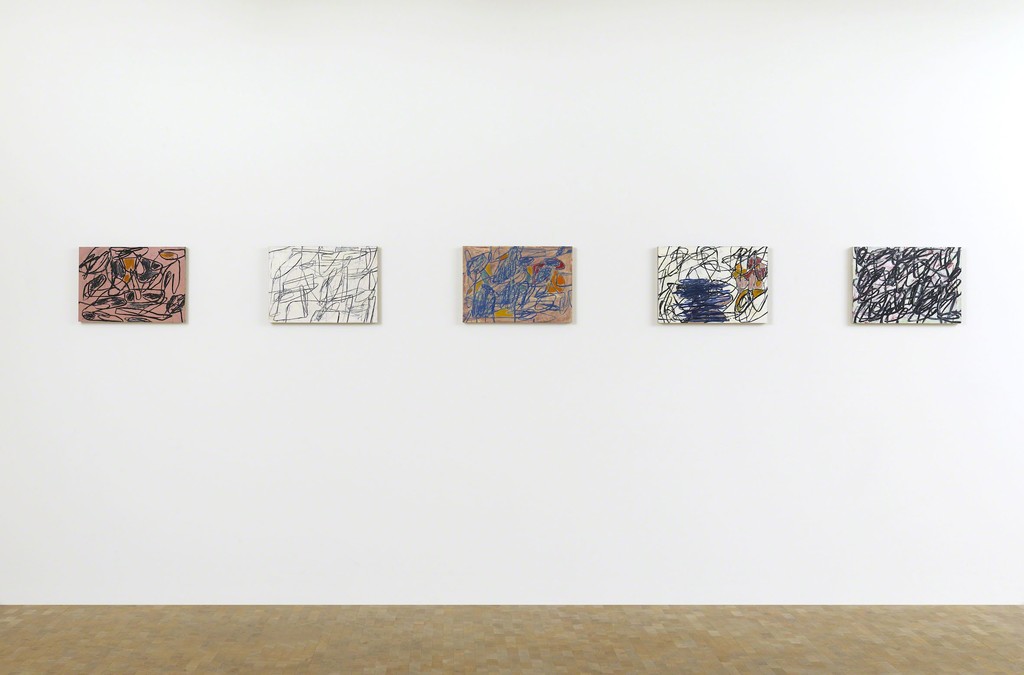 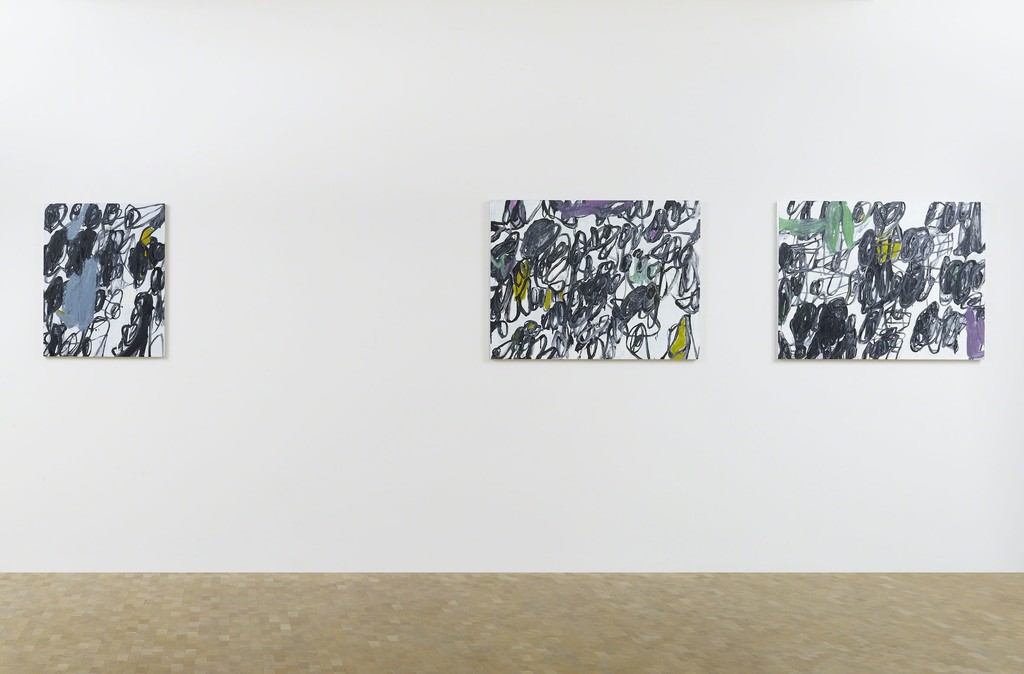 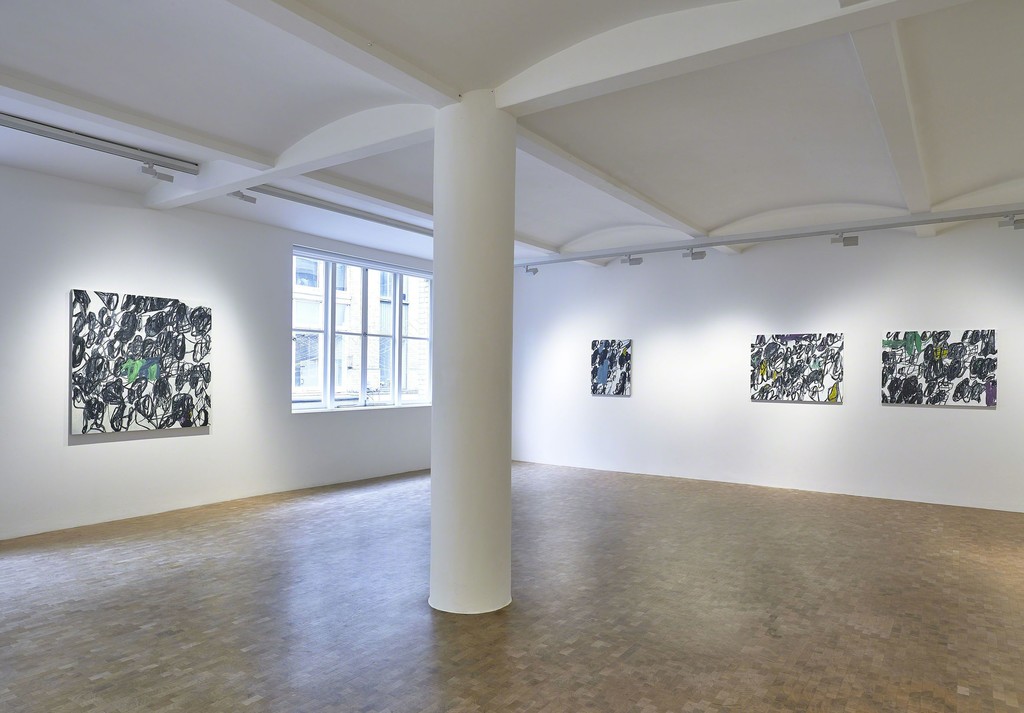 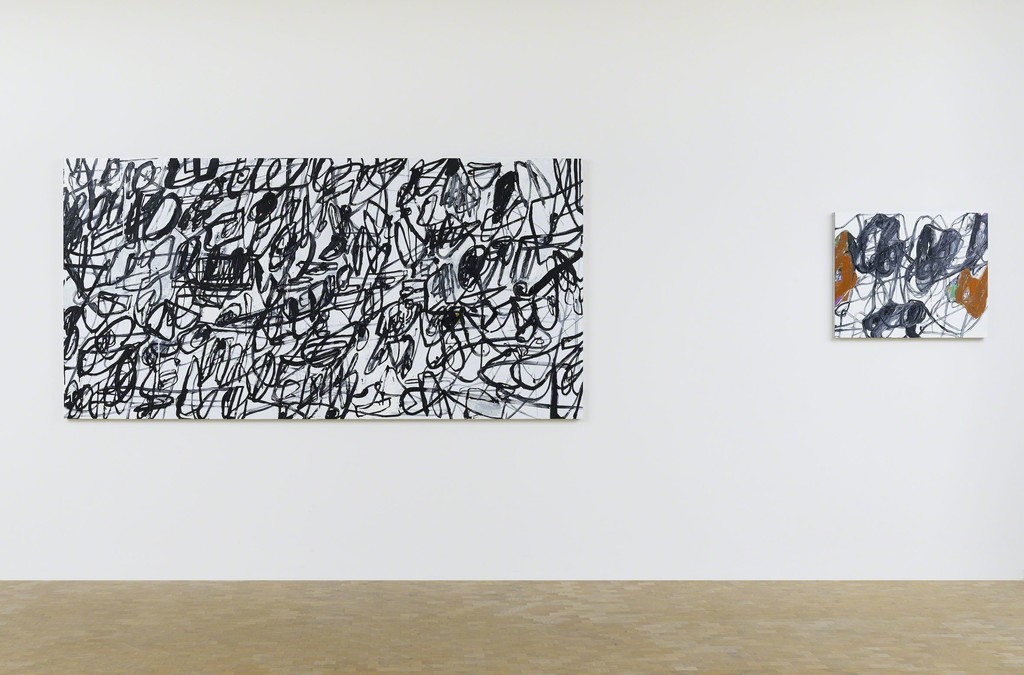 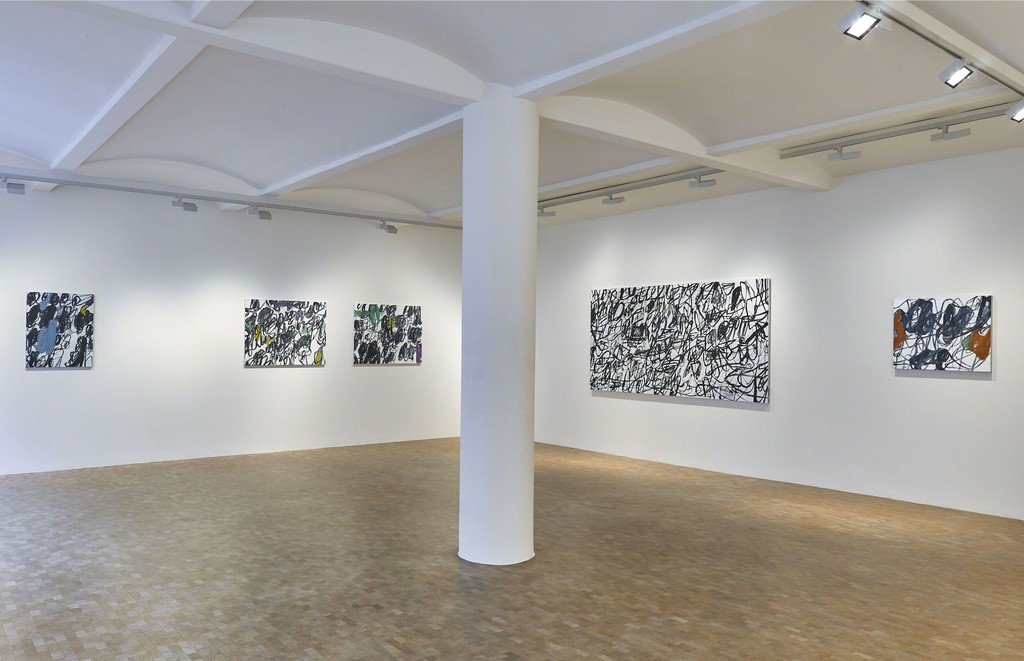 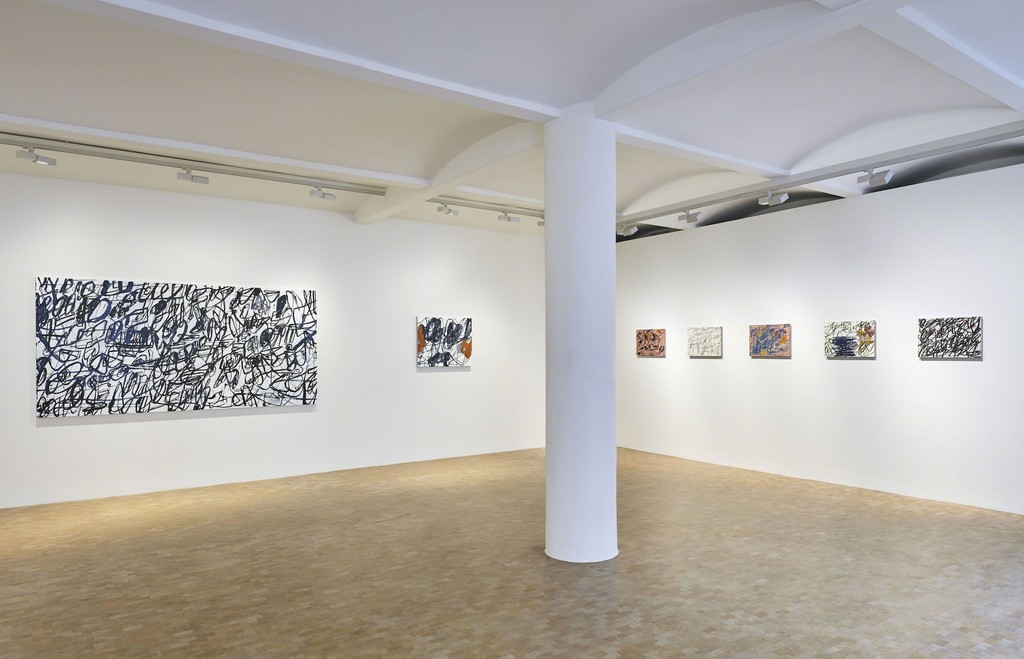 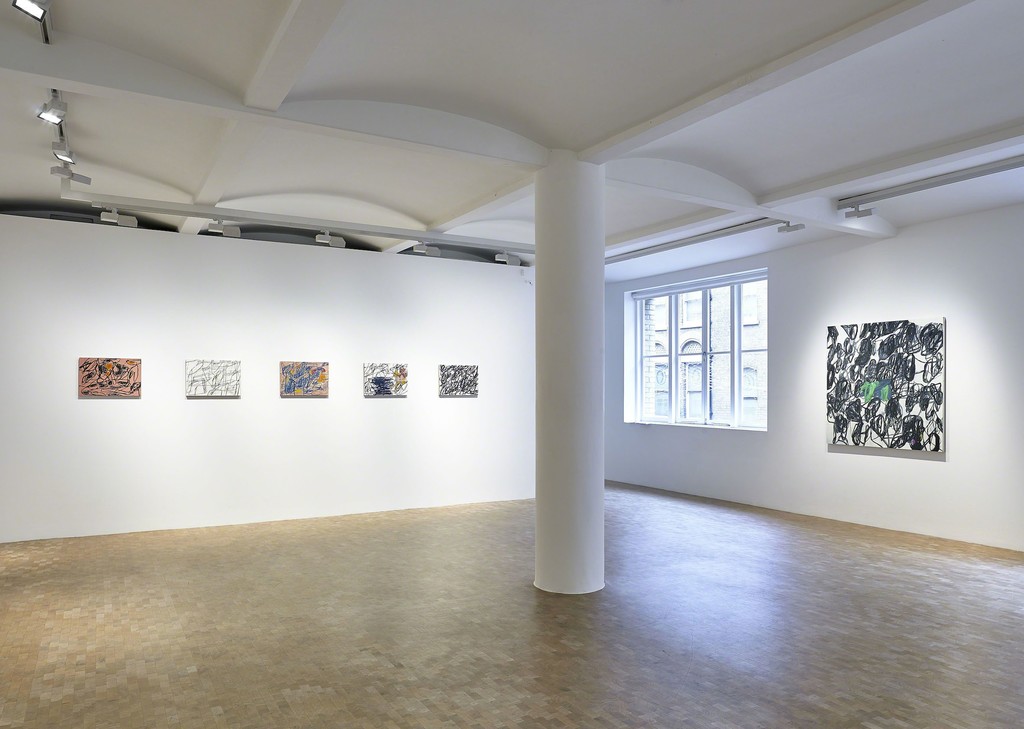 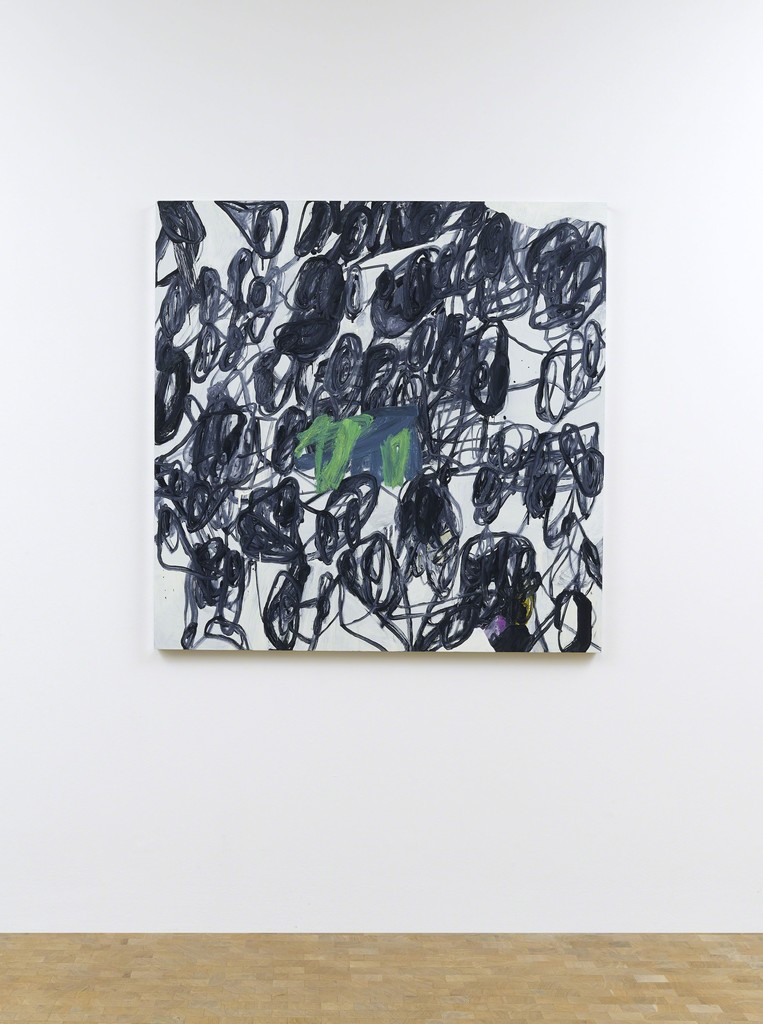 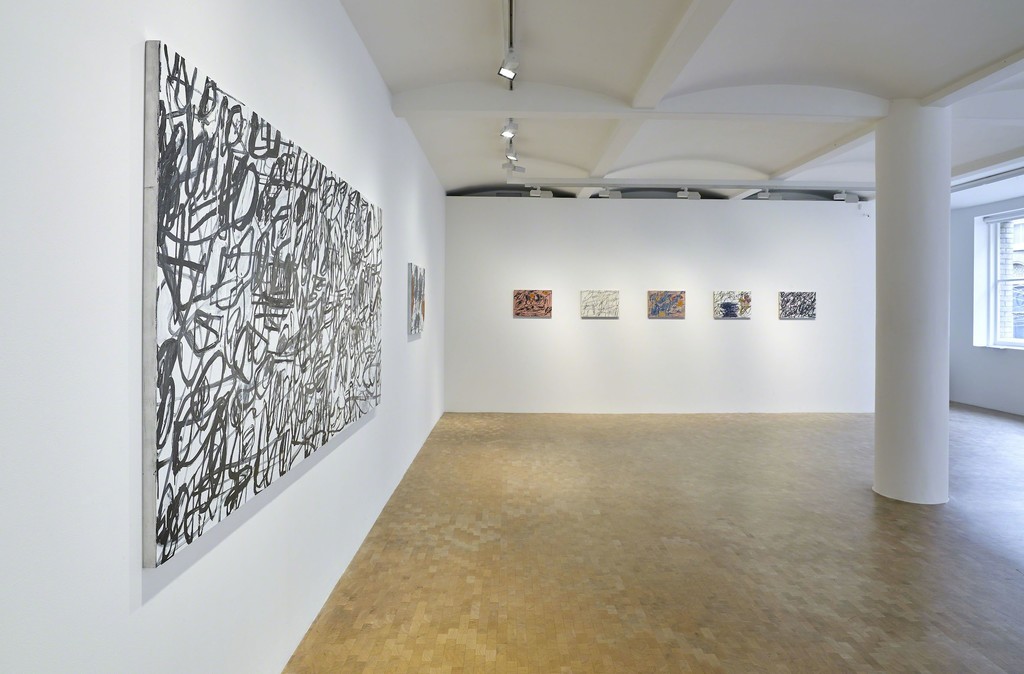 Pippy Houldsworth Gallery is pleased to present Clem Crosby’s second solo exhibition with the gallery: 'My, my shivers.' Running from 20 November 2015 to 9 January 2016, the exhibition will comprise a new body of paintings and oil-stick works.

As the title of the exhibition denotes, Crosby’s loose, line-based compositions reverberate with movement. Painting onto laminate and aluminium enables the artist to move freely across the surface of his works. Each painting reveals the arduous process of its own making; constructed through a repetitive process of adding and redacting, areas of sparsity are interrupted by patches of dense, intertwined brushstrokes. This contrast builds up a friction between the different layers of paint, lending the works their characteristic freneticism. Flashes of colour also draw our attention to pockets of depth within the work, where highlights of pigment emerge from the underlying layers of mark-making.

Christoph Schreier, Director of Kunstmuseum Bonn, explains: 'There once was a time when painting had to justify its own existence. Fortunately, this time is over and painting can refer to its own qualities, enormous sensual potential and almost physical directness again without the pressure for legitimisation. Clem Crosby’s oeuvre also owns these qualities while at the same time his works are infused with a deep knowledge of painting’s history. Crosby is anything but a naive painter who thinks he can reinvent painting. His art rather reflects the knowledge of baroque art and abstract expressionism – to name only two points of reference. Yet, he never quotes history, but continues it in a highly reflective manner. As we can see, the “old” medium of painting can reinvent itself too – provided that it knows its own history.'