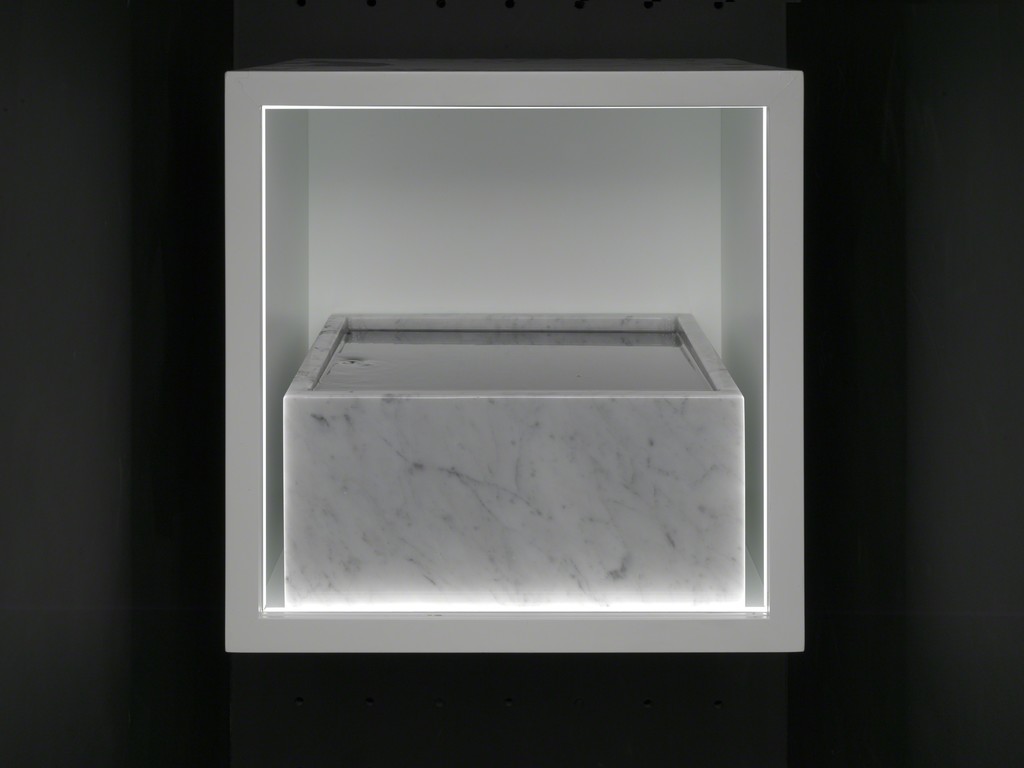 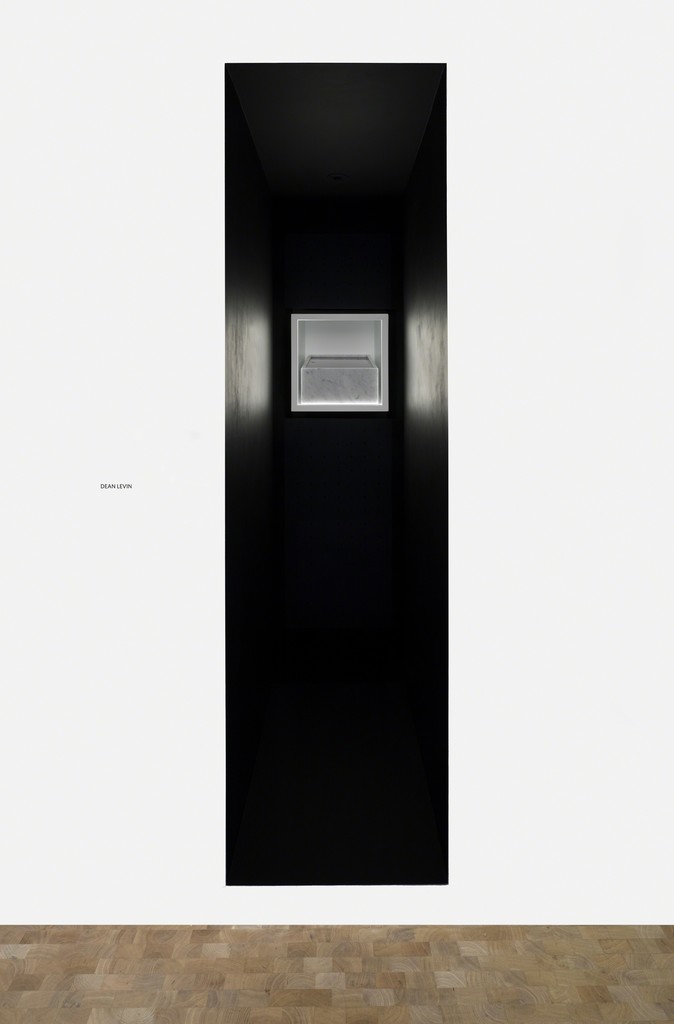 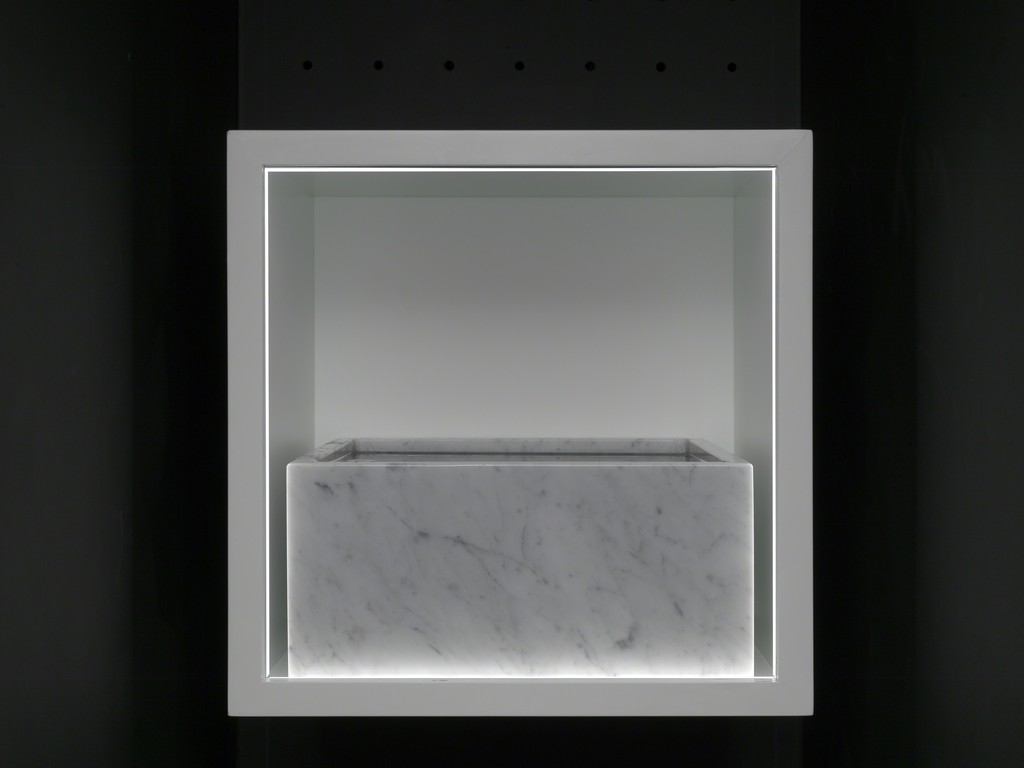 Pippy Houldsworth Gallery is pleased to present a new installation for The Box by young US artist Dean Levin. Subverting modes of visual perception, Levin’s practice is concerned with the contingent relationship between works of art and the space in which they are displayed.

Having studied architecture at the Pratt Institute, Levin brings this architectural approach, as well as some of the field’s conceptual problems, to his work. Levin frequently uses reflective surfaces and materials in order to explore the dialectic between the viewer and his or her environment, serving to highlight the instability of human perception. For example, pools of pigment and oil often accompany his convex diptych panels in order to obscure the viewer's access to the work's literal profile.

For The Box, Levin has advanced this idea further by producing a marble basin in which water mixed with oil pigment and graphite circulates. The motor activating this effect creates a dimple and shimmer in the opaque surface, distorting the viewer's reflection when he or she peers into it. The dark, navy liquid contrasts with the cold, hard organicism of the white marble basin, referencing the mixture of technology and natural materials that characterises Modernist architecture, especially that of Mies van de Rohe, who is a regular touchstone for Levin.

Dean Levin was born in Johannesburg, South Africa in 1988. He studied Architecture at the Pratt Institute, New York, receiving his Bachelor’s Degree in 2012. Levin has exhibited throughout the US and abroad since 2012, with solo shows at Retrospective Gallery, Hudson (2014); Bill Brady Gallery, Kansas City (2015) and Marianne Boesky Gallery, New York (2015). The artist lives and works in New York.