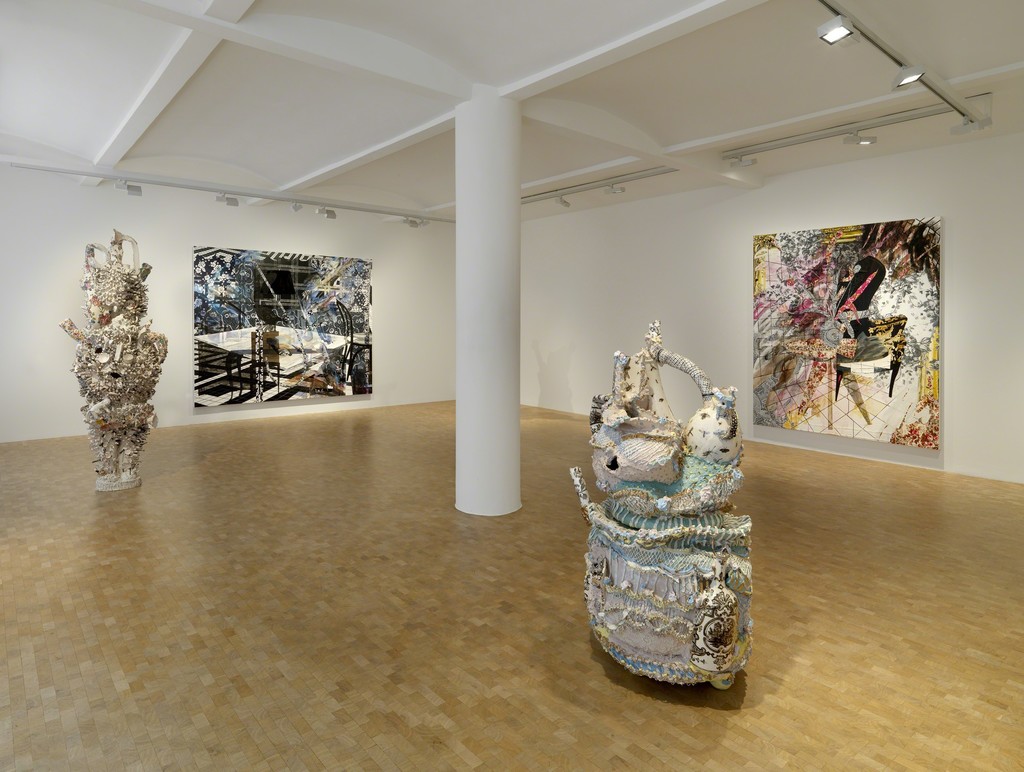 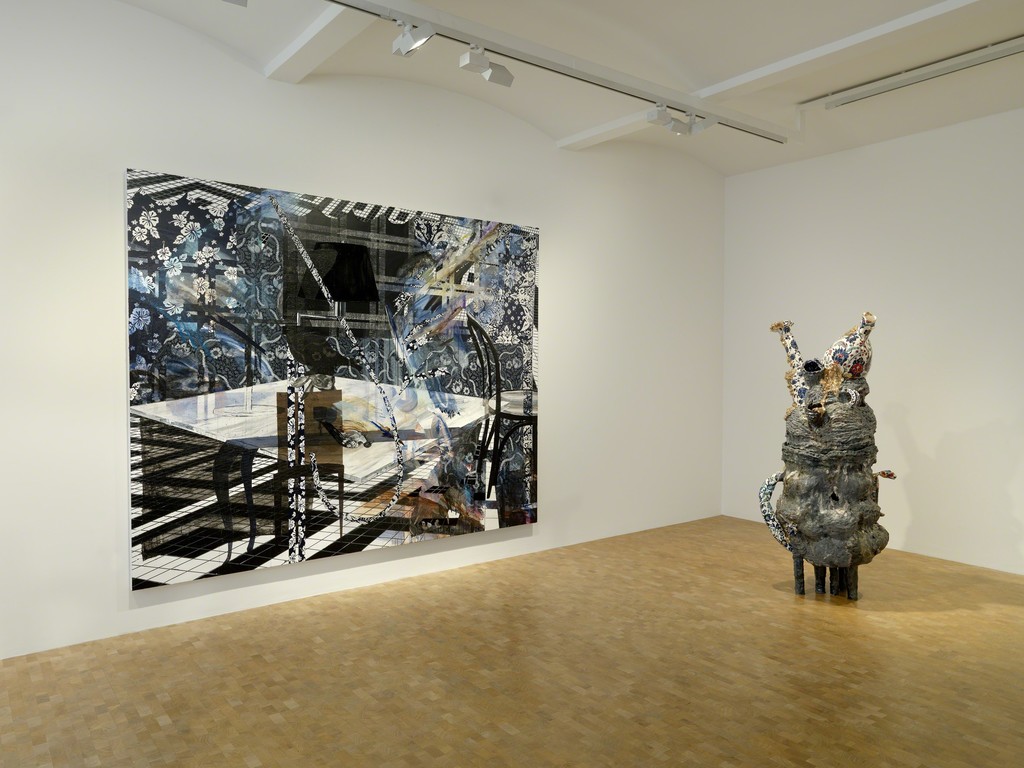 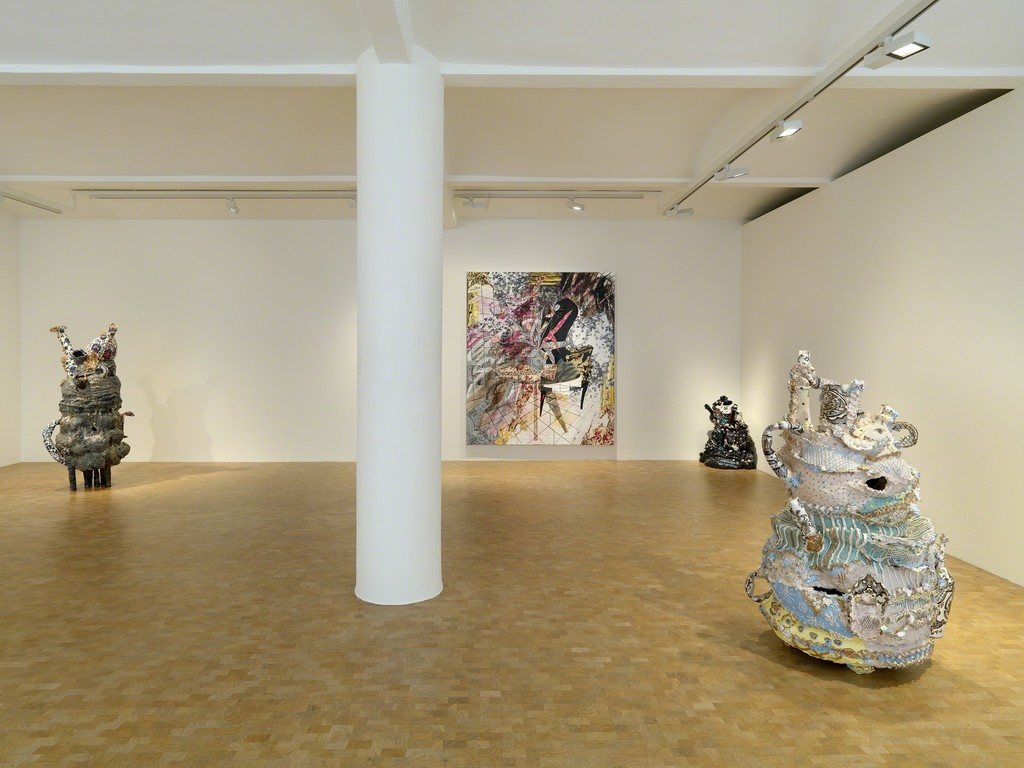 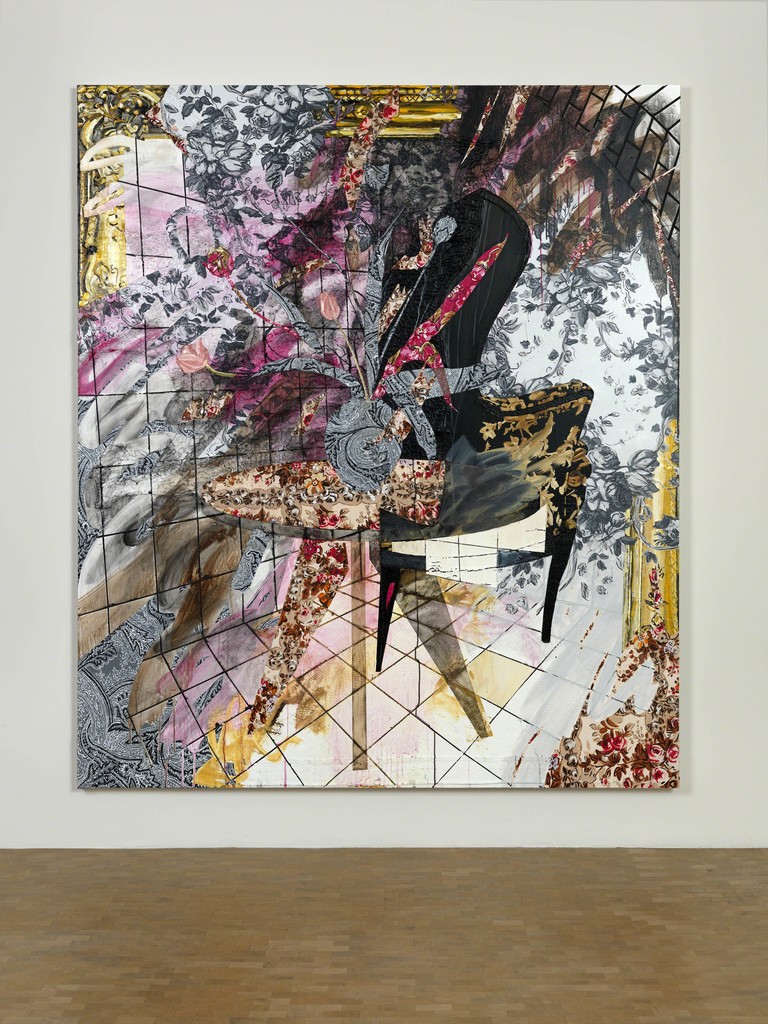 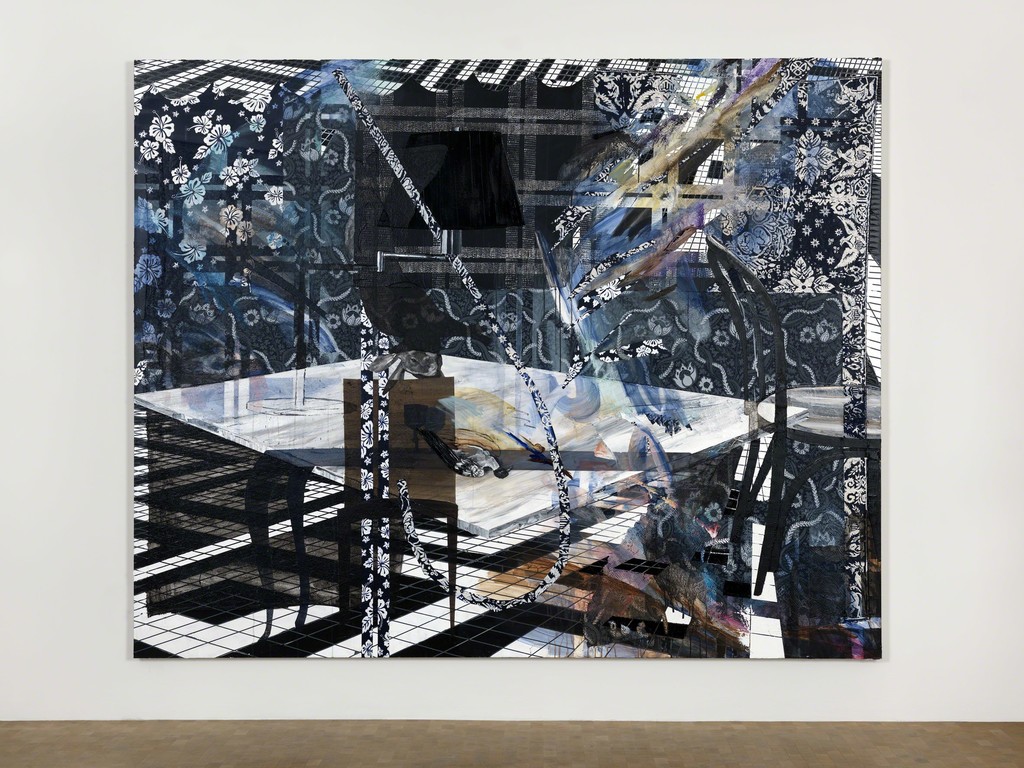 Pippy Houldsworth Gallery is delighted to announce Francesca DiMattio's second solo exhibition with the gallery. Comprising a body of new large-scale ceramics and paintings, 'Confection' continues the artist's ongoing interest in disrupting traditional notions of femininity through stark pairings of material and form.

To coincide with the exhibition opening on Monday 12 October 2015 (6-8 pm), Pippy Houldsworth Gallery will also hold a book launch to celebrate the publication of the artist's new book 'Francesca DiMattio: Housewares' focusing on her recent solo exhibition at Blaffer Art Museum, Houston.

DiMattio's distorted sculptures fuse together different historical traditions and techniques, ranging from 17th Century French Chinoiserie to mass-produced kitsch ceramics. While ceramics have historically been relegated to the lowest position in the hierarchy of the arts, the artist elevates them into vehicles for expression by drastically increasing their scale and appropriating their forms within her vernacular.

DiMattio’s ceramics appear to have been plucked directly from the architectural realms depicted in her paintings, particularly so when displayed alongside one another. Playing with scale, the artist destabilises the interrelation between physical and virtual reality by painting complex, multi-layered scenes in which architecture, furnishings and objects converge in haphazard conglomerations. Interested in the space between things, DiMattio looks at the shapes created when three-dimensional objects intersect on a two-dimensional plane.

In the show, DiMattio uses iconography and techniques associated with the decorative to make large, roughhewn sculptures that are assertively masculine. She explains: ‘I'm always looking to defamiliarise the familiar, to take feminine modes of making and lend them a more aggressive tone.’ In the artist’s hands, floral patterns and cake icing become viral and sickening. This is particularly evident in 'Bloemenhouder II' (2015), where tiny, porcelain flowers smother the front of the work, whilst hundreds of steel nails puncture the back.

The title of the exhibition denotes both the elaborate appearance of the artist’s ceramics and also the hybrid nature of their construction. On the verge of collapse, tiers of cake-like clay in 'Confection' (2015) are stacked on top of one another and smothered with thick, saccharine icing. In contrast, pastel-coloured piping adorns the sleek, jet-black surface of 'Black Confection' (2015), lending the work an odd, fluorescent glow. Each sculpture in the exhibition is an amalgamation of opposites; grotesque and refined, rough and smooth, matte and glossy, textured and smooth.

The two new paintings in the exhibition are part of an ongoing series of ‘Pattern Paintings.’ Here, pattern, typically used as a decorative accent in a room, plays a primary role within the works. Confined within a gilded frame, floral designs, rendered by hand, bleed through the composition in 'Paisley' (2015) to disorienting effect.

Aside from the visual references, DiMattio explains that she also draws heavily upon the way in which craft-based objects are physically constructed: ‘I look to varying traditions for the formal elements, but in the process of making, these references are digested and amalgamated together like pieces of fabric in a quilt. The over and under, in and out, structure weaves together the different fragments and makes something new out of them.’