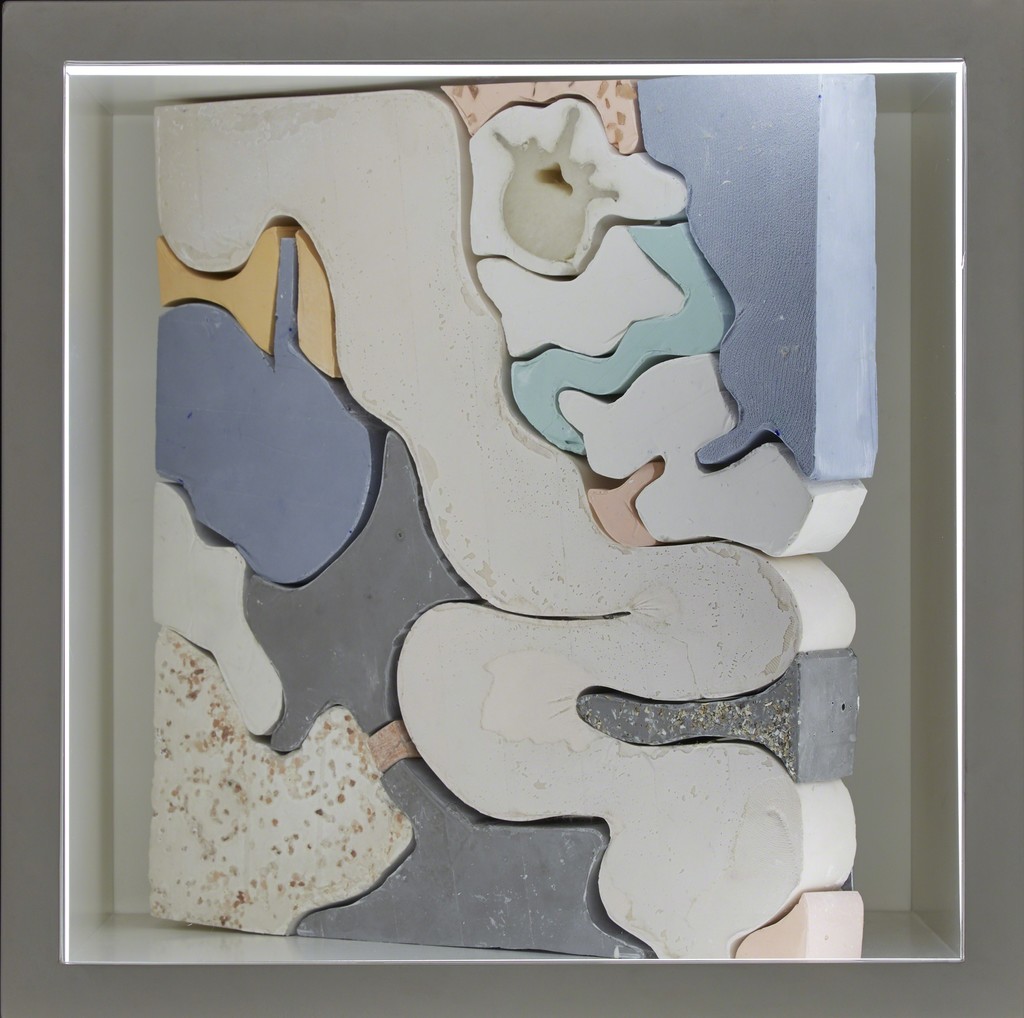 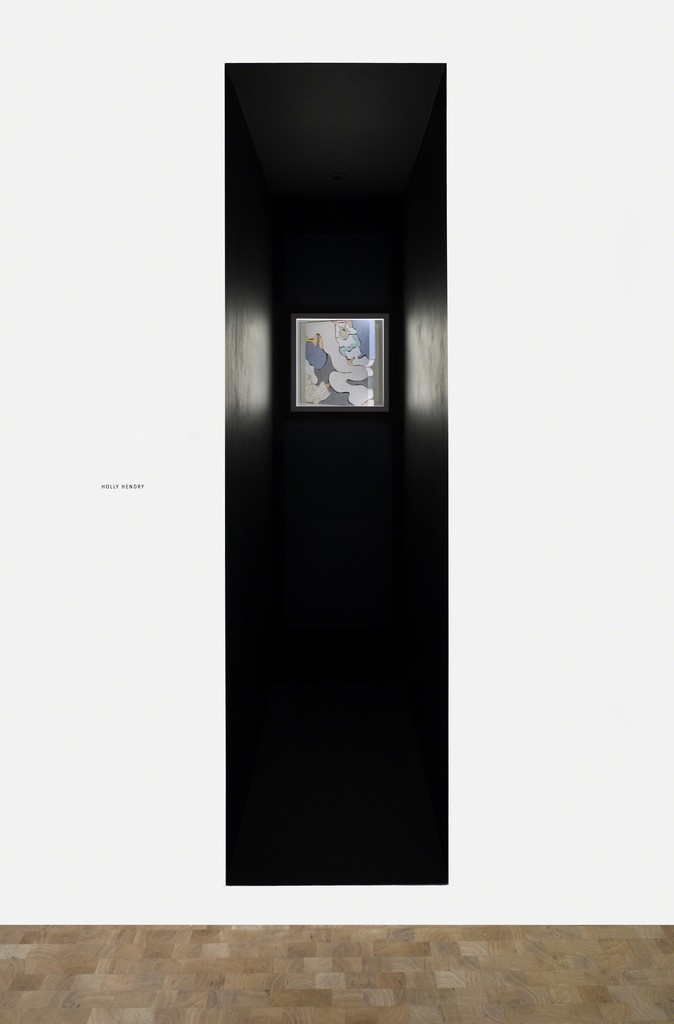 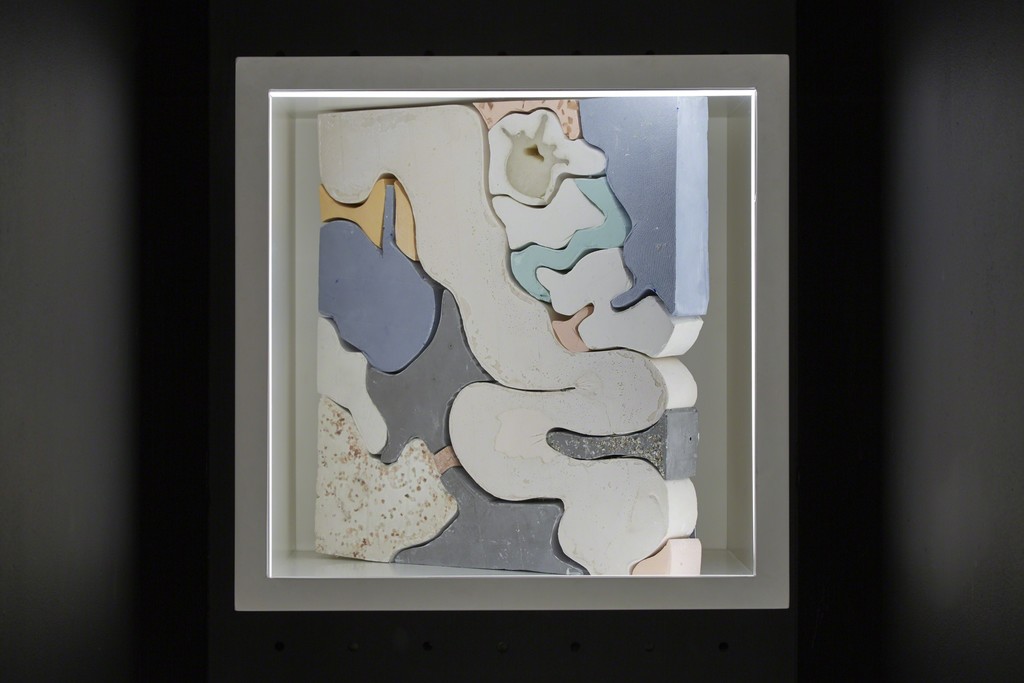 Pippy Houldsworth Gallery is delighted to present a new sculpture in The Box by young British artist Holly Hendry. This will coincide with the artist’s current show at BALTIC Centre for Contemporary Art, Gateshead, her first solo exhibition in a UK institution.

‘The work emerges from a continued interest in the inside and outside of things where I have recently been looking at medical journals, architectural diagrams and images which show a segment of an object. I have been thinking about the change of meaning that occurs when something is cut to reveal a cross section - the way a stalagmite becomes an artefact, or how a body becomes an image - a three-dimensional thing in the world rendered flat. I also like the notion of the cross section as an act of slicing in order to reveal, giving an edge to the inside.

The work comprises of blocks cast in different shapes, where the front faces have picked up delicate textures taken from latex seams, plastic wrinkles and the fabric weave in tights. The blocks fit together to make up an abstract image - a form looking like it could come from a section of an anatomical diagram. The blocks are held slightly apart by a metal structure, preventing it from fully coming together as a complete ‘puzzle’. Each section of the work is made from a material like plaster or jesmonite, with pigments and aggregates that relate to food stuffs and bodily healing or cosmetics - things we ingest inside or paste on outside with an ambition of restoration, rejuvenation and staying alive.'