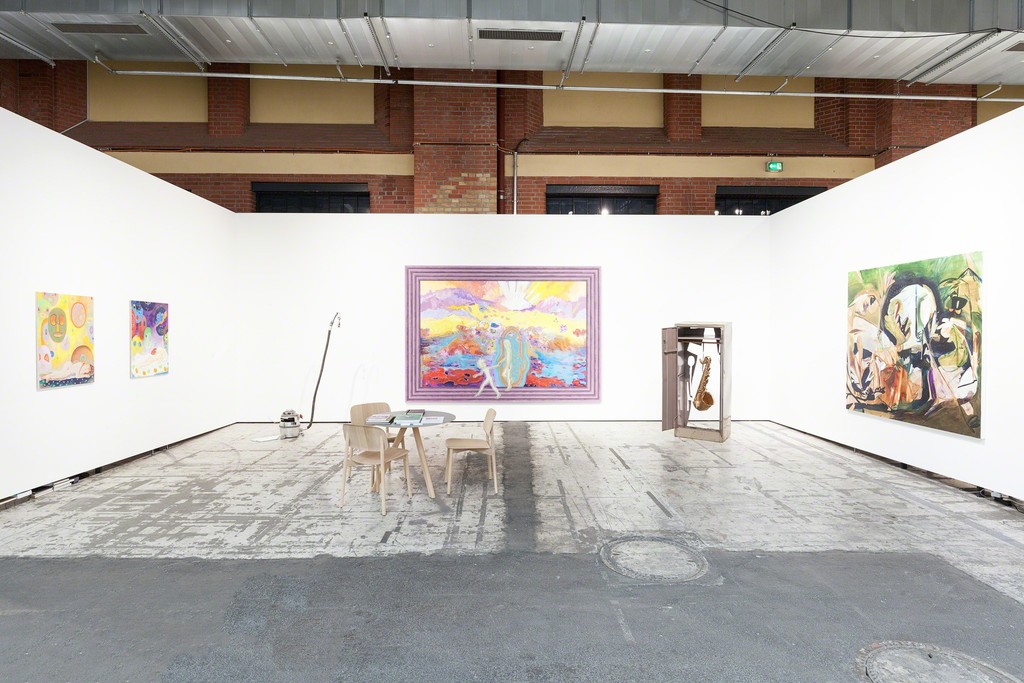 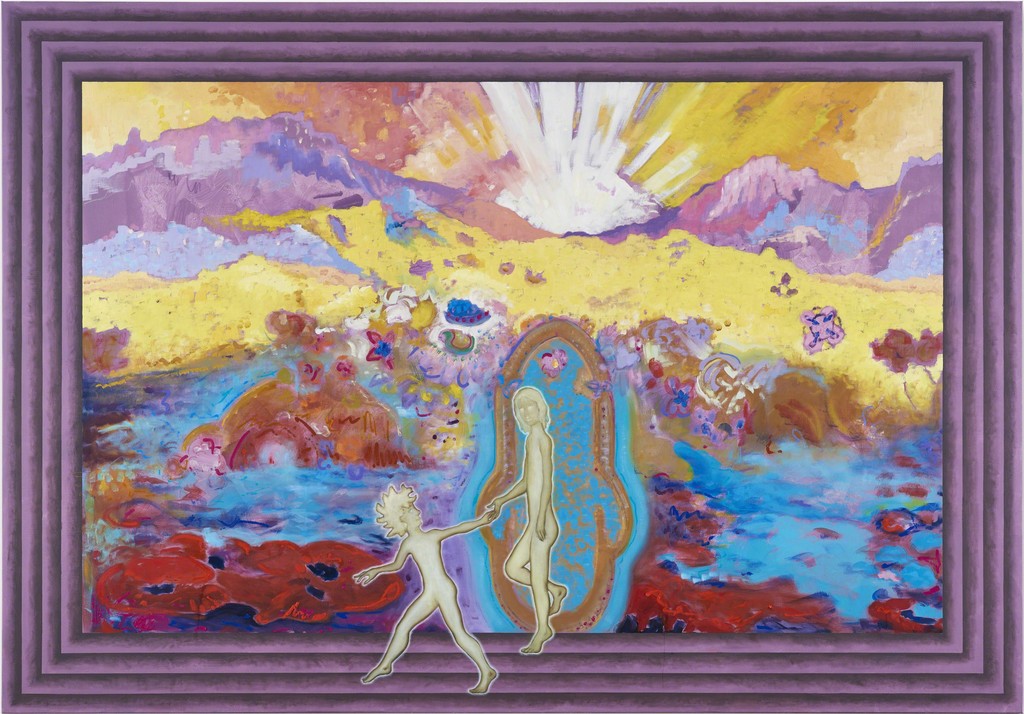 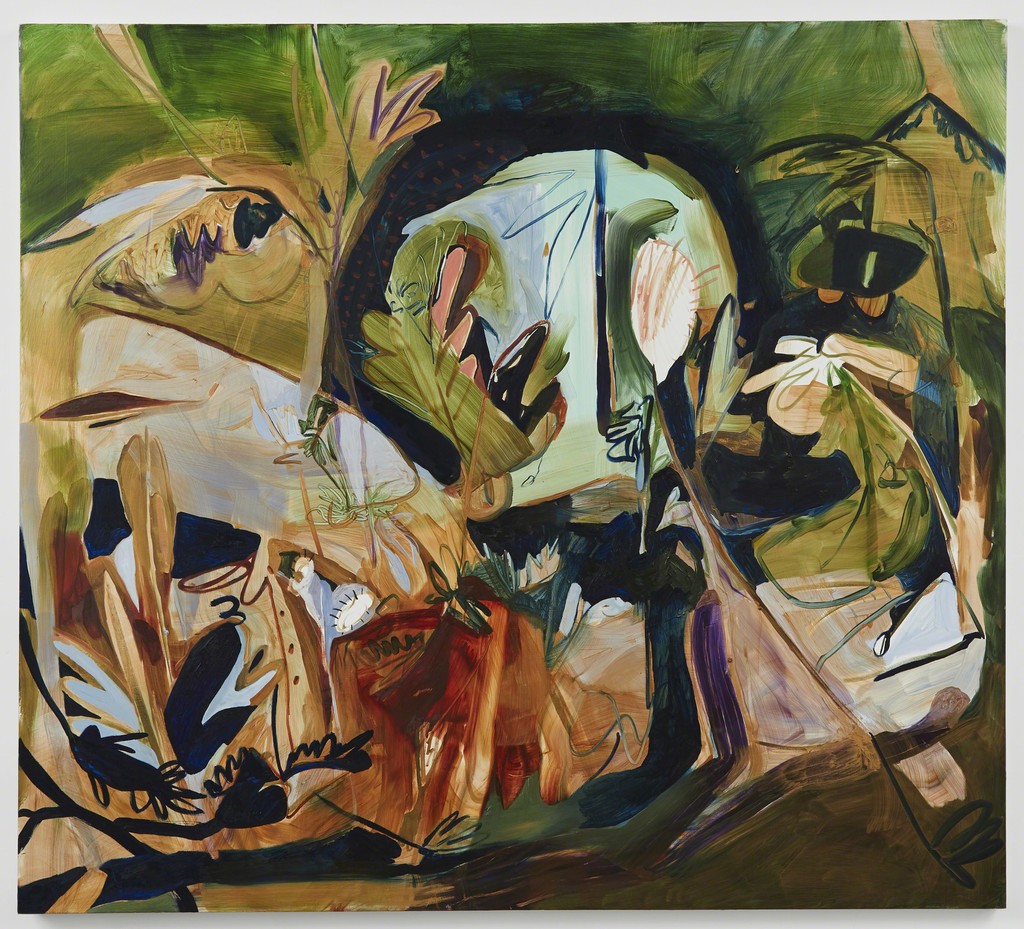 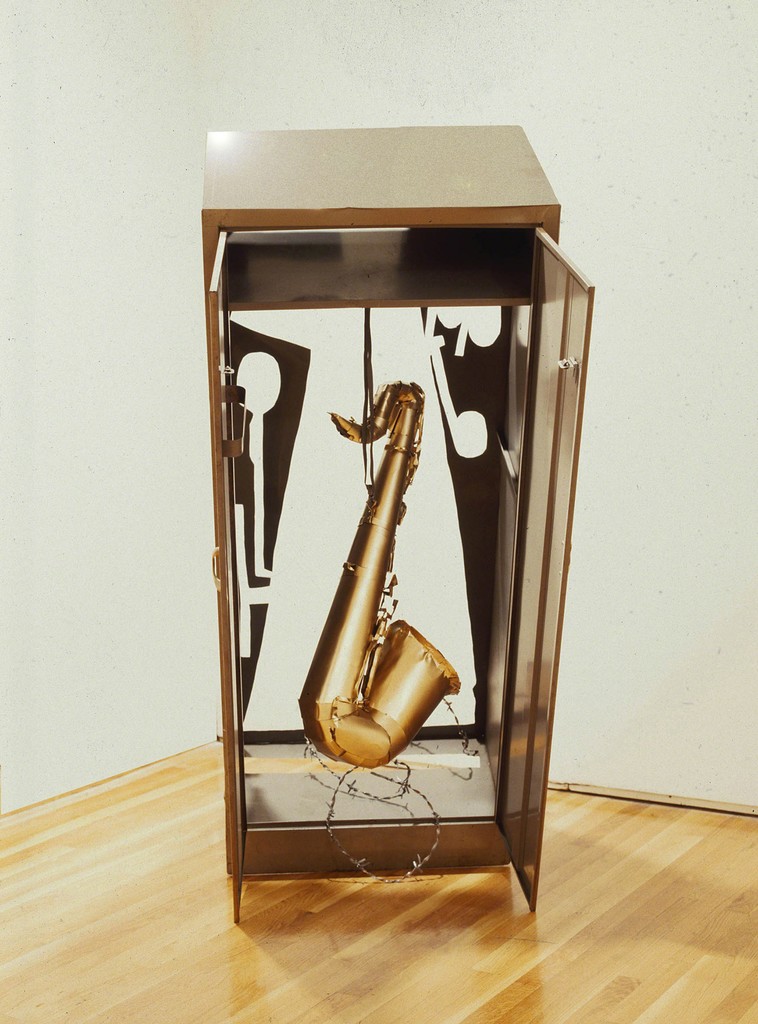 The gallery is exhibiting new paintings by young, British artist Jadé Fadojutimi, her first presentation outside of the UK. Rendered out of loose, translucent brushstrokes, Fadojutimi’s works capture scenes of ‘familiar unfamiliarity’ where far-flung landscapes bleed in and out of abstraction. The artist explains that ‘the notion of the 'self' is explored in the work by creating locations imbued with unconscious fears and unknowns.’ Having graduated from the Royal College of Art, London earlier this year, she has recently been nominated for the Contemporary British Painting Prize and the Griffin Art Prize. Fadojutimi’s participation at the fair will precede the artist’s first solo exhibition at Pippy Houldsworth Gallery from 1 December 2017 to 6 January 2018.

New, large-scale paintings by Berlin-based artist Uwe Henneken are juxtaposed with Fadojutimi’s work. Interested in the connection between artistic and shamanic states of mind, Heineken creates paintings that offer access to hallucinatory, trance-induced scenarios. Vivid, multi-coloured and often incomprehensible, the artist's allegorical works fluctuate between different moments in time, drawing heavily from anthropology, German folklore, Romantic painting and hyper-real, modern imagery. Henneken’s presentation at Art Berlin coincides with a solo exhibition of new paintings at Pippy Houldsworth Gallery running until 21 October 2017, his first solo show in London. Henneken’s work is also largely featured in the current display of the permanent collection at Sammlung Boros, Berlin. Henneken will host a shamanic journey at his studio, led by Roland Sprung, as part of the public programme of the fair on Sunday 17 September at 3 pm ([email protected]).

A number of early ‘cut-out’ sculptures by acclaimed British artist Bill Woodrow are also on view. Woodrow first came to international prominence in the 1980s with works made from salvaged consumer goods such as defunct washing machines and car bonnets. Cutting directly into their surface, the artist then transformed them into fantastical objects. The remodelling of form from one context to another lends a narrative element to Woodrow’s work which has continued with his later pieces made from bronze and welded steel, perhaps best demonstrated by his version of the Fourth Plinth, Trafalgar Square, UK in 2000. Running concurrently with the fair, Woodrow is participating in this year’s edition of the Folkestone Triennial, UK for which he has created a monumental, outdoor sculpture on the town’s coastline.