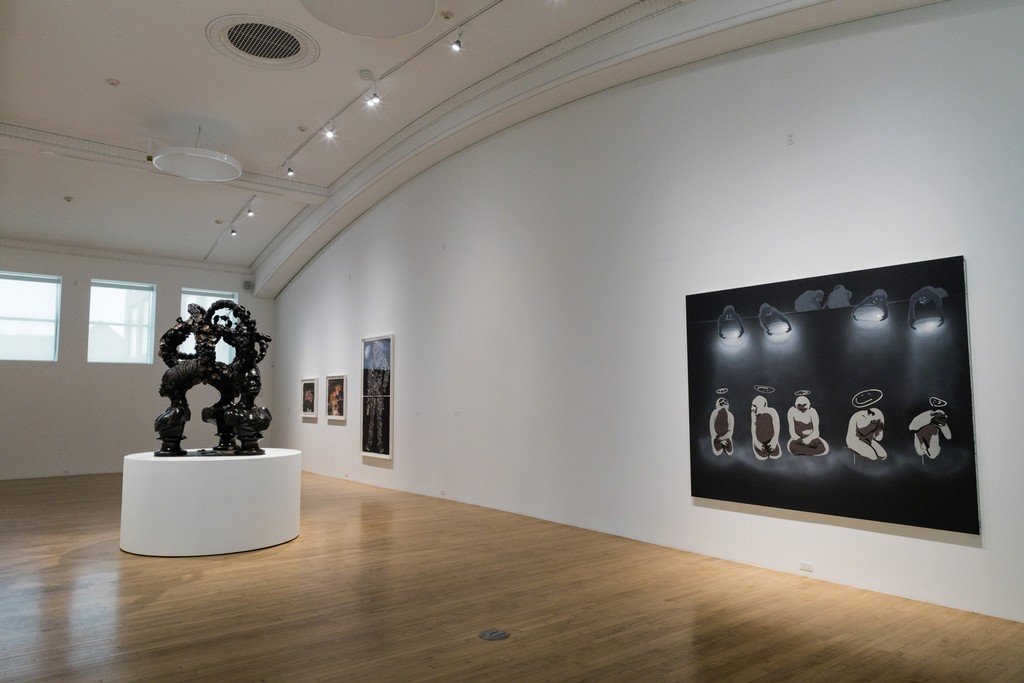 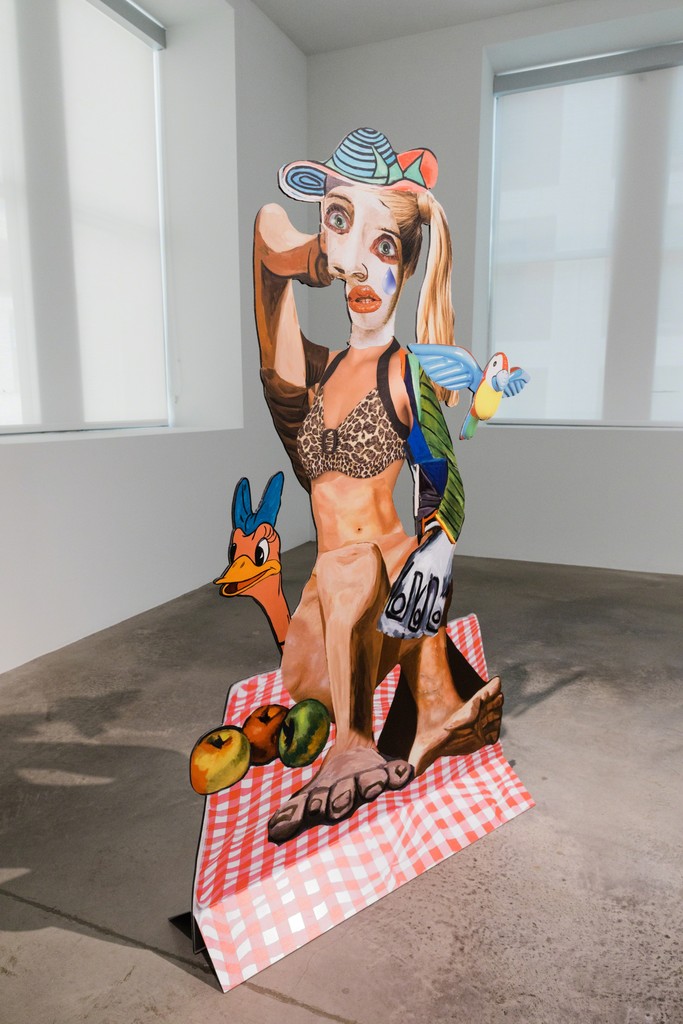 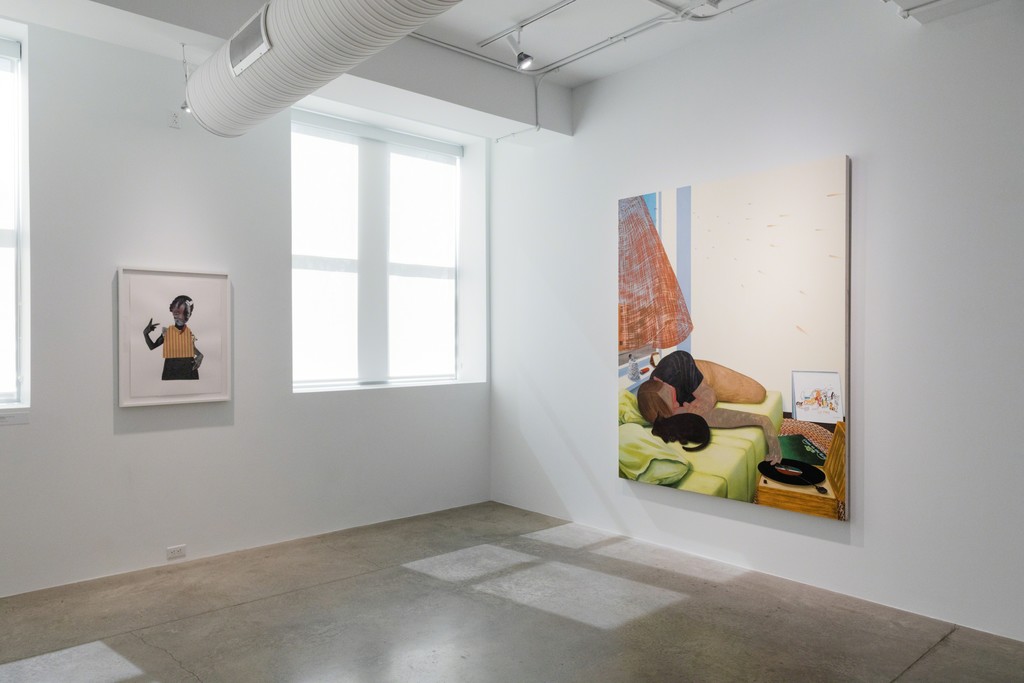 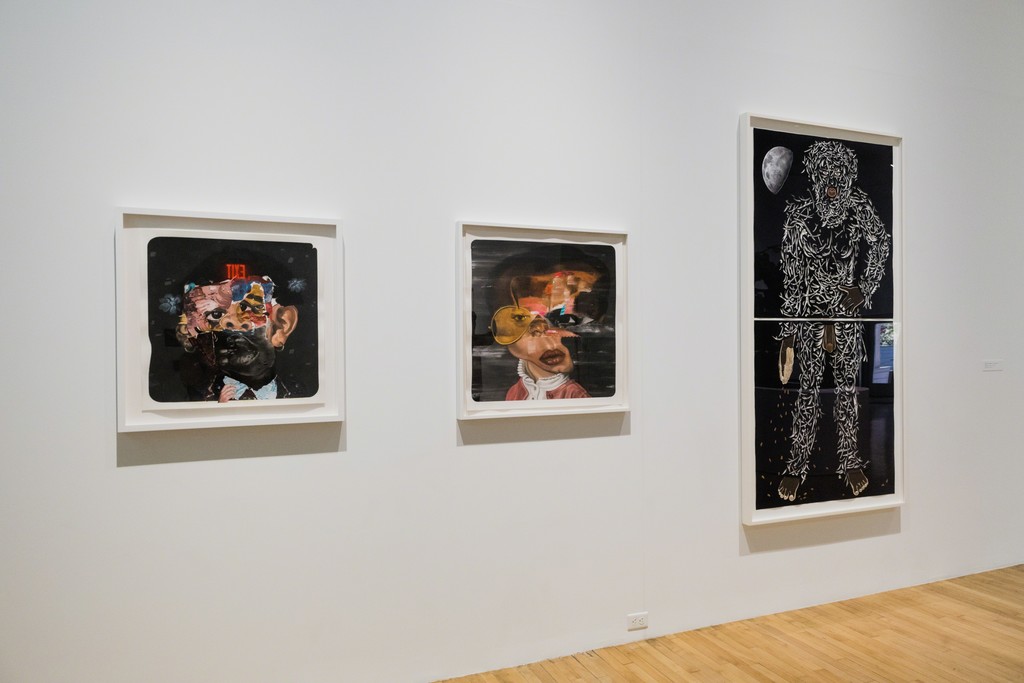 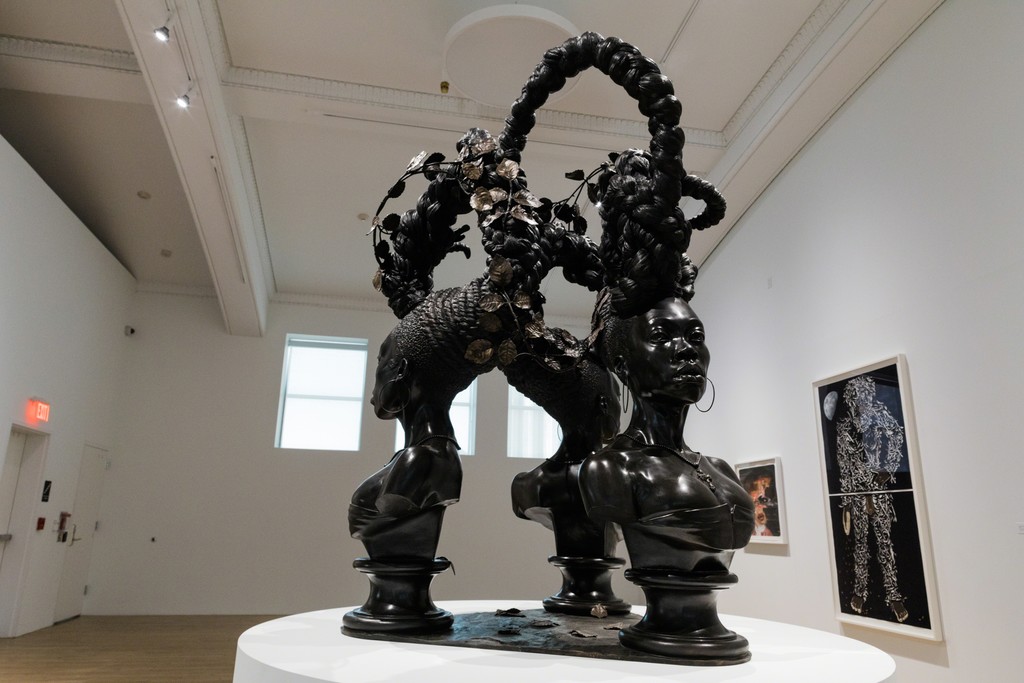 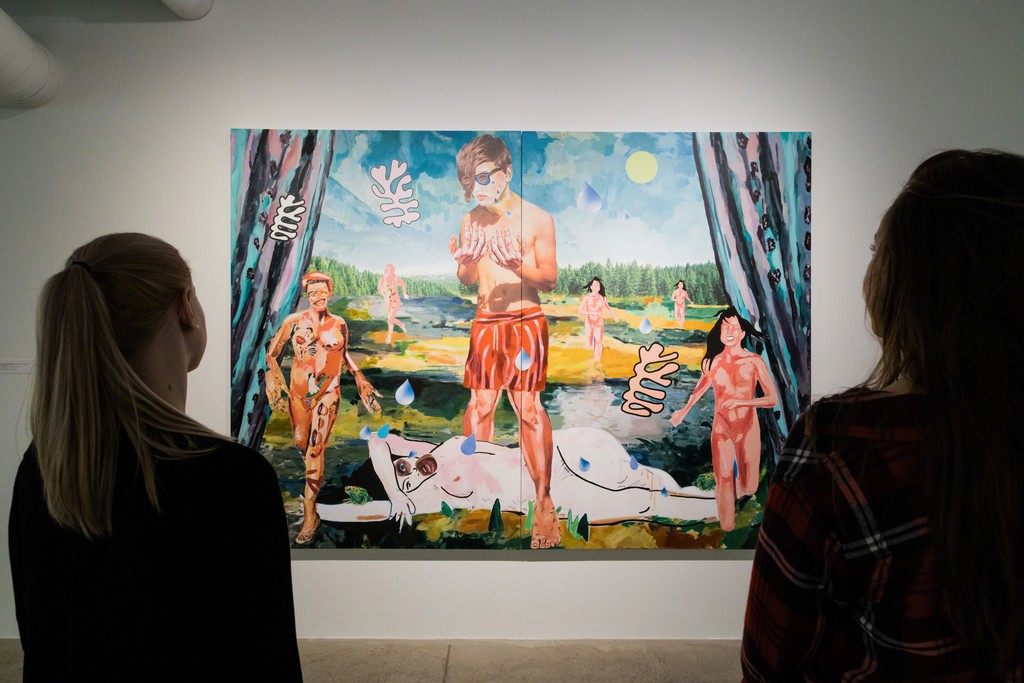 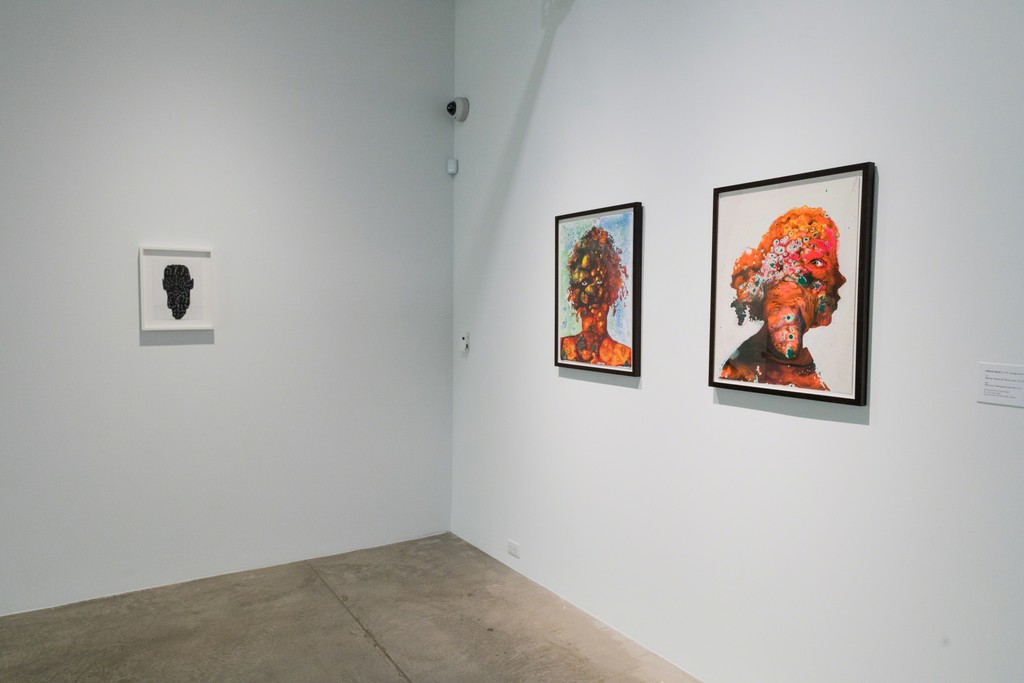 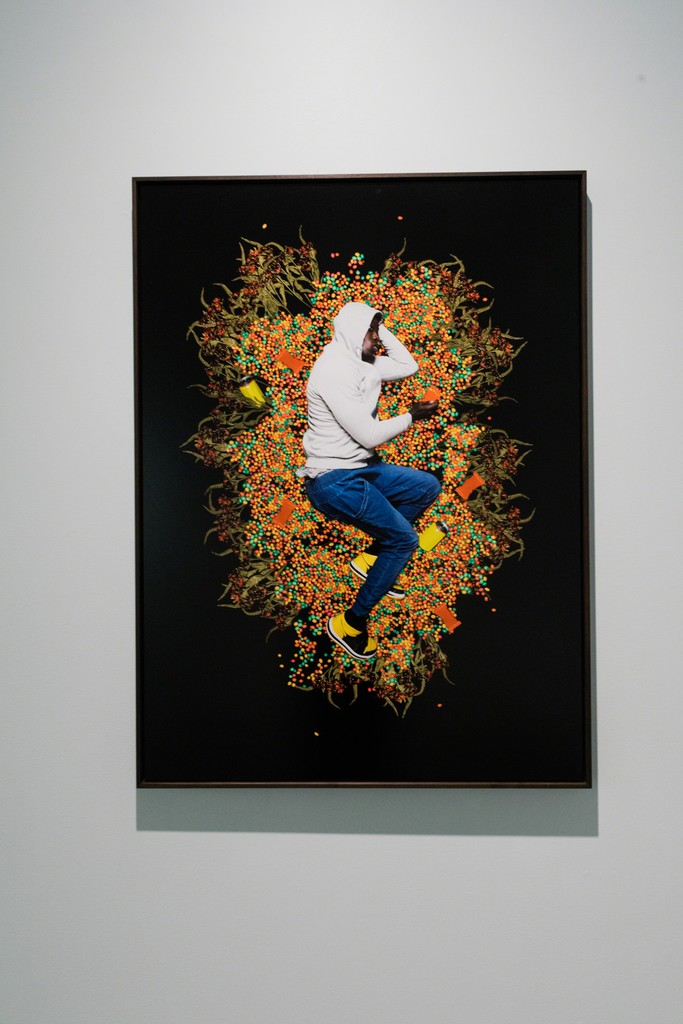 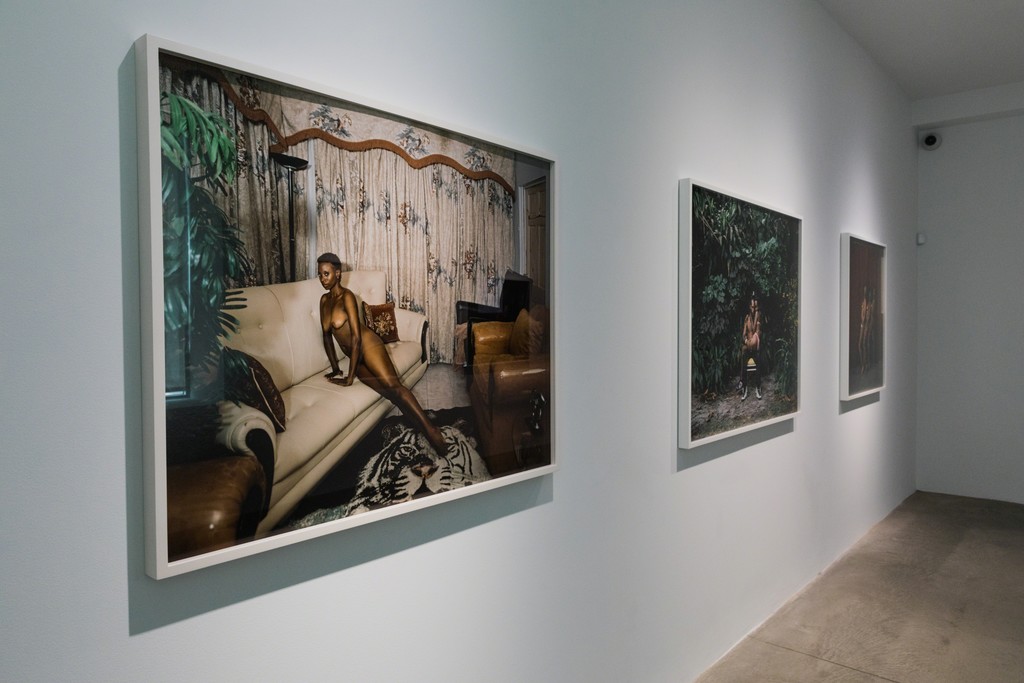 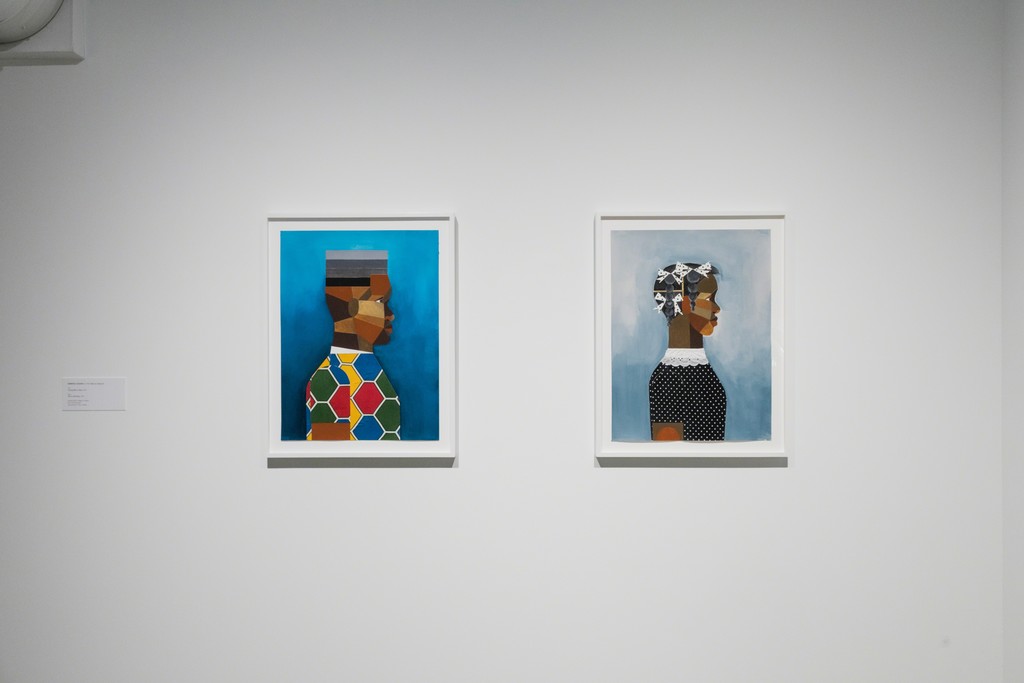 The Pizzuti Collection is pleased to announce our 2018 summer exhibitions on view from
May 10, 2018 – August 12, 2018.
GO FIGURE takes on the human form in ways both inquisitively tender and provocatively
direct. Works offer an array of perspectives about how we look at others, how we look at
ourselves, how we take in and interpret bodily forms, and what we deduce from those
encounters. At this particular moment, our bodies face an outlandish number of threats
ranging from gun violence, to legislation against reproductive rights, to widespread sexual
abuse. The works in this exhibition do not shy away from fundamental discussions pertinent
to our culture wars, showing how figuration in painting, photography, and sculpture can
address aging, sexuality, the inequities of the art historical canon, social media obsessions,
and definitions of intimacy.
This intergenerational exhibition features surreal and sexy paintings of women by art world
icons like Joan Semmel, mid-career masters like Nicole Eisenman, and newcomers like
Alison Zuckerman. Kehinde Wiley makes a cameo with a monumental bronze bust, his first
representing women. The sculpture Wiley says, “looks at the presence of black women, all of
those women who raised me, the graceful women who’ve been in my life over the years, but
also the ways in which black American women adorn themselves as both a type of
communication act and of armor.” Photographers Deana Lawson and Omar Victor Diop
carefully stage images, playing with our tendencies to create narratives from seemingly
documentary photographs. Nathanial Mary Quinn and Deborah Roberts, newcomers to the
collection, create collages of magical human forms. We welcome back Derrick Adams with
five new acquisitions, whose saturated colors and subject matter ranging from birthday

parties to pool parties remind us of the joy of human connections and the necessity to
celebrate love over hate.
Thirty-six paintings, photographs, collages, drawings, and sculpture will be on display from
May 10, 2018 through August 12, 2018.
Alec Soth has spent his career photographing the peculiarities of life. Many of his most
famous works stem from road trips where his motivation has been the meander through
rural and suburban places and the capture of everyday life. He has photographed brides at
Niagara Falls, hermits living off the grid in Arkansas, kids dancing at prom in Cleveland, and
people he met on driveS following the course of the Mississippi River. His works are stark
and clear images that confront the medium of photography and consciously consider the
ways it can tell stories, provoke reactions, and document contemporary realities. Soth has
published over twenty-five books and has had over fifty solo exhibitions including survey
shows organized by Jeu de Paume in Paris (2008), the Walker Art Center in Minnesota
(2010) and Media Space in London (2015). Soth has been the recipient of numerous
fellowships and awards, including the Guggenheim Fellowship (2013). In 2008, Soth
created Little Brown Mushroom, a multi-media enterprise focused on visual
storytelling. Soth is represented by Sean Kelly in New York, Weinstein Gallery in
Minneapolis, Fraenkel Gallery in San Francisco, LOOCK Galerie in Berlin and is a
member of Magnum Photos.
The Pizzuti Collection will exhibit seventy-seven works from over four major series
including: Sleeping by the Mississippi, NIAGARA, Broken Manual, and Songbook. The
artist will visit Columbus and give a talk during the run of the exhibition. Check our
website for dates and times. Alec Soth will be on view from May 10, 2018 through
August 12, 2018.