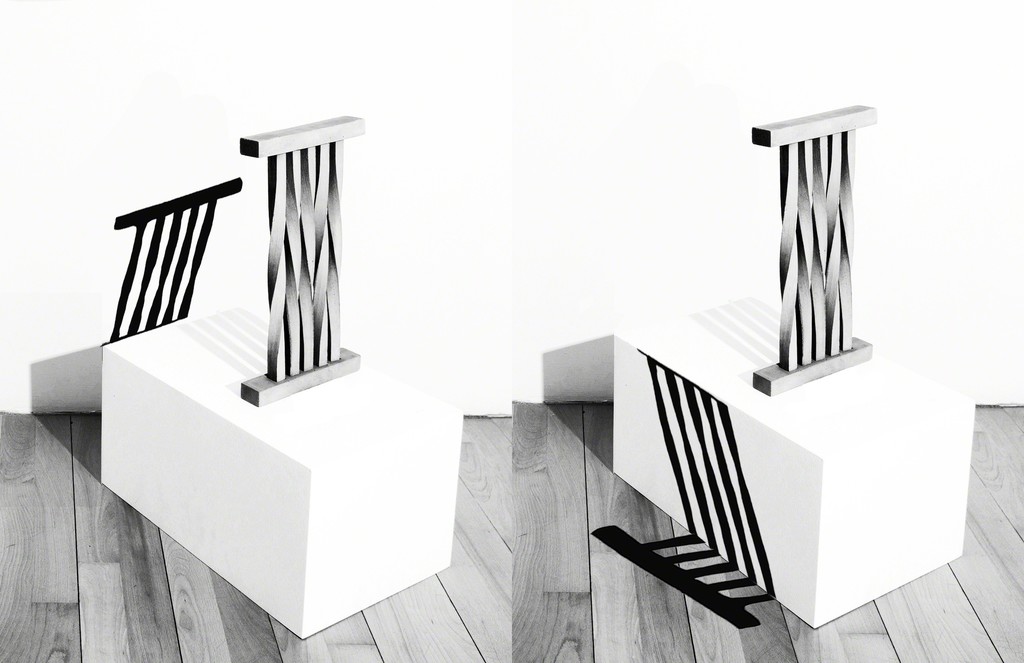 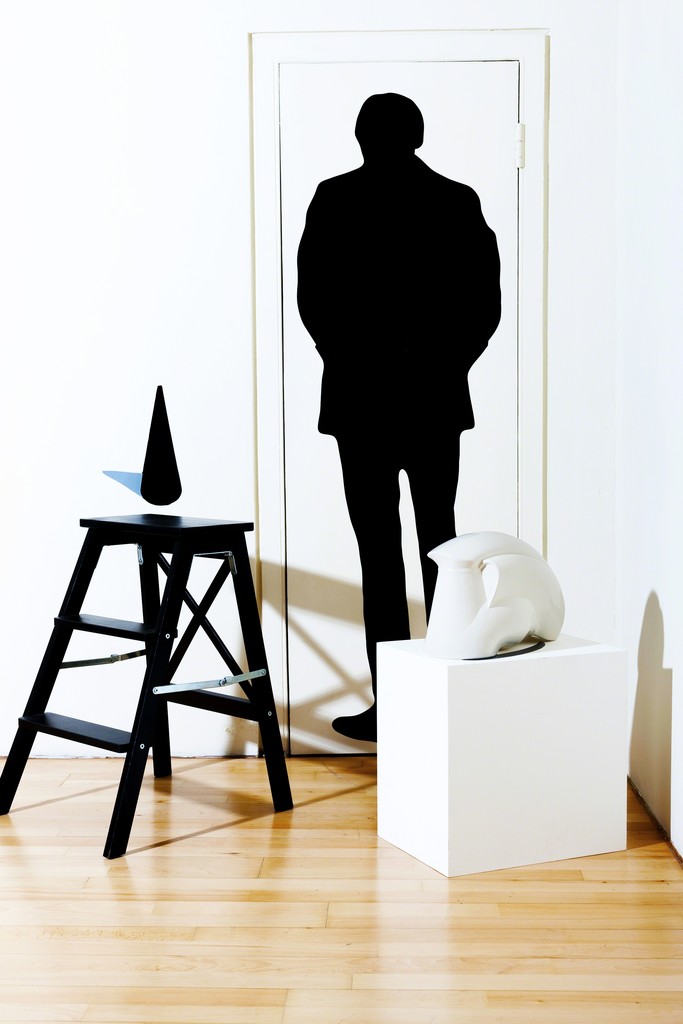 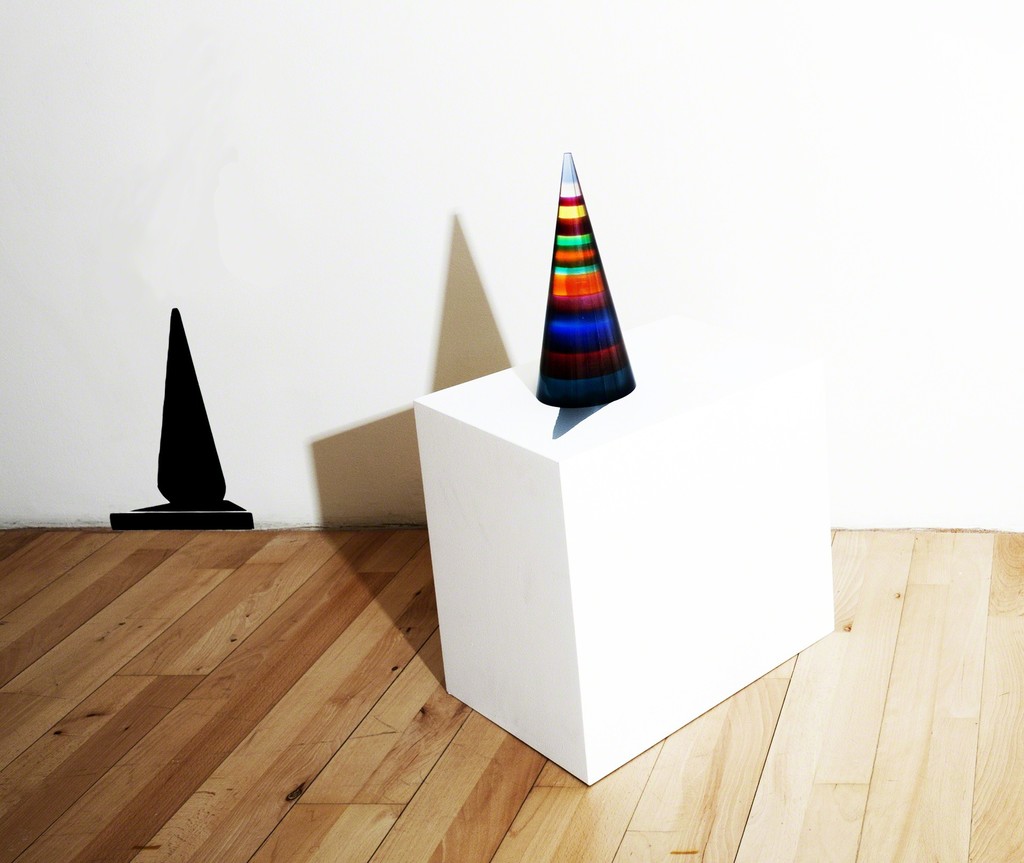 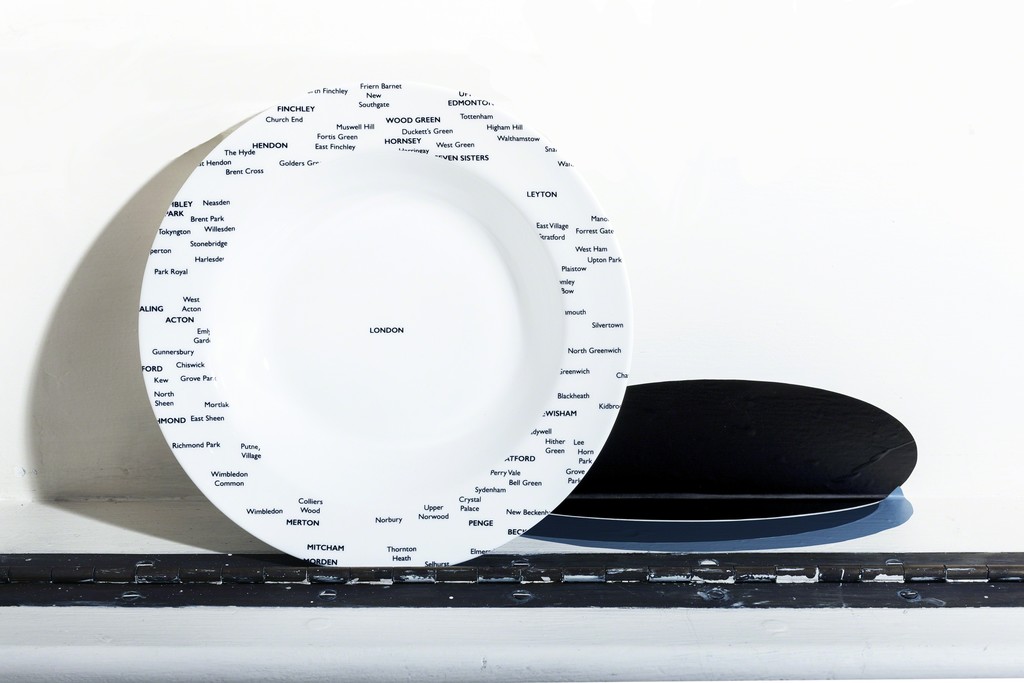 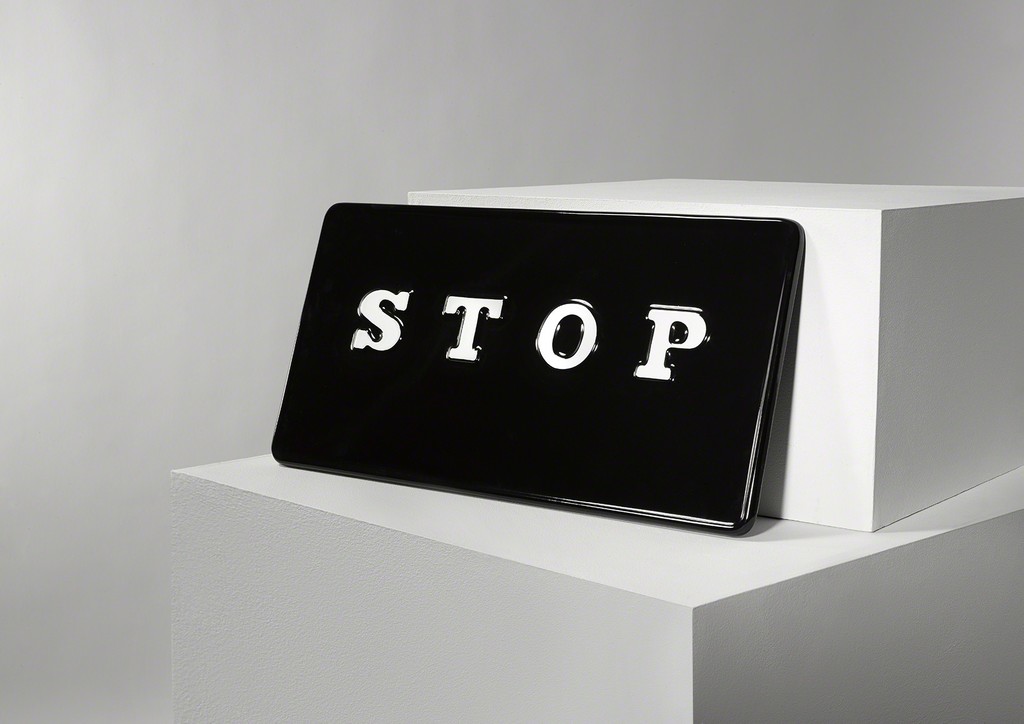 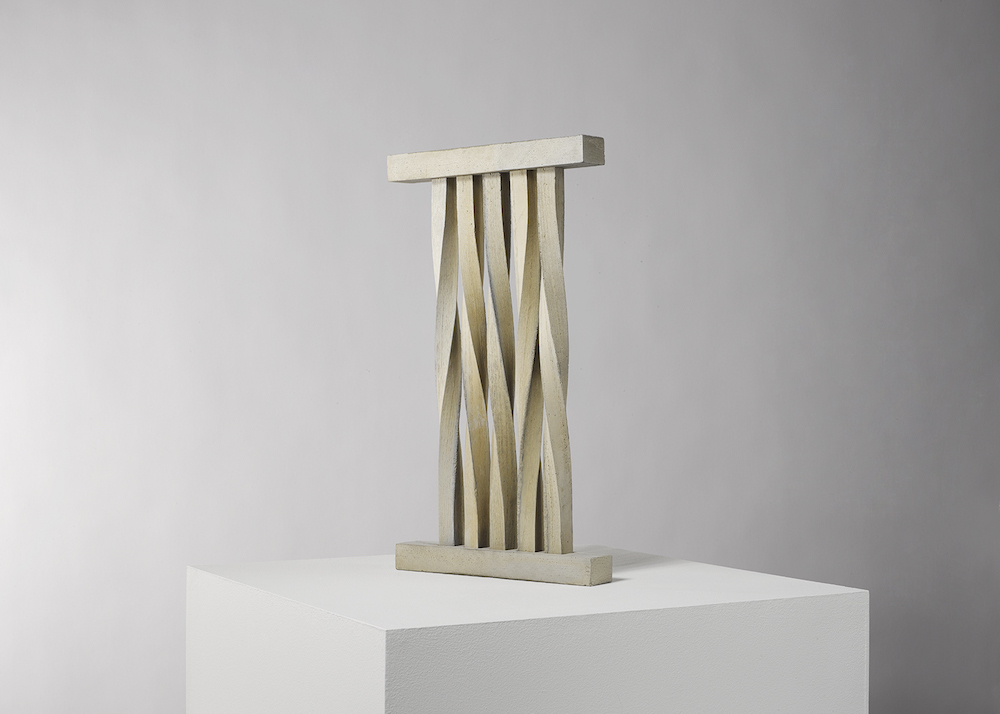 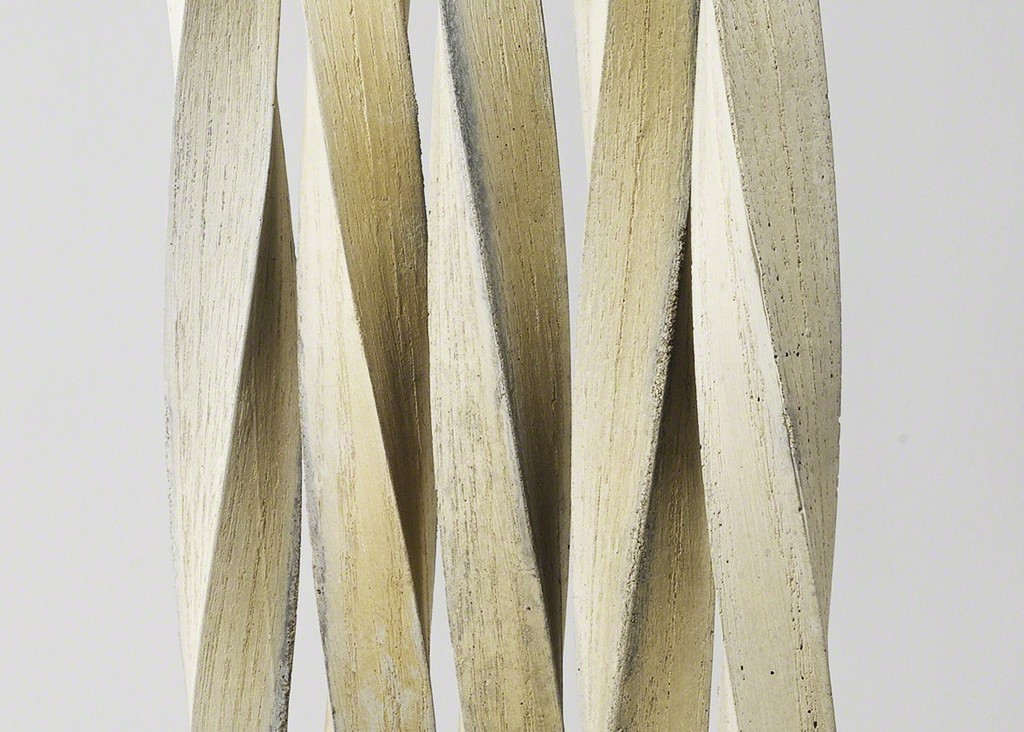 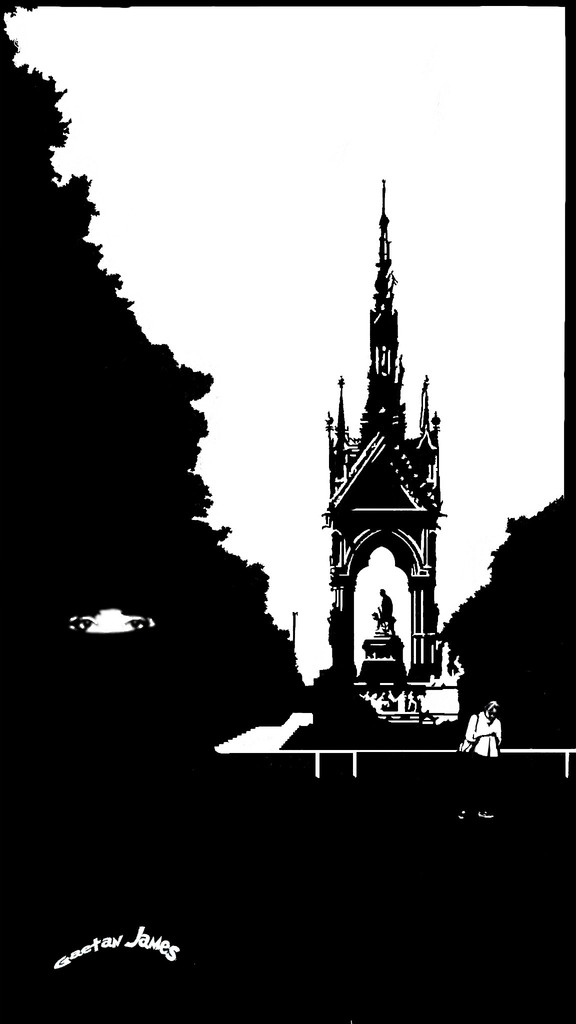 Step inside an artwork with Plinth at LAF 2018. Our first solo appearance at an art fair, Plinth has worked with elusive artist Gaetan James to conceive an installation to set us apart – and to draw you in. James is known for his stark black paper-cuts, displayed without frames on white walls to insinuate shadows and depth in his 2D world. The inspirations for his works are drawn from locations, and the people who move through them; although you’ll never see him, flaneur James is busy translating you into black and white, substance and absence. For Plinth, James proposes the extrapolation of his process to the point of immersion. Our booth will be set up to draw the physical world into one of James’ papercuts, and to translate his papercuts into three dimensions and human scale.

Amidst James’ trompe l’oeuil and heavy shadows will sit Plinth’s offering of limited editions from renowned contemporary artists. While Plinth publishes pieces with artists including Michael Craig-Martin, Cornelia Parker, Richard Deacon, Beatriz Milhazes and Julian Opie, we’ll also be exhibiting editions from Louise Bourgeois, Gilbert & George, Gillian Wearing and more. In collaboration with Artflash and Ikon Gallery, we’re thrilled to be able to offer the best the contemporary art world has to offer at accessible prices.

For the first time, we will be showing drawings by Richard Wilson to accompany his Still Life Jug. Keen to test the possibilities of different materials, Wilson experimented with 3D printing, metalwork and ceramics before creating this unique edition. Even the custom-designed packing crate which contains the work has been reimagined by Wilson to become frames for the drawings. Wilson will discuss the process of making this edition in a talk at LAF on Saturday 20th January from 11.15 until 12.15pm with Plinth co-founder Chloe Grimshaw.

We will also be showing Turner Prize winning artist Gillian Wearing’s edition of ‘A Real Birmingham Family’ ahead of her major London commission, a statue of Millicent Fawcett, the Suffragist leader, in Parliament Square in April/May 2018. Since launching in February 2016, Plinth has undertaken projects with Fourth Plinth (The Mayor of London), Magnum Photos and Wellcome Collection. We’ve curated four pop-ups in London and Paris, launching new products and editions as well as exhibiting site-specific work by dynamic artists and designers – Raw Edges, Foldability and Yinka Ilori amongst others. Our presence at LAF 2018 will bring our expertise in curating fine art and design within dynamic and unique environments to bear on a new context. Balancing curatorial conceit with clarity is a challenge; Gaetan James and Plinth, however, have hatched a plan to both have their cake and eat it.

Our displayed pieces will sit within a larger work (James’), his characteristic playfulness ensuring that their object-hood is subtly foregrounded without being negated. The artist will introduce ‘shadows’, cut in vinyl to fall beneath and behind editions such as Richard Wilson’s Still Life Jug, 2015, and weaving them seamlessly into James’ overarching concept. Silhouetted figures will populate the walls, mirroring visitors to the booth and asserting their own presence, too. Under the glare of gallery lights, our objects will cast natural outlines across the booth’s surfaces: forms to be echoed in James’ interventions. ‘Shelves’ – lines with unlikely vanishing points, applied in black vinyl – will support ghostly artworks and sit beneath ‘real’ ones, too. Finally, James will create a new paper-cut to be displayed in the spirit of Van Eyck’s Arnolfini mirror, uniting his practice with its physical manifestation. The booth will be a paper-cut, the paper-cut a booth. James is thinking about substance, dimensions, and the act of looking itself. His interventions for Plinth at London Art Fair will constitute a new frame through which to peer – and inhabit.