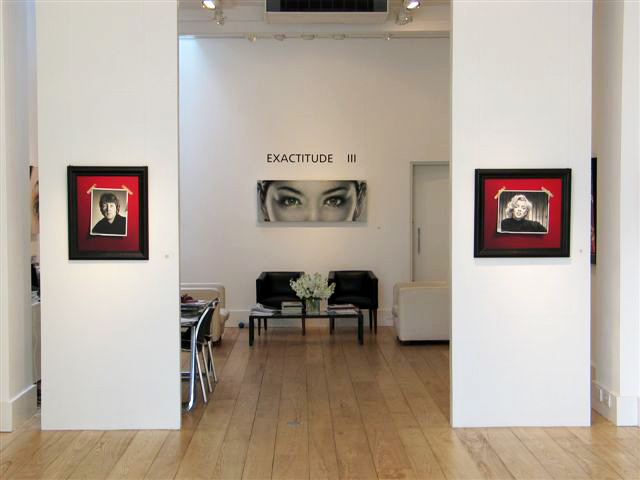 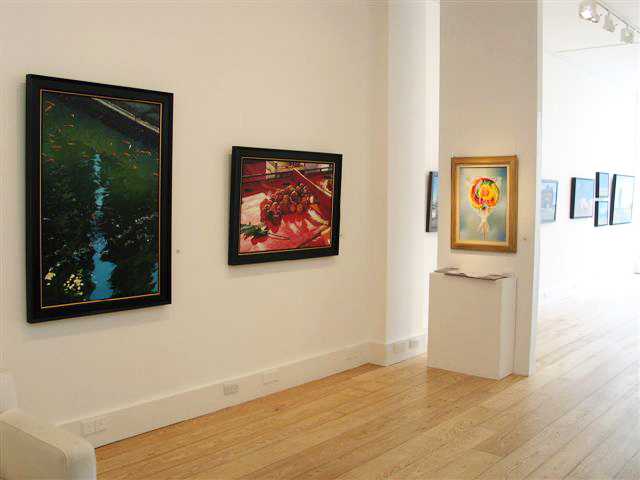 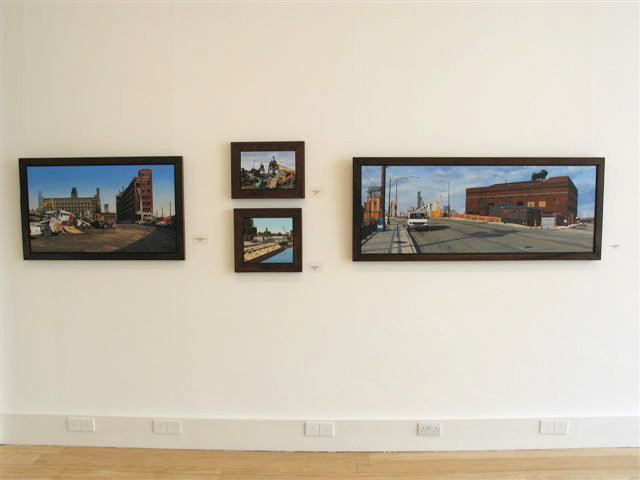 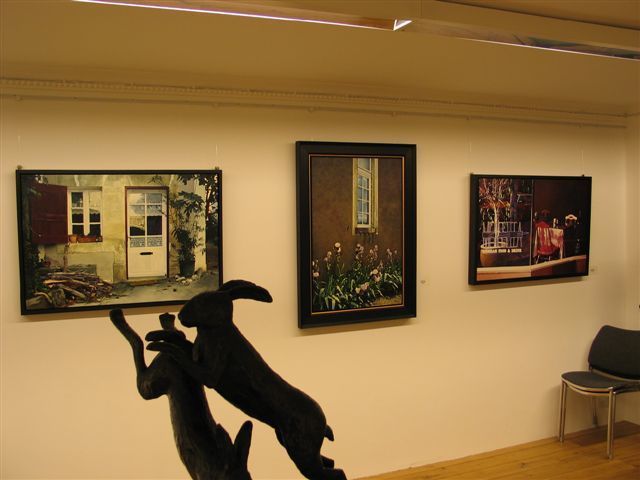 There is a volume of writings by the Austrian novelist Robert Musil (1990-1942) entitled “Precision and Soul”, which phrase I believe perfectly captures the generic aim and intent of the best Photorealist painting. Such work is the marriage between the intense but cool scrutiny of the physical world in which we, more or less consciously, pass our days and nights, and the manual dexterity of transcription of that evidence of the senses geared to some higher purpose in the artwork than mere technical accomplishment. In what does this combinatory power reside? In this exhibition I would cite Randy Dudley’s industrial landscape “portraits” of the N.E. United States. Here wherein the viewer walks a curious visual tightrope between perception of the subject as a thing and the illusionism of execution, such that there is a distance at which the areas of paint, present in their own right, morph into the precise rendition of the object or scene. In many ways this shifting, balancing act between paint and perception has been the story, or one of the chapters at least, of the storey of modern art, since Seurat’s divisionist pointillism in the 1880s. Then, the “how” of paint application became as much the subject of the picture as what was narrationally depicted. This balancing act perhaps reached its highest development in American large-scale billboard paintings during the 1940s and 1950s, culminating in the work of James Rosenquist and Tom Wesselmann, who then transferred their extreme imitative skills to ‘high art’. Dudley’s Photorealist landscapes continue and expand this tradition as his work educated the willing viewer into noticing the overlooked; finding the fresh clarity and significance in the now worn out and redundant, but which nevertheless have their story to tell.

The question of subjectivity is an important one: no realist can equal the technical objectivity of the camera, although the choice of subject and placement of the camera image isn’t objective either: even the wished-for early Pre-Raphaelite “going straight to Nature…selecting nothing and rejecting nothing” as John Ruskin put it, was never completely so, and because of that, such art has an integrity, in being so closely involved with human creativity, that photography may never match. What one can term the majestic quality of Simon Hennessey’s close up portraits (the eyes certainly have it…), with their intrinsic questioning of the photographic sources that he uses, the calm, quiet grandeur of Barry Oretsky’s luminously uncanny interiors and the glowing intensity of Jack Mendenhall’s poolside images of summer stasis come from this ultimate power of restraint, a very mature appraisal of where the artist needs to be vis-à-vis his subject. This neatly sidesteps the often all-too-historical gestural or visceral painting sadly prevalent in the post-expressionist mainstream of contemporary production. Since the “brutality of fact” associated with Francis Bacon on one hand and the London School of Auerbach, Kossuth and to a lesser degree Lucien Freud on the other, the British seem to have believed that the act of painting needs to involve massed and murky materials, physically bludgeoned so as to present an artwork possessed as by a swirling vortex of “emotion”. The artists’, that is, not the viewers…..

What is so refreshing and engaging about the artists presented in “Exactitude III”, is that they are all confident enough to let the(ir) images speak for themselves. They trust the viewer to have a modicum of knowledge of the material they depict and through the scrupulous operation of hand and eye open it up to the meditative gaze. Wit is also present; the Dutch man Tjalf Sparnaay elevates celebrates and sends up that Dutch still-life tradition by means of exuberant developments in scale, and the visual pun of wrapping a hallowed image (Vermeer’s “Girl with an Earring”) in clear cellophane. This is a humane and lucid approach that hopes to engage the viewer in a dialogue between what they already know and what they might still discover about the world around them and their memories and experiences of it: this memorialising is especially potent in Otto Duecker’s reinterpretations of famous figures such as Oscar Wilde and Marilyn Monroe. Emotion recollection in tranquillity can flourish simply because these artists leave room for it and don’t crowd it out, so that there is room for the painter and viewer, in both senses of the word confidence.

The absence of human beings themselves is one of the salient, though not exclusive features of Photorealism – one might say part of its “tradition”, going back to the 1960s and 70s, with Richard Estes and his rendition of an empty Broadway’s theatres playing to – no doubt – full houses…This characteristic extrapolates the aura of melancholy and haunted miasma that radiated from Edward Hopper’s 1930s works like “Night Owls” for example, but fully-fledged Photorealism aims for a cooler, more clinical edge, and is more concerned with the texture of “stuff”, from chrome to plastic to asphalt than such imponderables as the narrative behind the appearance of nocturnal barflies. This cool uncanniness has recently been used in cinema, notably near the beginning of Danny Boyle’s “28 Days Later” in which a spectral, empty central London radiates an architectural beauty usually obscured by its ant-farm scurryings and distractions. It is this monumentality that Dudley’s landscapes possess and revel in, with skilful cropping that persuades us that what is present is only a fragment of a whole, with the result that an air of latent presence “over the shoulder” ipels further examination of the scene ahead. The Englishman Simon Harling presents an abandoned American car in an anonymous coniferous glade, such that we are drawn in, like an examining forensic officer, scrutinising each inch of canvas for evidence that may lead to resolution – but then again…..

However, that is not the real game at stake here, which is, much more importantly, that these are paintings that teach you how to both look and see – and in purely visual terms what higher goal for art is there than that?