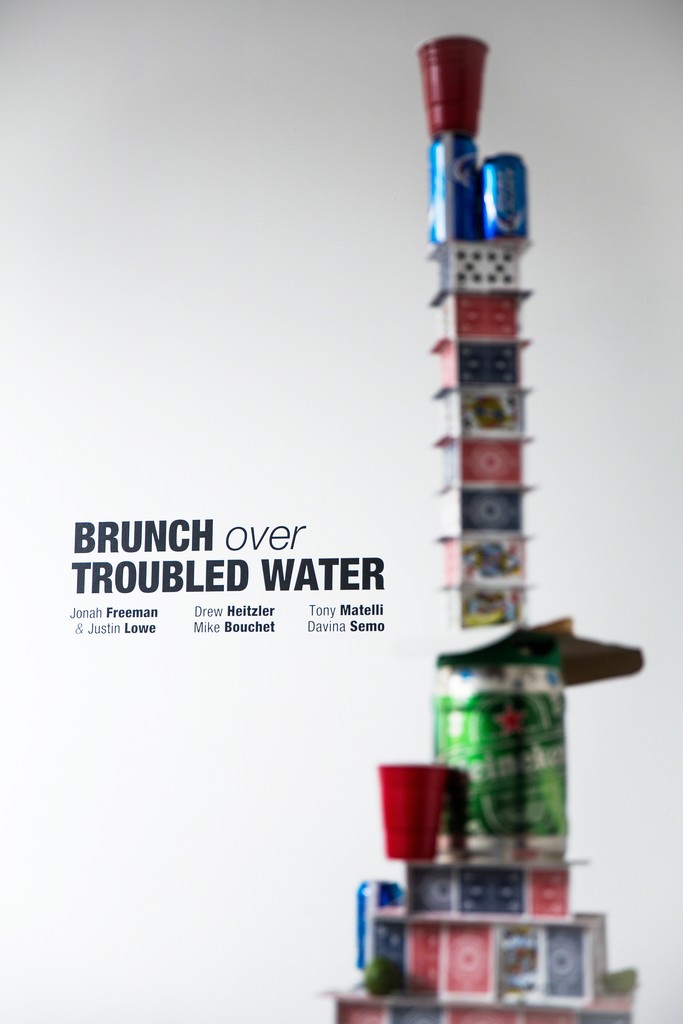 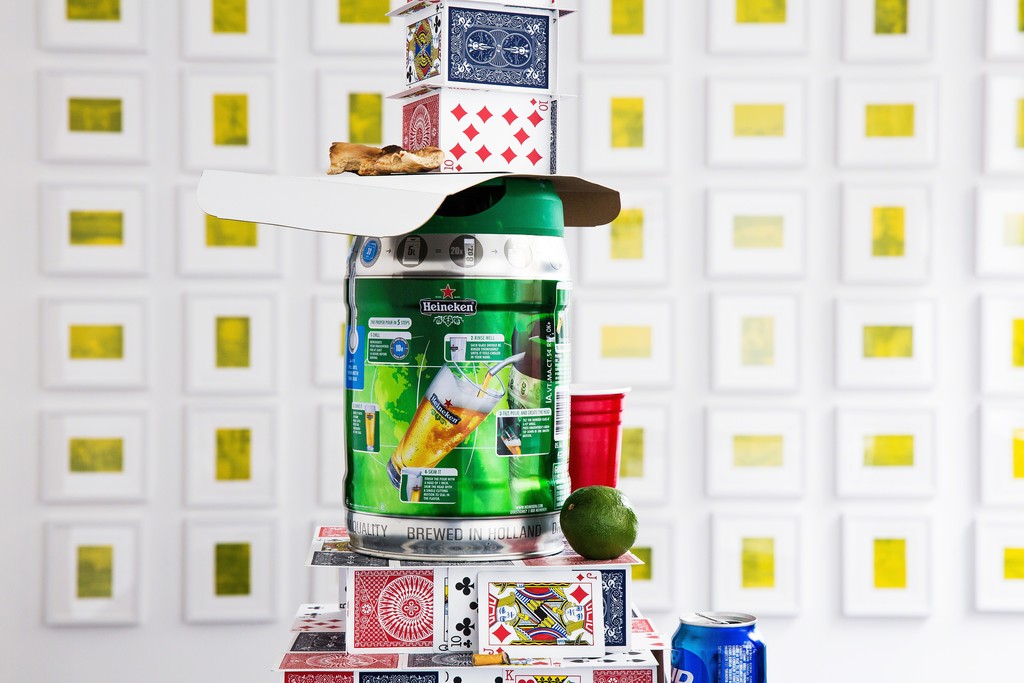 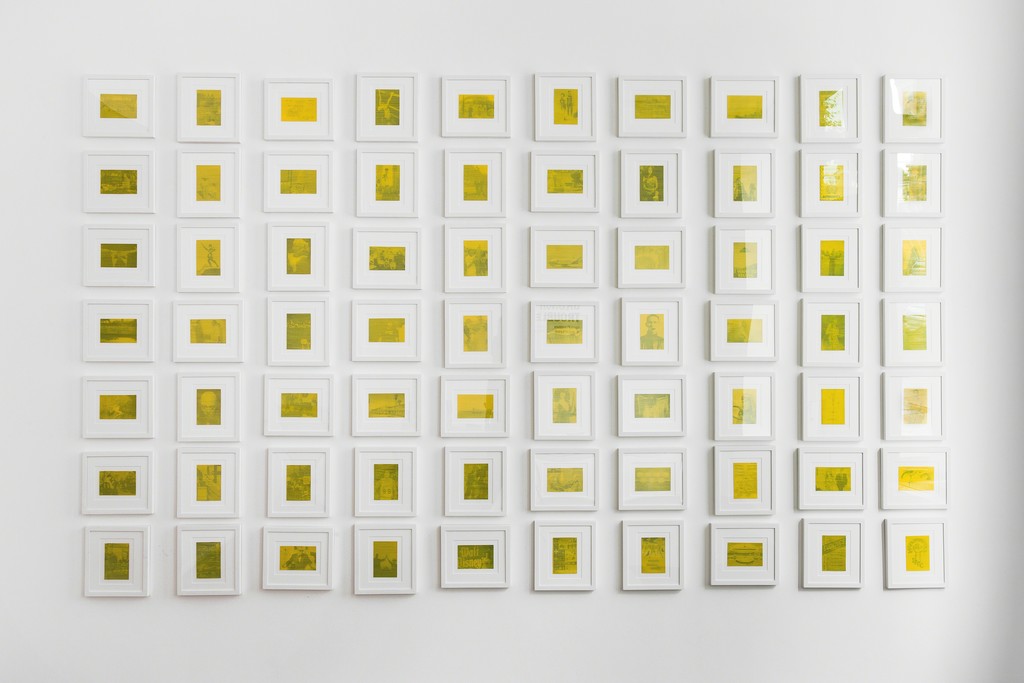 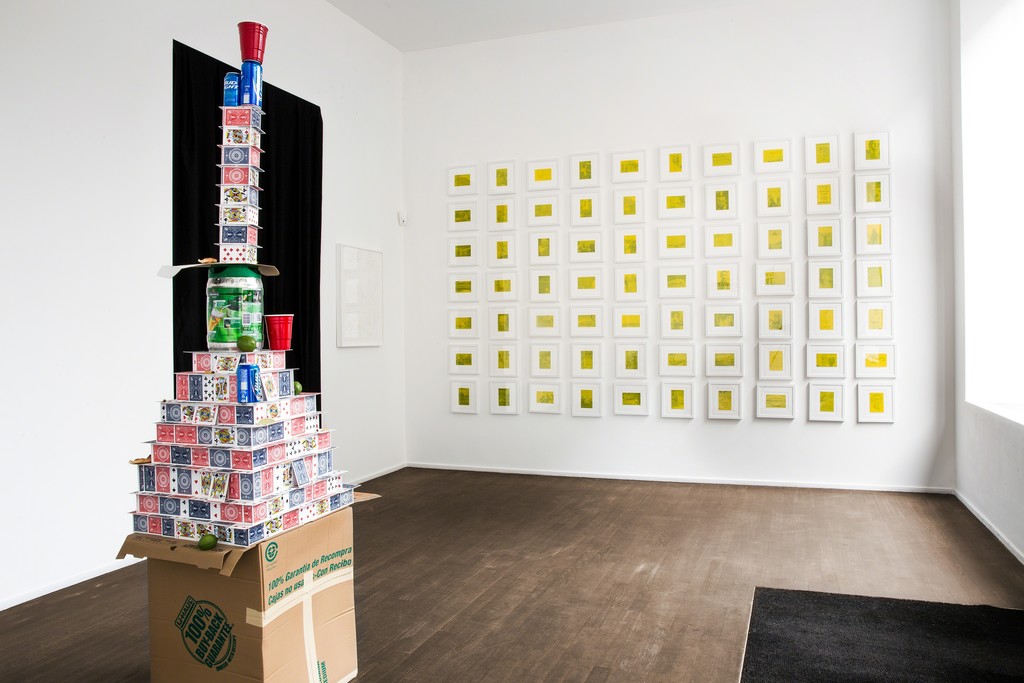 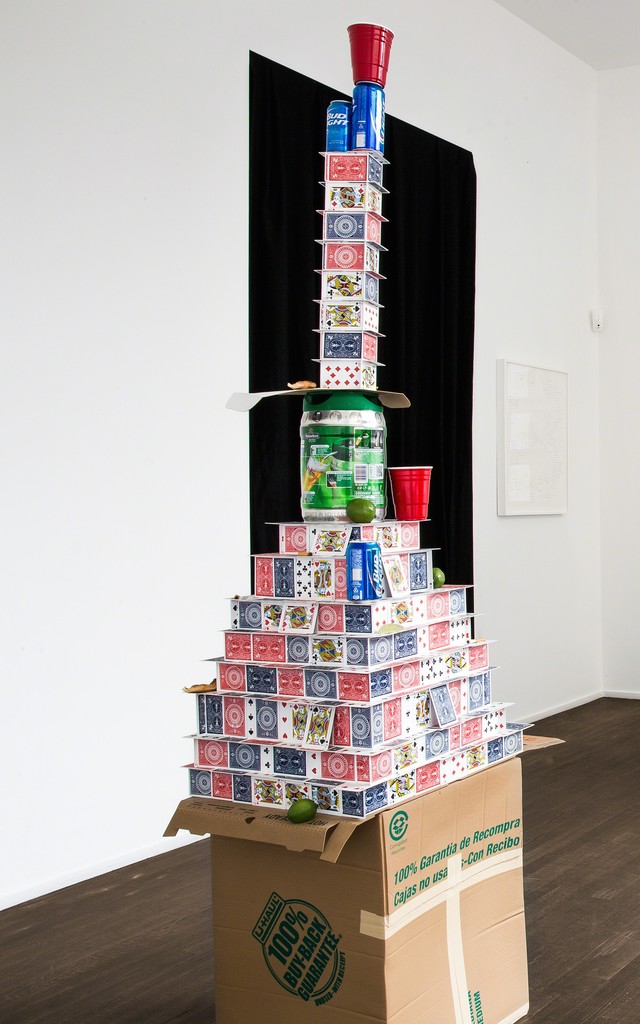 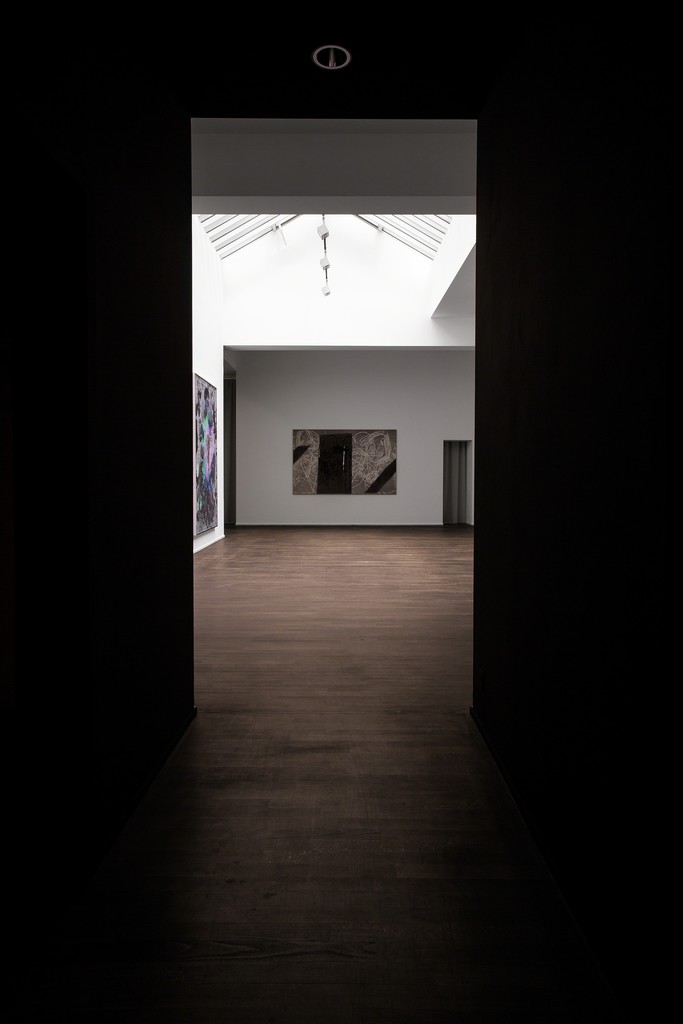 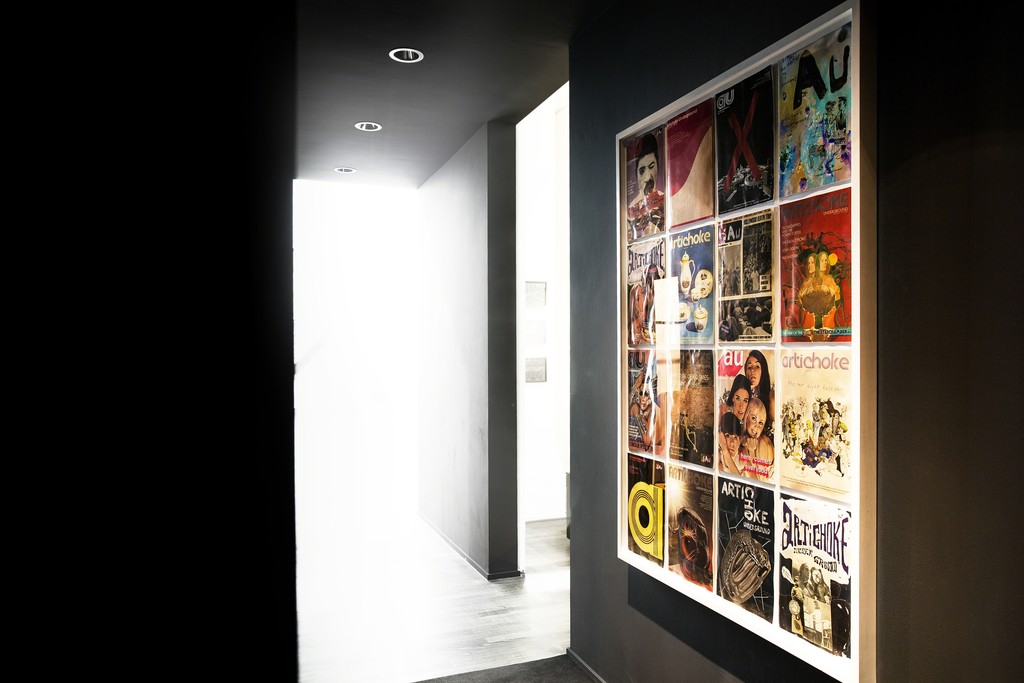 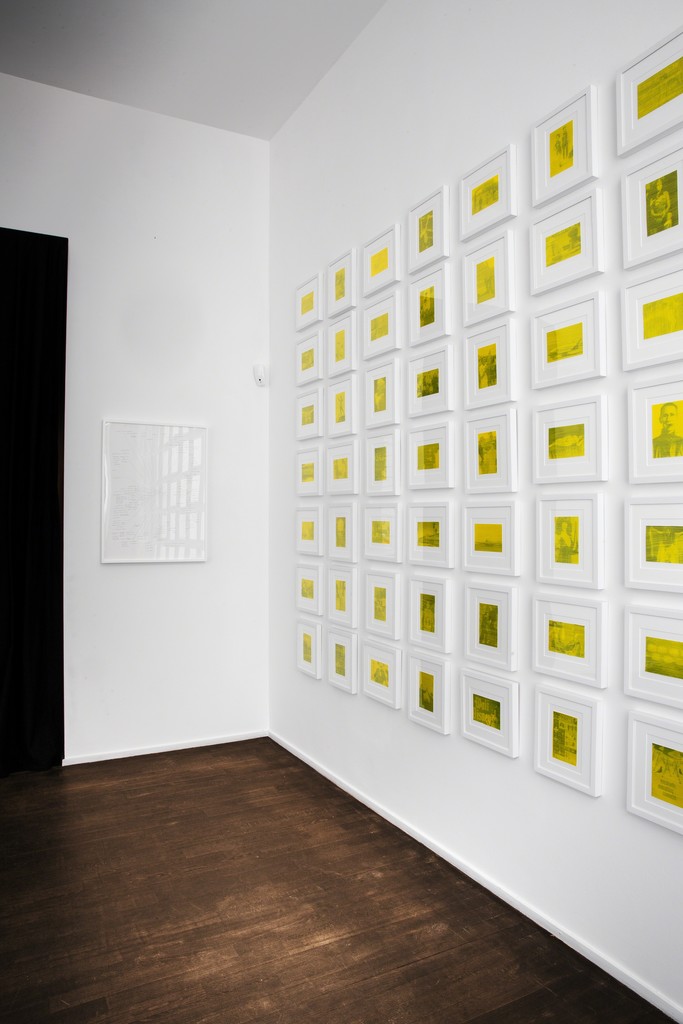 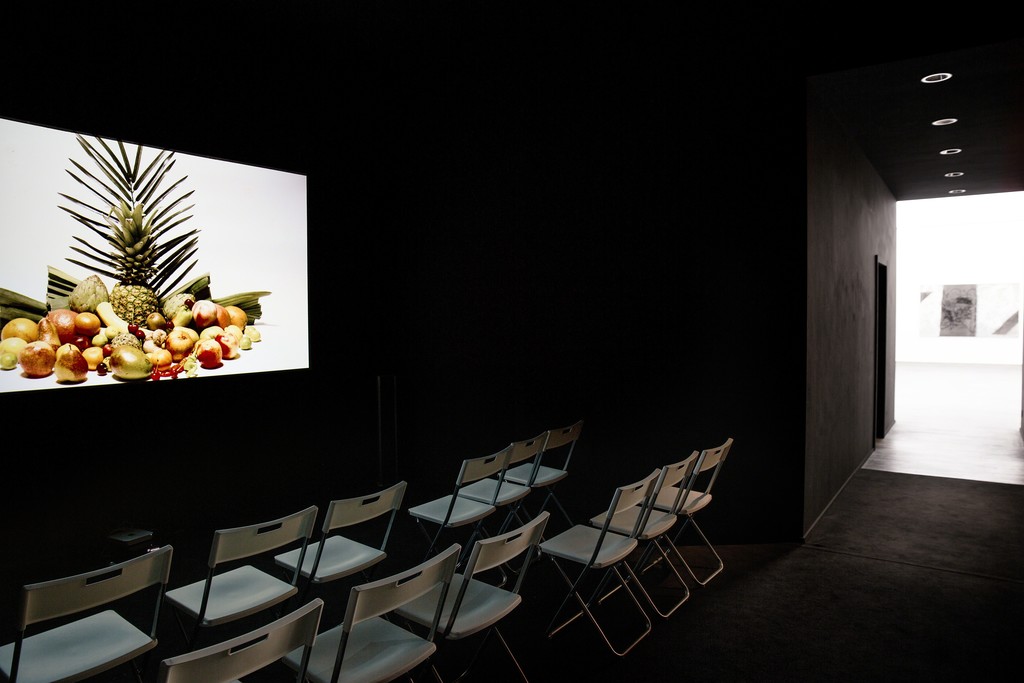 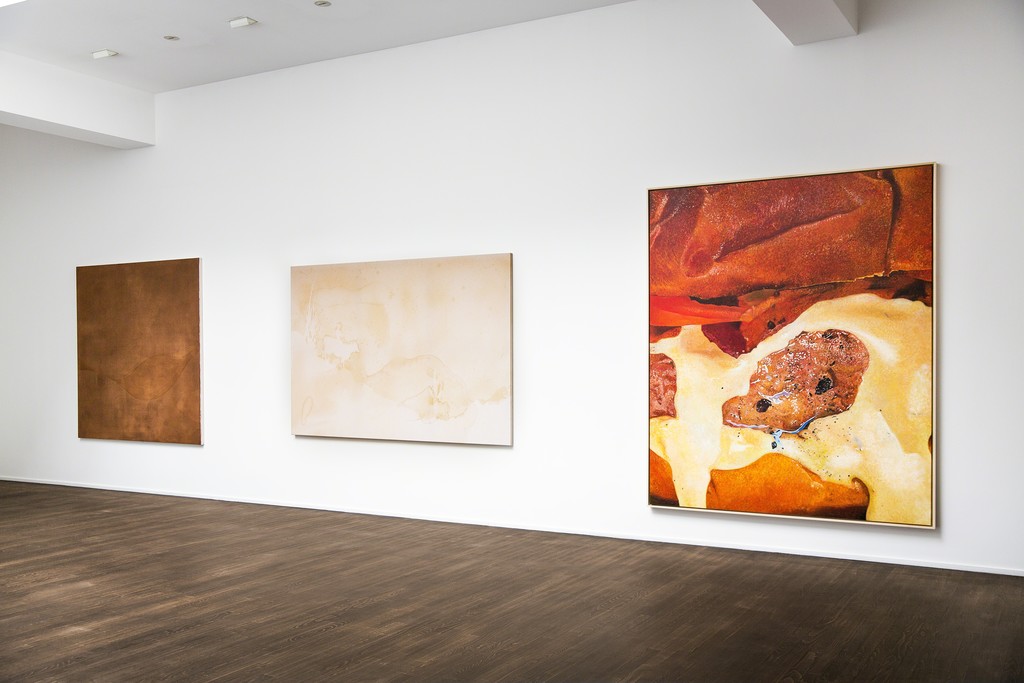 The exhibition features new painting, sculpture, video, prints and drawings by Mike Bouchet, Jonah Freeman & Justin Lowe, Drew Heitzler, Tony Matelli, and Davina Semo, and serves as a cross-section of Marlborough Chelsea’s program. It also gives the artists the opportunity to exhibit in Zurich and to make them known to a brighter audience. The works are thematically linked by art-historical investigation, narrative strategies, pop-cultural reference and formal concerns, and cohere around a shared dedication to craftsmanship in the service of concept and content.
Frankfurt-based American Mike Bouchet’s large-scale cheeseburger paintings and works made with his own proprietary diet cola formula interrogate both the export of American excess and the revolving door between advertising and art history.
New York duo Jonah Freeman & Justin Lowe are well known for their colossal and immersive installations which function as inhabitable collages. The artists are represented here by their 2014 feature-length video The Floating Chain which condenses into filmic space the surreality of the installations, and provides insight into their fictitious society and its sub-cultures. Also included are the artists’ large-scale stainless steel mirror works that act both as psychedelic abstraction and a dematerialization of the wall itself.
Los Angeles artist Drew Heitzler ‘s work deals in a good-natured form of cultural paranoia, plumbing history for compelling and often sinister connections among historical and pop-cultural figures. In this instance, Heitzler’s investigation of the denizens of the L.A. neighborhood of Pacific Palisades (from ex- Third Reich rocket scientists to B-Movie actresses) provides an incisive look at the intersection of Hollywood and the machinations of power in the United States.
Hyperrealist sculptor Tony Matelli brings together an exceptional level of craftsmanship with a particular brand of humorous pessimism with regard to the human condition. The artist is represented here by a pair of mirror sculptures, upon which gestural lines and scrawled vulgarities appear to have been etched by passersby in dust. The works function as a distillation of lazy rebellion and realist sculptor’s critique of abstract painting.
Sculptor Davina Semo locates the poetry and elegance in the harshest of industrial materials. Investing raw components such as chain, concrete and steel mesh with narrative suggestion (often through her flowery titles), Semo manages to infuse grit, meaning and emotion into the Minimalist tradition.