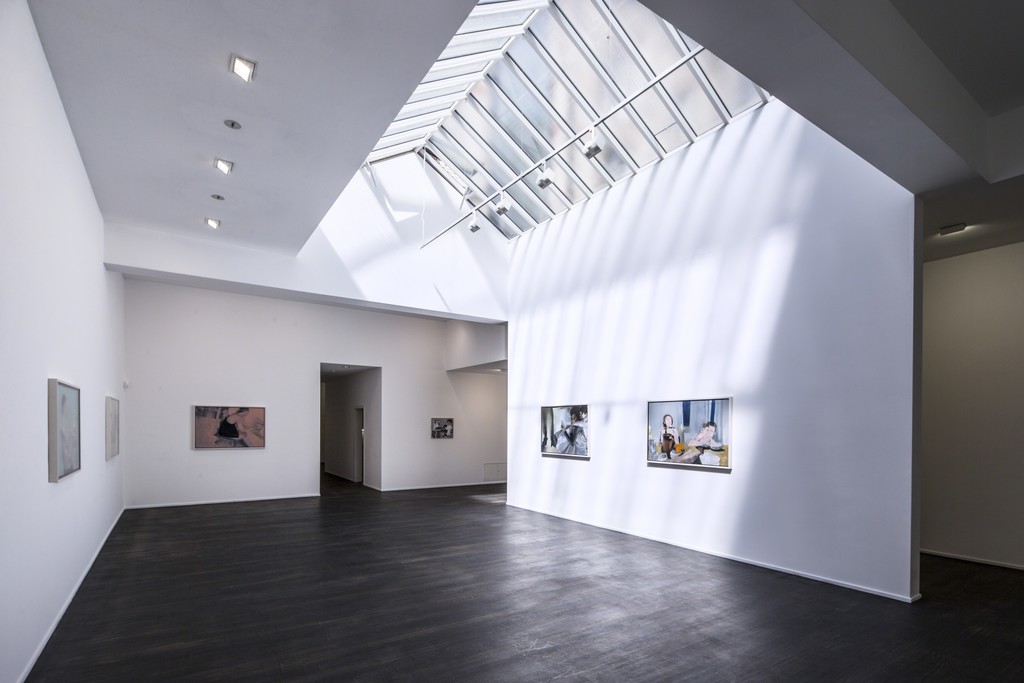 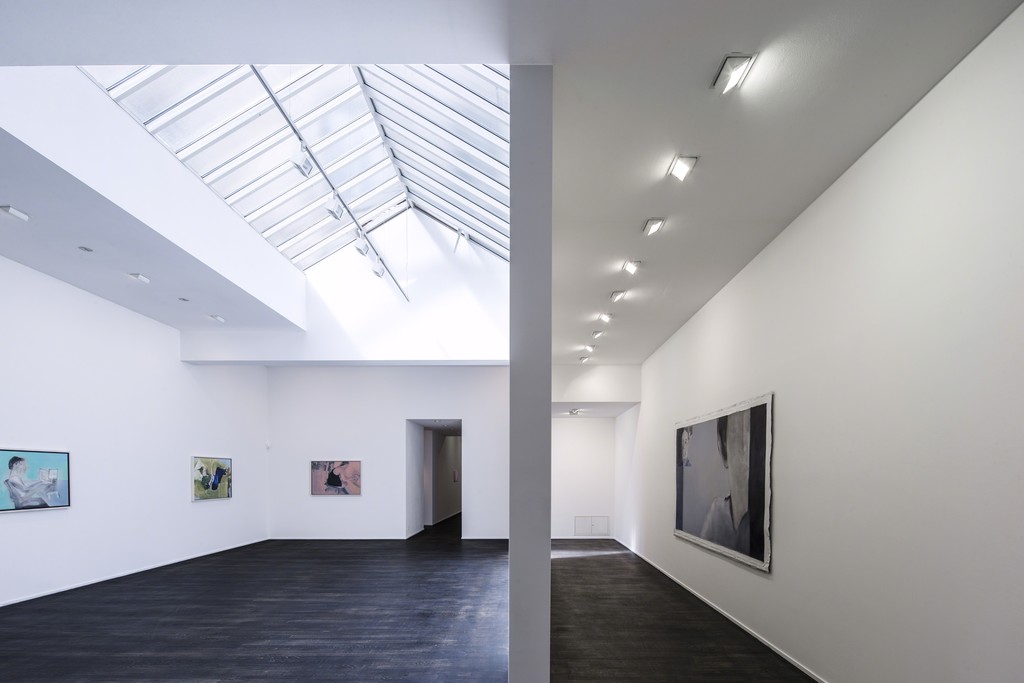 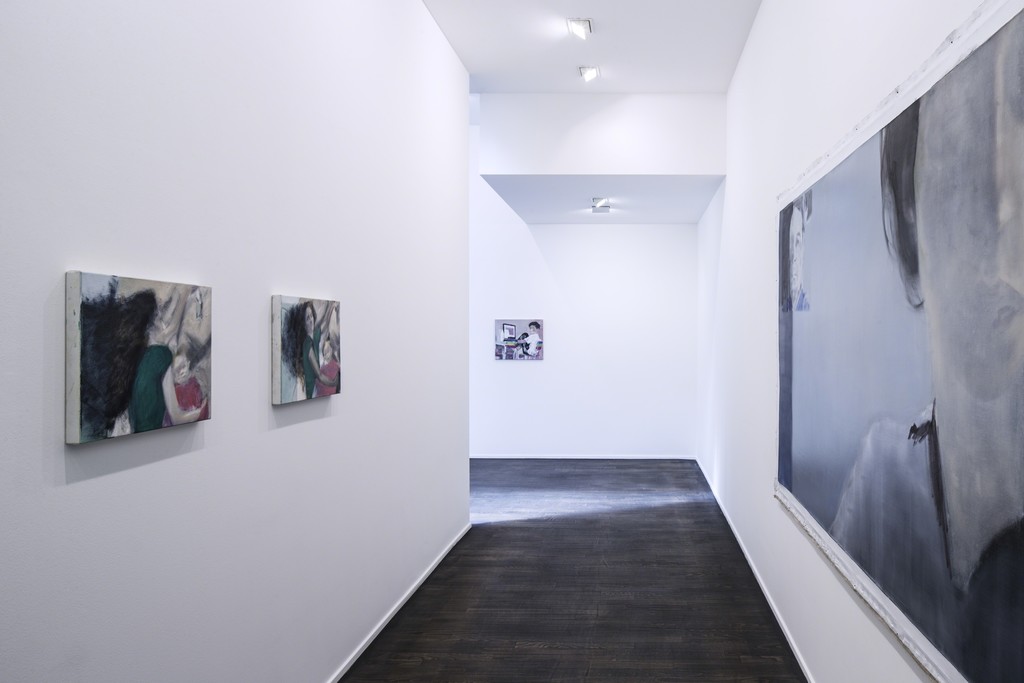 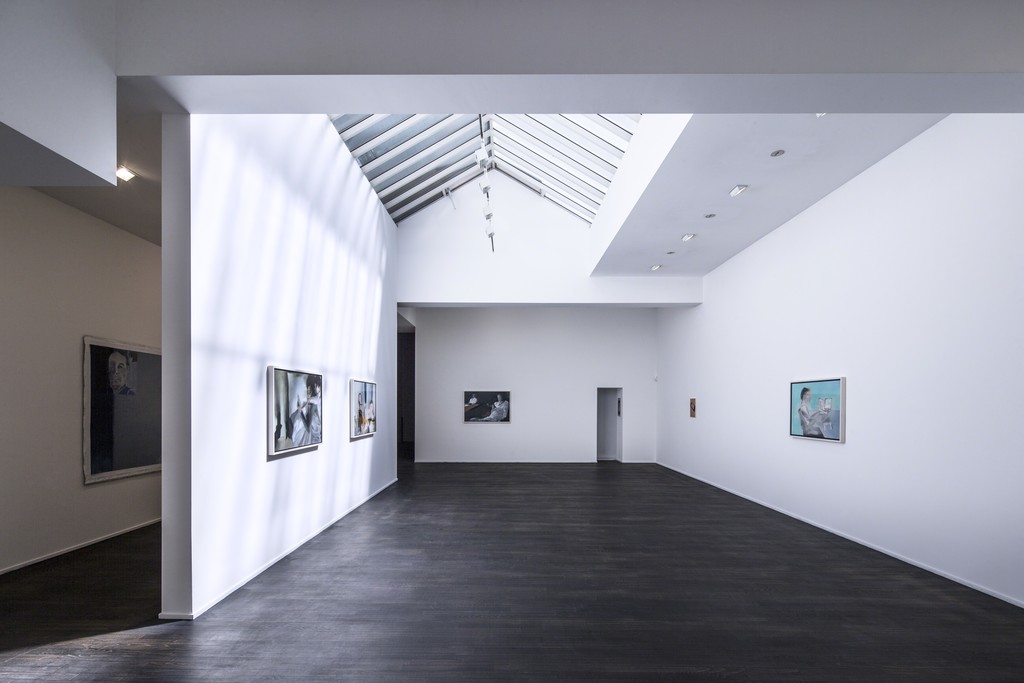 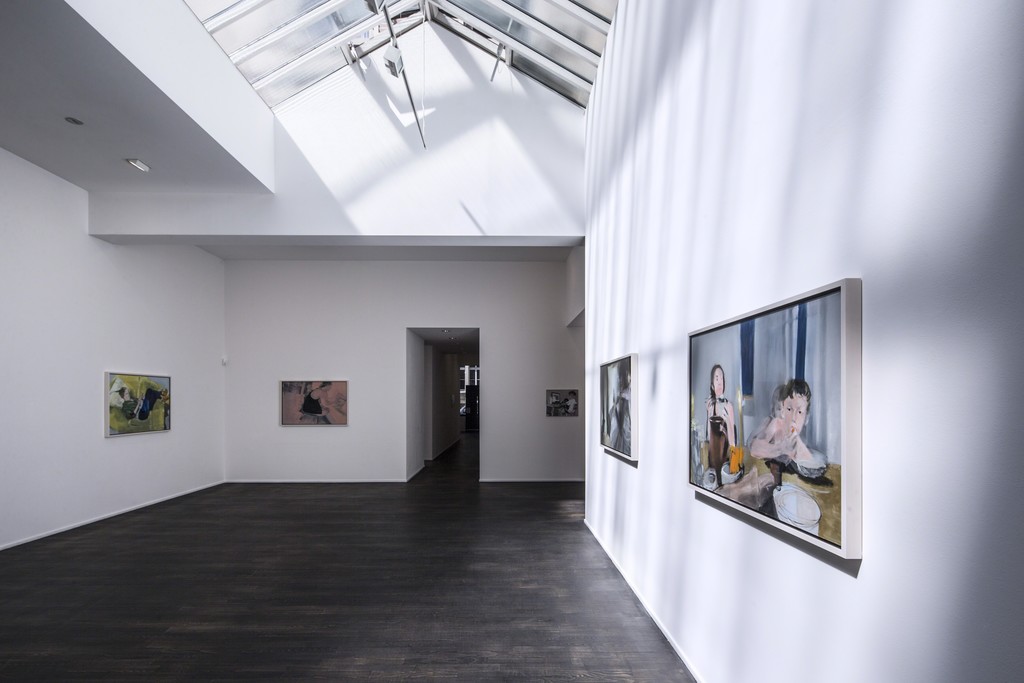 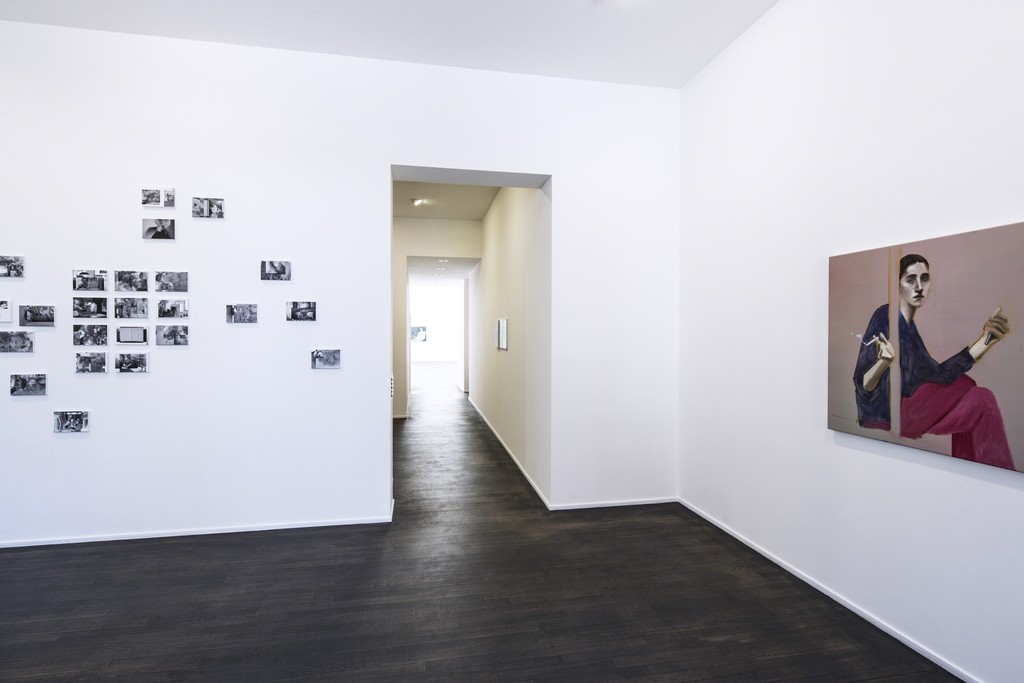 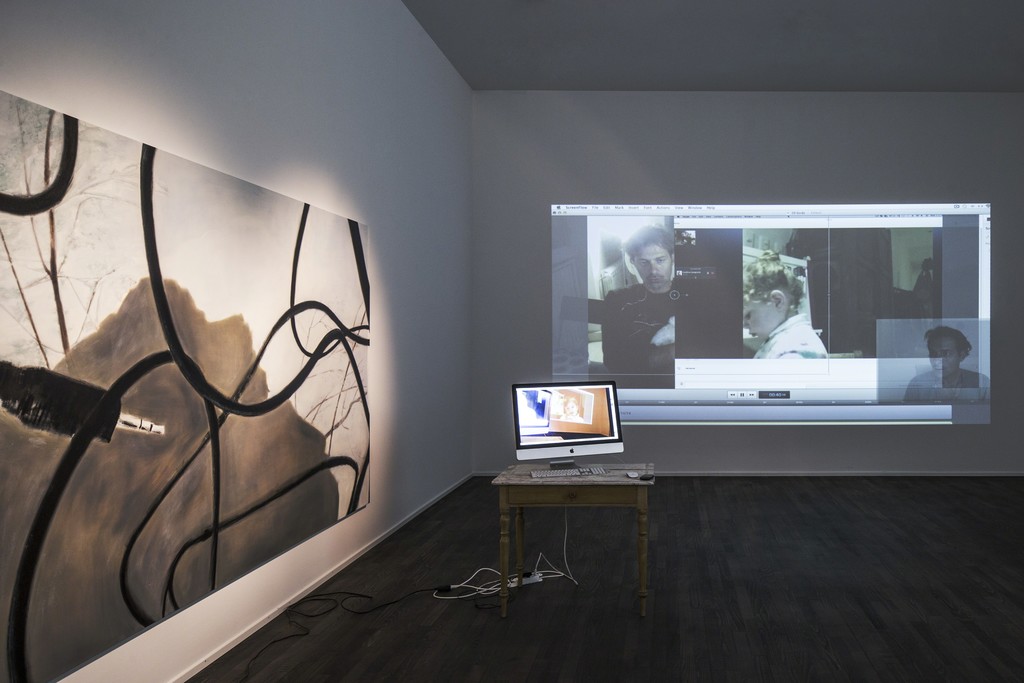 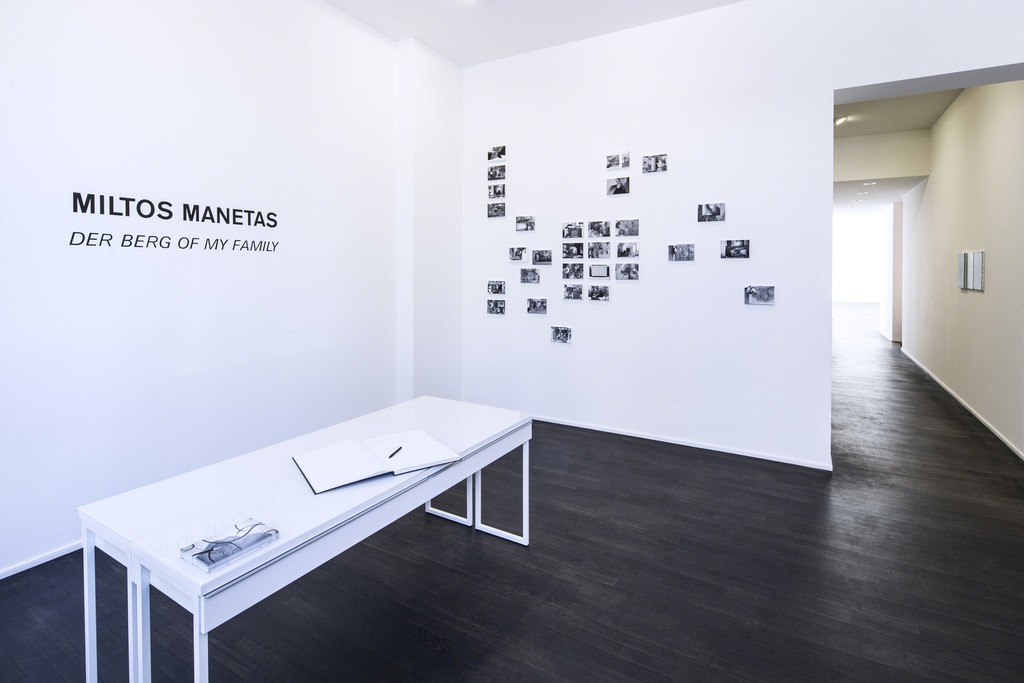 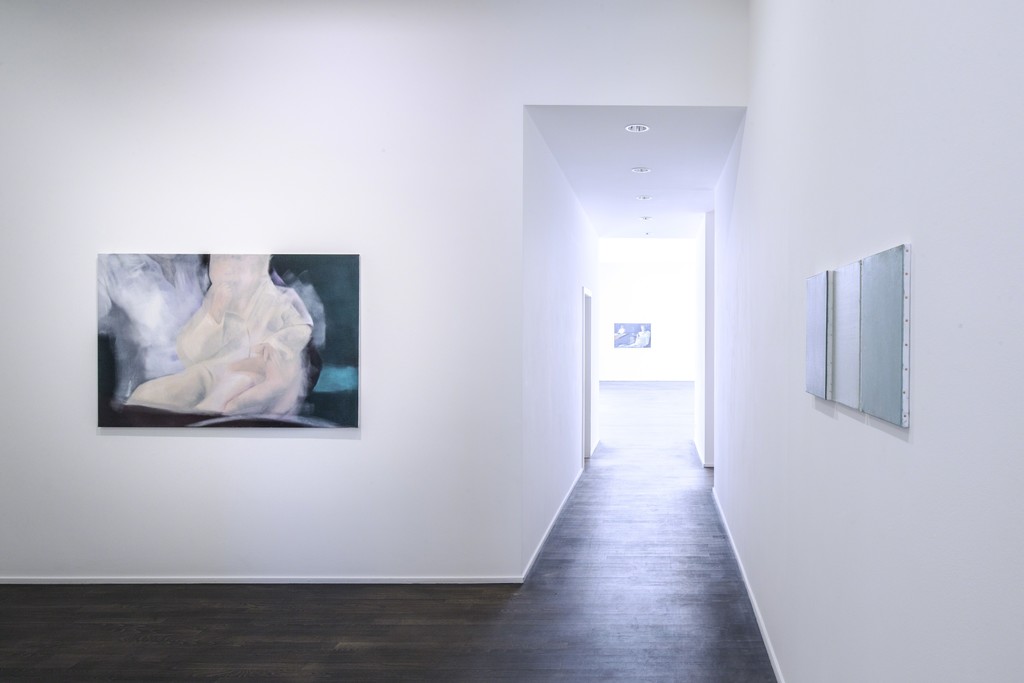 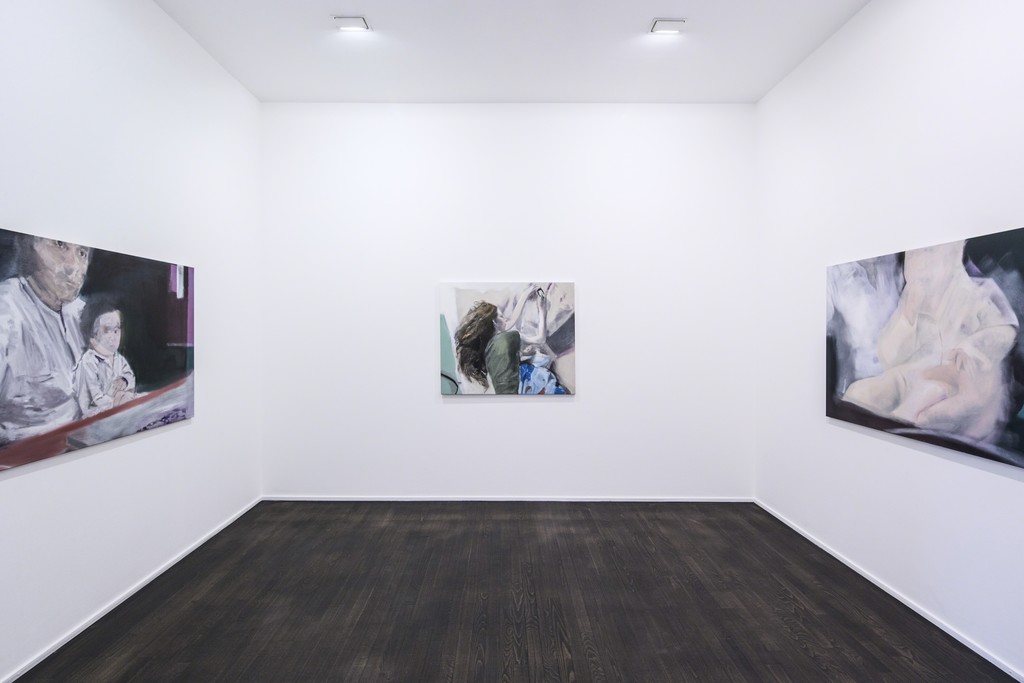 "Der Berg of my Family", the first solo show in Zurich of internationally acclaimed artist Miltos Manetas.
In Der Berg of my Family Manetas will present his so far most personal body of work which he created in the last years and which he describes as follows:
„I had no idea that putting together a family would be as hard as climbing a big mountain (such as the Everest or the K2). When I first met C. -my producer- it took us only two hours to decide that we both really wanted to startup a kid together. And so we did but for different reasons, the family didn't last - on its traditional format at least. Now my daughter Alpha lives with C. in Bogota, Colombia and I am all around the planet again as I have been for the last 20 years: the most international person I know.
This exhibition is a product of the Family Years (only two fortunately or unfortunately) and of what came after while I was struggling for Togetherness with Alpha and to some degree, with her mother too. Life with C. was an exchange of projections, I followed hers, she followed mine, projections that were bubbles because none of us was really the person projected, not entirely at least or maybe not yet.  It’s only natural then that all the portraits that I did of C. are about Projection and Parallel Universe Bipolarity. She is depicted either on Skype or while she is looking at her smartphone, searching for messages from a future that wouldn't include me. Alpha appears reflected on screens and looking at screens. Screens is where she will have to live for a big part of the rest of her life, unless we liberate information from them turning the Net and our networks into a layer of the natural world.
There are a few other people depicted in the show, my ex girlfriend Vanessa who has become a mother ten years earlier and got so very absorbed into motherhood that I thought she was eaten by some whale. Now not only I understand but I can even portray her, something that I never succeeded doing when we were together.
Then there is Camilo - a good friend of C's and mine too. He is looking at his smartphone too while his father - who is an Unconnected who doesn't use Social Networks and email - is looking instead into the void.
Finally, there is Cuatro, the son of my friends Yvonne and Leo. Cuatro is also double as everyone else: I painted the pictures twice, the first layer was made by my assistant Dione in the manner of Manet and on the top of it I paint the second layer myself in the manner of Manetas.
Opening the show are 30 little pictures made by a collage of many family snapshots. I wasn't able to deal directly with these snapshots so a friend whose name is HoPe collaged them for me. I was sitting next to him when he did and I transferred all the vibes HoPe would need so that the final pictures would acquire my very personal touch.

For a long time now I accepted the fact that some art has to be created by the artist and some by an artist's transfer. Because HoPe is publishing these photos in a fanzine called Mountain, I got inspired and called the show "Der Berg of my family".
The title is bipolar too, half German half English.  Ximena, my Skype Therapist who is also Colombian, will help me specify the wording of the final release of this text. She’ll do so in one of our sessions and I will ask her if I can record the session and then collage that recording on a video that's a collage already of a Skype recording where I am meeting with Alpha.
The final video-collage will be shown at a semi-dark room of the gallery, together with „C&A Sleeping“, my most precious BlackBerry Painting, a 2:28 minutes black and white film. Alpha and her mother were both sleeping on a hammock when I asked my right hand to "paint them" - by tracing their beautiful faces on the air with a painter's brush - while my left hand was doing the filming with a BlackBerry Curve. By doing BlackBerry Paintings I am a painter and a movie director at the same time, isn't that quite schizophrenic? Working on stillness and at the same time on motion? Or maybe it is just a normal procedure on our contemporary research for Togetherness.
As the curatorial duo "Dos Francescos" wrote on the proposal for the next InternetPavilion of the Venice Biennial, "today that we are ubiquitous, sharing the same space isn't so important. We care sharing instead the same time, the Timeline".  Well, they are right, everything that we do becomes Timeline. And what doesn't, will: "Everything that can happen Does".  My decision of making this show as personal as it's now becoming, was stimulated and intensified by the sound of sand over a highway that belonged to a video of Zineb Sedira, the Algerian artist who had her one-man show in the gallery before mine.  I’ll have to check with Zineb and see if I can use that video's sound for my show too. Some things own staying the same.
Miltos Manetas, Sabina, 2014“

Born in 1964 in Athens, Greece, Miltos Manetas is a multimedia artist currently living a nomadic life. Manetas has created internet art as well as paintings of contemporary artefacts like cables, computers, videogames and Internet websites. He also launched "Neen", an Internet-based art movement, which was presented at the Gagosian Gallery in 2000, and presented the Whitneybiennial.com, an online exhibition that challenged the 2002 "official" Whitney Biennial show. Manetas was one of the first artists to both recognise and celebrate the influence of videogaming on contemporary art, on visual culture tout court, and on our psyche. His epiphany spawned a series of game-based artworks for different media (painting, videos, installations). In 2009 he created the Internet Pavilion for the Venice Biennale, and from 2011 to 2013 he directed the MACROeo (Electronic Orphanage at the MACRO museum in Rome).
As the American writer Lev Manovich says, Manetas’s work can be positioned inside the established modern pictorial tradition, if by modern painting we mean the representation of human beings in their specific modern contexts.

Manetas has participated in group shows at the Deste Foundation, PS1, the ICA in London, Palais de Tokyo, MAXXI, CAC in Warsaw, GAMeC of Bergamo, GAM in Turin, and at private galleries like Gagosian and Yvon Lambert. His work has been shown at the 6th Lyon Biennial (2001), the Whitney Biennial in New York (2002), the Tirana Biennial (2003), the 3rd Biennial of Multimedia Art of Seoul (2004), the 2nd Athens Biennial (2009), the 53rd Venice Biennale (2009) and, more recently, the 4th Thessaloniki Biennial (2013). He has published 100 Years after Les Demoiselles d’Avignon (Electronic Orphanage Press, 2006); Neen (Edizioni Charta, 2006); Others (Electronic Orphanage Press, 2004). Starting in 2004, he has given many talks and lectures at international art schools and universities. His work is included in important private and museum collections, among others at MAXXI Museo nazionale delle Arti del XXI secolo, Rome, Italy, The Saatchi Gallery, London, England, Dakis Joannou Collection, Greece. His last project was „Case Study“ at the Swiss Institute in Rome in March 2014.