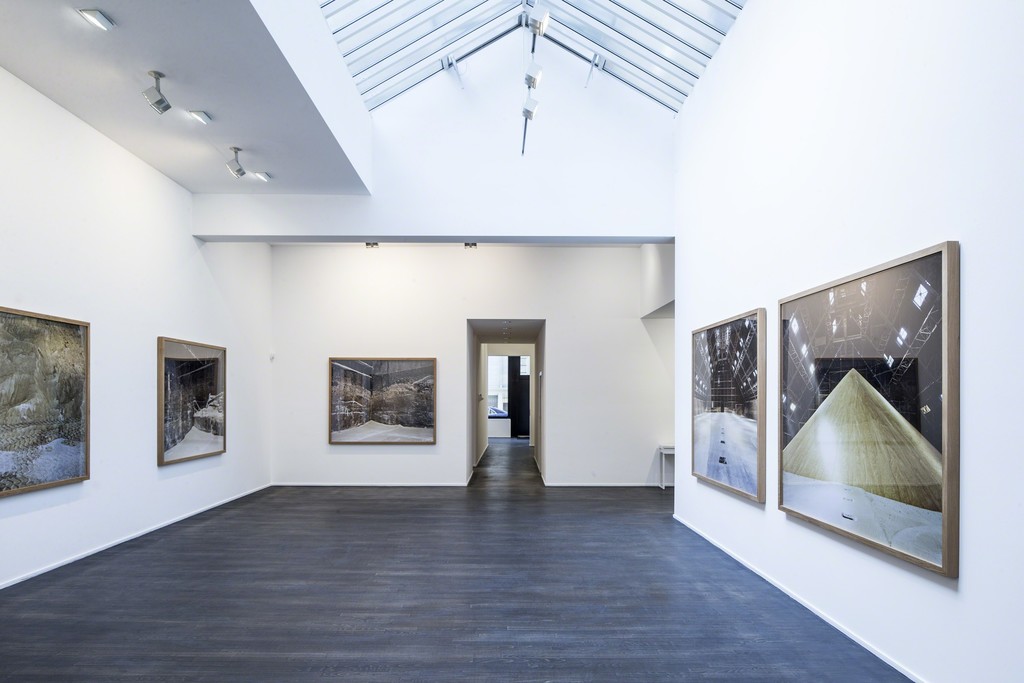 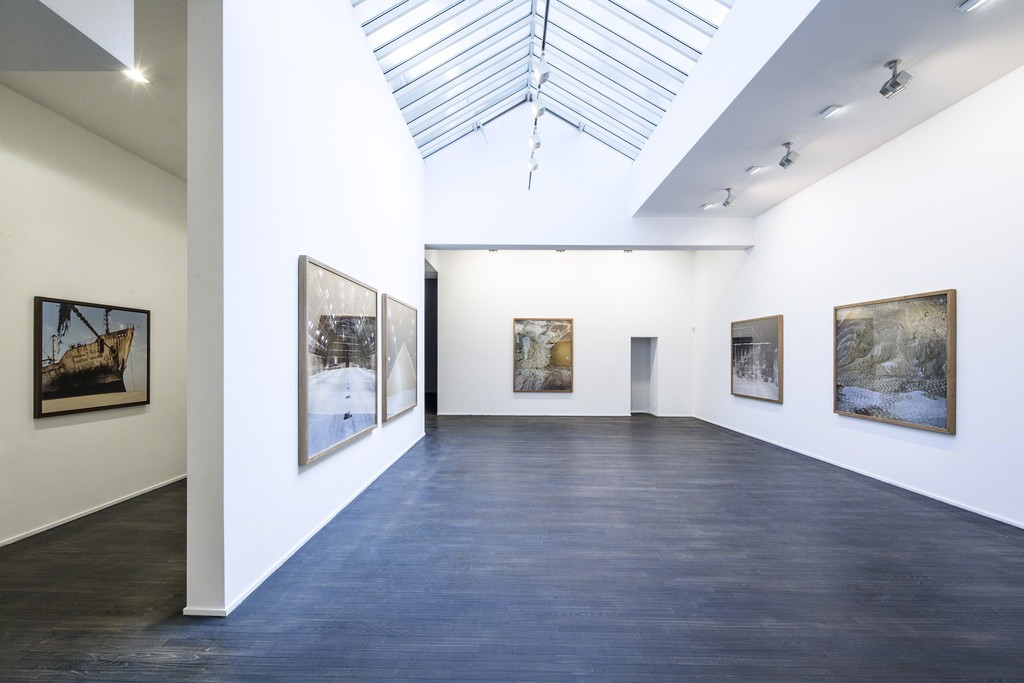 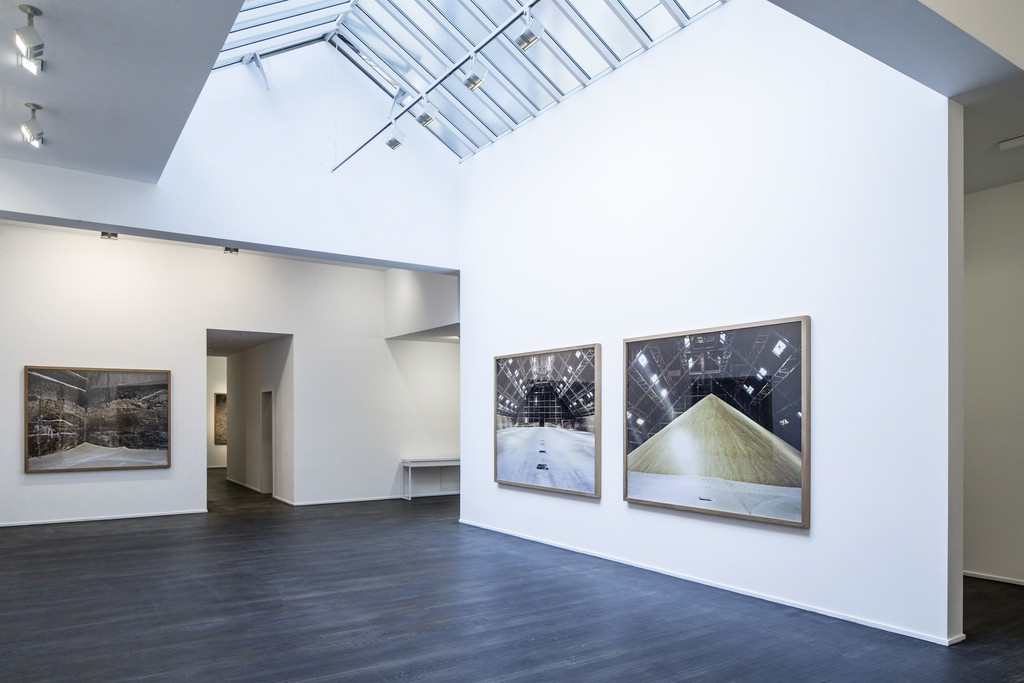 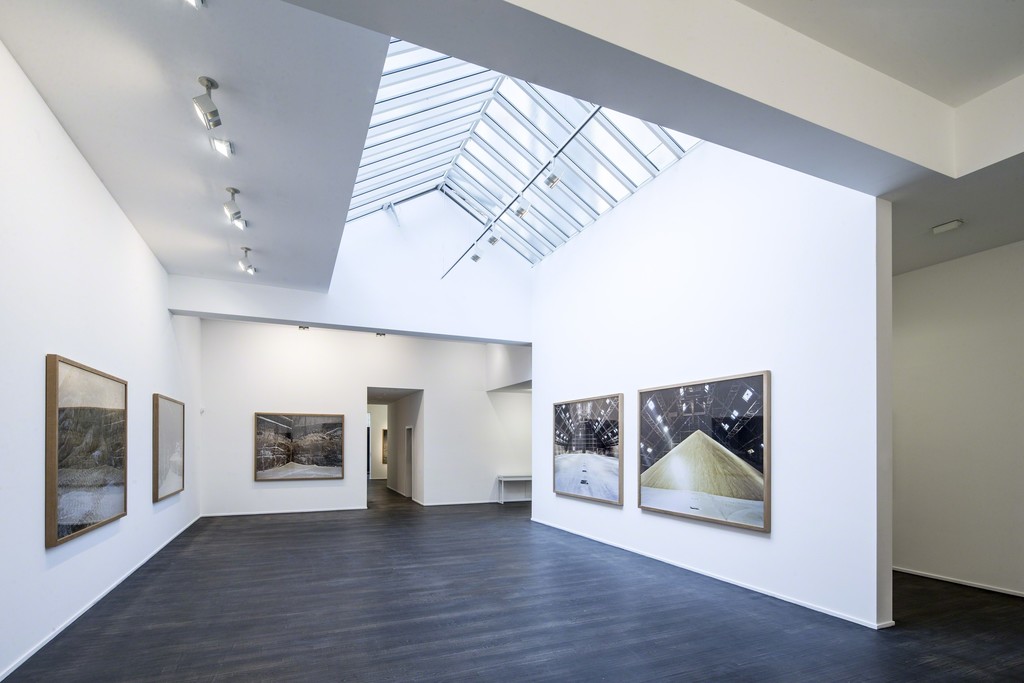 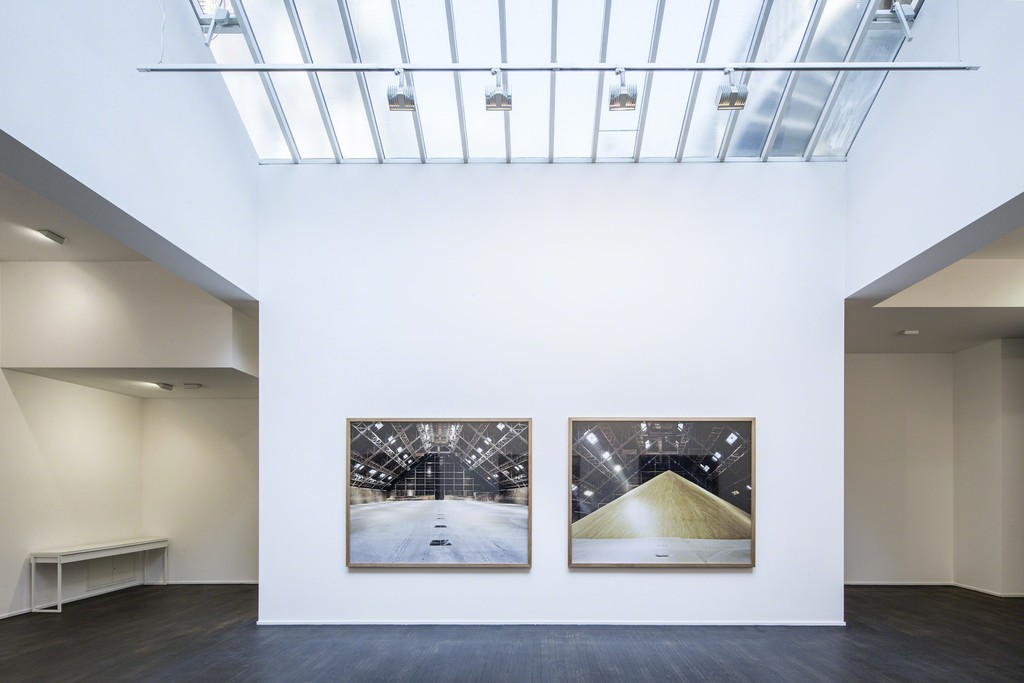 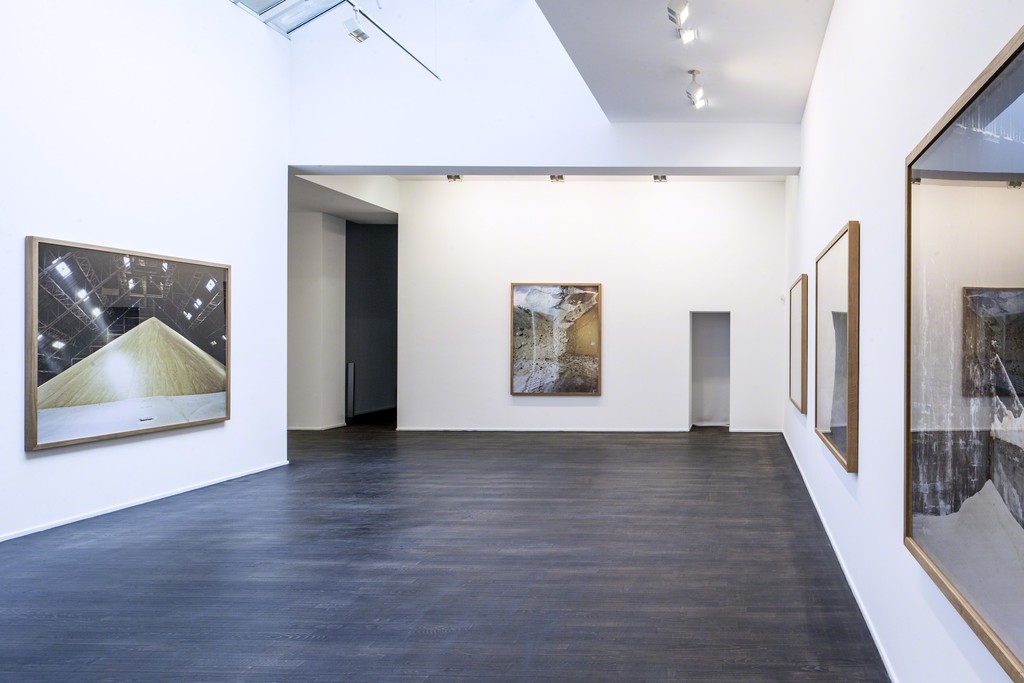 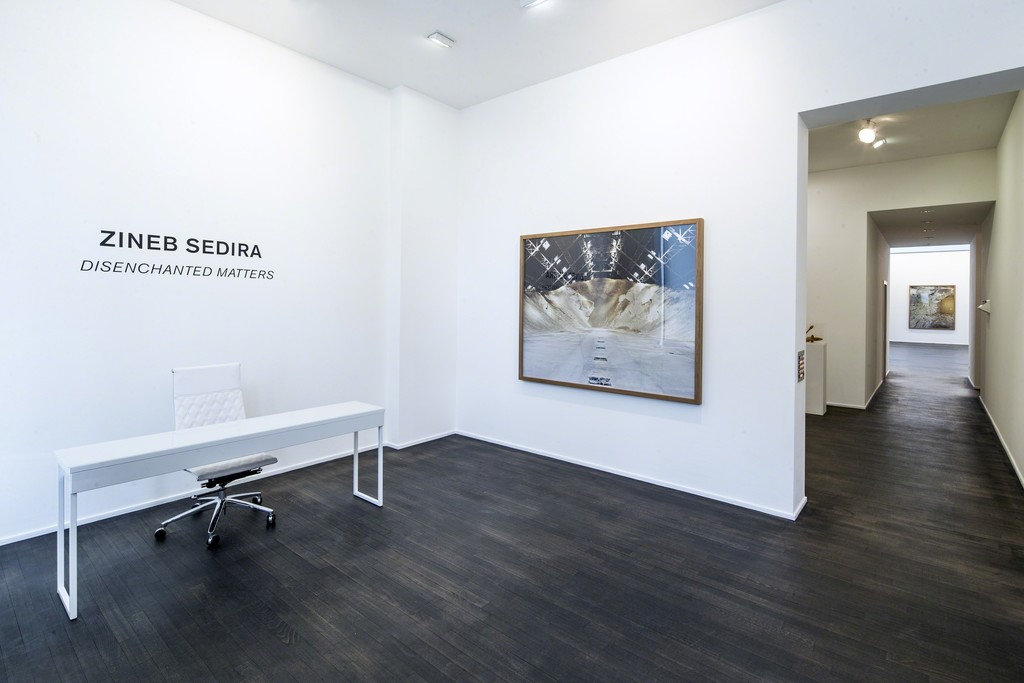 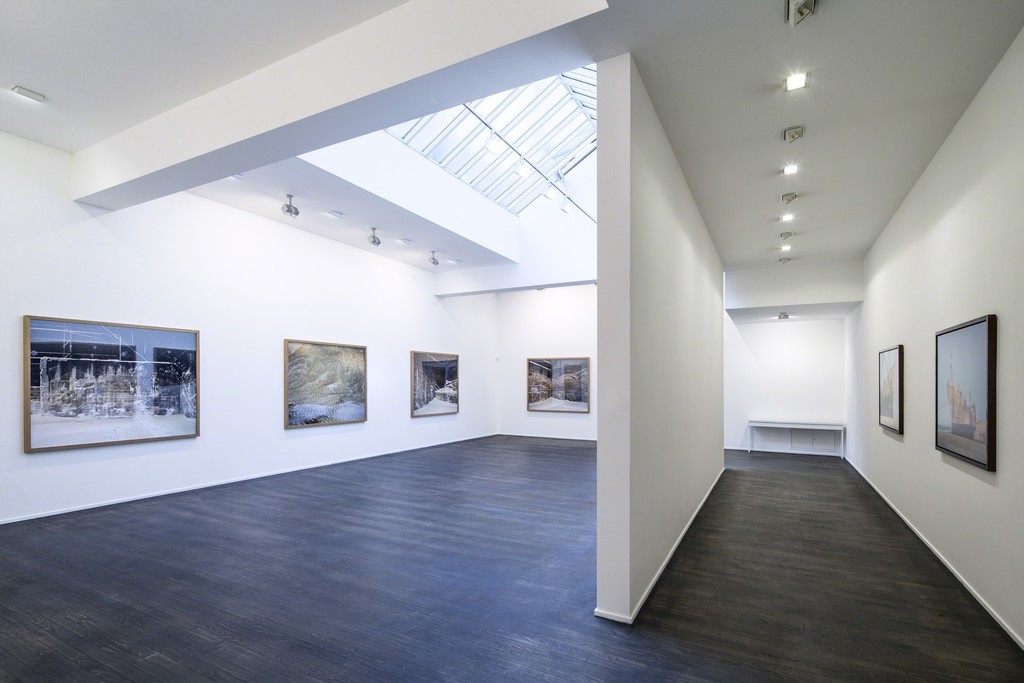 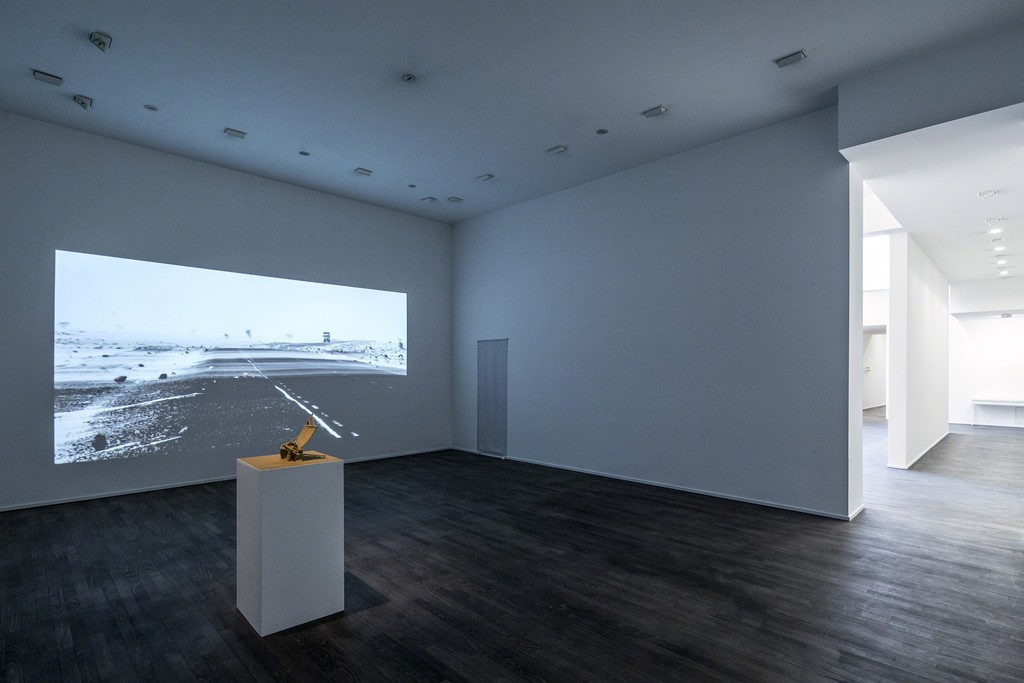 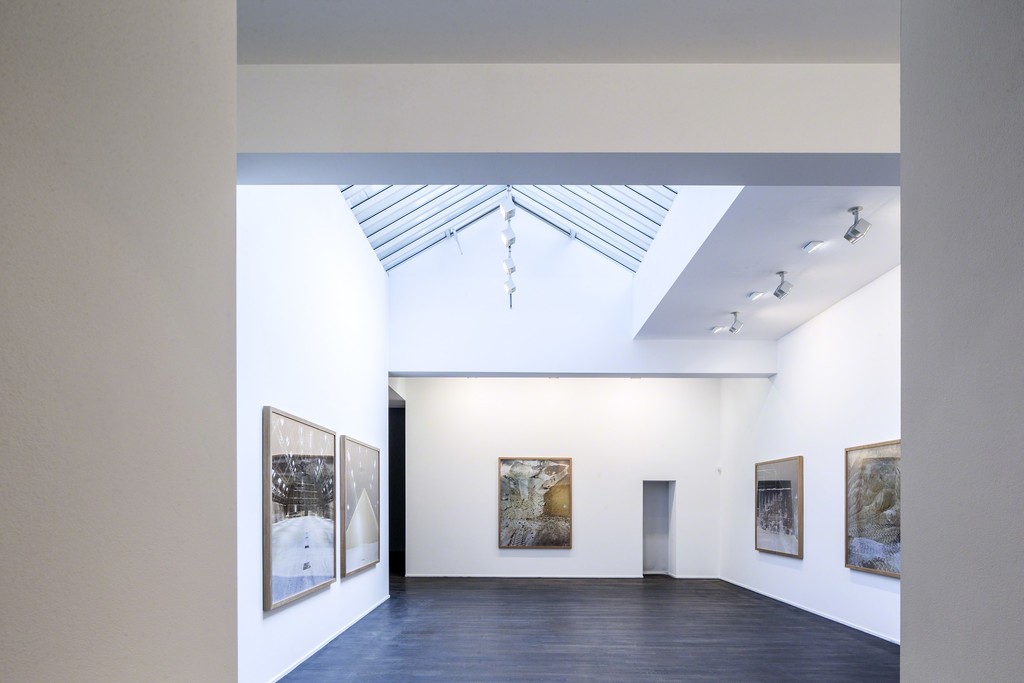 Disenchanted Matters is the first solo show in Switzerland of international London-based artist Zineb Sedira.
In its second exhibition, the freshly launched Galerie Plutschow & Felchlin in Zurich will showcase new and recent video, sculpture and photography works by Zineb Sedira. In Disenchanted Matters, Sedira will present new bodies of work produced in the city of Marseille, France and during a trip to the desert. Featuring photography, video and objects, the exhibition speaks of transitional existences which evolve in haunting landscapes.
Over the fifteen years of her practice, Sedira has enriched the debate around the concepts of modernism, modernity and its manifestations in an inclusive way. She has also raised awareness of artistic expression and the contemporary experience in North Africa. She found inspiration initially in researching her identity as a woman with a singular personal geography. From these autobiographical concerns she gradually shifted her interest to more universal ideas of mobility, memory and transmission.
Sedira has also addressed environmental, geographical and cultural issues, negotiating between both past and future. Using portraits, landscapes, language and archival research, she has developed a polyphonic vocabulary, spanning fiction, documentary and more poetic and lyrical approaches. Sedira has worked in installation, photography, film, video and she has recently returned to object-making.
The video projection Guiding Light (2014) commissioned by MMK Museum fur Moderne Kunst in Frankfurt am Main, Germany is Sedira’s most recent work. In previous works produced in Nouadhibou, Mauritania, the artist had explored the country’s coastlines as a lengthening desert representing both a pathway and a barrier to the sea, where men and engines struggle to survive. Driven by her fascination with J. M. W. Turner, the painter of vast powerful seas and ominous skies, she plunges deep into the desert. On a road battered and washed out by the storm, the viewer gradually distinguishes a truck slowly emerging from the horizon. Coming from afar, the vehicle defies the gusts of sand and crosses the screen to continue its journey towards others horizons. Where does the desert start and where does it end? The only certainty is the moon which has always guided sailors on the high sea, and desert dwellers. The heightened volume of the wind breaks the silence of the infinite emptiness. The dust giving it more texture, the written prose poem is declaimed aloud. The desert becomes a ‘twisting vortex of competing energies’ and its image is expressed in terms of water. Using a diminutive tale, Sedira captures the breathtaking immensity and limitlessness of a desert hedged by promises and the stories whispered by grains of sand blown in the wind.
In her body of work developed in a sugar silo located in the Port of Marseille, Sedira proposes a possible archeology and geopolitics of commodified natural resources. The granulated sugar that is transported in bulk to Marseille to be stored is extracted from sugar cane in tropical and sub-tropical regions of the world, from Africa and Oceania to the Caribbean, the West Indies and the shores of Latin America. The artist collected fifteen sugar samples from several sources for Seafaring [Antilles, Brazil x2, Burkina Faso, Cuba, Guadeloupe x2, Guyana x2, Madagascar, Mauritius, Reunion, Swaziland x2, Zambia] (2013) in an attempt to preserve the integrity of their respective origins. The different shades of
Galerie Plutschow & Felchlin GmbH
Waldmannstrasse 6 CH-8001 Zürich Switzerland
T +41 43 268 57 43 F +41 43 268 57 44 [email protected] www.plutschowfelchlin.com
 
PLUTSCHOW | FELCHLIN
ochre in these sugars recount the stories of human migrations, the endless journeys through the seas and oceans, and the triangular trade routes of the nineteenth and twentieth centuries. In the photographic series Sugar Routes (2013), the mountains of sugar stocked in warehouses take the form of landscapes, craters and geological and topographical strata. Once the buildings are empty, layers of sugar dust imprint themselves upon the walls, creating abstract murals.
With the sculpture Sugar Routes II (2013), Sedira metaphorically summarises the human dilemma and the dynamics of coming, going and remaining that the sea invites us to. The artist used one kind of sugar to recreate two emblematic symbols of the movements in the sea: the anchor and the propeller. Gripping the bottom of the sea and holding the ship firmly in place, the anchor anticipates the vessel’s arrival and the memories to be kept and transmitted. Meanwhile, the propeller is the force which drives us to move forward, between countries, or simply towards a new future.
Sedira began her art career in the mid 1990s in London, after completing her studies at Central St Martins, the Slade School of Fine Art and the Royal College of Art. She lives in London and works between London, Algiers and Paris. She has exhibited at Tate Britain, ICP Triennial NY, Centre Pompidou, Hayward Gallery, British Art Show 06, ICA, Brooklyn Museum, 1st Quadrennial for Contemporary Art, Venice Biennale, Folkestone Triennial, the Singapore Art Museum and Fundació Joan Miró.
Sedira has had solo exhibitions at Cornerhouse, the Photographers’ Gallery,
Wapping Project and John Hansard Gallery and recently exhibited at Blaffer Art Museum and Charles H. Scott Gallery.