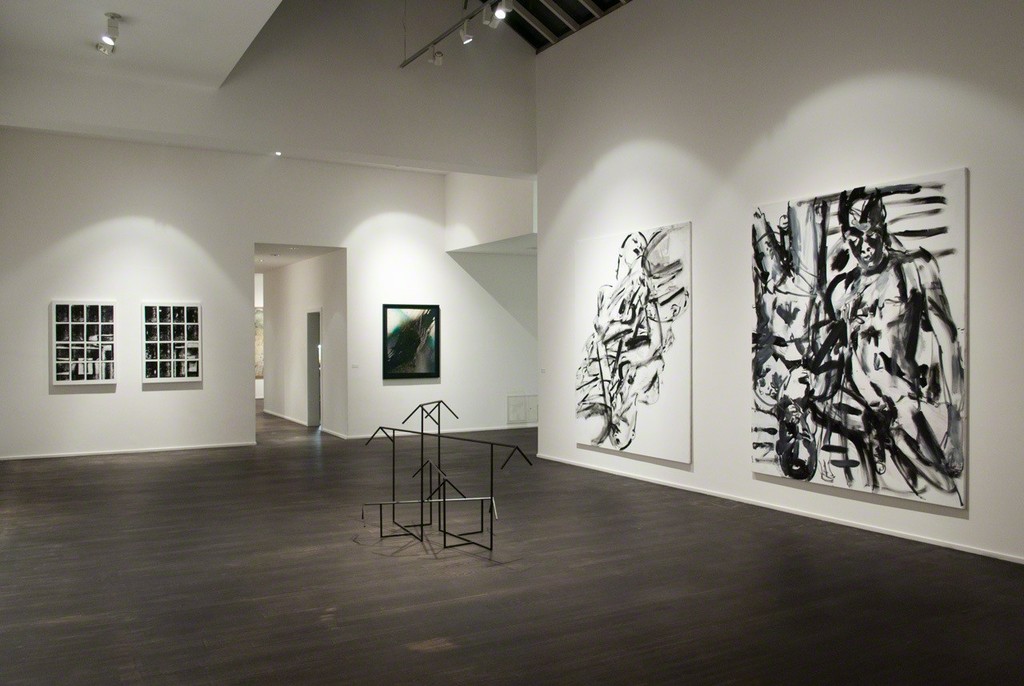 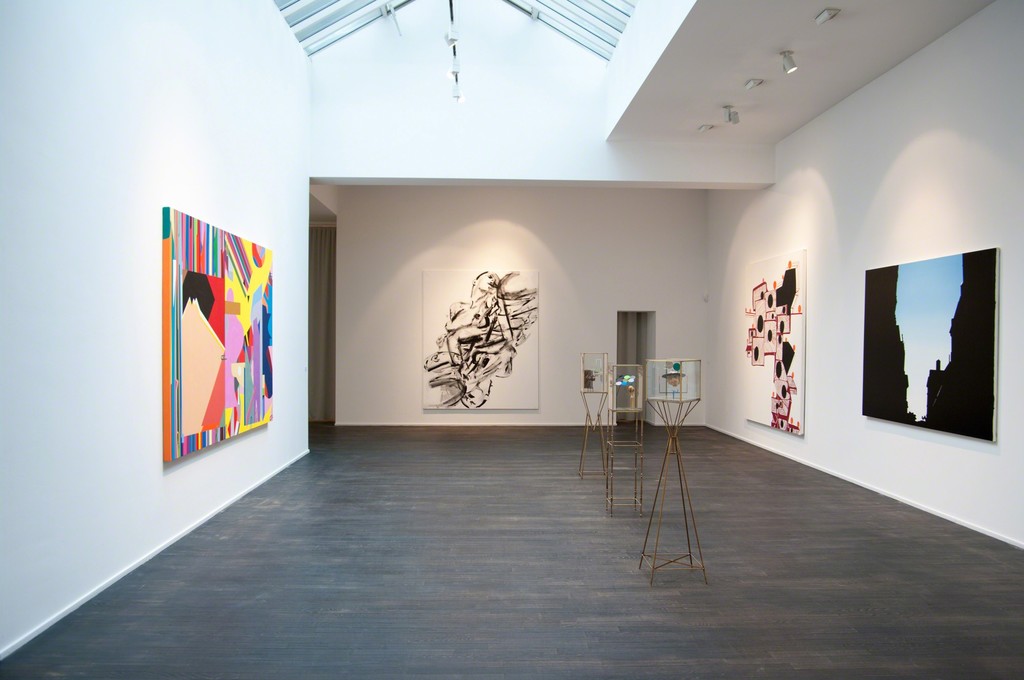 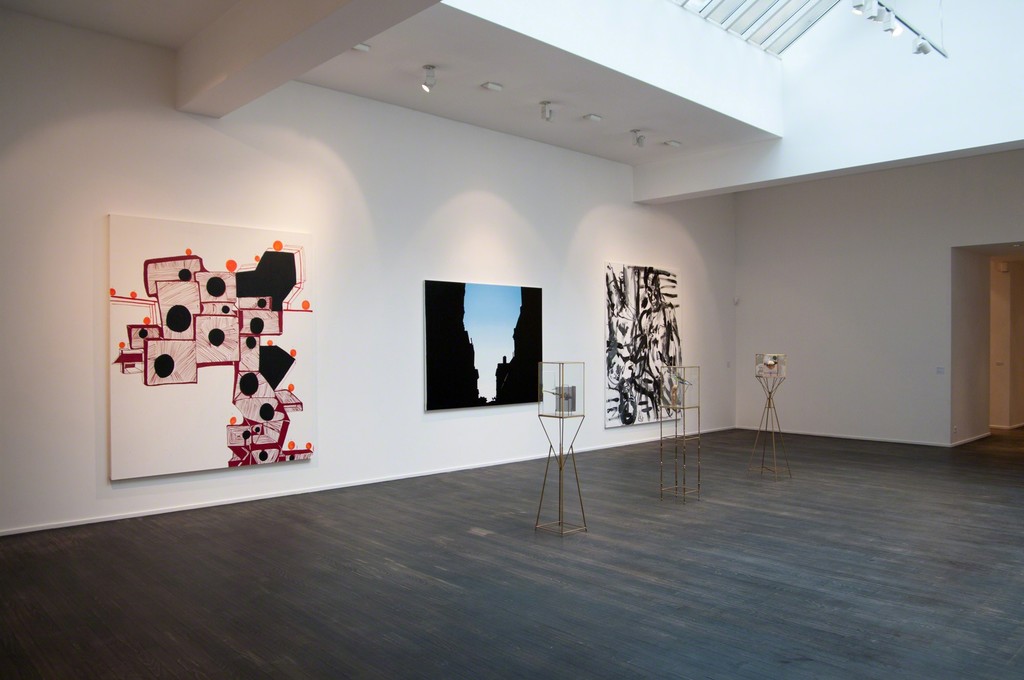 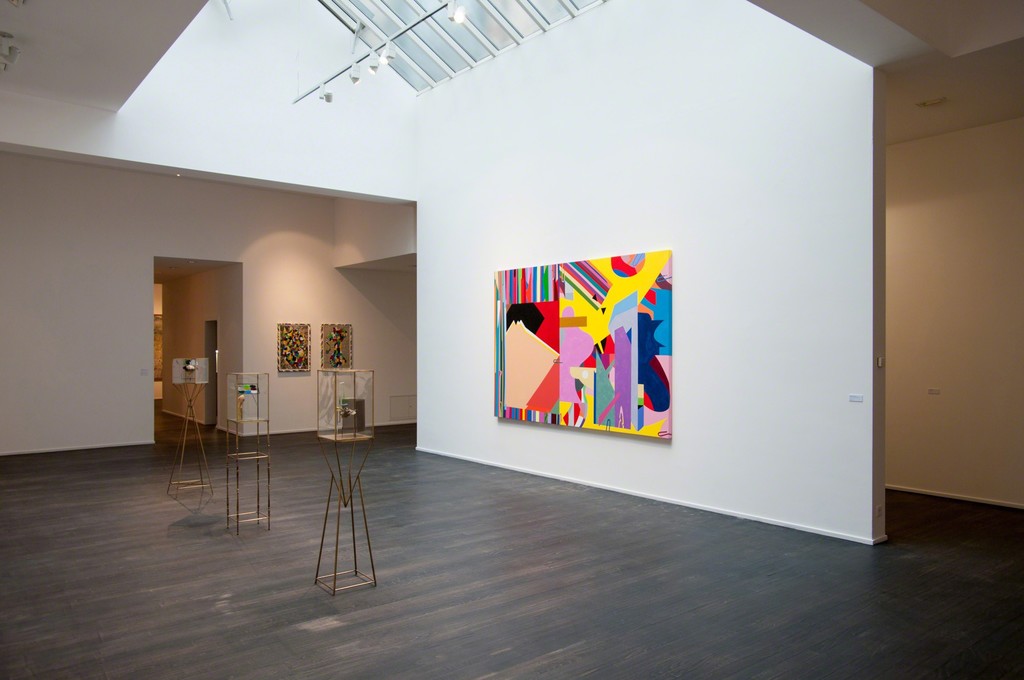 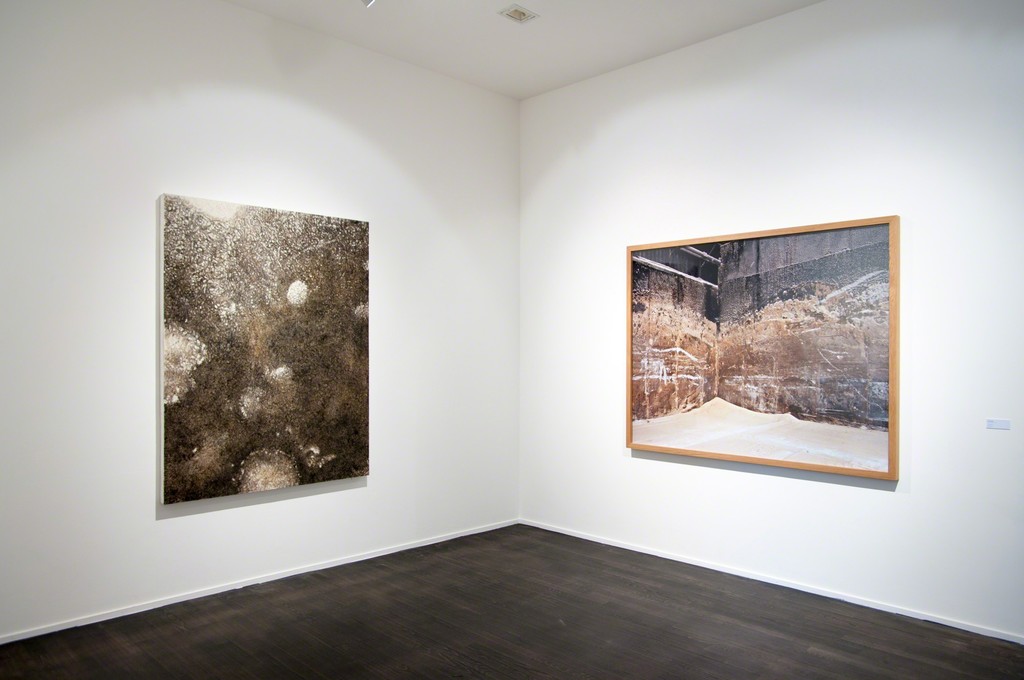 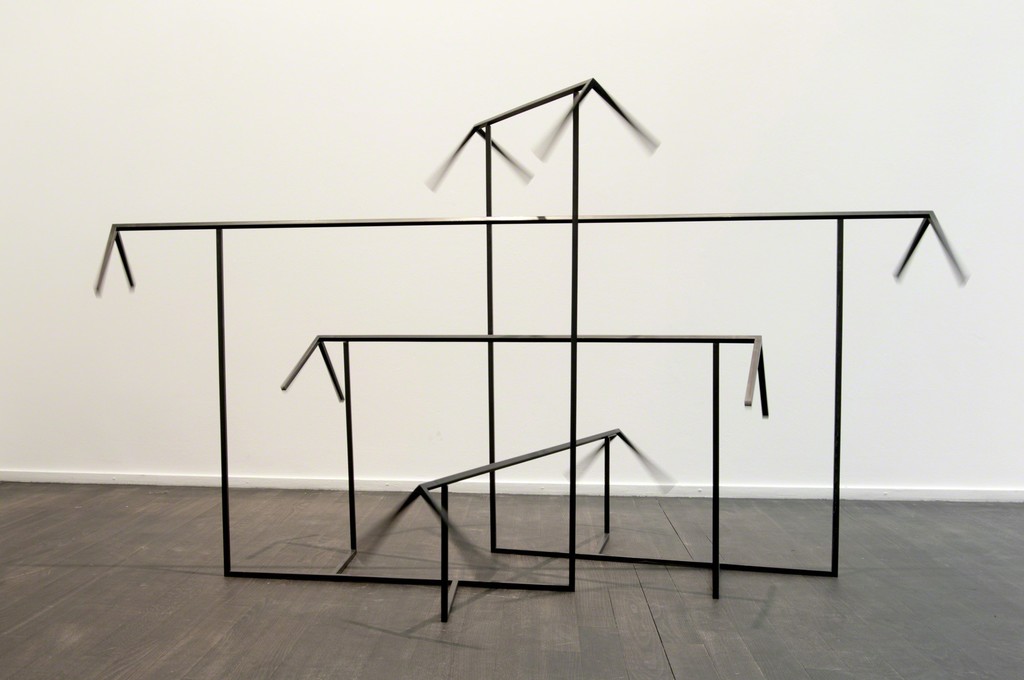 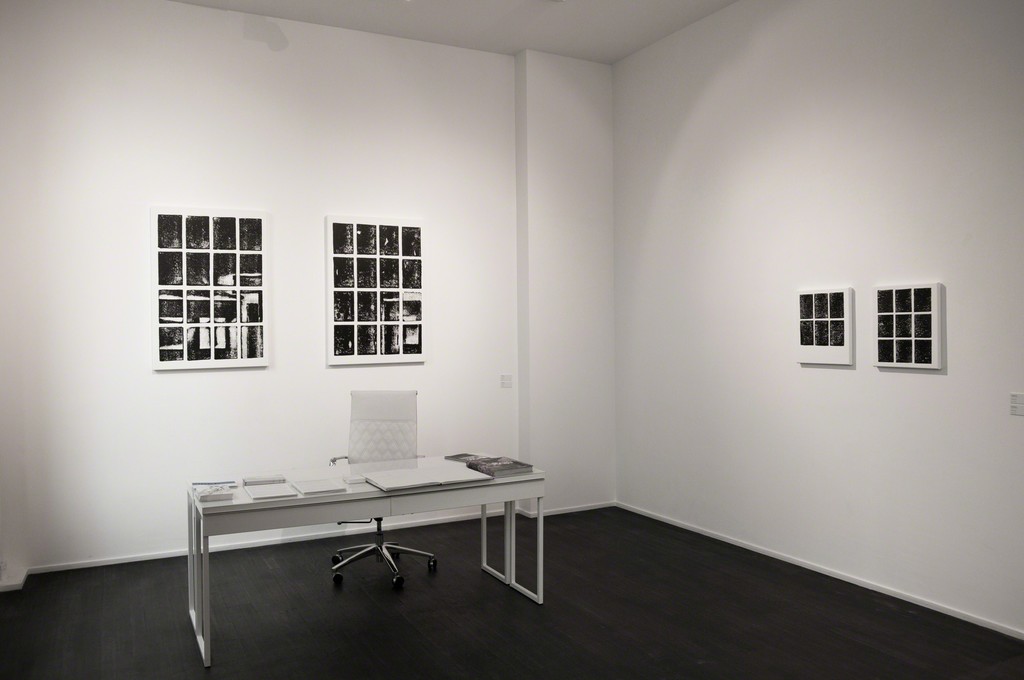 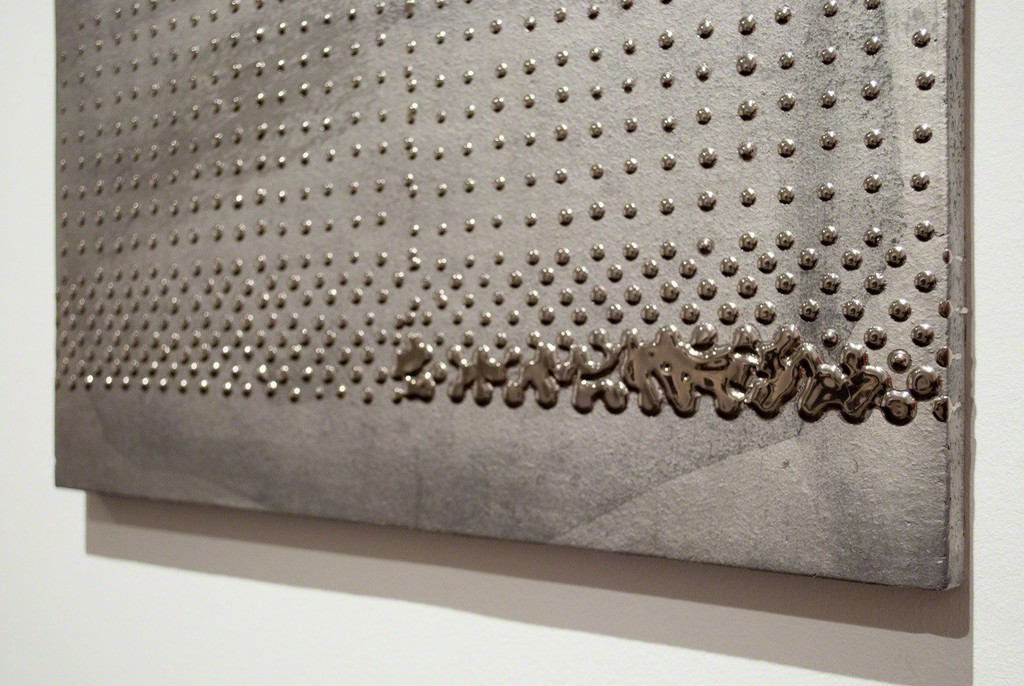 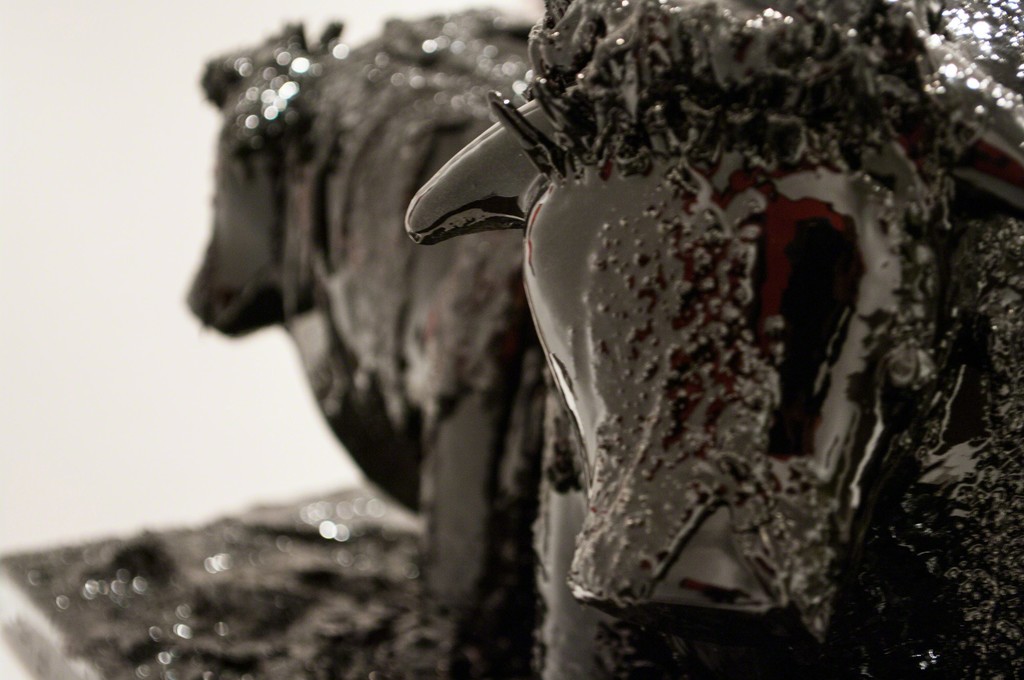 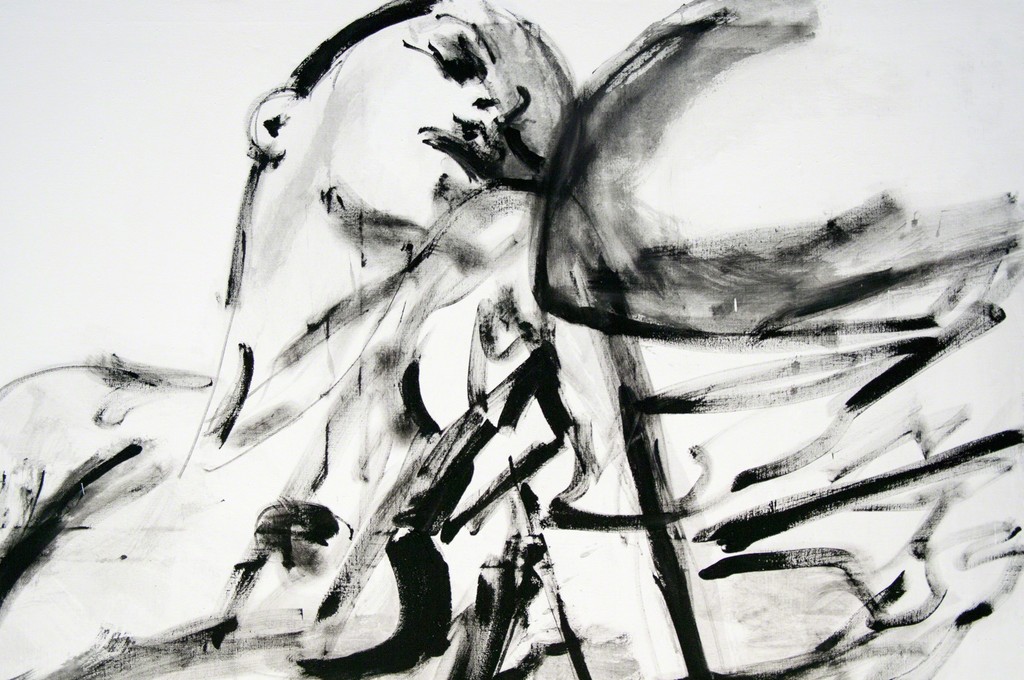 HORIZONS combines existing and new art positions at PLUTSCHOW GALLERY and serves as programatic overview exhibition of the gallery.

The exhibition offers an exciting comparison of various techniques and art directions with artists from different generations and geographical backgrounds. Lead by Otto Piene it comprises works by Luciano Castelli, assume vivid astro focus, Hans Broek, David Casini, Joanne Greenbaum, Raul Mourão, Zineb Sedira und Gal Weinstein. Otto Piene’s work fundamentally questions the configuration of the world around him. In doing so, he offers a unique insight into the difficulties of describing definitions and explanations of the environment, or perhaps even meaning, to both the practice of art-making and to the art object itself.

The Lucerne born Swiss artist Luciano Castelli was one of the important members of the "Deutsche Wilde" painters in Berlin in the 1980-ies. A group of painters, which was honoured this year in a comprehensive exhibition at the Städel Museum in Frankfurt. Luciano Castelli continously developed his painting further and has been dealing with his revolving paintings, which may be hung in either direction always opening new perspectives, for years.

assume vivid astro focus is an artist collective, comprised of Eli Sudbrack and Christophe Hamaide-Pierson. Eli Sudbrack was born in Rio de Janeiro, Brazil and lives and works between São Paulo and New York. Christophe Hamaide-Pierson was born in Paris and lives and works in Paris. They mirror today's world in their colourful, comic like and at first sight joyful paintings.

Hans Broek is a New York based painter of Dutch origin. His principal theme is the translation of film into painting. In earlier years his paintings had been derived from actual films, whereas since summer 2012 his work continues to be informed by film, but now he creates the scenes himself with actors on location. Hans Broek further paints impressive cityscapes in New York.

David Casini is an Italian sculpture who lives and works in Bologna. A characetistic of his works is the activation of synergies between organic and artifical elements, where he questions each single element and creates a new and unexpected balance among the elements.

Joanne Greenbaum is one the leading abstract painters of our times, who lives and works in New York. She consequently develops her distinctive style from minimalistic paintings to ever more complex connections, which impressively combines the colours of the USA with the complexity of our today's world.

Raul Mourão is a Brasilian artist who lives and works in New York. He became known for his cinetic sculptures. Today he works next to the sculptures, which he constantly develops further, on a series of window paintings in his very own language through which he continues the theme of the famous window paintings from Classic Modern Masters in a very contemporary manner.

Zineb Sedira is one of the leading video and photo artists of today's world. Her major theme is the mobility of today's people, which she developed from themes of migration and the inheritant generation conflicts involved with it. She demponstrates her theme of mobility very powerful in her photo series about sugar.

Gal Weinstein is an exceptional Israeli artist who plays with materials and comprises local as well as international themes in his work, which he interpretes in his very personal style. The majour topic of his thoughts are the means of social life as a whole. Using his artistic practice to interrogate and reconsider his environment along side ecological, social, historical, visual and virtual trajectories.