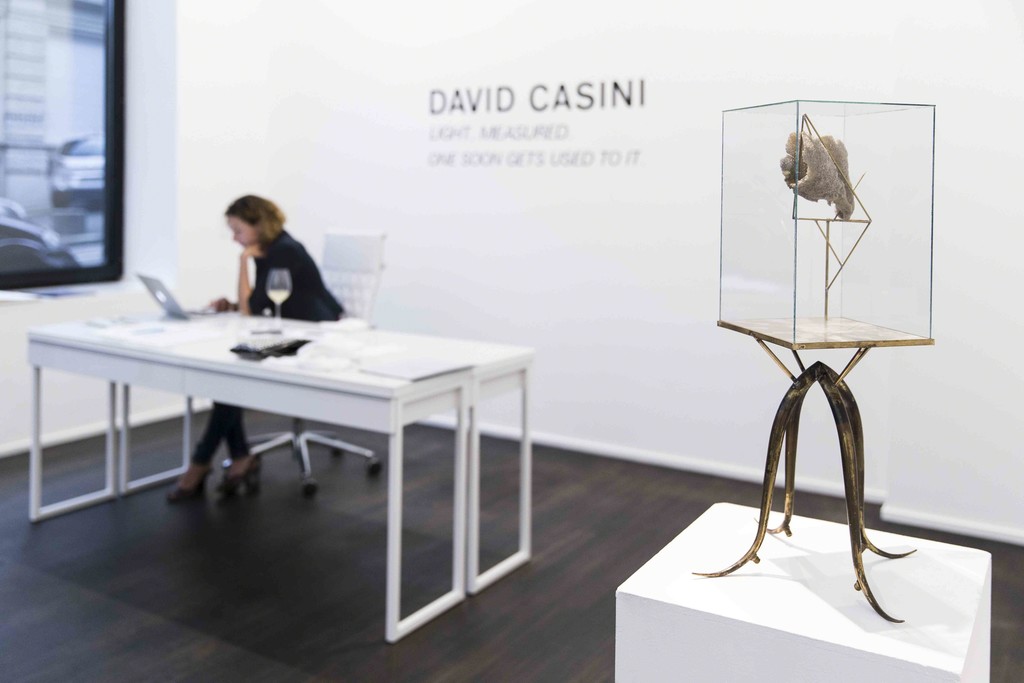 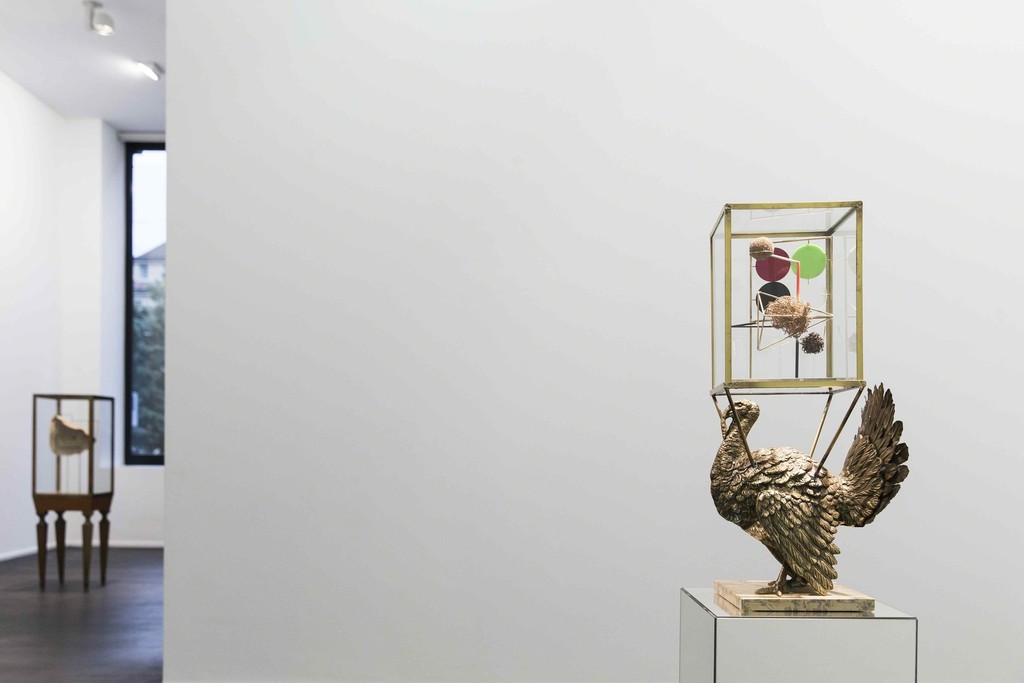 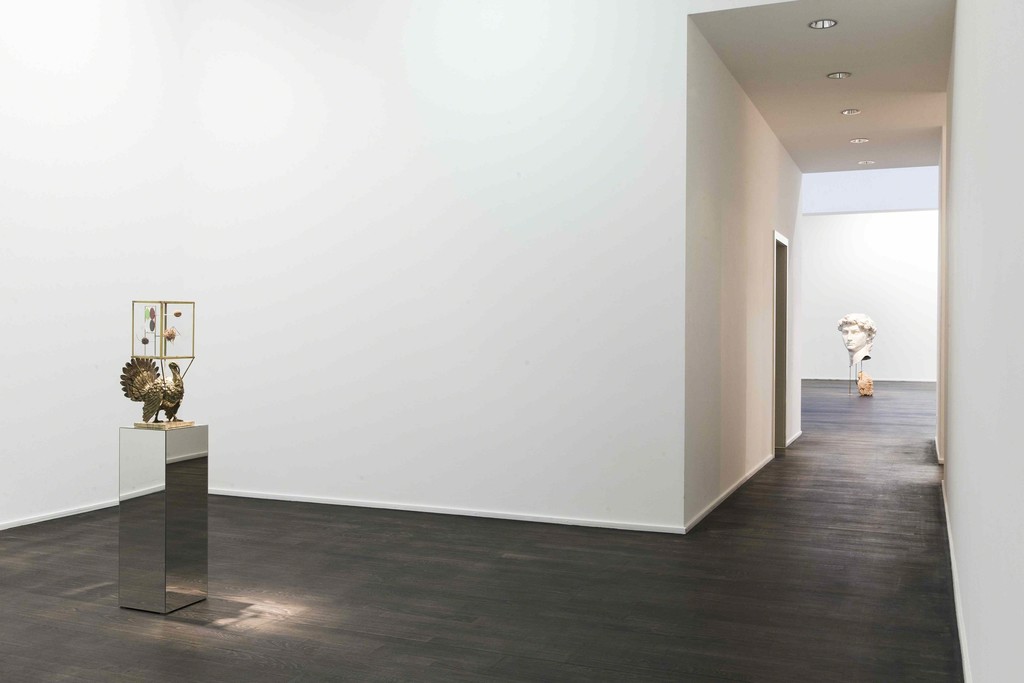 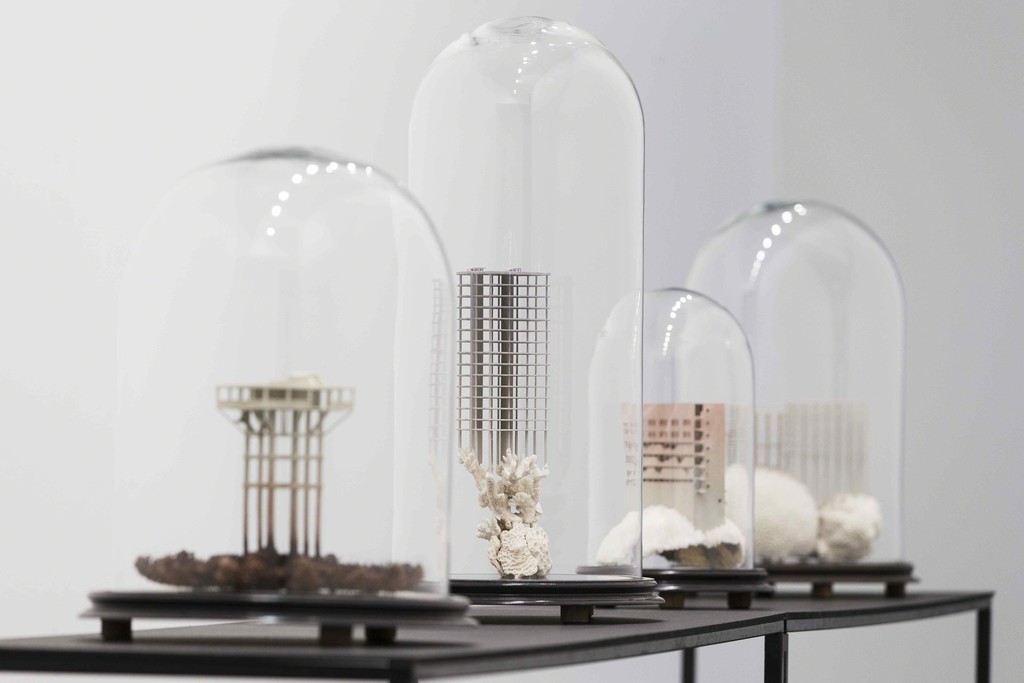 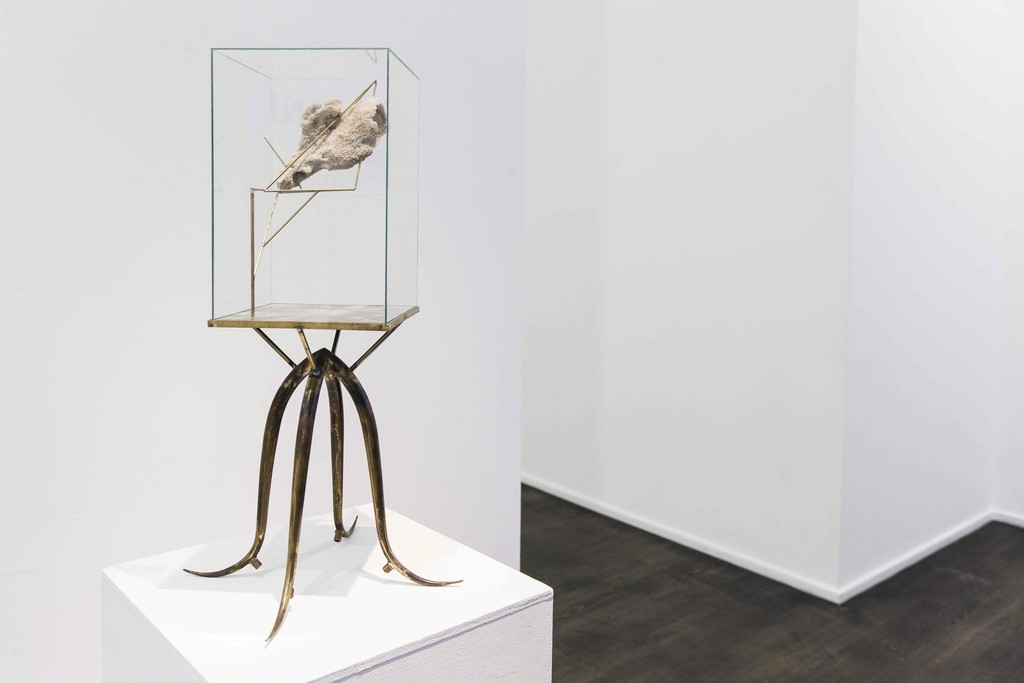 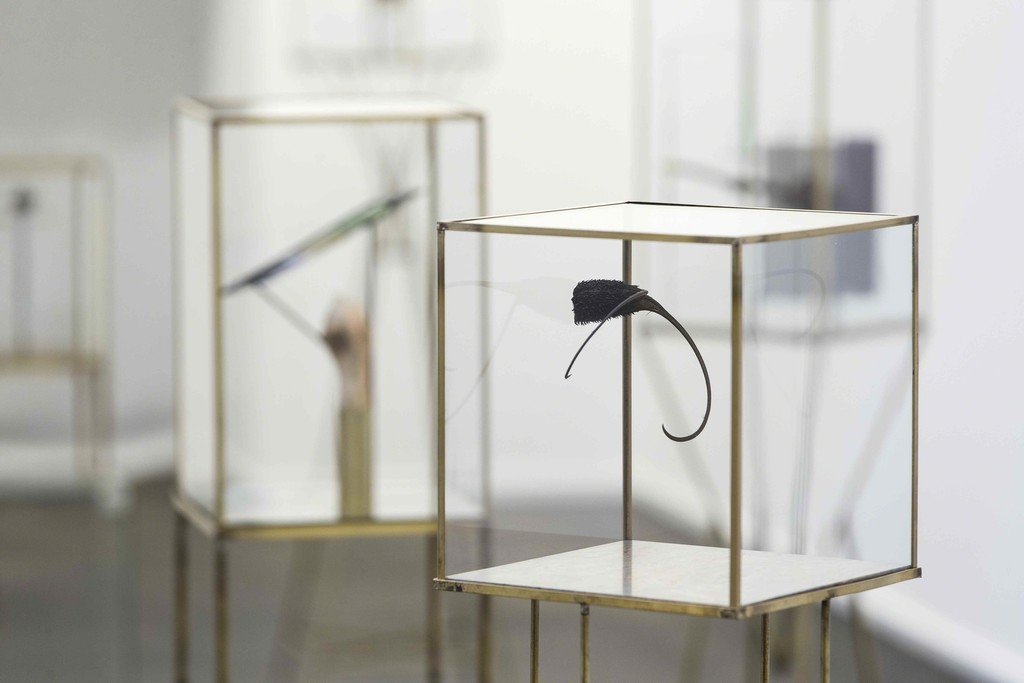 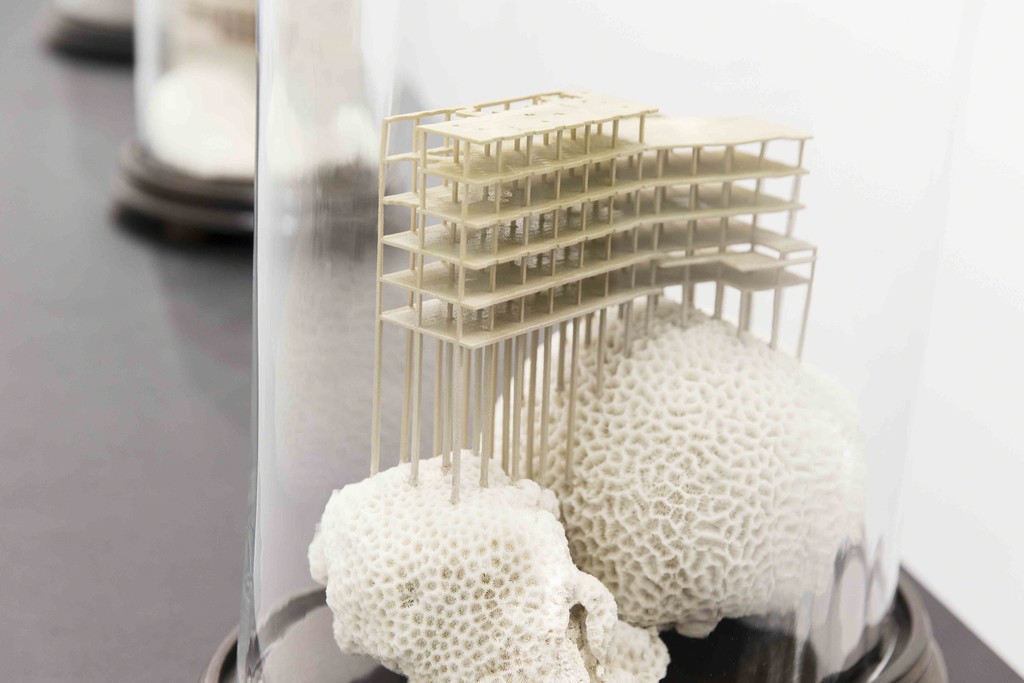 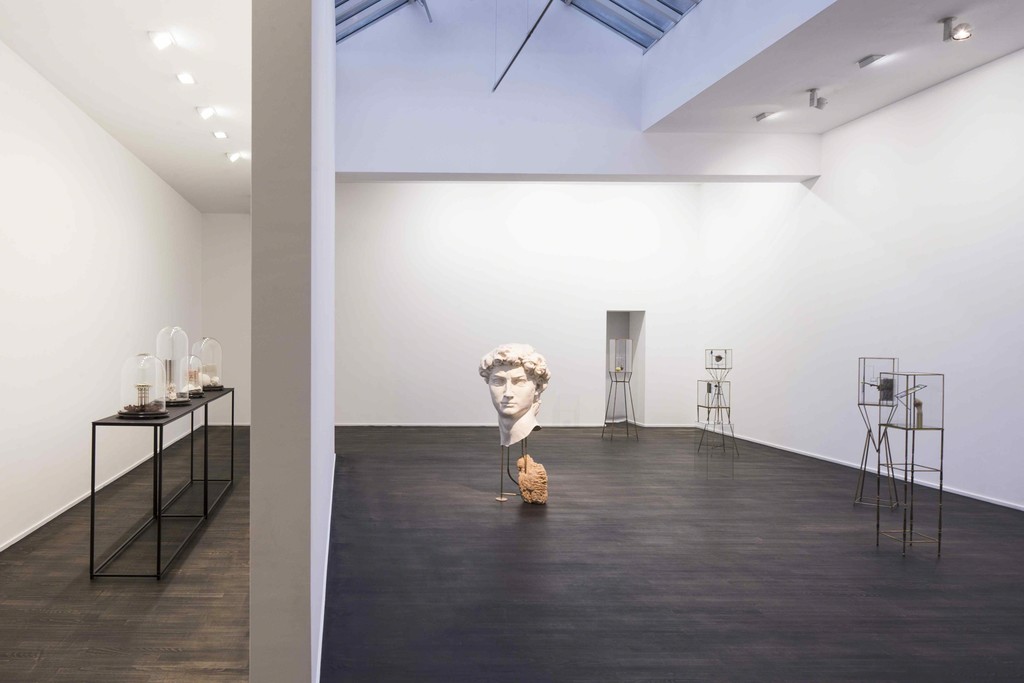 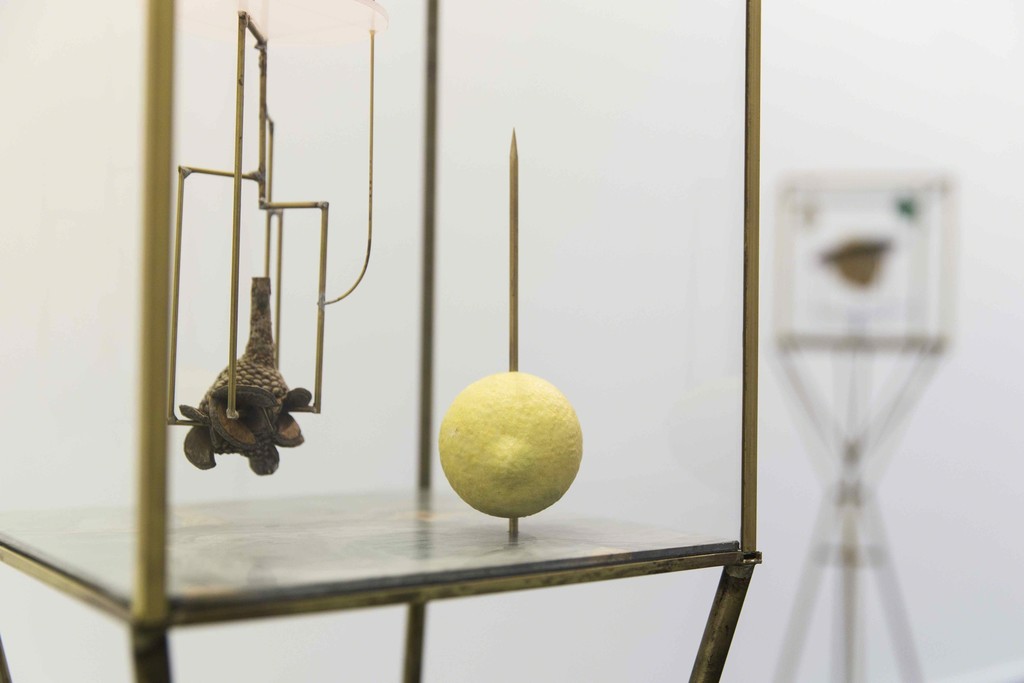 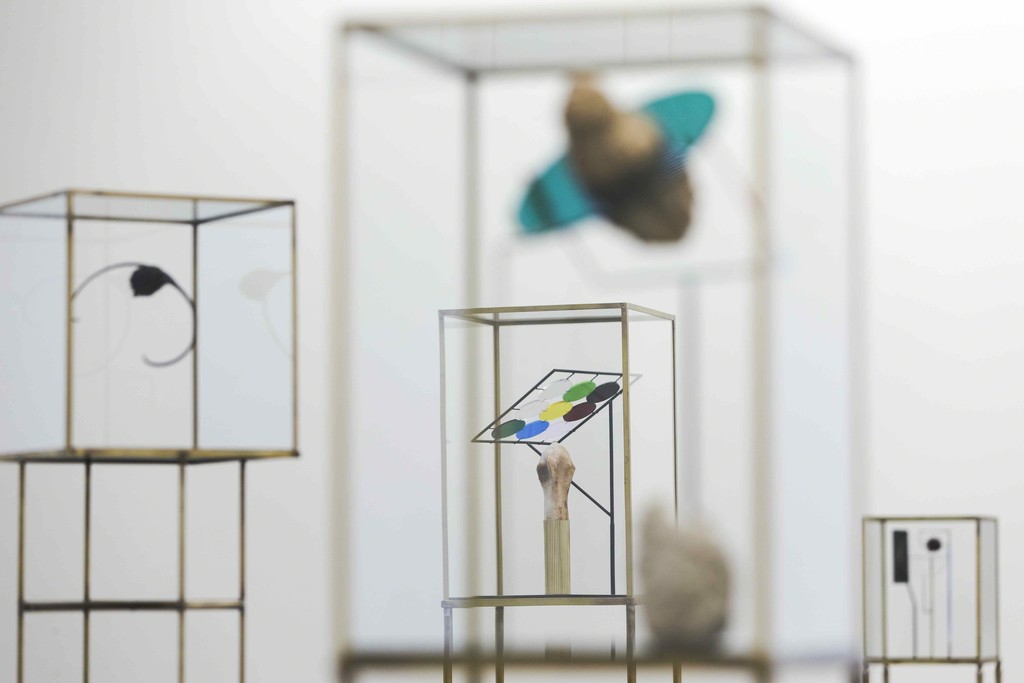 "Light, measured. One soon gets used to it." is the first solo show in Zurich of Italian artist David Casini.

The works by David Casini are reinterpretations of a synthesized and regenerated reality which includes new spatial dimensions and symbols. They present a plainly elastic perception of time that appears primed for unexpected backward and forward leaps. This malleable time trait, particularly well-suited for recovering artisanal styles and materials from past epochs, lends itself to the forming of futuristic visions with a scientific, or more precisely, alchemic accent.

The artist gathers objects with which he puts together and creates works bearing deep symbolic implications, owing both to the material used and the final composition, with the influence of his own personal imagination.

Casini’s body of work appears charged with an entirely new energy, one that enables unmistakably heterogeneous elements to coexist and become new symbols. Similar to a collector, the artist imprisons his finds according to curious geometries, resulting in delicate, almost impalpable, equilibriums.

The main protagonist of these geometries is brass, a material chosen by the artist for its elegantly retro preciousness. Like a musical score, the slender metal staves confer order to space: the full and the empty, the pauses and the choruses are all represented by light colored objects, as well as by organic and geologic entities that give rise to a harmonious listening experience for the eyes only.

The show’s accelerations and temporal inversions make simultaneous art references to the Renaissance (David by Michelangelo), the Modern (Fausto Melotti) and the Contemporary; all enclosed in a microcosm that draws the spectator to carefully observe details, quickly becoming absorbed in something familiar.

The Italian landscape, especially the artist’s native Tuscan background, is here reinterpreted and exalted through manual skill and the pursuit of a historic, almost extinct artisanal tradition. One example is the slabs, in stone from the Arno River, which form the base and backdrop of each case.

Although Casini's sculptures are articulated, emptiness is still the essential requisite that allows a more intimate observation of the elements and an exact reading of his musical score.