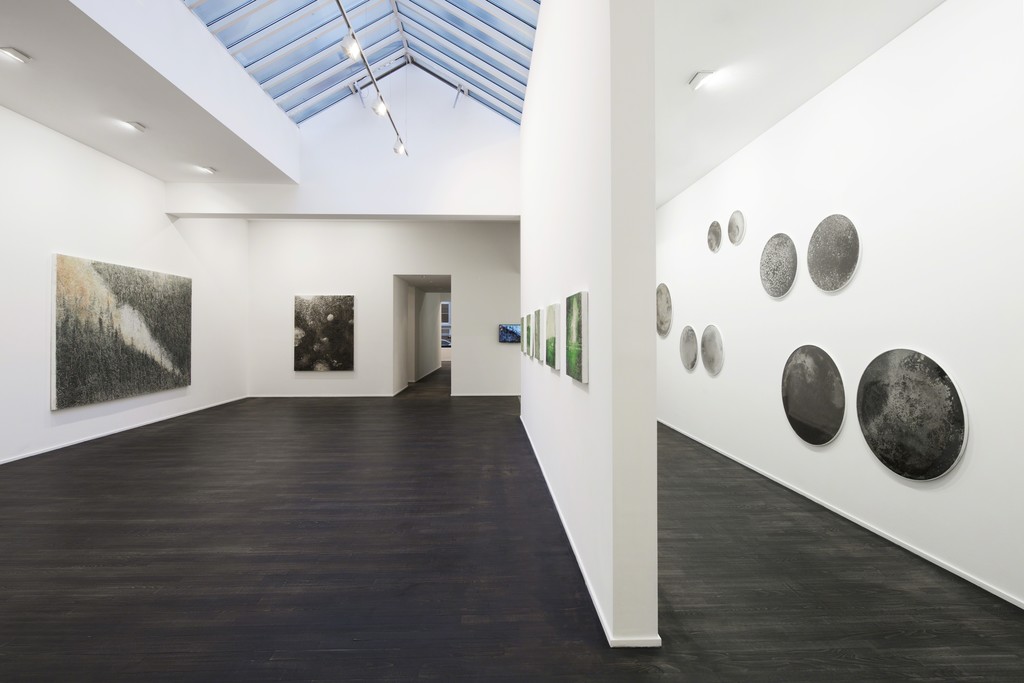 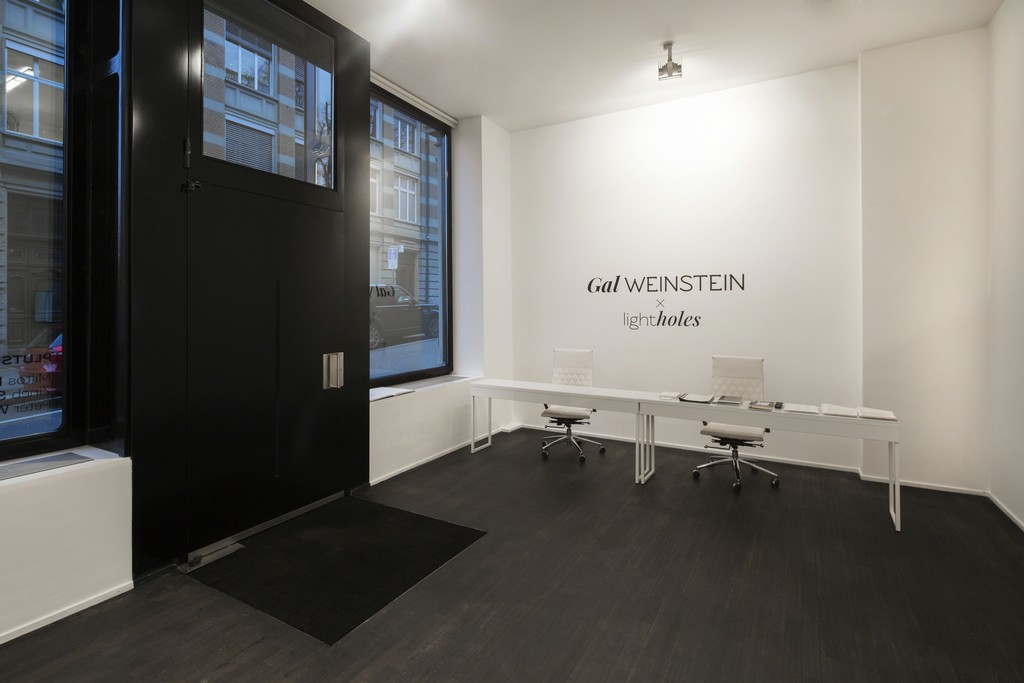 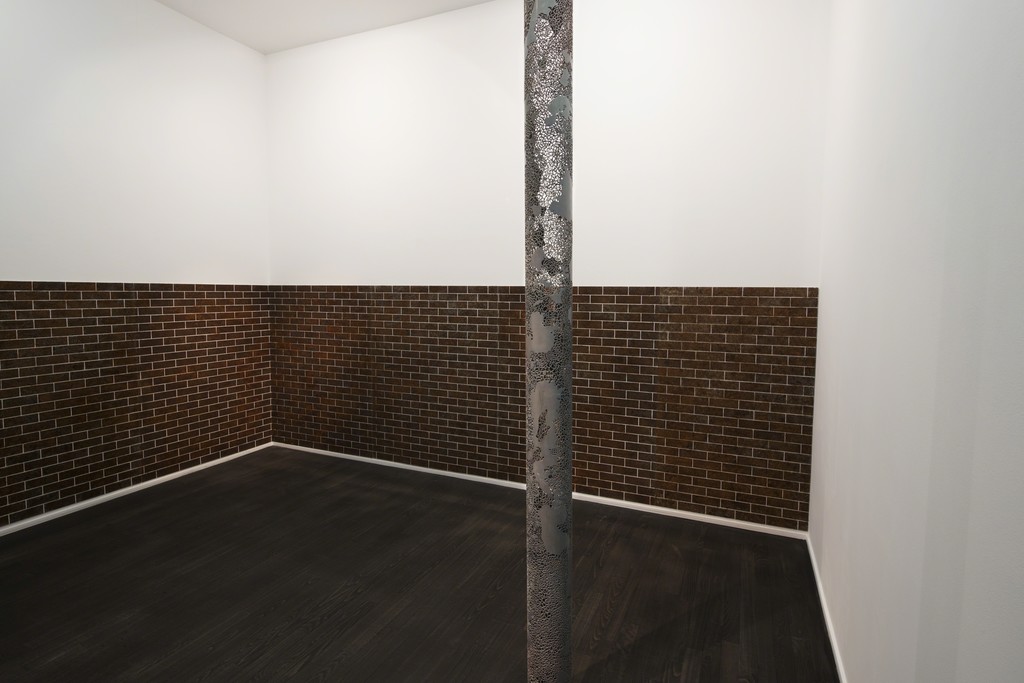 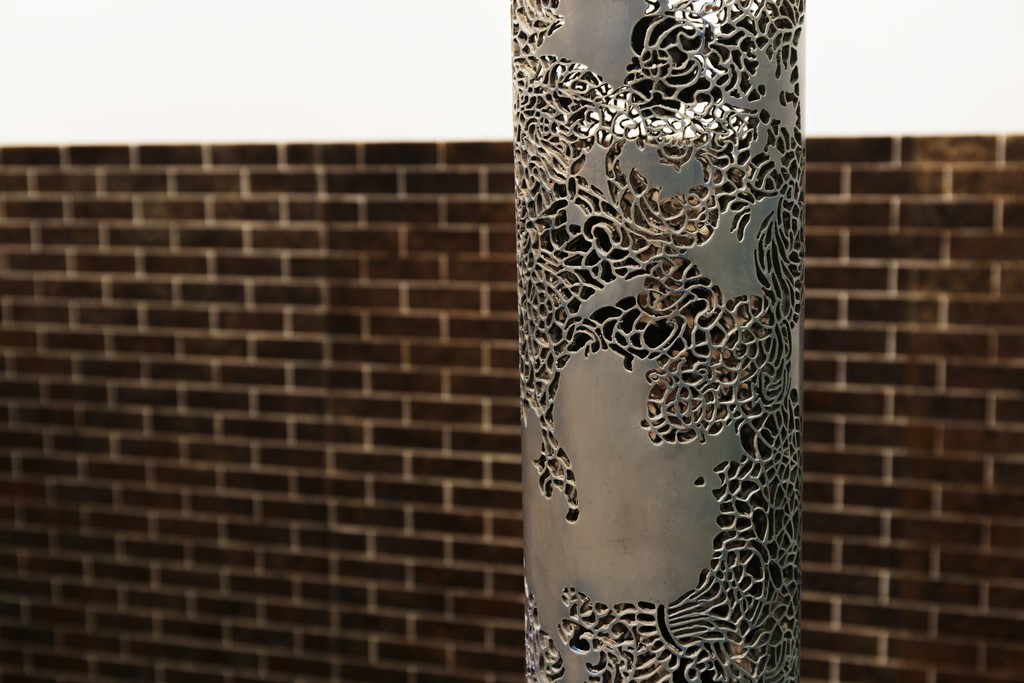 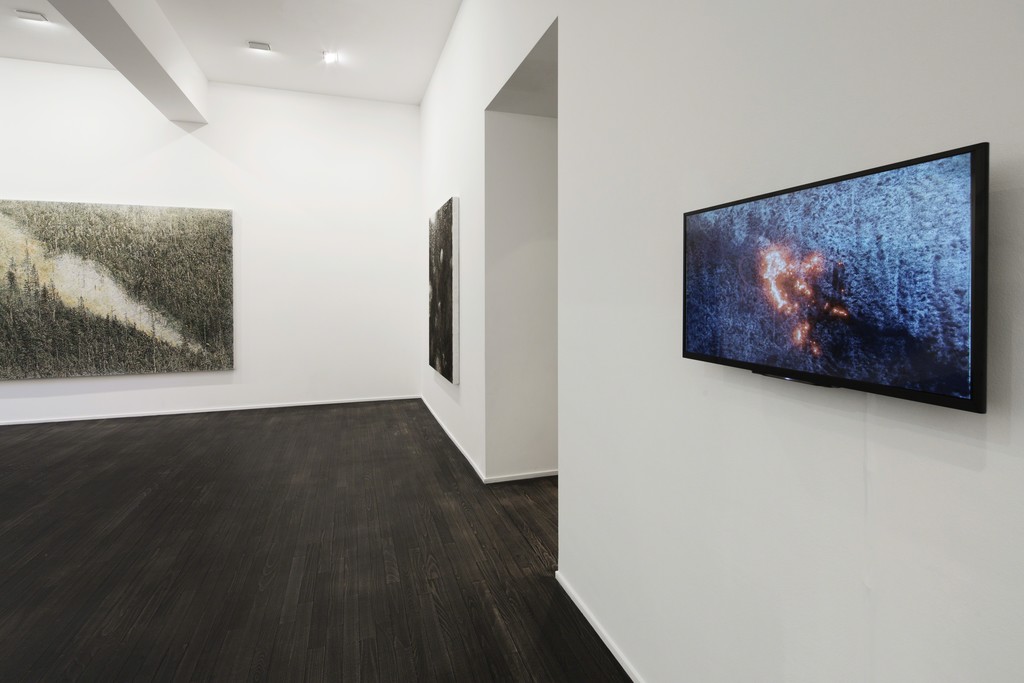 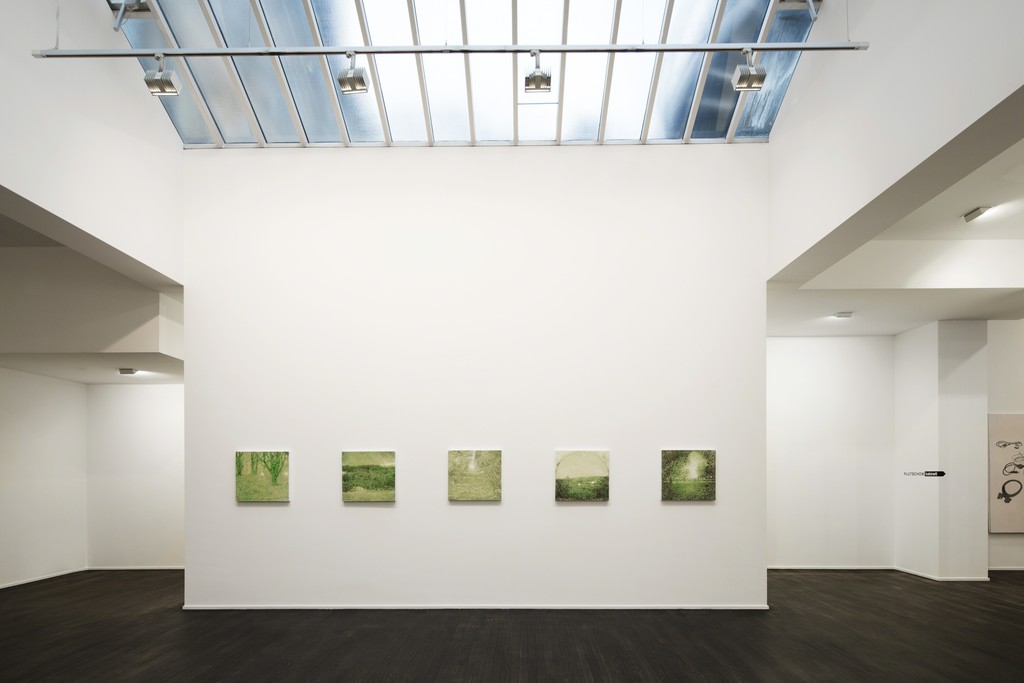 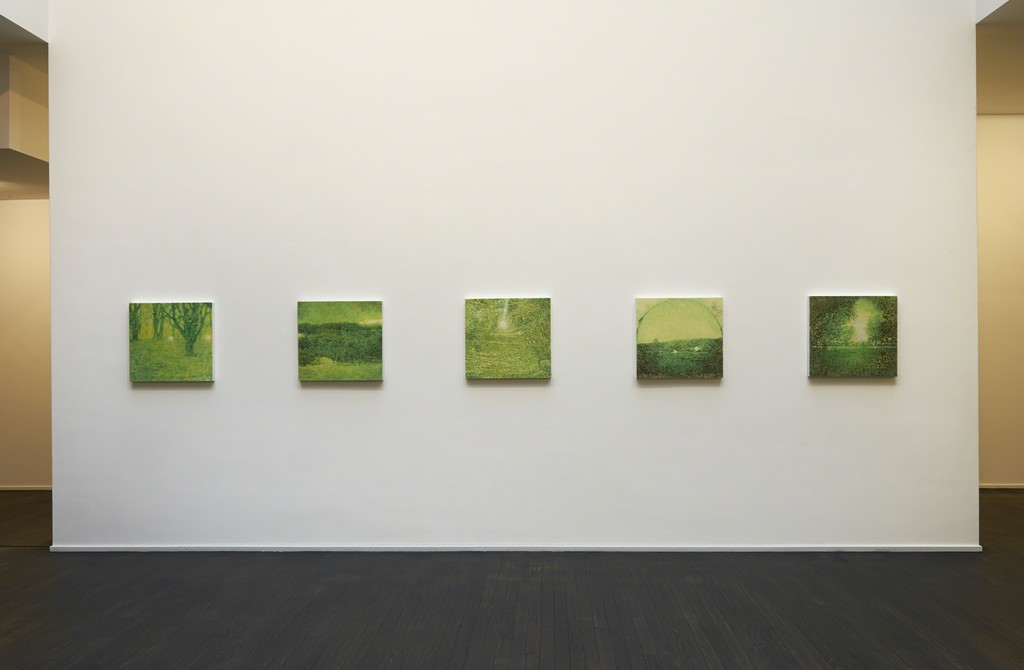 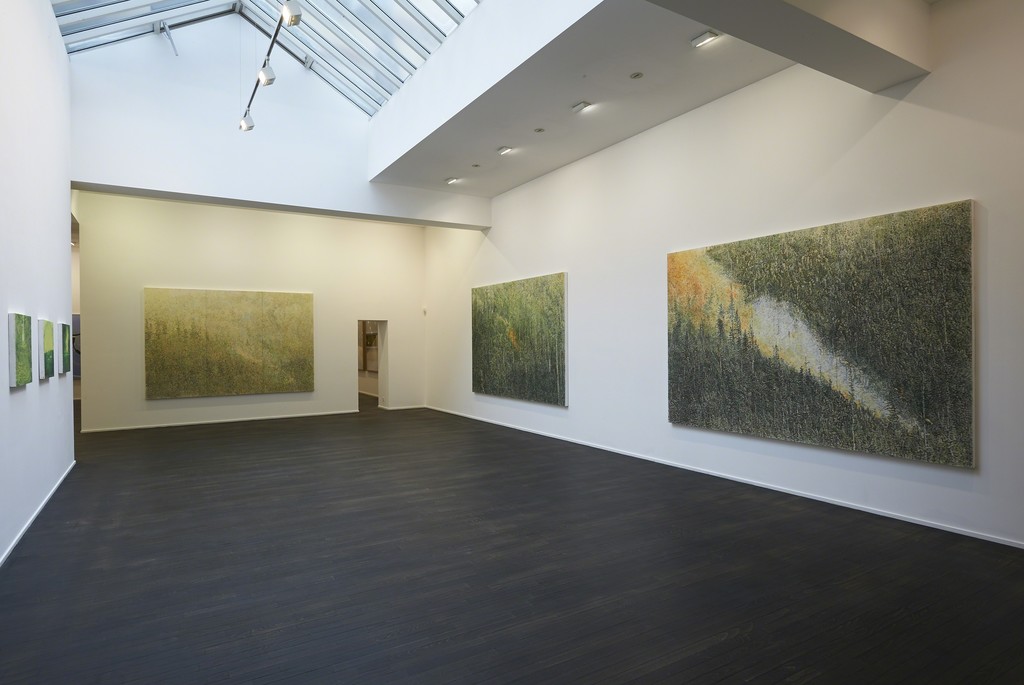 Gal Weinstein is one of the most progressive creative present day thinkers. Though his work is often understood in the context of the reductivist logic and industrial aesthetic of Minimalism, what is of particular interest is his method of using mechanical arrangement, subject only to articulate his awareness in the age of the Anthropocene. The Anthropocene is an informal scientific definition for a new historical and geologic epoch—one defined by humanity’s terrifying impact on Earth. The Anthropocene is about the consequences of the production and reproduction of the means of existence of social life on a planetary scale. Gal Weinstein takes as a primary object of thought something very basic: the means of production of social life as a whole. Using his artistic practice to interrogate and reconsider his environment along side ecological, social, historical, visual and virtual trajectories.
Weinstein maps cultivated landscapes including the phenomenon of the border at the discursive and at the concrete, physical levels, as it constitutes itself through the relationships between the two nations of the inhabitants of Israel. His long-term research project focuses on The Jezreel Valley – the mythological valley of Zionism’s heyday – that is a landscape icon, a distinctive symbol of the 1920 pioneering Zionist settlement enterprise. It is synonymous with productivity, with industrious rural rootedness, and with the marvels of modern agriculture. Weinstein’s strategy – to transform it into a camouflage net– interferes with the immediate context of this familiar image, eliciting disconcert and challenging the self-evident. This constant tension of duality characterizes his artistic practice revolving on various matters. Such as his ability to exploit the conflict between organic and artificial, as well as the rational and subjective, is a principle aspect of his work. This is evident in Jezreel Valley at Night (2015), where he creates the pattern of panoramic view out of coffee-mold in all states of flux. Thus, the recreated micro-ecosystem is applied on a MDF board. The diagonal Coffee Cup series were constrained with the similar time-based method in order to redefine the disapproved matter.
Likewise, Weinstein captures the spread of a forest fire in his recent series. The Ignition is an experimental attempt to analyze a natural disaster by illustrating its chronology in itself as a paradoxical effort. But here the artist reverses the process, igniting a steel wool sketch of a forest. Surprisingly, although the steel wool burns, it is not consumed; the forest remains intact when the fire dies out. Only with steel wool, a material associated with Weinstein, can this effect be achieved, enabling him to shoot four different fires lit on the same sketch. The flame functions as a moving pictorial image voiding of bare representation.
In taking up the notion that art is both the physical and the conceptual, Weinstein joins them ontologically, thus giving the expression to the phenomenological view that the perception of eyesight has always been questioned and finally only sensual experience gave a perfect conviction. Weinstein calls the painting, The Incredulity of Saint Thomas by the Italian Baroque virtuoso Caravaggio. He explains the subject of the masterpiece as a universal human characteristic, which has been enforced radically in our image-dominated present. The highlighted works of Filling Holes (2015) is not only an expression of touch and signal, but in their formal appearance also a code of a vast secret surveillance apparatus. Yet Weinstein has also
 
regularly returned to landscape wool painting in his Night Vision series through night vision binoculars.
For his first solo show at the PLUTSCHOW GALLERY, the Israel based artist enters into dialogue with the architecture of the space, presenting a site-specific installation with a rusty pseudo-brick wall and a bizarre column-like sewer pipe. It combines the structure of the repetitive, rigid rectangular grid with the cylinder. Thus, Weinstein's 'authentic' or 'natural' use of the known qualities of his work materials (like the oxidation of steel wool) is not channeled towards the utopian, but rather functions as another stage in constructing the illusion between matter and form.
Gal Weinstein (1970) earned his international reputation at the Sao Paulo Biennale (2002) with Roof/ Telhado work, participated in The New Hebrews at the Martin Gropius Bauhaus, Berlin (2005), at the 54th Venice Biennale (2013) and at the Thessaloniki Biennale (2013). He had a solo show at the Helena Rubinstein Pavilion of the Tel Aviv Museum of Art (2005) and at Kunsthaus Baselland, Switzerland (2011) among other institutions.