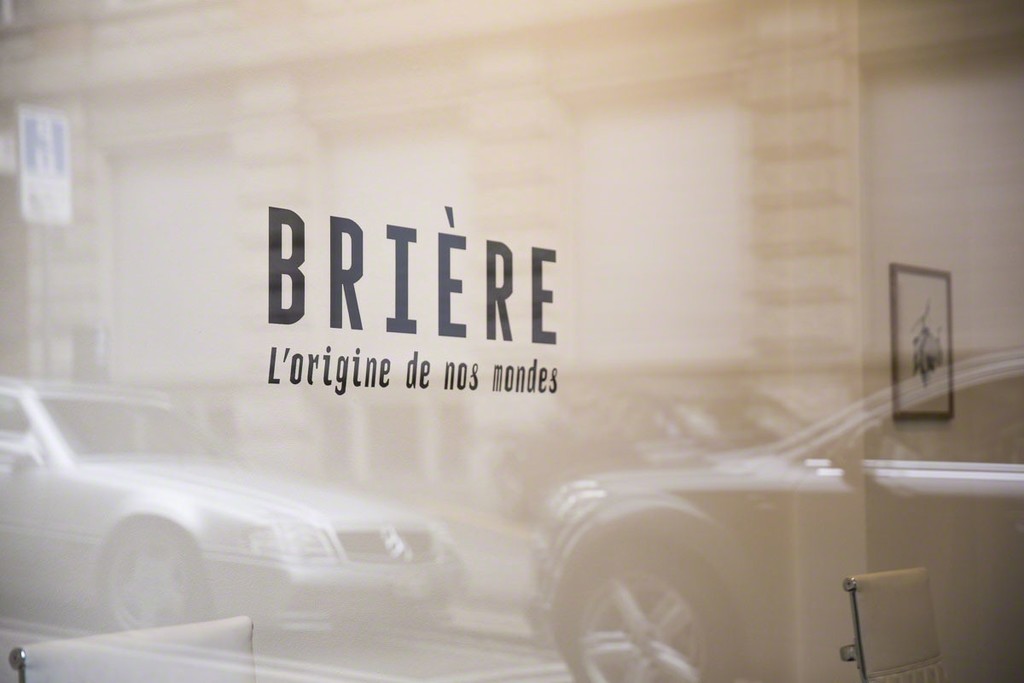 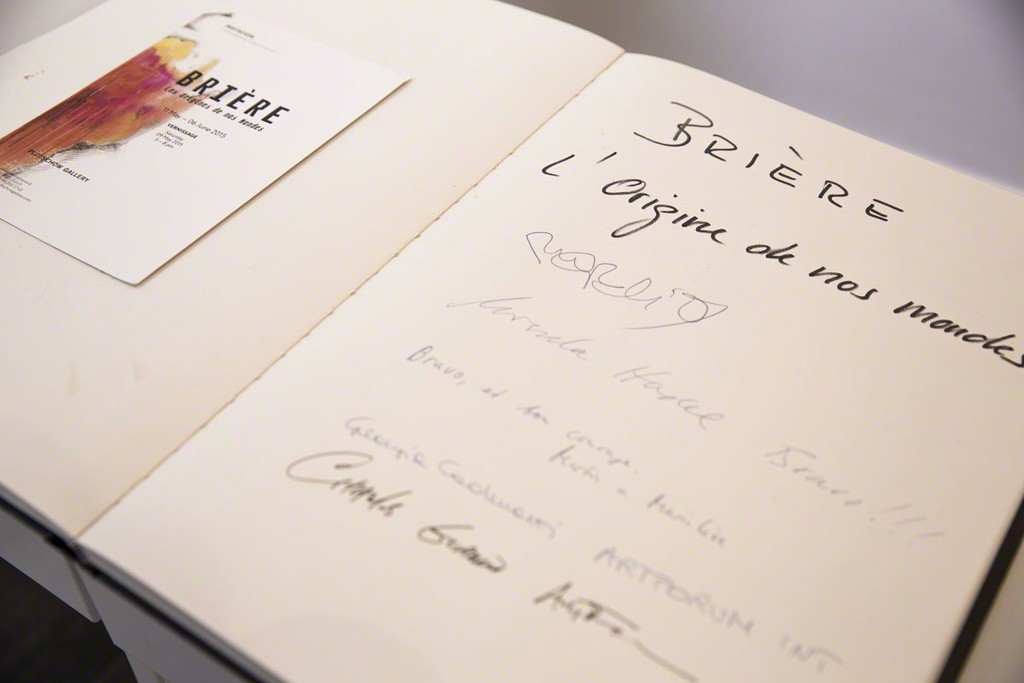 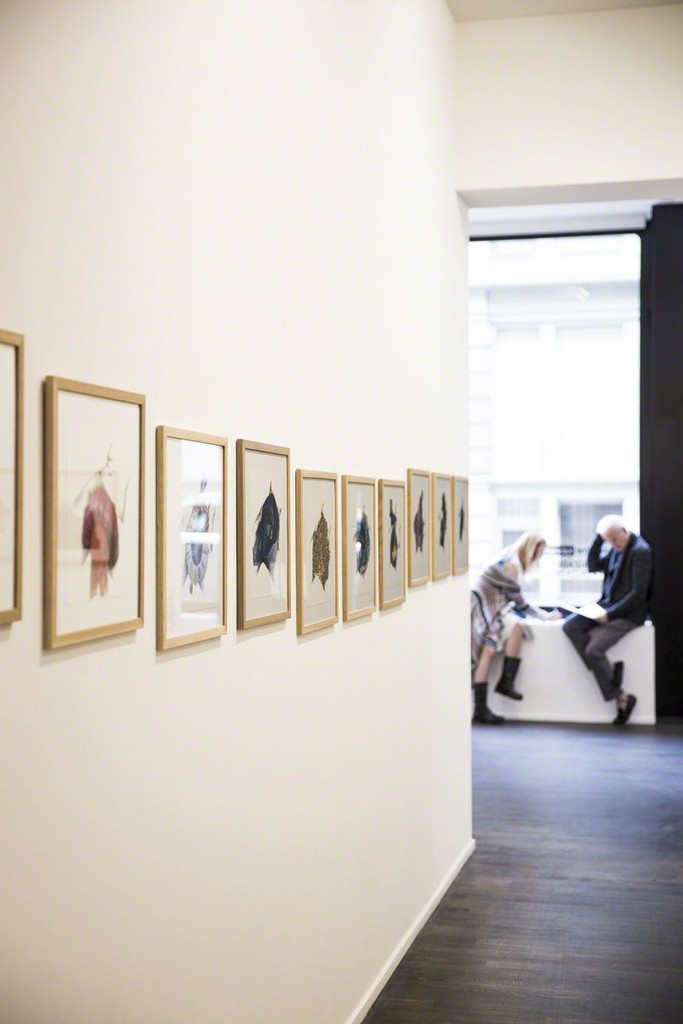 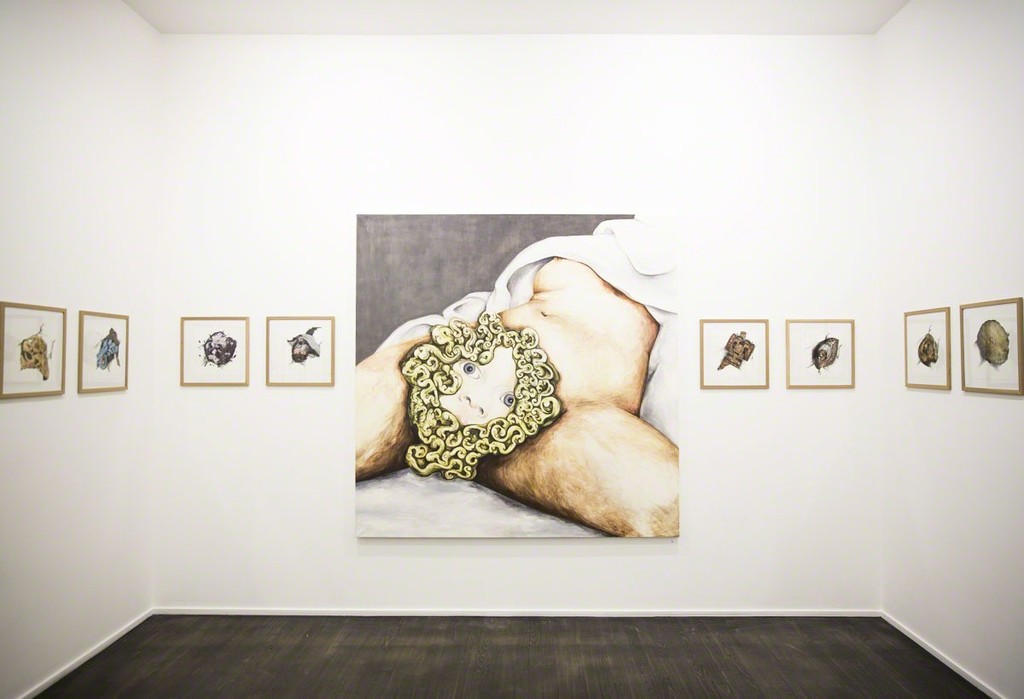 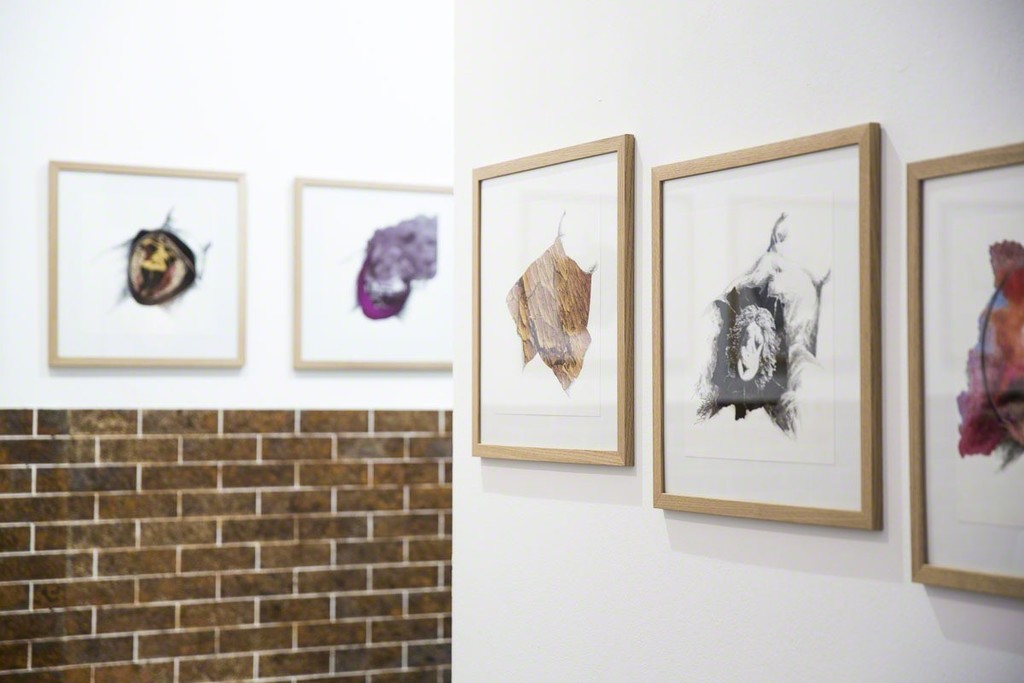 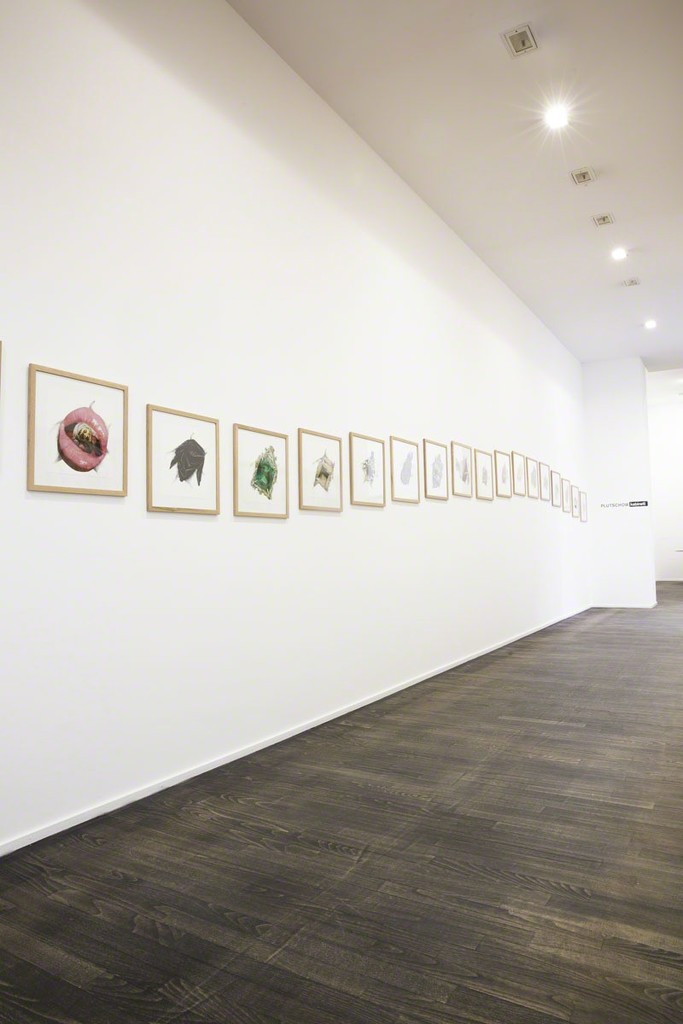 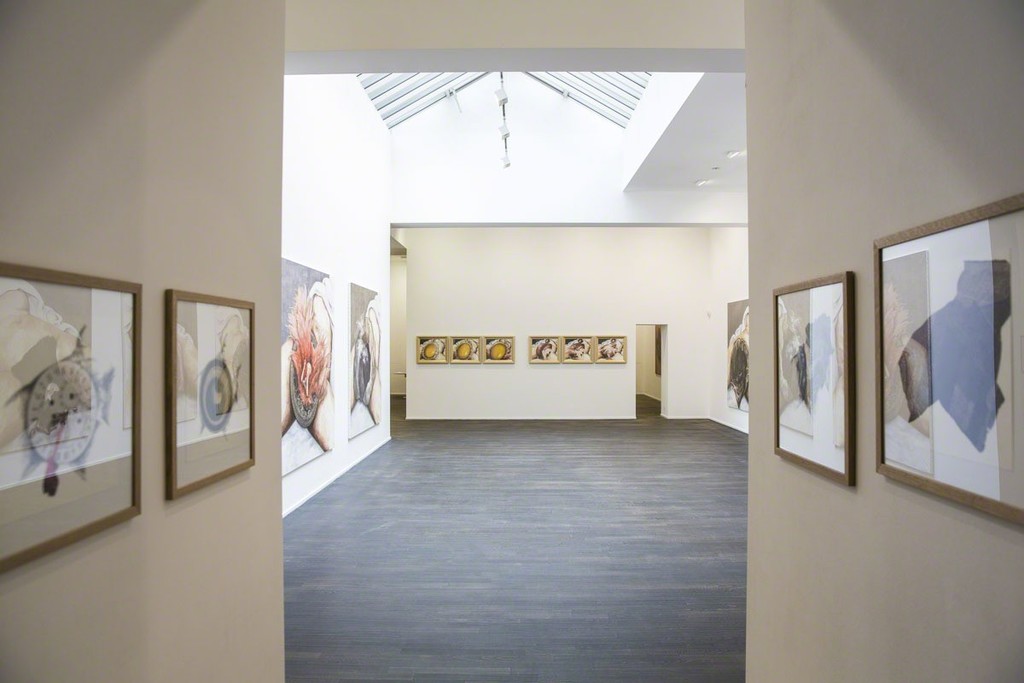 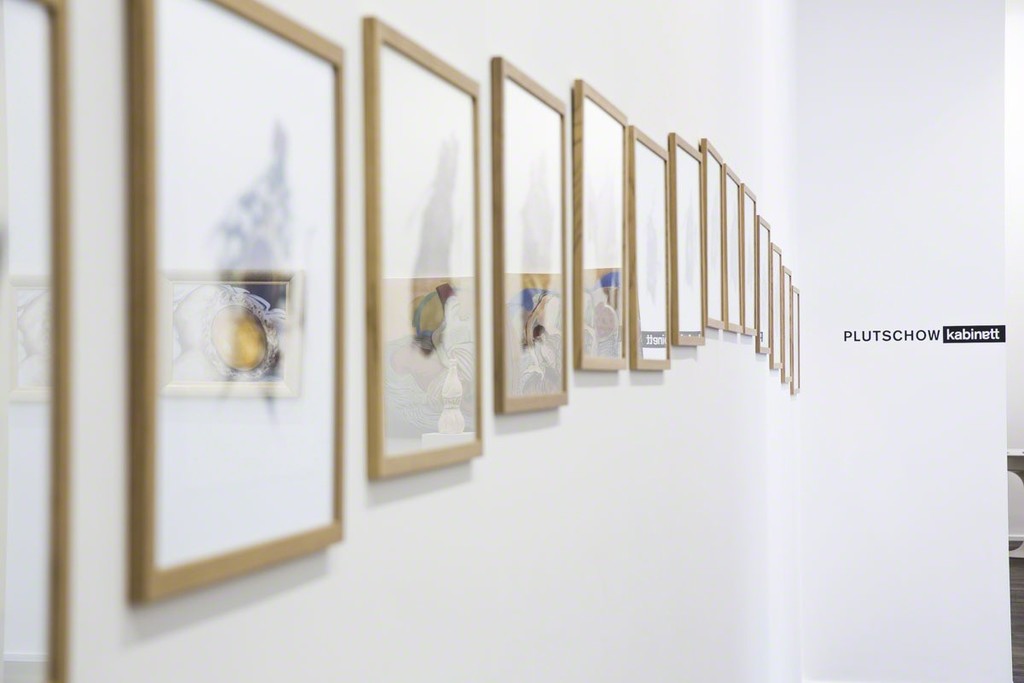 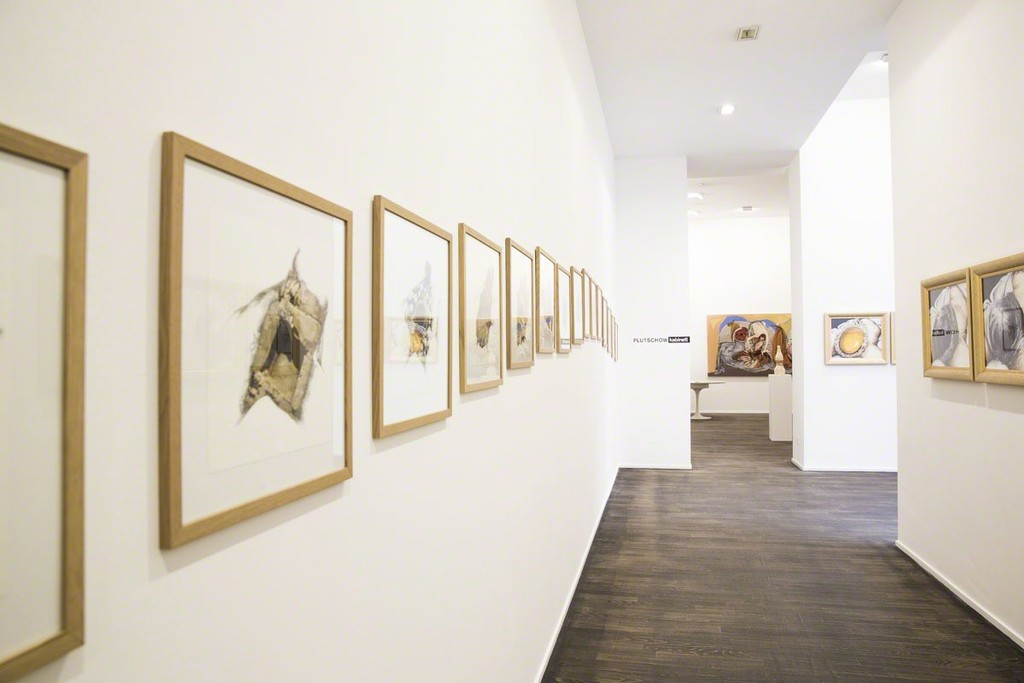 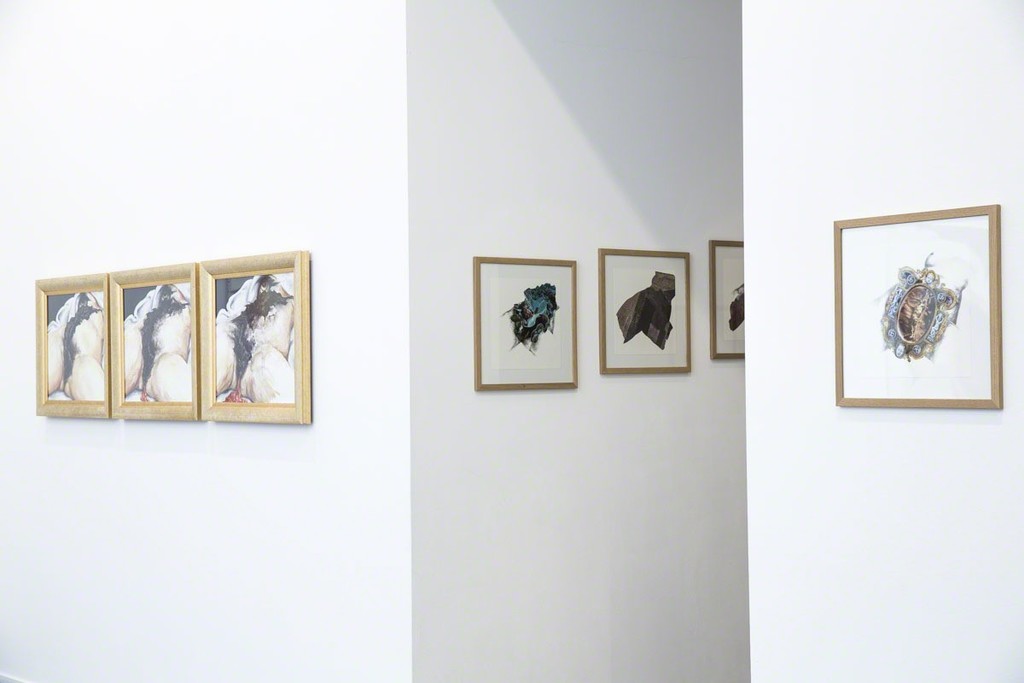 The artist Brière tells us: "In 2008 in Zurich, on the model of the Origin of the World for the first time, I drew the anatomical interior of the woman's organs. Considering this work, I realized that this body was a receptable, as the common denominator to various worlds. These worlds become visible through thousands of universal images. The univers of all possibilities regarding creation was thus offering itself to me."
Why "the Origin of the World" according to Courbet? If it is still difficult to assert that the title of this masterpiece comes from the painter Gustave Courbet, the fact remains that "The Origin of the World" is the essential problem, it is moreover why for more than 150 years, it has been giving rise to an uncountalbe questioning: is it the place of birth? The origin of humanity? Of the world? Of the painting? A symbol of creation? Or does this work only represent a man's look on the sex of a woman? It is exactly in this field of tensions that the spectator is at the same time facing a realistic sex and a highly symbolic sex. So because of the conflicts and the fantasies that it did not stop provoking, this work has become a world icon, as it is for Jeff Koons: "looking at "The Origin of the World", we are at the same time confronted to the consciousness of the desire and of birth. Therefore, we are also faced with our own mortality, it is the alpha and the omega."
Why "The Origins of our worlds"? We all work with a visible and an invisible part of ourselves, to which our conscious and unconsious functions, the truth and the forgery, the rational and the enigmatic, etc. are connected. By appropriating this picture "The Origin of the World", the artist Brière wanted to represent the invisible through this body, pushed by the insatiable desire to lighten these multiple and paradoxical worlds which make of us what we are. For her, this body goes from consciousness to unconsciousness, from the image to the symbol, from the constructed to the discontructed, from immobilism to movement, from life to death, from acceptance to discharge and from feminine to masculine. This is what these hundred of collages, triptychs and figues show us through a work which invites us to a strange journey of crossed looks in the course of which the one who is "looking at" becomes the one who is "the looked at" and the one who is "the looked at" becomes the one who is "looking at". So it is in this constant back and forth movement that the artist's inspiration raises the question of the pecularity of the first universal origin, and its confrontation in the multiplicity of the origins seen as many of own worlds locked as we are in our perpetual, psycho-psychanalytical I/me/us.
In the creative unwound of the artist Brière, the collage is first. It is the result of a process by which cut images are incorporated to the drawing of Courbet's "The Origins of the World" body from the drawing of the dominant will to be in a perpetual renewal, which explains the multiplicity of the productions. It is thus an association of images without any preliminary intellectual construction aiming at arousing the release of a stream of spontaneous feelings within the one who is "looking at" as much for his perception as for his mental representations. The entire work leads into a pictorial metamorphosis arising from the statics of the painting and managing to create a visual movement suggested by the collage and the painting. It is this artistic wager what the triptychs are going to carry out to their maximum.
PLUTSCHOW GALLERY GmbH T +41 43 268 57 43 [email protected] Waldmannstrasse 6 F +41 43 268 57 44 www.plutschowgallery.com CH-8001 Zürich
Switzerland
                 
The triptych consists of three paintings in the exact proportions of Courbet's "The Origin of the World" of 46 x 55 cm. It constitutes the space on which the collage first realized by the artist is going to come to life in a dynamics of movement by which it articulates and livens up itself. So for the artist the triptych represents the prime energy: that of life, where everything builds itself and get deconstructed.
The size of the figure paintings is 200 x 200 cm and aims straightaway at confronting the public with the monumental intrinsic origin of all, namely: the Universe, from which we cannot separate the beginning from the end. According to the artist, it's the same with the human body which is also huge and can alternatively be captivating and intrusive, donor of life and death and so give birth to the unspeakable as well as to the visible excess, to the light as well as to the dark, the abstraction as well as to the simple making.