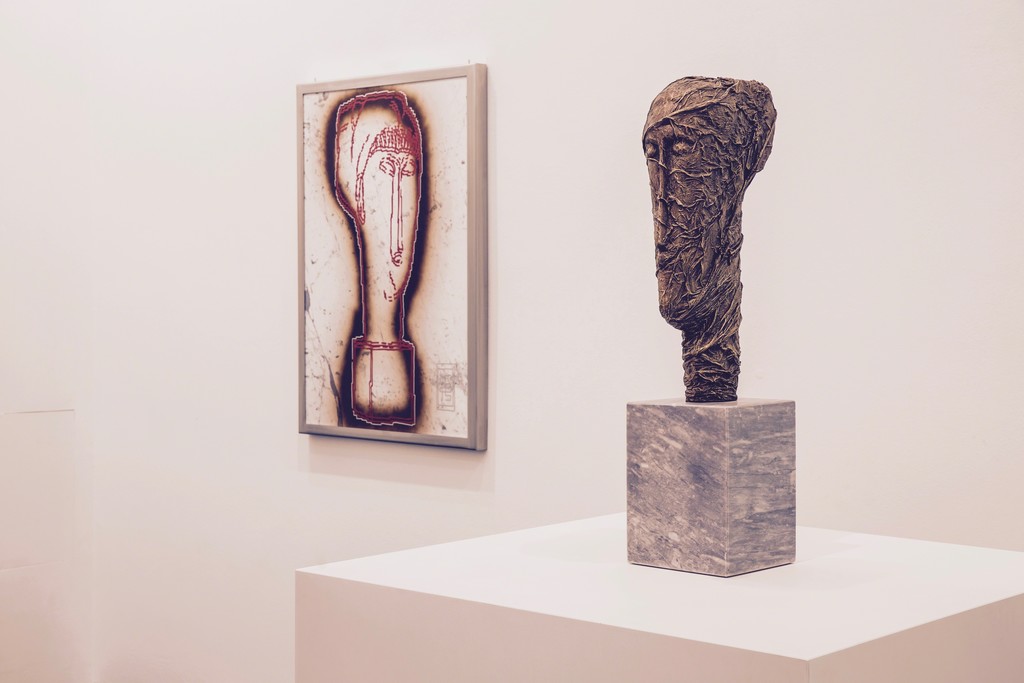 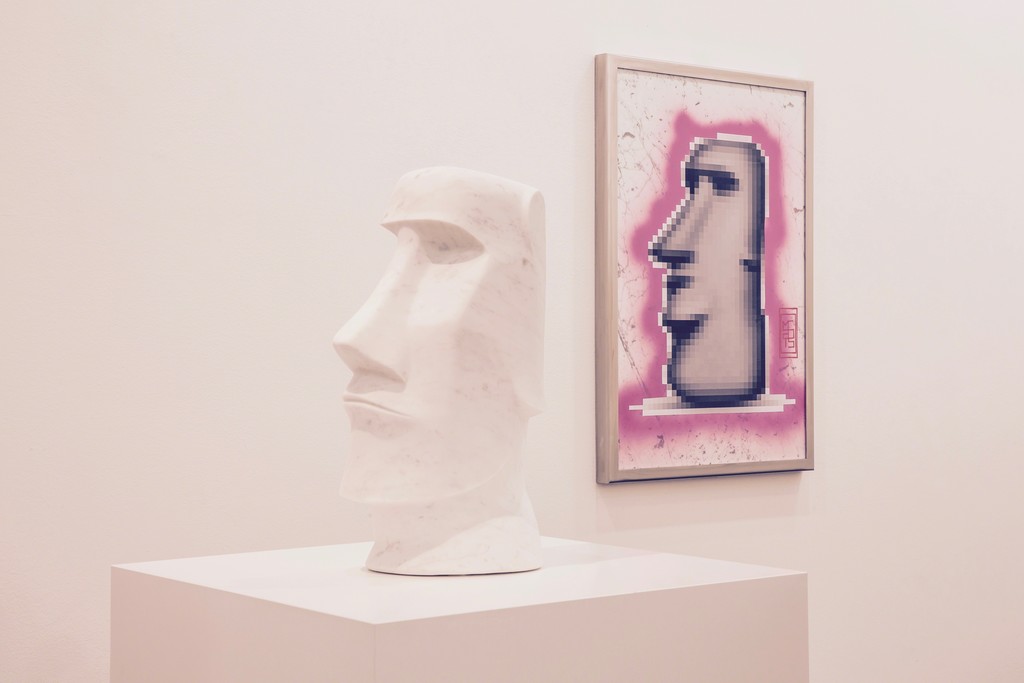 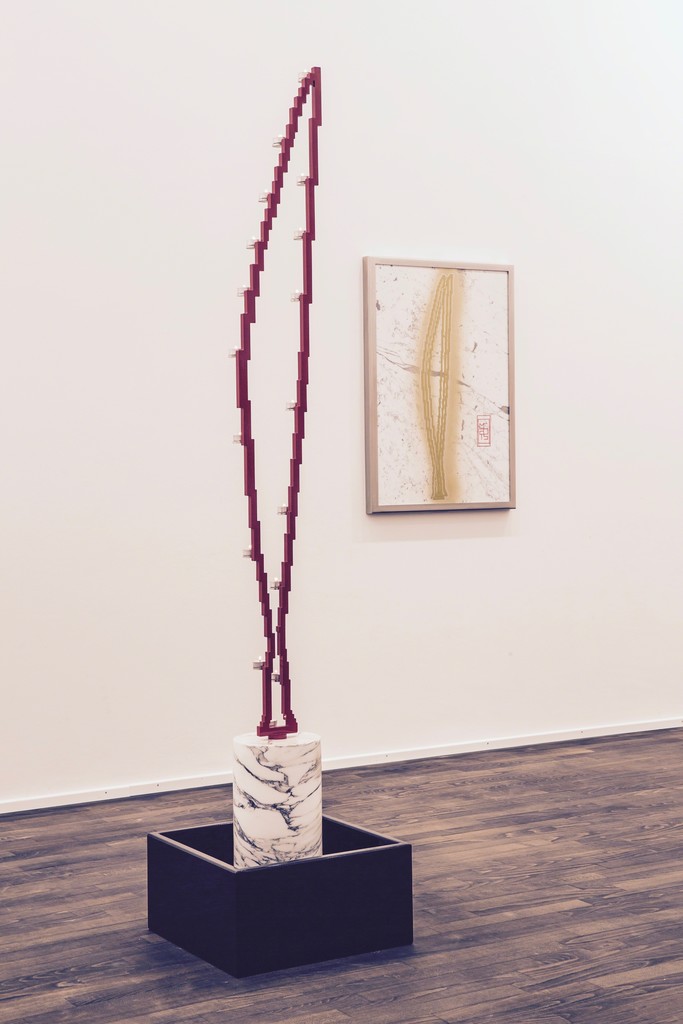 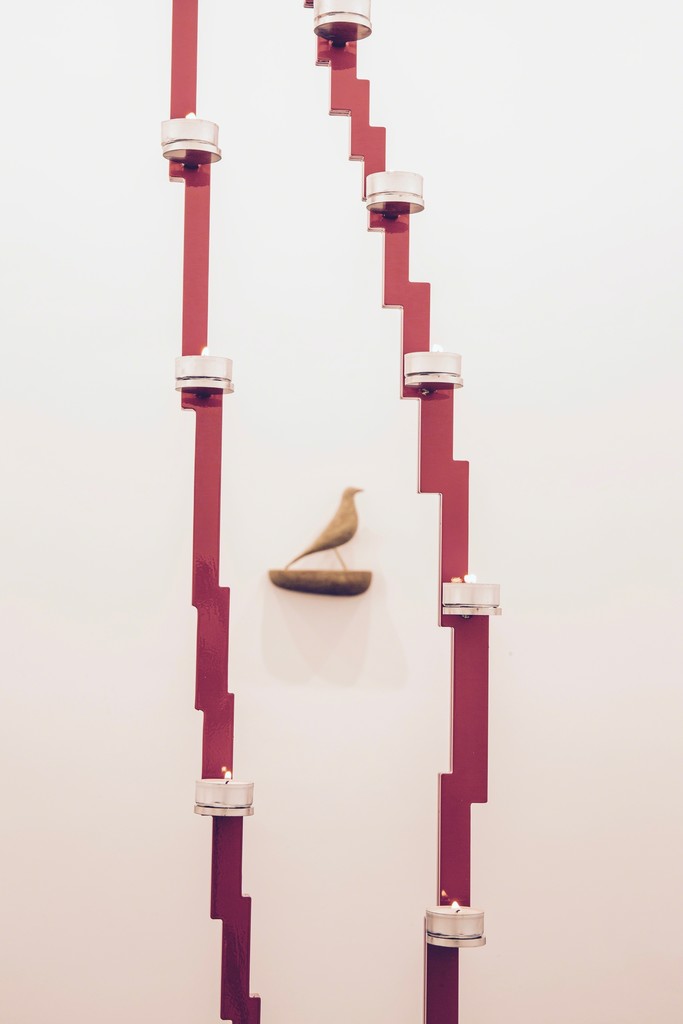 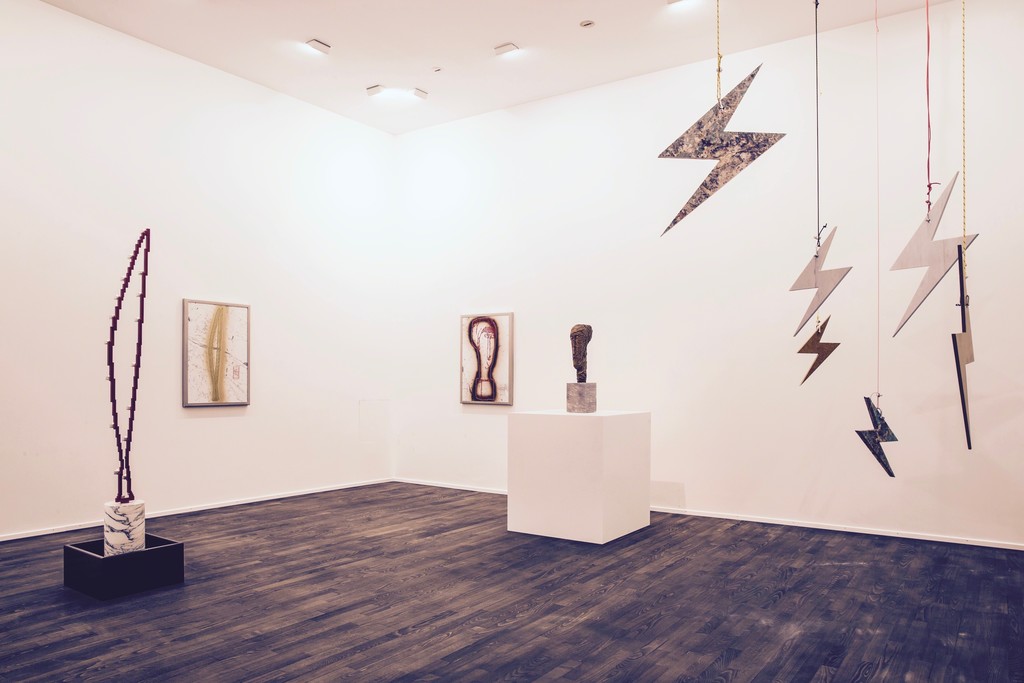 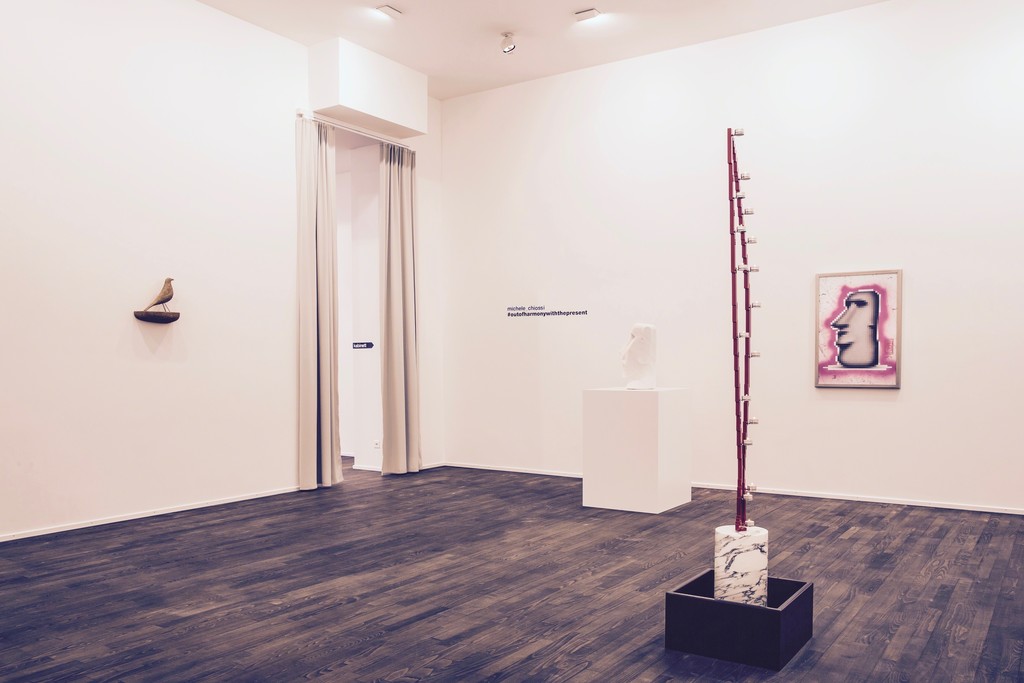 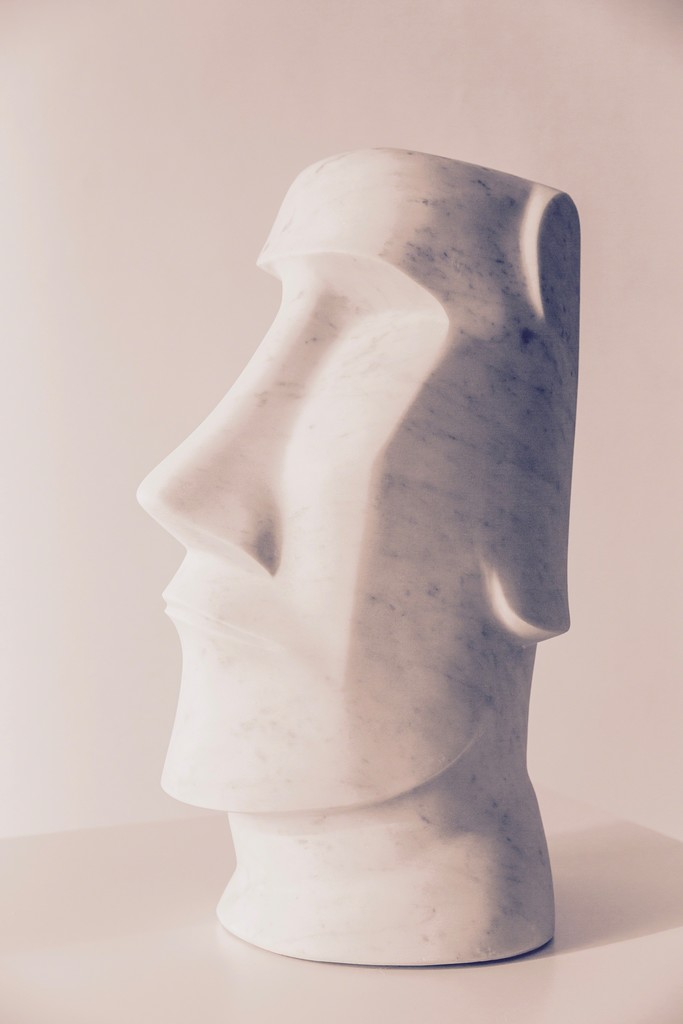 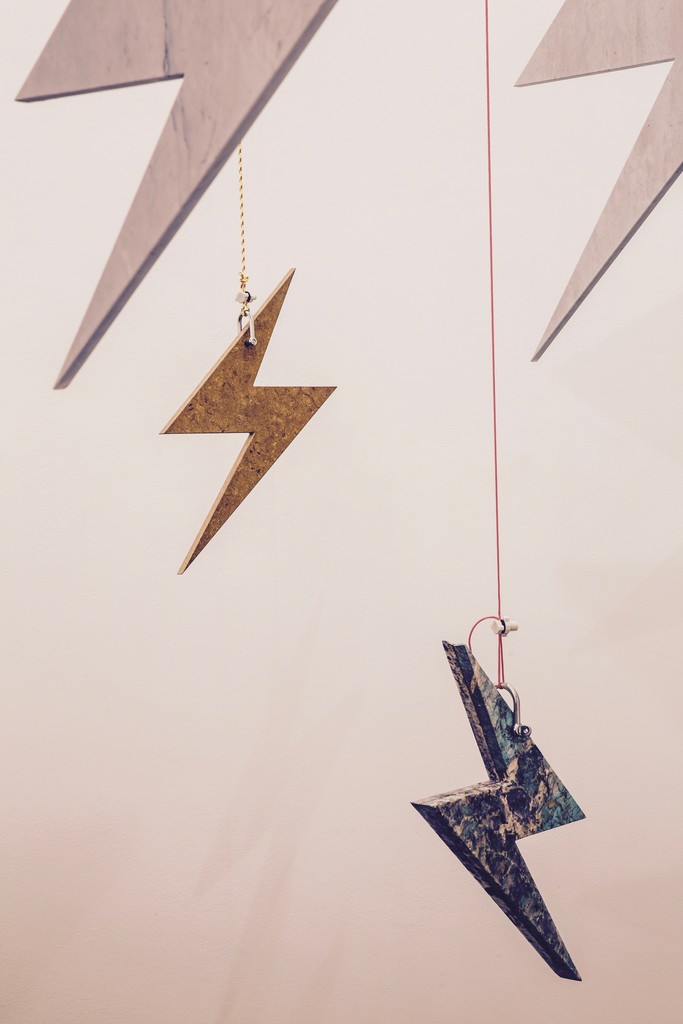 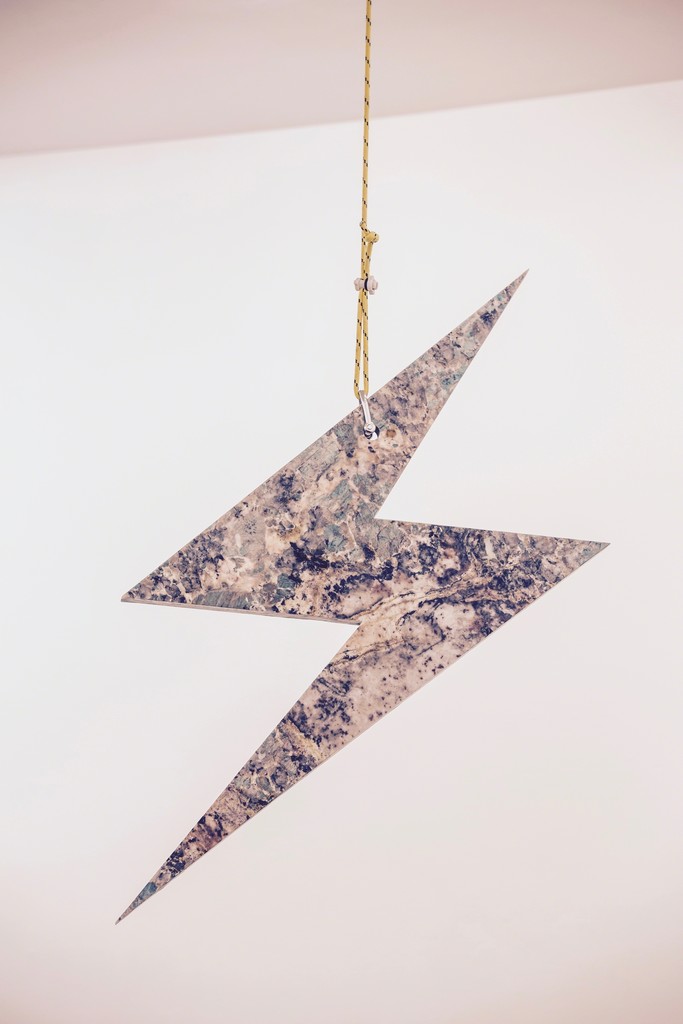 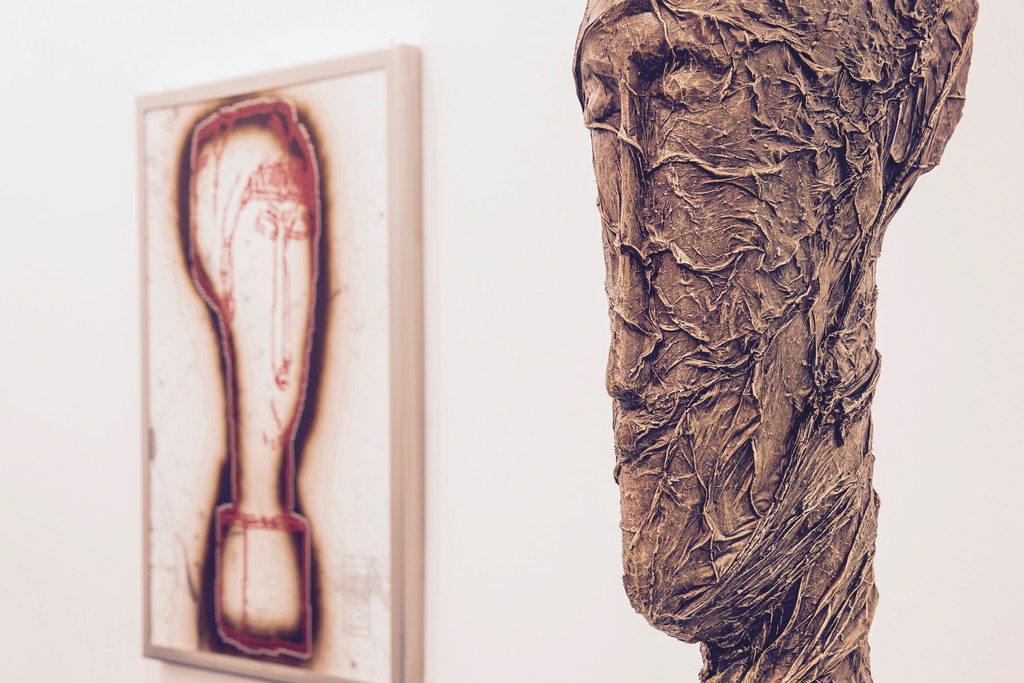 #outofharmonywiththepresent, is an hashtag, a small slogan which Michele Chiossi chose for the social media campaign of his book Syrinx. It was treated by an intuitive definition which Hans Magnus Enzensberger condensed as synthesis of the contemporary in his essay Zig Zag, on time, on power and style. By becoming title of this exhibition, it creates a new chapter of linguistic survey on scultpure for Michele Chiossi and for his three-dimensional research.
It is more precisely on the primitive style sculptures which Modernism tackled both in art and design, up until the actual digital graphics of emoticons.
The taste for totemism, for primitivism was affirmed in the historical avantguarde of the 20th Century as a rediscovery for new lost aesthetic affirmations. They form a long line of artistic survey which Michele Chiossi, who was also influenced by an historic portrait of Tristan Tzara with a collection of tribal sculptures, has tackled with special tributes to Brancusi, Modigliani and the Eames brothers.
The tribute to Amedeo Modigliani is "Modì-sigaro Toscano", interpreted like his explicit hommage and portrait through one of his archaic Tête, newly modelled with tobacco leaves of the Tuscan cigar excellence of "Author’s Sigar", for which the Manufacture of tobaccos of Lucca, has dedicated an important package of cigars as an hommage to italianity as well as to his genius and style which Amedeo Modigliani personalizes - and who actually for the entire world is known as “L’Artiste Italien”-.
The “Bird in Space” Reflections is the silhouette of the homonymous sculpture by Brancusi, which is read again across the zig zag line, the trade mark of the Chiossi who realizes it freehand, and who combines the two primary elements: water and fire, through the bath mirror on which it rests and by the tealights that enlight the work itself, as a reverie of Bachelard’s poetry.
This piece contrasts with the House Bird of the Eames brothers which rains on the Corniche by the Bouroullec brothers, and both are moulded in breadcrumbs, confirming “la milanesità” of the schnitzel as an allusive and direct focus on the design culture, the core element of the lombard city.
PLUTSCHOW GALLERY GmbH T +41 43 268 57 43 [email protected] Waldmannstrasse 6 F +41 43 268 57 44 www.plutschowgallery.com CH-8001 Zürich
Switzerland
                 
The graphics of the emoticons and also the communications of Messenger e Whattsapp, identify the subject "sculpture" with the iconic profile of the monolithic moai, Emoji statuary statue symbol of Easter’s island, which the artist has realized in the classical sculpture material, the white Carrara marble, to demonstrate all his strength and the contemporary classicism.
Amongst the icons of the emoticons Michele Chiossi has sculpted the known and stylished lightning, symbol of high tension and the flash, which refers to the geometry and the postmodern, a sign which the group Memphis used in their patterns, and, in this exhibition, it is an abstract signal in space. Installed like geometric mobiles, which hang and falling from the ceiling, they are realized in various measures as well as in various nobel materials like the Amazonite marble Bardiglio and Terrasanta.
Three big drawings on marble slabs reproduce the subject matter of the show, in a street style technique, and thus, reaffirm the images, the subjects and the mood of #outofharmonywiththepresent.