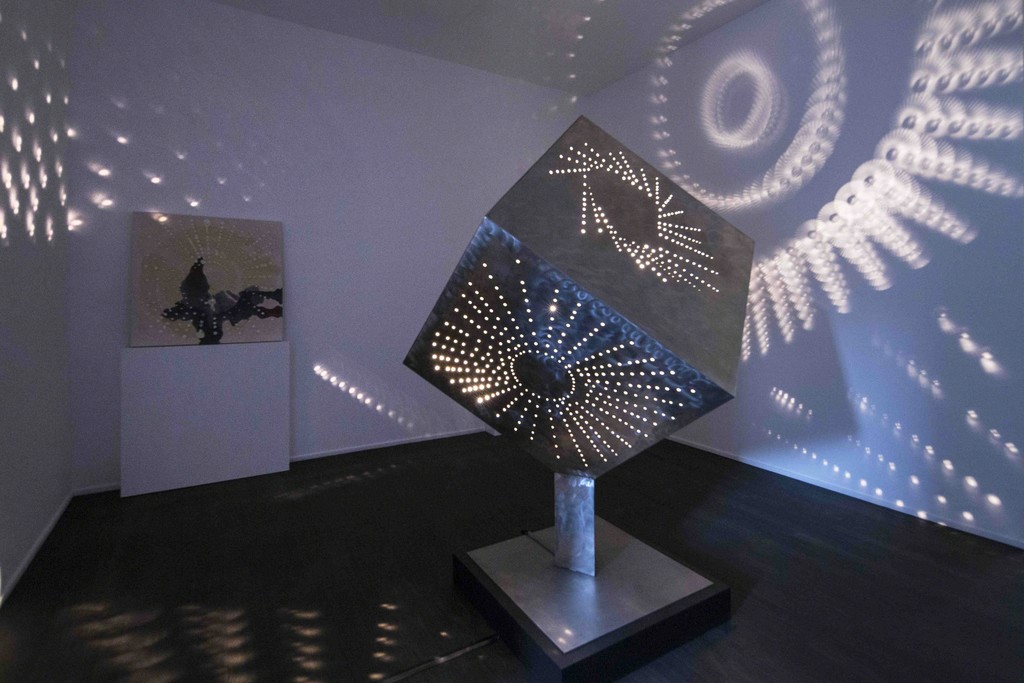 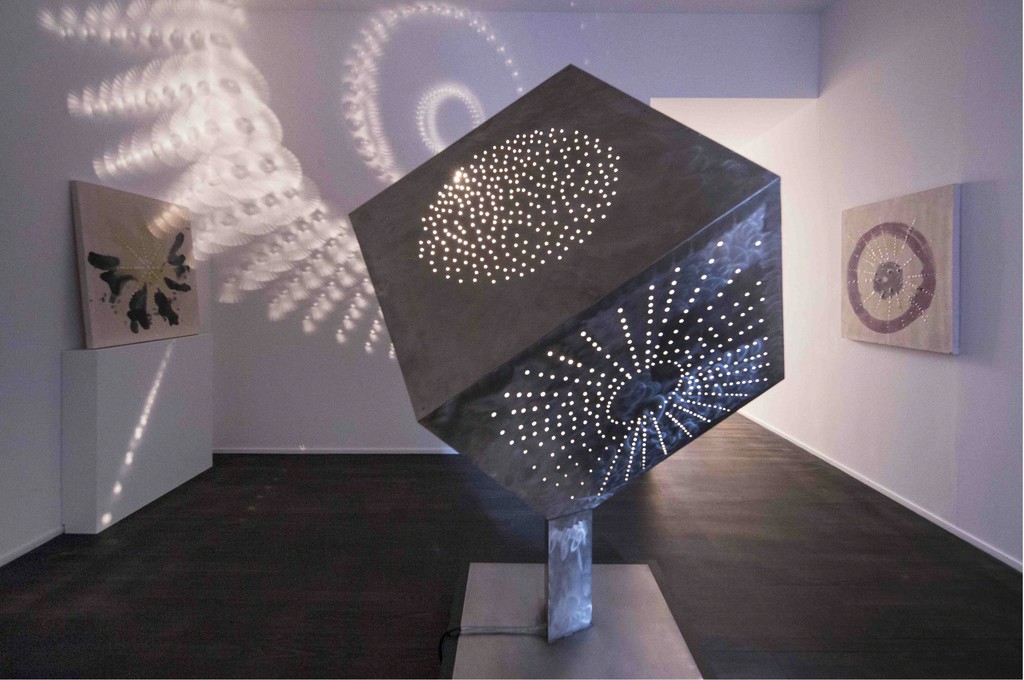 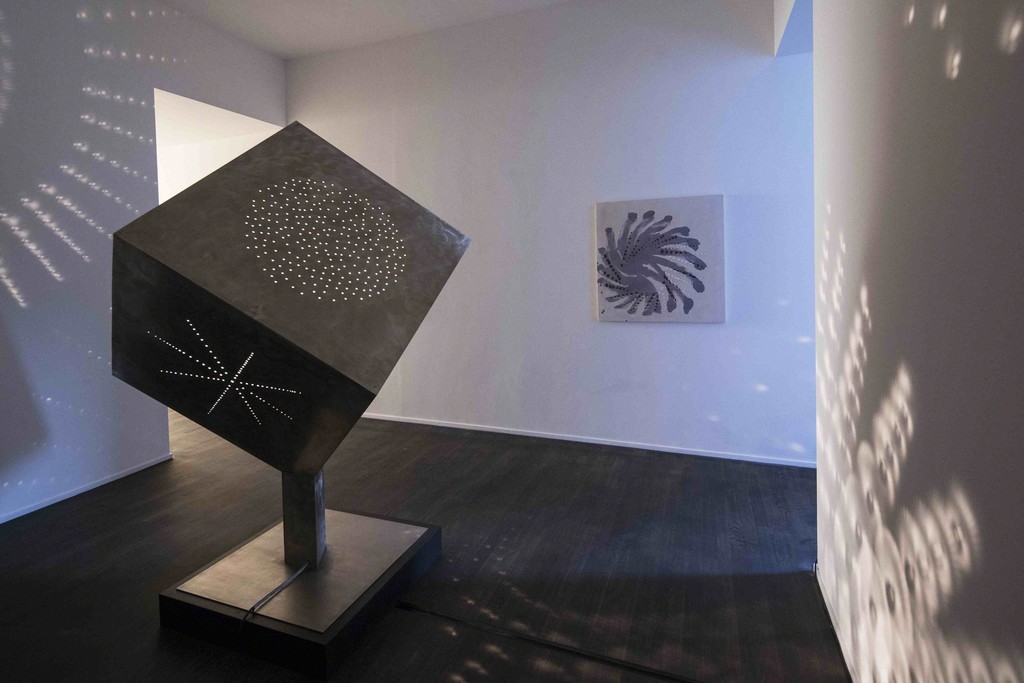 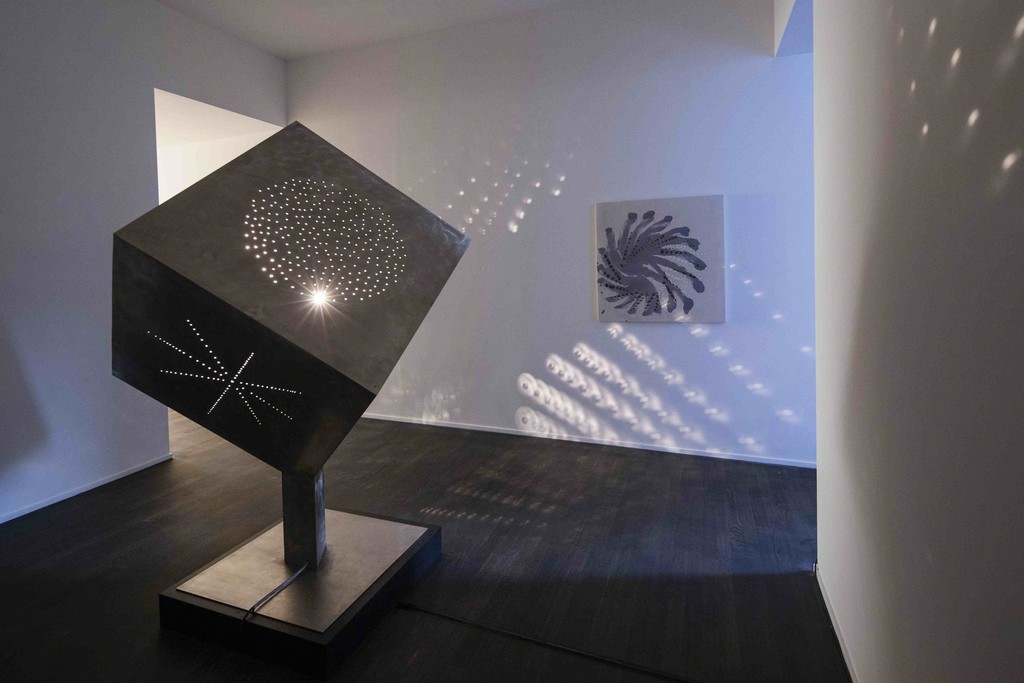 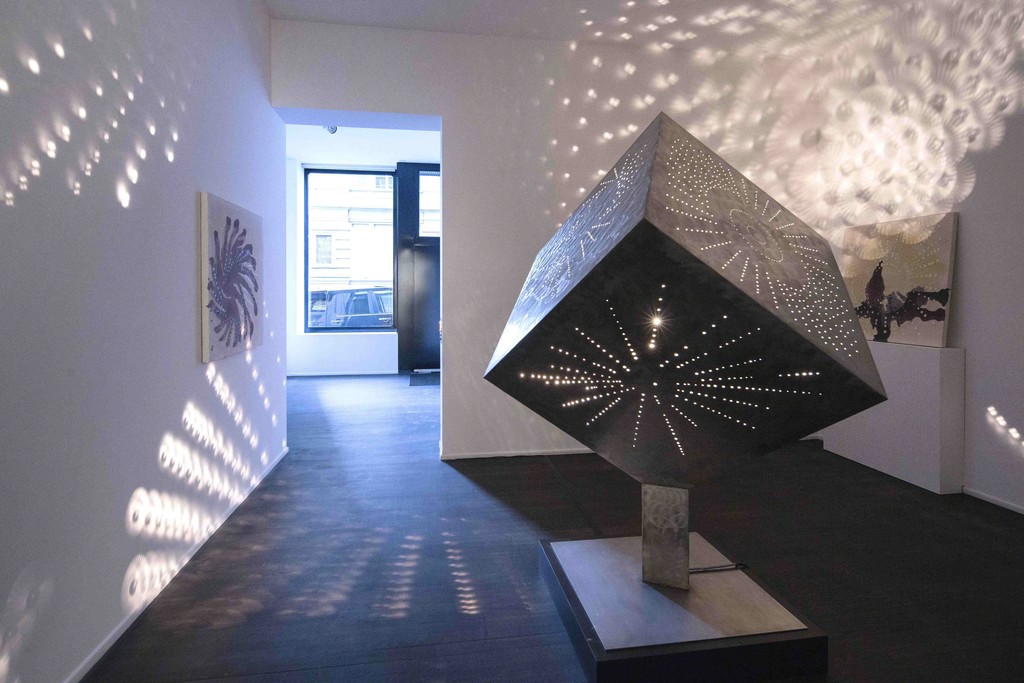 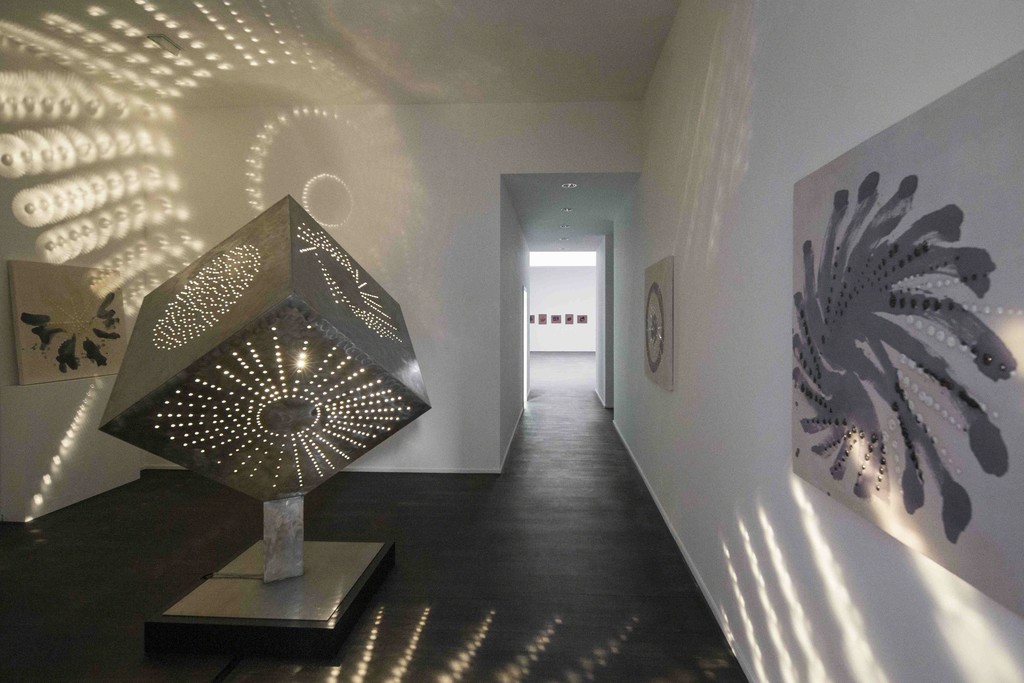 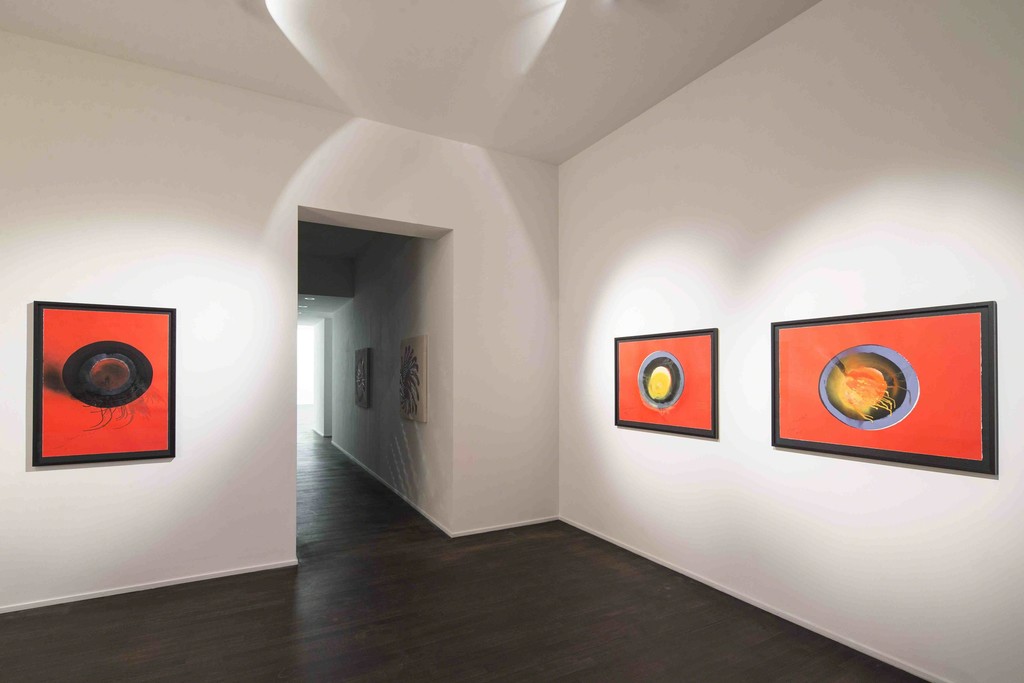 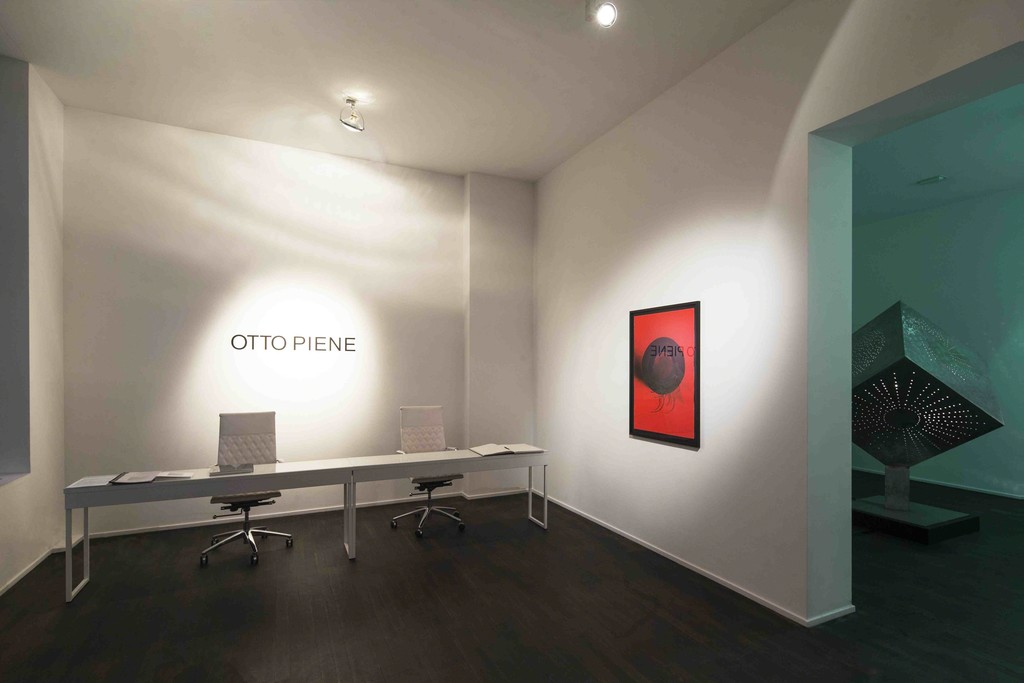 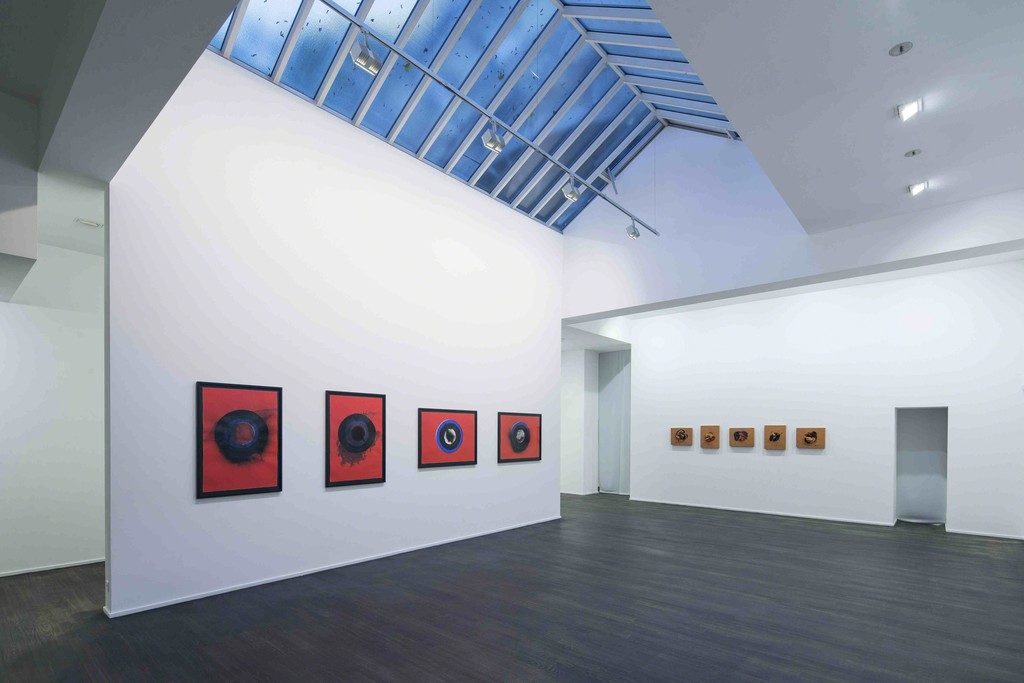 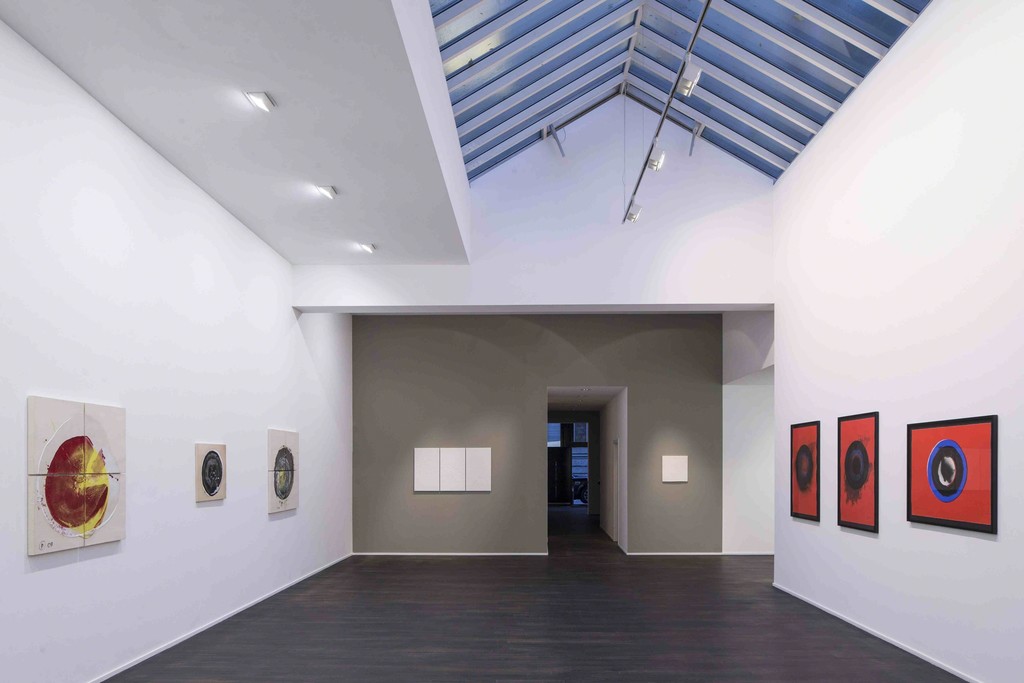 In retrospect, we must call epochal when two young Düsseldorf artists invited the public into their studio and proclaimed the zero hour of post-war art on 11 April 1957. It was birth of ZERO. A series of evening exhibitions by Otto Piene, Heinz Mack and a little later Günther Uecker marked the beginning of a new avant-garde. The movement traveled elsewhere and was taken up by artists like Lucio Fontana, Piero Manzoni, Yves Klein, Jean Tinguely and Yayoi Kusama, each with a mission to reinvent and redefine art in the aftermath of World War II.
The Plutschow & Felchlin gallery is proud to present Otto Piene, one of the great artistic figures of the 20th century.

The Objects exhibition offers a great overview of his decades-long investigation of technology and light phenomena embodied into an art that was focused on life. The delicate selection of recent works are appearing in various medium such as ceramics, gouaches and steel work by showing its strong roots in the Grid Pictures (1957)–a type of stencilled painting made from half-tone screens with regularly arranged points in single colors– and the never ceased faith to the essential idea of ZERO.

The exhibition serves as a premier of Otto Piene’s last completed sculpture, the LightCube (?). The masterpiece is part of the Piruette series, which were the development of the so-called Lichtballett (light ballet) kinetic art installation from 1959: light from moving torches was projected through grids, thus extending and stimulating the viewer’s perception of space. His investigation in light is a lineal descendent of the Bauhaus tradition and László Moholy-Nagy’s Light-Space Modulator (1930). This enthusiastic exploration in the field of art, nature and science led him succeeding the founder, György Kepes as director of the Center for Advanced Visual Studies at Massachusetts Institute of Technology in Cambridge in 1974.

Otto Piene’s work fundamentally questions the configuration of the world around him. In doing so, he offers a unique insight into the difficulties of ascribing definitions and explanations of the environment, or perhaps even meaning, to both the practice of art-making and to the art object itself.

In 1969 Otto Piene established a new genre of environmental art, the Sky art movement, which allowed him to use landscape and cities themselves as the focal point of his work. In the summer of 2014, the Nationalgalerie in Berlin and the Deutsche Bank KunstHalle paid tribute to Otto Piene's life work. In the frame of a large-scale retrospective exhibition the recreation of the infamous Olympic Rainbow was intended, what originally was produced in 1972 for the XX Olympiad in Munich, made up of five differently colored helium-filled polythene tubes, each one 600 m long.

Along with the Guggenheim Museum’s “ZERO: Countdown to Tomorrow, 1950s-60s,” which opens on Oct. 10, there will also be several gallery exhibitions over Europe and Americas devoted to the movement. Otto Piene will be presented by the Global Art Affairs Foundation during the 56th Venice Biennial in the Palazzo Bembo and Palazzo Mora. In 1996, Otto Piene received one of the four annual prizes for artists awarded by the American Academy of Arts and Letters. His works enrich the world most precious collections including the Museum of Modern Art in New York, Sammlung Hoffmann, Berlin, Museum Kunstpalast, Düsseldorf, National Gallery of Canada - Musée des beaux-arts du Canada, Ottawa, ON, the National Museum of Modern Art in Tokyo, the Stedelijk Museum in Amsterdam and the Centre Georges Pompidou in Paris.