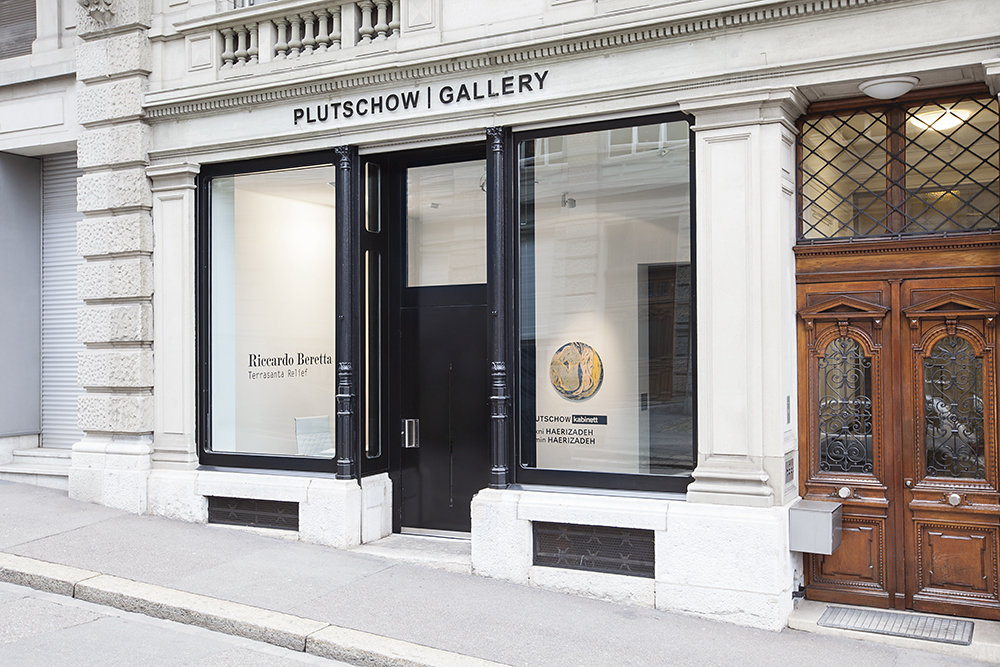 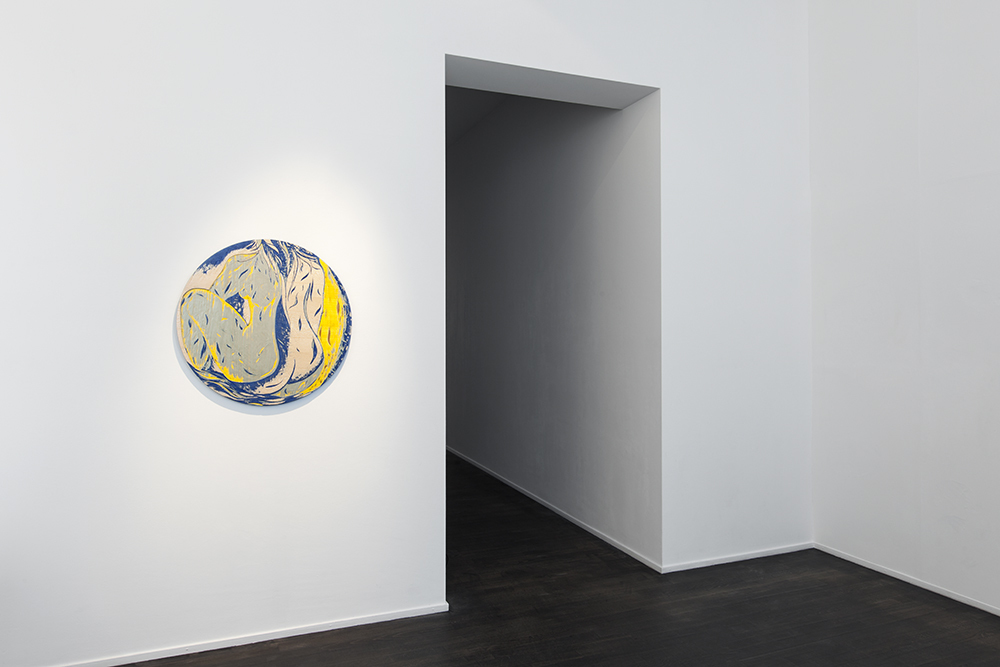 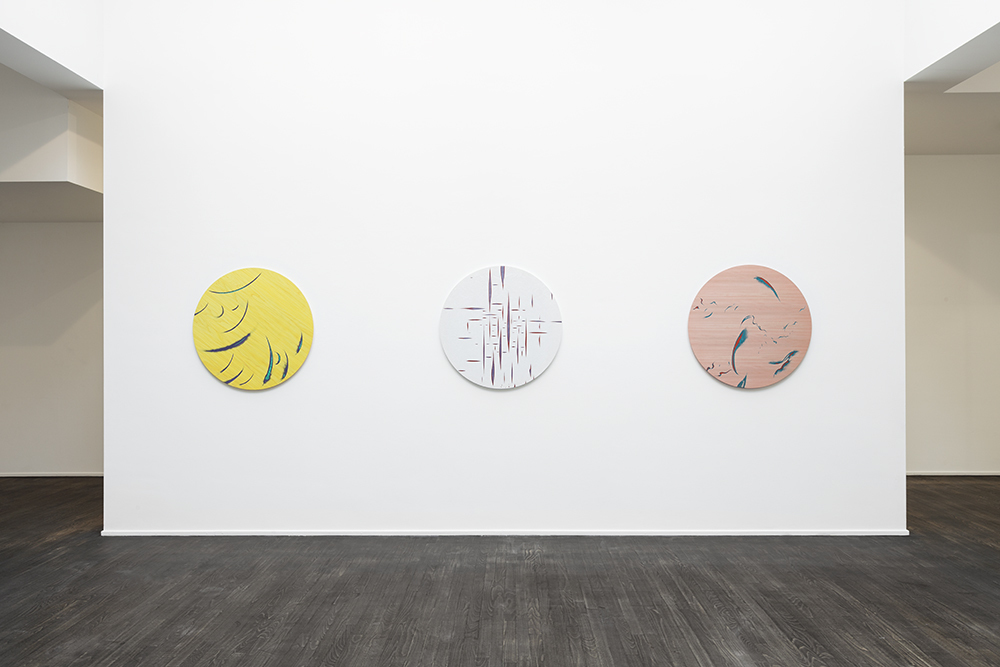 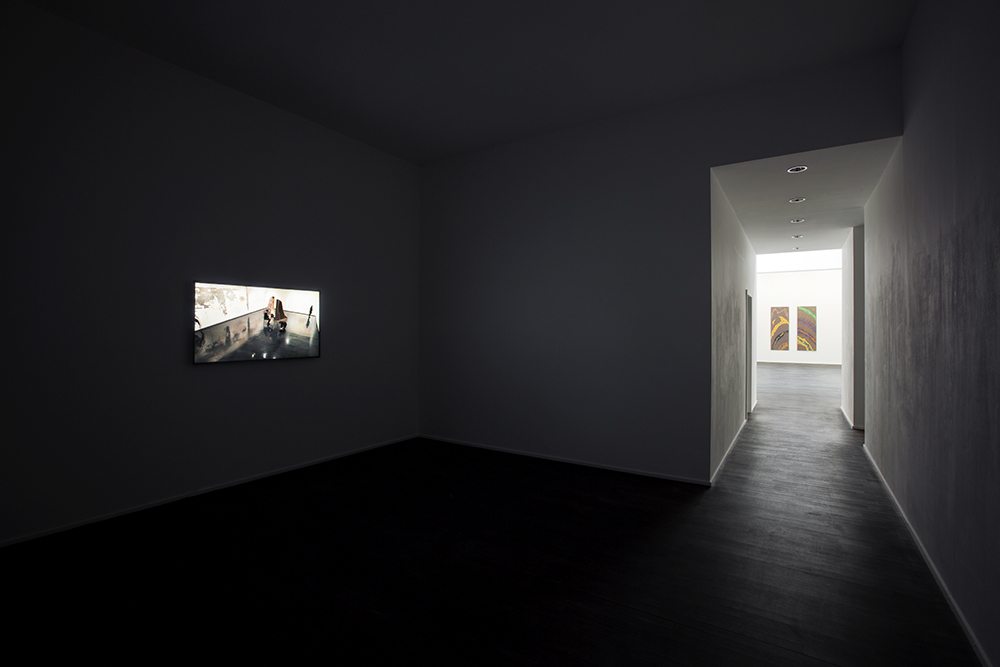 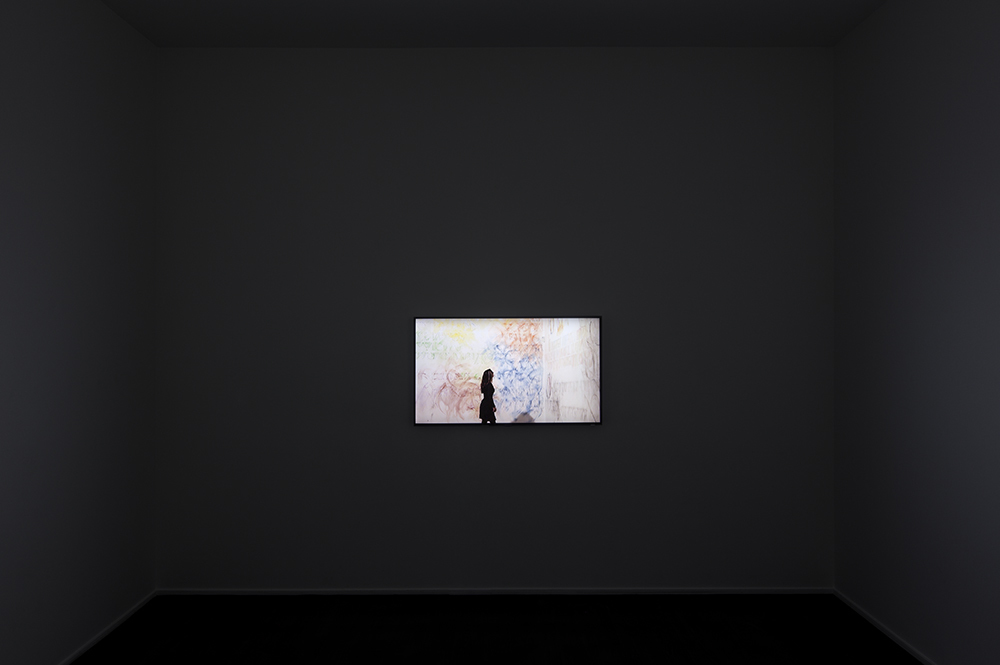 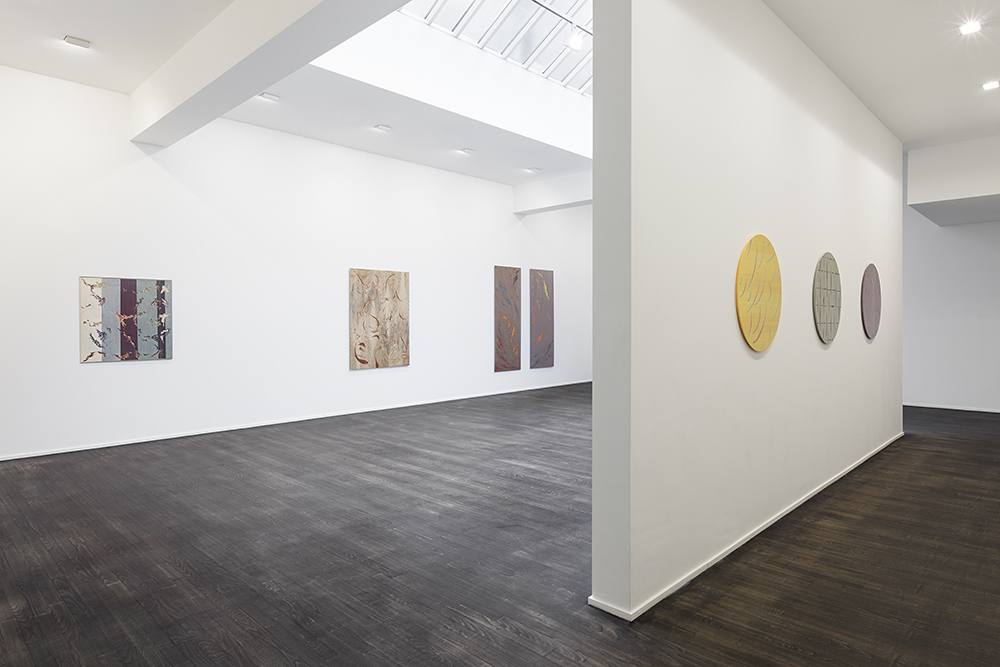 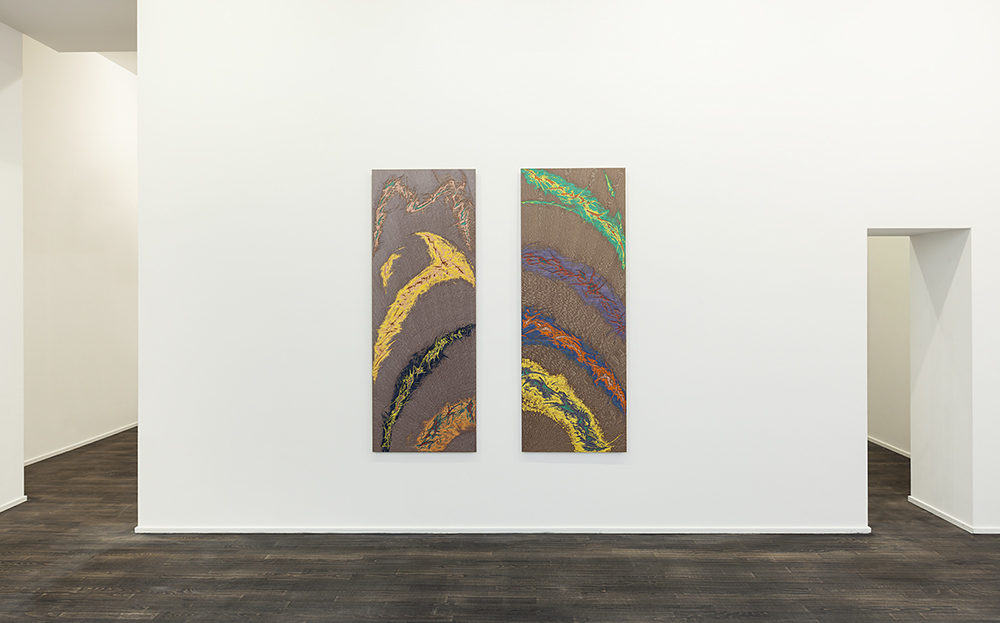 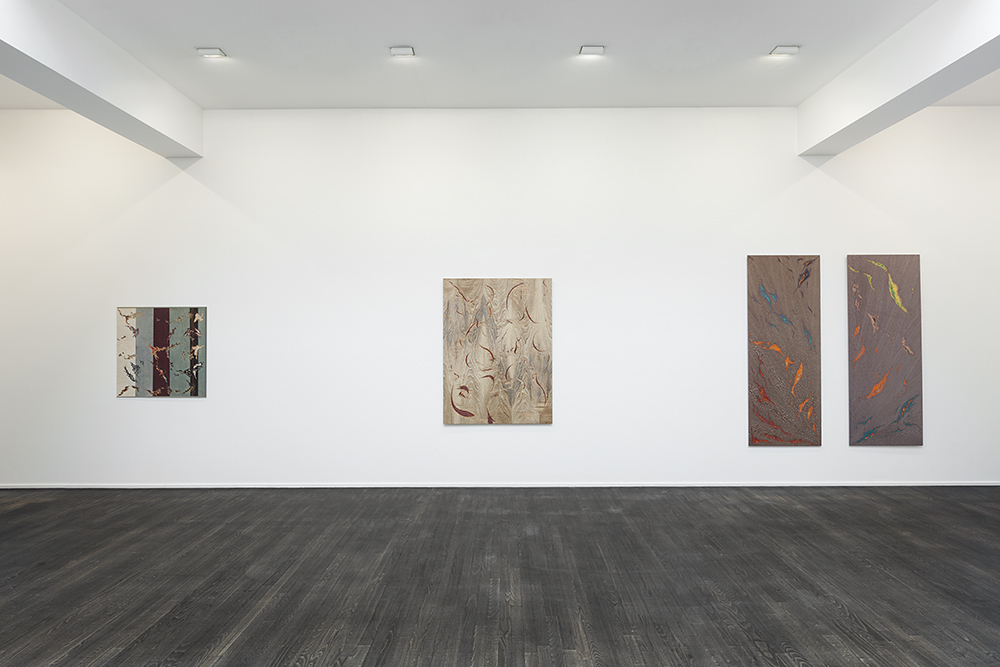 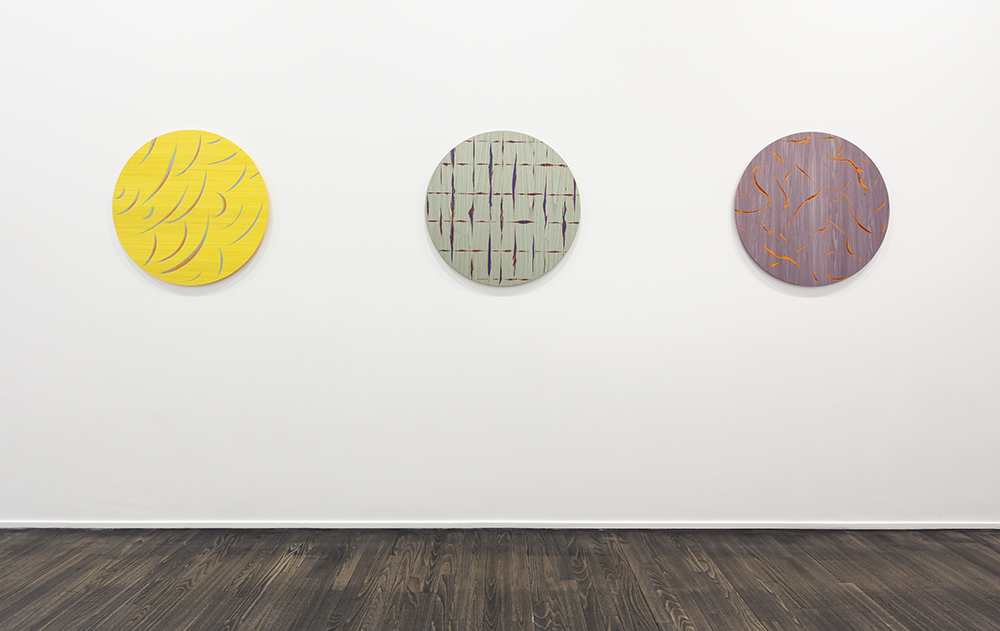 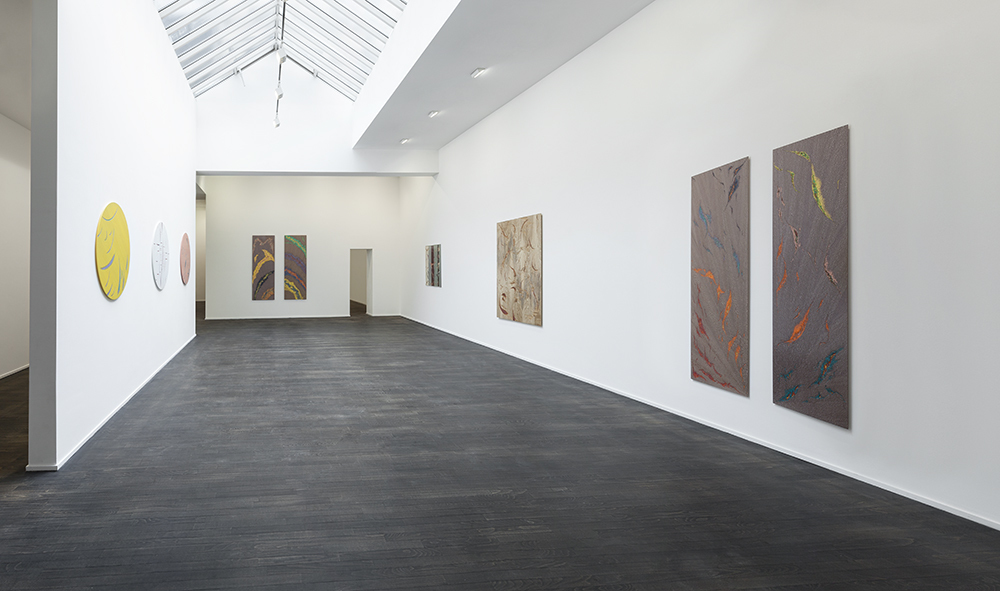 On display is a cycle of new works, which have all been made using the Terrasanta Relief [Holy Land Relief] technique.
These new works are divided into two themed series: one on rose windows (characterized by circular works) and the other on portals (larger in size and with proportions similar to those of a door). The work Window or Door (Natural Hybrid) (2015), previously unseen to the public, relates to both series, though extends across the surface and is hybrid in form.
With these works, the artist has meditated on the idea of thresholds and the meaning of these fundamental architecture elements that may represent them, always marking off a confine for body and sight: windows and doors.
The artist’s invitation to cross a threshold is not merely suggested on a physical plane, but also, and above all, with the mind. In fact, with the use of this technique, Beretta alludes to the cognitive process that is unleashed when we recall a traumatic episode in our lives. The act of engraving, of carving into the material and making the surface’s layers visible, is related to unearthing the many layers of consciousness, which lead us to greater awareness regarding our past and, consequentially, our present lives.
Beretta’s special bas-relief technique is the snapshot of traversing material; very thin layers of natural veneers and natural dyed veneers, each with its own texture, own story, unique and different geographical provenance, color, consistency, and smell are stacked one atop the other and then smoothed out by the artist himself who, as he carves into them and their many levels, touches these layers of wood and makes them emerge with their hidden colors. The shapes he carves out are of various types. They can be totally abstract or may hint at or define a figurative image. At times, they even resemble traces of a crossing.
The marks carved into the wood constitute an attempt to retrace a story, a biography through images and clues.
Along with these works made specifically for the exhibition, Mi fai male (2013–2014) is also on display: this is the first work where Beretta used his Terrasanta Relief technique as the main feature.
The second room exhibits the film Exploiting me ~ Set Sound Session (2014). This work was produced by the Museo di Arte Contemporanea of Rome (MACRO), where the artist had a residency and solo show between 2013 and 2014.
This film gathers various art practices Riccardo Beretta has developed in his oeuvre. A large wall painting made inside the museum acts as the backdrop for a story told out loud. The music was composed for the event and played with two clavicytheria (Donnerwetter, 2011–2012) made entirely by the artist.
The film portrays the live performance Riccardo Beretta organized on the days his exhibition was open to the public, but it is also the support he has chosen to testify to his entire MACRO project. The mural, which he painted during his three-month residency, was destroyed when the exhibition ended. This film aims to indissolubly bind the painting with the gestures and sounds of its interpreters, with the goal of not being the conclusion to a cycle, but instead the start of a new one.

Terrasanta Relief is a strict procedure aimed at removing, which cannot be remedied. This term harks back to an old saying, used by craftsmen from Brianza: “Andare in Terra Santa” [Going to the Holy Land]. This expression indicates the mistake when, in smoothing out the surface of an object, one penetrates the deepest layers, which should not have surfaced. Riccardo Beretta, who has always had a keen interest in and attention for local artisanry, has developed a particular work process, overturning this rule in favor of intense art research. He has made the research of the Terra Santa the focus of his oeuvre, and has fine-tuned a process that cannot be likened to any other in existence: Terrasanta Relief.