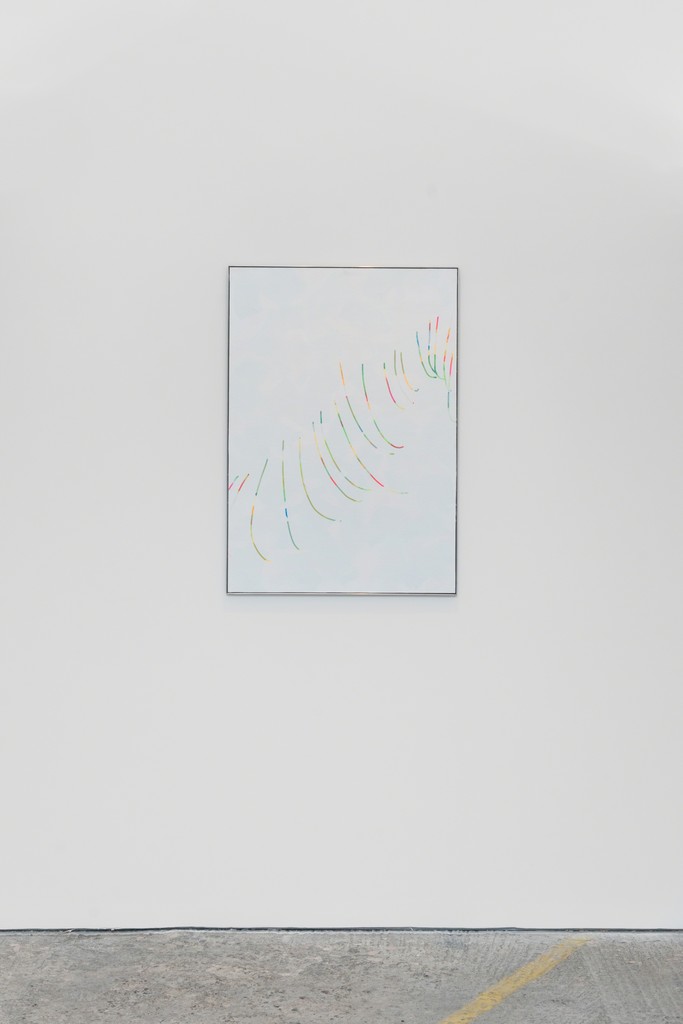 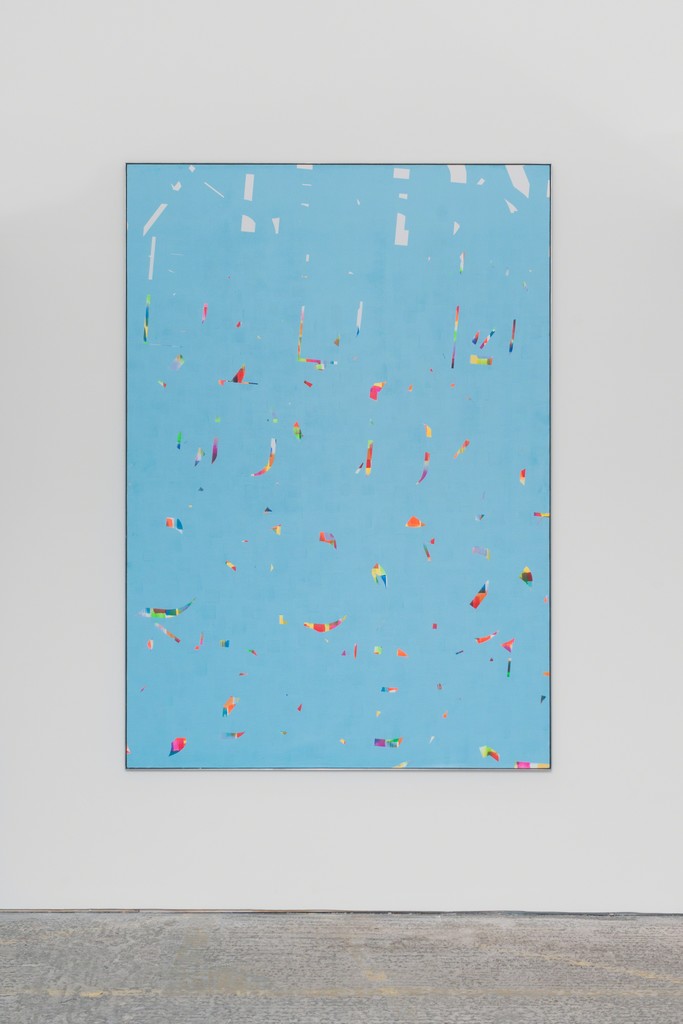 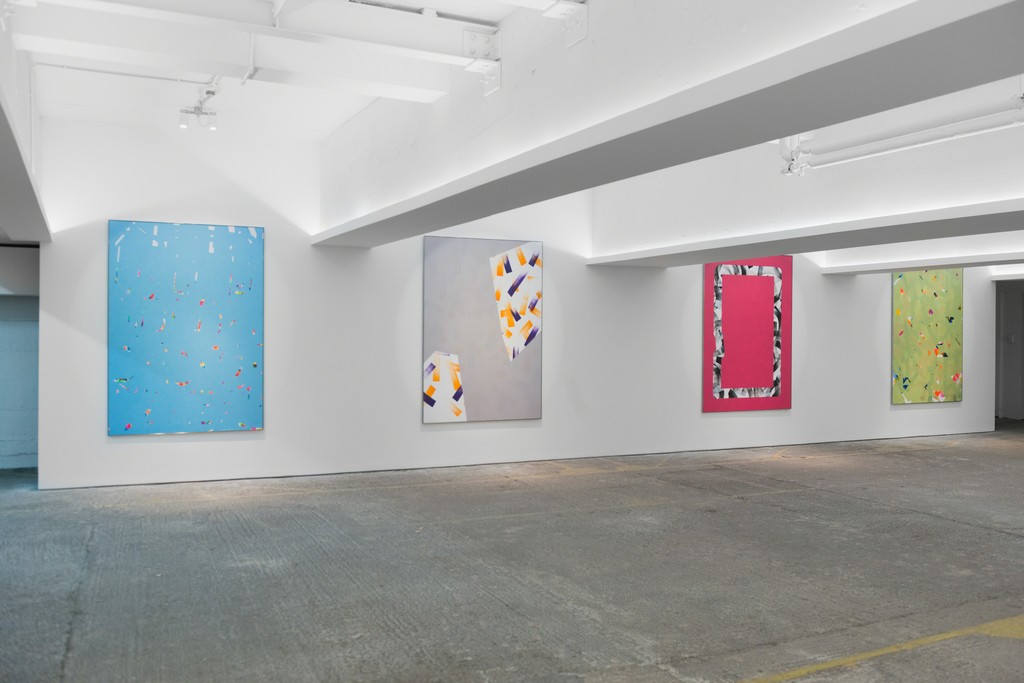 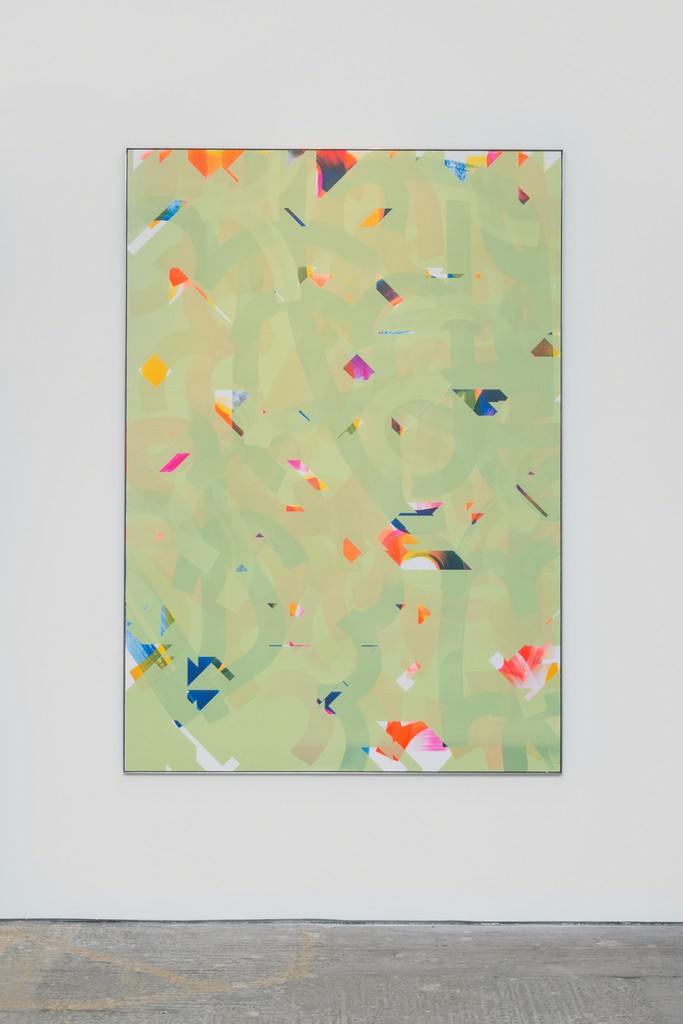 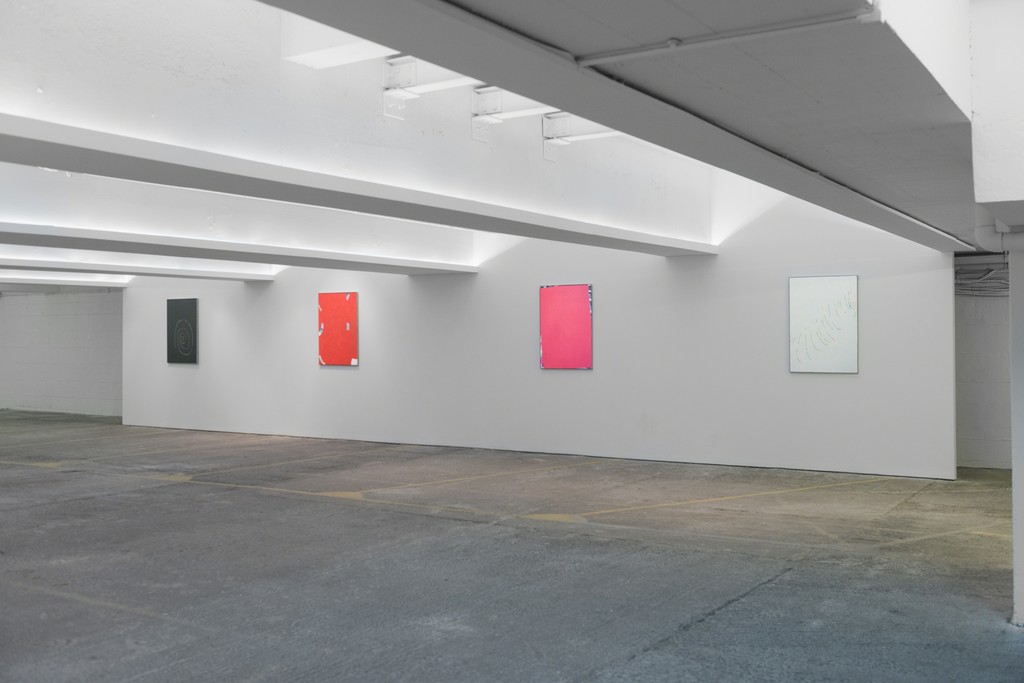 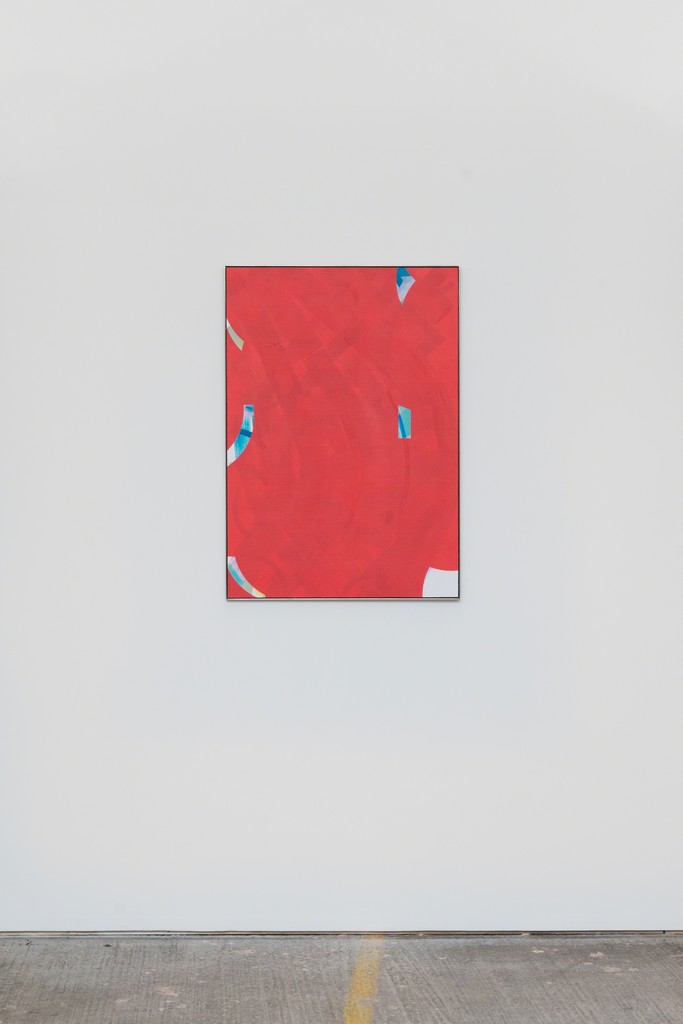 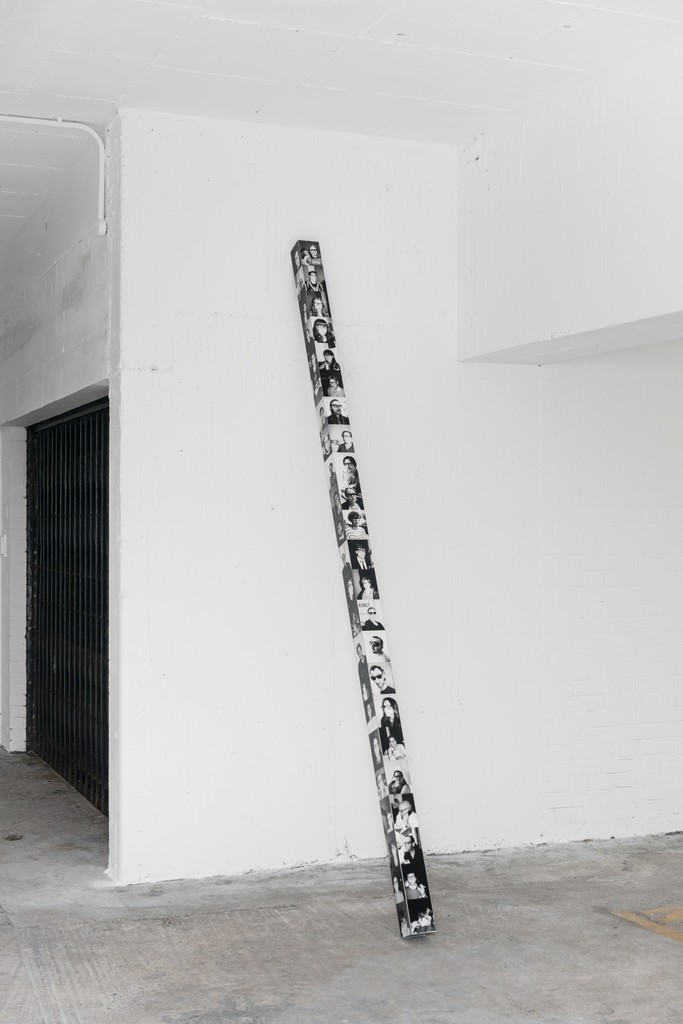 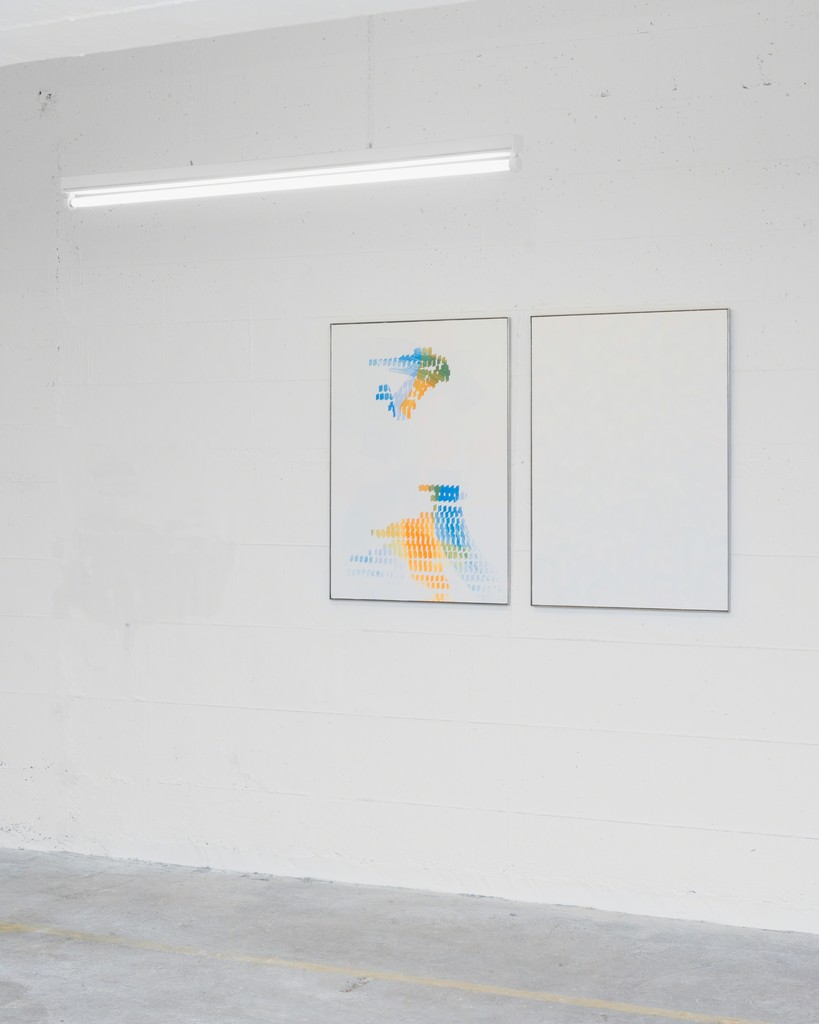 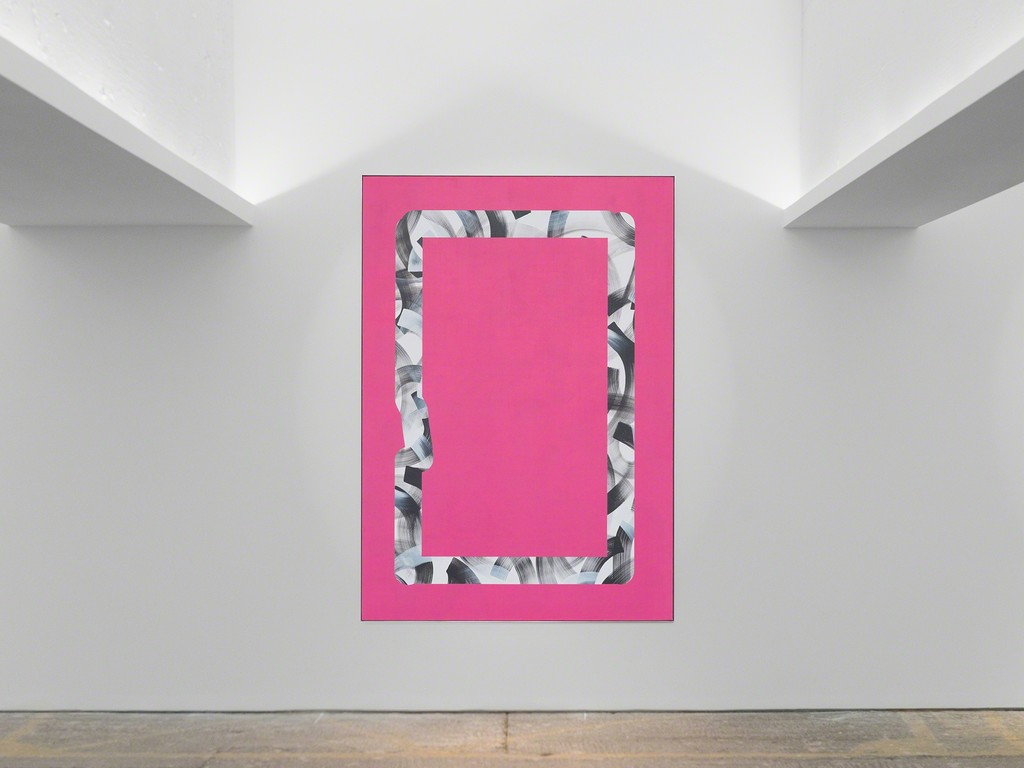 PM/AM, are pleased to announce an exhibition of new works by German artist Dennis Loesch. Merge Visible is the first solo exhibition in the UK for the Berlin-based artist at the recently opened underground gallery and project space in Marylebone.

Loesch is best known for Memory Sticks, an ongoing body of work that literally turns the ubiquitous data storage media into an analogue equivalent, transforming found and digitally manipulated images into a form of sculpture that the artist calls “display management”. Referencing the minimalism of Frank Stella, Donald Judd and Dan Flavin, Loesch draws on a personal and professional archive of more than 24,000 contemporary images and texts, scanned from newspapers; art, fashion and lifestyle magazines; playing cards, banknotes, logos and other ephemera, and physically pastes the two-dimensional image across ten, twenty or sometimes fifty or more individual aluminium rods. Created as site-specific works, the fragmented images become large-scale three-dimensional pieces presenting multiple, shifting perspectives when seen from different angles.

Merge Visible is an action found in Photoshop reflecting not only Loesch’s fascination with the digital but is also a reference to the process used in the creation of the new large and small-scale paintings. They reveal a new discourse for the artist that investigates the interplay, temporal connections and history between digital imagery and classical painting technique, and the nature of cause and effect. Deeply concerned with the mechanics and processes of the visual, whether painting, screen-printing, graphics, ink jet printing or digital imagery, Loesch sets up studio experiments with pre-defined rules and parameters, but with no expectations as to what the end result will be.

Dennis Loesch lives and works in Berlin and has exhibited widely across Europe and in the US. In 2010 he was awarded the prestigious Schindler Stipendium from the MAK Center for Arts and Architecture in Vienna, which enabled him to live and work in Los Angeles for a period. In addition to Merge Visible, Loesch opens DEF, a solo show at Dittrich & Schlechtriem in Berlin (17th September–12th November), and a major collaboration with the artist Stefan Behlau at the G2 Kunsthalle in Leipzig (26th November–26th February).