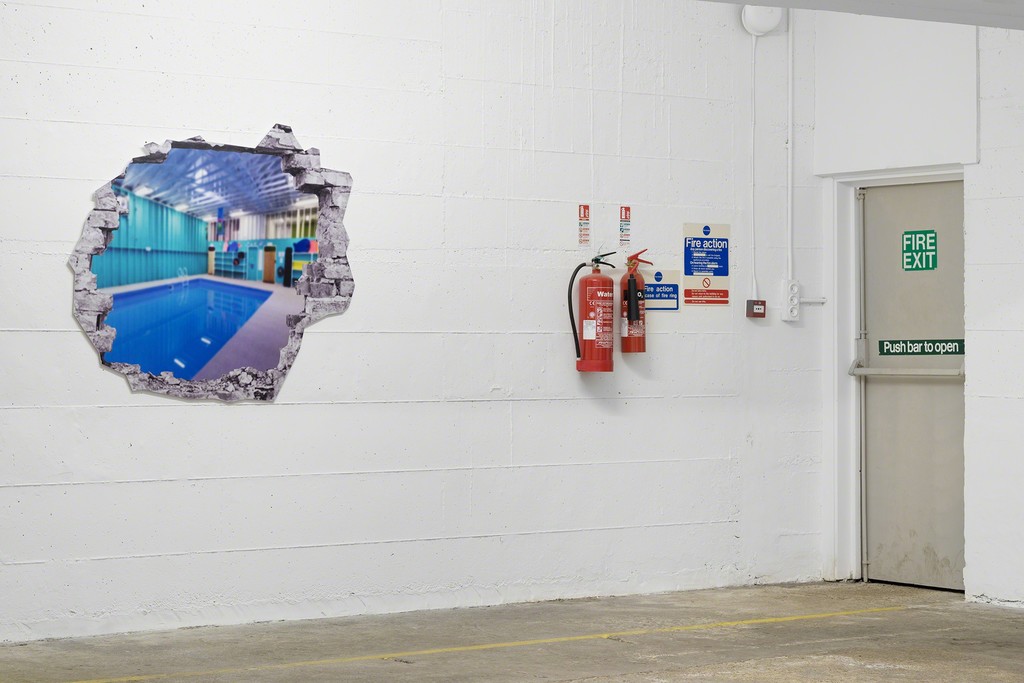 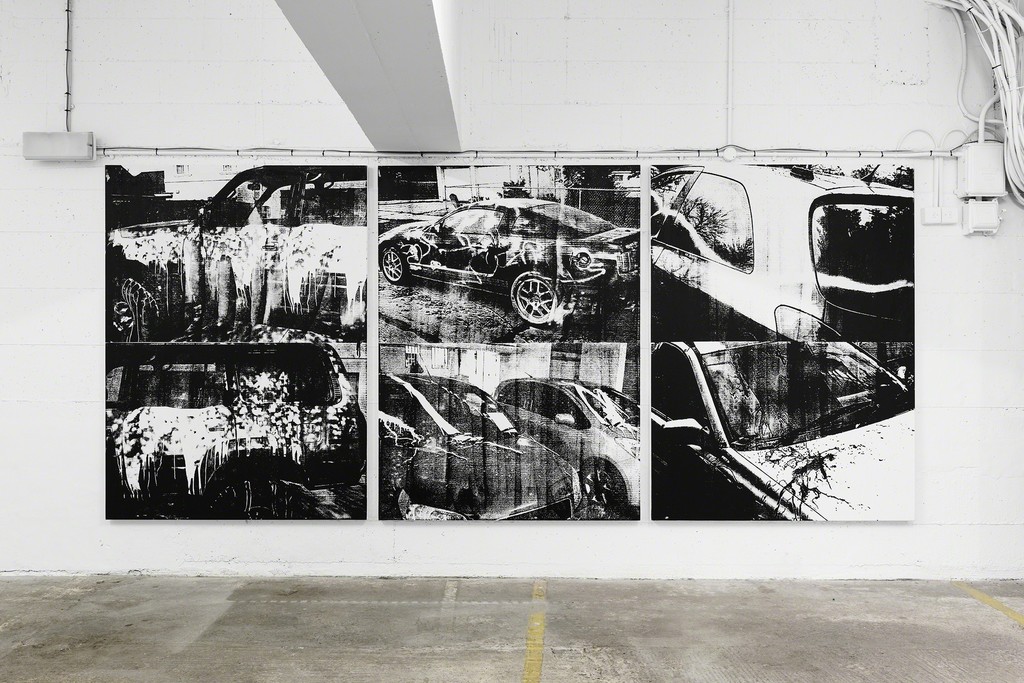 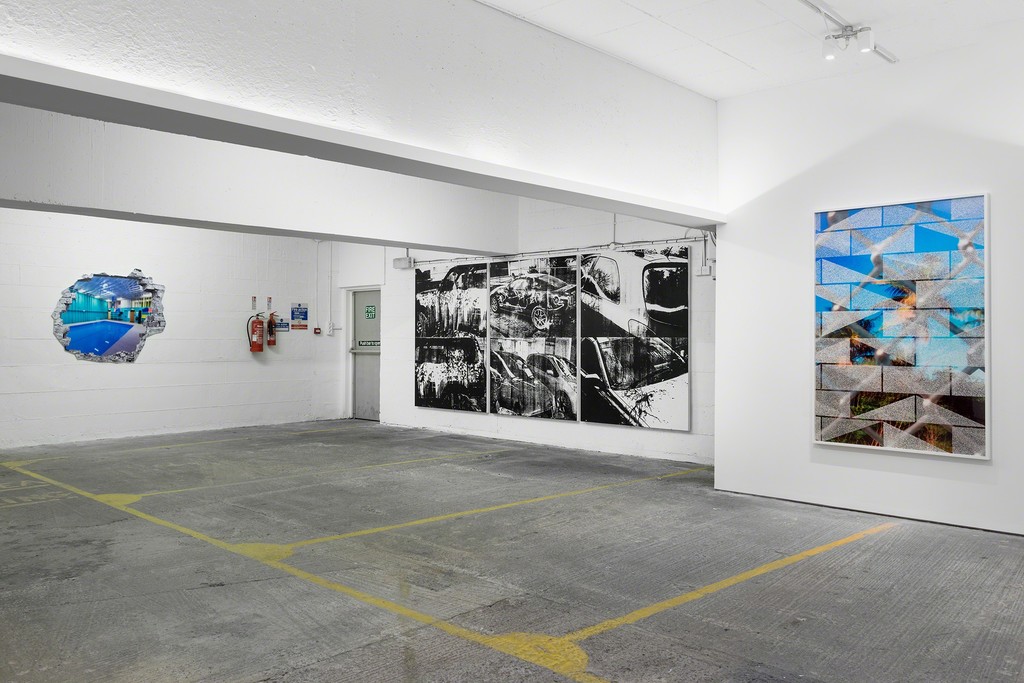 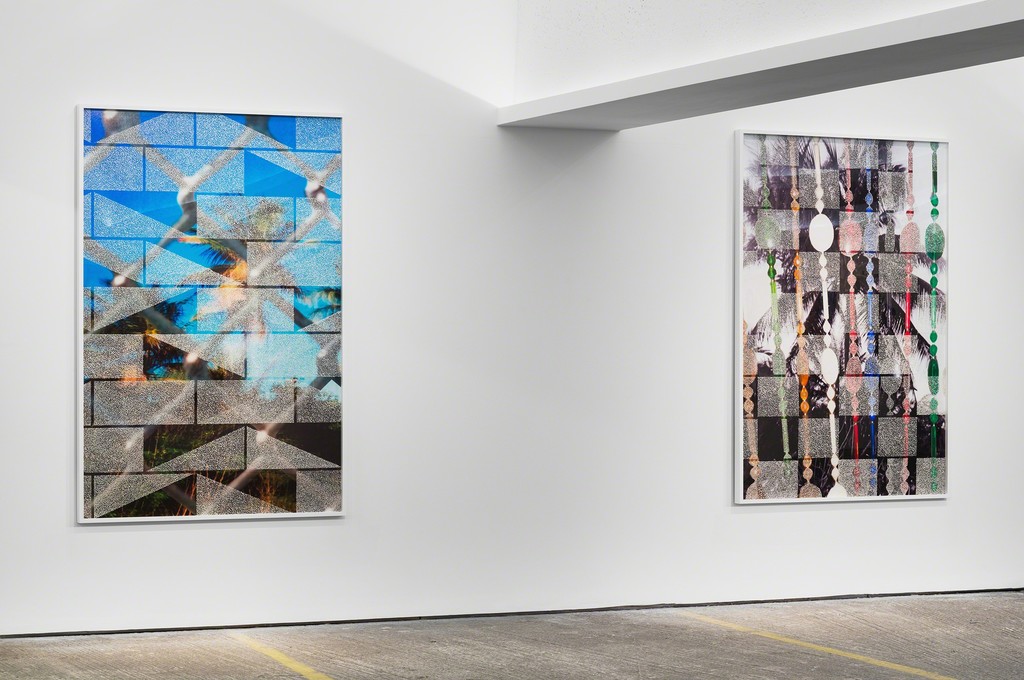 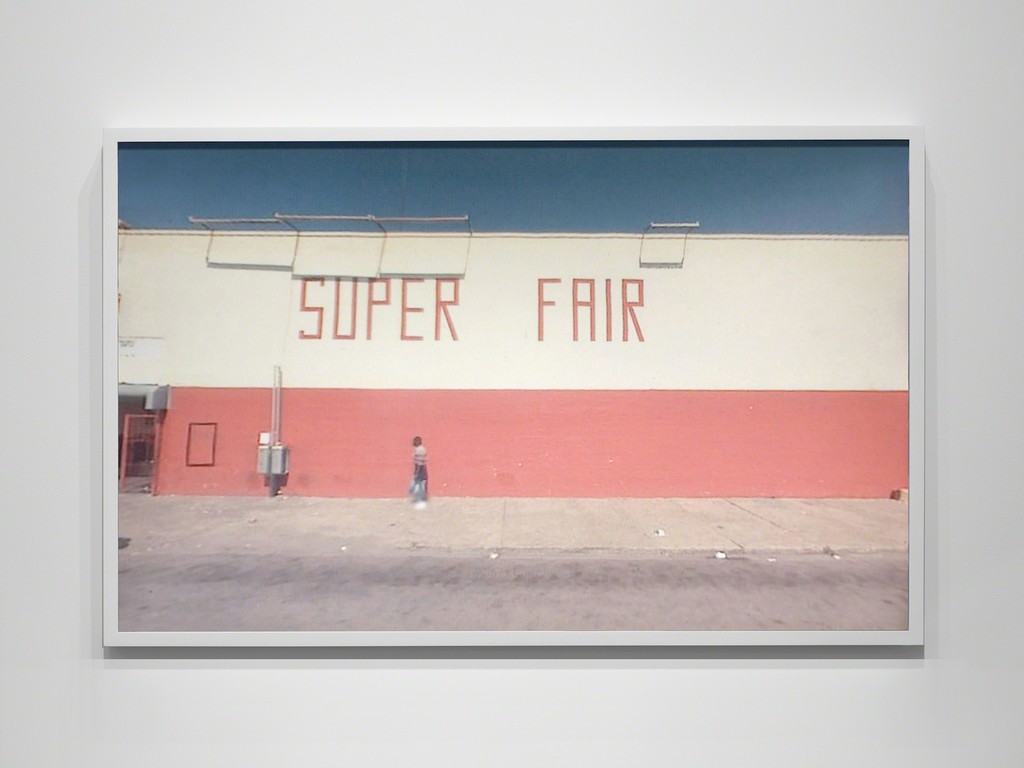 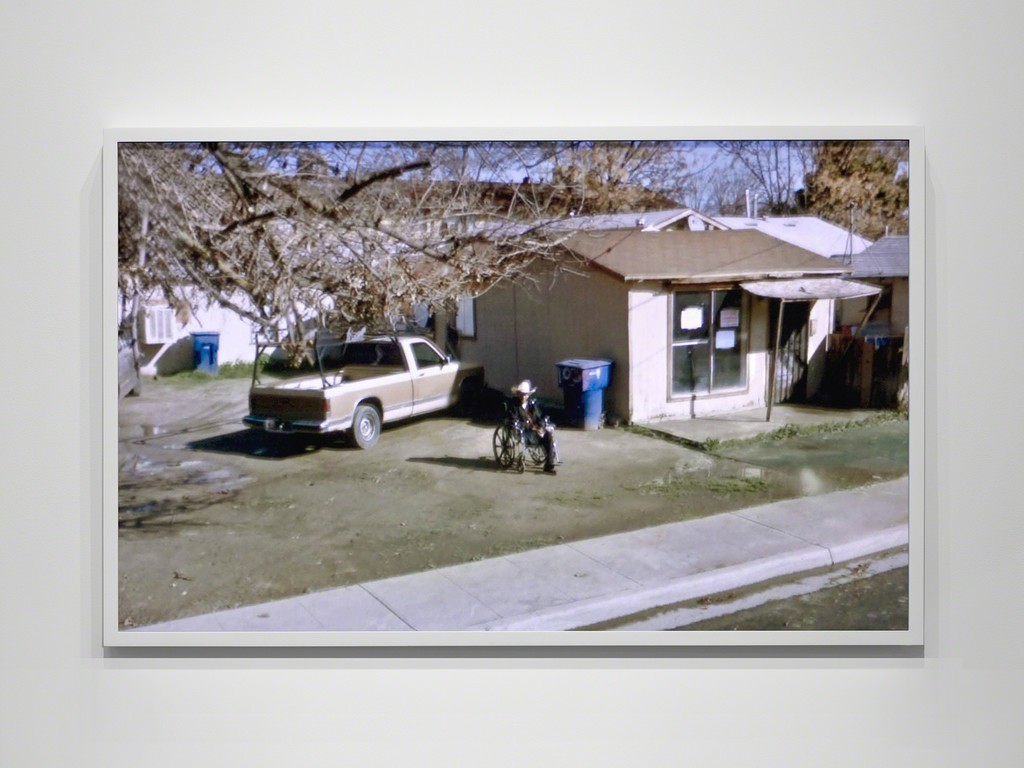 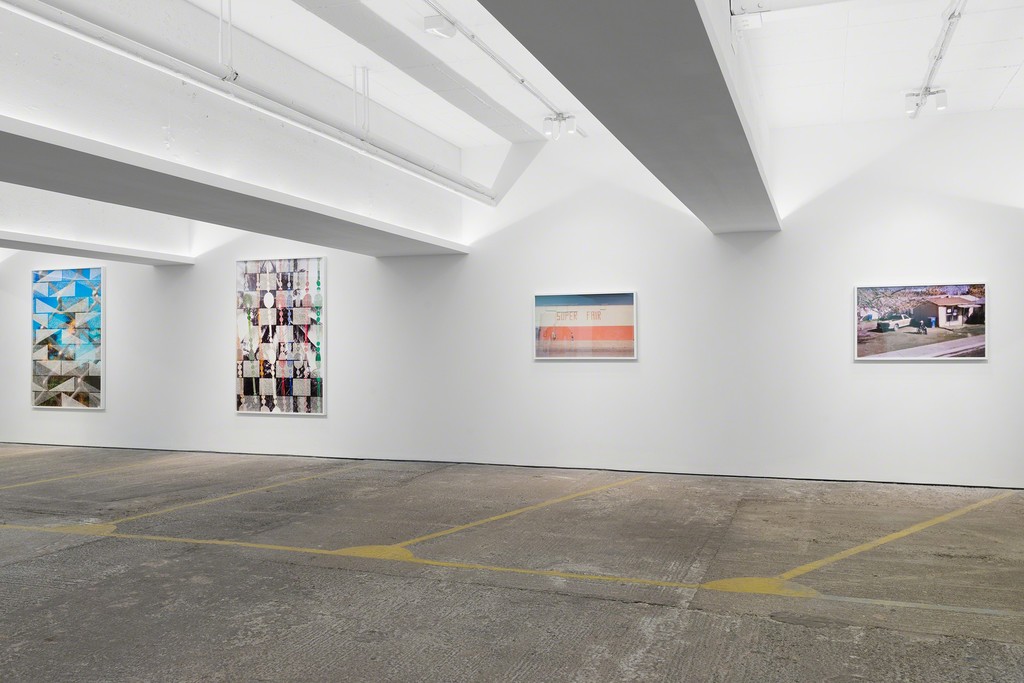 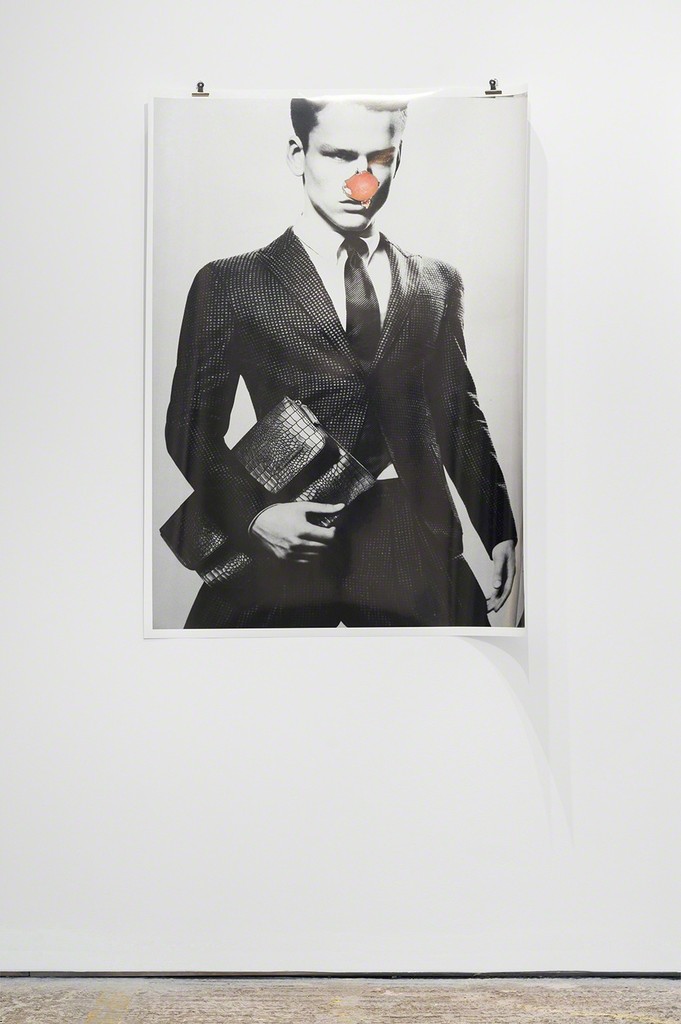 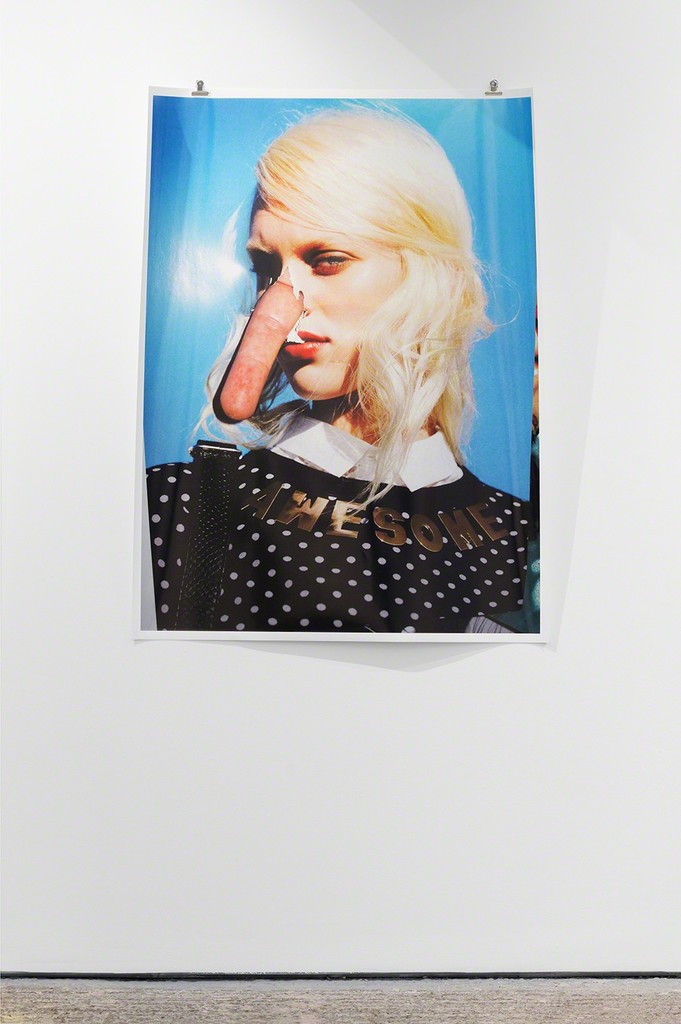 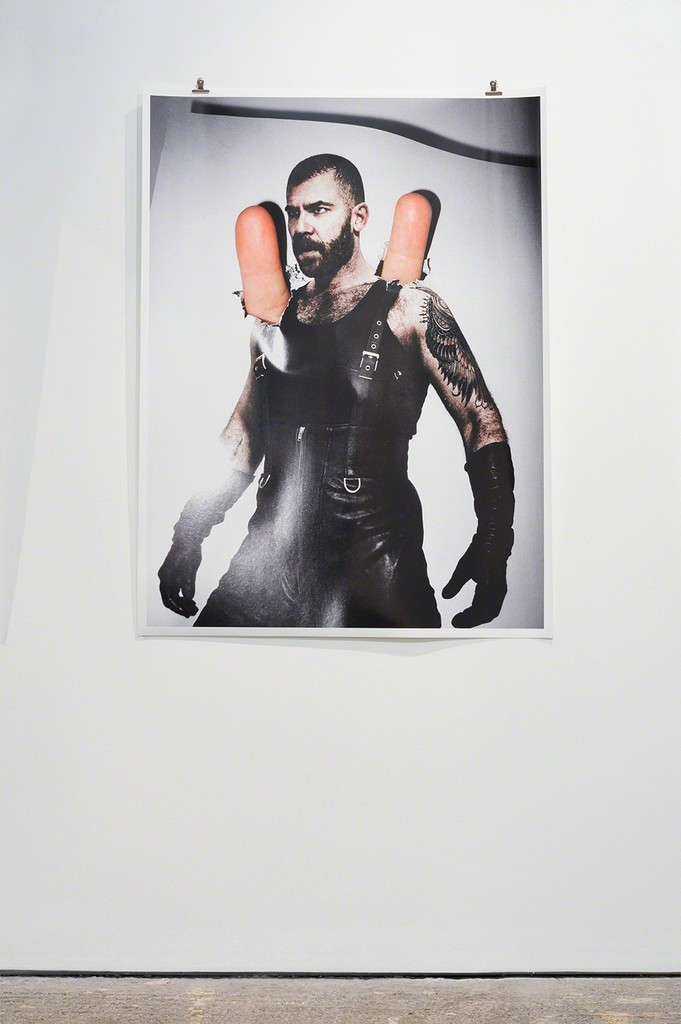 Through his extensive Internet exploration, Doug Rickard transforms the lenses of Google Street View into a contemporary mode of street photography. Focusing on areas of American post-industrial poverty, he locates accidental captures of uncanny and sublime scenes. Re-photographing them on the screen, their technological purpose is subsumed by their storytelling potential. The resulting images speak to our fascination and repulsion with surveillance culture, where the line between documentation and exploitation becomes increasingly unclear. Similarly drawing from pervasive surveillance culture, Ry David Bradley uses online databases of constantly streaming security cameras to create surreal image portals which toy with our perception. Depicting unremarkable scenes of urbanised environments, the viewer becomes a voyeur with access to a blurry fragment of an otherwise inaccessible world. Rendered in vinyl and stuck directly to the gallery wall, Bradley’s work magni es the collapse of time and space that provides photography with an innate power.

Turning to anonymous online imagery as a form of orphan media, we see Kingsley Ifill collect photographs documenting acts of vandalism found through Google Image searches. With the personal tale behind each action discarded by the Internet, I ll embodies their malleability through stages of photocopying, scanning and screenprinting, shifting the image further and further away from its original context to a final point of realization. Paul Anthony Smith transforms photographs documenting his own life and ancestral home of Jamaica, manipulating prints with ceramicists’ tools to render the subjects of his images erased, violated, or somehow inaccessible behind patterns reminiscent of fences, walls and territorial boundaries. The tensions between the physical and representational is accentuated again by Beni Bischof, who intervenes with the highly composed imagery of glossy magazines such as Vogue through acts of tearing and scratching, digging beyond the cover until the final works suggest elegantly gutted cadavers.

As photography’s concepts of authenticity and creativity adapt to the possibilities of new technology, the artists brought together for Oceans without surfers, Cowboys without Marlboros share a preoccupation with how its methods may be recalibrated as a process and as a conceptual gesture. Both traditional and new forms of imagery are examined and challenged within our post-internet existence, expanding on photography’s potential as an increasingly computer-based medium to interrogate its pivotal place in the 21st century.