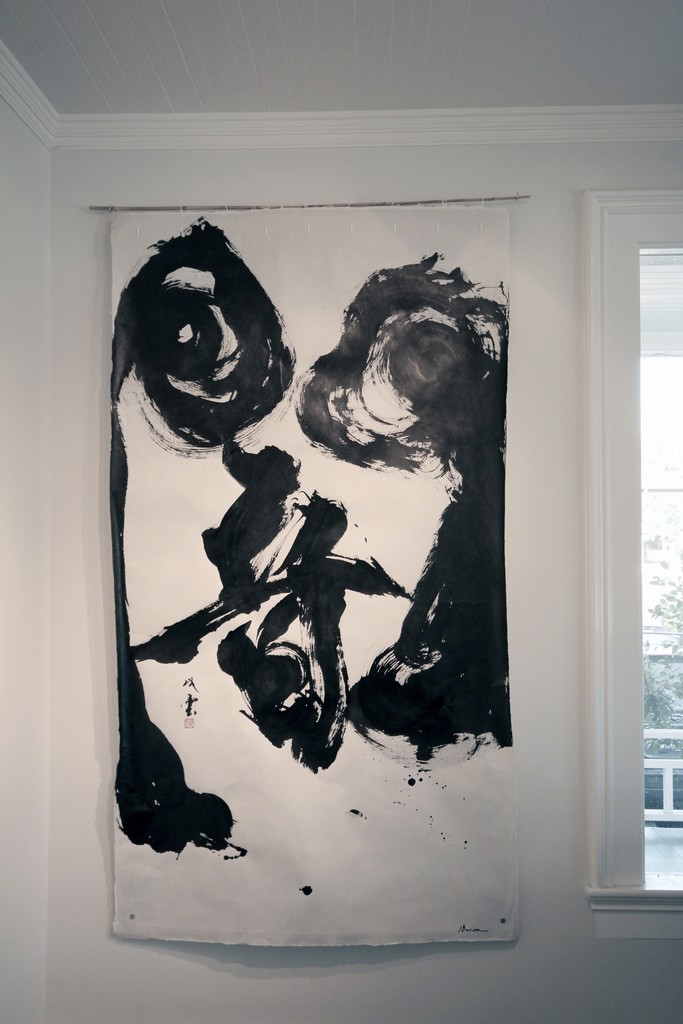 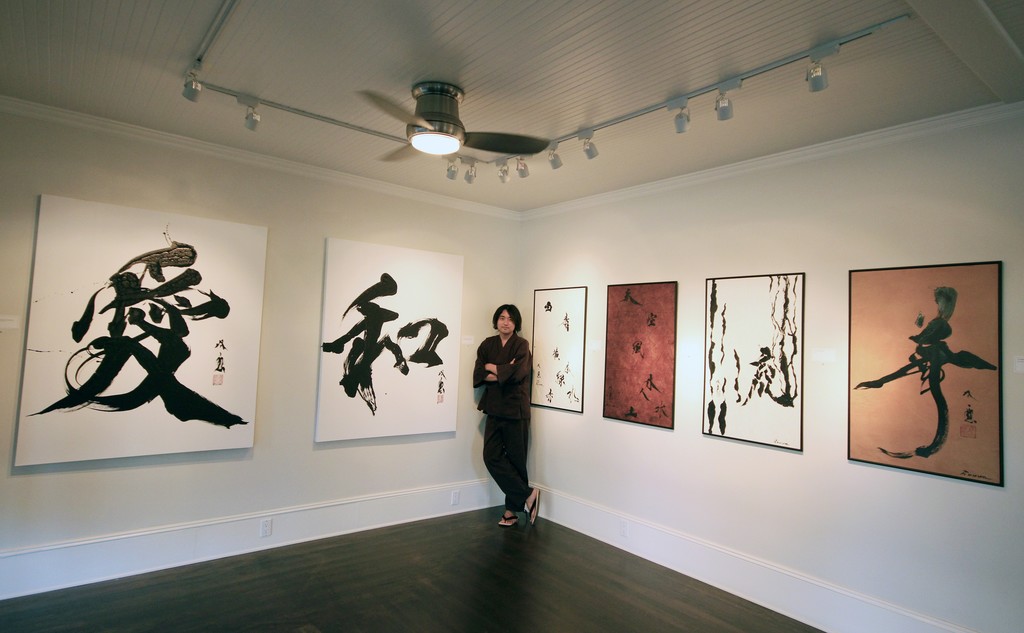 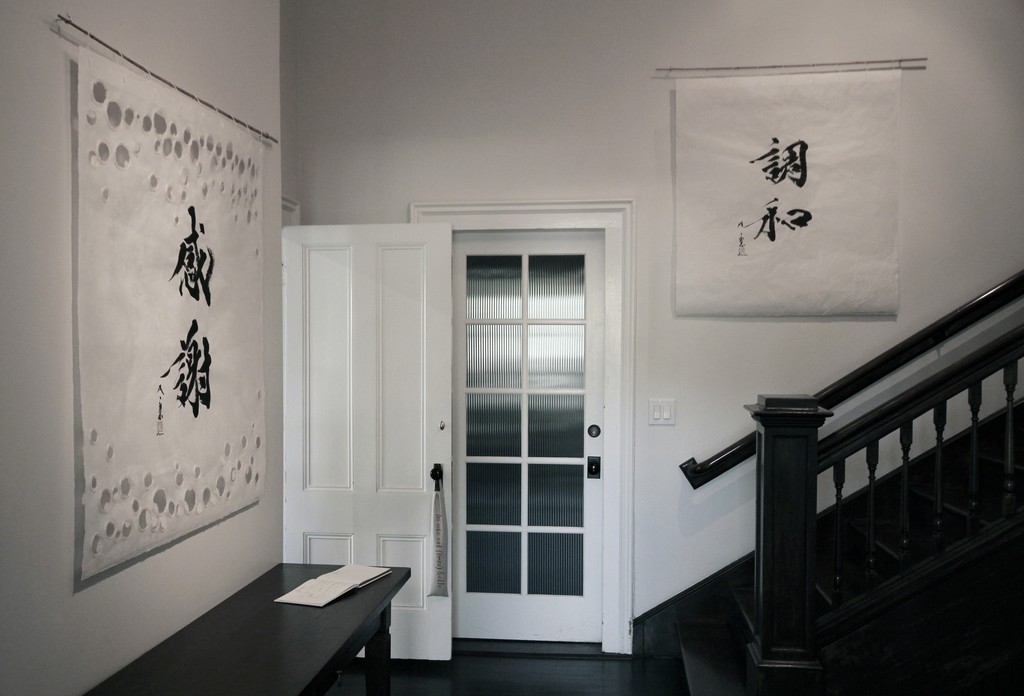 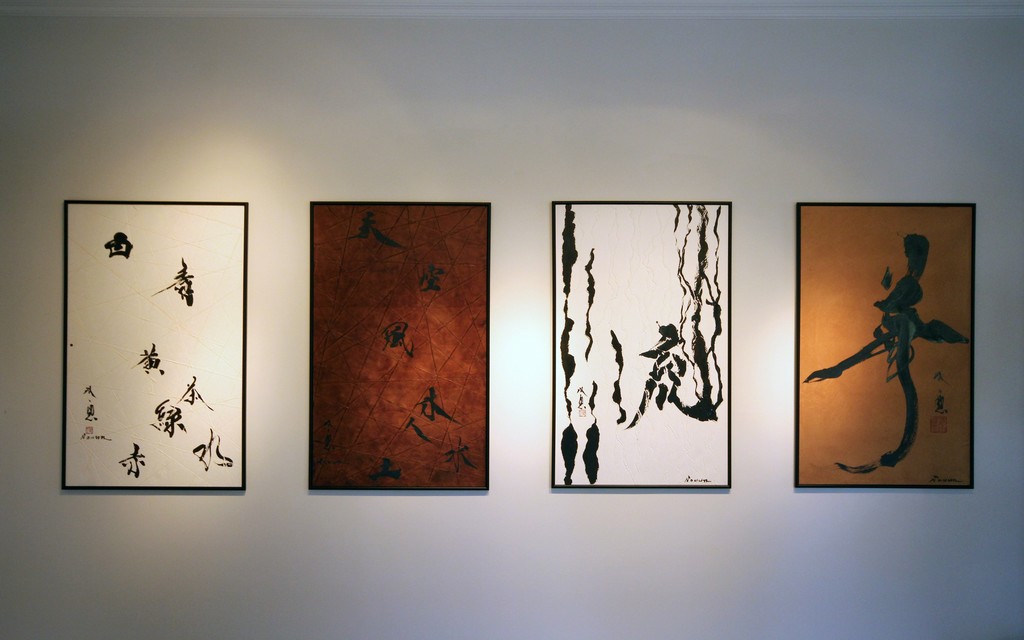 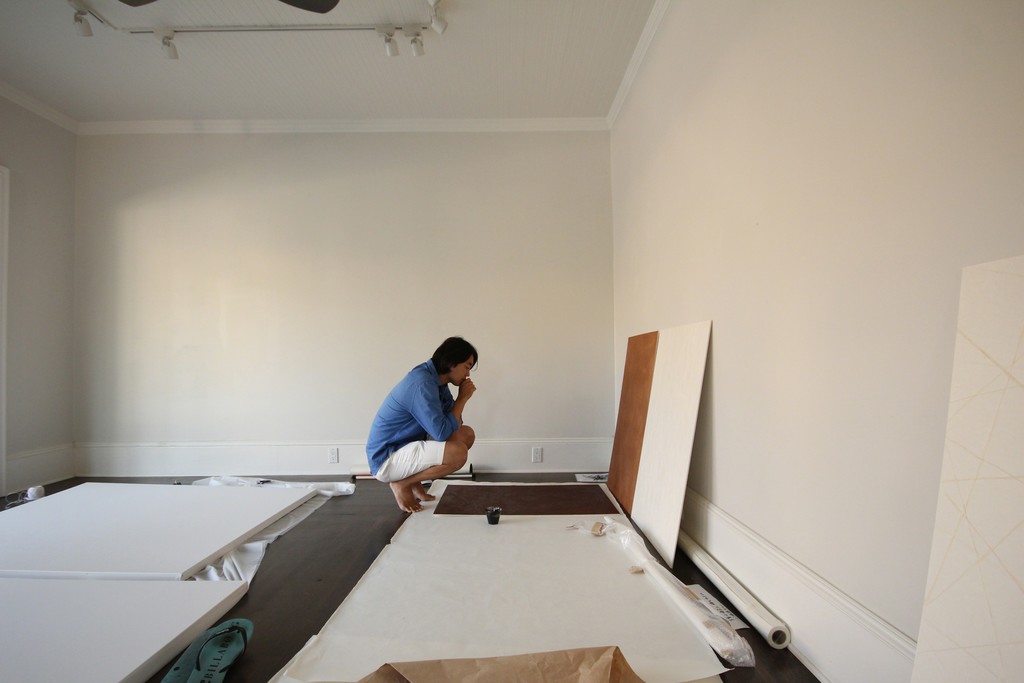 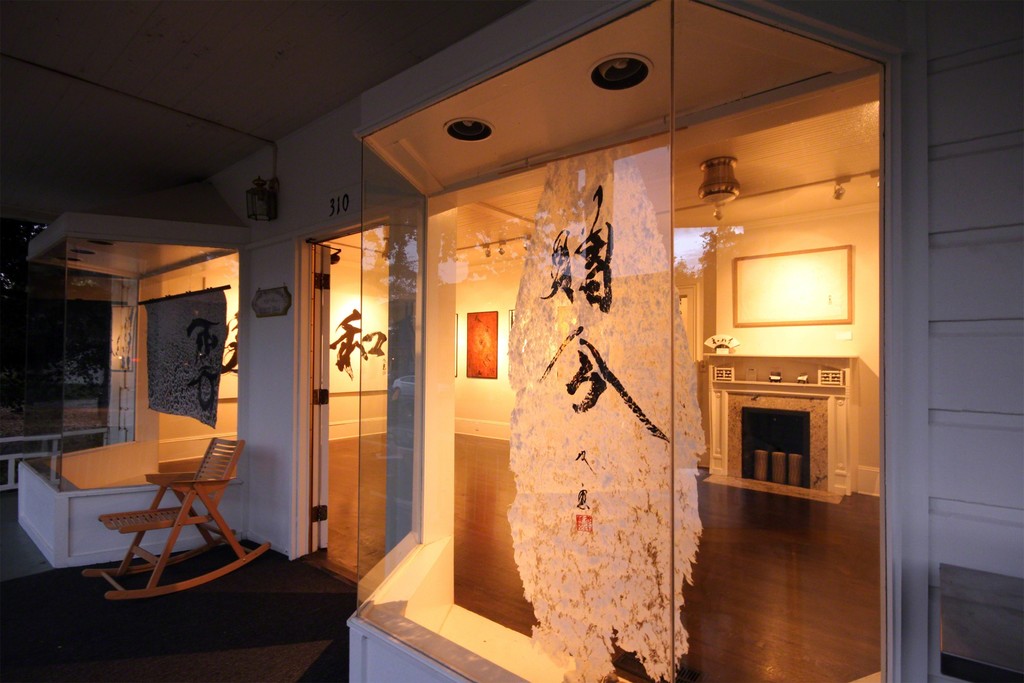 Souun Takeda is one of the most famous calligraphers (Kanji artists) in Japan. His artwork is highly praised for its innovative, yet traditional way of expressing the beauty of the Japanese language and spirit.

In 2012, Souun was first charmed by Ojai; the nature, culture, people, and the vibration running throughout the town touched him very deeply and became the grand inspiration for the works he created for this latest exhibition, titled “Balance.” He believes that calligraphy is one of the world’s most powerful, spiritual art forms. A perfect combination of skill and the creator’s energy and spirit, it is also one of the simplest art forms. For “Balance,” he attempted to harness the energy of Ojai and the people of Ojai’s thoughts, imaginings, and spirit, and through his brush, render them into stark black and white. Eleven of his works are on paper by Echizen Washi. Legend has it that about 1,500 years ago a woman taught people in this area how to make paper with the natural materials from special plants for washi.

Souun’s lifelong goal is “to sow the seeds of joyful living and to create a cycle of gratitude for the whole human family.” He always tries to create artwork which inspires people to enjoy active lives and fills people with a sense of

appreciation and happiness. He believes that if a person is filled with a sense of well-being and gratitude, she/he will return those feelings to others. His hope is that a wave of well-being and gratitude will spread exponentially through our global society, and eventually build a more peaceful, better world. He creates his work with an eye towards finding the best way to achieve this goal.

The quality of Souun's work and its power to move people has made him one of the most respected and sought after calligraphers in the world. He has been invited to participate in a variety of projects and engage in a wide range of activities.