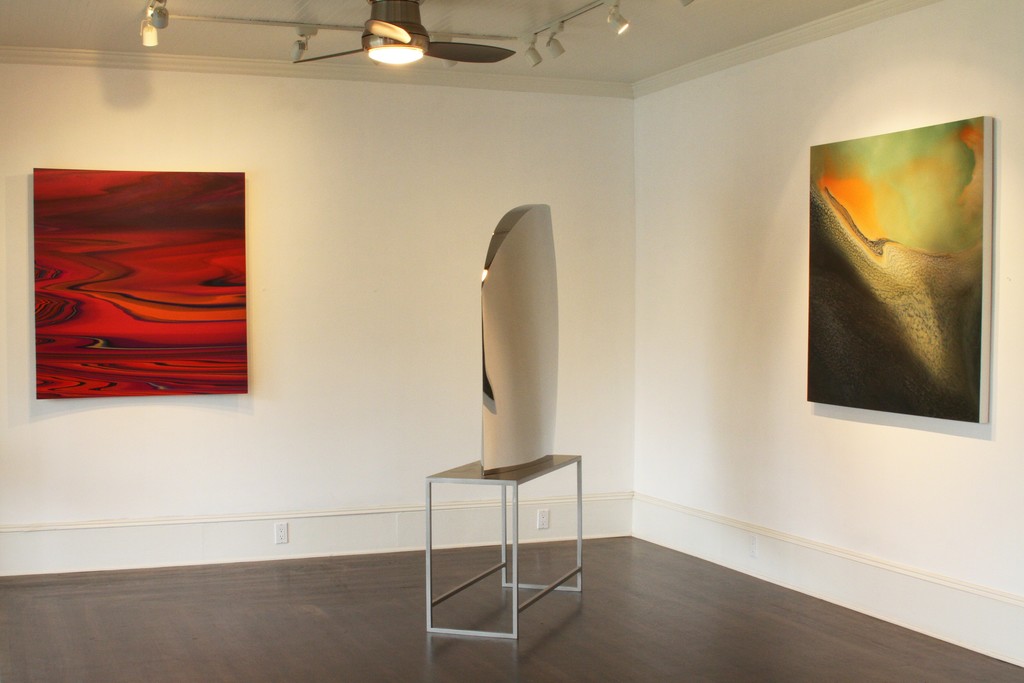 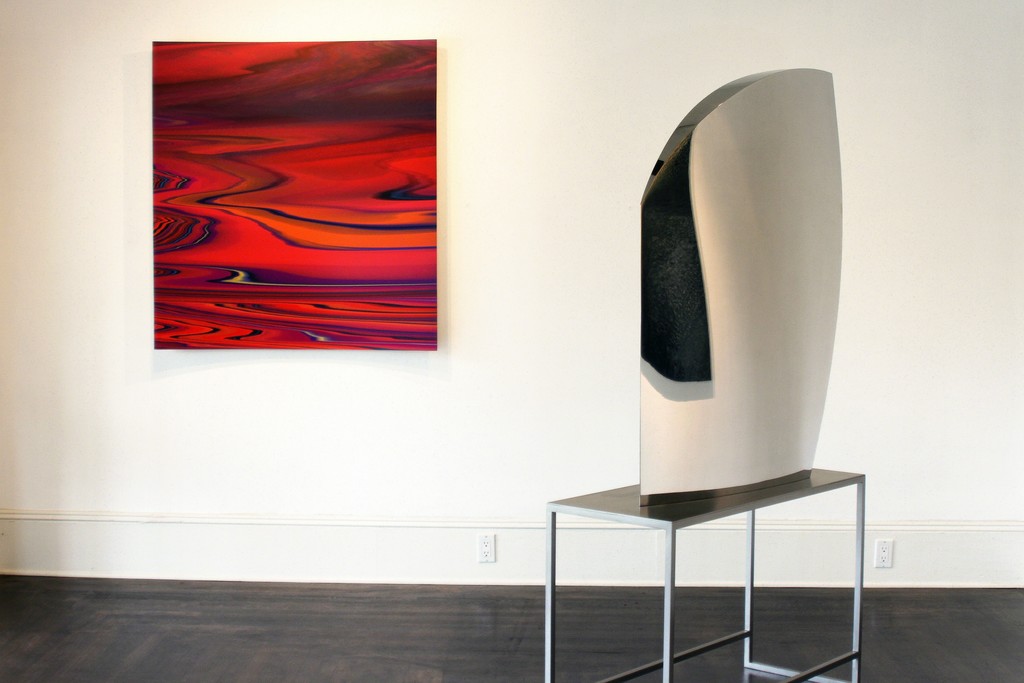 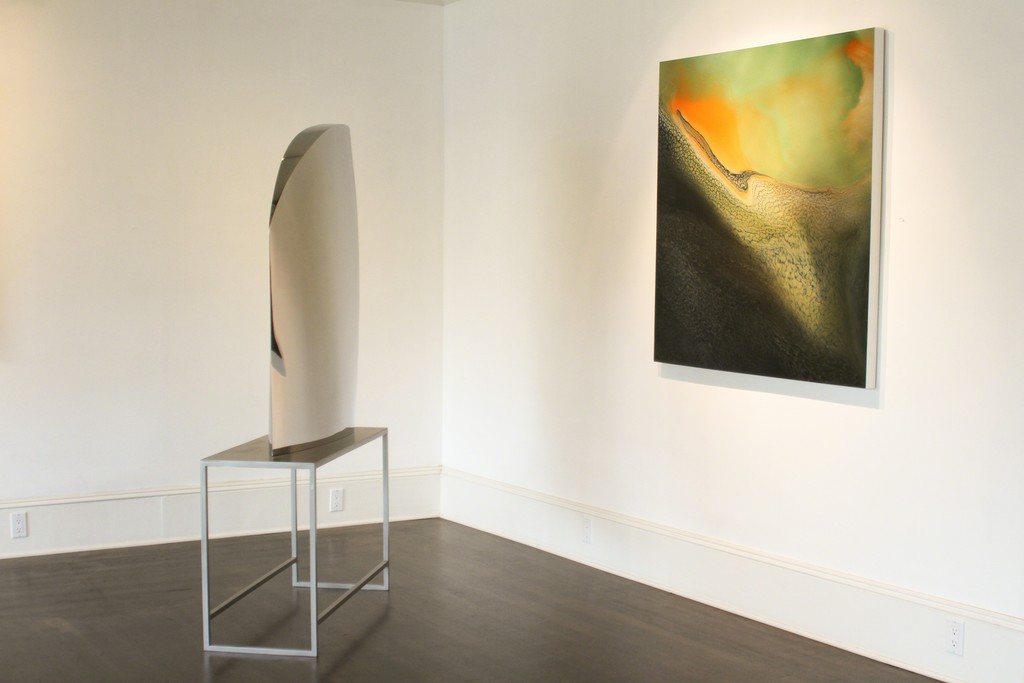 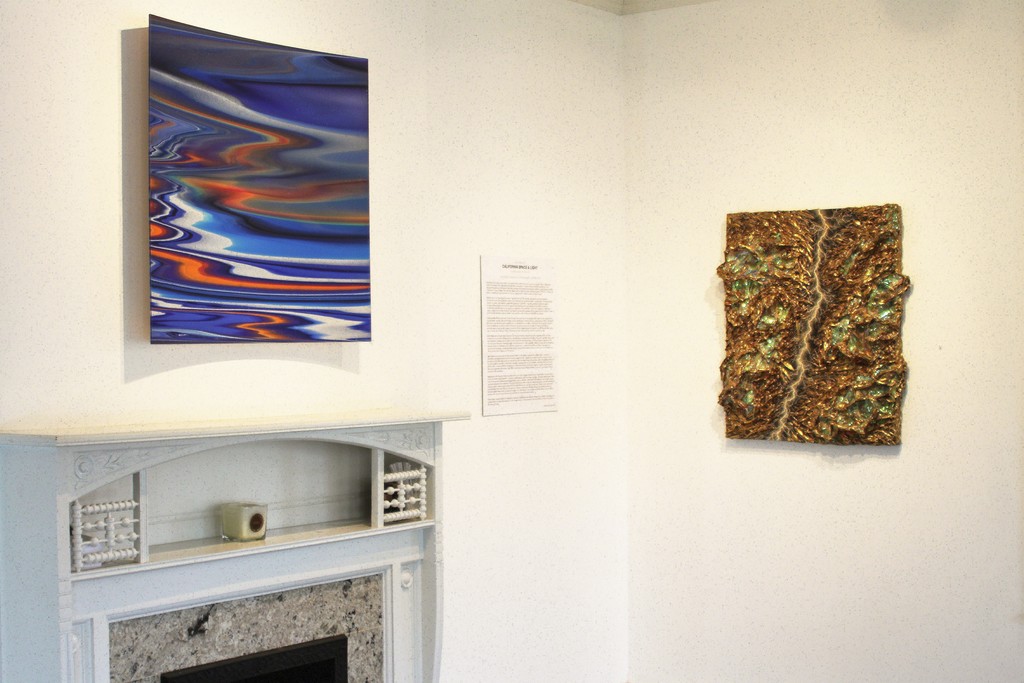 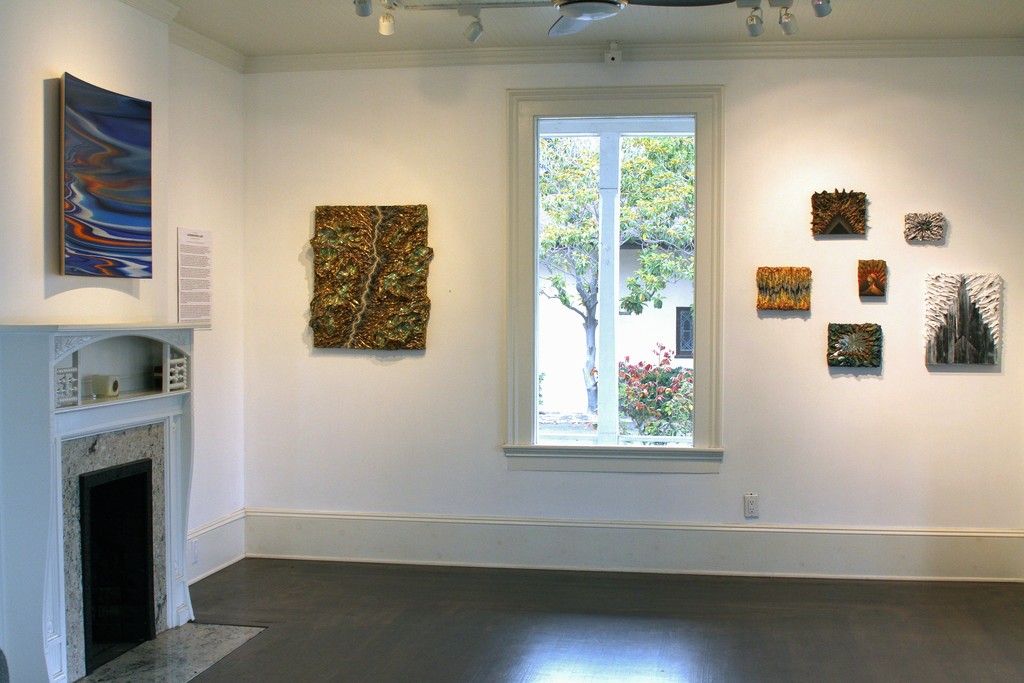 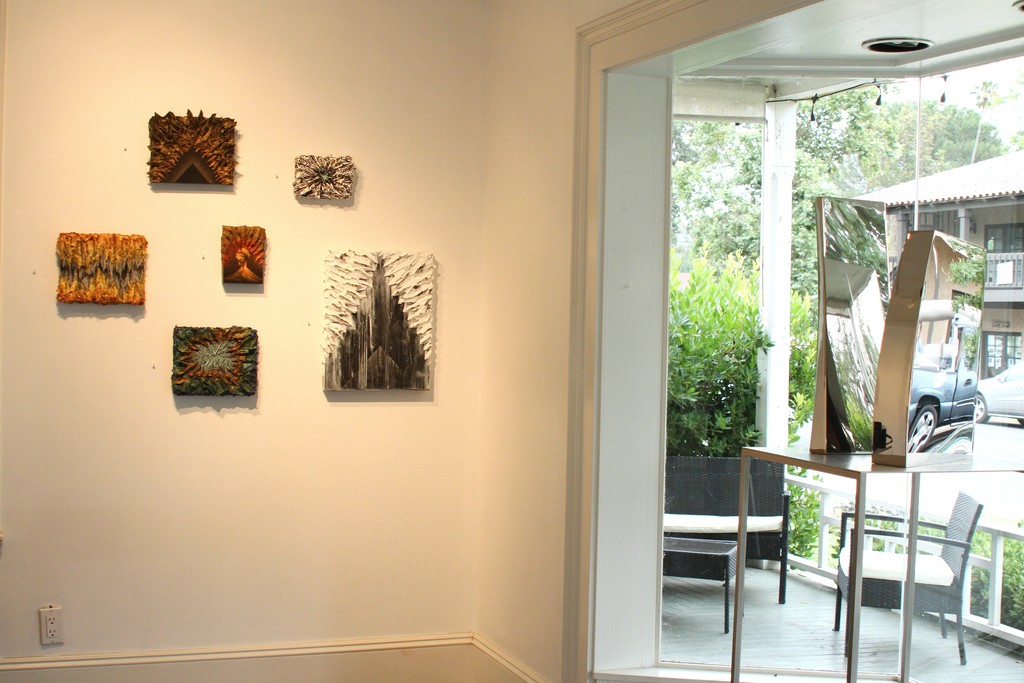 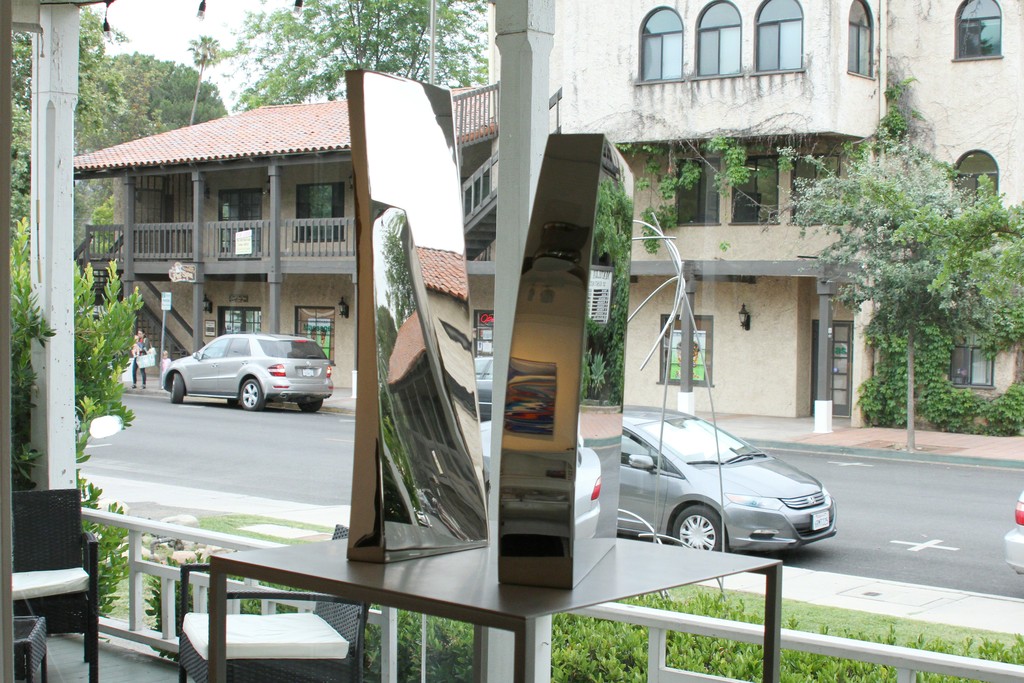 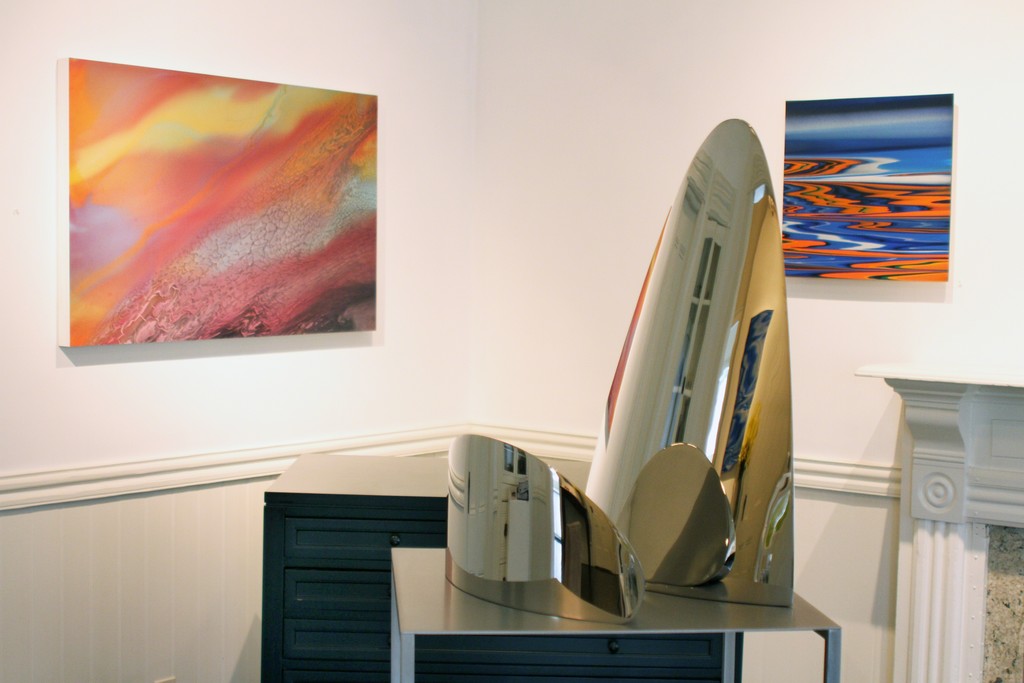 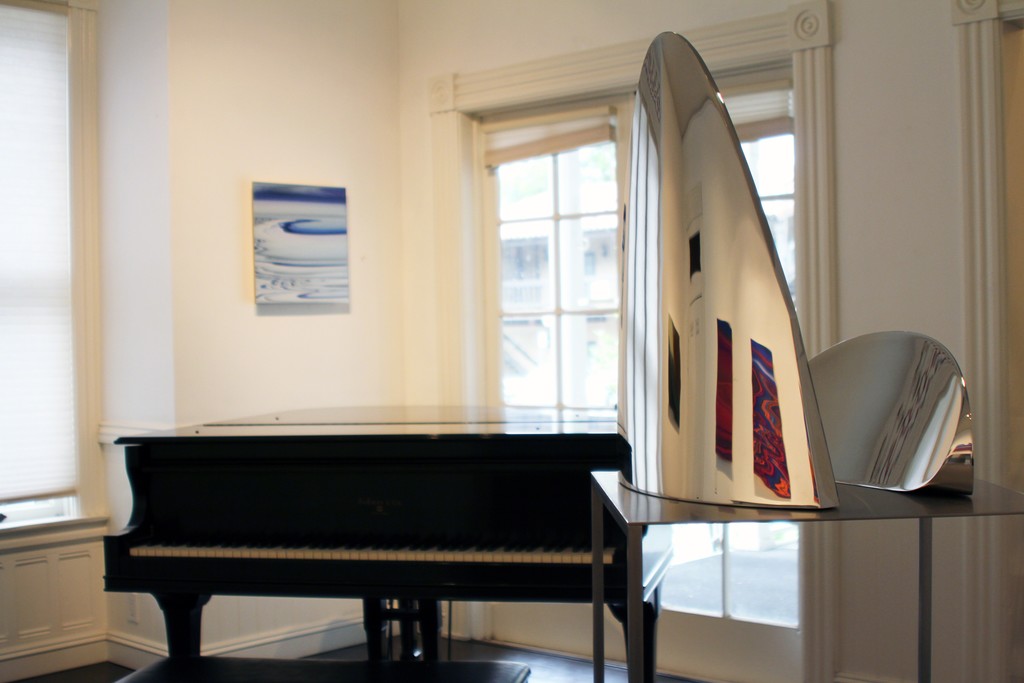 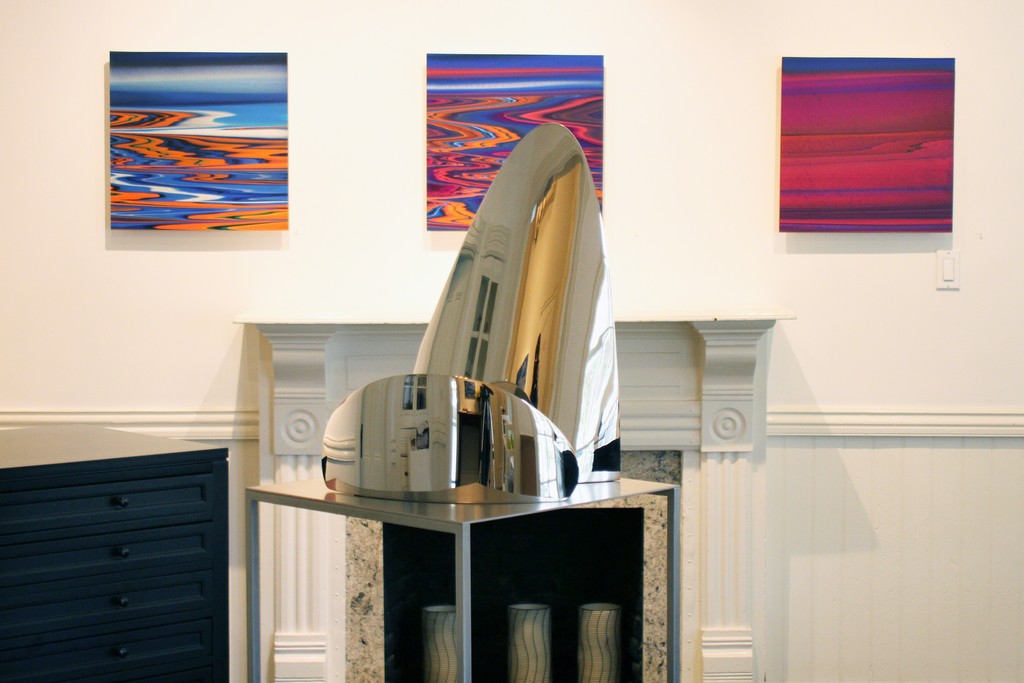 “These artists’ shared penchant for speaking an abstract language to describe the outside world, whether materialist and process-driven or heartily conceptualist, is an impulse formed in the embrace of the natural world, in thrall to the place we share. California.”

Conceived as an annual event, the invitational strives to continue to bring what Eric Minh Swenson in the Huffington Post described as “a new attitude to the region, an attitude that forms a coalition with Santa Barbara down to San Diego and beyond in making Ojai arts not only unique but has it’s special place in arts history.” The exhibition catalog will feature an essay written by Shana Nys Dambrot. A portion of the proceeds from the exhibition will benefit Ojai’s Carolyn GalsoeBailey Foundation.

Kelly Berg
Kelly Berg was born in 1986 in Concord, Massachusetts and raised outside of Minneapolis, Minnesota. She received her Bachelor of Fine Arts Degree from the Rhode Island School of Design in 2008 and has maintained a studio in Los Angeles since 2009. Her work has been featured in exhibitions at The Barrick Museum, The Carnegie Art Museum, The Manhattan Beach Art Center, Mana Contemporary and the Lancaster Museum of Art and History, among other notable venues.

Berg’s paintings are multi-layered works that capture both moments of divergence and convergence in the ever shifting and changing landscape of the earth and how it relates to the human experience. In both color and form, Berg’s paintings relate to the geological and natural phenomena she is exploring with thick mineral and metallic tones and rough lava-like textures. Shards of mirror Plexiglas and metal mesh disrupt the surface suggesting momentous shifts in the earth’s crust and leaves behind evidence from the action she uses to create capturing moments of metamorphosis. The sharp jagged forms and spikes suggesting something chaotic and even violent, yet they are elegantly integrated creating interplay between the exposed flat areas of the surface. These breaks in texture expose carefully rendered and scratched images of caves, lightning, earthquake rifts, volcano calderas, and pyramids like windows into mysterious and sometimes dark worlds. Delicate patterning and accents of rich golds act as an abstracted frame for the imagery, suggesting something both powerful and magical is contained inside.

Brad Howe
Brad Howe began his career in Brazil after studying history at the University of Sao Paulo. His work presents the influence of inquiry into the aesthetics of various cultures and distinct movements in the continuum of art history. His work continues to connect with international communities, exhibiting and completing site-specific commissions both in the US and abroad. According to critic Shana Nys Dambrot in Fabrik magazine, Howe’s high-polished, and high-reflective, steel sculptures create an “experiential narrative…[that] highlights the operational dynamics of perception as an action.” Known for his sculpture practice, Howe’s focus also includes the representation of objects through diverse means, including photography.

Andy Moses
Andy Moses lives and works in Venice, California. He was born in Los Angeles in 1962 and attended California Institute of the Arts from 1979 to 1981. At CalArts he focused on performance, film, and painting, studying with Michael Asher, John Baldessari, and Barbara Kruger. In 1981 he moved to New York and worked for the artist Pat Steir. Later that year he developed a type of process painting that is simultaneously abstract and representational. Moses is interested in pushing the physical properties of paint through chemical reactions, viscosity interference, and gravity dispersion to create elaborate compositions that mimic nature and its forces. He was in his first group exhibition at Artists Space in 1986 entitled selections. He had his first solo exhibition in New York at Annina Nosei Gallery in 1987. He has continued to exhibit his work in New York, Los Angeles, and abroad over the past twenty-five years. He moved back to Los Angeles in 2000 were he continues to refine and expand the vocabulary of his specific painting processes, imagery, and interrelationships with the technical and natural world.

Jennifer Wolf
Interested in communicating ideas of history, place and nature in her painting practice, Jennifer Wolf utilizes a combination of natural pigments, historic techniques and modern painting mediums to capture the pure essence of color. Unabashedly beautiful, Wolf’s paintings explore the elemental nature of color and texture. Jennifer keenly controls the flow of her hand-made paints, isolating areas of lacy, textural pattern that overlap spaces of vivid color which blossom across the surface in energetic washes. Wolf’s compositions allude to the natural world in a manner that is both veiled and complex. Henry David Thoreau remarked in 1853 - “I have a room all to myself; it is nature,” - Wolf’s paintings feel like Thoreau’s room, immersive spaces that embrace the viewer in environments that could be under the sea, encased in clouds or inside the faceted walls of a gemstone. Jennifer Wolf is from Ventura, CA. She received her BA in Art History from UCLA and her MFA from Otis College of Art and Design.