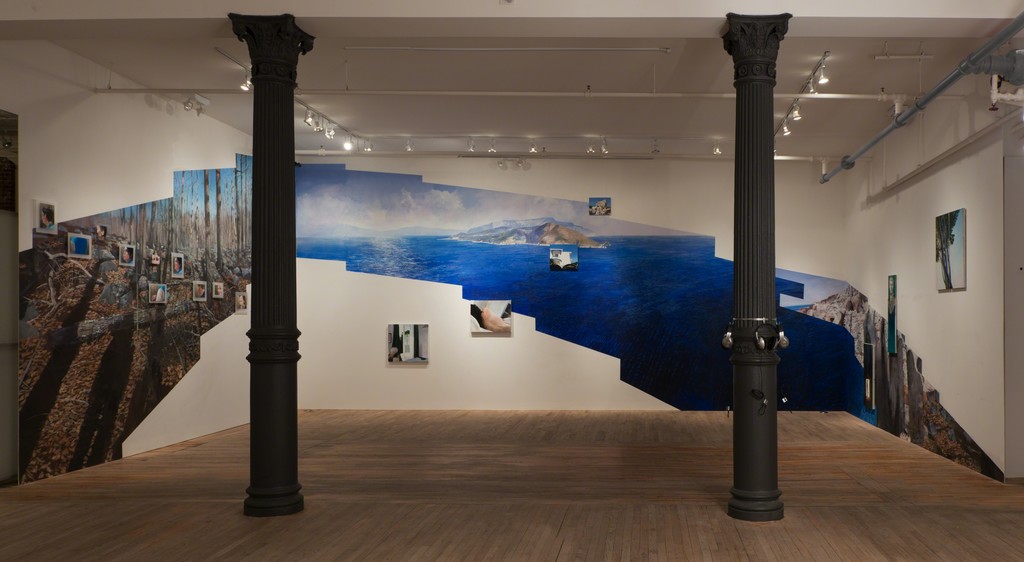 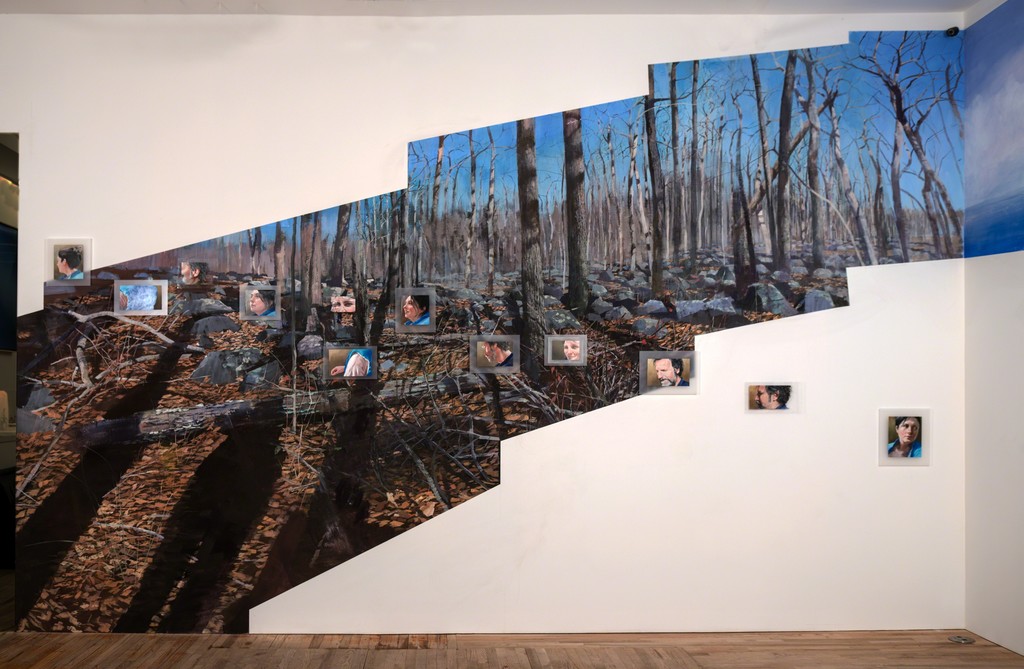 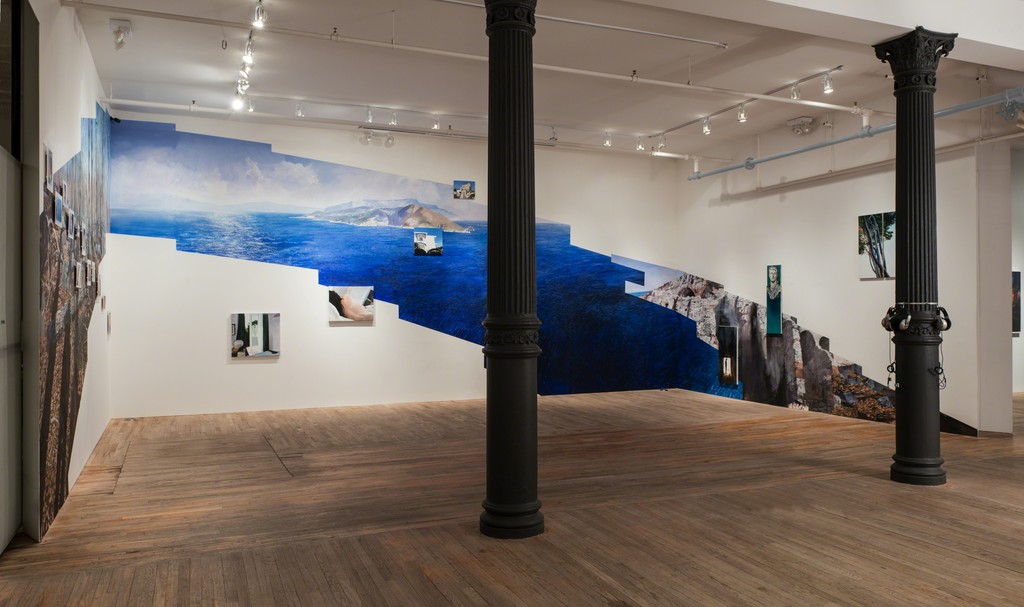 Memory has its own special kind. It selects, eliminates, alters, exaggerates, minimizes, glorifies, and vilifies also; but in the end it creates its own reality, its heterogeneous but usually coherent version of events; and no sane human being ever trusts someone else's version more than his own.
-Salman Rushdie, Midnight's Children

A November walk in a New Jersey forest by an artist and his wife leads to a memory of their earlier trip to Capri. Two places, two people, a story suspended between two recollections. In psychology, memory is the process in which information is encoded, stored and retrieved. As a painter how do you depict a memory, how do you share it, how do you construct it visually? Not simply illustrate it, but capture the fractured, transient, subjective moment shared with another person who may remember it differently.

Best known for his monumental wall installations, here, in The Fall, the artist Adam Cvijanovic has started with an 80-foot gallery wrapping wall piece, but then he has added dozens of smaller paintings ranging in size from a few inches to several inchesacross. In The Fall these images flow with an erratic rhythm from the empty walls to cover parts of the larger mural, weaving in and out of the same recollection, constantly re-depicting the same moment, like the light held by the shards of a broken mirror, each image describing in paint a slightly different perspective of the remembered moment.

A short story of that day, that walk, that time, written and narrated by Cvijanovic is available via audio guide or downloadable sound file. It provides a matrix to decode the images in the paintings, put the puzzle together, trace the macro and micro elements to re-present and re-invigorate a moment gone forever, yet captured through paint and voice.

This will be Adam Cvijanovic second show at Postmasters. A large survey exhibition of his works, American Montage, opened May 15 at the Kempner Museum of Art in Kansas City Missouri.