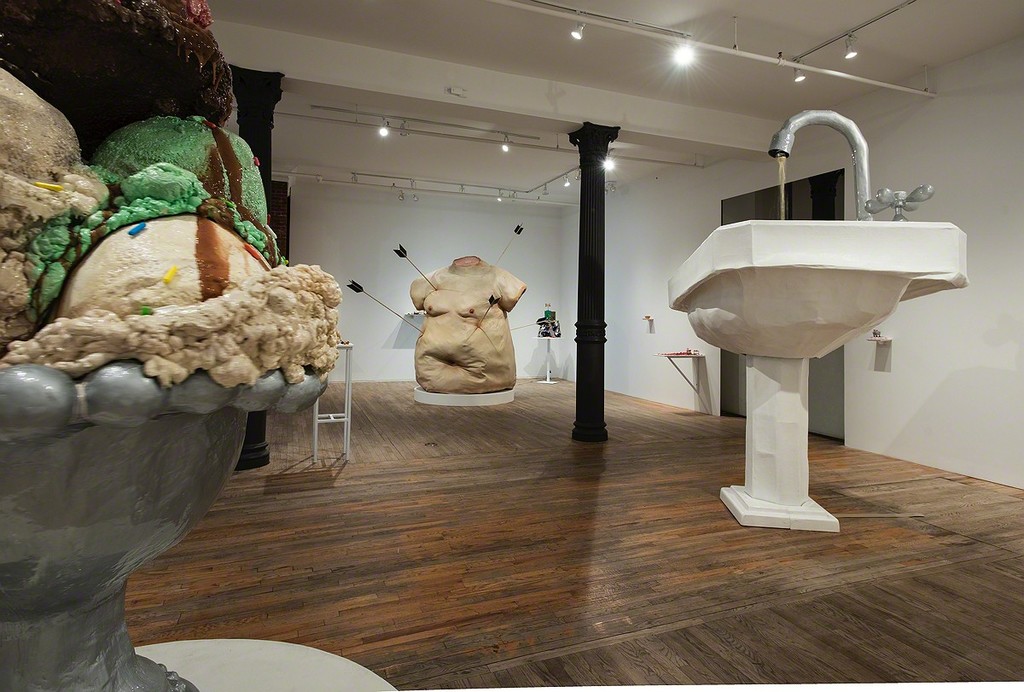 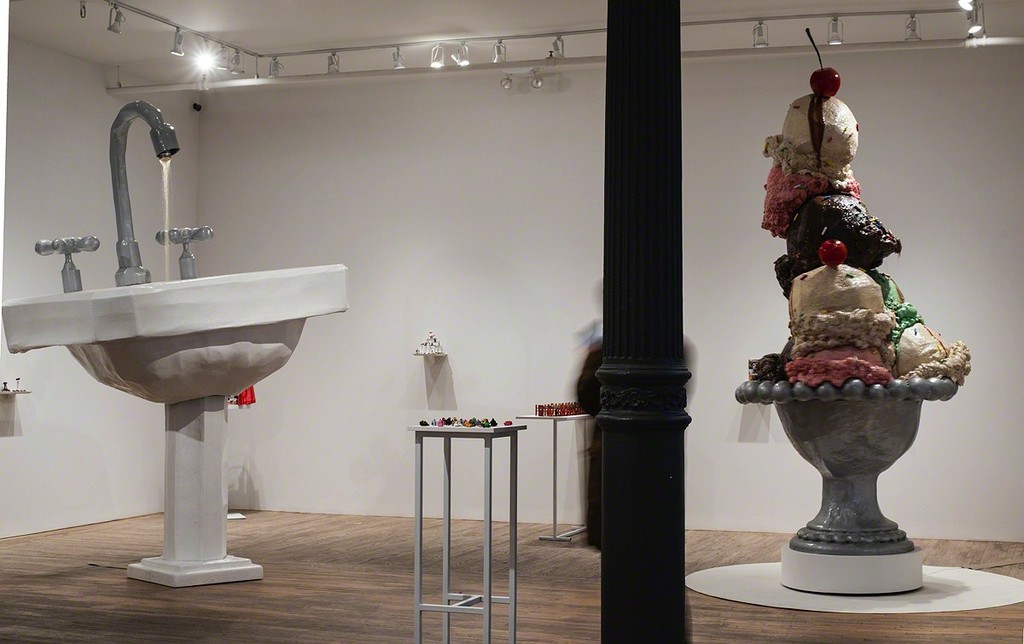 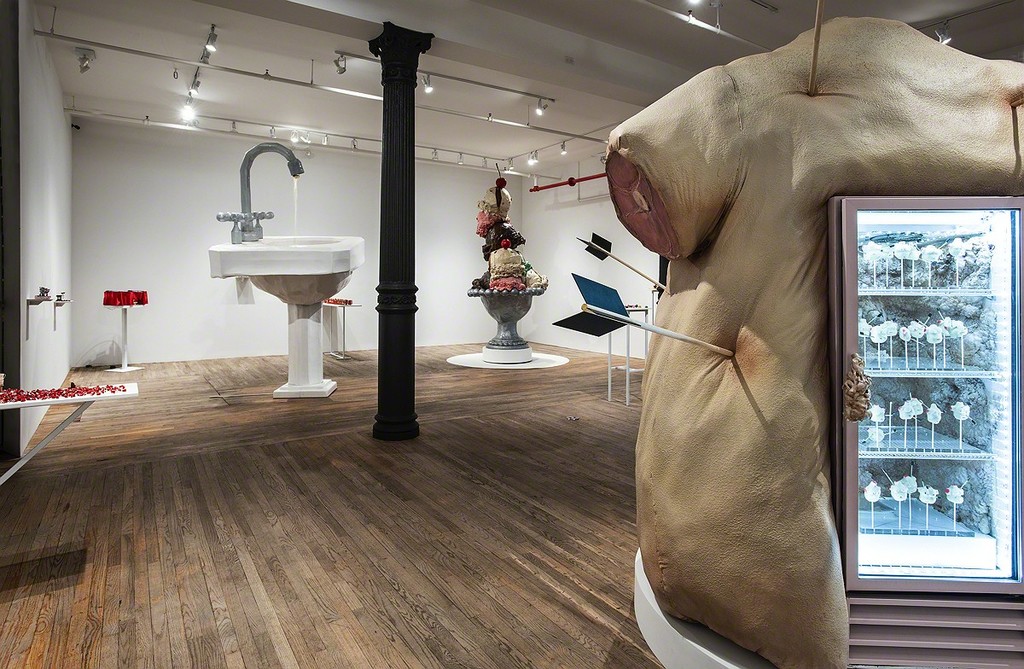 For their second solo exhibition with Postmasters Jen Catron & Paul Outlaw present a contradictory show of the tragic and the mundane, of logic that breaks down into absurdity. Dada artist Tristan Tzara once said dada can be god, or his toothbrush. It is with this perfectly sensible nonsensical logic that the artists present works that are both endearing and insane, that range from a miniaturized version of Alex Jones’ bathroom to a massive euphoric ice cream chocolate fountain. Reflecting upon the past years’ daily mundanity being punctuated by insanity, the works oscillate between tragedies in belief (such as tiny replicas of cult suicides) and humorously absurd monumental objects.

The world feels like it might crumble, or triumphantly save itself. It’s within this state of limbo and chaos that Catron & Outlaw present oversized sculptures outfitted with fountains and participatory elements that monumentalize the confusion and surreality that comes from discerning truth from truthiness. The audience is invited to dive into an exploration in belief systems in an attempt to discern how we have arrived at this uneasy tipping point. Swim-able oversized sink pouring dirty water contrasts with miniaturized evangelical end-of-world money-making pyramid schemes and conspiracies. Viewers will pay witness to historical rituals and be drawn into microcosms of bizarre yet normalized world views while considering, and ultimately giving in to, the absurdity of our own creations. The works are both everything and nothing, logic and nonsense, spiritual and nihilistic, god or a toothbrush.