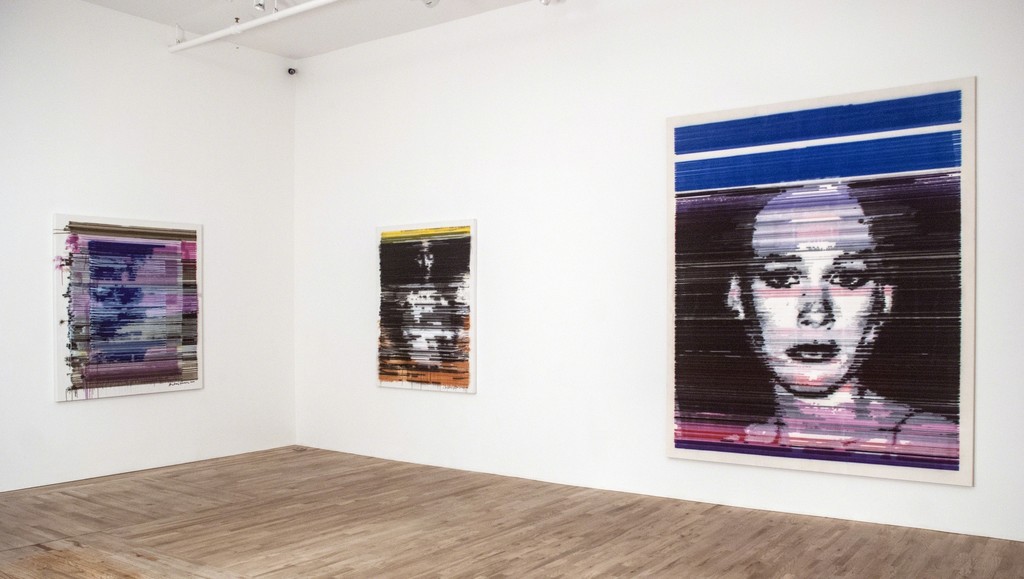 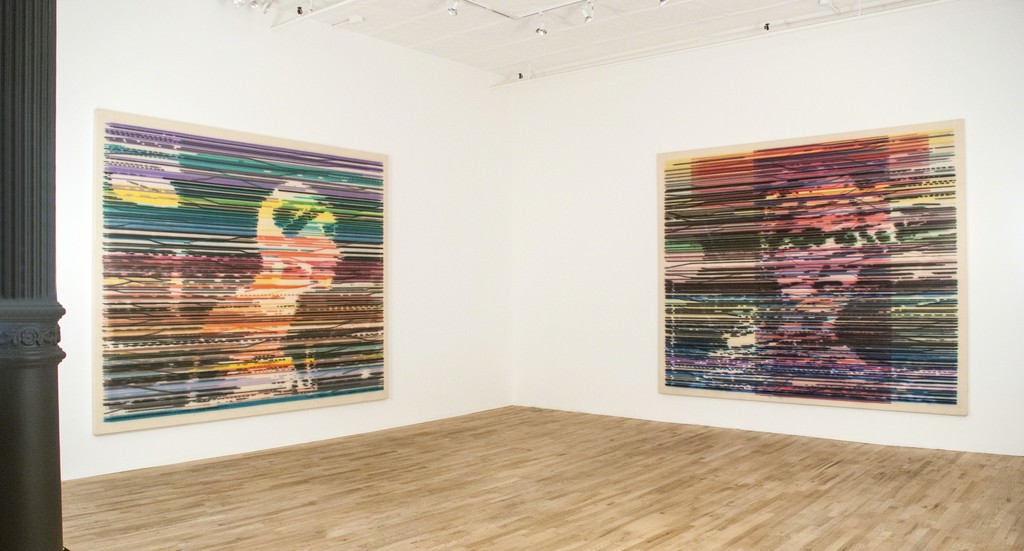 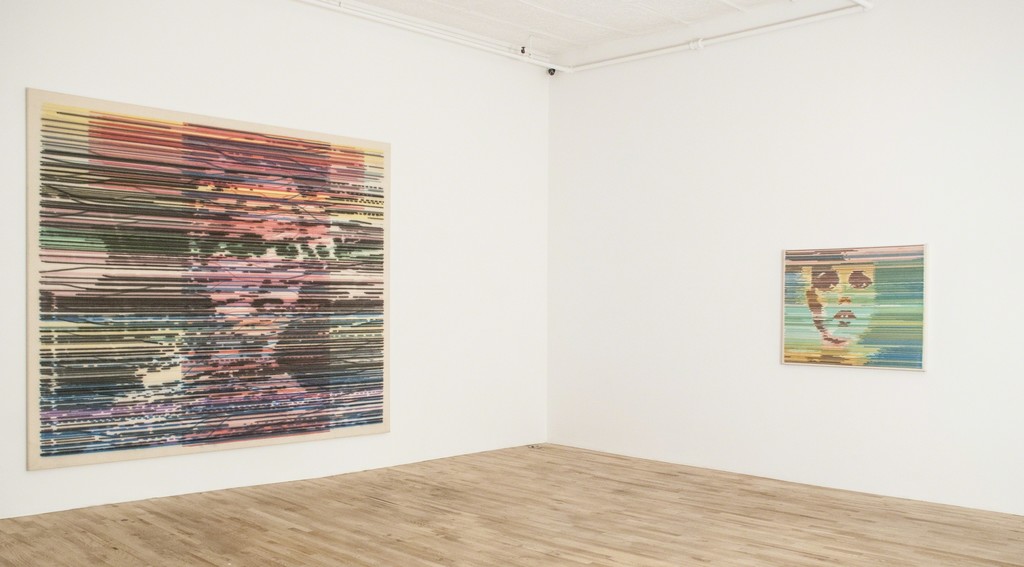 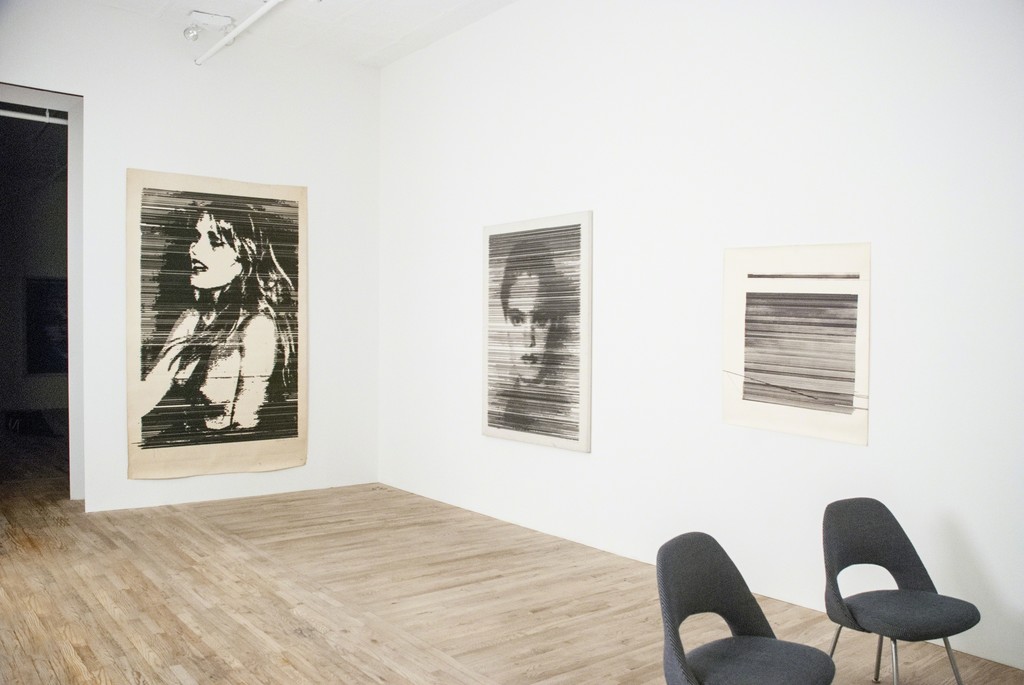 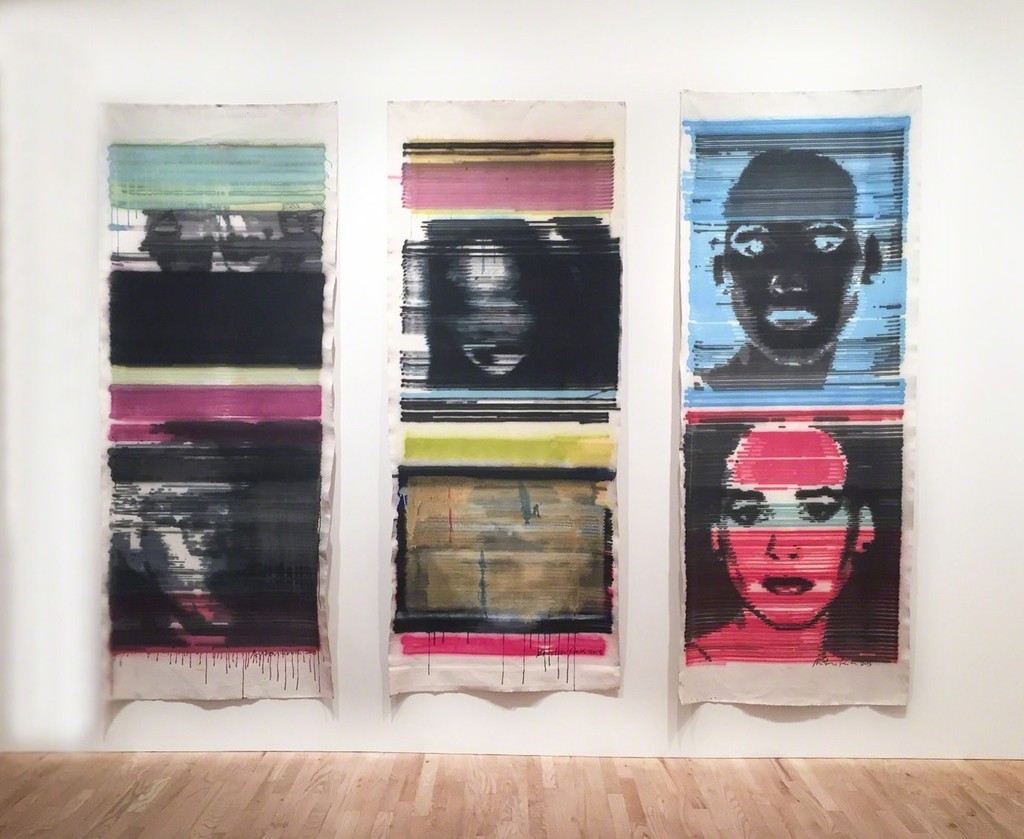 In 1978, inspired by the image-making processes of video technology in which he'd immersed himself as a pioneering producer of underground television in New York, Anton Perich developed a colossal electric painting machine, a painterly precursor to the inkjet printers of today.

Postmasters announces the first large-scale exhibition of Anton Perich's electric paintings, which includes a full range of early and recent work, both abstract and figurative. The exhibition will also include screenings of a selection of Perich's art world ur-reality TV series, which aired on Manhattan's public access cable channel beginning in 1973.

Anton Perich arrived on the New York art scene in 1970, as a photographer and pioneering videographer. I got a still camera and went shooting every night, he said, and his images-including those he published in Night, the magazine he founded in 1978-captured the personalities and happenings of this wild moment in the city's history. Seeking to collapse the gap between this tumultuous, creative reality and the sanitized world presented on the mainstream television of the day, Perich started shooting with a Sony Portapak video recorder. He transformed the craze and excess, the low-res soap operatic dramas of real people, into what we now recognize as reality TV.

Through his immersion in the scene, and his proximity to Andy Warhol, Perich developed an interest in painting and its relationship to his more technological forms of image-making. Video cameras and television tubes encoded and decoded images line by line, like a text. Perich set out to embody this modern transformation of visual information to electronic signal in paint. The result was the electric painting machine, which painted canvases up to 12 feet using airbrushes controlled by a photovoltaic scanning mechanism. The unexpectedly expressive aesthetics of this technological mediation continue to occupy a central place in Perich's painting practice.

Executing paintings line by line, in a process that would become familiar with the advent of inkjet printers, the painting machine enabled Perich to find his own electric brushstroke, even as it ostensibly removed the artist's hand from production. Warhol recorded in his diary: They said Anton was home with his painting machine and I was so jealous. My dream. To have a machine that could paint while you are away. But they said he had to be there while it painted because (laughs) it clogs up. Isn't that funny?

Perich's experimentation led him to create large-scale paintings, some that reproduced his iconic photographic images and some that were abstractions, electric noise, painting fields of color and lines fed by him into the machine. While his portraits reveal the ghost of an image, his uncropped abstract canvasses shift the focus of attention from the rich finished surfaces to the edges of the painting where the picture-writing process is laid bare. Machines are made to be perfect. In mechanically or electronically created contemporary artworks glitch/mistake/imperfection is often re-introduced into the outcome as if to humanize the tool. Perich calibrates his machine paintings, though, to be just precise and perfect enough to capture the essence of the image and the process.

The early paintings were made on raw canvas with acrylic or oil paint. In some places the paint gently permeates the canvas; in others the layers of paint have built up to a rich, voluptuous, and intense surface.

Recent paintings are often painted on fully or partially gessoed canvas, which keeps the paint on the surface. Sometimes coalescing into low-res images, sometimes dissolving into abstraction, Perich's surfaces always revel in their own materiality, as layers of paints of differing consistencies variously build up, drip and run. A sophisticated colorist when called for, Perich also references the visual intensity of his photography by narrowing his palette to the greyscale spectrum.

Perich is not afraid of scale, his Blow Up-like monumental canvases are in open conversation with the large-scale experiments of his peers. What emerges from his body of work is a consistent, fearless, investigative artist, always true to his time, then and now. An artist parsing out the visual cacophony of his videos, navigating the sirens of mediation, and creating minimalist expression in his evanescent, nearly abstract paintings. The missing link between late Warhol and early digital art.