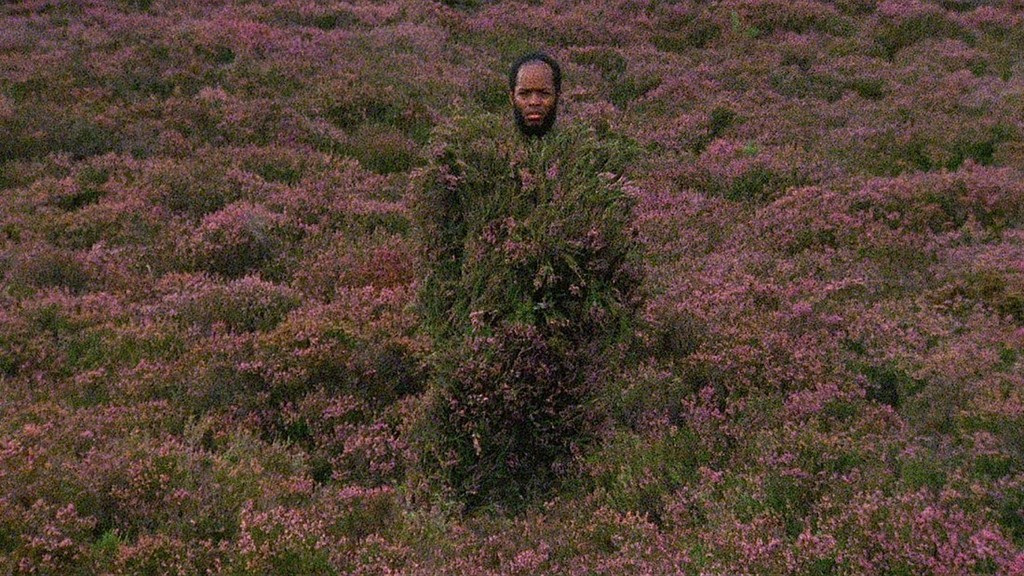 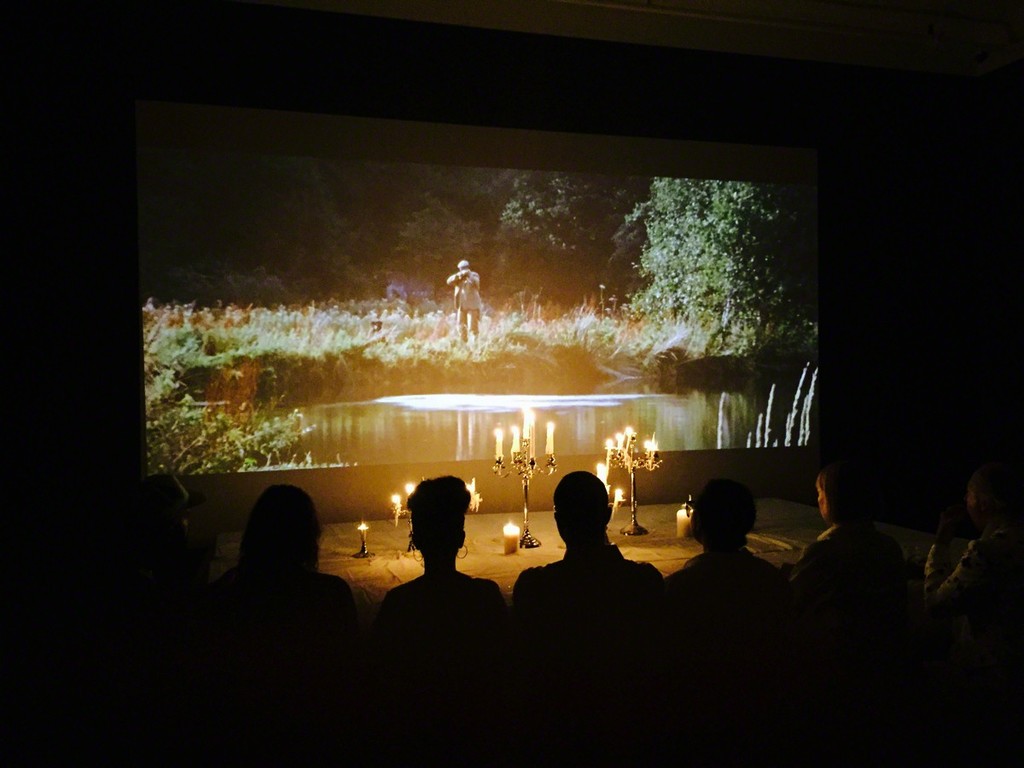 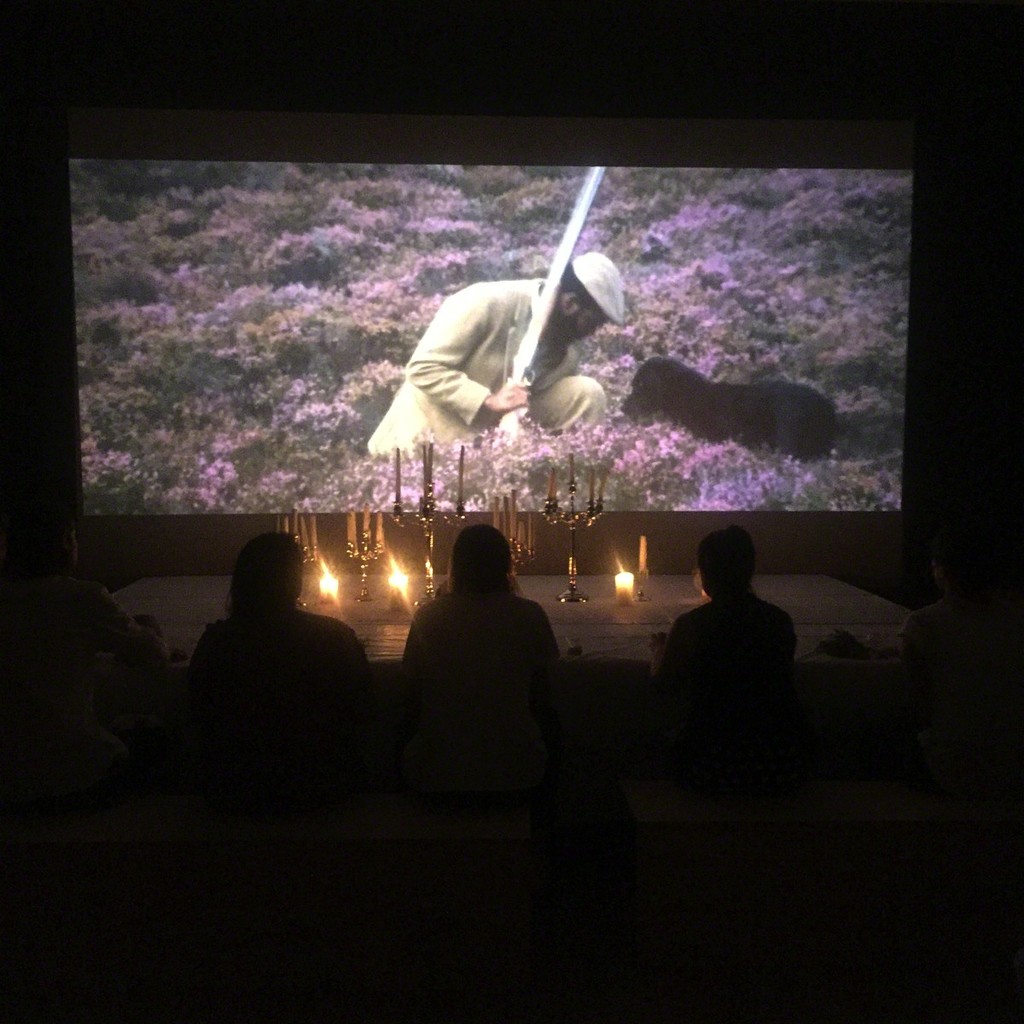 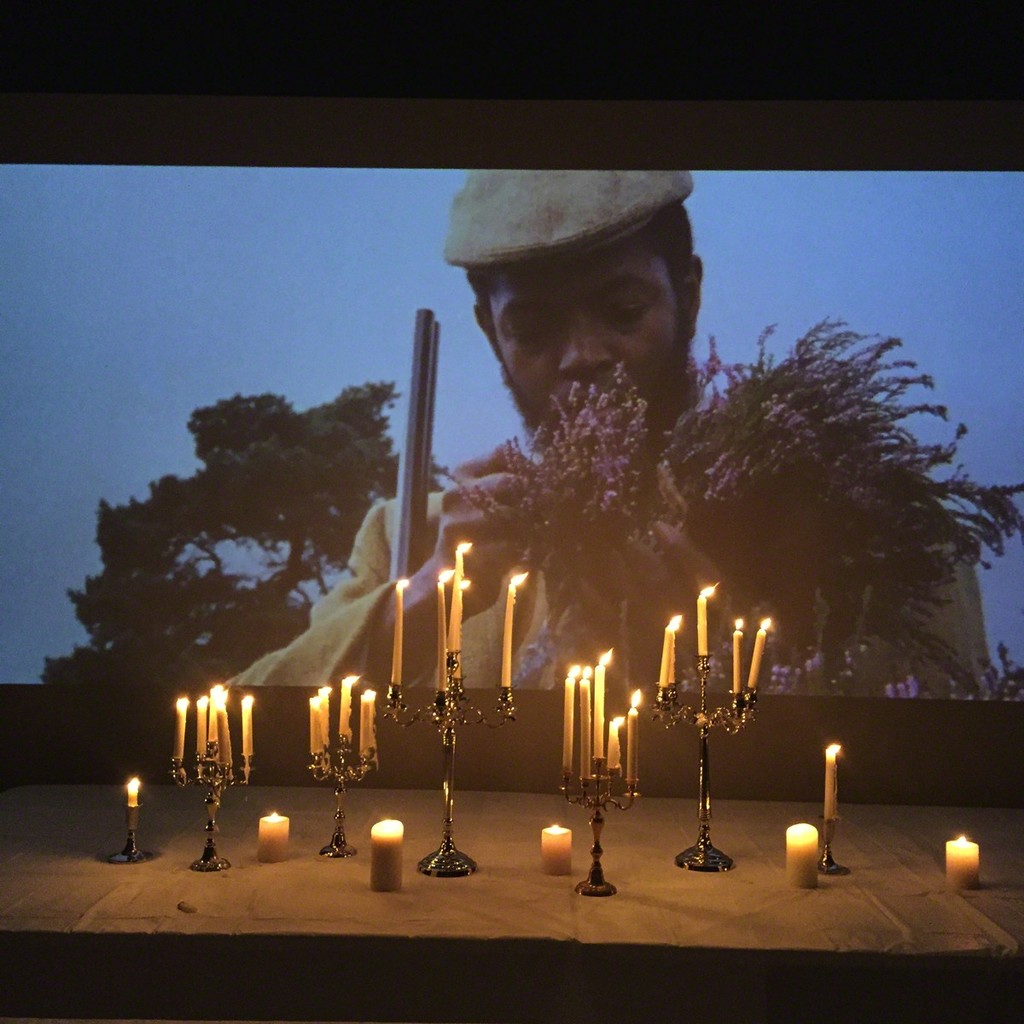 The event is a culinary installation of Hugh Hayden and Zach Heinzerling's short film, Hugh the Hunter, organized by Paulina Bebecka to take place at Postmasters Gallery this coming August 12th to coincide with the Glorious Twelfth, the first day of grouse hunting season in the UK.

THE FILM
The film uses the backdrop of a traditional grouse shoot to explore the anthropomorphization of nature in Hayden's artwork as a way of looking at ourselves.
The film was created last summer during Hayden's three-month artist residency at the Glenfiddich Whiskey Distillery where he was the American representative.
It was shot in the environs around the Distillery involving many people from the local community including the owner's of a castle, the bird trainer for Harry Potter films and gamekeepers at the Glenrinnes Estate.
The film was directed by Zach Heinzerling who was nominated for a Best Documentary Academy Award for his feature film Cutie and the Boxer last year.
The film world premiered this year at the Sundance Film Festival in the Narrative Shorts Section.
Please view the film trailer here: https://vimeo.com/120489106

THE INSTALLATION
The installation is an immersive film and gastronomy pairing.
The installation will heighten the experience of the film through simultaneously eating at a table that is a visual extension of the film's final scene of birds of prey perched at a dining table.
  
 Each guest will be served a whole roasted quail artistically camouflaged by fresh herbs to appear to as a shrub that they must pluck and eat with their hands throughout the film screening.
The dish is being conceived and created with the culinary team of Ghetto Gastro, D'Artagnan and Glenfiddich as a "chicken n' waffles" remix of the traditional combination of "roasted grouse with bread sauce and game chips."
The installation as a whole is conceived as a way of exposing Hayden's artwork, hunting, gastronomy and Scotland to a diverse and wider audience.

HUGH HAYDEN
The Dallas native received a Bachelor of Architecture from Cornell University in 2007.
Upon graduation, Hayden won the prestigious Skidmore, Owings & Merrill Travel Fellowship to study the cultural origins of food- related architecture, art, and design abroad.
Additionally at Tihany Design during and after college Hayden worked on the designs of new restaurants for industry leaders-- Heston Blumenthal, Daniel Boulud, and Pierre Gagnaire.
Since college Hayden has hosted culinary and dining installations that seek to heighten the experience of consuming food. Coming from a non-traditional fine art background Hayden's practice has developed through the participation in several of New York City’ most competitive artist-in-residence programs including AIRspace at Abrons Art Center, Workspace at the Lower Manhattan Cultural Council and the Emerging Artist Fellowship at Socrates Sculpture Park.
This past summer Hayden participated in the Glenfiddich Artist Residency Program in Dufftown, Scotland.
Hayden recently had his first artwork published in Nature Morte: Contemporary Artist Reinvigorate the Still Life.
Hayden has exhibited both domestically and internationally including exhibitions at MoMA PS1 and the Whitney Museum as well as commissions from the Pittsburgh Cultural Trust,Alexander Wang, Cabinet Magazine, Lacoste, and VH1+Scope Art Fair.

ZACH HEINZERLING
Zachary Heinzerling is a filmmaker based in New York City.
Heinzerling's debut feature CUTIE AND THE BOXER premiered at the 2013 Sundance Film Festival where it was awarded the Directing award, went on to win prizes at many international festivals, and was nominated for an 2014 Academy Award for Best Feature Documentary.
He began his career at HBO where he worked on four consecutive Emmy Award-winning documentaries and the Emmy Award- winning series 24/7, working as a Field Producer and Cinematographer.
In 2014, Zachary was enlisted by Beyoncé Knowles-Carter to direct the five-part web series “Self-Titled” for her latest album, “Beyoncé.” His latest film, Hugh the Hunter, premiered in January at the 2015 Sundance Film Festival in the Narrative Shorts Section.

POSTMASTERS GALLERY
During its 30 years Postmasters is showing young and established artists of all media. We actively seek new forms of creative expression and show them in a context of a variety of mediums.
The artworks are generally content oriented, conceptually based, and - most importantly - reflective of our time.

GHETTO GASTRO
Ghetto Gastro is a Bronx-based culinary collective and a guerrilla movement of chefs that's fueling the future of food by creating new understandings of fine dining through inflecting meals with nuances of pop culture and vernacular cuisines.
“We are stripping the stigma associated with fine dining and removing the barriers to great food experiences.” - Jon Gray, founder

D'ARTAGNAN
D'Artagnan is the premier US importer and purveyor of quality game in the US and has provided quail and other ingredients for the installation.

GLENFIDDICH
Glenfiddich has generously provided whiskey for the installation.
Glenfiddich Whiskey Distillery hosts an international Artist Residency annually at is Dufftown, Scotland headquarters.
Glenfiddich is party of William Grant & Sons, an independent family-owned distiller founded by William Grant in 1887 and today still controlled by the fifth generation of his family.
The Glenfiddich Artists in Residence Prize is very close to the Grant family's heart with the art created taking inspiration from the distillery and its surrounding area which has been home to the Grant family for five generations.