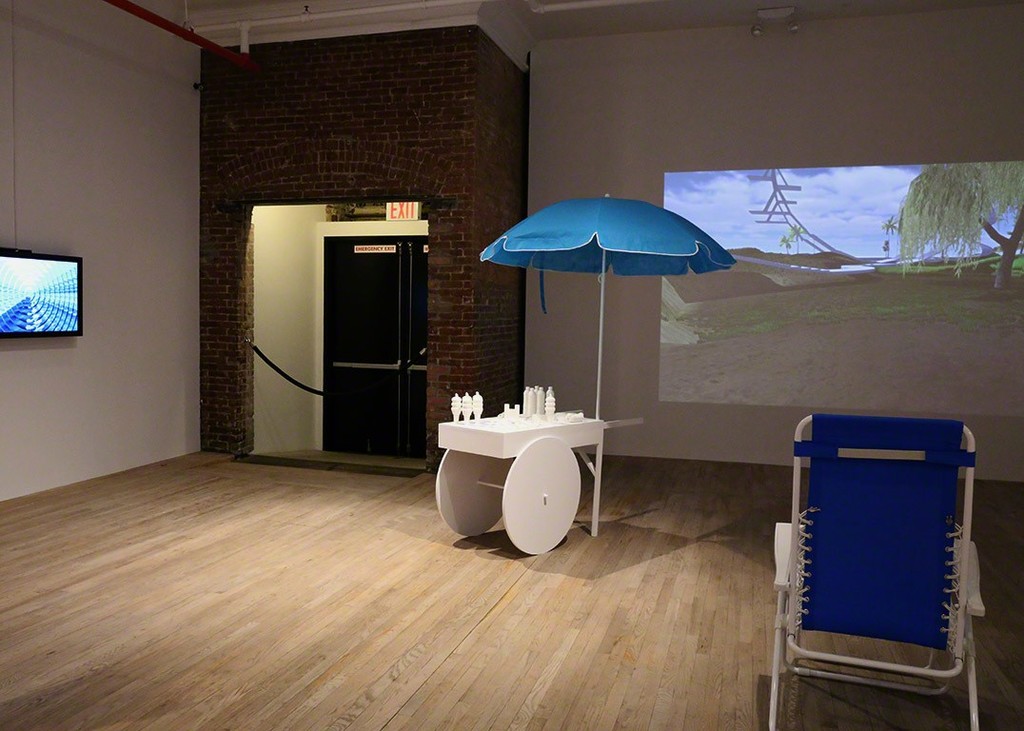 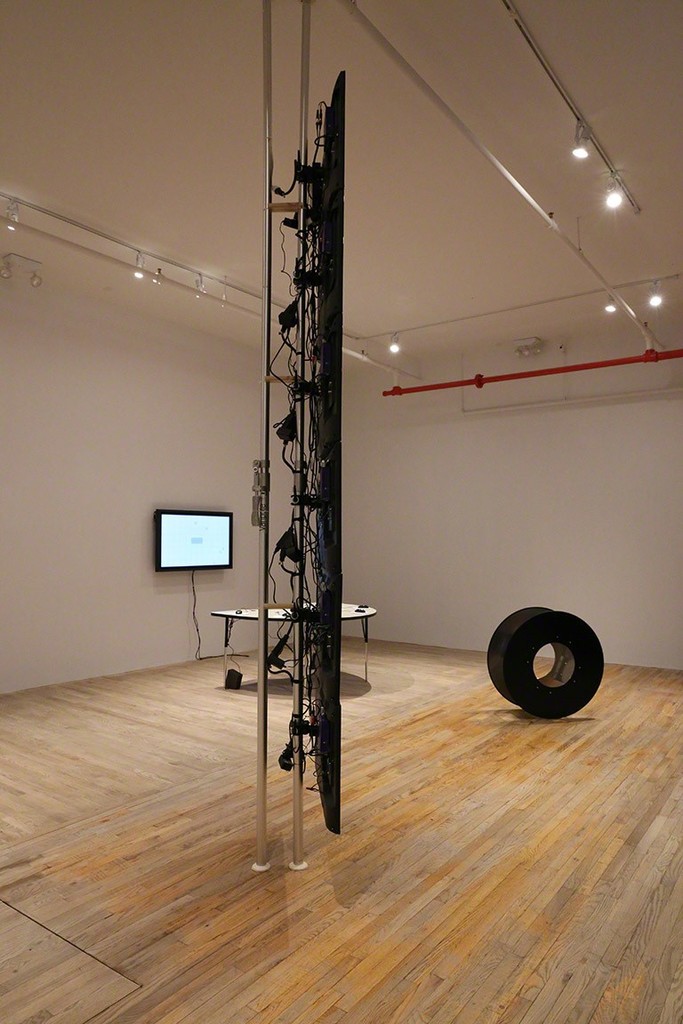 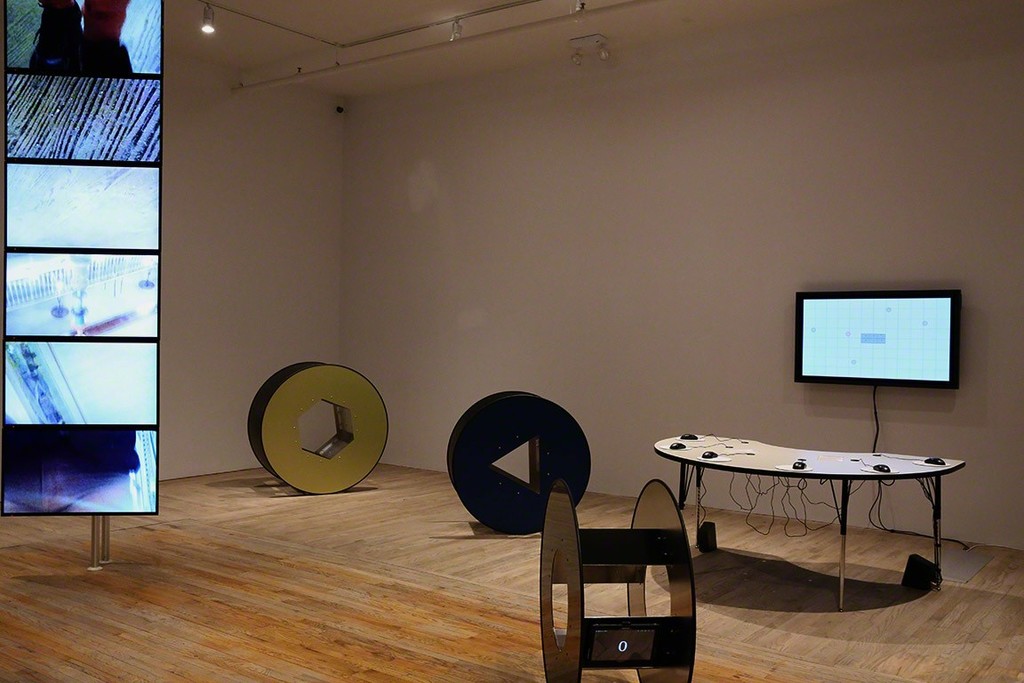 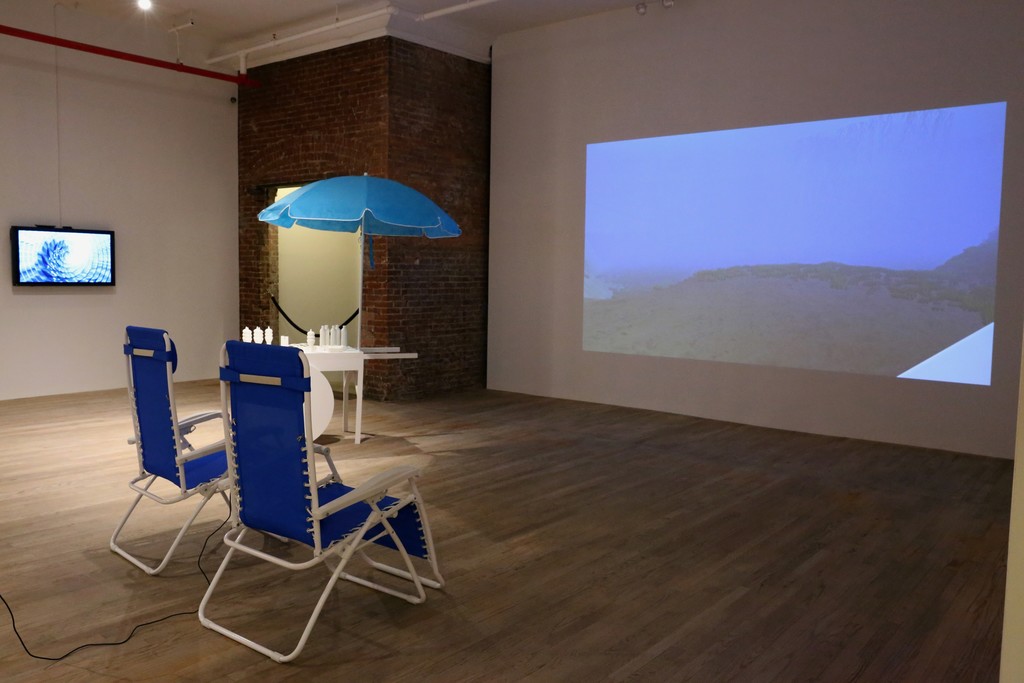 [Intro]
Postmasters is pleased to present an exhibition of new works by Kristin Lucas and Joe McKay that
playfully redirect the user experience away from everyday prescriptive movements.

Lucas investigates the uncanny and disorienting influence of digital technologies as they disrupt
traditional notions of self, order and place.

McKay makes games with alternative interfaces that call to question our interactions with ubiquitous
technologies.

The show will include individual works of each artist as well as a group of interactive sculptures, Tablet
Tumblers. Tablet Tumblers are made collaboratively by Lucas and McKay under the collective name
Electric Donut.

[Food for thought]
The design of the Tablet Tumbler object has many human-engineered technological references,
including the wheel which allowed for mechanized systems, the cable drum which is used to lay
communication wires across land and sea, and the Google Street View car. Cyclical and cinematic
references include the pre-cinema zoetrope, film loop, animated GIF, and programmed computer
routine. Considering that interaction with the object requires human will and physical power, there is a
playful connection to the story of Sisyphus who is compelled to push a rock up a hill over and again.
There is also a mythical connection to the recent Japanese video game Katamari Damacy in which users
participate in a narrative by pushing a magical adhesive ball around the city and its surroundings,
collecting increasingly larger objects from thumb tacks to people to airplanes to mountains until it the ball
is large enough to form a star. From yet another point of view in our fast-changing world of
technological innovation, the Tablet Tumbler object can be seen as tumbleweed of aging technology.

[Credits]
The Tablet Tumbler series was produced with the support of Eyebeam, Foundation for Contemporary Arts
(FCA), SUNY Purchase College, and The University of Texas at Austin College of Fine Arts.