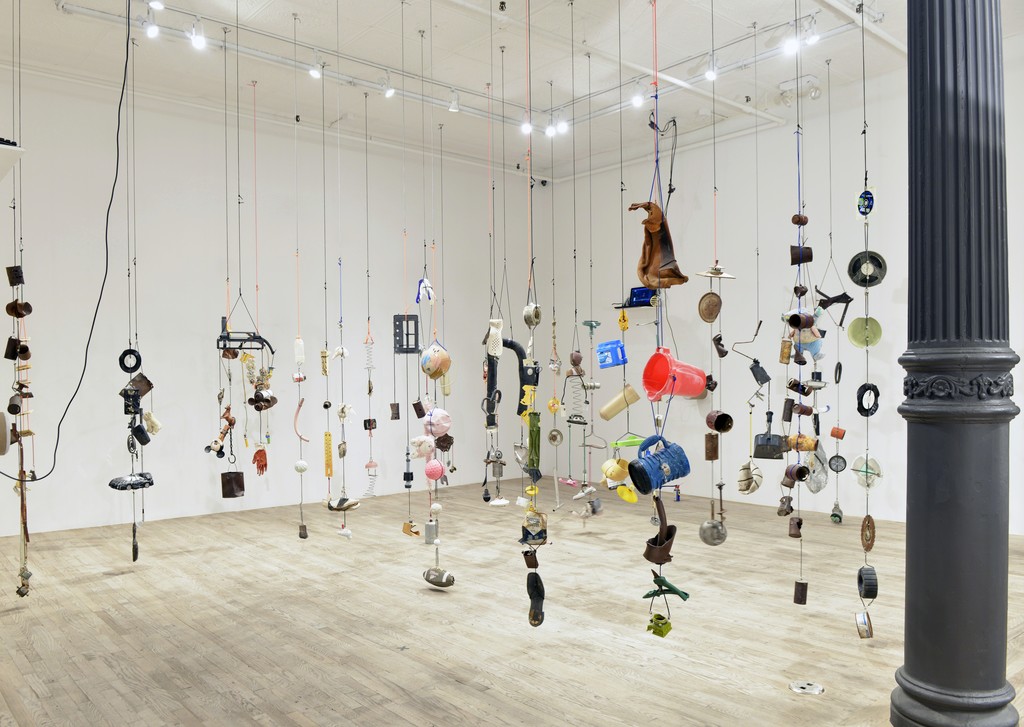 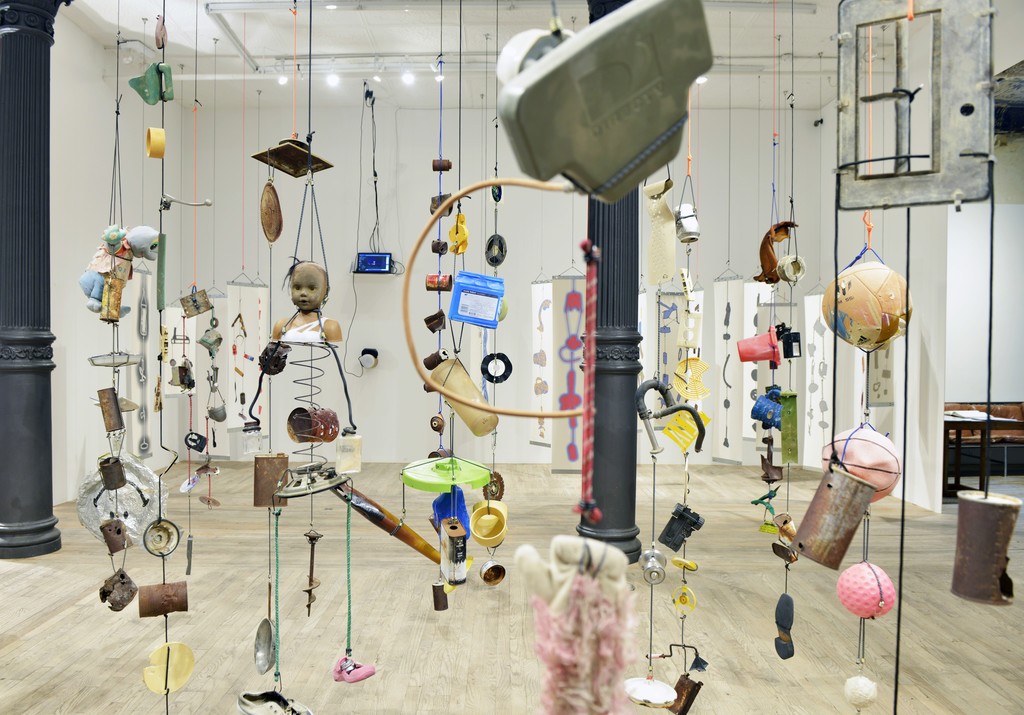 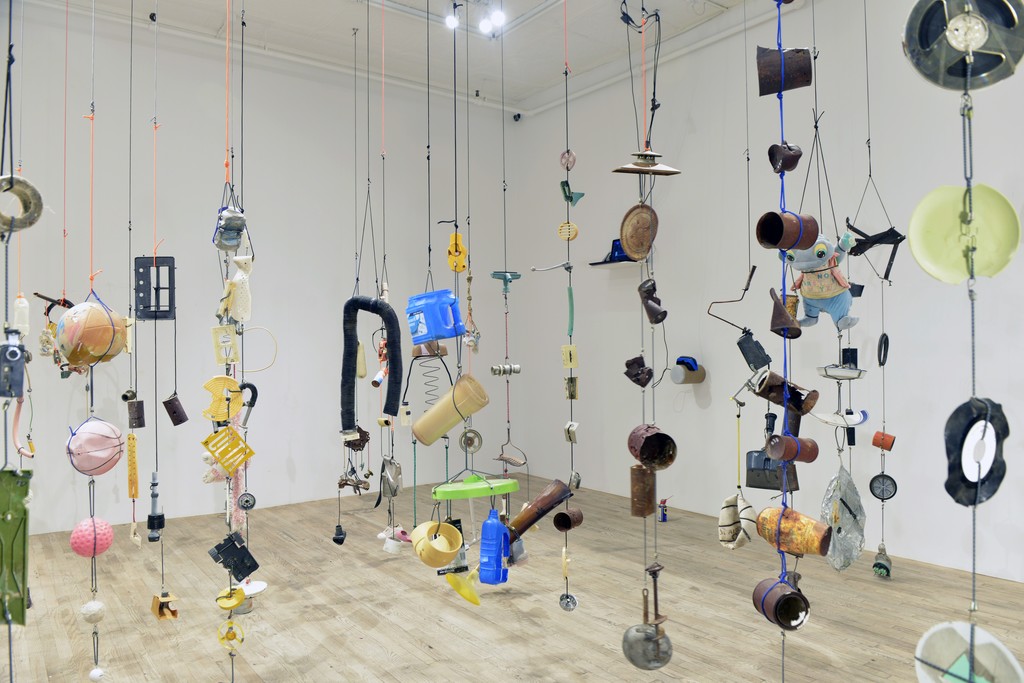 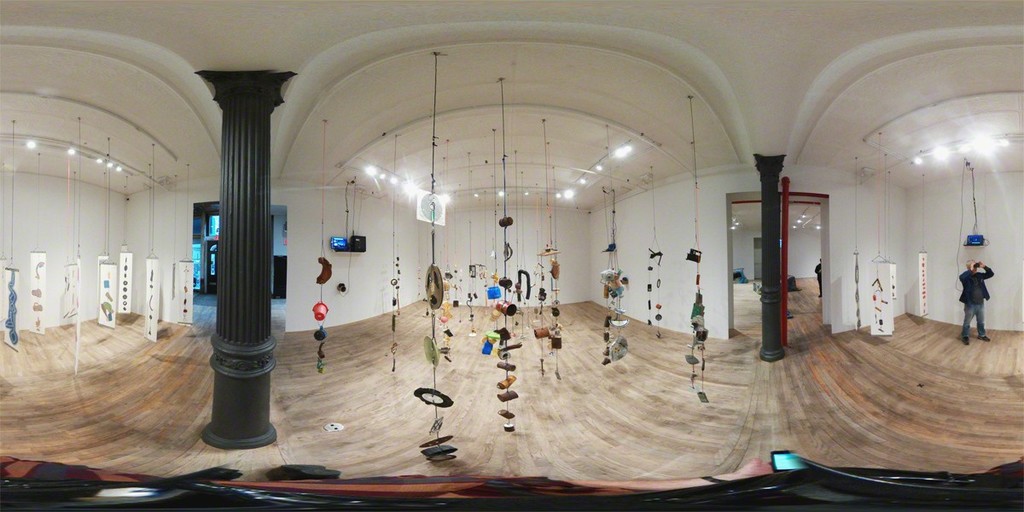 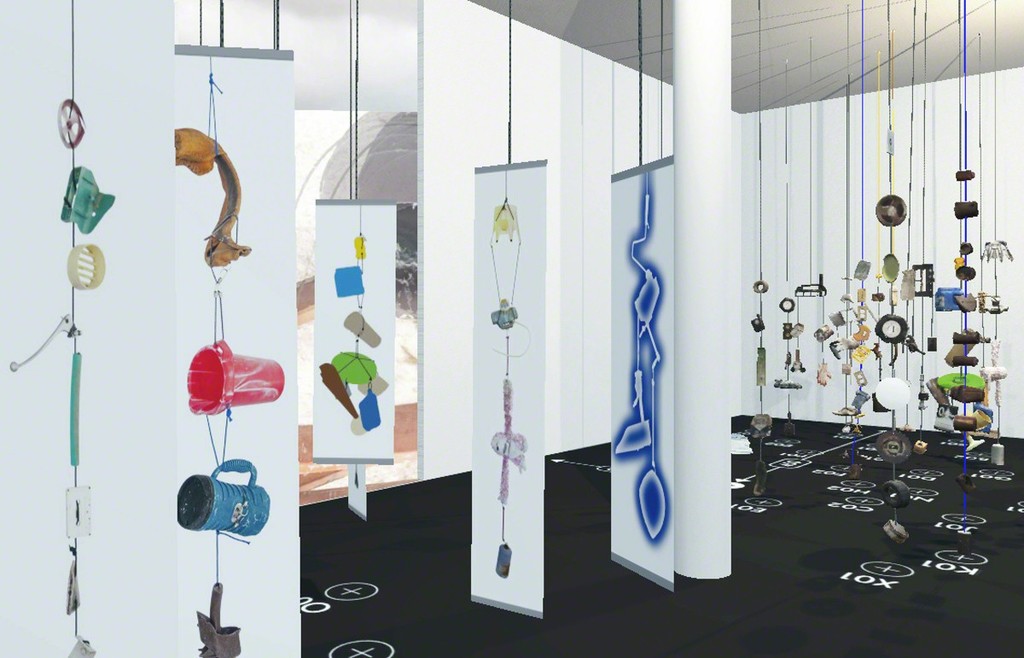 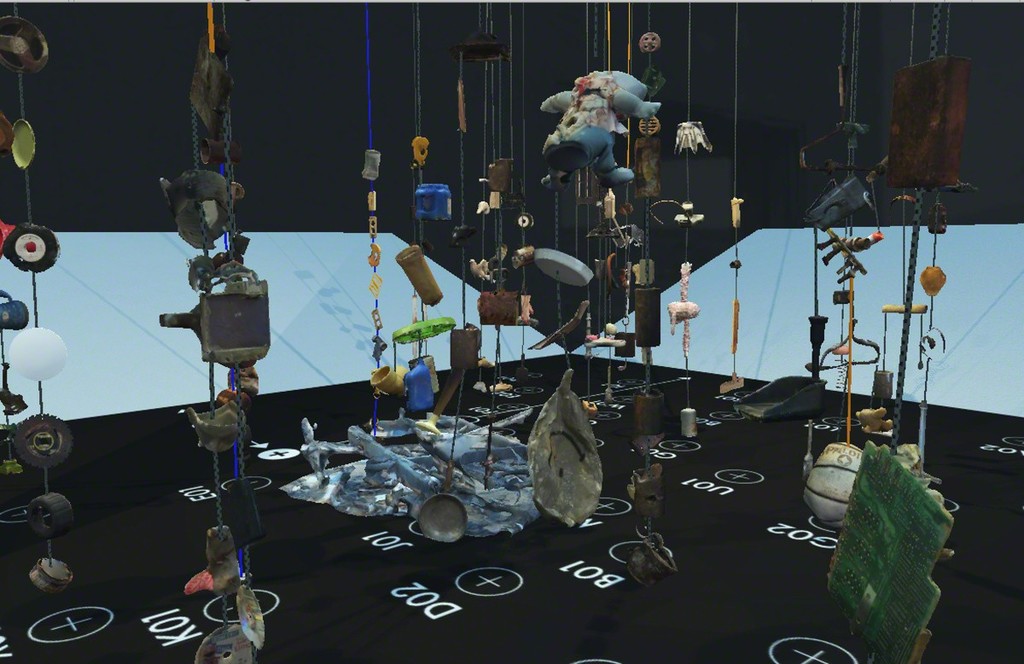 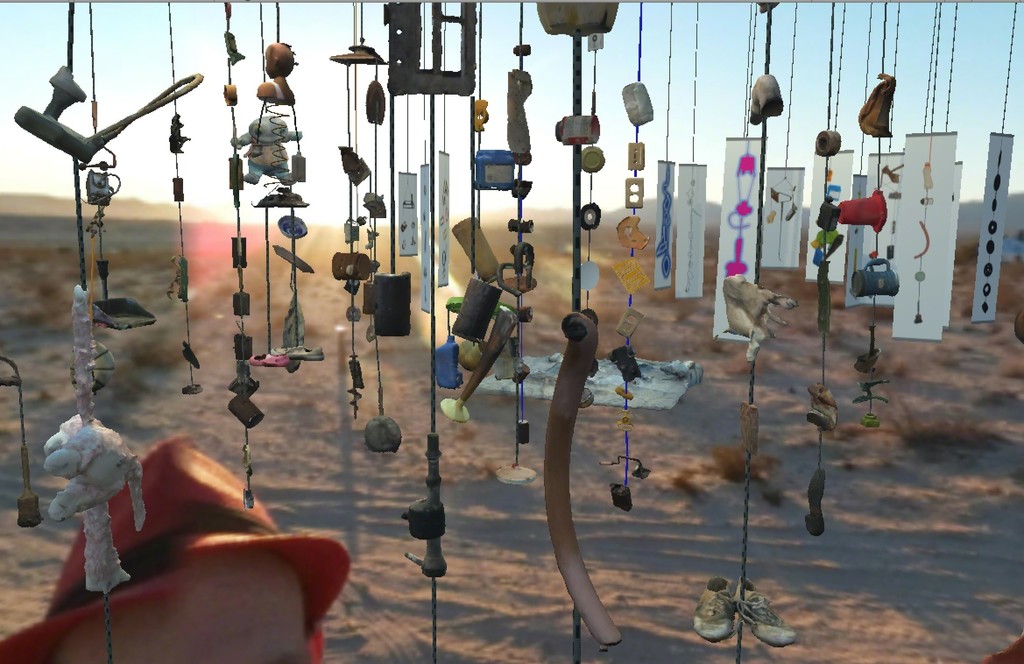 Postmasters is pleased to present Suspensions, a new mixed reality installation by Perry Hoberman. For his ninth solo show with the gallery, Hoberman draws upon his time spent in the Desert Heights neighborhood of Twentynine Palms, California, in the high desert near Joshua Tree National Park, combining found object constructions, two-sided prints, and virtual reality in an immersive environment.

Now sparsely populated, Deserts Heights was mostly developed through the Small Tract Act of 1938. The homesteading law granted WWI, and later WWII, veterans a five-acre parcel of land if they built a house and lived there for three to five years. Most are long since abandoned, littering the desert landscape with neglected shacks and their strewn contents, collected and 3D scanned by Hoberman.

Suspensions is made up of a selection of these items: a rusted can, plastic melted by the sun, a wind deteriorated teddy bear, a deflated basketball, corroded car parts, a weathered tea kettle. Objects once attached to a particular locale, its inhabitants, and their personal histories, are discrete and decontextualized, hanging from ceiling-suspended chains, each one tied to the next with clothesline or bungee cords, along with two-sided vertical hanging prints that freeze-frame the objects into icons of themselves. Alternate reality versions of the constructions occupy the same Cartesian coordinates as their counterparts, but remain invisible until experienced via head-mounted displays (HMDs). Each component of the installation is literally and figuratively suspended – between gravity and weightlessness, but also balanced between their history as artifacts and physical presence as objects.

These overlapping physical and digital realities, further augmented by a virtual reality app developed by the artist, combine to make up a (hopelessly) mixed reality, the condition that we find ourselves in almost everywhere. As much as our world is being 'dematerialized' by virtual technologies, it can be simultaneously rematerialized by making explicit the connections of these technologies to the actual world of lived experience.

Following decades of speculation and research, hype and burst bubbles, the medium of virtual reality has finally begun to reach critical mass. This is a field that Hoberman has been deeply involved in for several decades; many of the foundations of the current VR resurgence can be traced back to labs where he was a leading research contributor. Suspensions brings together his cumulative research to build on notions of entropy and time forayed by Robert Smithson in projects like Hotel Palenque, and offers the understanding that virtual reality can be a tool and conduit through which we can access (and shift between) multiple layers of reality.