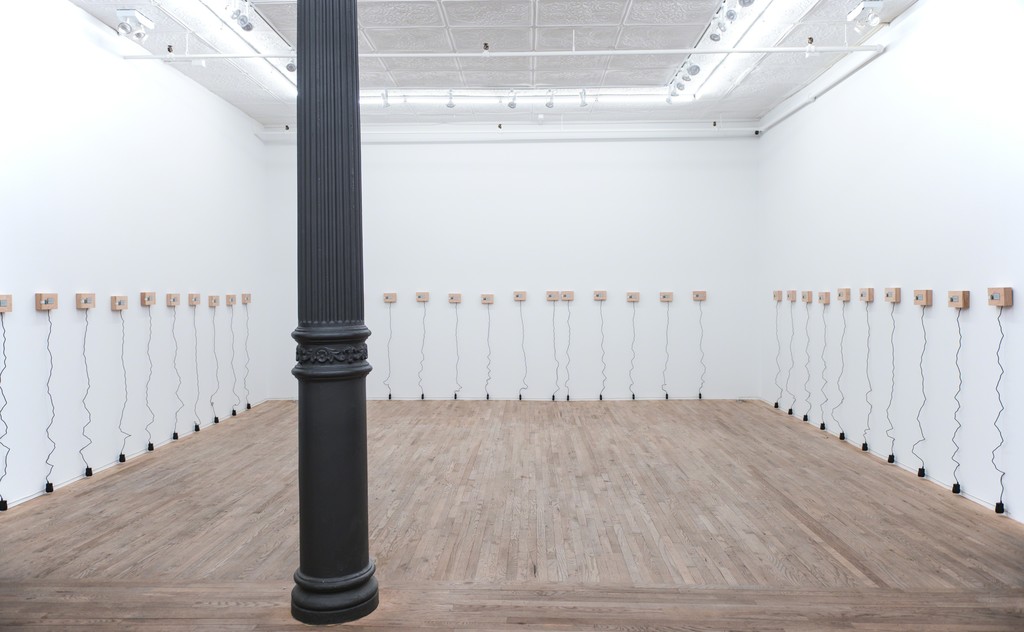 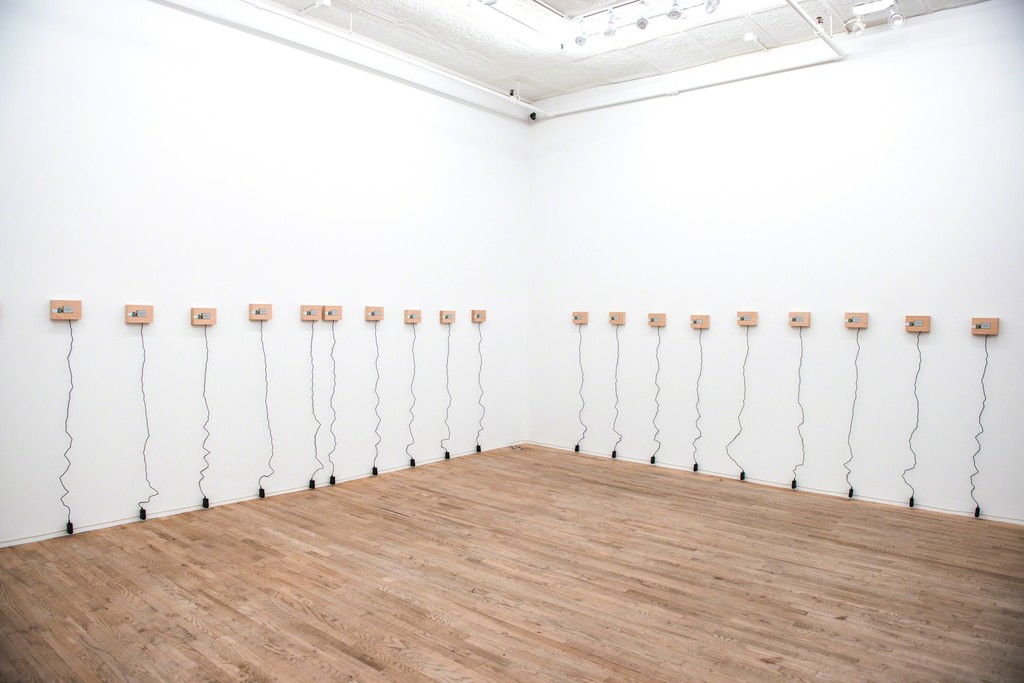 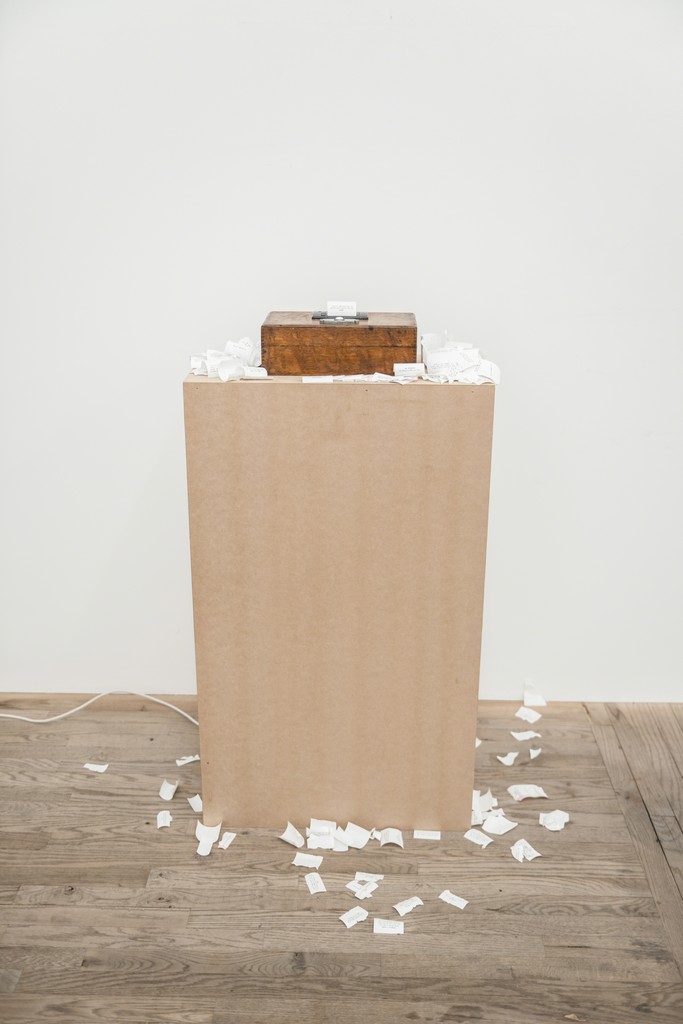 Zach Gage (b.1985) is a conceptual artist, game designer, programmer, and educator from New York City. His work often explores the powerful intersection of systems and social dynamics, through both interrogating existing systems in digital spaces, and framing entirely new systems through games.

Zach Gage's Glaciers (2015-16), a series of digital poems-as-wall-clocks grew out of his explorations in slow generative art and his longterm obsession with trying to make large-scale data systems more accessible by focusing not on their broad statistical natures, but instead on finding their humanity with narrowly tailored queries.

Each Glacier is a unique poem generated via the top three autocompleted results for a specific search query on Google, presented on an e-ink screen. While they appear static on the wall, each actually refreshes itself once a day. While this construction process means that the poems may change, because of the immense amount of dataflow constructing the most popular autocompletes, it's likely that they will not be altered for years or even decades. Still, one day you'll wake up, the poem will be different, the long moment passed.

The show will also feature two of his earlier human-query works, his pioneering twitter bot Best Day Ever (2009) and his twitter-based fortune teller #fortune (2014-15).

Zach Gage is an Eyebeam Alumni, Apple Design and Game of The Year Award Winner, and BAFTA Nominee. He has exhibited internationally at venues such as the Venice Biennale, the New York MoMA, The Japanese American National Museum in Los Angeles, XOXO Festival in Portland, FutureEverything in Manchester, The Centre for Contemporary Art Ujazdowski Castle in Warsaw, and in Apple stores worldwide. His work has been featured in several online and printed publications, including The New York Times, The New York Times Magazine, EDGE Magazine, Rhizome.org, Neural Magazine, New York Magazine, and Das Spiel und seine Grenzen (Springer Press). In games, he is best known for SpellTower, Ridiculous Fishing, Lose/Lose, and Sage Solitaire.