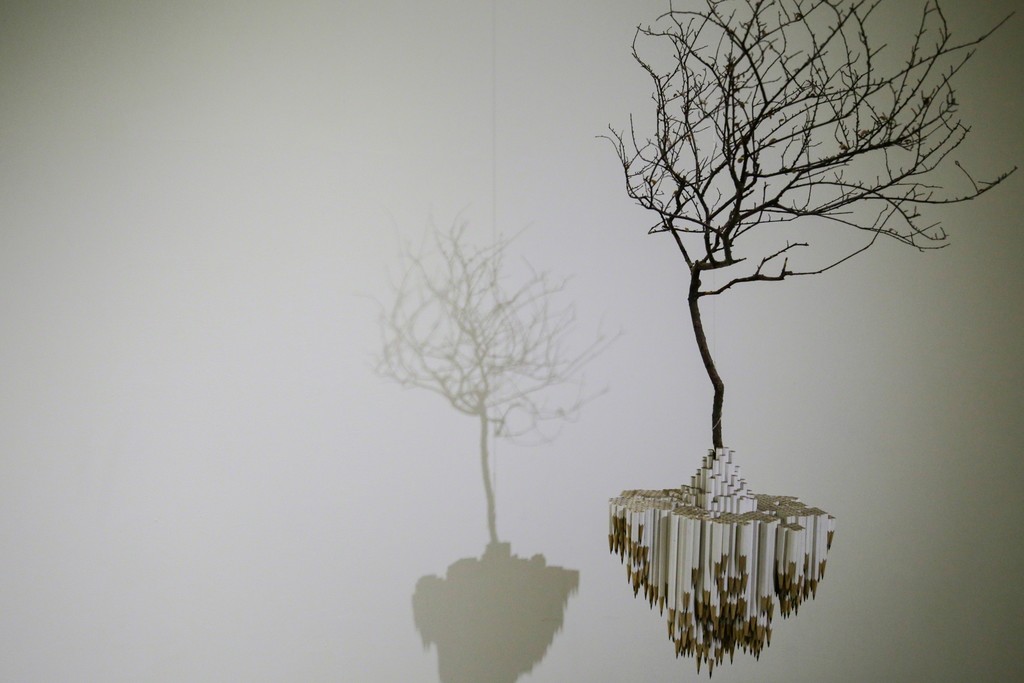 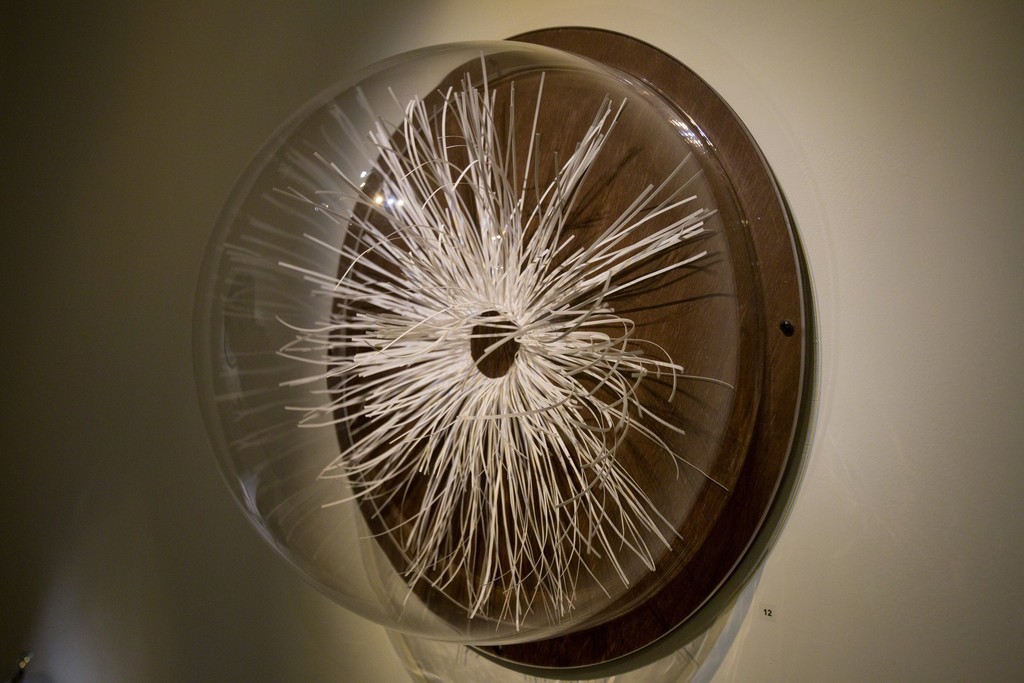 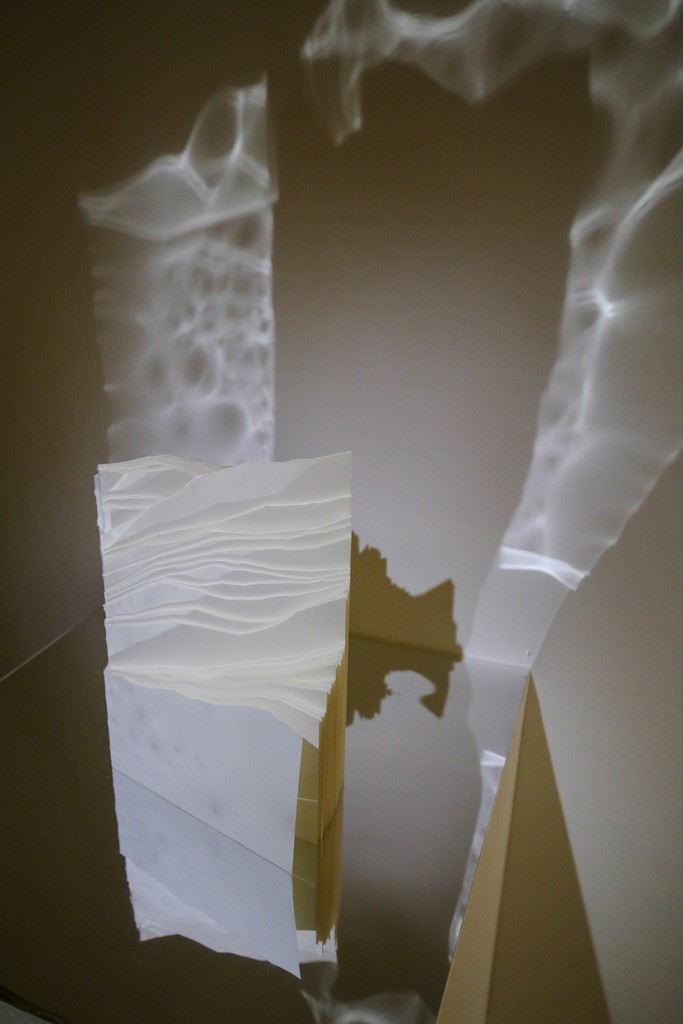 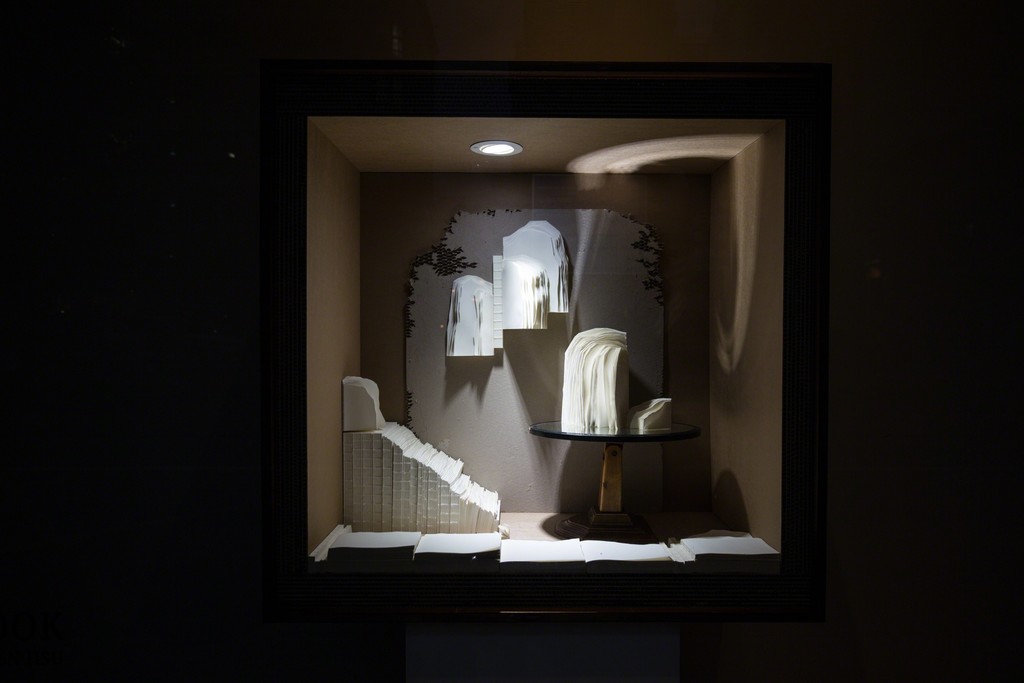 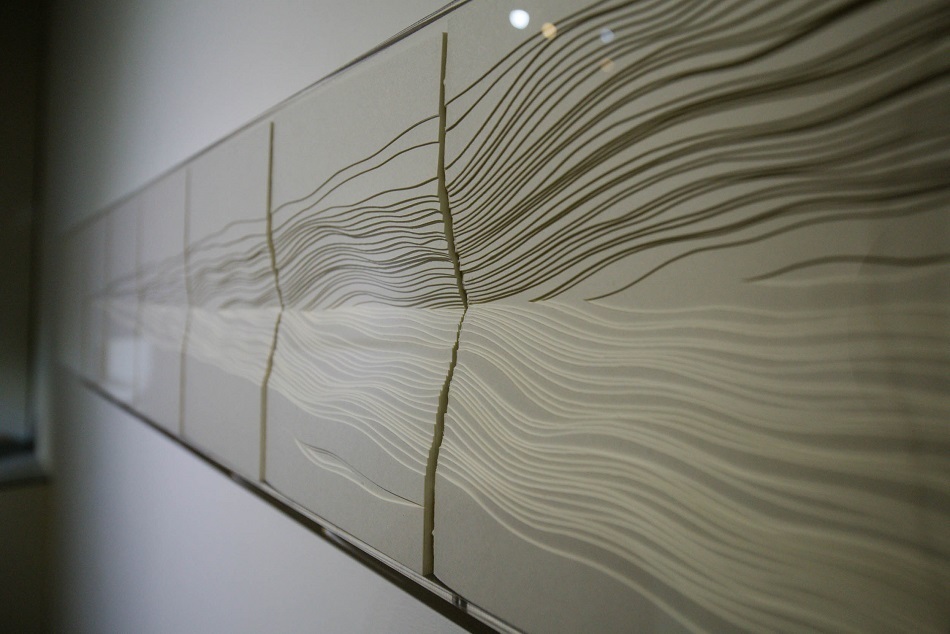 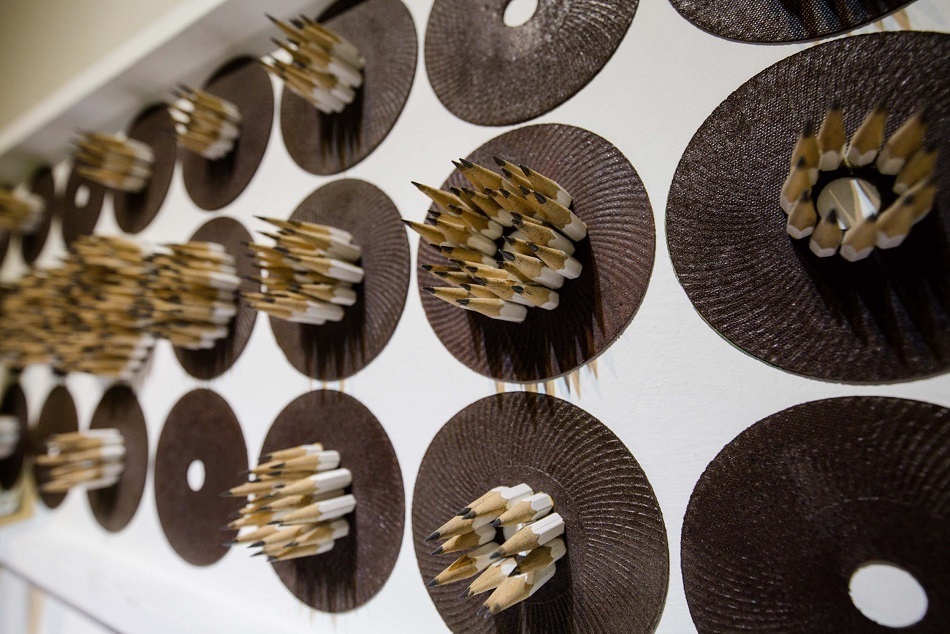 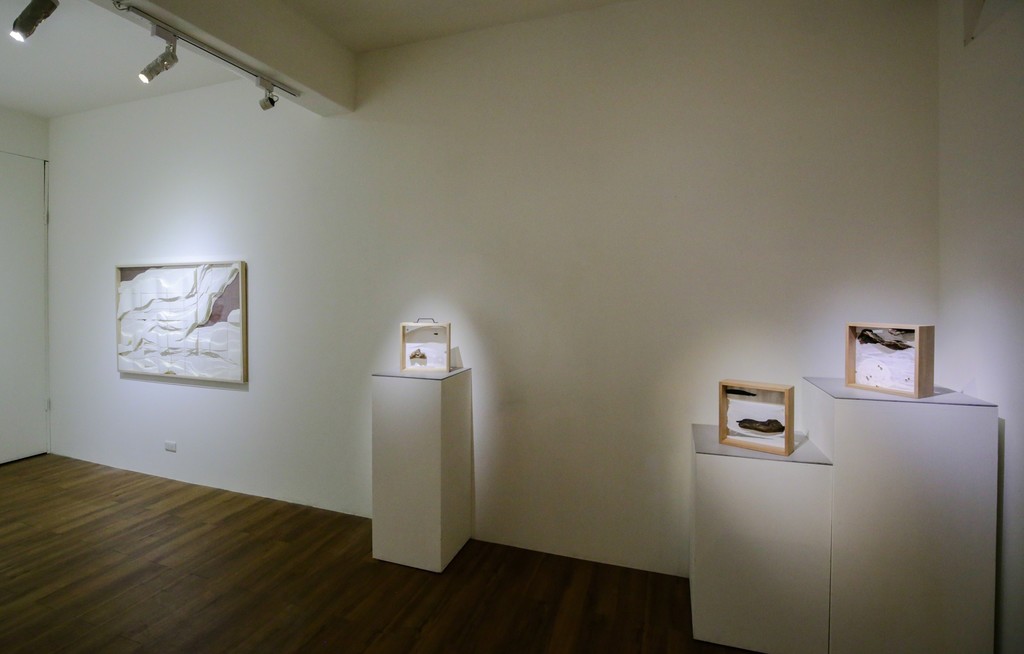 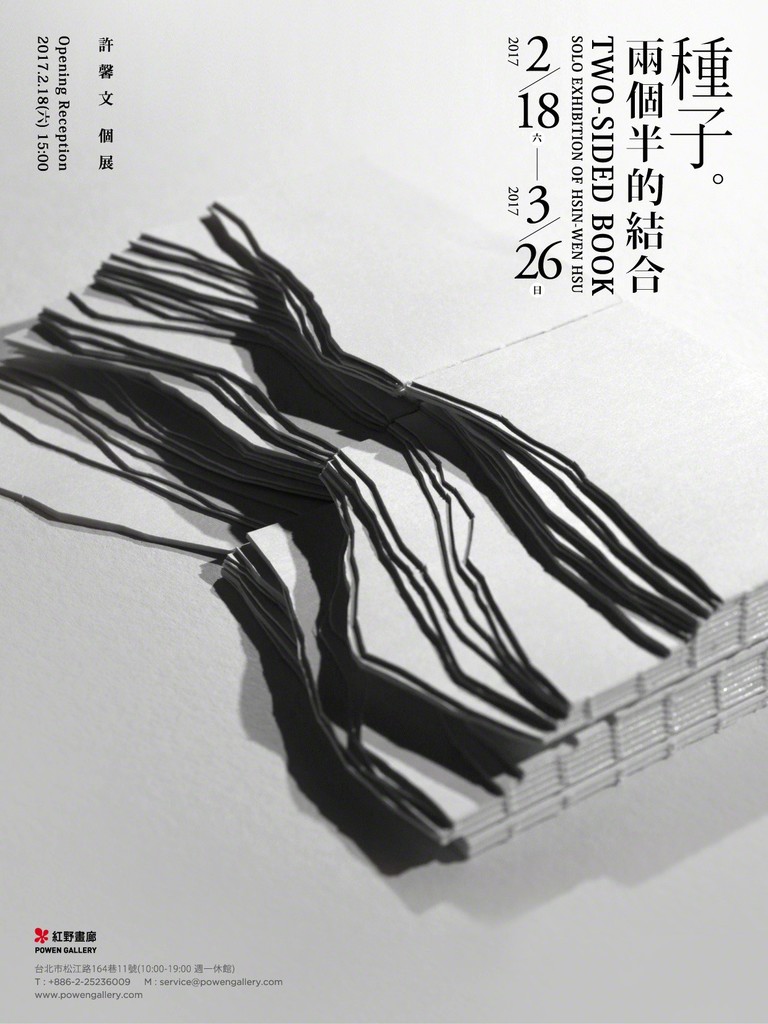 In the art dimension of math, if two halves meet, will they be greater than 1?

Each object is like a seed, and the knife, which divides objects in two, like the knife that is sealed to the canvas, allowing the object to be regenerated, changing the original awareness, and rethinking entirely about the object itself. In the cracks, the individual becomes plural, obtaining nutrients to expand and integrate. Through this change, it allows objects to produce endless dialogue, finally gaining life. Sprouting in fantasy, breathing and growing in the inner world of the creator, forming shape in the viewer's imagination.

On my path of creation, I have been searching for a seed that is native and that I can call my own. To learn the concept as my main axis, something as simple as "paper" contains so many elements of life, from paper – plant – root – and back to the relationship between the seeds, such a systematic restoration process, returning to the plain memories and the most pure origin. If the storyteller is the full knowledge navigator, than the empty book is like the origin of the life of the vast universe.

Removing the cover of an empty book shows a completely new blank vector. When opening each page, like opening a crack of a seed, putting it into the body of an infinite space, there are new concepts and readings formed that may constitute a whole new world. It is a kind of "object" schizophrenia, originating from the same person, but after splitting becomes “them” or “me”, and unknowingly becomes “us.” The concept of this work, originates from splitting and then afterwards re-combination.

It is interesting to imagine the possibility of mathematics involved in the arts. For the majority of artist’s sketch, addition is applied, adding the patterns and annotations, filling up an empty notebook. However, this work is subtraction, attempting to maintain the original emptiness and white through numerous cuttings, yet through the re-combination, letting the object return to the addition concept as well.

Cutting, is like the exploration of a file, digging deep into the layers of intertwined notes. It’s a sketch, but also a figure; it’s a space, but also a story, more like a surface mirror, fabricating ordinary events, shouting toward the inner world, allowing seeds to bud.

A cut of the knife is not a new creation, it is only to find that greater than 1 possibility, and to leave space to imagine for the viewer.