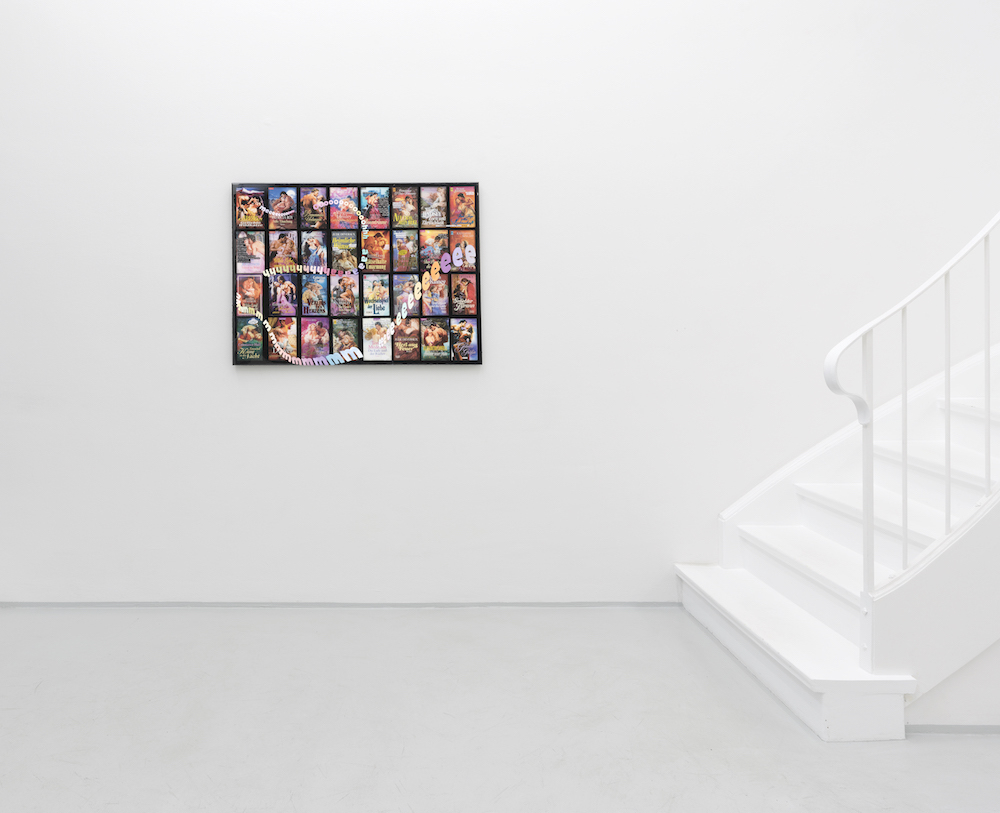 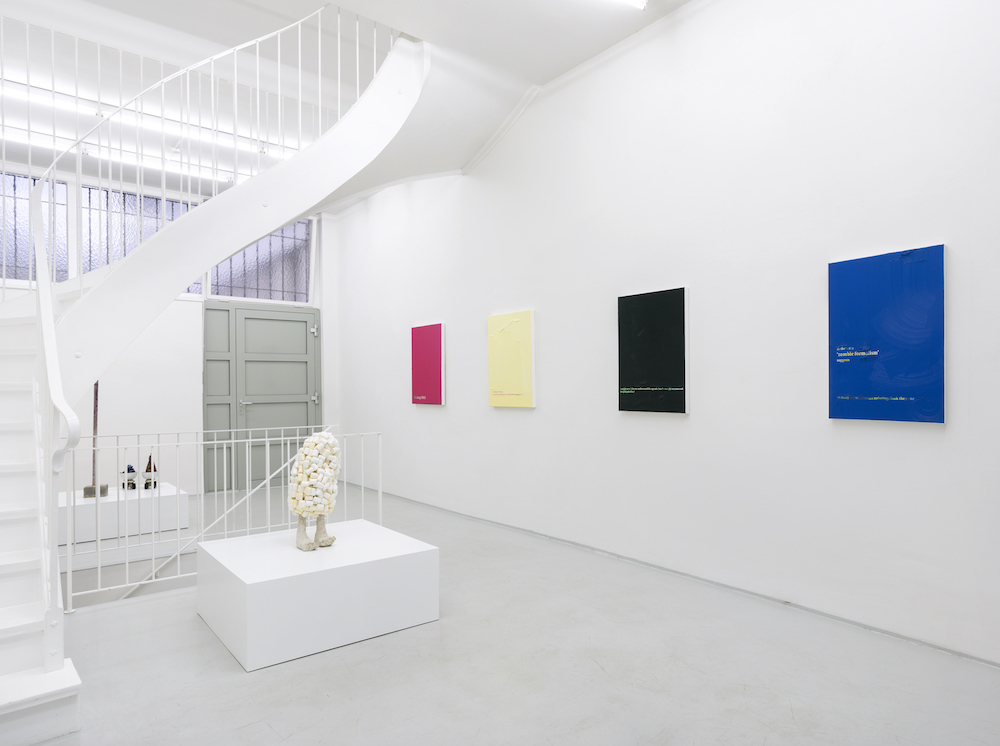 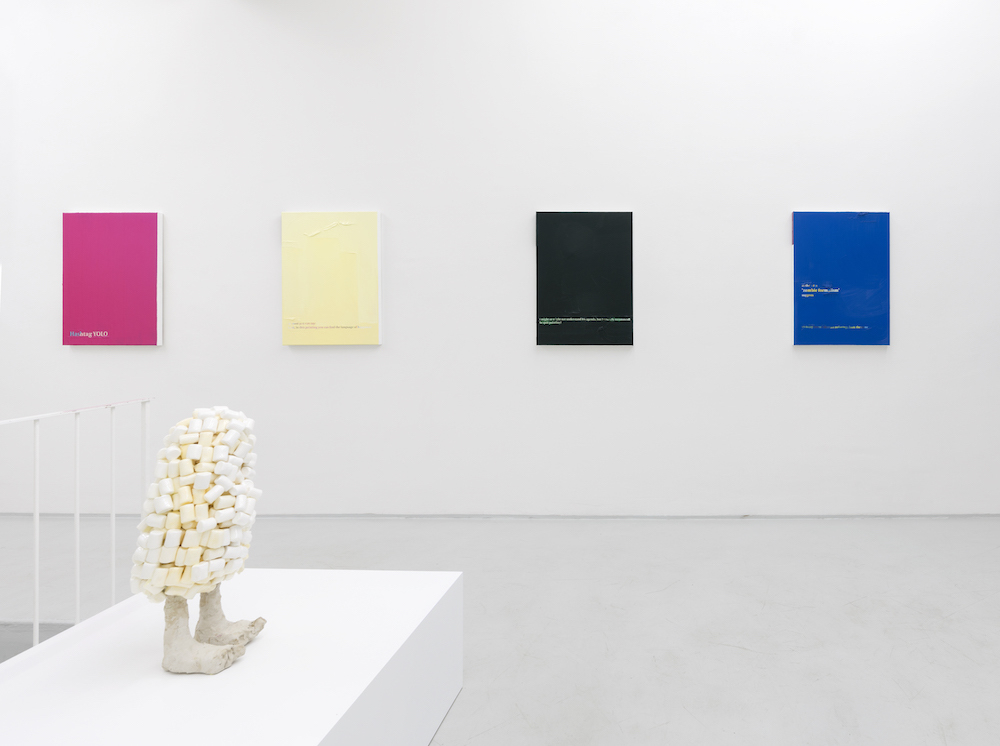 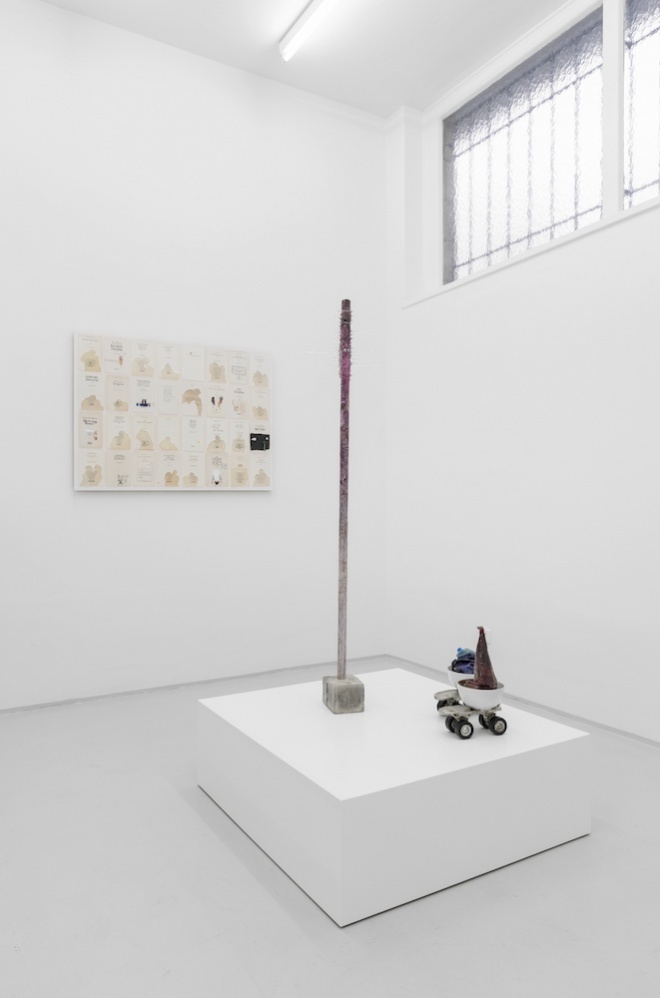 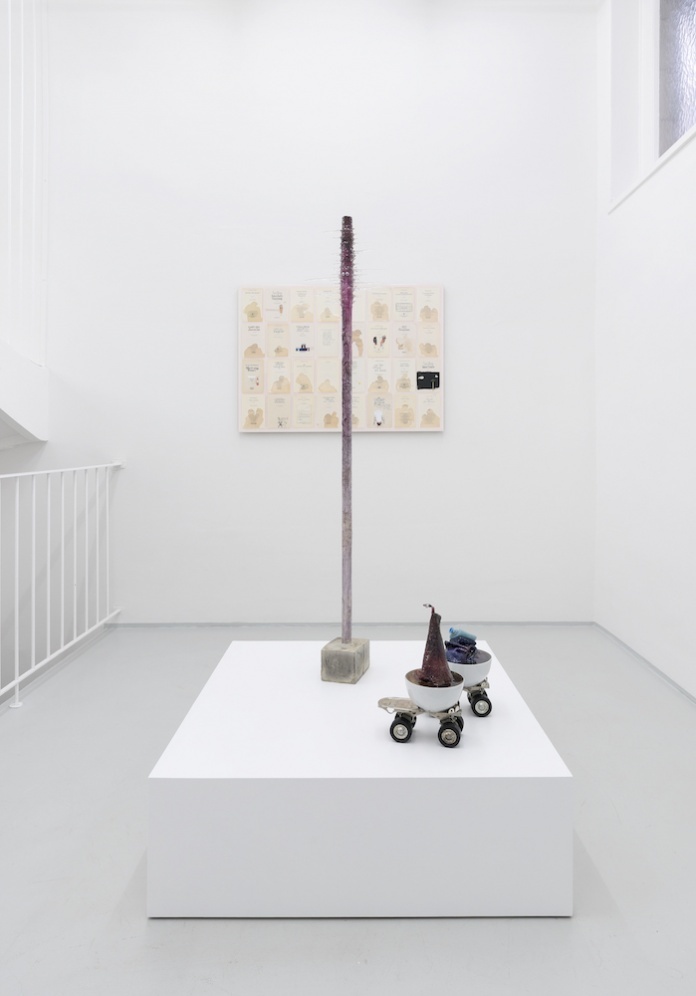 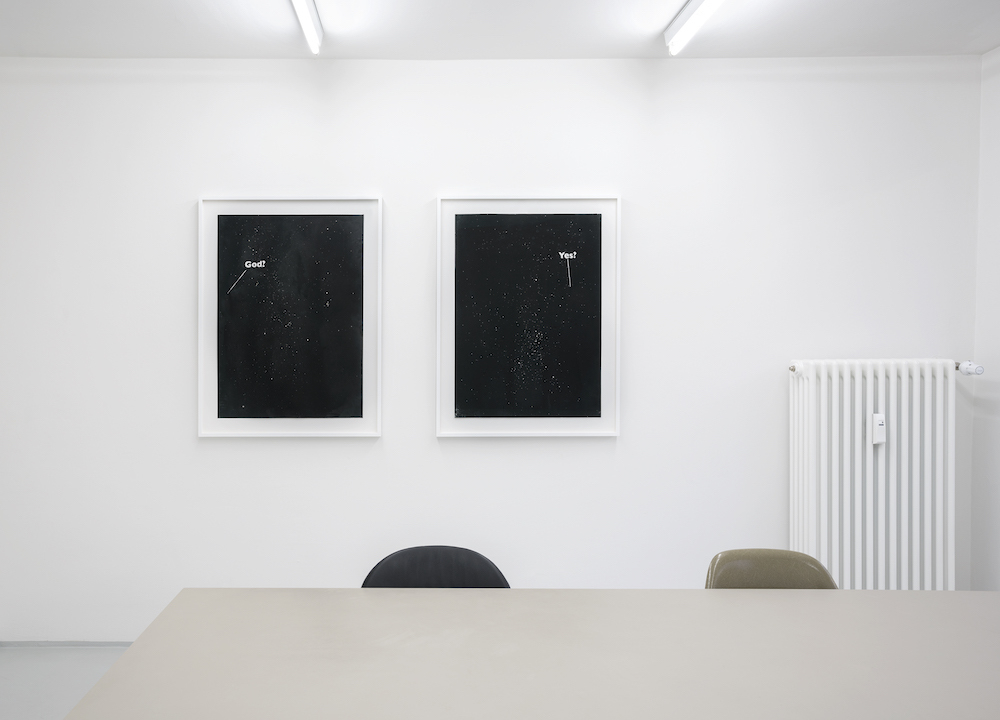 Have you ever had a muffin and thought: wouldn’t be great if you could buy only the paper muffin form? That’s only if you would agree that muffin forms are the best part. This desire and the longing for an ideal is the heartbeat of Murray Gaylard’s exhibition titled ‘WTF Venus?’. The epiphany for his show came to him when he was eating a muffin in his studio, the remainders of the eaten muffin still clinging to its paper form, its shell, that lay on the desk of his studio as he pondered on matters of the heart and love. The shape of the paper was, to him, reminiscent of Italian painter Sandro Boticelli’s The Birth of Venus (c. 1480) where the folded paper recalls the shell from which Venus emerges in Boticelli’s painting.

Two sculptures eponymous to the title of the exhibition stand tall with used muffin forms (each a different flavour) that have been dipped into resin, at their tops. They represent the birth of the concept and lend the tone of the show: intimacy, love, desires, longing, ideals. Long steel pipes are used as pedestals for the muffin forms, that not only immerses us into the golden era of Italian painting but they, like a peacock opening up its feathers, act as a gesture of courtship. Gaylard immortalises an absence, the ghost of the muffin, and rouses our appetite, creates a craving. Unlike Boticelli’s shell, the paper is ‘closed’ – a metaphor for an unattainable Venus, a closed-off intimacy or a love that cannot be birthed.

The sculpture I said don’t touch me continues on this thread and symbolises another form of an unattainable desire and the physicality of intimacy. It consists of a long, painted stick that has been dipped in resin numerous times allowing it to naturally form icicles. Unlike a cactus, the icicles are fragile and vulnerable whereby a touch may cause it to break. The work also hints to the status-quo of how we are to behave around artworks presented in gallery spaces: we’re not allowed to touch. While the beauty of an artwork can be so appealing that we want to engage with it through all our senses, and a sense of curiosity wants us to feel the beauty, we remain restricted, perhaps even repressed.

Temptation is also present in the work Single White Male, where an object made of unfired clay has been completely covered with marshmallows that have also been dipped in resin, with only the feet of the sculpture revealed. As the artist said himself: What could be more tempting than someone covered with marshmallows? But also pointing to the ideal that does not exist and the feelings of desire and frustration relating to the rarity of finding a single man.
The sculptures are essentially a paradoxical metaphor for desire, temptation and a fear of intimacy, a fear of getting close to one another, or the longing of another person’s touch. Today, the touch also points to the touch of the phone and our over-connectivity through our touch smartphones and the saturation of dating applications that are meant to help bring us closer to each other. Gaylard questions: ‘How can we feel so disconnected in such a hyper-connected world?’ From this feeling of disconnect, a sense of floating comes about through the questioning of the role that we play in this world. A watercolour of the universe, of the stars appears to be a watercolour of an abyss. The painting is in conversation with itself. The question ‘God?’ appears on the left and the right side of the painting answers ‘Yes?’. A touch of humour but also a sense of hope.

One of the more autobiographical works in the show consist of three large boards that stem from personal memories of his mother who would avidly read romance novels. Gaylard takes the covers of romance novels, rips them off and glues them onto a board, resulting in a grid composed of lusting women, embraces, forbidden kisses, drapés of half unclothed dresses, and fit strong men with an imposing grip. The board is overlaid with text of moaning ‘oooohs’ and ‘aaahs’ and this body of work is aptly titled ‘the moans and groans of a frustrated house wife’. Another board presents the title pages of the novels where he has painted the stencil form of the original cover in resin. Even the ‘shadow’ of the figures in an intimate embrace on the cover allow us to recognise the man and the woman by virtue of gender stereotyping. On each title page, there is a humorous re-interpretation of the title, a tongue-in-cheek: So for example, Gaylard couples the title “heart on fire” with a fire extinguisher and the remark ‘just in case’.

This memory of his mother would have an impact on him as he would start to paint the picture of the perfect man based on the covers of these novels, while perhaps also longing for an unachievable ideal of the perfect man or perfect partner. He would also come to understand that, as studies have shown, the target audience for this genre of literature are women who are unhappy and unsatisfied with their marriages. As a Madame Bovary, the work pokes fun at the romance novel genre and encompasses a craving for a love that is unattainable, an unrealistic idea of romance and eroticism whereby the underlying tone is truly a cry for help. There may be a cathartic nature to this body of work that allows the artist to not only come to terms with a better understanding of his mother, his family, his childhood but also seek out a better understanding of intimacy.

The works in the show take their cues from personal feelings, memories and matters at the core of the artist’s self-reflection: ‘The exhibition is in a way autobiographical, almost delineating the various stages that one can go through in coming to terms with an understanding of one’s own intimacy and in being able to communicate this to another. Loneliness and the fake idea of connectivity’ to quote the artist. The works in the show are riddled with a sense of isolation, the feeling of an abandoned world and a longing for belonging. Gaylard’s practice is parabolic, as it oscillates between objects, feelings, the natural world, the digital realm, the physicality of our emotions, and the symbolisms and metaphors through which they take shape. His sculptures are visual haikus that reflect on the human condition.