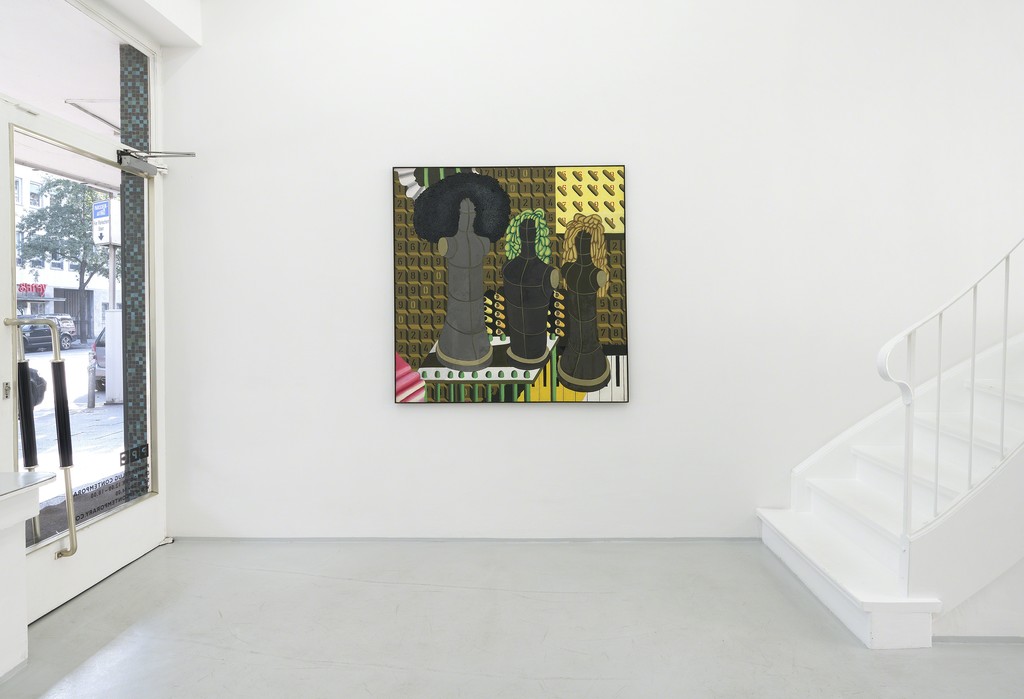 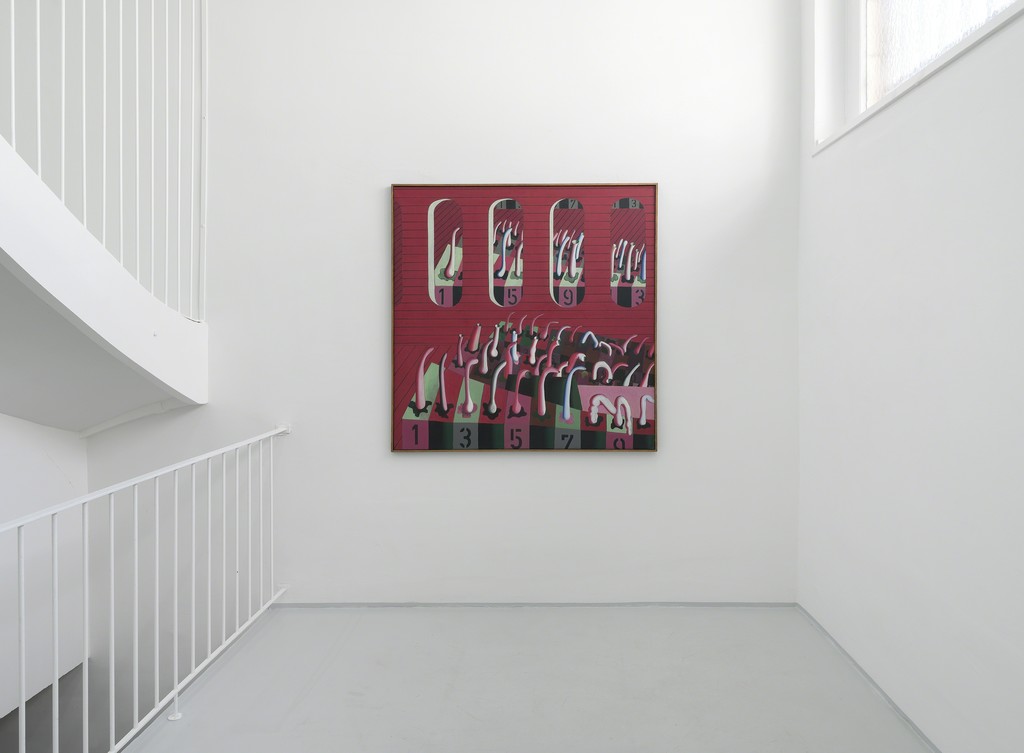 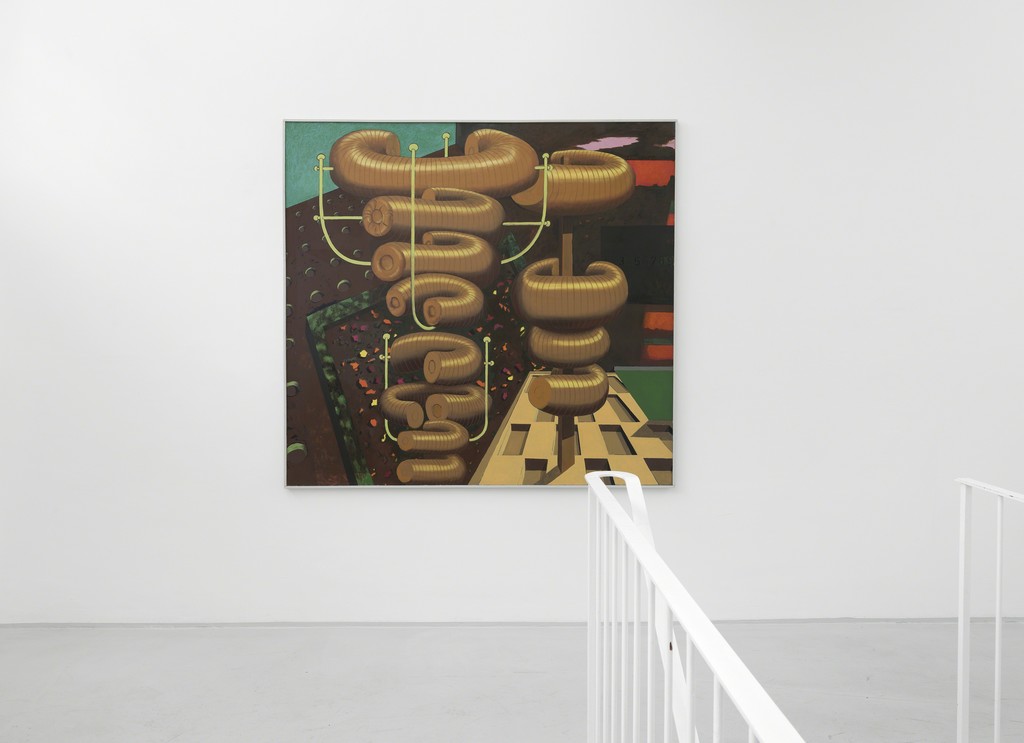 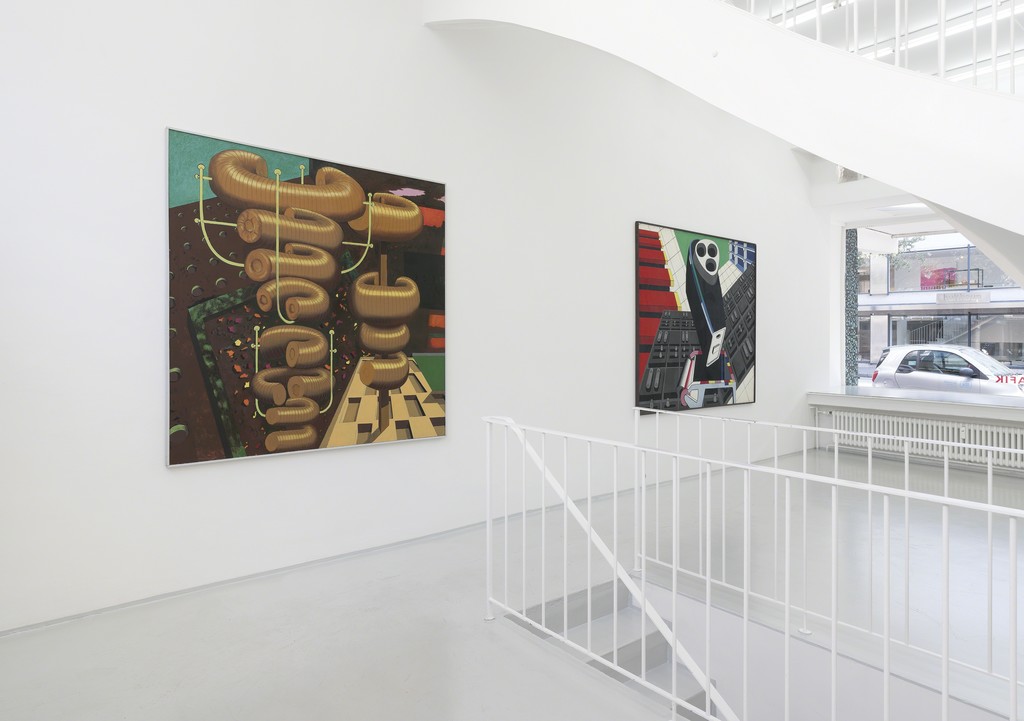 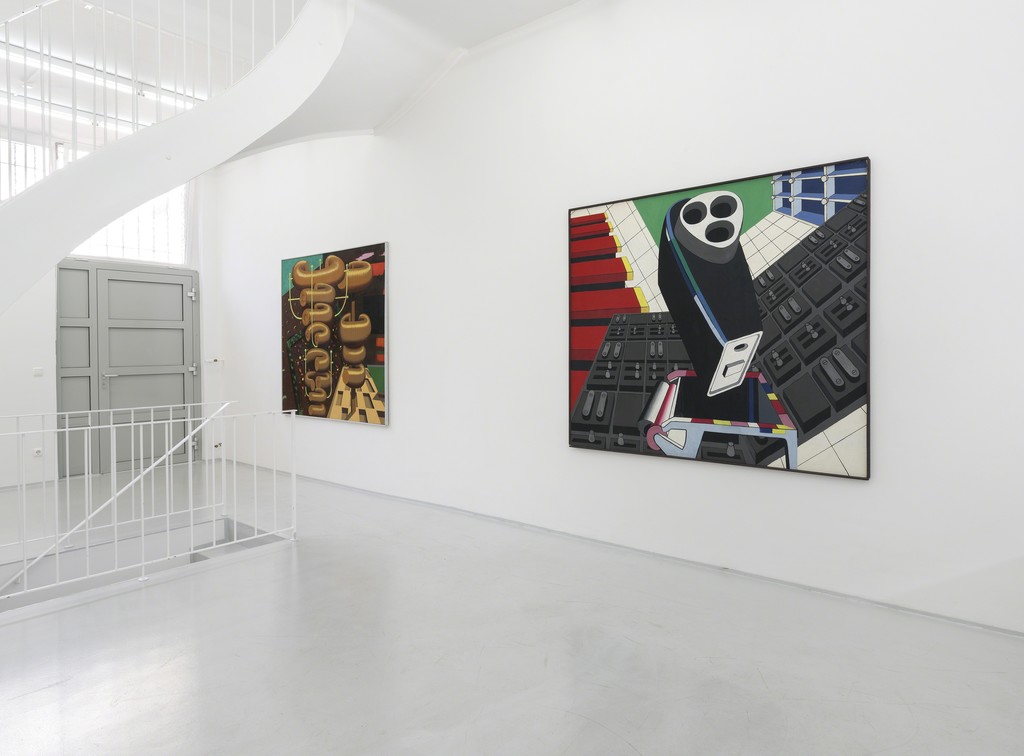 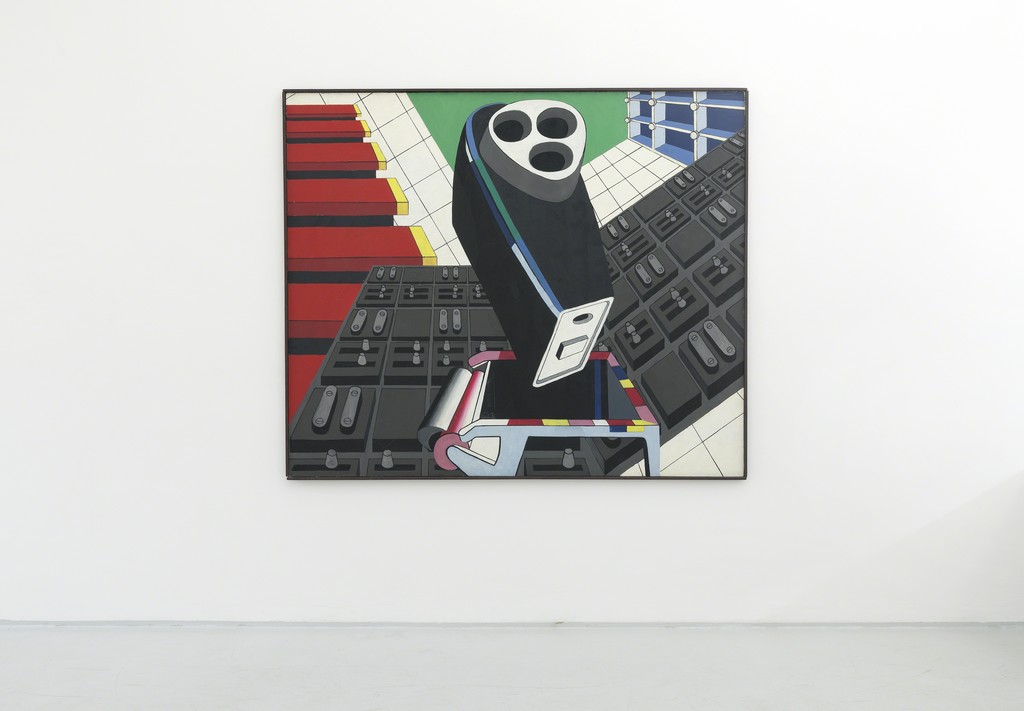 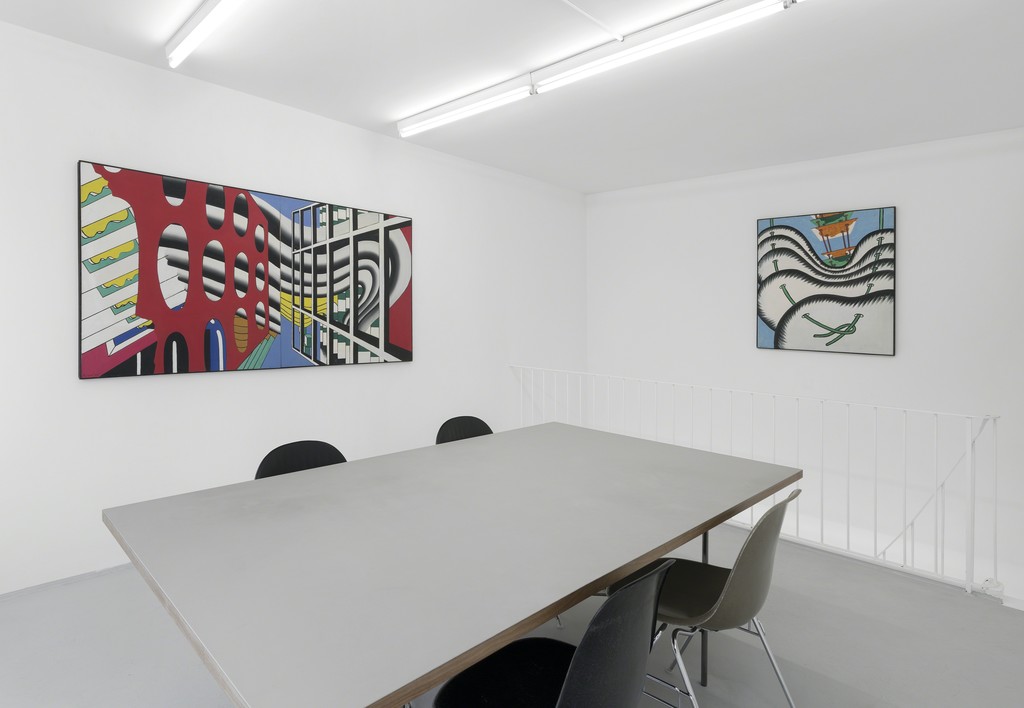 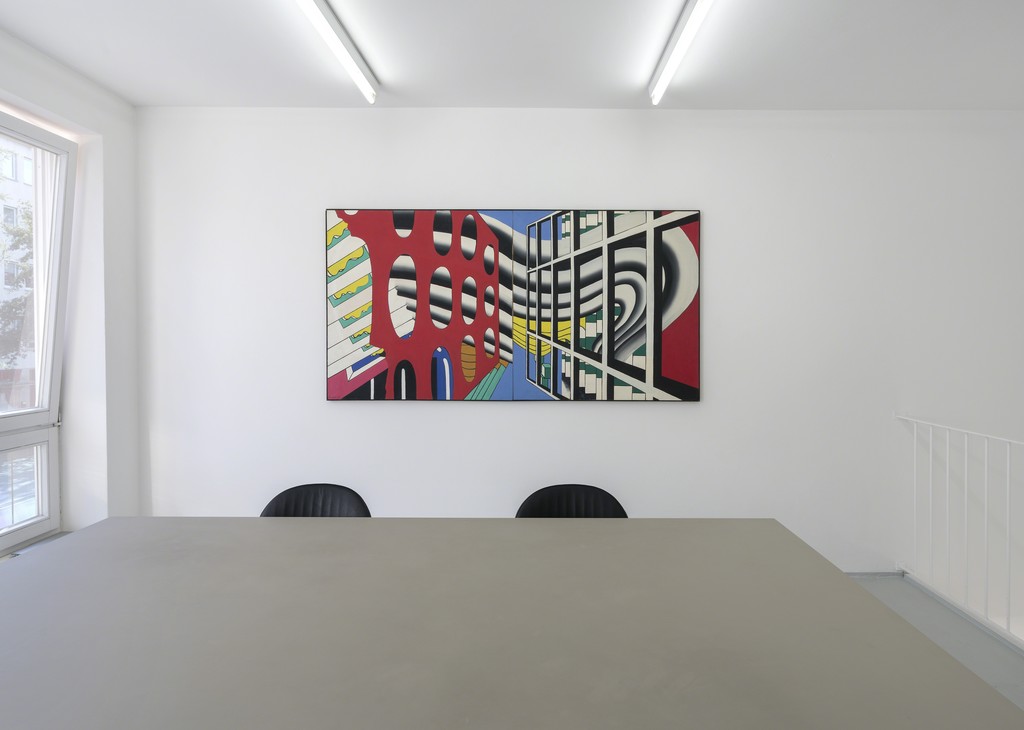 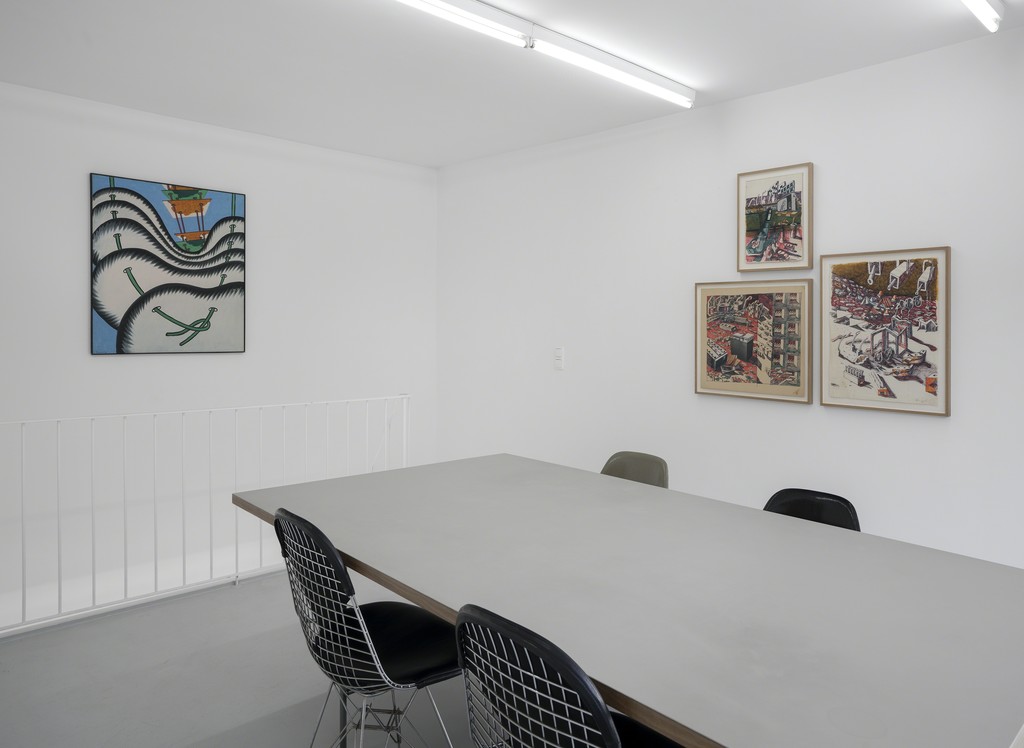 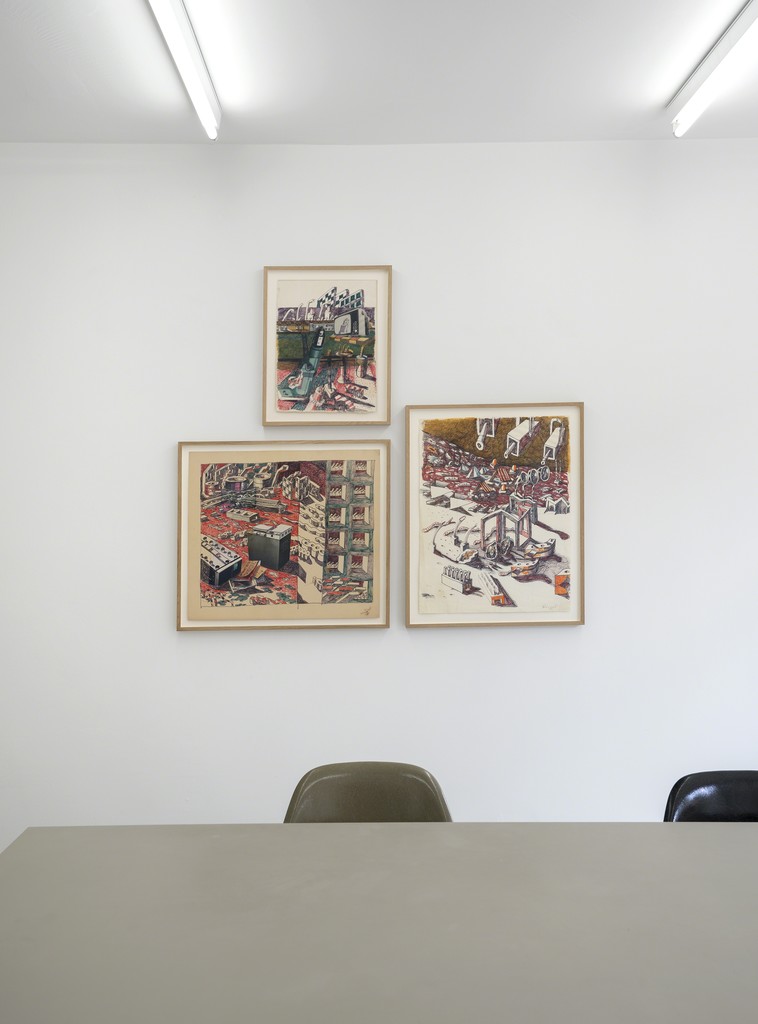 To mark the beginning of the 2018 season, PPC Philipp Pflug Contemporary is pleased to announce an exhibition of works by Ulrich Knispel (1911-1978). The exhibition ’Malerei und Grafik’ focuses on the period between 1968-1977, a period which follows Knispels’ flight-like relocation from East Germany to West Berlin and a stylistic shift from Expressionism towards Surrealism.

The technologically dominated atmosphere of West Berlin at the time had a significant influence on Knispel’s work. Uninhabited by human life, Knispel’s images investigate two very basic yet dominant themes - the landscape and technology. Often as absurdly staged scenes in an oversized scale, Knispels landscapes are littered with fragementary objects such as noodles, keys of a cash register, buttons with numbers and individual broken parts of apparatuses, all scattered throughout his compositions to give an acute sense of alienation and disproportionality. What Knispel explored through his landscapes was a world of poetic futility; a reflection on the remnants of a technologically advanced yet disposable society.

Sigmund Freud in his 1924 book "Psychoanalytical Studies on Works of Poetry and Art", outlined how the social and political tensions of a time could have a lasting effect on the artistic imagination and psyche. This is an appropriate perspective to adopt when looking at Ulrich Knispel’s artistic practice and the subsequent artistic developments following his relocation from East to West Germany. Upon his return in 1947 to his old art academy Burg Giebichenstein in Halle after being a prisoner of war, Knispel was still under the stylistic cloud of German Expressionism - a movement that although long over, remained a dominant role model at the time. [...] It wasn’t until upon arrival in West Berlin that Knispel was confronted by a completely different reality, one dominated by what he considered to be futile and unnecessary technologies. Nevertheless these technologies were to become the main thematic interest for Knispel. It was as a result of his initial encounters in West Berlin, and his subsequent years at the "Hochschule für Bildende Künste" in Berlin that his unconventional perspective really developed. Knispel had adopted an exhilarating mixture of biting irony and comedy, which the Abkhazian poet Fasil Iskander described as an "aesthetic expression of freedom".

Ironising the technically dominant world became the raison d'être of Knispels artistic vision. His images, reminiscent of landscapes, presented an often frightening abundance of objects and fragments pushing outwards against the viewer. As if on an inclined plane everything seems to slide forward, like a garbage dump filled with borrowed objects of a consumerist world. Knispel renders these objects unusable like remnants, debris or stand-ins of a intrinsically disposable society. Unstoppable like an avalanche, Knispels fragments leave no room for anything else, not to mention humans themselves. Installing their dictatorship over man and his world - Knispels’ world of technology represents an uprising in history, The "Uprising of Things“.