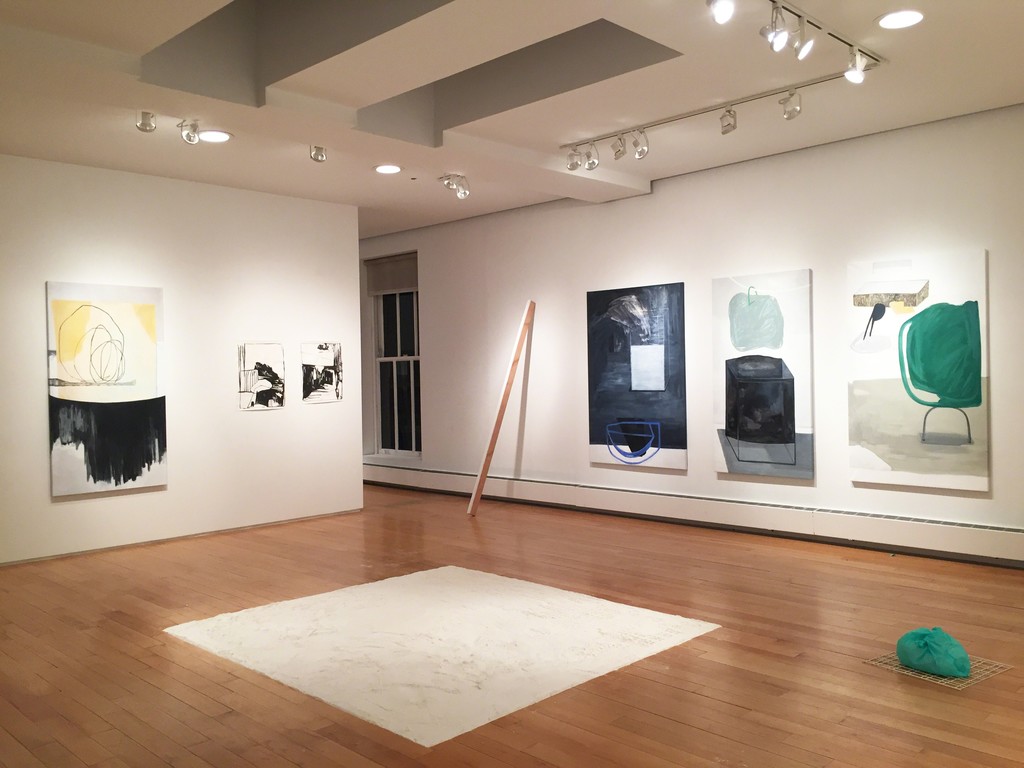 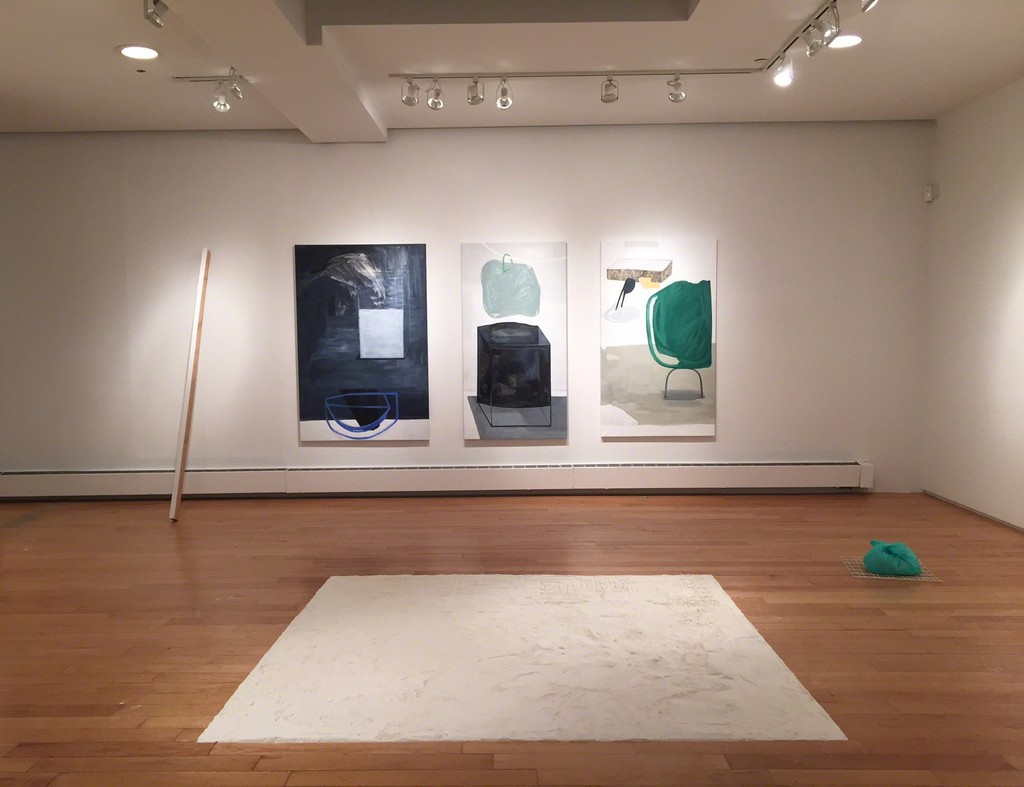 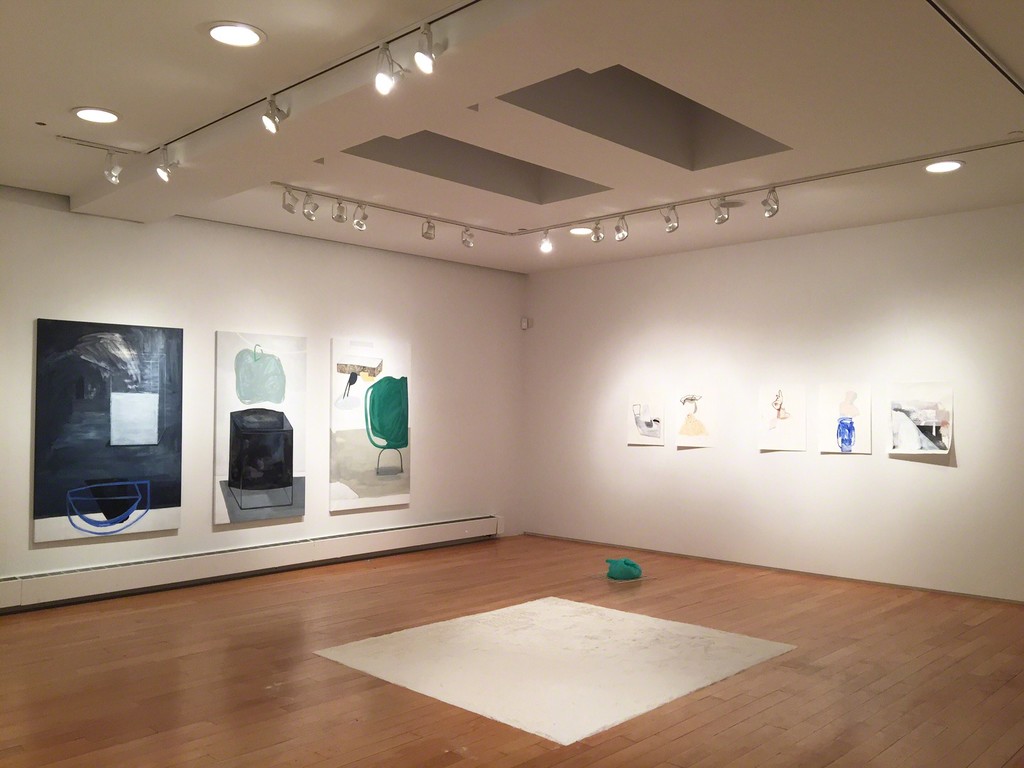 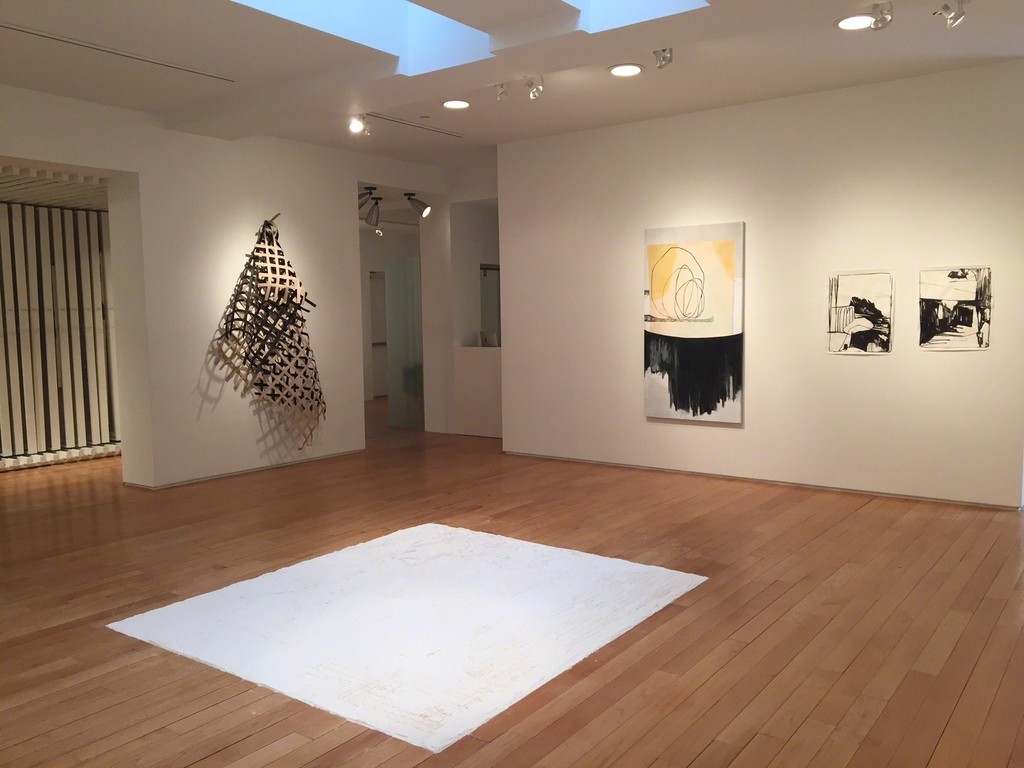 Fifteen or twenty children sit in a circle. One of them thinks up a sentence as short or as long as they would like and whispers it secretly to the child sitting closest who in turn transmits it to the next one. In this manner the message is delivered around the room, mouth to mouth, ear to ear. Since it is forbidden to repeat it, the sentence will most likely be altered, disfiguring itself to the point of complete transformation, becoming another sentence all together, perhaps with little to do with the original. That is why the game is called Broken Telephone*, quite popular among kids all over the world, or at least in Argentina, where Sofía Quirno was born and raised.

Just as in the game, the pieces in this exhibition communicate with each other in a way that leads to a trail of misunderstandings. The series does not intend to establish a meaning or an order, but the point is to create a fluidity that proposes a sense of dislocation. The connection between the works avoids a unique narrative, inviting the viewer to find their own personal interpretation. For Quirno, the most interesting aspects of reality are those we don’t understand, that brush the heart of uncertainty.

Before facing the canvas or the paper, the artist gathers images from magazines and newspapers which she absorbs, reinterprets, deforms and transforms, separating everyday elements from their usual context. Another preliminary procedure consists of appropriating visual situations that appear insignificant, and not at all spectacular: a paper fluttering on the sidewalk, a spot on the subway wall, a pillow on the floor, the legs of a night table. Any of these instances can prompt a work. The rhythm of brush strokes turns each starting point into a different object, barely recognizable, barely an object. The final result is not necessarily important, since it only portrays an instant within an intricate process of transformation.

Quirno steps in and out of painting. Drawings, paintings, animations, videos, everything combined and superimposed is accepted in the space. Her installations include precarious elements, materials that are at hand which she finds in her workplace or maybe lost in the streets. She even reuses the idiosyncrasy of the studio or the exhibition space. The artist usually focuses on one palette, not necessarily cold, but wintry, made up of the shades one can see through the window on a winter’s day.

The name of this show, Calendar Day, suggests a day of homage to the calendar, as if that single day contained the entire year. It invites us to consider that a work can contain all works, or perhaps that they are all one and the same painting, merely different phases of a single, long process.

*In England and the US the game is called Telephone or Chinese whispers. Broken Telephone is the translation of the name given to it in Argentina and other Latin American countries.