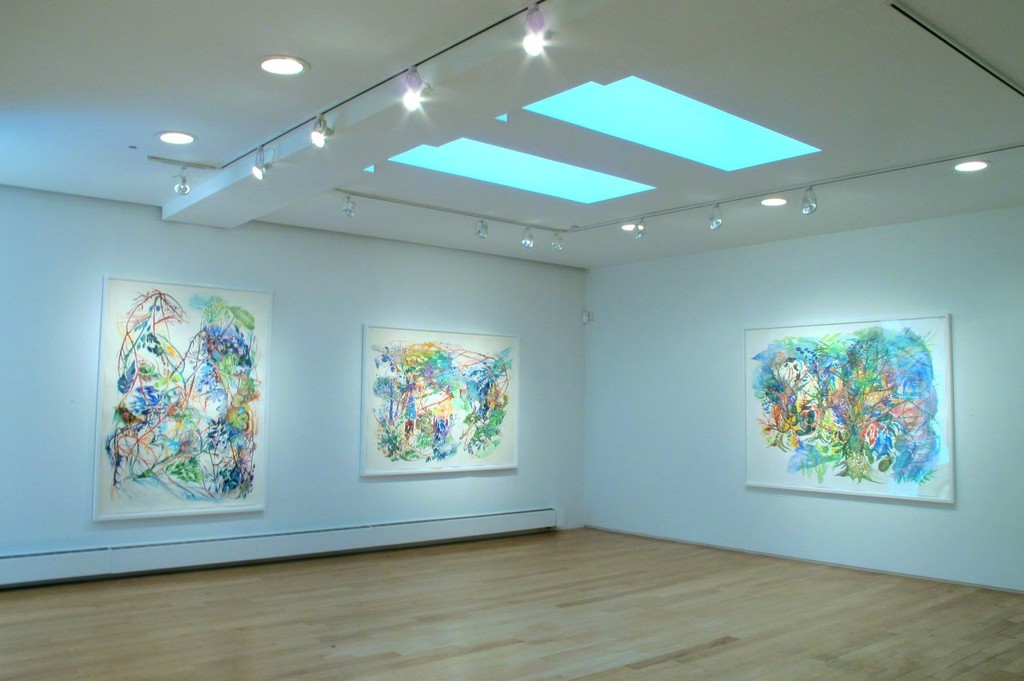 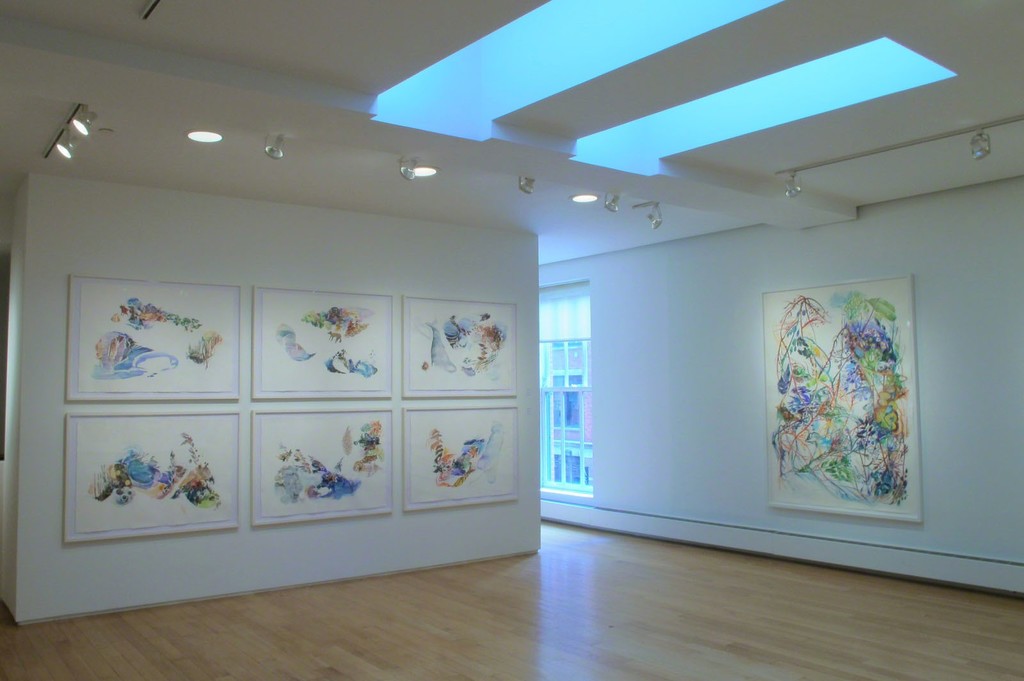 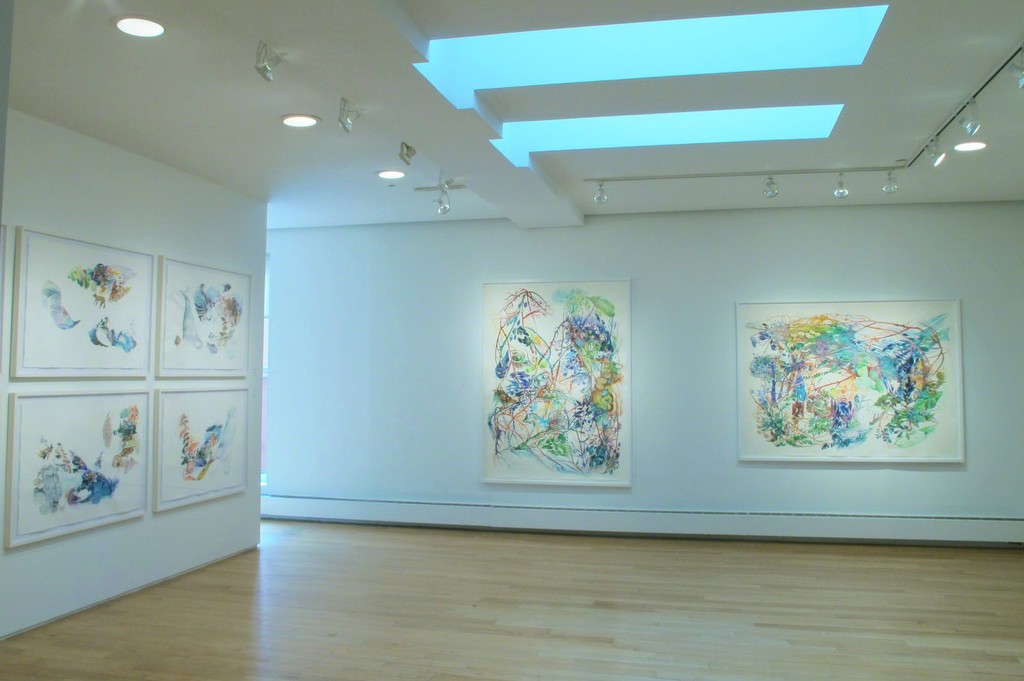 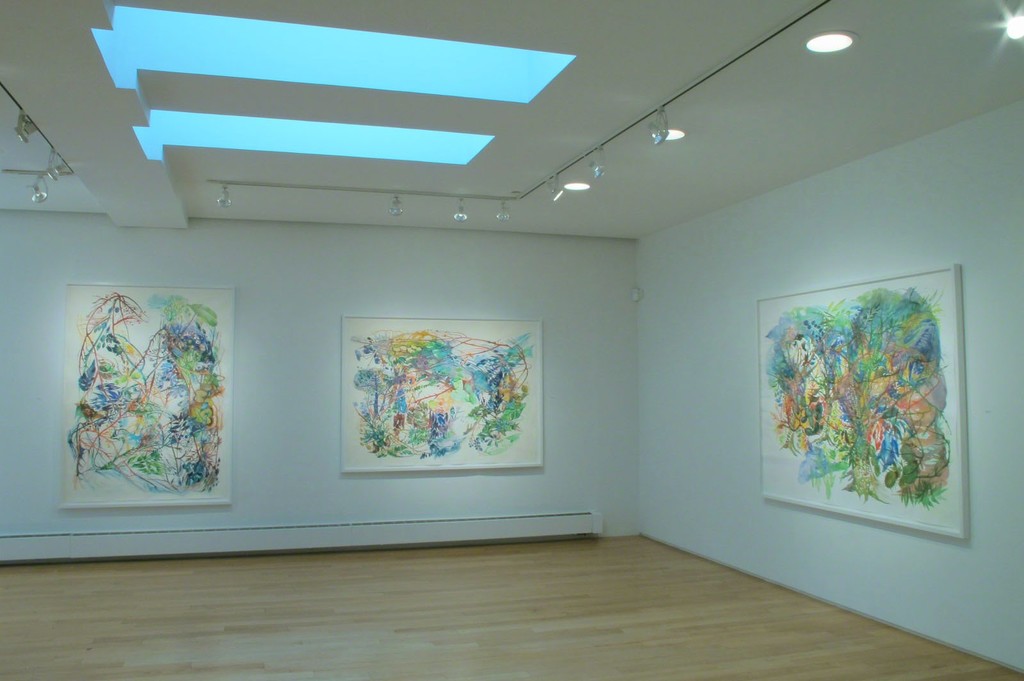 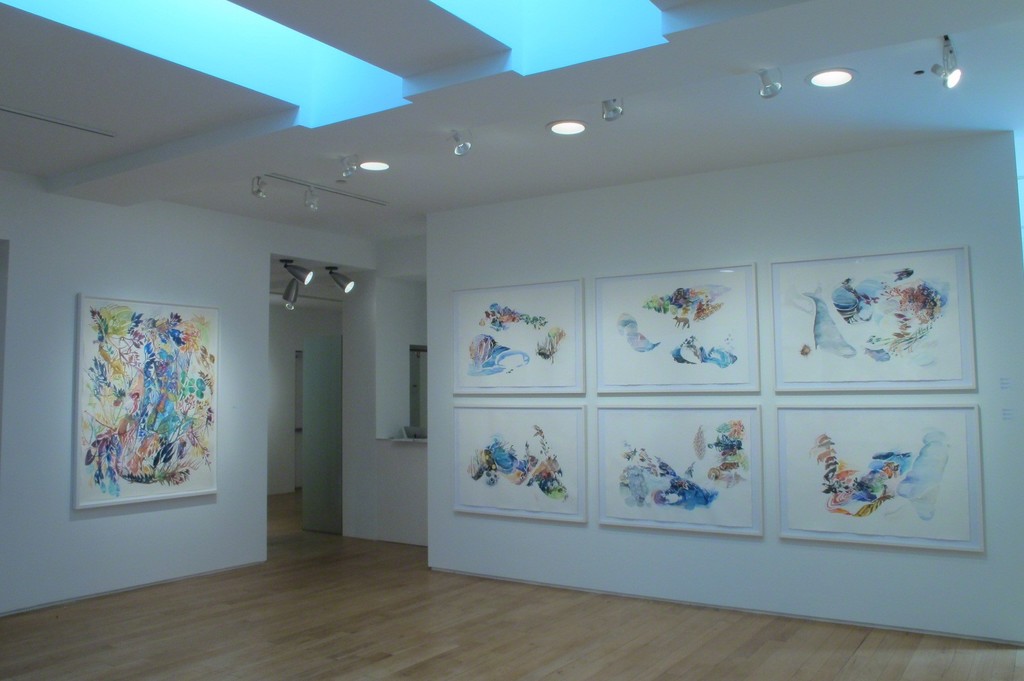 Praxis is pleased to present Emotional Landscapes, the solo exhibition by Ignacio de Lucca (b. 1960 Misiones, Argentina).
A reception to celebrate the opening will be held at 541 West 25th Street, on Thursday November 12th, 2015, from 6 to 8 pm.

From the drop to the river; the drop falls to the earth and feeds plants which, in turn, yield fruits that will then be seeds amidst roots that give shape to treetops where birds live and the jungle breathes.
Thousands of drops, water, with which Argentine visual artist Ignacio de Lucca reconstructs fragments of the vegetation of the province of Misiones on white sheets of cotton-like clouds.
Everything happens at once. There is no before or after. In Ignacio de Lucca’s paintings, nature seduces to release maps of thought at whose core lies a biomorphic chain-the architecture of a living organism. This is where movement undoes hierarchies.
Branches, monkeys, reeds, nests, and coatis set the pace in a circular time in which, like a prickly japencanga-liana typical of the jungle of Misiones, thousands of layers constitute a silent force to dispel excess and salvage the void.
Paintings like haikus, fragments of colors of vastness, brief poems built from moments embedded in the earth, water, sky to insinuate a dialogue as complex as it is poetic between beings we think we recognize since they try to look like they belong to this world.
De Lucca confesses that his works are born of an impulse, a drive where chance flows, indifferent to anything formal and mindful only of a changing palette in the midst of rapture that gives origin to rhizom¬atic shapelessness.
The meaning of his watercolors lies in the flow of desire. It is with this rhythm that he maps the region where birds, bulls, and vines compose planes brimming with connections of inevitable beauty.
Waves, winds, eggs that are rocks; birds that become wings, sea urchins. And, in the midst of this cel¬ebration of pictograms, shadows vanish, forms come undone to insinuate a network of tissue internal to the landscape.
The leading players change in the body of work produced by this artist from Misiones. First it was rhi¬zomes with a more figurative and subtropical complexity; then so many tree-like forms that enveloped us in their playful carnality and mirrors; now these maps of color have arrived in this geological evolution-a constant excuse to paint. In them, the nests of carancho and japecanga birds remind us that we are always in the same place –the embodied and ungraspable bush of Misiones– but also someplace else: the silent space of more philosophical painting that threatens at times to become geometric.
Watercolors of the floating world, scenes surrounding a bank-less river in which Ignacio de Lucca pays tribute to shadows by celebrating painting.
EUGENIA VIÑA