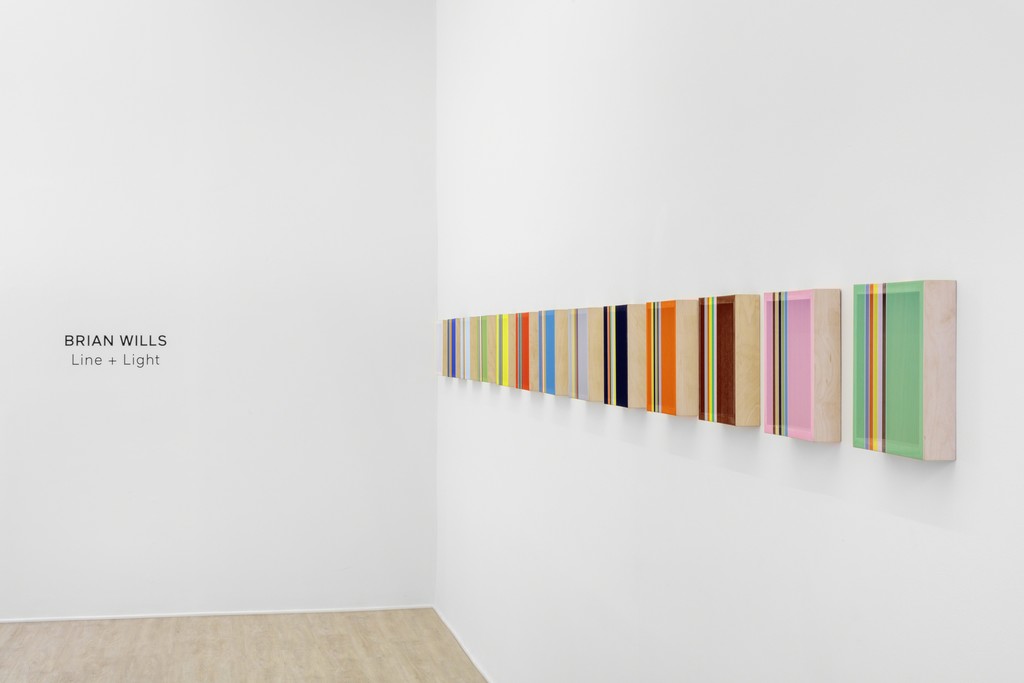 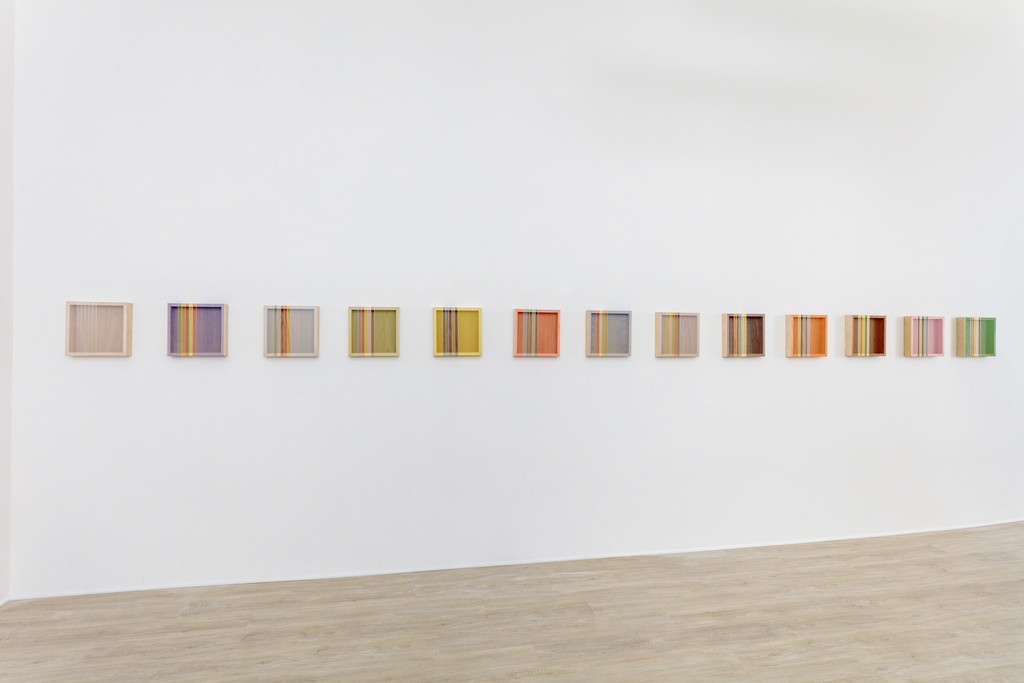 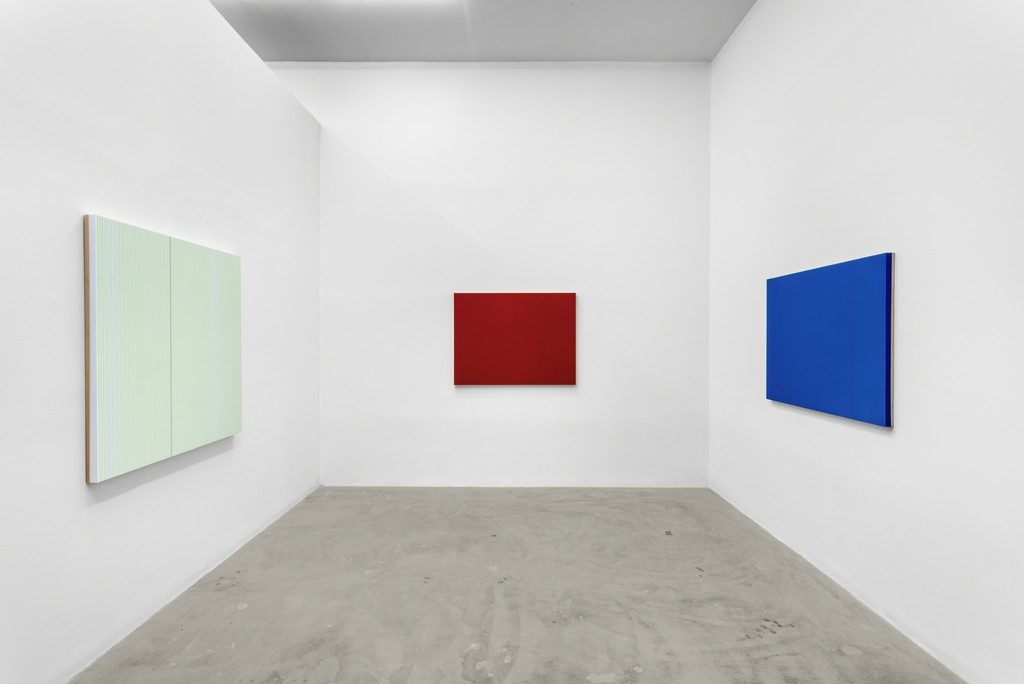 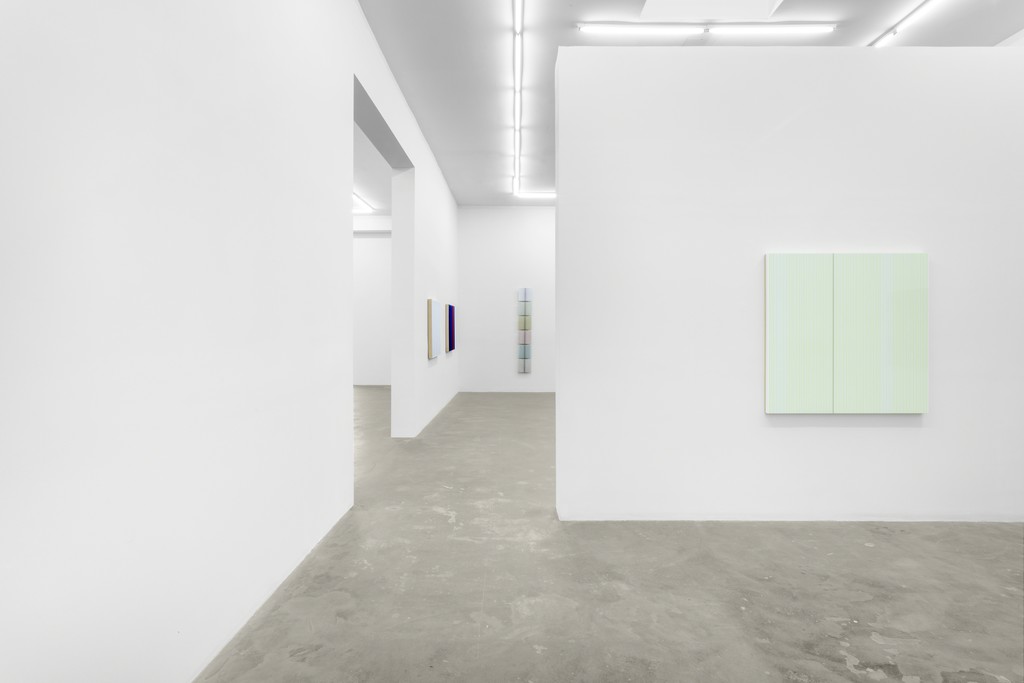 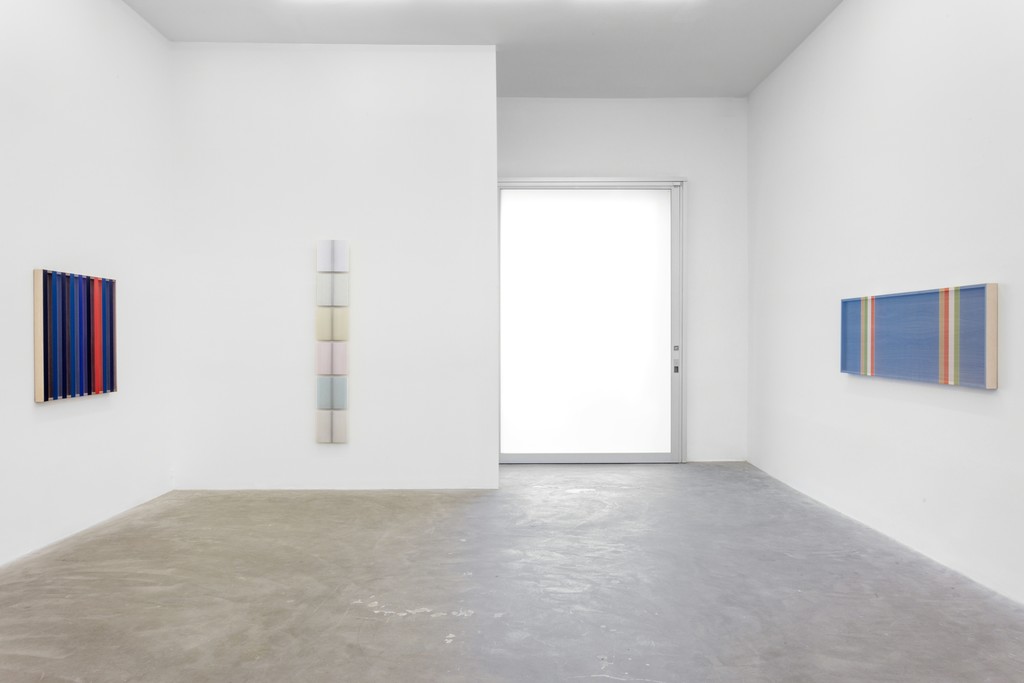 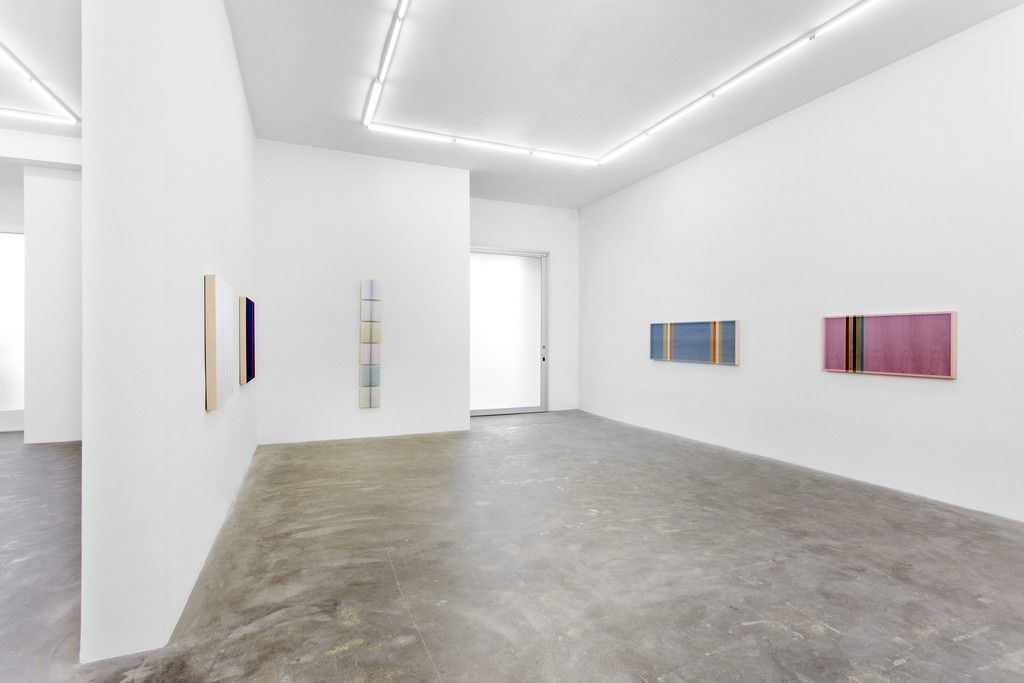 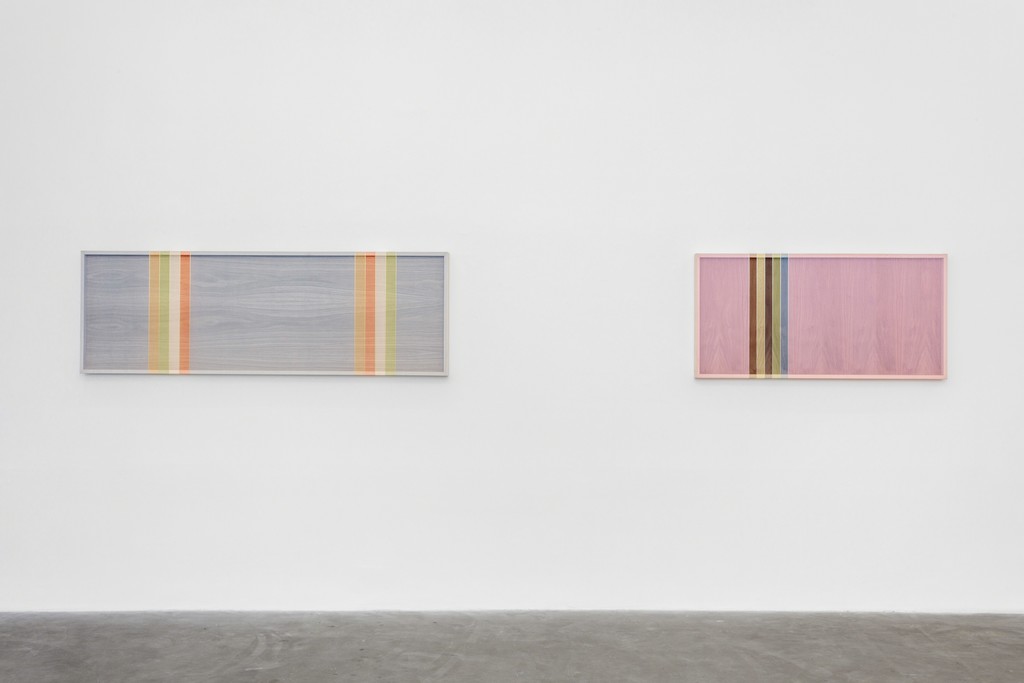 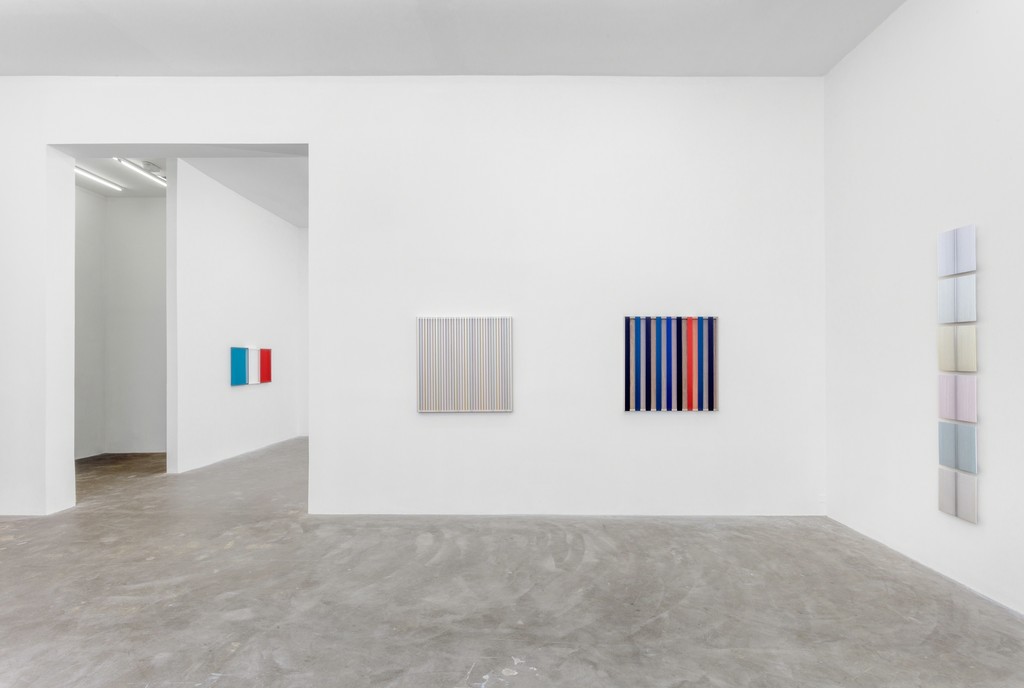 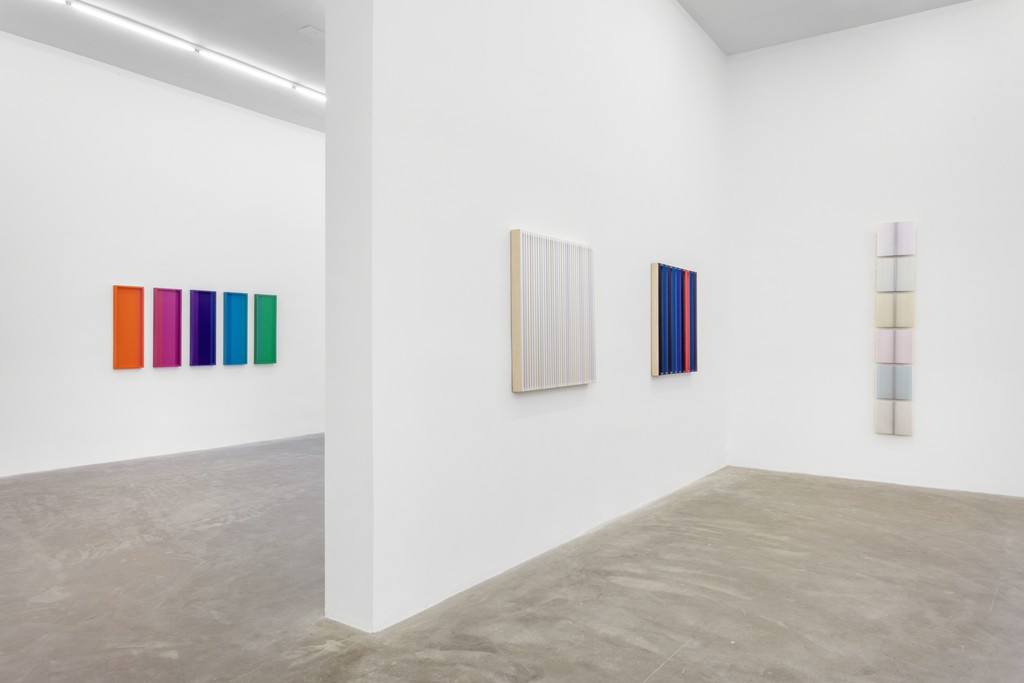 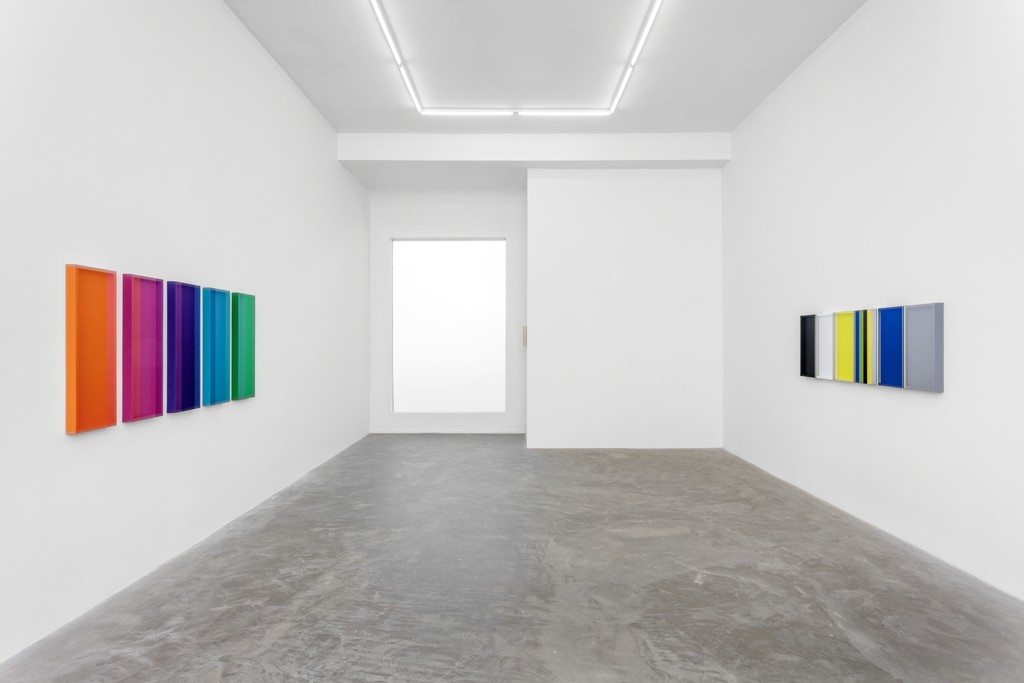 Praz-Delavallade is pleased to present the first solo exhibition by Brian Wills with the gallery in Los Angeles, opening Saturday, September 9 and on view through October 28. In his new body of work, Wills continues to use his trademark materials of thread and wood to navigate modes of perception. Like his predecessors in the 1960’s Light and Space movement, Wills furthers their explorations, merging formalist concerns with his idiosyncratic use of materiality and color.

Adopting a minimalist ethos, Brian Wills has embraced the ideology of the relationship between space and the spectator. His work is characterized by simple and smooth geometric shapes that lend themselves to a physical form of appreciation. His exhibition comprises three series of new works, one of which is focused around his signature use of hovering rayon thread over oak and walnut shadow boxes, where thread becomes both color and surface within the conceptual space of painting. In a new series, he takes this process a step further by painting the wooden surface behind the thread into solid tones, bringing a different depth and complexity to the work. The final series on view comprises three works where thread is embedded, not suspended, into the surface of panels through his use of linear polyurethane, creating a glossy depth akin to that of a car finish or surfboard – referencing the “finish-fetish” of John McCracken or Peter Alexander. These series identify the difference between the natural and the manufactured appearance of wood grain and solid color intersecting with threads of various color, while also forming dialogues between two visual patterns that intersect, overlap, and interfere with one another in compelling and sometimes confounding ways.

Each work is a long-term endeavor, a study in patience and precision as thousands of threads are individually stretched by hand across wooden armatures. The endless and minute variations in the composition, between colors, in width and frequency of line, in the space between thread and frame, allows Wills to manipulate perception as colors, shadows, and surface are gradually revealed and require closer inspection. With movement, the works shift continually and engage in a dynamic give-and-take relationship, obliging the viewer to establish a physically intimate connection with a controlled chaos that favors perpetual and close examination. As James Turrell has said, “There’s a sweet deliciousness to seeing yourself see something.”