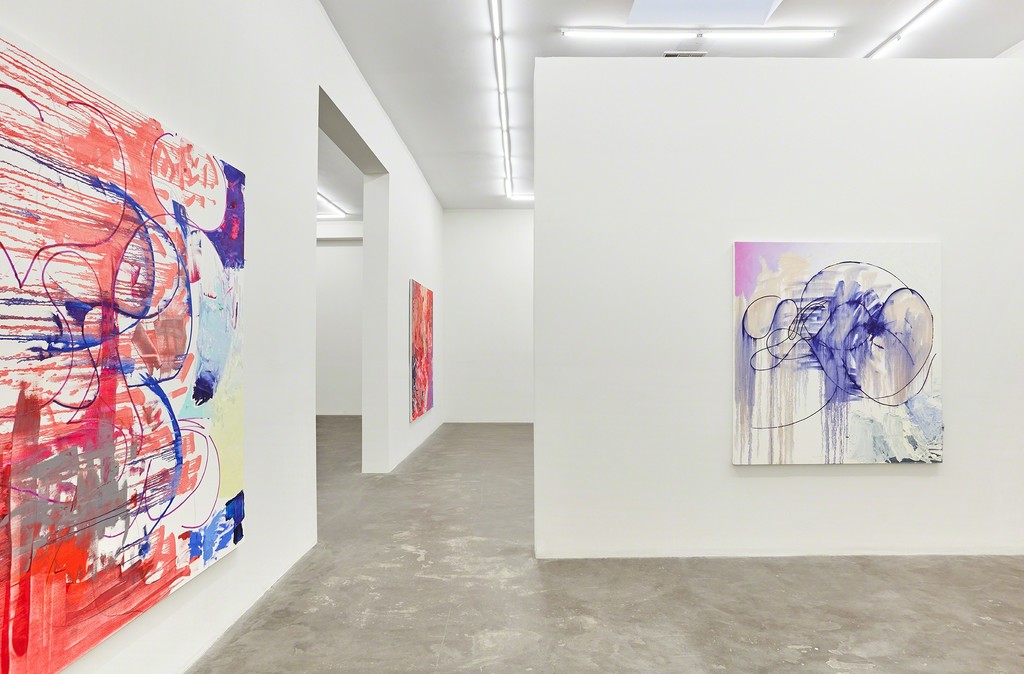 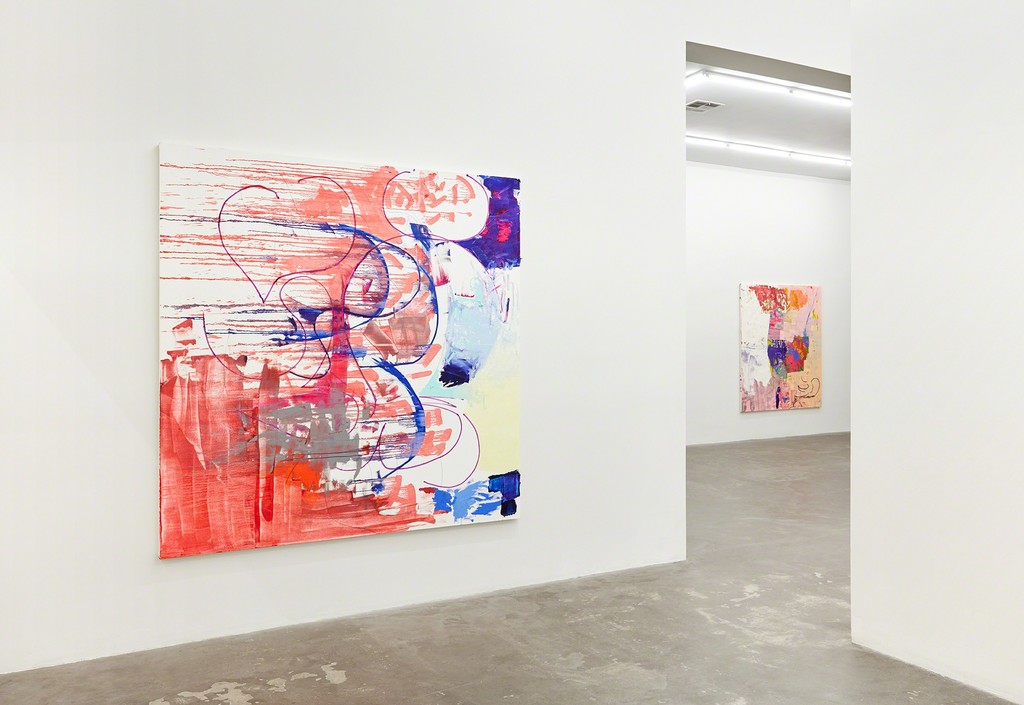 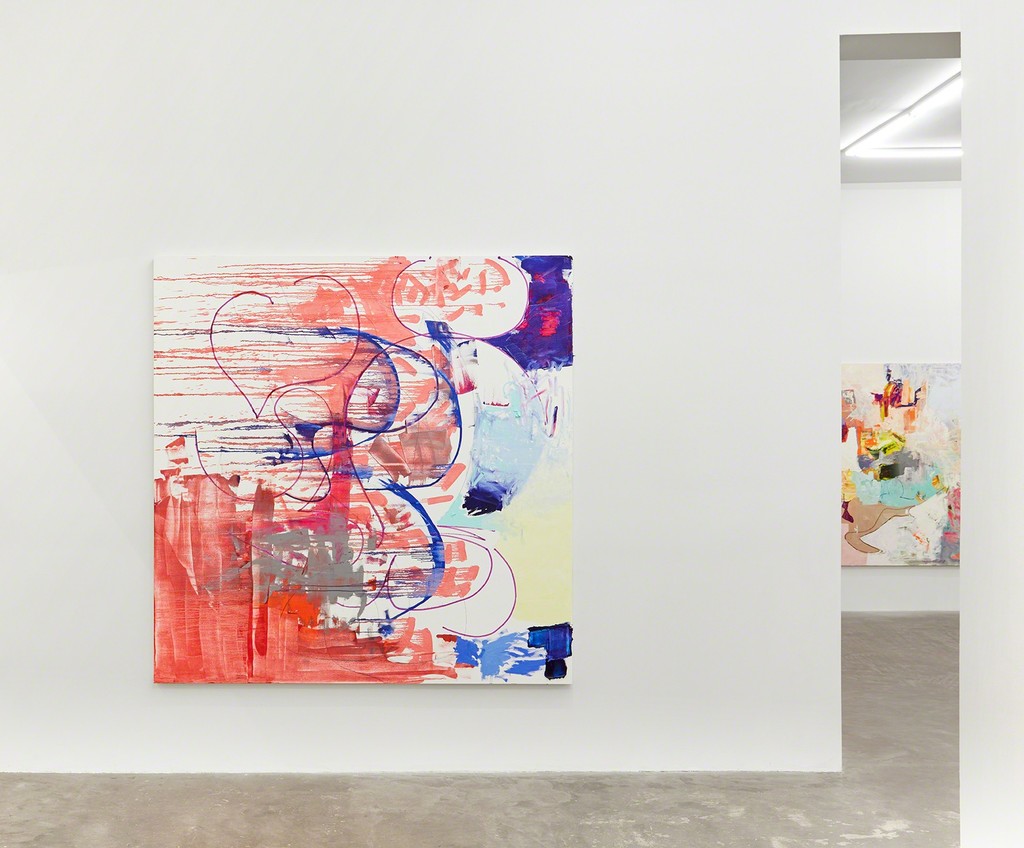 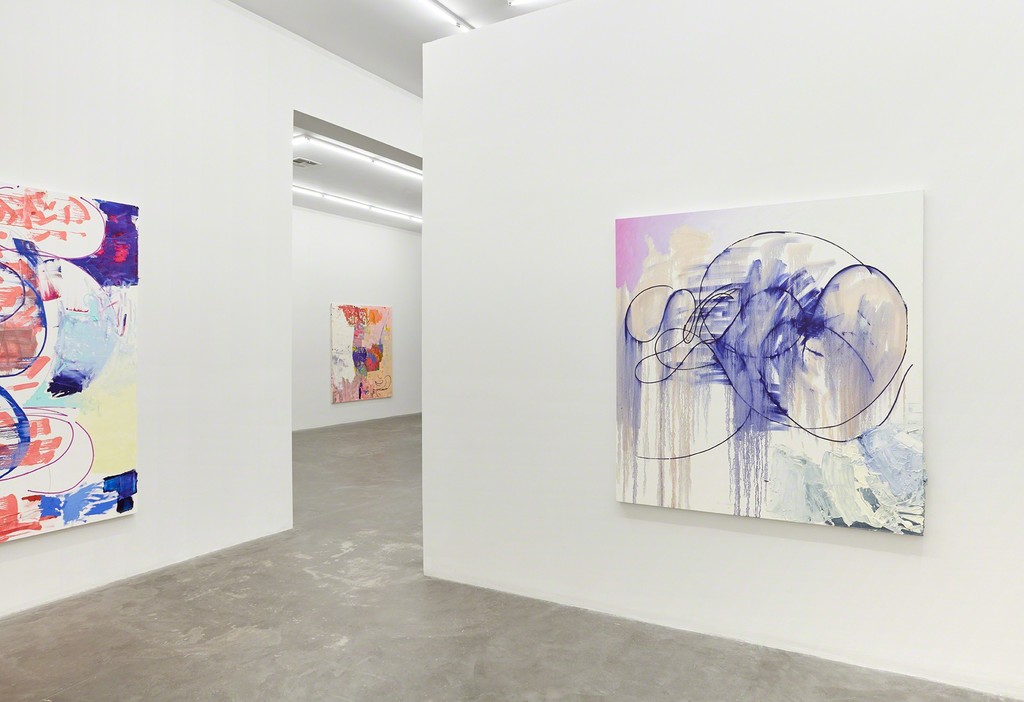 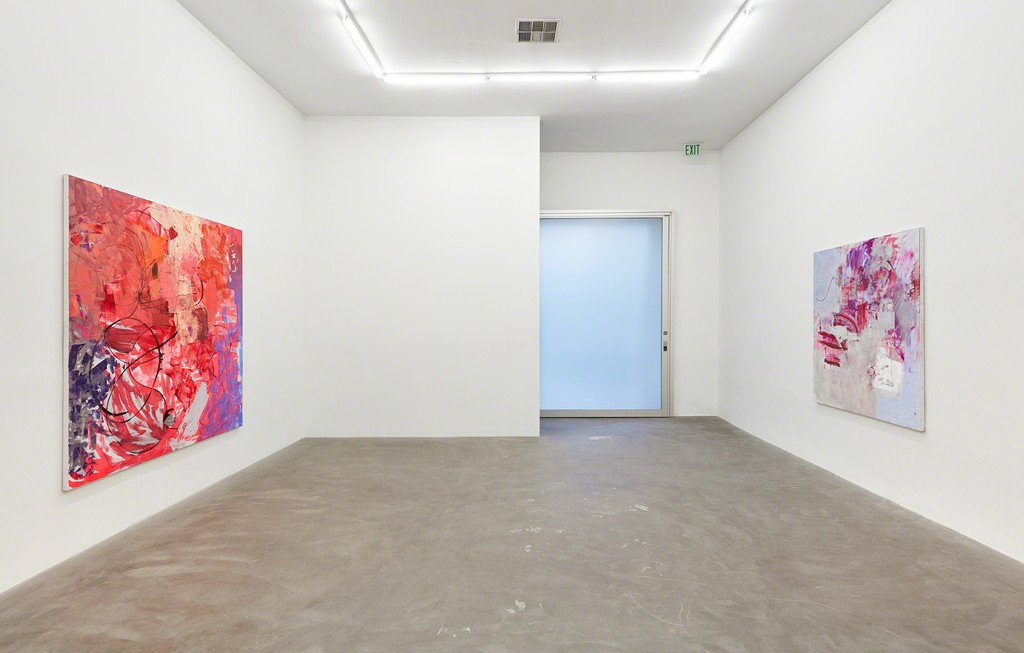 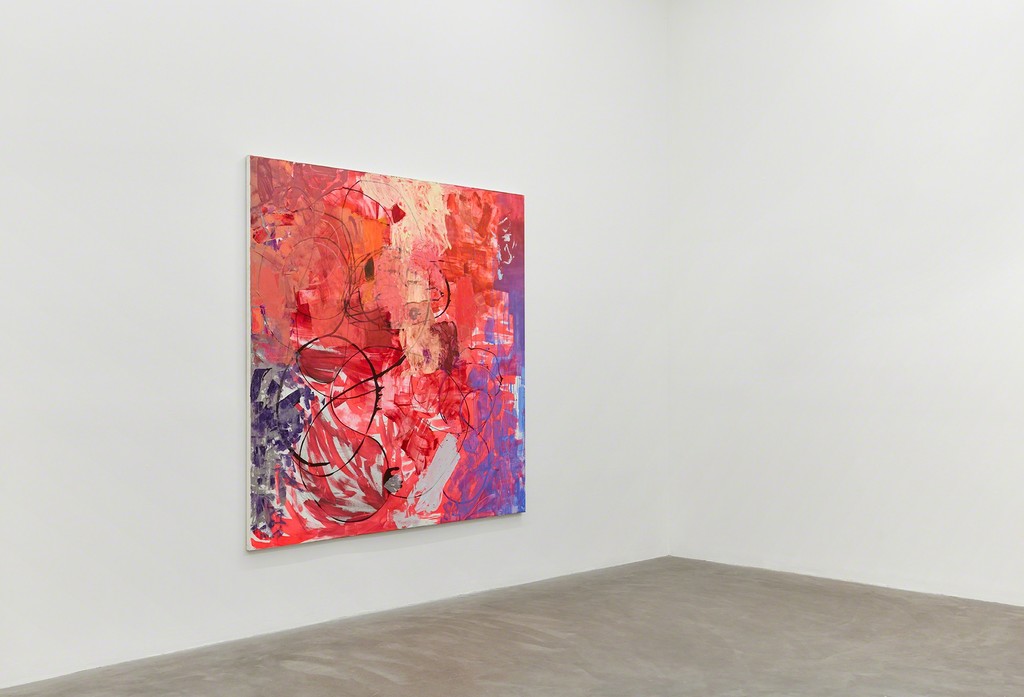 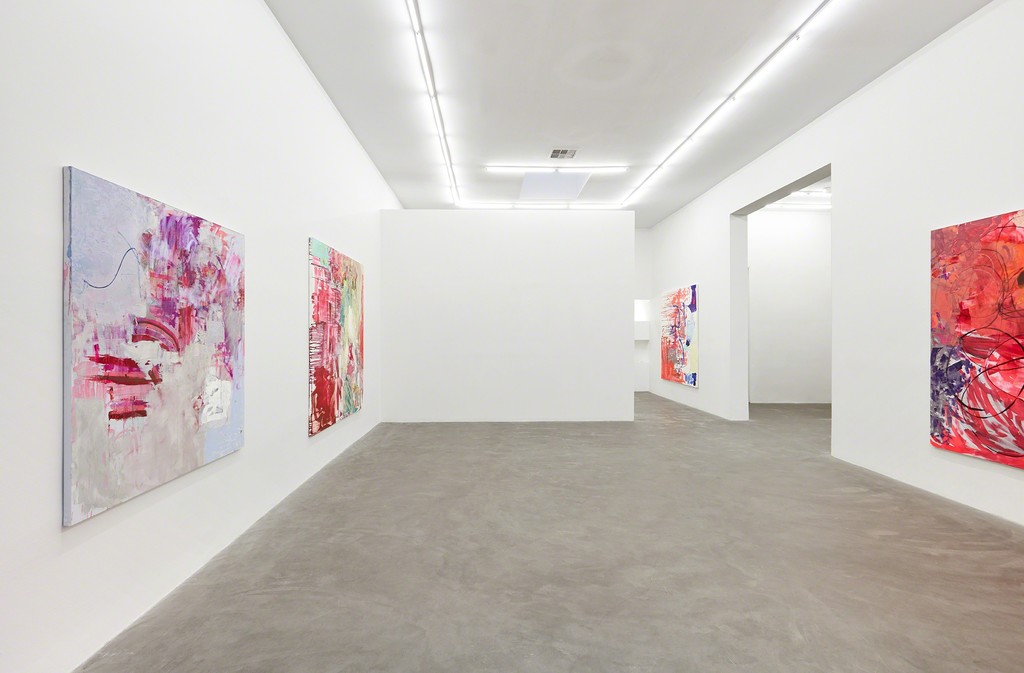 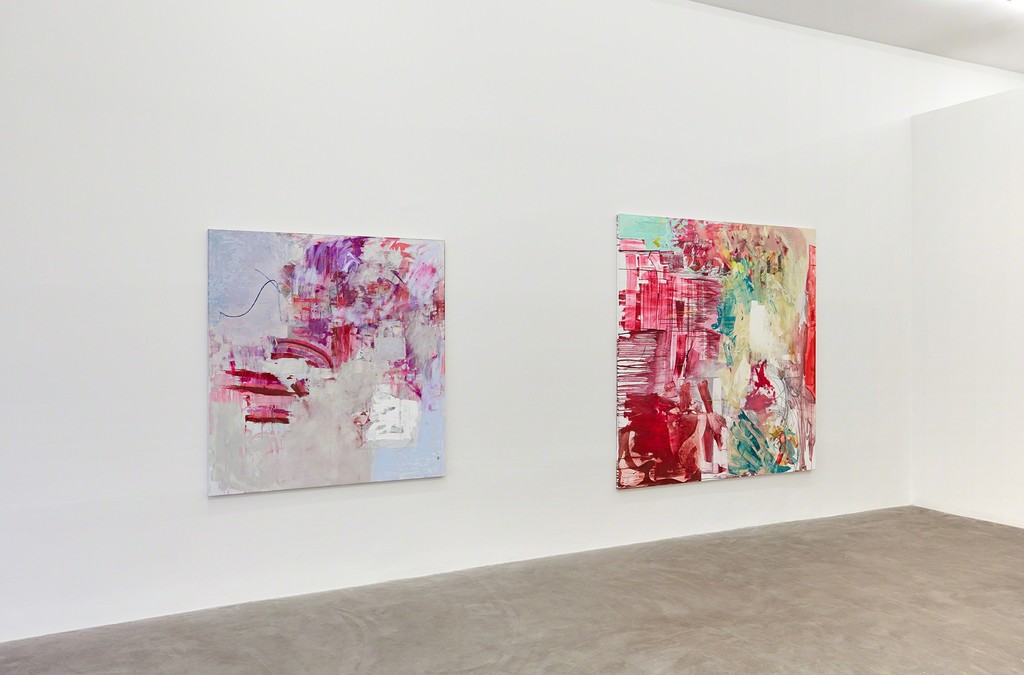 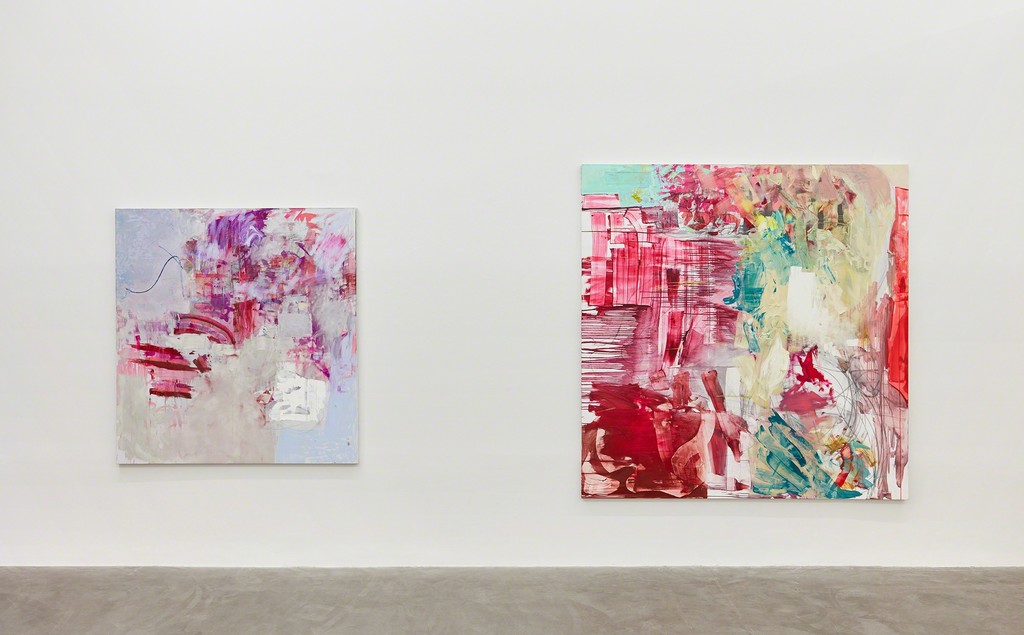 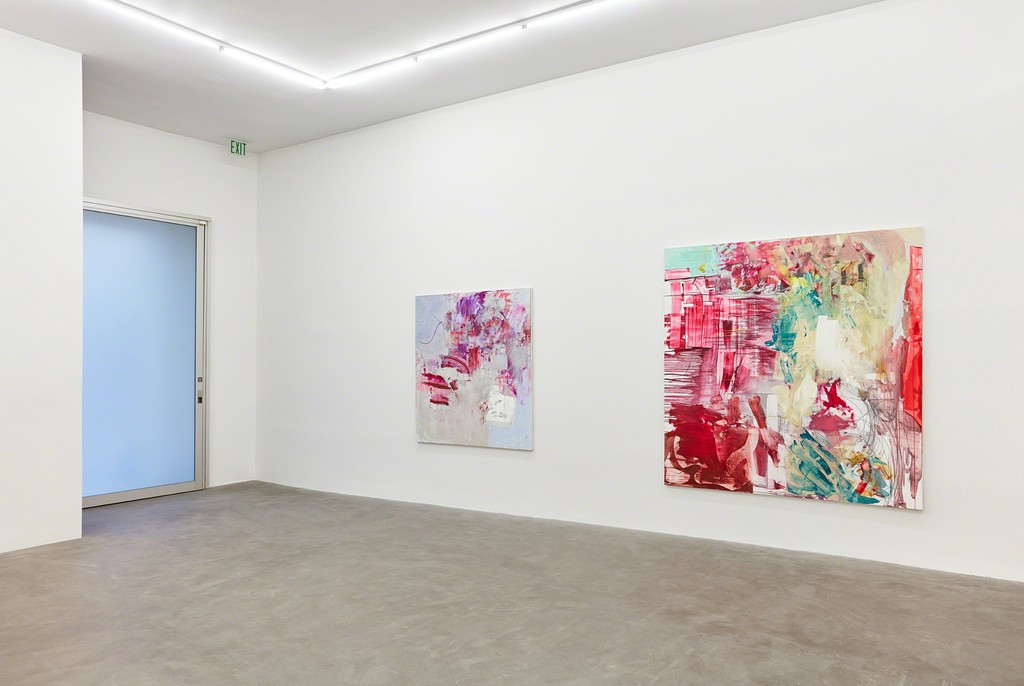 Praz-Delavallade is pleased to present Alexander Kroll’s first exhibition with the gallery, on view in Los Angeles from January 13th – February 24th.

A New York native, Alexander Kroll fully embraced abstraction and improvisation in painting only after moving to Los Angeles. Though having relocated, he remains a true New Yorker in his heart and soul and personifies, as such, the integration of an East coast spirit into the effervescent Los Angeles art scene.

There is something of a fighter about Kroll. He is like a resistant left over from the golden age of abstract expressionism, spontaneously expressing his freedom in an ample, generous openness, an openness whose ardor establishes a connection with human emotions. This unique and personal approach is one of empowerment and is therefore reminiscent of some of the major movements of the post-war years, of a time when Clement Greenberg asserted the need to protect art from being assimilated with entertainment.

His paintings are illusions that afford us a better understanding of spatial questions and reduce the dissatisfaction we feel when confronted with a new pictorial language. For Kroll, the abstract nature of his paintings places them in the same space as his body and therefore his works are almost more physical than imaginary. Art for art’s sake is taken to a higher level and becomes the expression of an absolute, a point where any attempt to resemble a model would be in vain because content is dissolved into form. “I consider myself a lifelong student of the technology of painting” Kroll likes to say.

Each painting is born out of graceful, rapid and spontaneous gestures as the artist instinctively confronts the blank canvas, adding colors in distinct touches, moving back and forth, finding solutions or renouncing as one brushstroke naturally follows another, gaining in precision until they impart a feeling of movement that reaches out beyond the painting. Kroll asserts his individual freedom by expressing his inner nature in a kind of spiritual experience that confers a joyous authenticity to his work and reveals his deep and personal vision in a serene affirmation of his aesthetic and pictorial mastery to which this exhibition bears witness.

Alexander Kroll (b. 1981, New York City) received his BA from Yale University and his MFA from Otis College of Art and Design. Since 2012 he has been an associate professor of Fine Art at the Art Center College of Design. His work has been exhibited extensively both nationally and internationally, and he has been included in exhibitions at the Torrance Art Museum, Torrance; Irvine Fine Arts Center, Irvine; Armory Center for the Arts, Pasadena; and the Lincoln Center for the Performing Arts, New York.