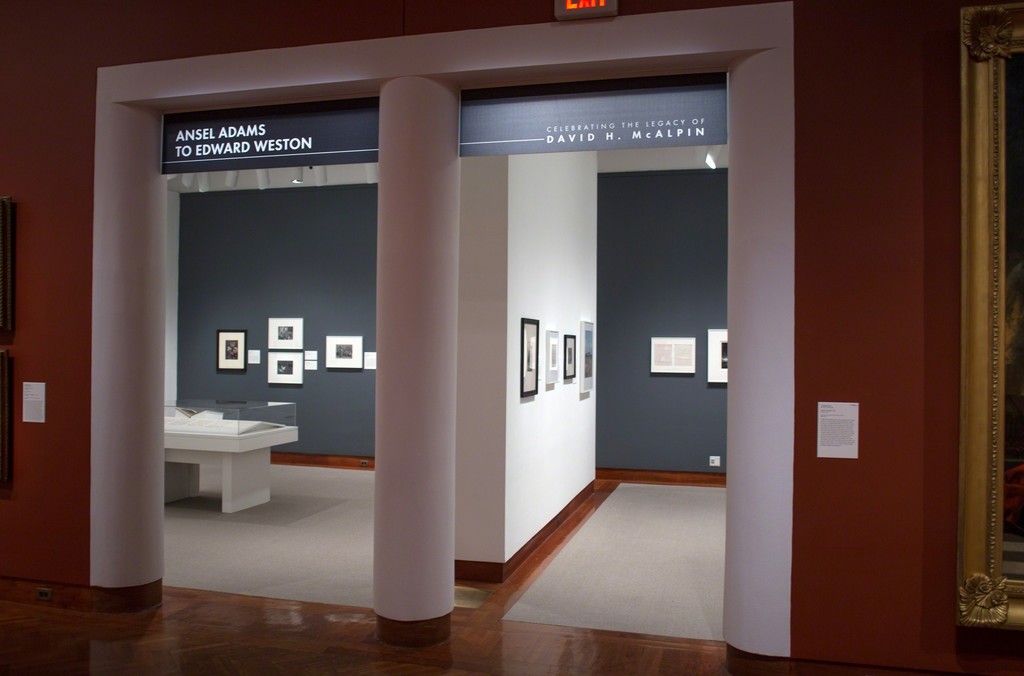 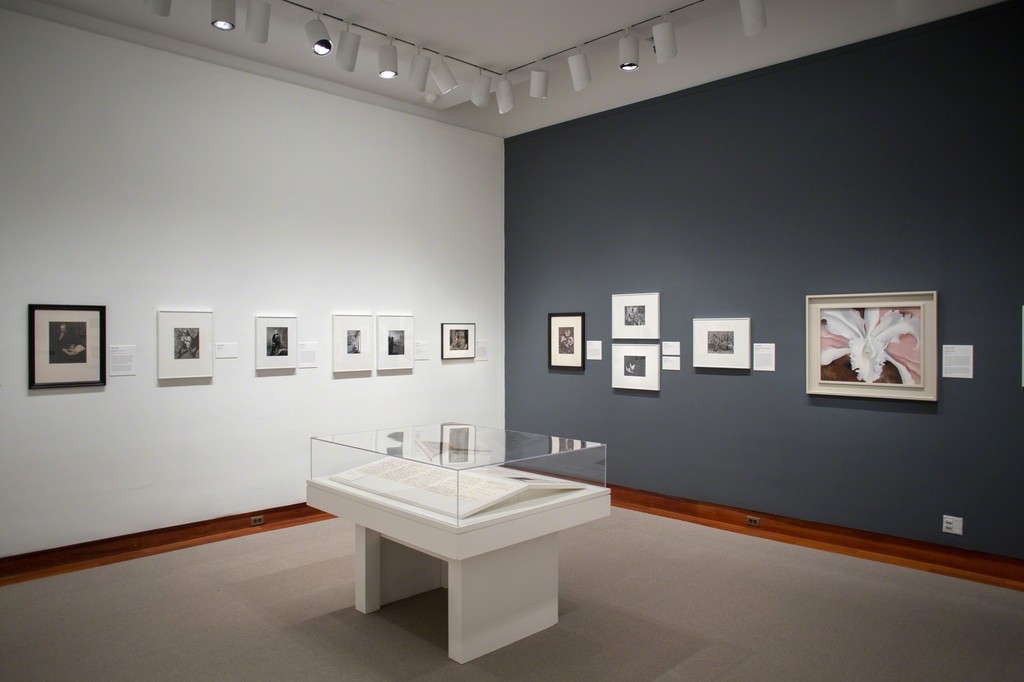 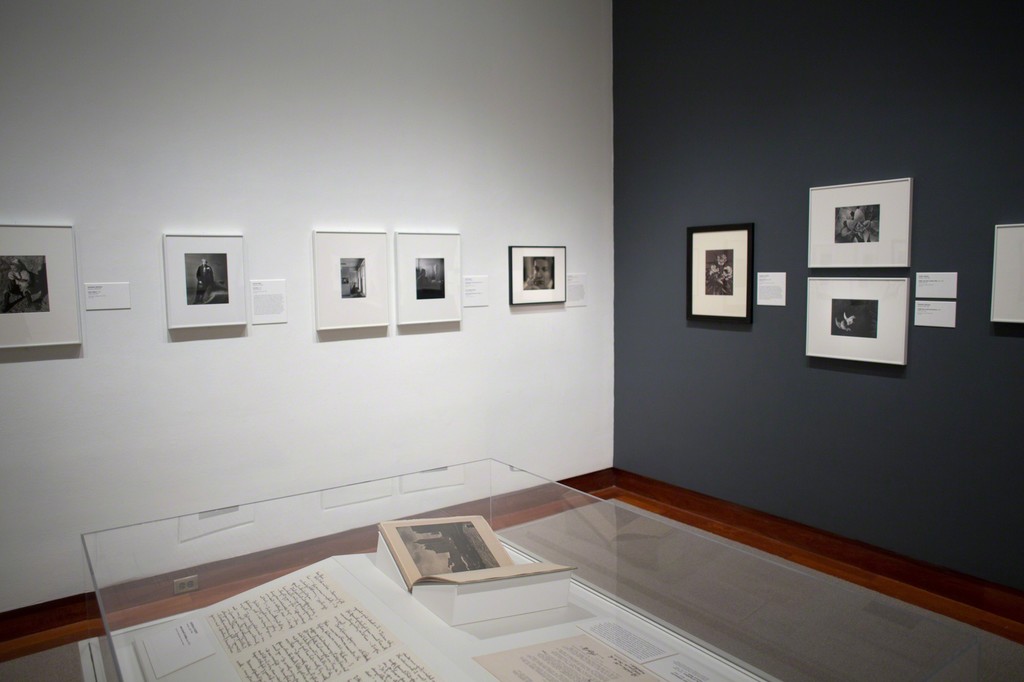 Ansel Adams to Edward Weston: Celebrating the Legacy of David H. McAlpin will be on view at the Princeton University Art Museum June 25 through Sept. 25, 2016

PRINCETON, NJ—When David McAlpin, Princeton Class of 1920, donated more than 500 fine-art photographs to the Princeton University Art Museum in 1971—in an age in when photography was still considered a reproductive medium—it became one of the earliest museums to commit to photography as an art form. In addition to these gifts of art, McAlpin endowed an acquisitions fund at the Museum as well as a professorship in the history of photography at Princeton—the first in the nation.
In his lifetime, McAlpin amassed one of the century’s most significant collections of American photography, anchored by an unparalleled suite of prints purchased directly from Ansel Adams and Edward Weston, two of the great American masters of the medium. His gift to the Museum in 1971 included exceptional works by acclaimed historical photographers of the nineteenth and early twentieth centuries, such as Francis Frith and Heinrich Kühn, as well as works by those artists whom McAlpin had befriended and known over the decades, including Ansel Adams, Georgia O’Keeffe, Eliot Porter, Alfred Stieglitz, Edward Weston and Minor White.
To mark the forty-fifth anniversary of his remarkable philanthropy—and to recognize McAlpin’s pioneering legacy as a collector and a key figure in the establishment of the study of photography in the museum and in the academy—the Princeton University Art Museum will present Ansel Adams to Edward Weston: Celebrating the Legacy of David H. McAlpin, from June 25 through Sept. 25, 2016. The exhibition celebrates McAlpin’s foresight by bringing together works from his gift, acquisitions made possible through his fund and archival material that brings his artistic network to life. Additionally, the installation will feature correspondence between the collector and the artists whose work he most favored, recently donated by David McAlpin Jr., Princeton Class of 1950.
“David McAlpin’s gift to the Princeton University Art Museum instantly put the institution on the map as a leader in the emerging field of photography,” said James Steward, Nancy A. Nasher–David J. Haemisegger, Class of 1976, Director. “This anniversary provokes us to remember the profound vision of these innovative image-makers, the wonder of the photographic medium, and the powerful role of a single visionary collector.”
An investment banker for most of his career, David McAlpin (1897–1989) was also a trustee of Princeton University, an officer at many philanthropic organizations and a committed conservationist. It was his championing of photography, however, that set him apart. In 1978 photographer Ansel Adams stated, “No one has done more for photography in this country than David McAlpin.”
McAlpin’s lifelong interest in photography coalesced in the 1930s, when he visited An American Place, the Manhattan gallery overseen by the photographer and impresario Alfred Stieglitz. McAlpin soon became acquainted with many prominent artists, including Ansel Adams, Georgia O’Keeffe, Eliot Porter, Charles Sheeler and Edward Weston.
While McAlpin collected broadly across subjects, from portraiture to still life, his passion for landscape images is borne out by his pursuit of photographs by Adams and Weston, the two artists who emerge as the anchors of the McAlpin collection and of the present exhibition.
Ansel Adams to Edward Weston: Celebrating the Legacy of David H. McAlpin has been made possible by support from the Bagley Wright, Class of 1946, Contemporary Art Fund, with additional support from the Partners and Friends of the Princeton University Art Museum.

About the Princeton University Art Museum
With a collecting history that extends back to the 1750s, the Princeton University Art Museum is one of the leading university art museums in the country, with collections that have grown to include over 92,000 works of art ranging from ancient to contemporary art and spanning the globe.
Committed to advancing Princeton’s teaching and research missions, the Art Museum also serves as a gateway to the University for visitors from around the world. Intimate in scale yet expansive in scope, the Museum offers a respite from the rush of daily life, a revitalizing experience of extraordinary works of art and an opportunity to delve deeply into the study of art and culture.
The Princeton University Art Museum is located at the heart of the Princeton campus, a short walk from the shops and restaurants of Nassau Street. Admission is free. Museum hours are Tuesday, Wednesday, Friday and Saturday 10 a.m. to 5 p.m.; Thursday 10 a.m. to 10 p.m.; and Sunday 1 to 5 p.m. The Museum is closed Mondays and major holidays.