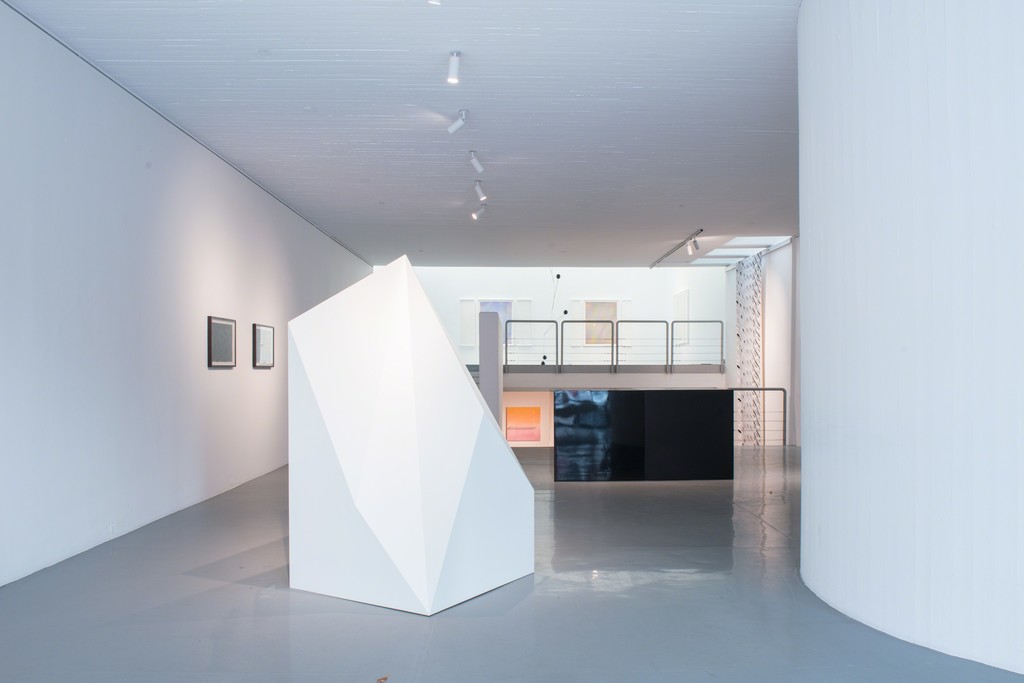 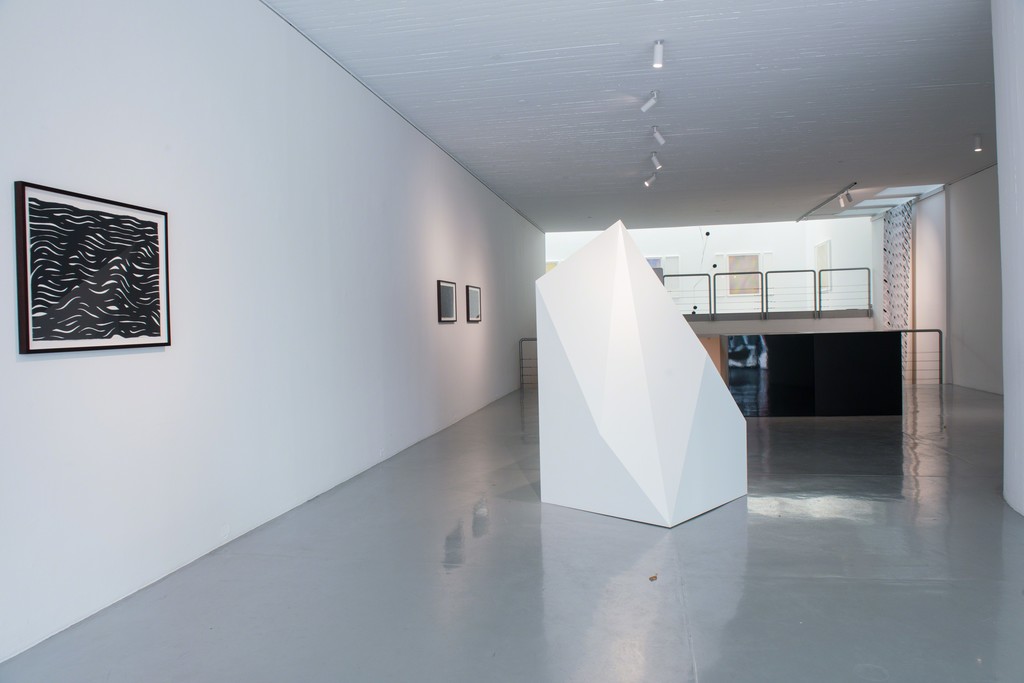 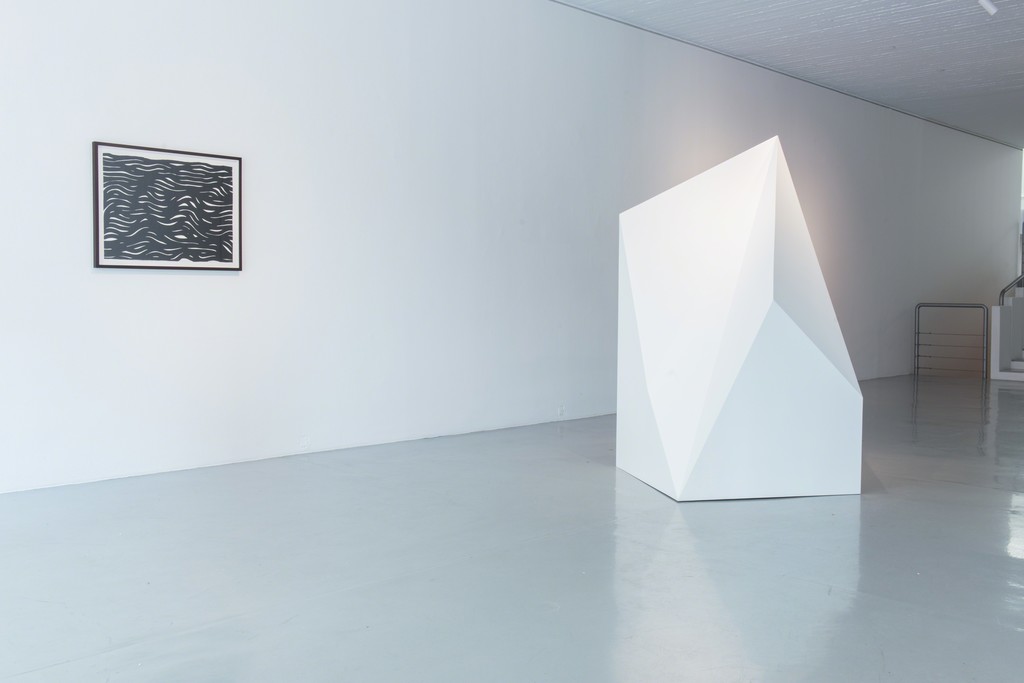 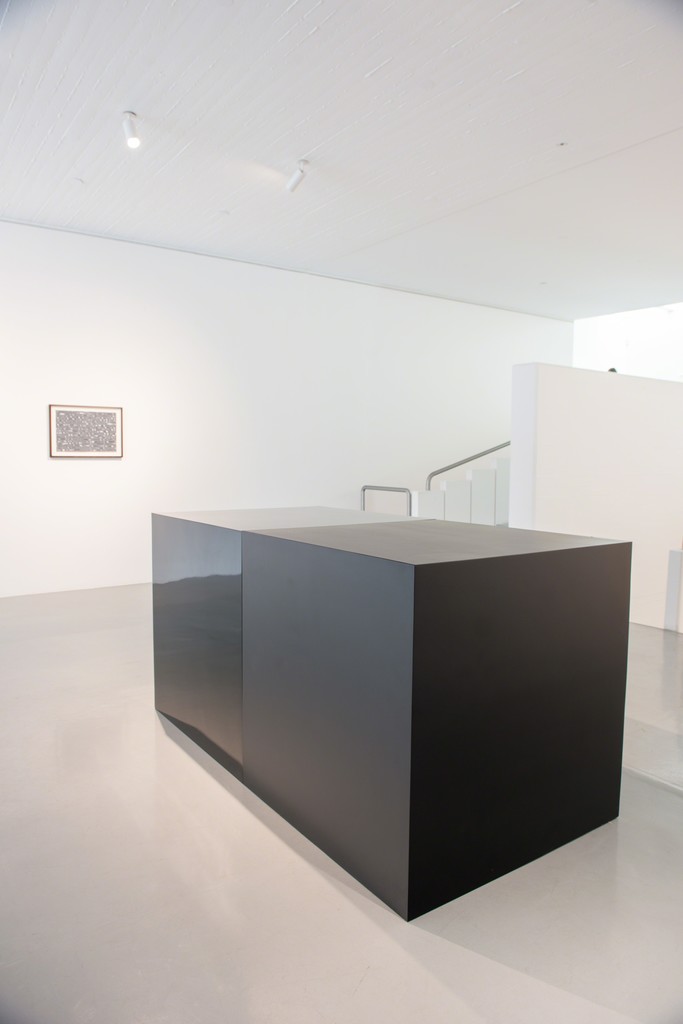 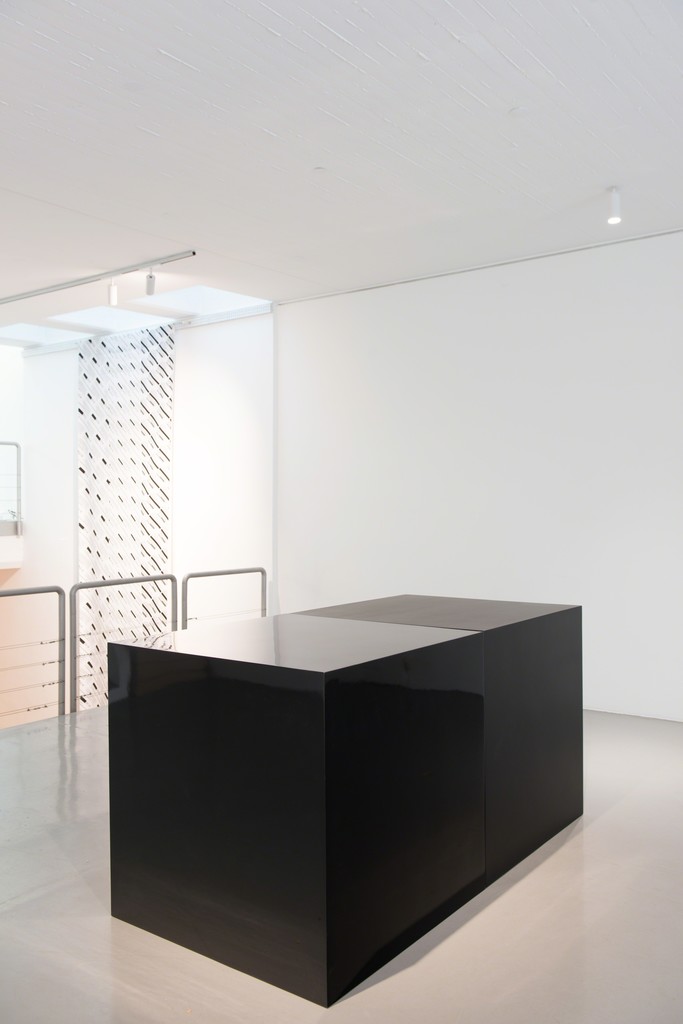 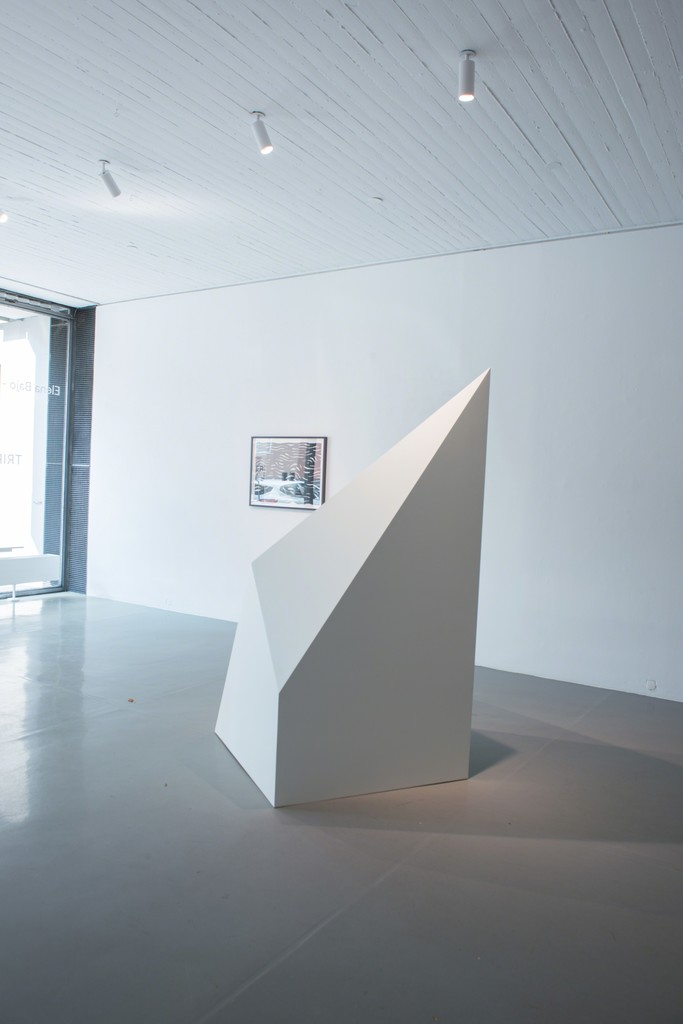 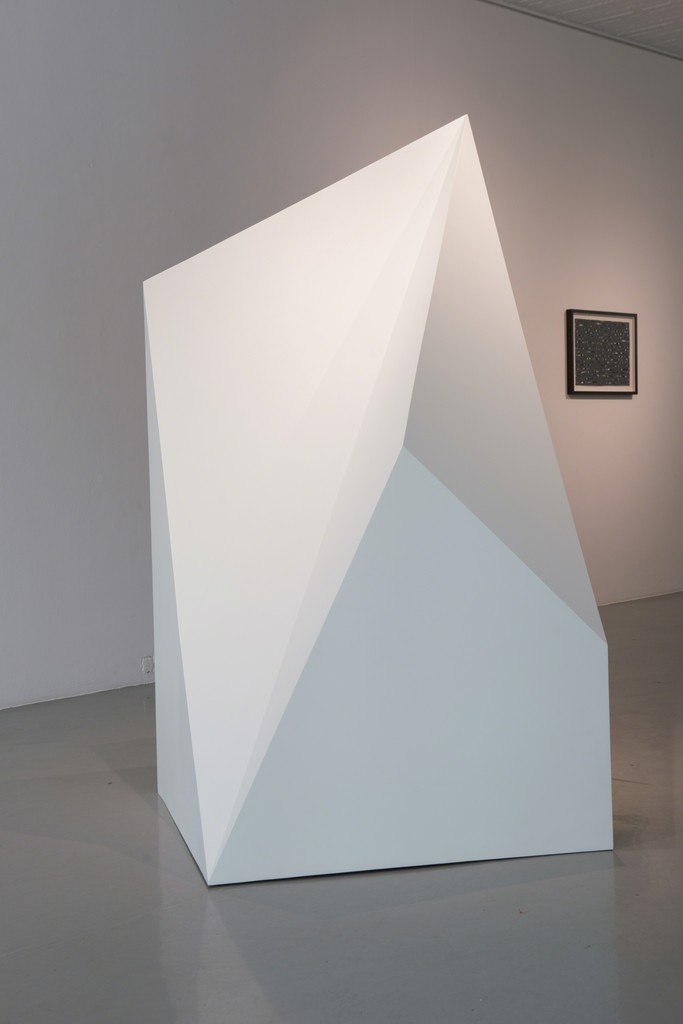 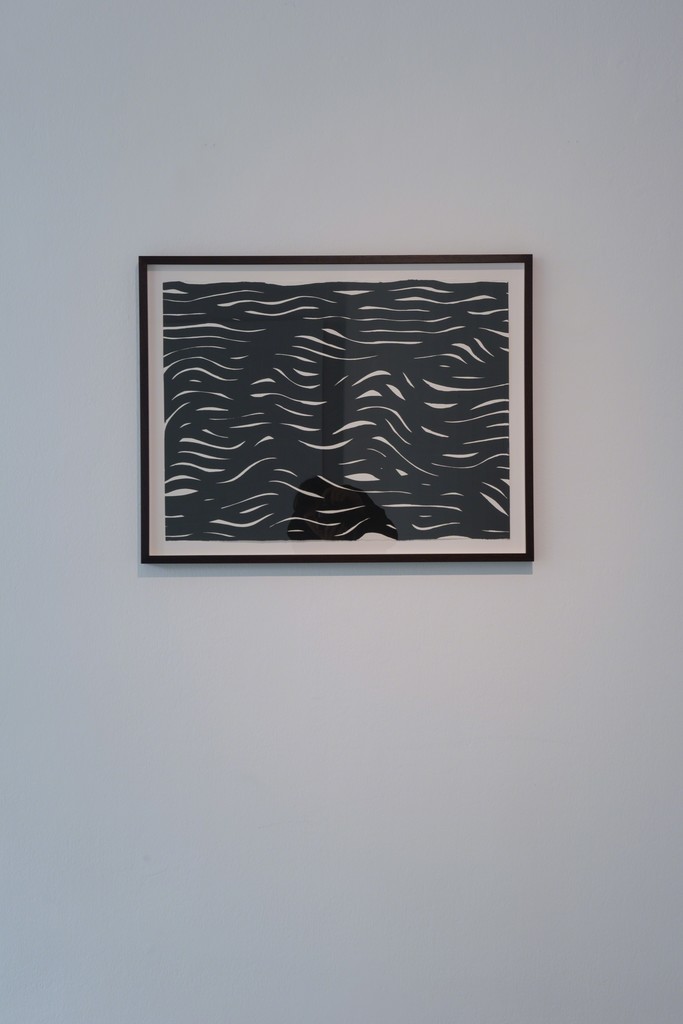 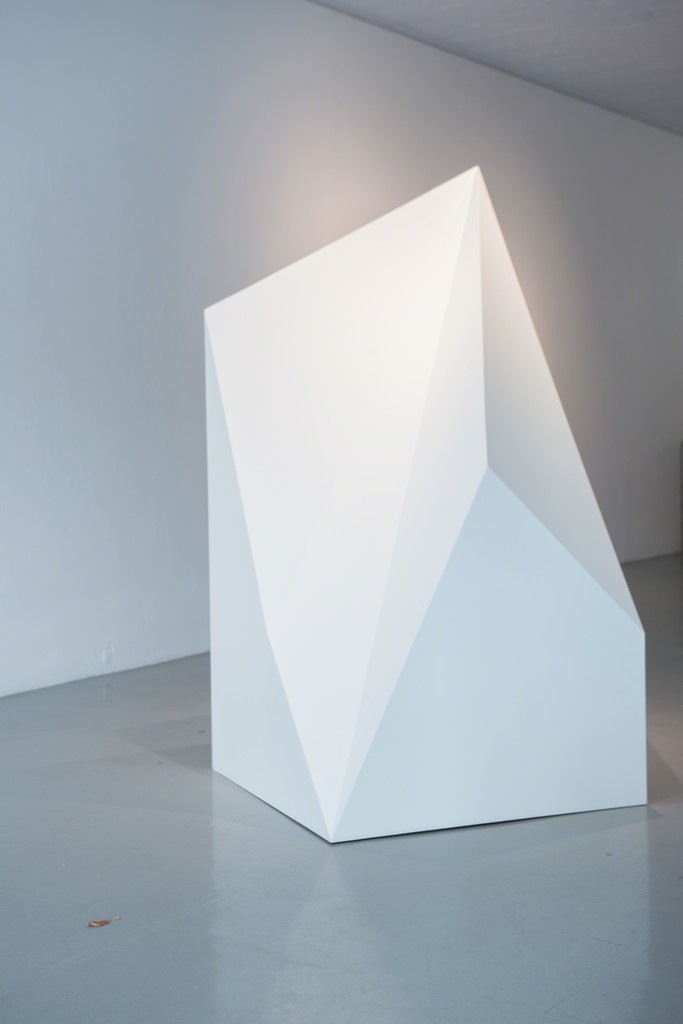 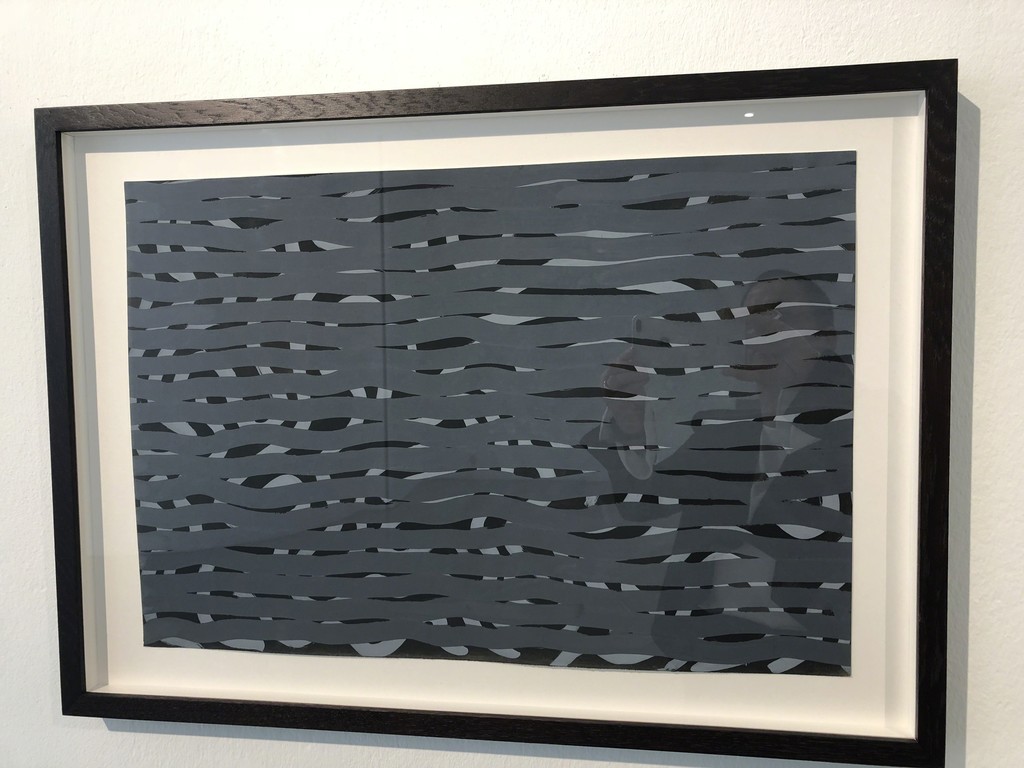 PRISKA PASQUER’s TRIPLE EXPANSION exhibition brings together the works of 1960s pioneer SOL LEWITT (born in Hartford, Connecticut, in 1928; died in New York in 2007) with those of contemporary artists JANE BENSON (born in Thornbury, England, in 1975) and ELENA BAJO (born in Madrid, in 1976). In their own respective approaches, all three artists seek out something new in very different ways, so that a different type of radical “expansion” – conceptual, transformative or anarchistic – can be experienced on each of the three levels of the exhibition space.

By juxtaposing artists from two generations in this way, PRISKA PASQUER takes up where she left off with the RESET series of exhibitions, which she initiated on moving into the rooms of the former Rudolf Zwirner Gallery. The group exhibitions are devoted to artists who take a pioneering approach to exploring the radical changes of our age. A theme that runs through this series is that of artistic questions and movements that were often triggered by technical developments and that concerned themselves with a changing society and a dramatically changing world. One salient characteristic of the RESET exhibitions is their dialogical structure with artists from two different generations.

In RESET I and MODERNISM (2015), pioneering artists from today were compared with their predecessors from an earlier Western modernist age that was shaped in equal measure by political, economic and cultural revolution. The exhibition presented eleven contemporary artists scrutinising or commenting on the digital age in all media forms. The other part of the dialogue came from works from the 1920s and 1930s, such as those of El Lissitzky, Alexander Rodtschenko and avant-garde Japanese and female German photographers.

RESET II and FUTURISMUS (2016) created a dialogue between contemporary art and Italian futurism. On display were works on paper and photographs of Italian futurism that accentuate the dynamic and technical advancement of the time. Forming the opposite side of the dialogue were works by eleven contemporary artists who are currently looking for adequate forms of expression in a dramatically changing world.

RESET III and VIRTUAL REALITY (2017) examined how artists explored virtual space against the background of modern-day changes. To this end, works from the Bauhaus era – by, among others, Laszlo Moholy-Nagy, Umbo, T. Lux Feininger, and Grit Kallin-Fischer – were juxtaposed with immersive virtual reality experiences.

Accordingly, the current TRIPLE EXPANSION exhibition takes up where the RESET trilogy leaves off in as much as it brings together artists from two generations who approach radical work in very different ways, calling traditional hypotheses into question and looking for something new. At the same time, all three artists share an interest in structure, repetition and their transformative elements.

On the ground floor are sculptures and gouaches by SOL LEWITT; on the top floor, a new series of text-based works by JANE BENSON is on display; finally, on the lower level, ELENA BAJO combines paintings, sculptures, and assemblages composed of reclaimed plastics, tap water washed fabrics and metal pipes from city waterways in a spatial installation. In a performance geared towards the communicating architecture of the exhibition space, the Spanish artist incorporates not only her own works but those of the other two artists as well.

SOL LEWITT is regarded as one of the most important representatives and pioneers of conceptual art. His basic concept, succinctly formulated by the artist himself, is that “the idea becomes a machine that makes the art”. Repetition, modular forms, serial systems and mathematical equations are the basis upon which LEWITT developed his sculptures and murals. Binary oppositions are another characteristic feature of his work open/closed, inside/outside, two-dimensionality/three-dimensionality. He left the task of executing his works to assistants.

Firmly rooted in the critical awareness of the 1960s, LEWITT broke radically with many art traditions, calling into question the relationship between work and author. “Conceptual artists are mystics rather than rationalists. They leap to conclusions that logic cannot reach”, wrote LEWITT in 1969 in his “Sentences of Conceptual Art” which, together with his “Paragraphs on Conceptual Art” (1967), laid the foundations for conceptual art and gave the art movement its name.

SOL LEWITT’s work is based on the constructivism espoused by the Bauhaus school and by Dutch artistic movement De Stijl. He developed the ideas of these movements further and experimented with architectural spatial structures, lattice patterns and grid constructions which he reduced to a minimum. Works by LEWITT can be seen, for example, in the State Gallery of Modern Art in Munich, in the New York Museum of Modern Art (MoMA) and in London’s Tate Gallery. He took part in documenta in Kassel four times between 1968 and 1982 and was represented at Skulptur.Projekte in Münster in 1977 and 1987.

PRISKA PASQUER displays two sculptures on the entry level: a white “Complex Form” from 1989 and a “Black Cubes” duo created in 2000. Painted in gleaming black, the cubes form a hermetically sealed block that contrasts with the white “Complex Form” and its intricately folded surfaces. The sharp folding edges create differences between visual perception and actual plasticity. Through the different light refractions, the longitudinal sides break down into, on the one hand, a closed back side that directs the viewer’s gaze and, on the other, a jagged front side.

In the 1980s, SOL LEWITT began to paint with gouache, creating these abstract works himself. In doing so, he worked in series that revolved around a specific motif. In addition to the two sculptures, PRISKA PASQUER is displaying black-and-white gouaches from the “Horizontal Lines” series.

We would like to thank Konrad Fischer Galerie for working with us on this.

JANE BENSON’s works explore the transition and transformation of physical materials and aesthetic identity and those of socio-political circumstances or individual biographies. All of her works seek to “re-place, re-map and re-engage accepted cultural standards, classical forms of categorisation and archetypal structures”.

JANE BENSON (born in Thornbury, England, in 1975, lives and works in London and New York) studied painting at Edinburgh College of Art (receiving a BA (Hons)) and obtained her Master of Fine Art degree at the School of the Art Institute of Chicago. Since 1993, her works have been shown in numerous individual and group exhibitions, including in Abrons Art Center, New York; Kunsthalle Emden; Queens Museum, Queens, New York; P.S.1 Contemporary Art Center/Museum of Modern Art, New York. Jane Benson staged a variety of location-specific installations, including at the Institute of Contemporary Art, Philadelphia, and in the Sculpture Center, Long Island City, Queens, New York. In 2017, the Contemporary Arts Center, Cincinnati, OH, presented the large-scale individual exhibition “Jane Benson. Half-Truths”.

JANE BENSON’s artistic approach is based on radical destruction – cutting up flags, splitting open stringed instruments or excising text and syllables out of books. The starting point for her work is the perception of the cracks that define contemporary existence. “For this reason destruction is always my initial gesture when it comes to destabilising how the ‘everyday to come’ may be defined.”

For her, destruction serves as a regeneration strategy – as a means of putting together existing elements anew, reshaping them and reinventing them. “Destruction is not a means to an end but to a beginning, a reinvention or retranslation of form and meaning.”

After copying out the texts by hand, she excised the transcripts, radically cutting out all letters except for the syllables do, re, mi, fa, so, la and ti. This gave rise to a score “the tone of which captures the repressed history of women”. In a further step, BENSON translated these tone-syllable scores into colour field prints based on Isaac Newton’s colour theory. Also exhibited are the sound sculptures titled Limited Mobilty Mobiles. Circular speakers sit at the end of steel rods supported via steel cable. The speaker wire and position of the speakers— often touching the ground— limit the movement of the mobile. Each Limited Mobility Mobile plays the sound of one of the Mona Caird’s texts, speaking to the barriers and constraints put upon women throughout history.

In her artistic practice, ELENA BAJO interweaves art, politics and life in a complex web. The artist represents a universal definition of feminism and creates inclusive spaces and artworks occupied by people, animals and plants, in which cognitive, spiritual and physical elements are present in equal measure.

ELENA BAJO (born in Madrid in 1976, lives and works in Los Angeles and Berlin) initially studied pharmacology before switching to art. After studying architecture in Barcelona, she obtained a Master of Fine Arts degree at the Central Saint Martins School of Art in London in 2005. Since 2008, her works have been featured in numerous international individual and group exhibitions, including in the São Paulo Museum of Art (BR), Jan Van Eyck Academie Maastricht (NL), FRAC Normandie Rouen (F), Kai 10 Arthena Foundation, Düsseldorf (DE) and 3rd Mardin Biennial, Mardin (TR). In 2012, ELENA BAJO was the Artist in Residence in the BANFF Center, Alberta (CA), and at Platform3 in Munich. This was followed in 2014 by a residence in the Lab 18th St Arts Center in Los Angeles, USA. In 2017, ELENA BAJO was presented with the Audemars Piguet Award for the production of a work of art at ARCOMadrid and recently with the Foundation for the Arts Visual Arts Grant in New York.

ELENA BAJO’s work is based on anarchy as a fundamental mindset and moral stance: “Anarchy is [...] a radical and critical perception of one’s environment, directed against established norms. It feeds on the belief that everyone should be respected and has a right to exist – people, animals and plants alike. It is the affirmation of the living. At its core, it is critical of any form of power and oppression.”

Based on this outlook, ELENA BAJO explores themes such as space, politics, feminism and environmental awareness. The frame of reference used in her installations, sculptures and performances is generally composed of texts or other sources of knowledge, cut up into a Manifesto text that accumulates from previous projects. Besides anarchistic and feminist writings, she references alternative forms of knowledge and practices, spiritual traditions or paradigms of environmental activism.
The concrete starting point of ELENA BAJO’s works is the specific architectural space in which she composes each of her exhibitions. In doing so, she brings together objects and materials, bodies and other players in a non-hierarchical context. At the same time, she interweaves themes such as work, socio-economic questions and magic rituals with bodies, performances and materials. She calls this unique element of her artistic practice “anarchive”.

Because she sees her work as a process in which the artwork is in a constant state of generation and renegotiation, ELENA BAJO describes her approach as “un-choreographing” which translates into her way of composing with movement and bodies, what she calls “anarchoreographies”, non hierarchical trajectories used as a tool to articulate a sense of subjectivity and collectivity and the creation of a space in constant flux. In addition, she often integrates shamanistic rites and alchemistic processes because these can give rise to particular changes: “This is essential to my work: anarchists, witches and artists share this desire for change.”

In her minimalist works, the material (e.g. corrugated board, fabric, cement, stones, glass, plants) plays a central role. Loaded with significance, it builds a bridge to the references and theories, but should also be capable of making an impact and being understood in its own right. Here, the artist plumbs the depths of the inherent contradiction: dematerialising and working minimalistically yet allowing the material enough space for it to maximise its impact with a minimum of gestures.

For the TRIPLE EXPANSION exhibition, ELENA BAJO is developing a concept that analyses unexpected perspectives on pharmaceutical and plastic pollutants in tap water that come from legal and illegal drugs flushed down the toilet or from discarded industrial wastewater. She interprets the detection of such toxic residues by the means of laboratory reagents as a starting point for speculations about their possible role in future archeological research or spiritualism, or in utopian scenarios of drugs’ recycling and hydroponics.