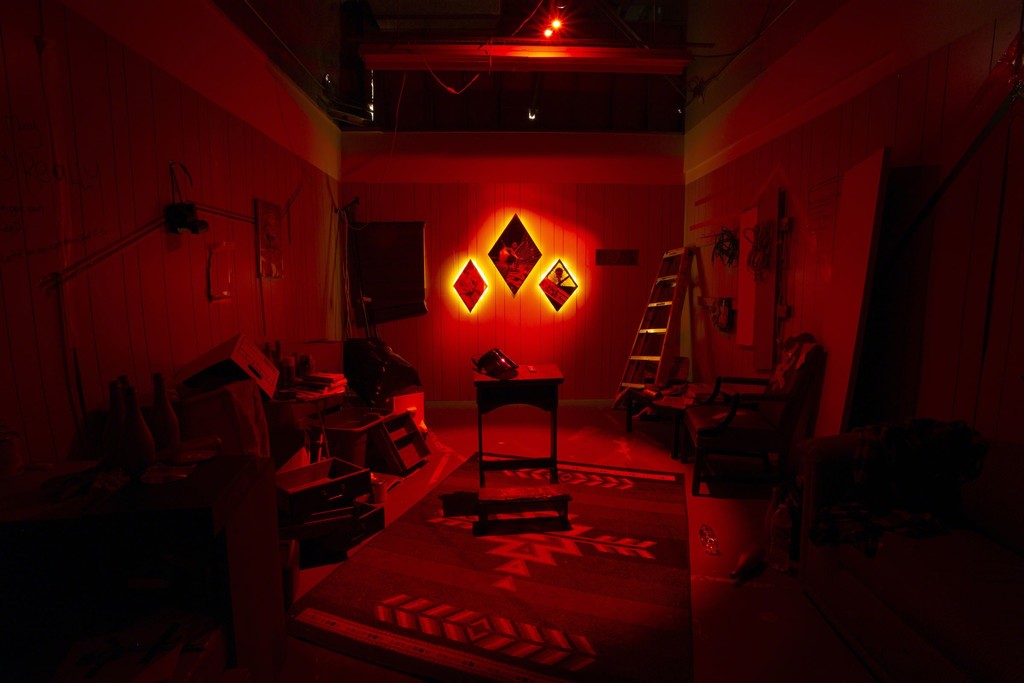 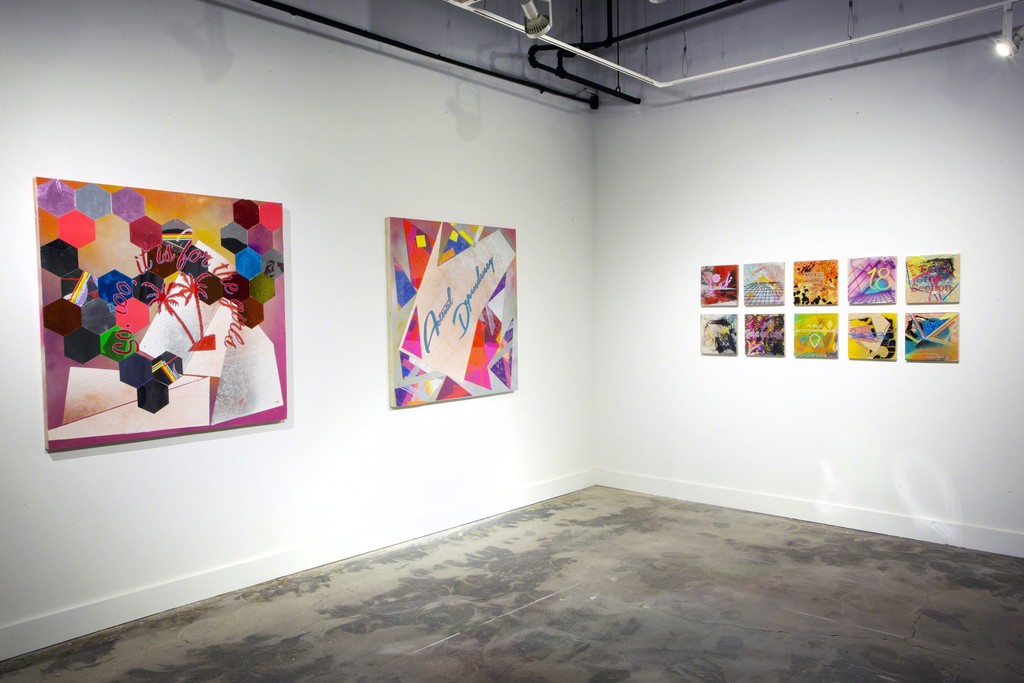 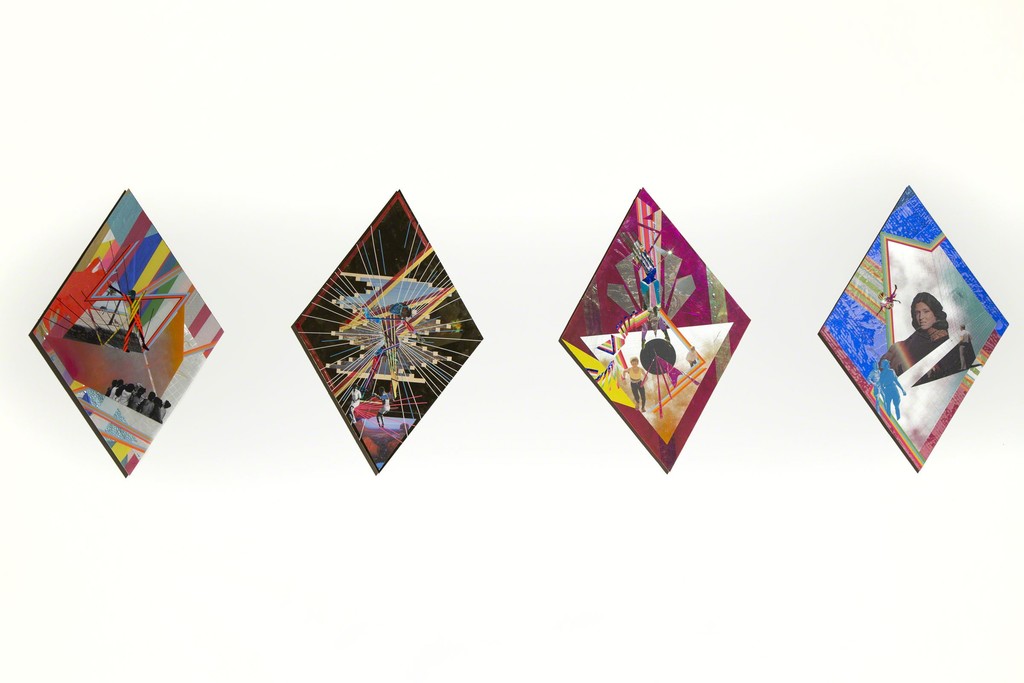 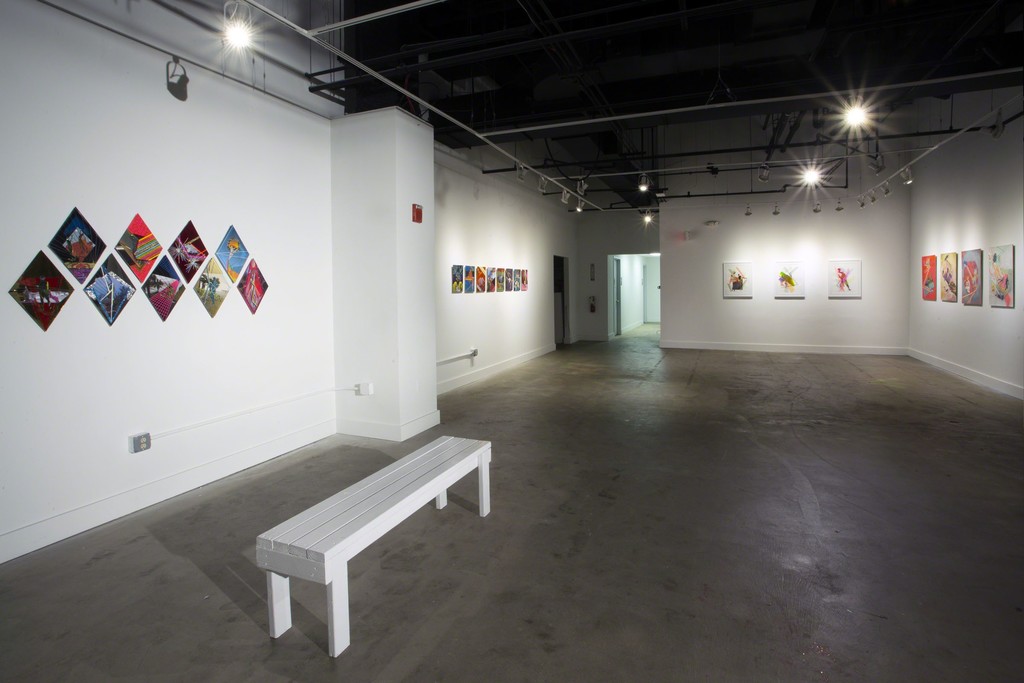 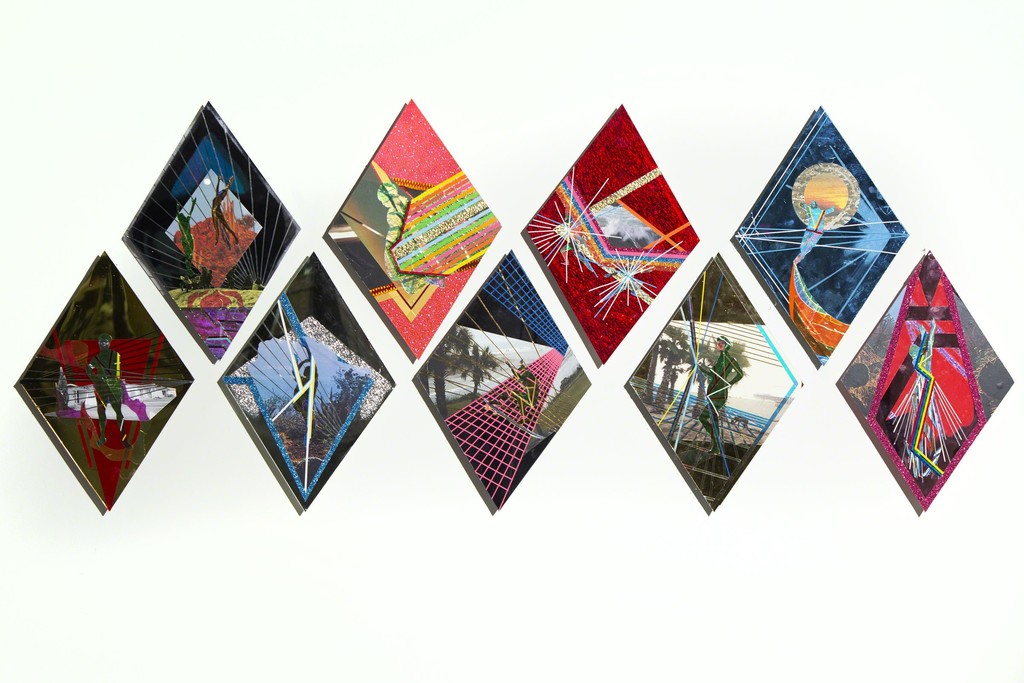 Project for Empty Space is pleased to present Dreams of Fire and Starshine a solo exhibition by PES Artist in Residence Delano Dunn. This multi-component exhibition will open on Wednesday, May 30th with a public reception from 6 - 8pm, at 2 Gateway Center in downtown Newark, NJ.

Delano Dunn’s Dreams of Fire and Starshine is a journey through past, present, personal, and potential futures in an intersectional feminist world. It is a contemplation on “real power” versus imaginary power and the internal reconciliation processes that we as a society go through in dealing with those perceptions of power. The overall aesthetic of the exhibition is definitively harkening back to a particular chronological perception of ‘the future’: Dunn pulls bright neon colors, neon lights, iridescent geometries and a Hollywood vibe that is specific to the 1980s.

The complete new body of work, which was created during Dunn’s year-long residency at Project for Empty Space, is presented in three distinct and nuanced phases. Understanding the intricate narratives of each section is an integral element to understanding the wholistic overture of the exhibition.

Part One: Jane Crow
Jane Crow is the first phase that one encounters when entering the Project for Empty Space gallery. It is a section that acknowledges not only an understanding of women’s rights today; but also, explores the history of how this foundation was built through the lens of the judicial system. Jane Crow laws are the female equivalent of Jim Crow laws: they restricted (and arguably in many ways still restrict) the movements and basic rights of American women, particularly American Women of Color. The pieces in this phase of Dreams of Fire and Starshine highlight the ways in which these laws were combatted by actors such as Ruth Bader Ginsburg, the ACLU, and Women’s Rights Project, and more.

Part Two: Everlasting Twilight
The second section is the most introspective and vulnerable examination of the artist’s own understanding of male identity. Dunn explains his self-analysis as a ‘realization of my shortcomings,’ and his belief in ‘an imaginary power I possess to change the world for my daughter so that she would not face the inequalities that are imposed upon women.” The raw vulnerability of Everlasting Twilight is not only a reflection of the artist’s own personal perspective; but can also be seen as an example of the type of male introspection, insecurity, and emotional fragility that exists, but is often hidden by the expectations of American society.

Part Three: Where Neon Bends
The final component of Dreams of Fire and Starshine is what Dunn refers to as an ‘all in’ exploration of what the world could have been if women from the future arrive in a constructed version of 1980’s Los Angeles, CA. In this fantastical future narrative, which is inspired by the Jackson Five video for Can You Feel It and the classic film Tron, imagines this group of women giving the world the gift of gender equality. The consequence of their arrival is the utter divestment of male dominance, and a reshuffling of power that ultimately leads to a new hierarchy where a select group of women is dominant. The glimpse into this potential future that is presented to the audience is a hodge-podge dystopian cult shrine to the matriarchy. Through this complex narrative, Dunn forces the audience to grapple with the misconstruction of feminism: Feminism is not about female dominance or gender hierarchies. It is about true equitable space for all genders, Male, Female, Trans, Non-Binary.

Dreams of Fire and Starshine will be on view at Project for Empty Space through August 10th, 2017.