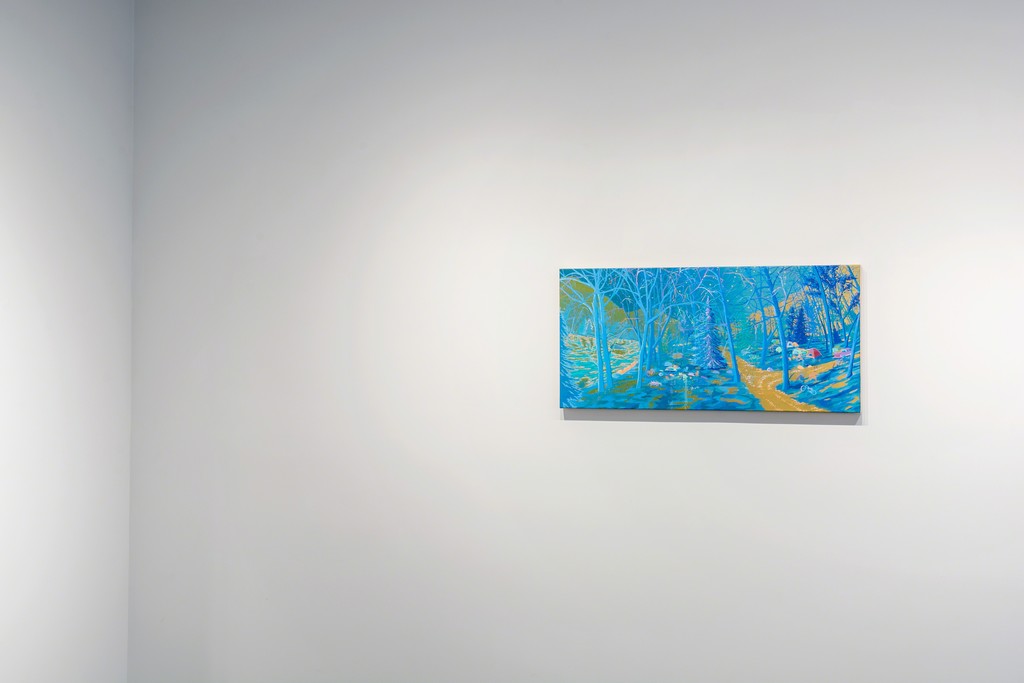 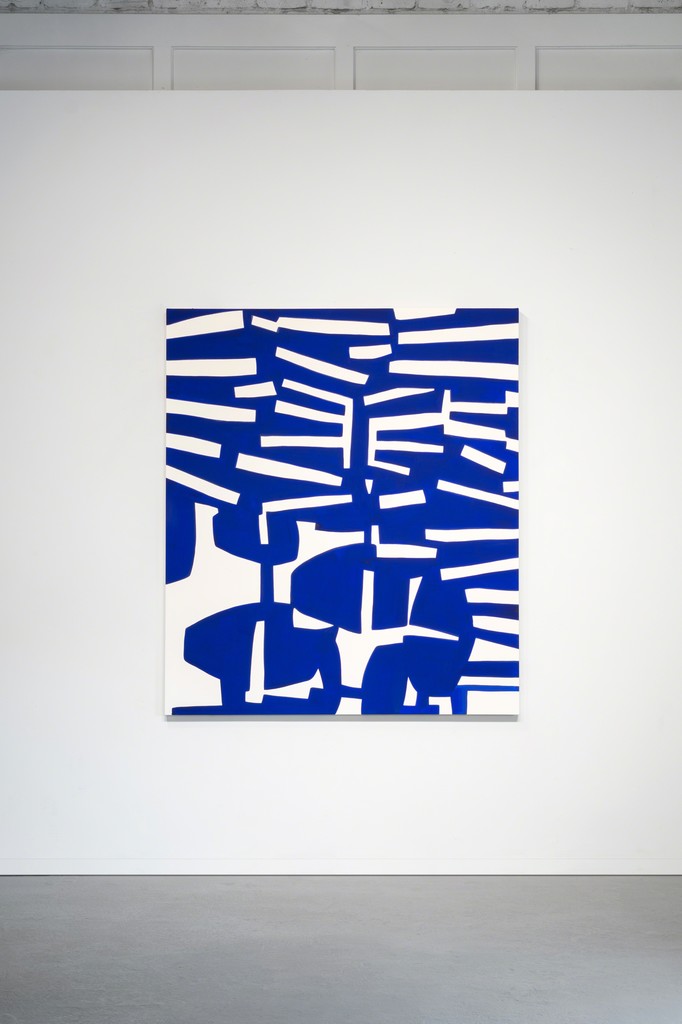 A painting on canvas by Raymond Saá. 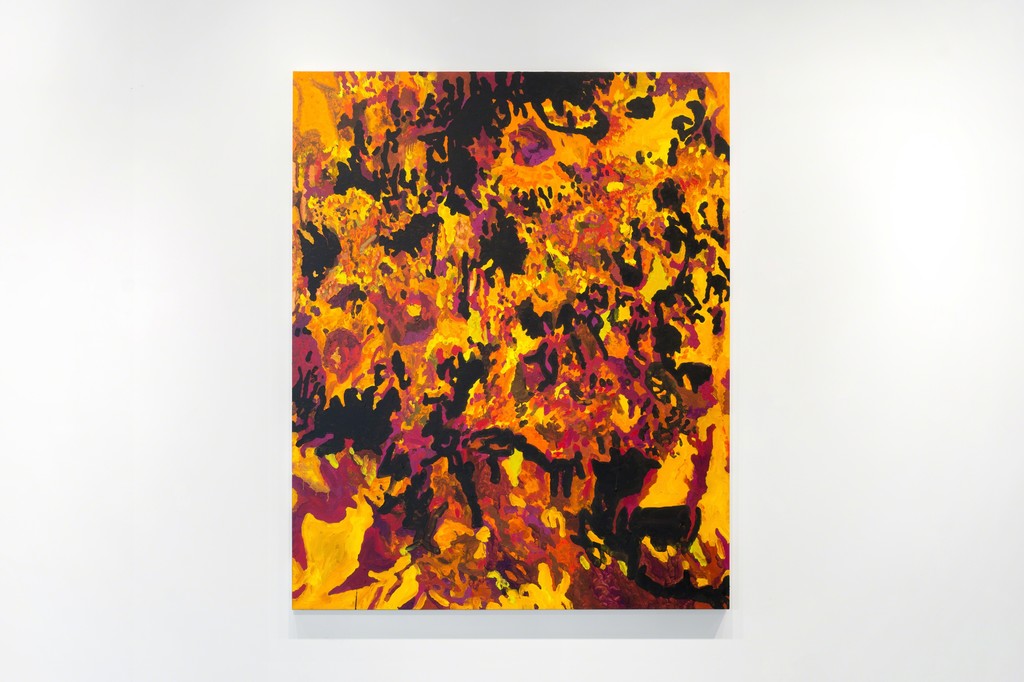 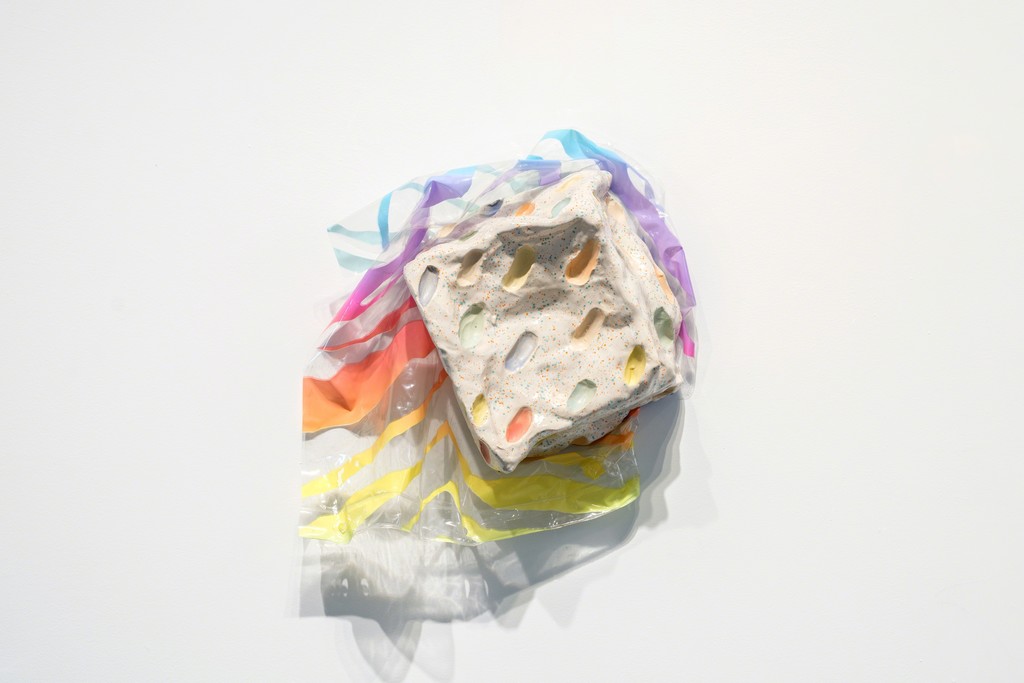 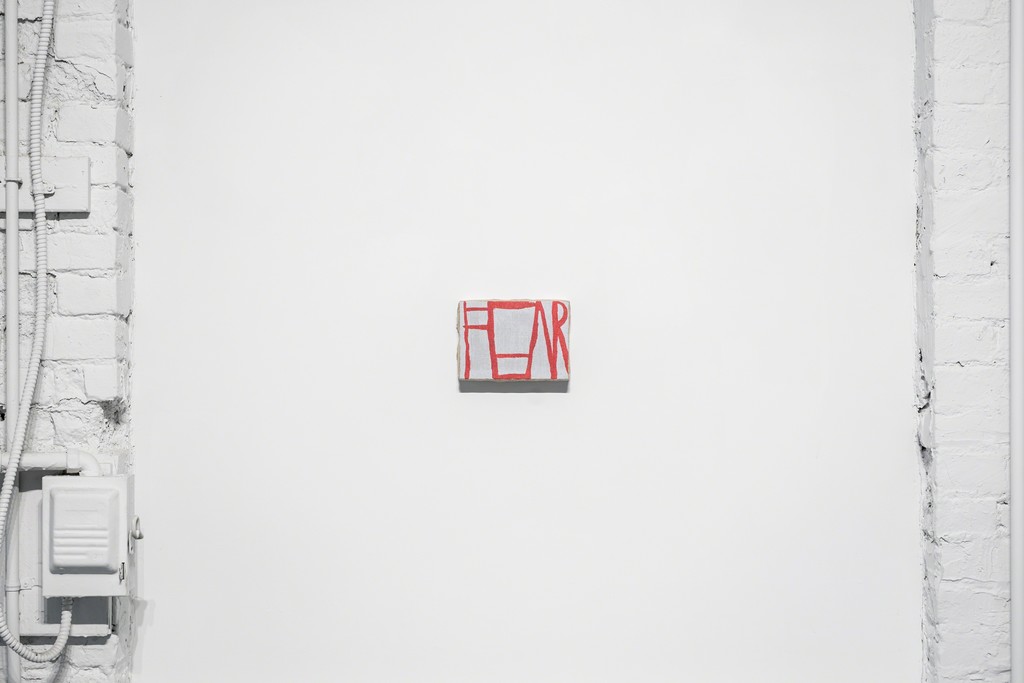 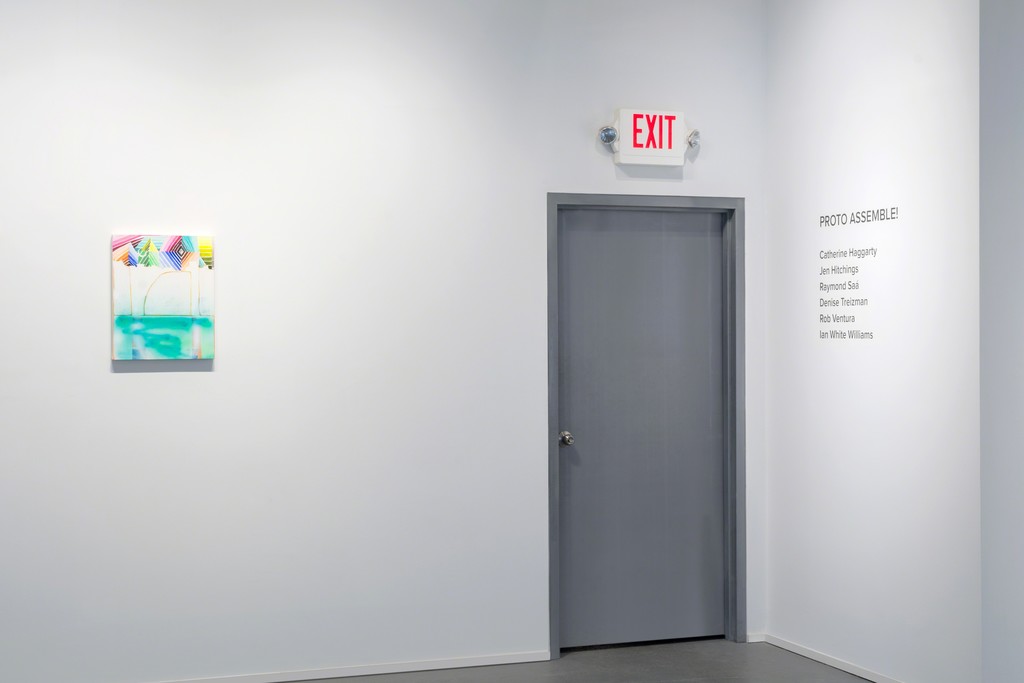 A small painting by Catherine Haggarty.

Catherine Haggarty received her MFA from Mason Gross School of Art, Rutgers University in 2011. She has shown her work at Life on Mars Gallery, Momenta Art, White Box, Opera Gallery, The Bowery Gallery & A.I.R Gallery in New York City, as well as Bridget Mayer Gallery in Philadelphia. Her curatorial work and writing includes essays for Curating Contemporary, The Curator, Ortega y Gasset Projects, White Box and PROTO Gallery, and she is a is a co-director of Ortega y Gasset in Brooklyn. She recently presented a solo exhibition of paintings and works on paper, WHAT IF YOU SLEPT at PROTO Gallery in February of 2017.

Jen Hitchings investigates the significance of communication, camaraderie, perception, and memory in contemporary American culture, using painted images of places and events where people gather and interact. In 2017, her work appeared at PROTO Gallery in the WE LOST OUR TAILS group exhibition (curated by MEN Gallery, LES NYC) as well as in group exhibitions at The Wassaic Project, Geoffrey Young, Pierogi, and 86 Orchard Street, and several of her paintings were recently installed at Newark Liberty Airport. She also presented a large outdoor mural on the facade of Ideal Glass in New York City in summer 2017. She is a co-director at Transmitter in Brooklyn.

Raymond Saá creates installations and collages that break down and reassemble abstract patterns found in nature. Saá is a professor of art at Drew University and has shown extensively in the greater NYC area and internationally. He recently completed a residency and large-scale installation work at William Patterson University in NJ and a residency and commission with the Public Art for Public Schools program in New York. His work has been featured in several group exhibitions at PROTO Gallery as well as a solo exhibition, FLIP YA LID, in spring 2017. He has been included in numerous group exhibitions at: The Dodge Foundation, Islip Museum, Wave Hill, Museum of Art Puerto Rico and El Museo del Barrio, and solo exhibitions at Court Gallery, White Columns, and Locust projects.

Denise Treizman is an artist born and raised in Chile, now based in New York with a studio at Elizabeth Foundation for the Arts Studio Program in Manhattan. She holds a MFA in Fine Arts from the School of Visual Arts, and has been invited to numerous residencies including, Ox-Bow, MASS MoCA Assets for Artists, and Vermont Studio Center. Her work repurposes and collages ready-made found objects, often combining them with brightly-glazed ceramics to create a unique composition. Treizman created an interactive public artwork for FLOW.16 at Randall’s Island Park and has been included in several recent group exhibitions at PROTO Gallery, Wave Hill, Ortega y Gasset Projects, and Alfa Gallery. In 2017 she has already had solo exhibitions at Soho20 Gallery, +/- Project Space, and at MEN Gallery, and she was the ArtSlant Round 5 Juried Winner for Installation Art.

Rob Ventura constructs paintings that explore the influence of digital media and the internet on current visual culture using abstract compositions in a dense system of patterning that elevate posterized web graphics and video game-like visuals to epic scale. Rob was the curator of TWILIGHT OF THE IDOLS and CALLING ALL, and recenlty presented a solo exhibiton of paintings and ceramics, FALSE INDIGO, at PROTO Gallery. He has recently participated in group exhibtions at SLA307, Signal Gallery, Freight + Volume, and Marquee Projects. He holds a MFA in Painting and Drawing from Boston University.

Ian White Williams not only produces simple and elegant paintings and drawings, but sculpture and performance as well. He has exhibited extensively in Philadelphia as well as around the United States, including a recent group show at Edward Thorp Gallery in New York. An accomplished teacher and curator, he has recently assembled group exhibitions for the Bushwick Open Studios, PROTO Gallery, and alternative spaces in Philadelphia, and has been included in several group exhibitions at PROTO Gallery including WE LOST OUR TAILS and MEGALODON as well as a duo-ehibition with Ellen Siebers in 2016. He recently co-curated AMALAMALAMOO, a Pop up exhibition of 5 Philadelphia painters, and has participated in group shows at Boecker Contemporary Black Box and JB Kline Gallery. He will present a solo exhibition at PROTO Gallery in winter 2017.