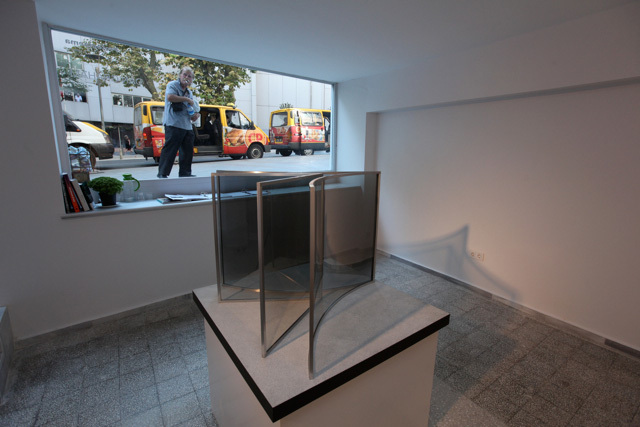 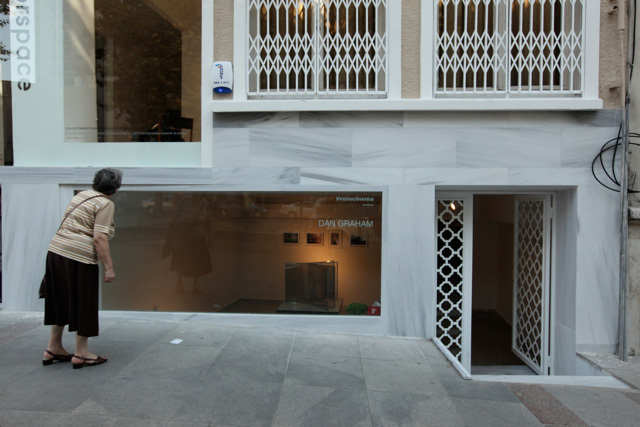 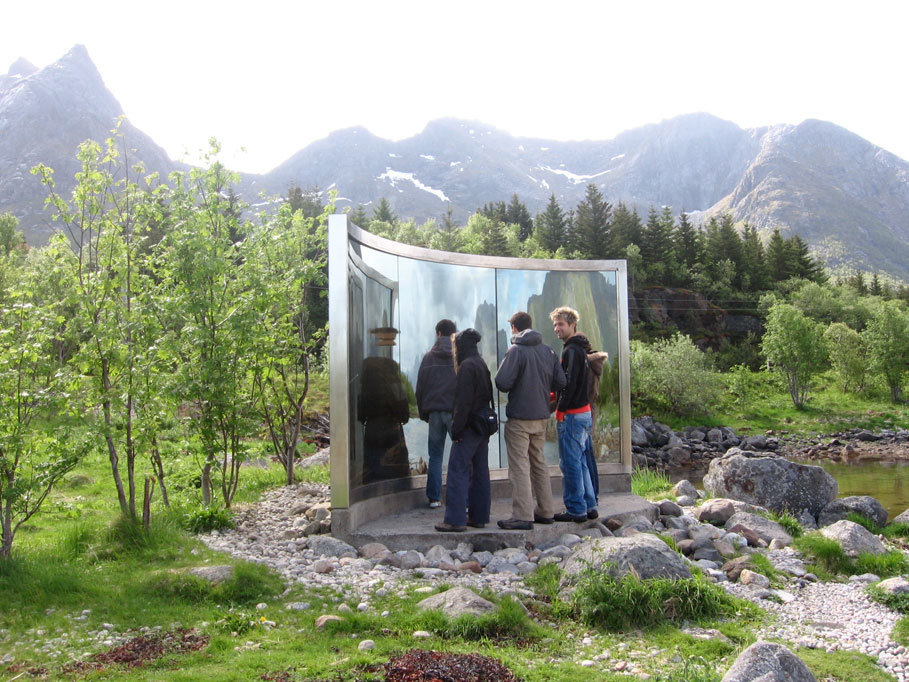 Reviews:
Dan Graham talks to Can Altay: Cities, Models, People, Sanat Dünyamiz 126
Press Release
Protocinema is pleased to open with an exhibition of works by Dan Graham. Among the primary concerns in Graham's work are his interest in language, music, architecture and the ways in which spaces define, and are defined by, social interaction. As Protocinema is an experiment in making moving exhibitions, in New York and Istanbul, the confluent shifts of meaning, location, space and audience have shared importance. The opportunity for Graham to exhibit his work in a storefront near Taksim Square, the center of Istanbul, expands his dialogue around responses to the public spaces of corporate capitalism.

Central to Graham's practice are relationships between his work and its audience. The works on view at Protocinema focus on fabricated public spaces. "Death by Chocolate", 1986-2005, was filmed entirely in a shopping mall in West Edmonton, Canada, at the height of mall-mania in the Americas. It explores the interior of the mall and the wide variety of seemingly disparate activities contained within, including a caged man wrestling a tiger. Another work, "Pavilion, Semi-Circular 2-way Mirror", 2006, is a model or sculpture of a potential future pavilion. This work is an extension of his ongoing practice, started in 1978, of creating large scale public pavilions that merge sculpture and architecture. Constructed to give the viewer a disoriented, new experience of their surroundings, the pavilions vary in form and material, which can include glass, steel and/or two-way glass, mirror and aluminum, depending on their location. The architecture historian, Beatriz Colomina, writes - "Graham understands his pavilions to be in an explicit dialogue with the long history of architectural pavilions. He often refers to the primitive hut of Marc-Antoine Laugier's mid-eighteenth-century essay on architecture, nineteenth-century park gazebos, national pavilions for the exhibition of commodities in international fairs, twentieth-century temporary pavilions built by modern architects for expositions and international fairs, and even bus stops and telephone booths."